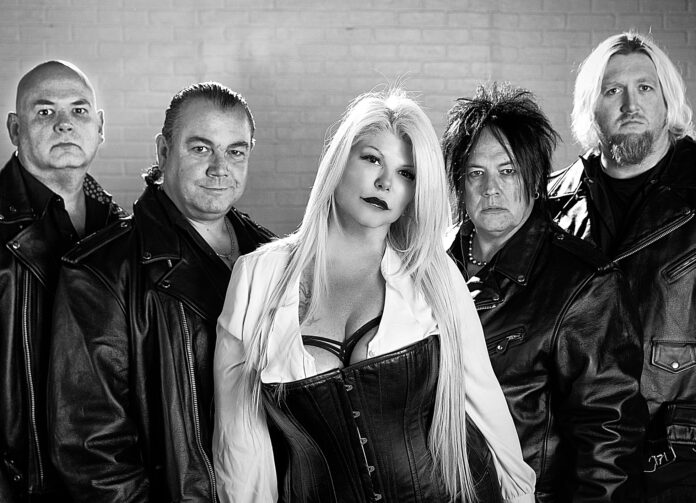 Baltimore-based rock band SIGNAL 13 have spent the last year turning heads with their debut original release in April 2020, “Destination Unknown.” The band has made their mark with a mix of high-energy rock n’ roll that combines the best of modern and classic rock. Their first three independent singles and videos, “Dirty”, “Stay With Me”, and most recently, “All Fired Up”, have risen quickly, with over 3.5+ million streams and views on all platforms.  Catch them this Friday, July 2, 2021 opening for Steve Adler of Guns ‘n Roses at Jergel’s in Warrendale, PA.

They have opened for nationalacts such as Great White, Kix and Vixen and have planned dates with Tesla, Slaughter, Steven Adler (of Guns N’ Roses),LA Guns, and others. The band was invited to perform at the 2022 Monsters of Rock Cruise, as part of a lineup that includes headliner Alice Cooper, along with Lit, Winger, Great White, Kix, LA Guns, Skid Row, Vixen, Bulletboys, Faster Pussycat, Queensryche, and others. Most recently, Signal 13 was invited to perform at the inaugural Monsters On The Mountain festival in Tenessee in fall 2021 as part of a lineup that includes Night Ranger, Tesla, Vince Neil of Motley Crue, Winger, Slaughter, and others.

SIGNAL 13 are always looking for new opportunities –new venues, tours, goals, and fans –because that’s what it’s all about: the fans. Every day is a chance to bring their music to all corners of the world.Lead vocalist, Vicky Starr states; “The idea behind Signal 13 is to perform high-energy rock with a modern twist.We are really excited to bring this energy to everyone that hears us play.” The band built their reputation through hard work, touring the East Coast of the US and performing 150 club and festival shows since forming, honing their stage show and writing several albums worth of original songs.

Their goal is to create the bestoriginal high energy music they can and to always put on the best performance every night -entertaining fans through their stage show, music and audience interaction.The band’s debut ‘Destination Unknown’ is packed with anthemic choruses, melodic riffsand muscular focus.It has been well received by more than a dozen reviewers who have compared their music to such bands as AC/DC, Led Zeppelin, Aerosmith, Kix, Joan Jett, Cinderella, and Suzie Quattro.