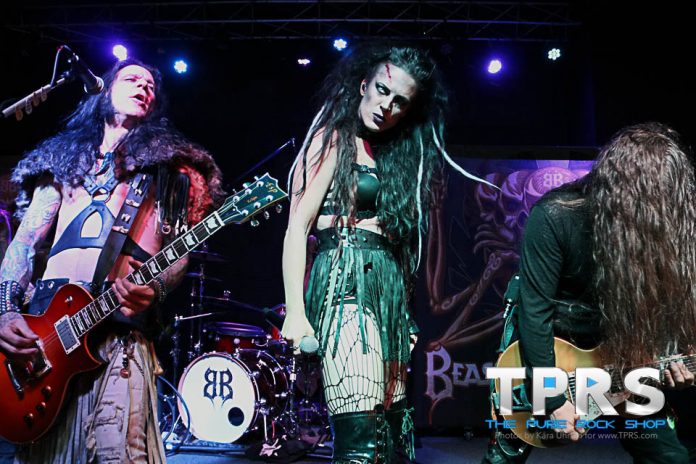 The Pure Rock Shop has had the great opportunity to spend some quality time with the band Beasto Blanco over the past couple of years, and it certainly has been a fun ride watching the evolution of these “characters.”

With leather-clad “Motor Queen” Calico Cooper adding an intoxicatingly feminine touch to balance the gritty vocals of frontman Chuck Garric, the band introduced themselves to the crowd at the Cleveland Agora by cranking up their anthem “Beasto Blanco,” asking if we were “Ready to Go,” and then returning back to their first album for the crowd favorite “Freak.” 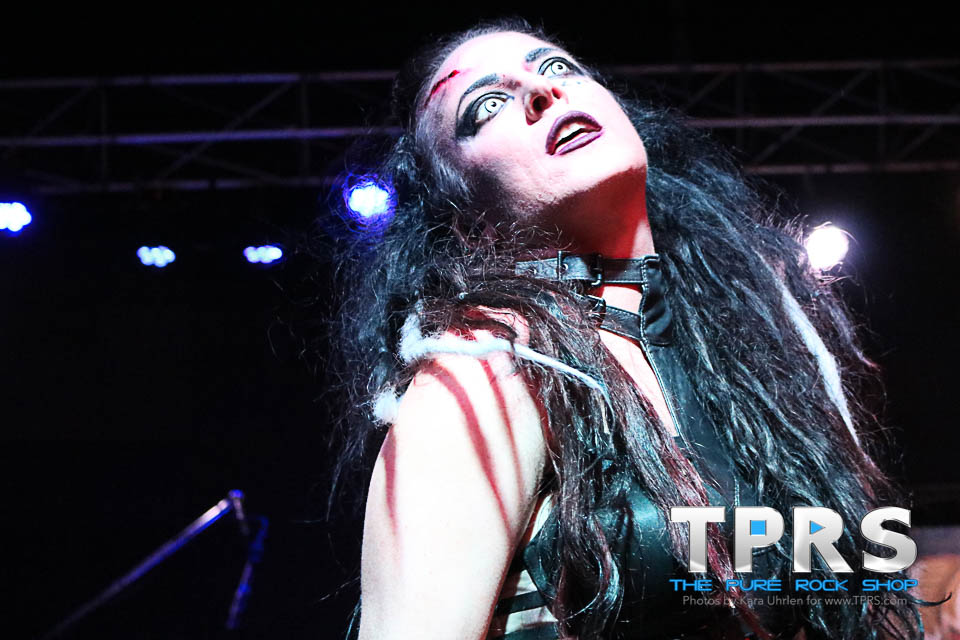 The duo of Garric and Cooper were joined by Brother Latham on guitar, Jan Le Grow on Bass and Sean Sellars on drums, who tore through many of our favorites like “Grind,” “Honey,” and “Death Rattle,” in addition to introducing “We Got this” later in the set and ending the evening with their cover of the Alice Cooper favorite “Feed My Frankenstein” and “Breakdown.”

Honestly, their stage show is not something that can easily be captured in words or on film. So, we encourage you to get up and personal with Beasto Blanco when they come through town to quite literally get hit over the head with a nail-studded baseball bat! 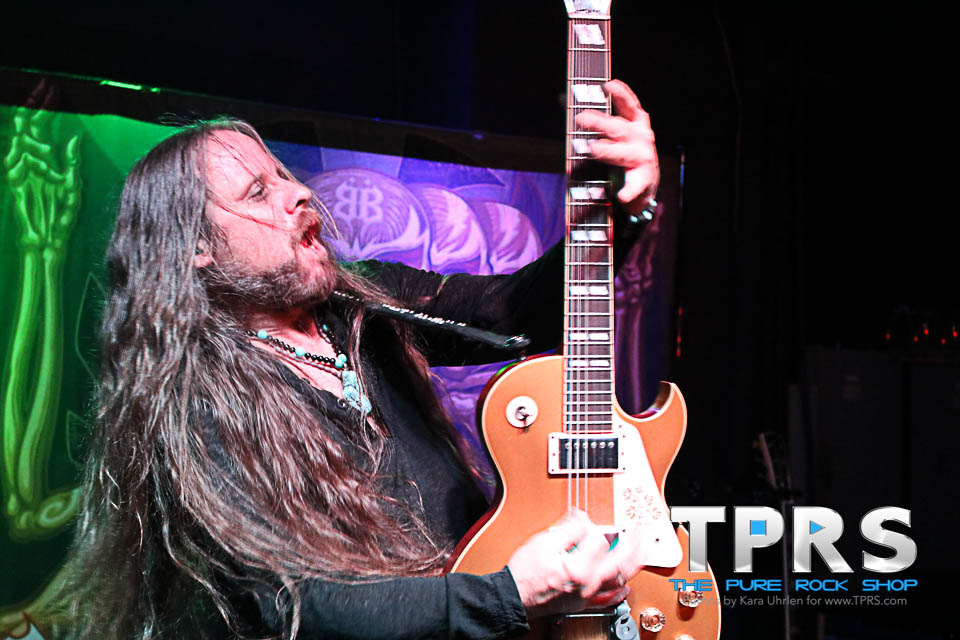 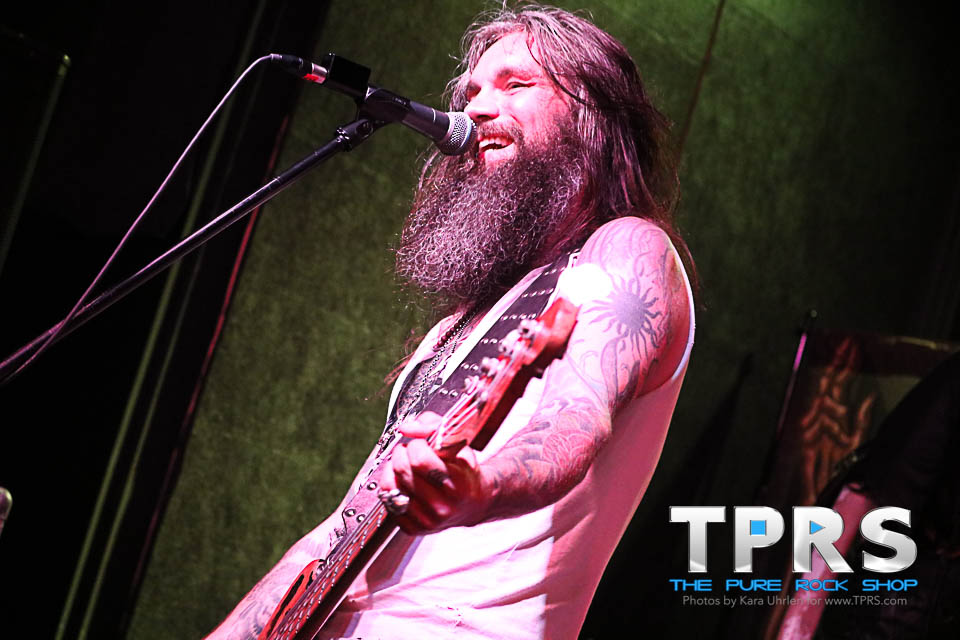 The Monstrous Things Tour continues with dates later this week:

Catch more radio interviews and pure rock programming, including several Beasto Blanco cuts with new introductions from the whole band on 91.7 FM WNJR Washington / Pittsburgh and online at WNJR.org daily from 3pm EST – Midnight.  And follow us @ThePureRockShop for the latest news. 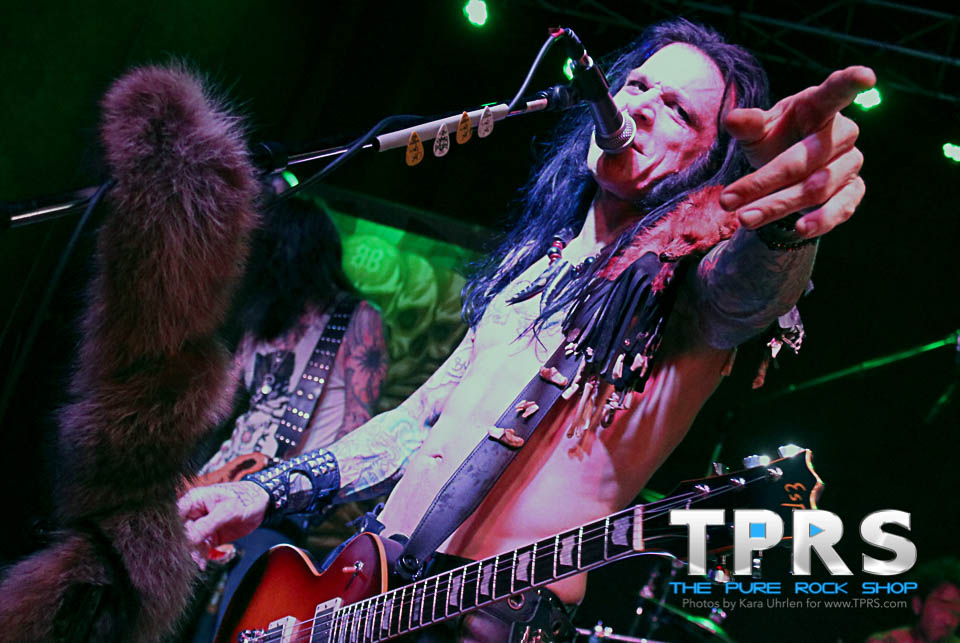