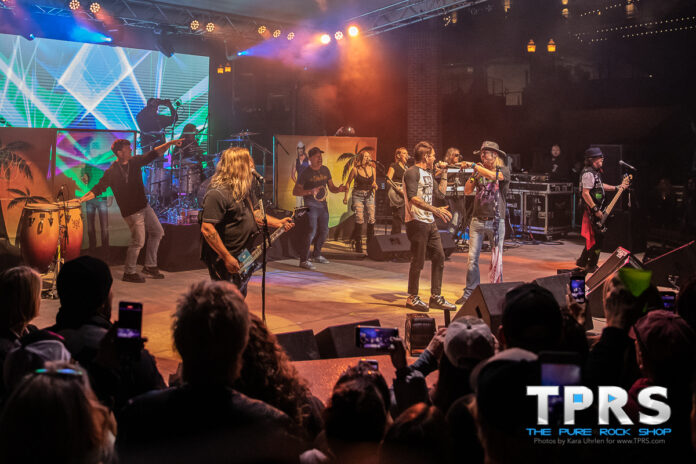 We were bundled up in coats and trying to warm our hands during an unseasonably cold week in Georgia until the Bret Michaels Band heated things up with a set of Poison classics on Friday night.  Fans poured into the outdoor Bowl venue at Sugar Hill, just north of Atlanta with picnic baskets and adult beverages as The Georgia Thunderbolts got the groove going. And, visions of palm trees and sunshine teased us before the headliner took the stage.

In anticipation, the speakers rang out with a heavy-hitting set list of arena rock classics from bands like Def Leppard who joined this Poison frontman on the stadium tour all summer. As the Bret Michaels Band was introduced, the crowd was invited to form a ‘party pit’ in front of the stage allowing the band to get up close with the fans, shaking hands, sharing laughs, and bringing the Nothin’ But A Good Vibe Tour to the city of Sugar Hill. 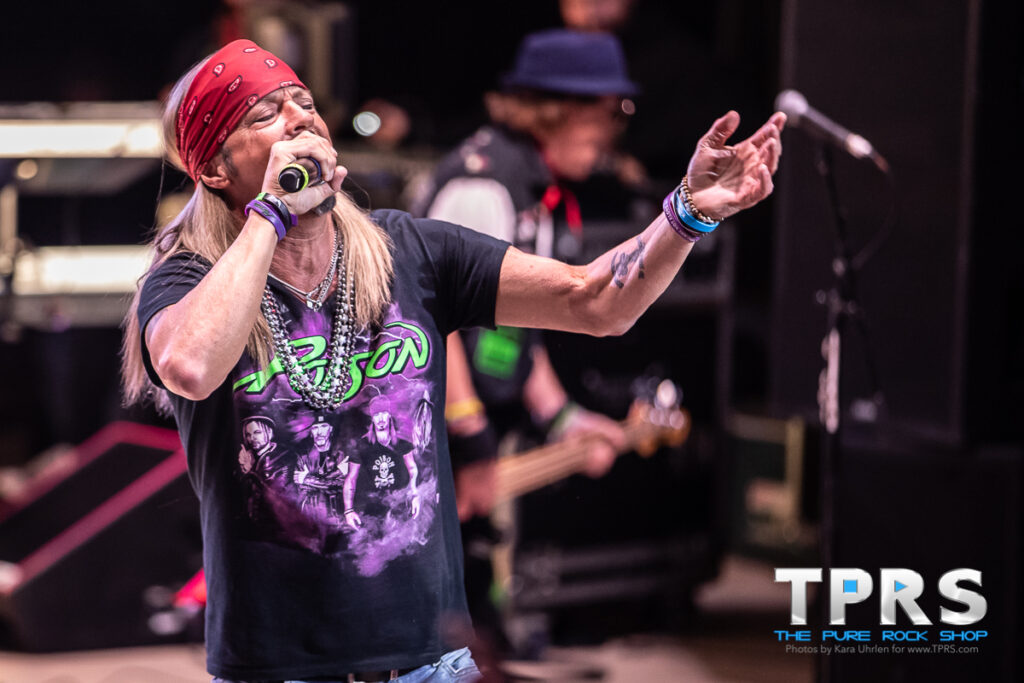 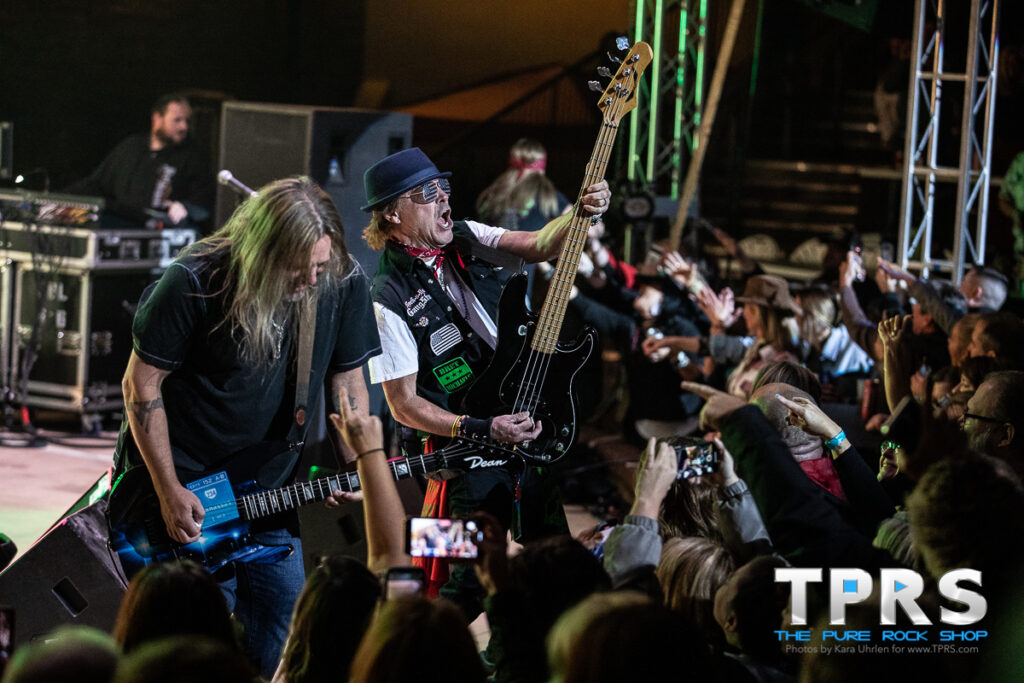 The venue offered up both chair seating and boxes that allowed for tailgate-style gatherings for fans of all ages, and despite the huge crowd that gathered in front of the stage, the bowl was packed with fans holding their phones in the air for “Something to Believe In” as Bret honored the memory of his friend Loretta Lynn who passed away earlier this month and our first responders and military as always.

In 2021, in a Facebook post where the official Bret Michaels page had tagged Lorretta Lynn, Bret noted that “The world would be a lot better place if we started spreading a little more hope & sunshine & a little less fear & hopelessness.” I for one will raise a toast to that! And how well it fits with the theme of this tour! 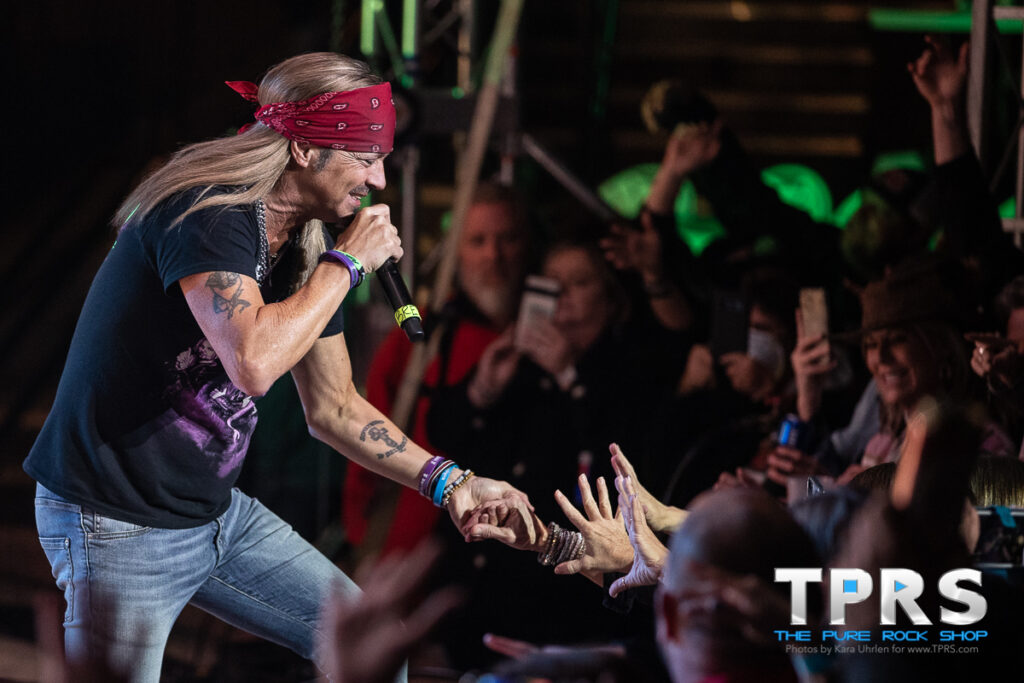 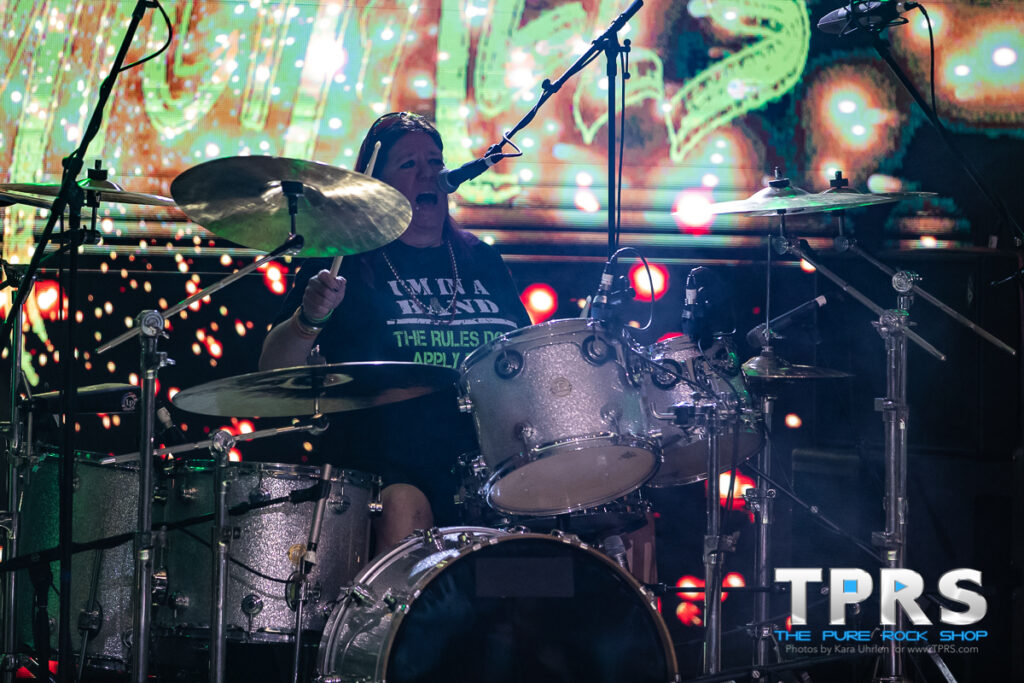 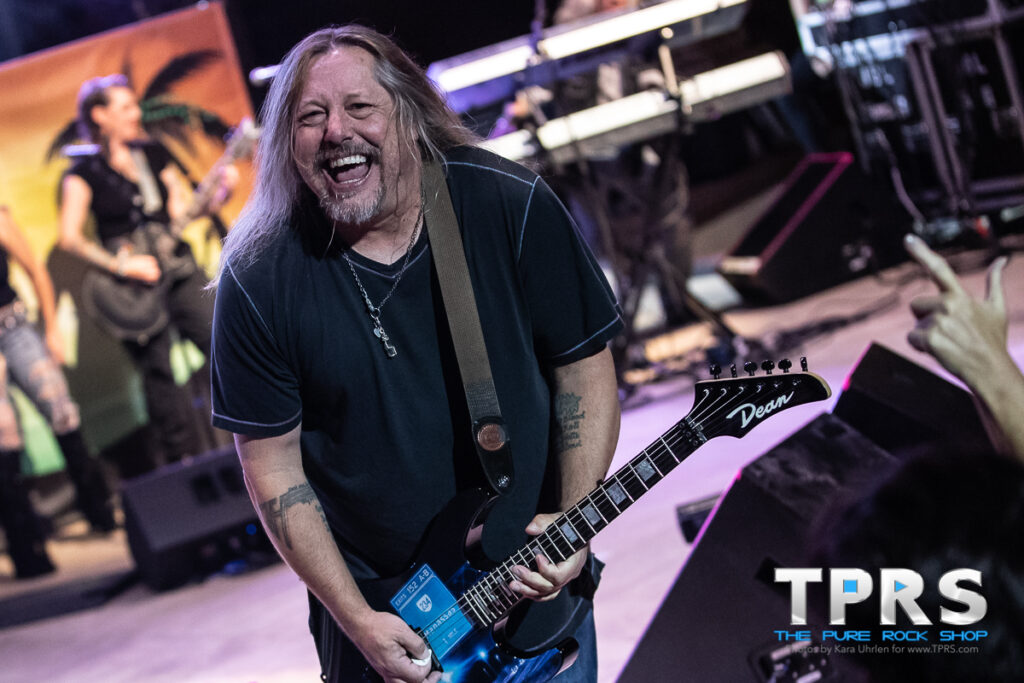 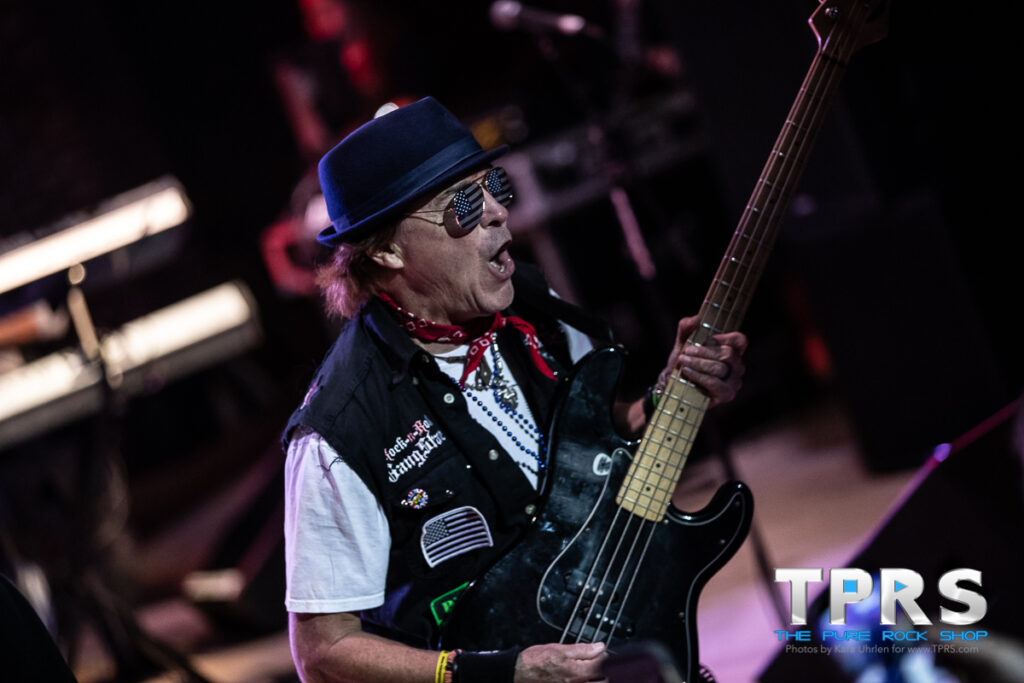 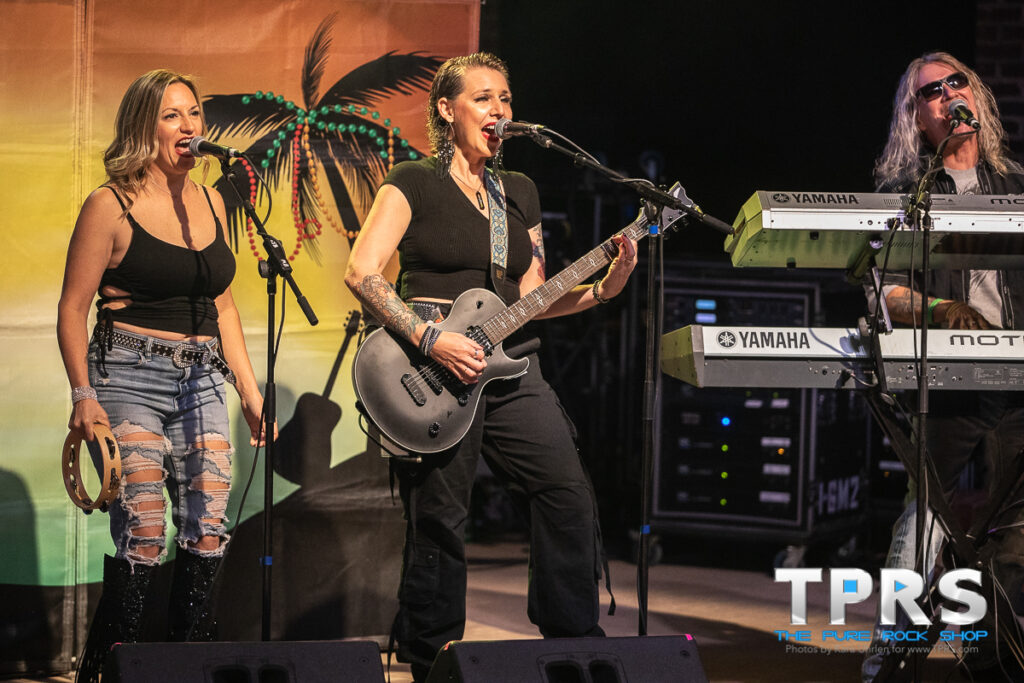 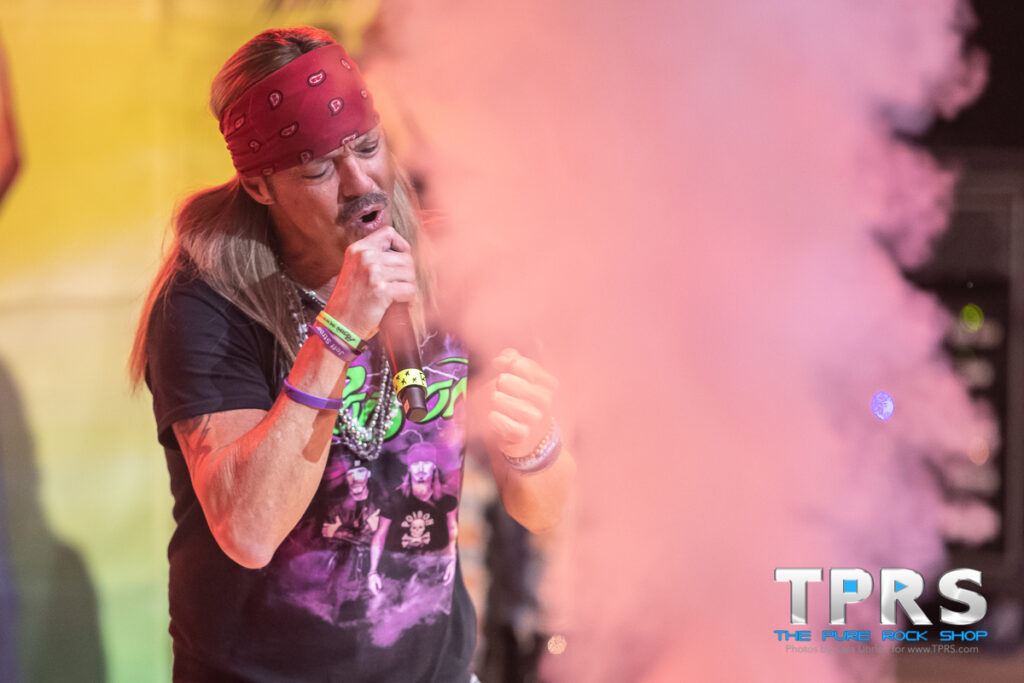 Bret Michaels was joined by guitarist Pete Evick, bassist Norman Voss, drummer Meri Schaefer, keyboardist Rob Jozwiak, Becci Clark on vocals and percussion, and Kara Davis on vocals and guitar. The band covered favorites like “Talk Dirty to Me” and “Unskinny Bop” that kept us dancing all night before closing out the evening with Lynyrd Skynyrd’s “Sweet Home Alabama” and a finale of “Nothin’ But A Good Time” with special guests from Lit and Hoobastank, who could be found performing along with Alien Ant Farm and Kristopher Roe of The Ataris as part of their the Tried & True Tour at the Eagle Theater across the street the following night. 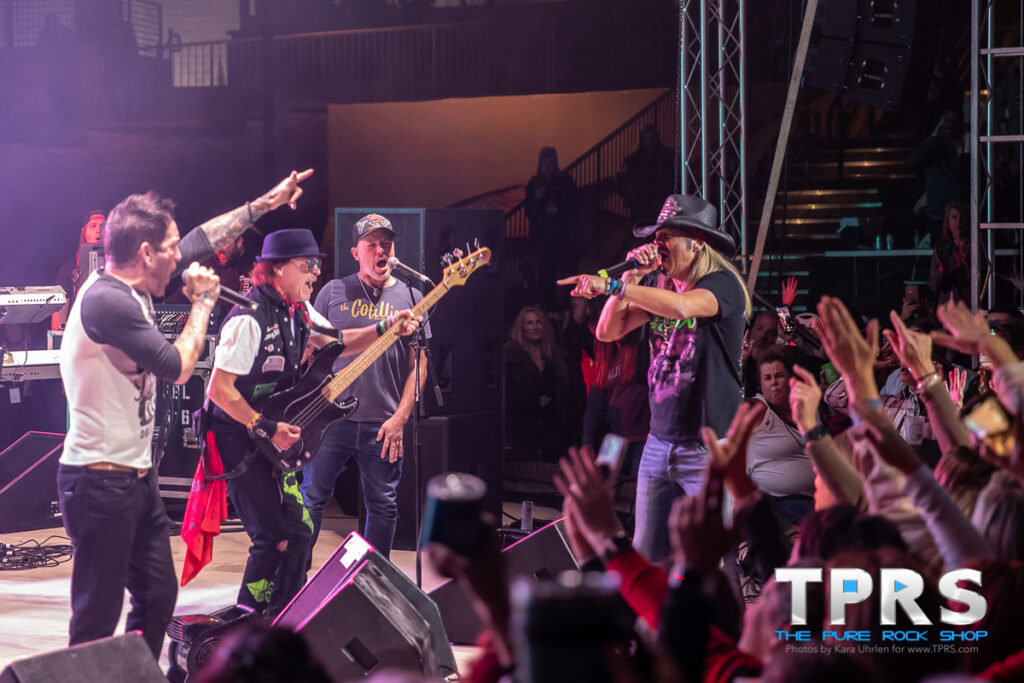 Check back for full coverage of that show, and follow us @ThePureRockShop on Facebook and Instagram for more local show and festival coverage, including a post Thanksgiving party with the Bret Michaels Band at The Palace Theater in Greensburg, PA. Can’t wait until November? Catch the band on the road now and check out our Poison stadium tour coverage from PNC Park in Pittsburgh here.