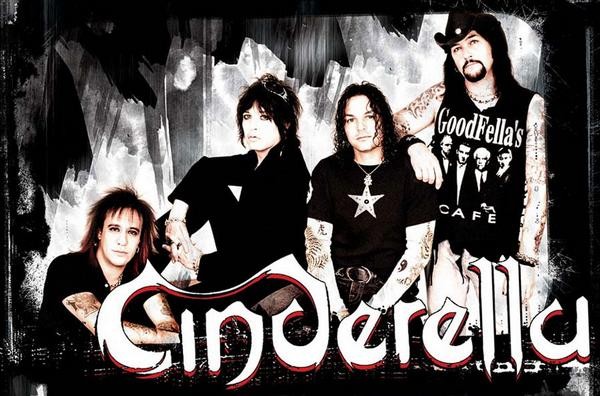 This summer’s Rock Never Stops package tour featuring Firehouse, Quiet Riot, Ratt, and Cinderella visited Canton, OH, home to the Pro Football Hall of Fame (and not much else) this past Tuesday evening. While the bands played to a modest audience at the Civic Center, the show was nothing short of stellar.

Firehouse kicked off the evening with great enthusiasm inviting the audience to get up off their seats and join them for some fist-pounding fun with favorites like “Don’t Treat Me Bad,” as well as new material off their latest release, Prime Time. Also, with local boy, Allen McKenzie, on bass guitar, it was a special treat for the local audience of friends and family.

With original members Bobby Blotzer and Warren DeMartini holding down the pack, Ratt took the stage next performing a lengthier set of classics like “Wanted Man,” “Way Cool Junior,” and “Round and Round”. While rumors of a Ratt reunion have recently surfaced, there are no complaints about the current line-up with features Jizzy Pearl on vocals, Robbie Crane on Bass, and John Corabi on guitar.

As one of the only bands of the era still going strong with all original members, headliners Cinderella went first class all the way with a piano and sax solos, and an invigorating pyro show that fueled the already enthusiastic crow. From Tom Keifer’s passionate vocal performance, to Jeff LaBar’s stylish wardrobe, this is a band of true rock stars. While they did surprise us with a rendition of “Still Standing,” the remainder of the set consisted of fan favorites from video hits like “Nobody’s Fool” and “Shelter Me” to the bluesy rockers like “Bad Seamstress Blues” and “Last Train.” As they closed the evening with “Shake Me,” their talent and energy was undeniable. One could only wonder when we will see a new album from these guys. (Interestingly there were some sampler discs floating around from Naked Beggars featuring performances from Eric Brittingham and Jeff Labar that will perhaps fill the void.)