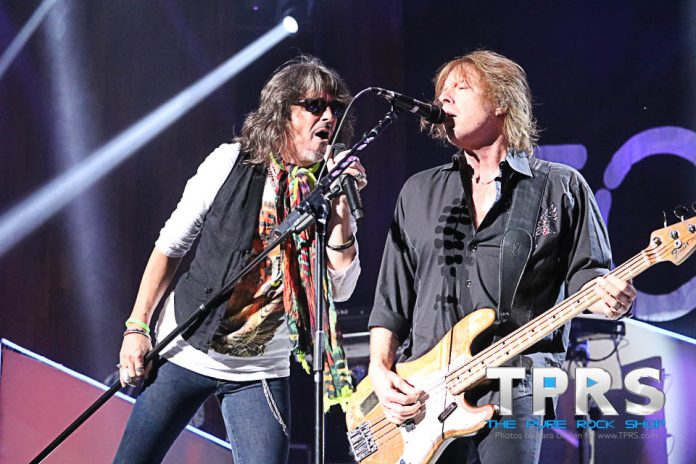 The Pure Rock Shop caught up with the “Juke Box Heroes” tour at Blossom in Cuyahoga Falls (Akron) Ohio on Tuesday, July 10th where a crowd of over 15,000 were in attendance.

It was awe inspiring to watch everyone from the reserved seats to the packed in lawn light up the night sky with their cell phones as the evening wound down with Foreigner‘s classic “I Want to Know What Love Is,” joined by a local choir of teens in an effort to encourage support of the arts in schools as we’d discussed with bassist Jeff Pilson prior to the show.

And perhaps even more inspiring to have my own children in attendance singing every word to every song that evening, speaking directly to the impact of the music from this loaded triple-bill has had on rock and roll history.  After all, Led Zeppelin wrote the song “Rock and Roll” and their legendary drummer’s son Jason Bonham and his band were in check for the second summer in a row to warm up the crowd with songs that have truly stood the test of time.

While Foreigner‘s debut nearly pre-dates me, with the band celebrating 40 years on their last tour, and Whitesnake celebrating a similar milestone, it’s pretty amazing to think about how many generations their music has touched and how that audience continues to grow with each new album and tour. 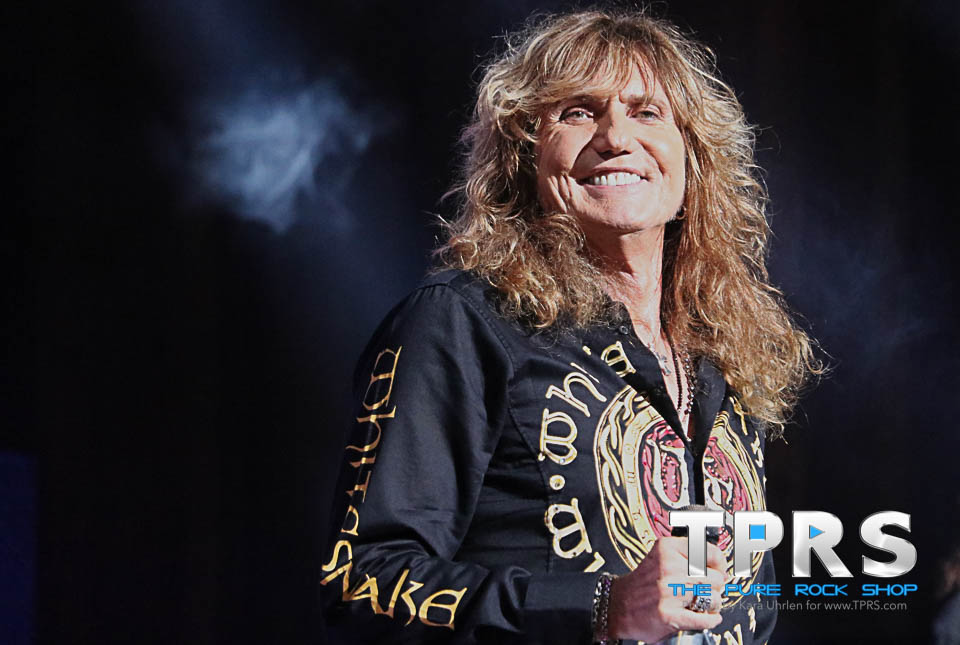 Historically, Whitesnake frontman David Coverdale has surrounded himself with a long list of talented guitar “heroes” like Moody, Vandenberg, Vai, Sykes, Campbell and the list goes on, these days are no exception with long-time member Reb Beach (Winger) and Joel Hoekstra (Trans-Siberian Orchestra) sharing duties and solos like their collaboration that followed “Slow an’ Easy” from the Slide it In album. 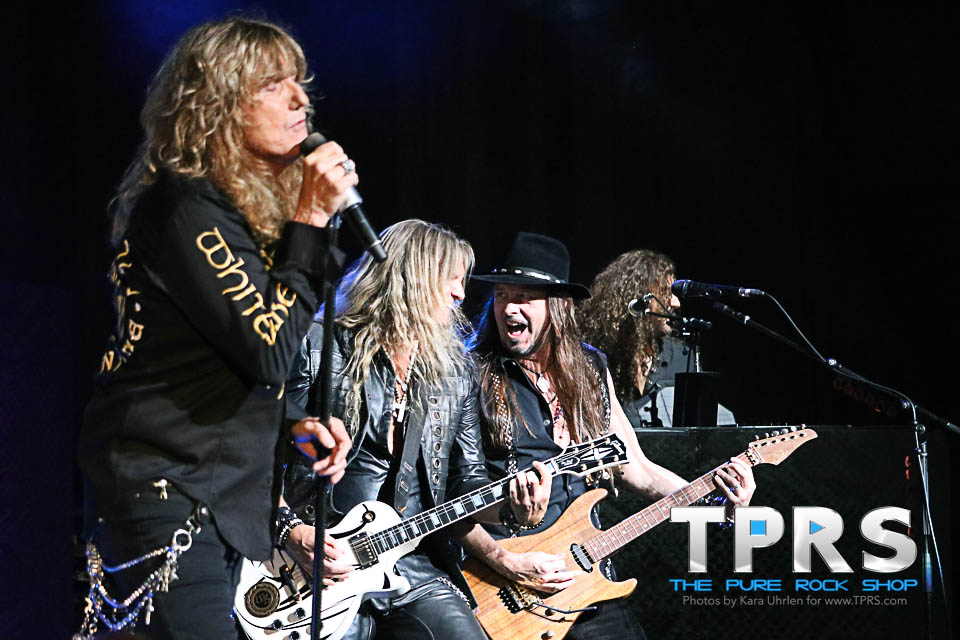 Rounding out the band with hard-hitting (who needs sticks) Tommy Aldridge on drums, Michael Devin on bass, and Michele Luppi (Vision Divine, Secret Sphere) on keyboards, we knew we were in for quite a night.  While treated to Deep Purple classics like “Burn” and “Stormbringer” the last time around, this evening’s set offered a focus on the big hits that we all remember from the MTV video-era of the eighties like “Slide it In,” “Here I Go Again,” and the enchanting “Still of the Night.”  All of which showcase that classic Coverdale voice above the sounds of screaming guitars and pounding rhythm. Who could ask for more? 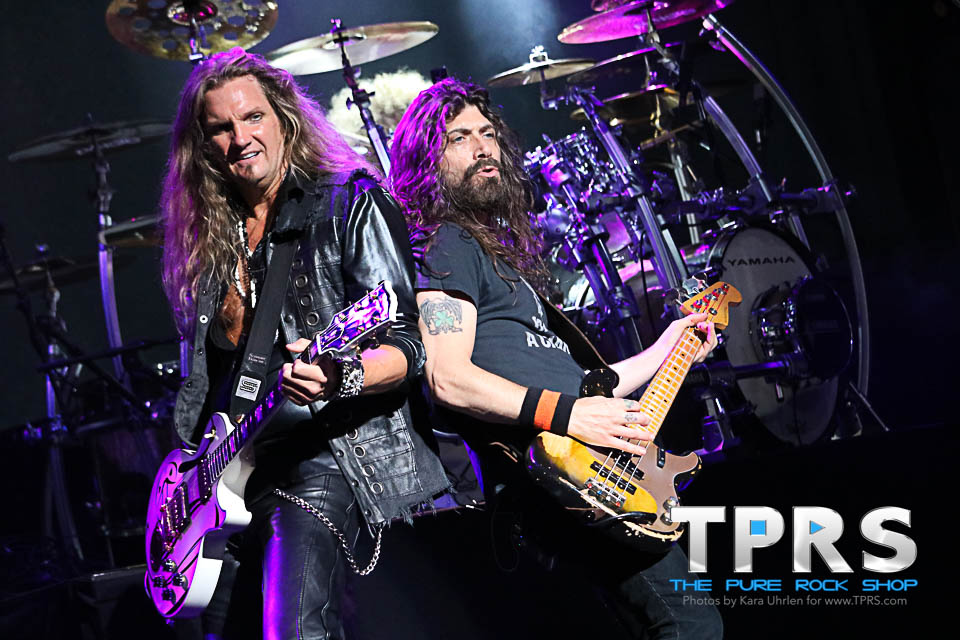 Well, there is more, because, when we spoke to Whitesnake guitarist Joel Hoekstra before the show, he gave us some great news about the follow-up to the band’s Purple Album, entitled Flesh & Blood.  So there is certainly no sign of slowing down any time soon for the snakes.

And when Whitesnake closed out the set, the evening certainly was far from over. Foreigner, kicked things off with “Long, Long Way From Home” taking fans back to the band’s debut album, and had us singing along in no time with “Double Vision.”

As promised the evening was full of special moments like Mick Jones’ performance of “Starrider” complete with a pretty cool laser show to highlight his solo, and the extended intro to “Jukebox Hero” with solos from drummer Chris Frazier and keyboardist Michael Bluestein allowing vocalist Kelly Hansen to make his way through the crowd for a second time that night and “rise” to the occasion on a moving platform near the soundboard.  As is customary, they finished the evening with “Hot Blooded” and for the first time in a while Jeff Pilson actually played his own instrument for the song. 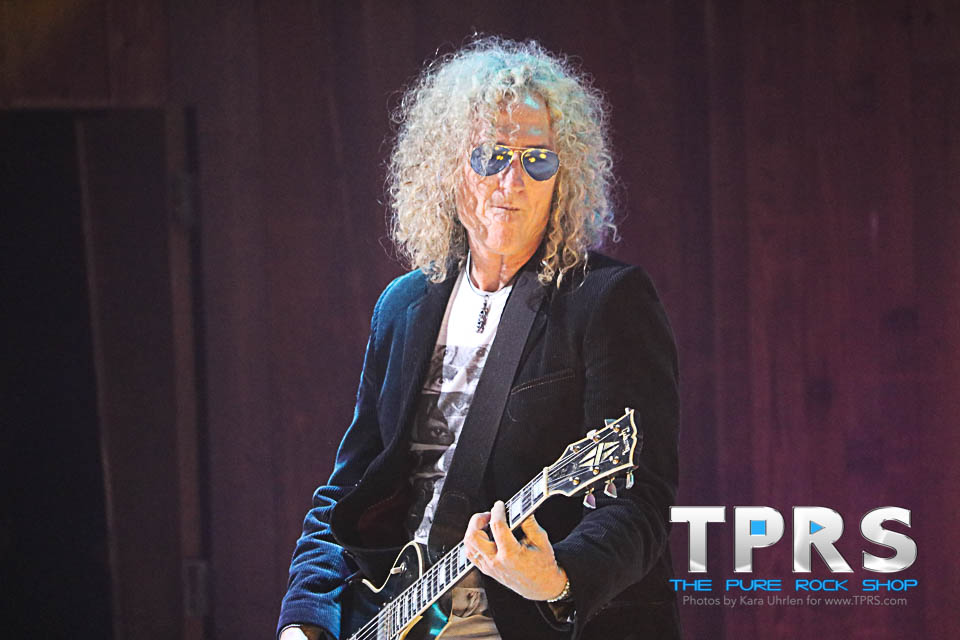 Once this tour is complete, Foreigner will be heading over to Australia for a run of dates this coming fall.  For more information on the Juke Box Heroes tour, pleas visit Foreigner at www.foreigneronline.com 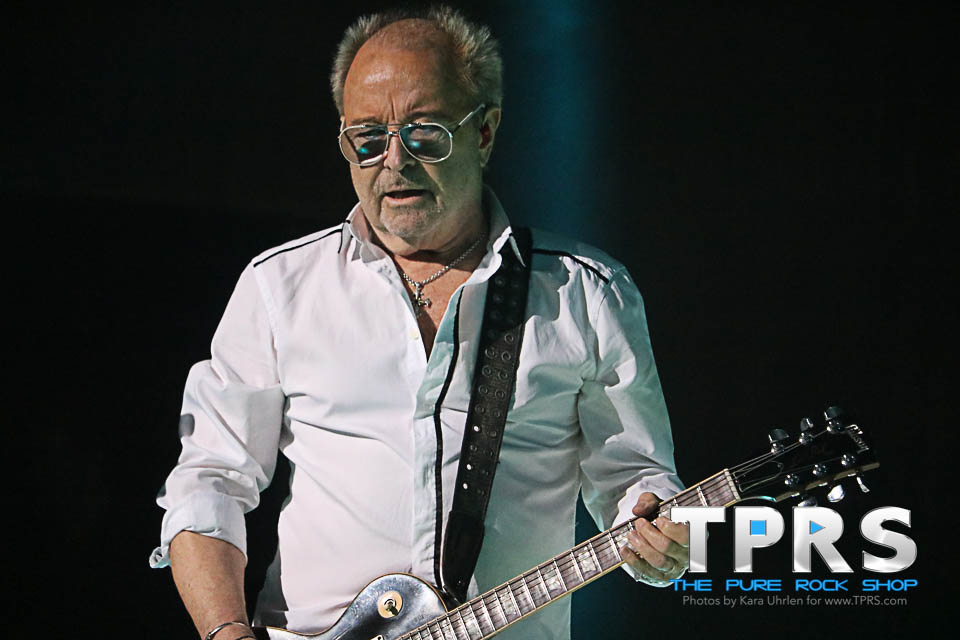