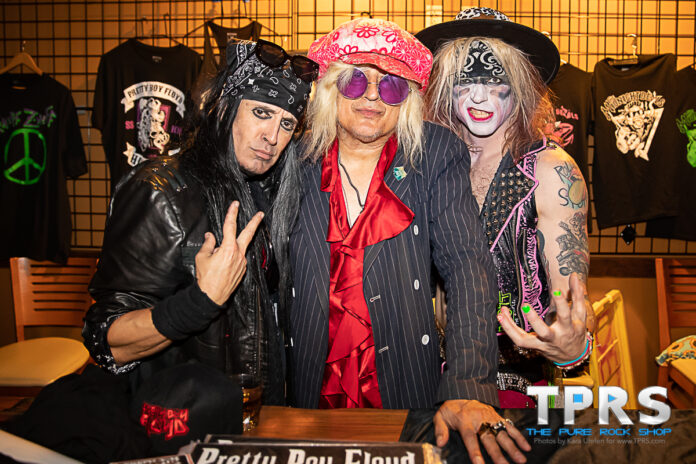 A steamy Tuesday evening kicked off with support from Sahayra and Royal Honey before The Midnight Devils took the stage with a flash of neon green, yellow and pink at the Crafthouse Stage & Grill.

The Midnight Devils are described as a “glam slam boogie-woogie rock n roll band,” and having met them while covering the M3 Rock Festival last month, we can’t say that we were surprised by their style. But, the trio did surprise us when they got the entire crowd of what one can only call ‘new fans’ singing along to “Memphis Mile” from their debut album Something Bigger before they closed out their set.

The three-piece hails from Omaha and Chicago, and brought much more energy to the helm than we ever could have expected on a Tuesday night in Pittsburgh. They are Sam Spade on bass and vocals, Sniper on guitar, and Jimmy Mess on the drums.  Hot on the heels of their support of The Quireboys US Tour, the band can now be found on the road with Enuff ‘Z Nuff and Pretty Boy Floyd in support of their new album Never Beg For It (Pavement Entertainment) which was produced by Chip ‘Z Nuff. 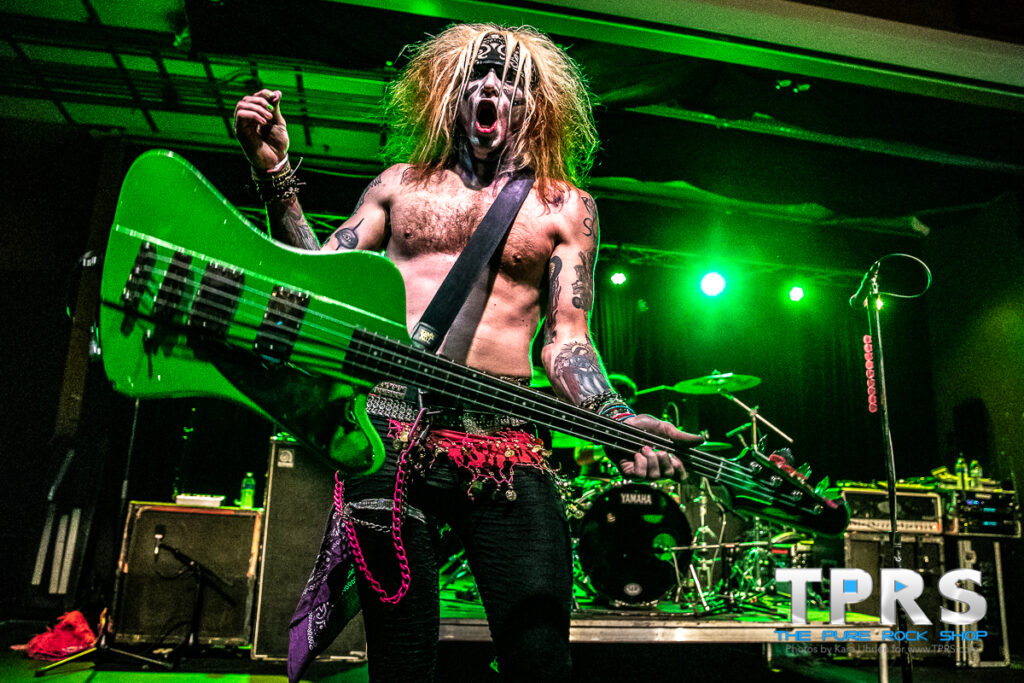 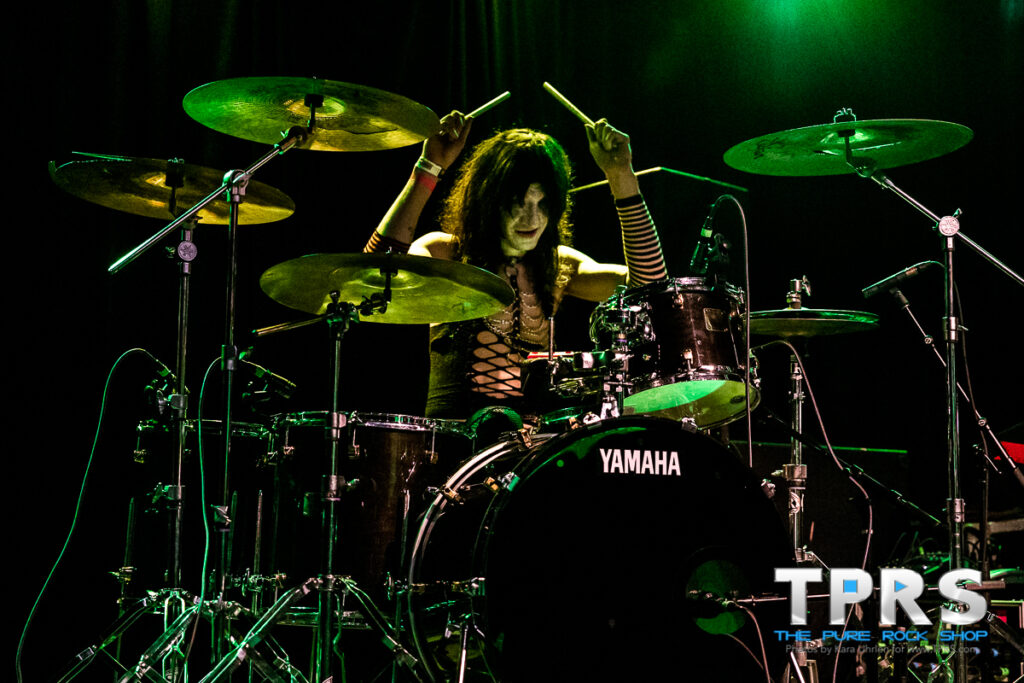 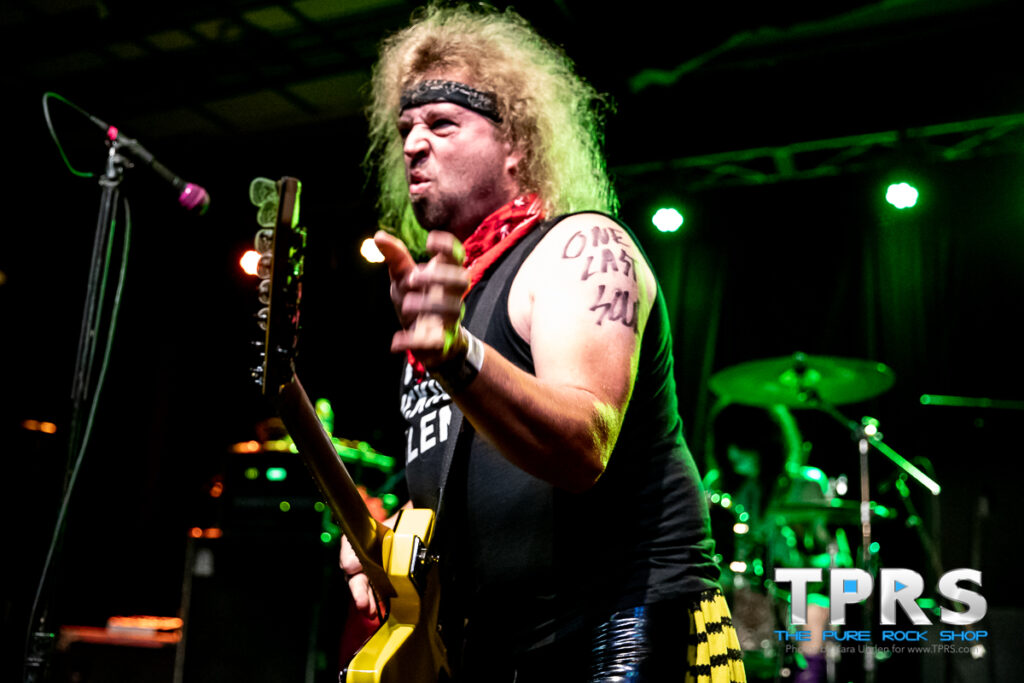 With original frontman Steve Summers at the helm, Pretty Boy Floyd promised to blast out all their hits from the Leather Boyz With Electric Toyz, but having fallen behind schedule it appeared that both their set and Enuff ‘Z Nuff’s were shorted with a venue curfew in effect (thank you Covid).

Summers was joined by Diego Ibarra on guitar, Chris Rohner on bass, and the ‘Living Dead Drummer’ Nick Mason. Those who followed our coverage of M3 Rock Festival 2021 may recall that Diego was performing on a few less strings that Independence Day weekend when Eric Griffin was taking the lead…

Favorites included “I Wanna Be With You,” and “Set The Night on Fire,” but the set left us wanting more.  So we will be excited to catch these guys again in July at the festival event of the summer, Masquerade in Philadelphia.

Check out our interview with BLE founder Brad Lee as we discuss the three-day event featuring Pretty Boy Floyd along with other favorites like Steven Adler, Beasto Blanco, and many more… 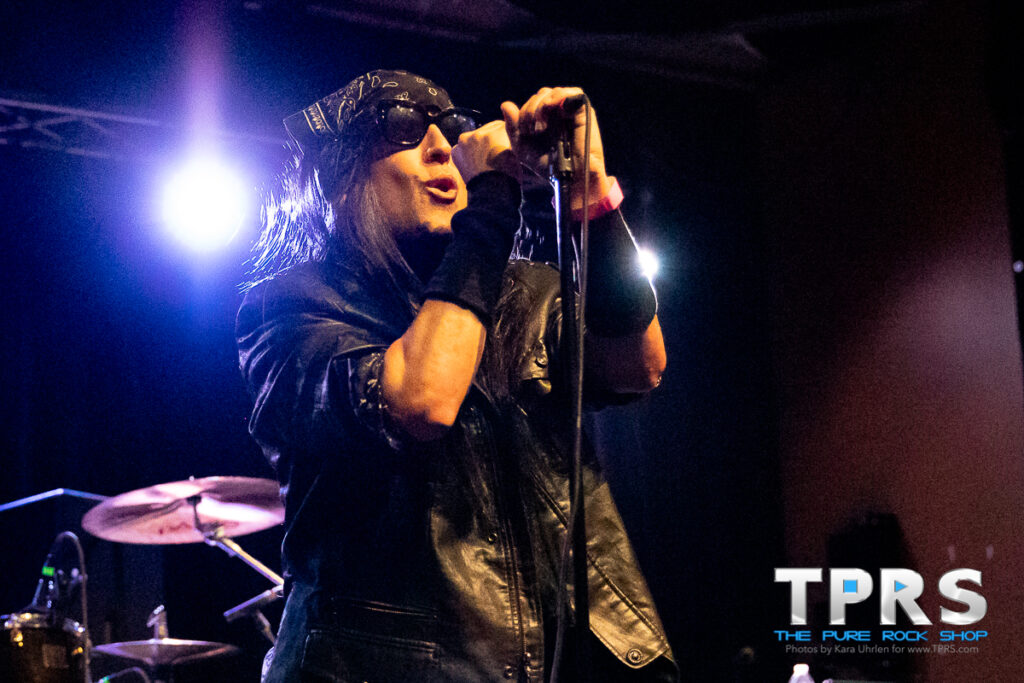 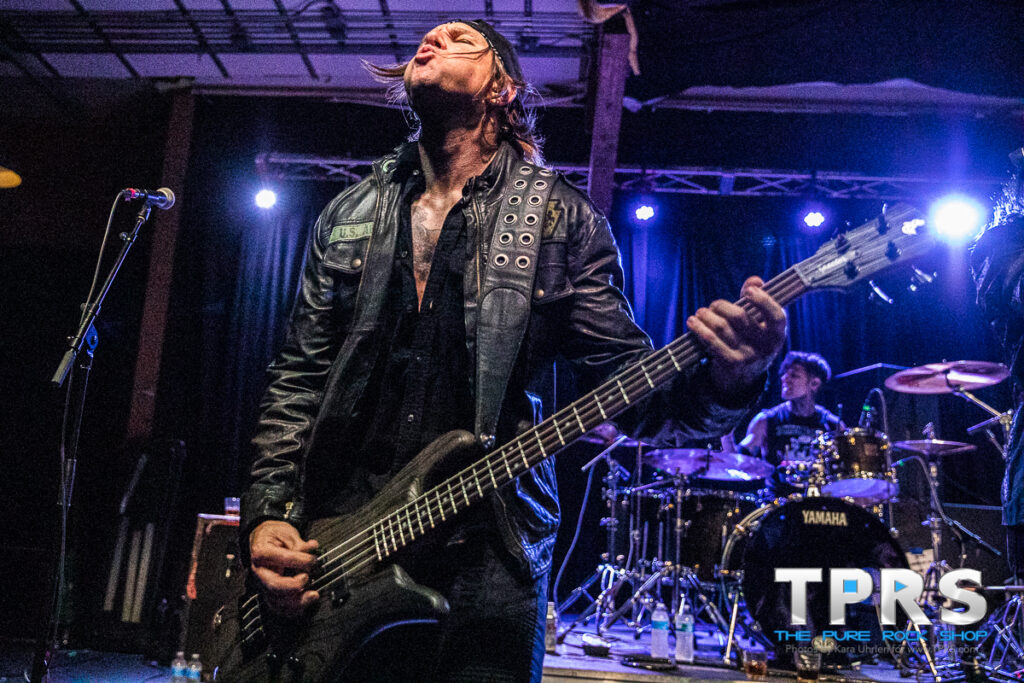 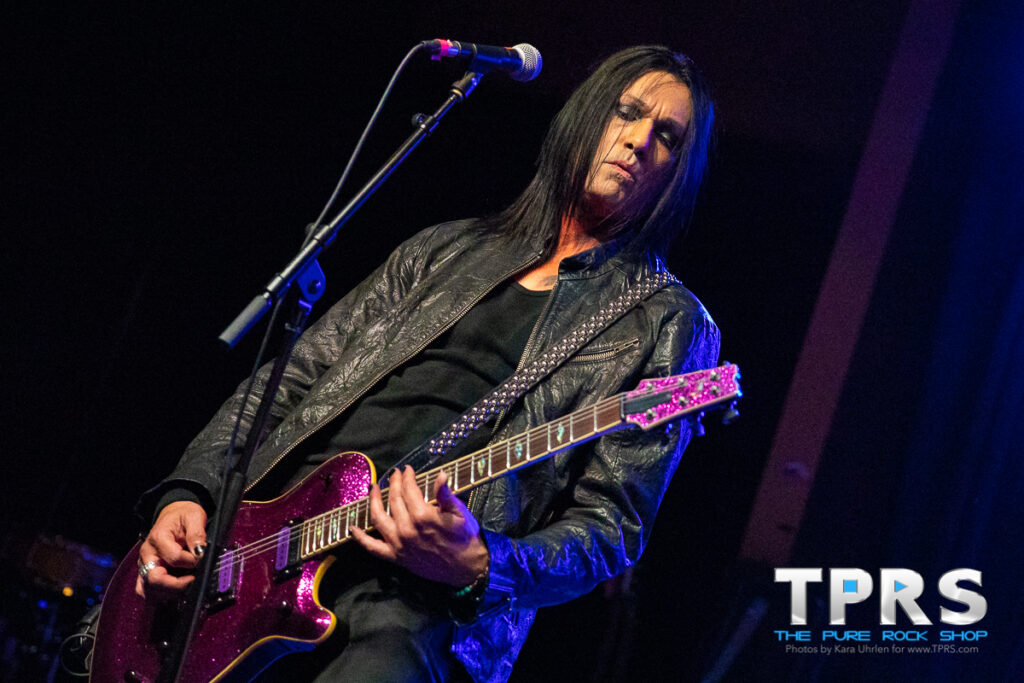 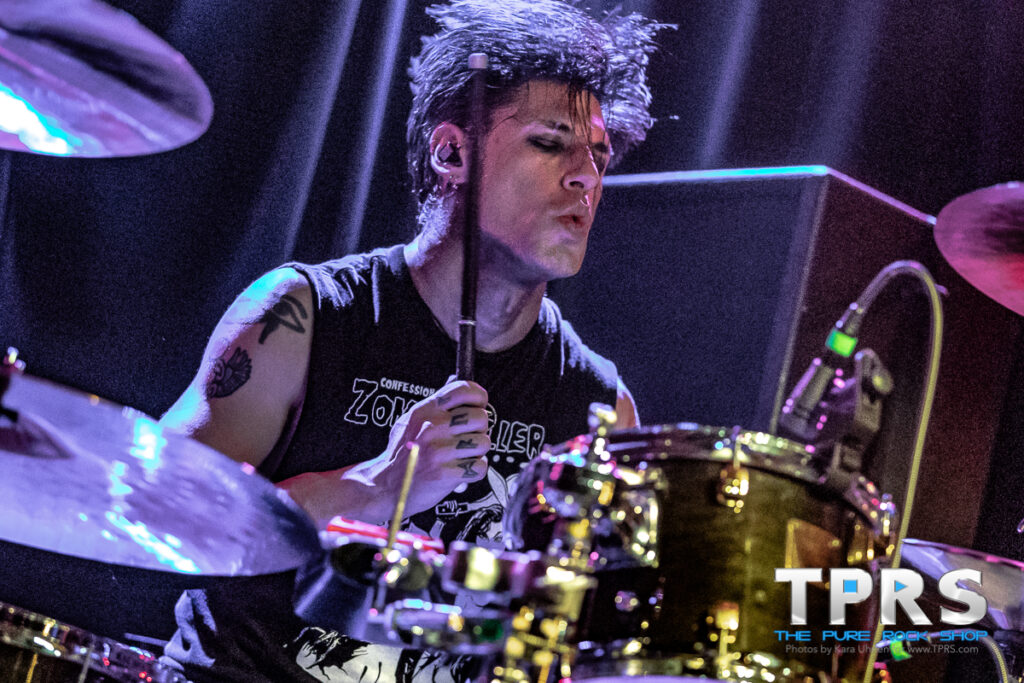 The evening ended with just as much energy as when it began as Enuff ‘Z Nuff brought in that circusesque introduction that means only one thing… still honoring their heroes, the Beatles, we joined the band on a “Magical Mystery Tour” and sang our way through other classics like “Elanor Rigby” and “Jet.”  Frontman and founder Chip ‘Z Nuff was joined by Daniel B. Hil on drums, as well as Tory Stoffergen and Tony Fennell on guitar.

Favorites from the night included “Baby Loves You.” And, for those who thought those trademark harmonies weren’t enough, the guys were joined by Sam, Sniper and Steve for a little extra vocal support before ending the evening. 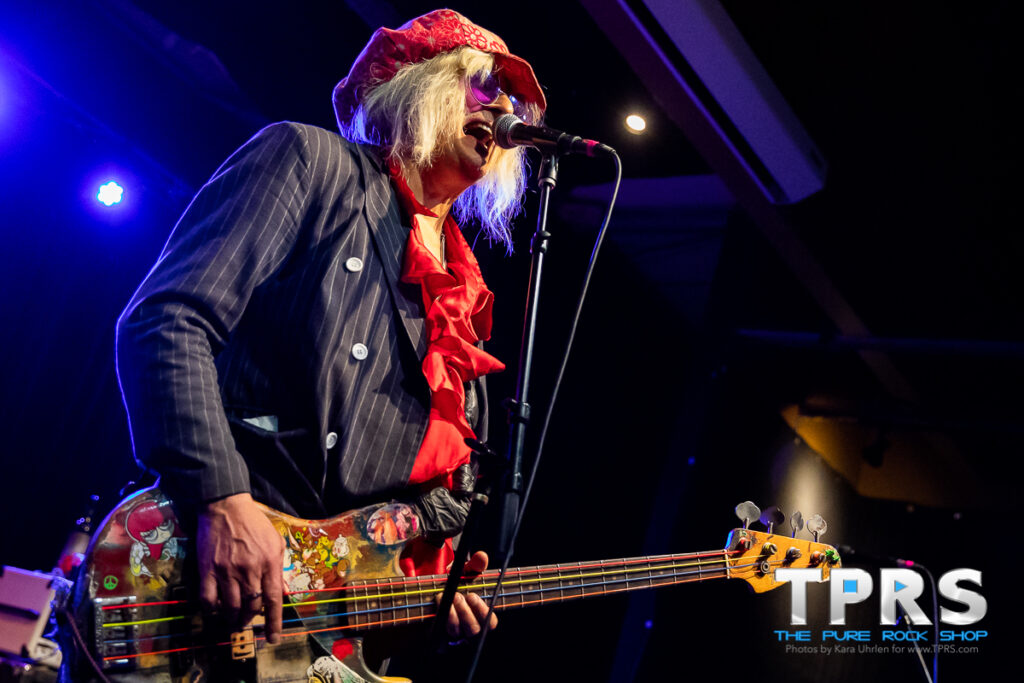 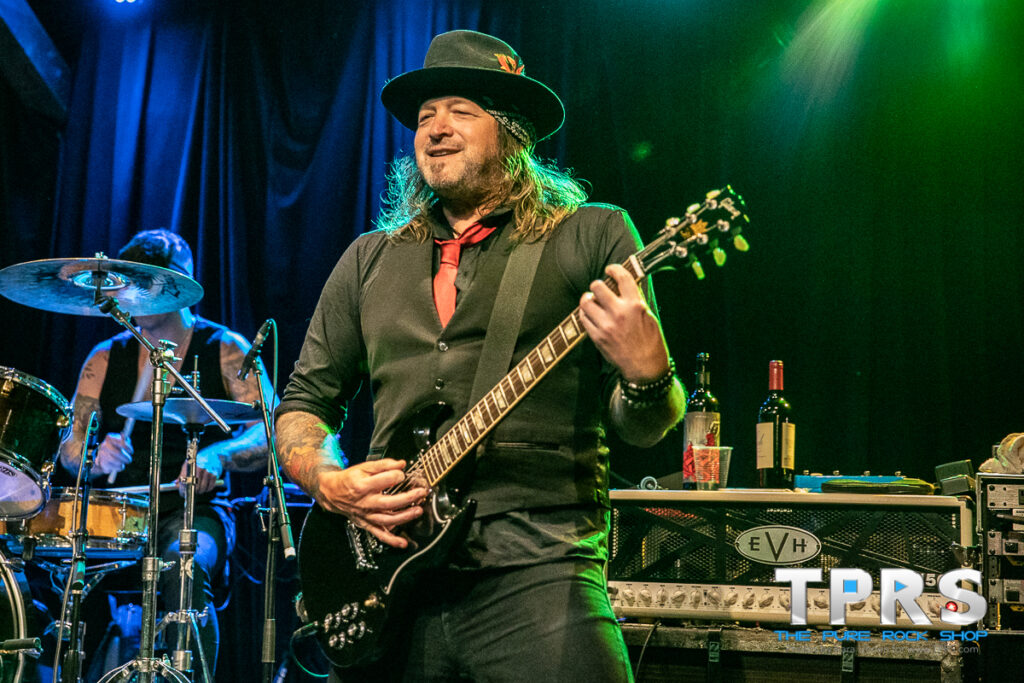 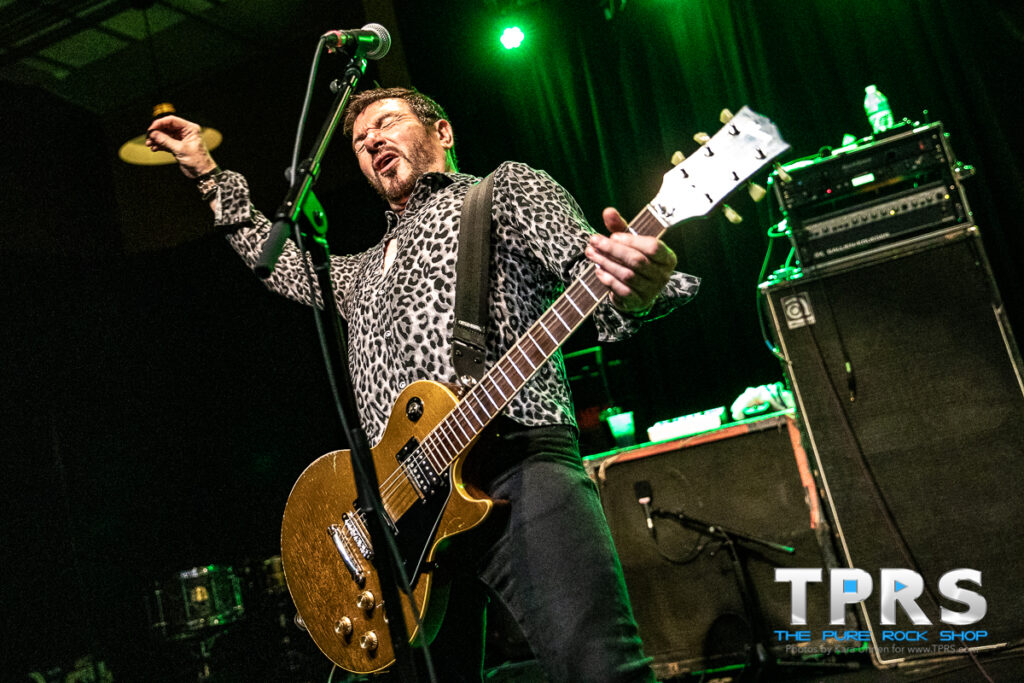 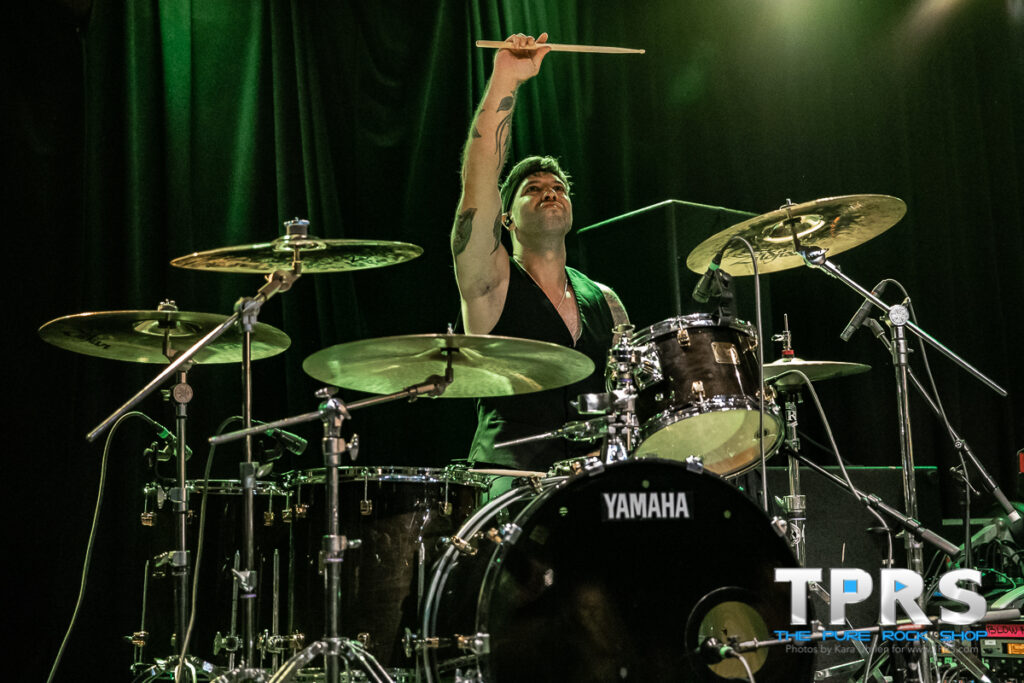 Ironically, we first interviewed Chip ‘Z Nuff at Hershey Park Stadium back in 2001 when the band was supporting Poison on a tour of the same ‘Glam Slam’ name.  Amazing that two decades later both Poison and Enuff ‘Z Nuff are still performing live!  For the latest, you can check out our recent interview with Chip discussing the band’s new Hard Rocknite album.

For tour dates and more visit https://www.enuffznuff.com/tour, because if melted make-up and leopard prints are your way to celebrate summer, then this is one tour, you won’t want to miss.

Follow us @ThePureRockShop on Facebook and Instagram for local show coverage including Tom Keifer and Liliac.  Check out recent festival coverage including the Monsters of Rock Cruise and M3 Rock Festival, and be sure to join us at the upcoming Masquerade in Philadelphia this July.