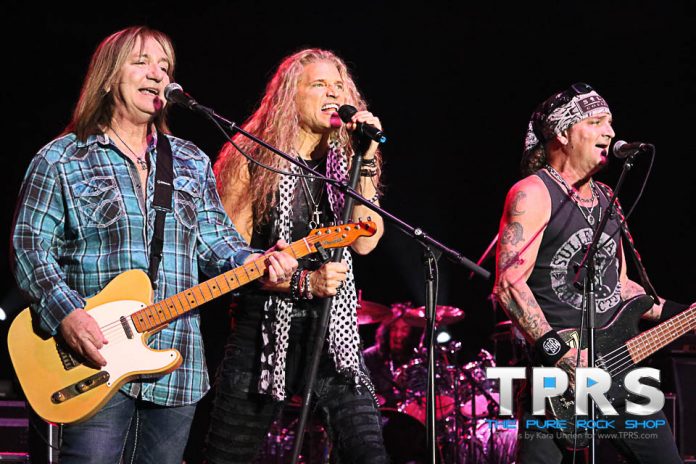 Surrounded by vendors, rides, and carnival games, Great White took the stage on a hot summer evening at the Clearfield County Fair in Pennsylvania following the always entertaining and never predictable Faster Pussycat and the lovely ladies from Vixen.

Having seen these bands on more than one Monsters of Rock Cruise, it was like a family reunion of sorts, with that Metal Show’s Don Jamison on board for band introductions and special moments like Vixen’s Britt Lightning and Tyson Leslie joining the Pussycat guys for “House of Pain.” 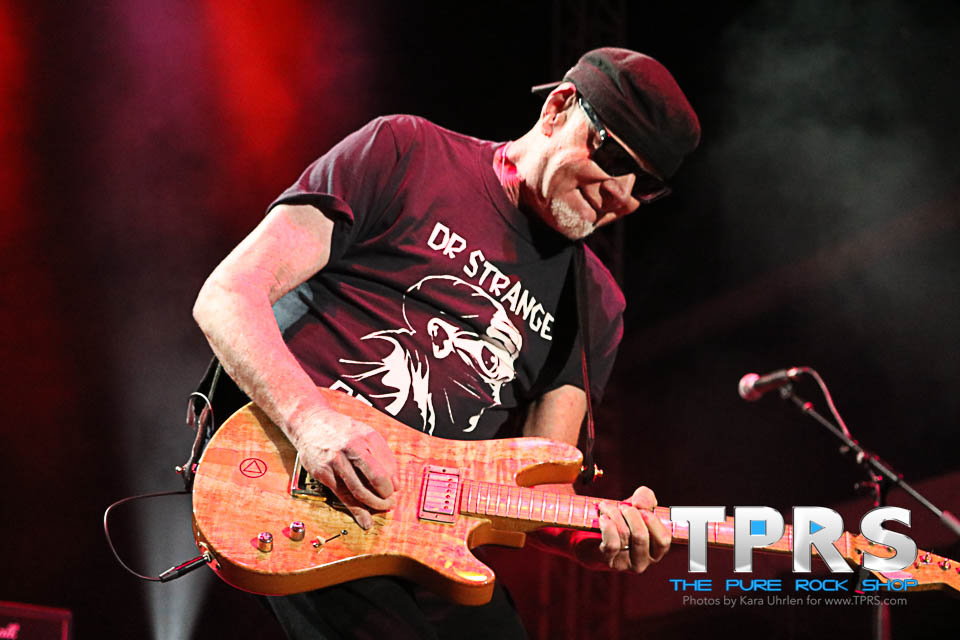 Ironically, according to guitarist Mark Kendall, a special moment like that on the 2018 Monsters of Rock Cruise was one of the stepping stones that led to vocalist Mitch Malloy taking the lead in Great White this summer.  Check out the full scoop in our latest interview with Mark Kendall.

Casual fans may not realize that today’s line-up has stayed pretty consistent, featuring Mark Kendall on guitar, Michael Lardie on guitar and keyboard, Scott Snyder on bass, and Audie Desbrow on drums.  The only change in recent times has been their frontman. With original vocalist Jack Russell touring with his own version of Great White, the band has most recently replaced frontman Terry Ilous (XYZ) with solo artist, writer, and producer, Mitch Malloy, who is perhaps best known for almost taking the lead in Van Halen. 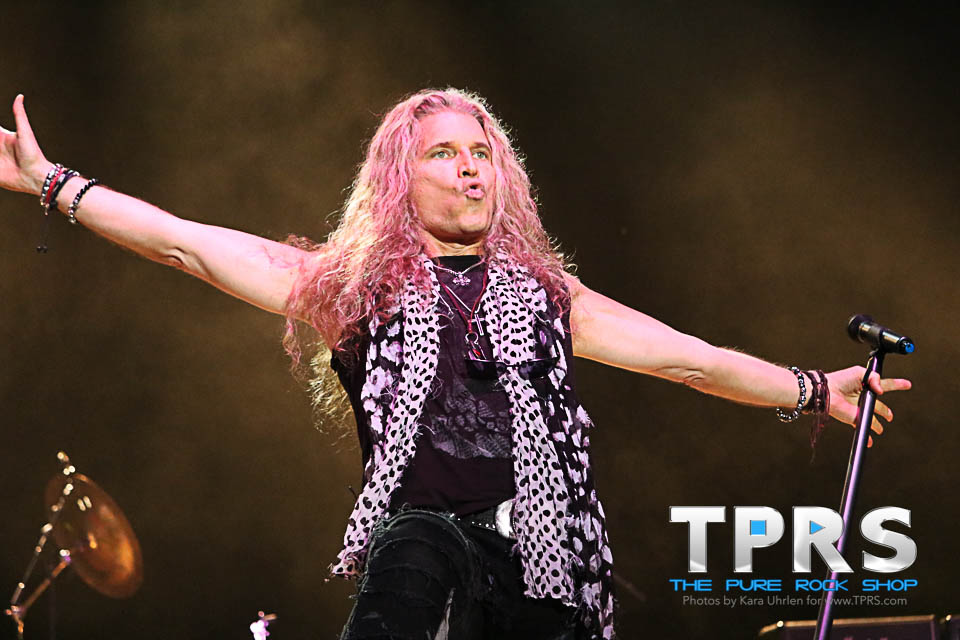 From the moment he took the stage, one could definitely see how Mitch would have been a good fit for Van Halen with his high-energy and charismatic stage presence.

Great White’s set kicked off with “I’m Alright” from the band’s latest studio album, Full Circle, and also later included “Big Time” from the same release, but mostly took us back to the hits like “Lady Red Light” and “Rock Me” from the Once Bitten album and “Mista Bone” and “House of Broken Love” from Twice Shy.  And, naturally they brought the house down as always without even leaving the stage for an encore, concluding with “Once Bitten Twice Shy.” But, perhaps one of the most memorable moments from the show was an unplanned keyboard solo by the multi-talented Michael Lardie who entertained us with some chords from our favorite ballads as Mitch sang along. 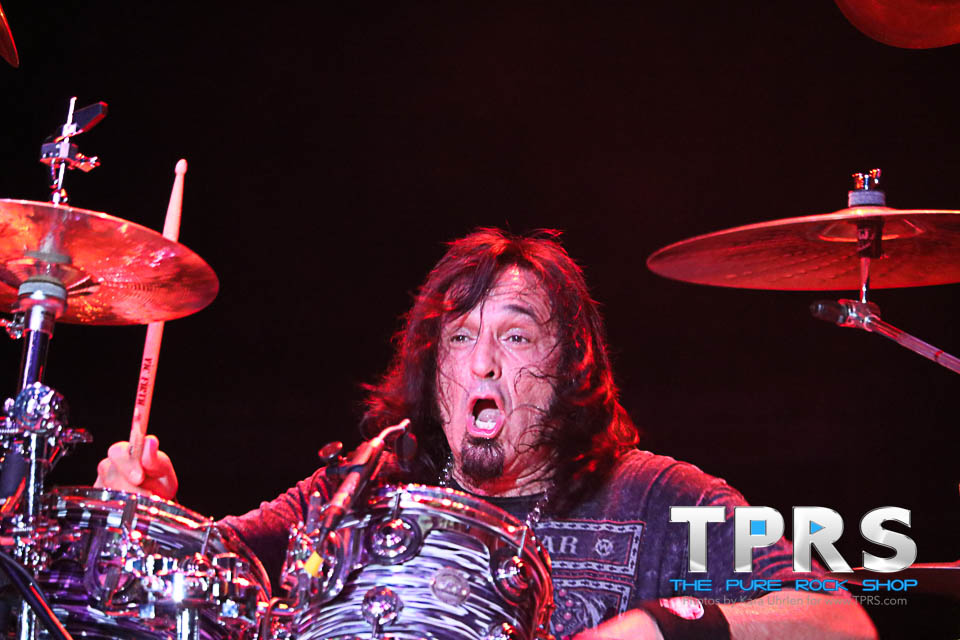 Follow us @ThePureRock Shop for coverage of our local show coming up on September 2nd at Jergels.  Also check out these historic interviews with Mark Kendall regarding the Full Circle album,and former band vocalists Terry Ilous, and Jack Russell from The Pure Rock Shop. For more on Great White go to www.officialgreatwhite.com. 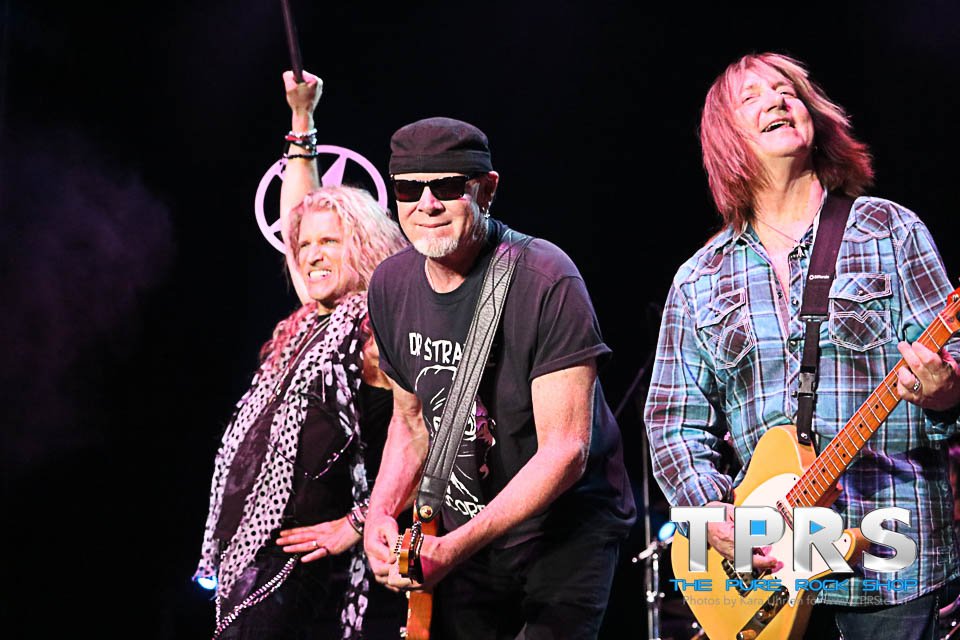