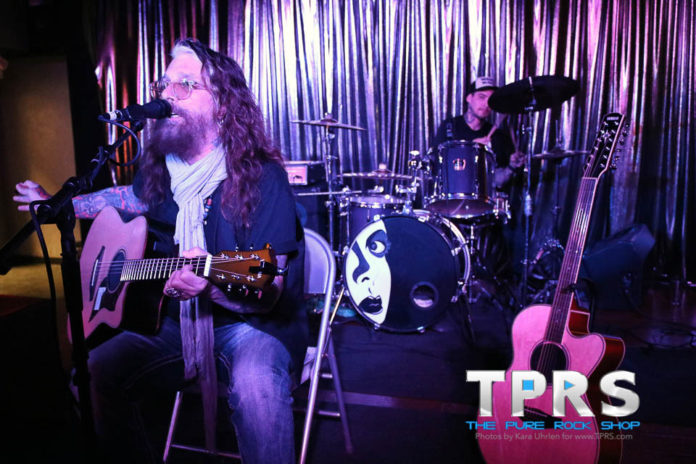 Supermonkey Recording Company presented an intimate show at Cattivo, a small club that is shoehorned in to a neighborhood street in Lawrenceville.  The evening began with acoustic performances by a few local artists Brett Staggs, the band Eliza Furnace, Doug Carnahan from After the Fall, and Chip Dominick who was performing his first solo acoustic show.  Then, The Dirty Charms rocked an electric set to warm up the crowd for headliner John Corabi. 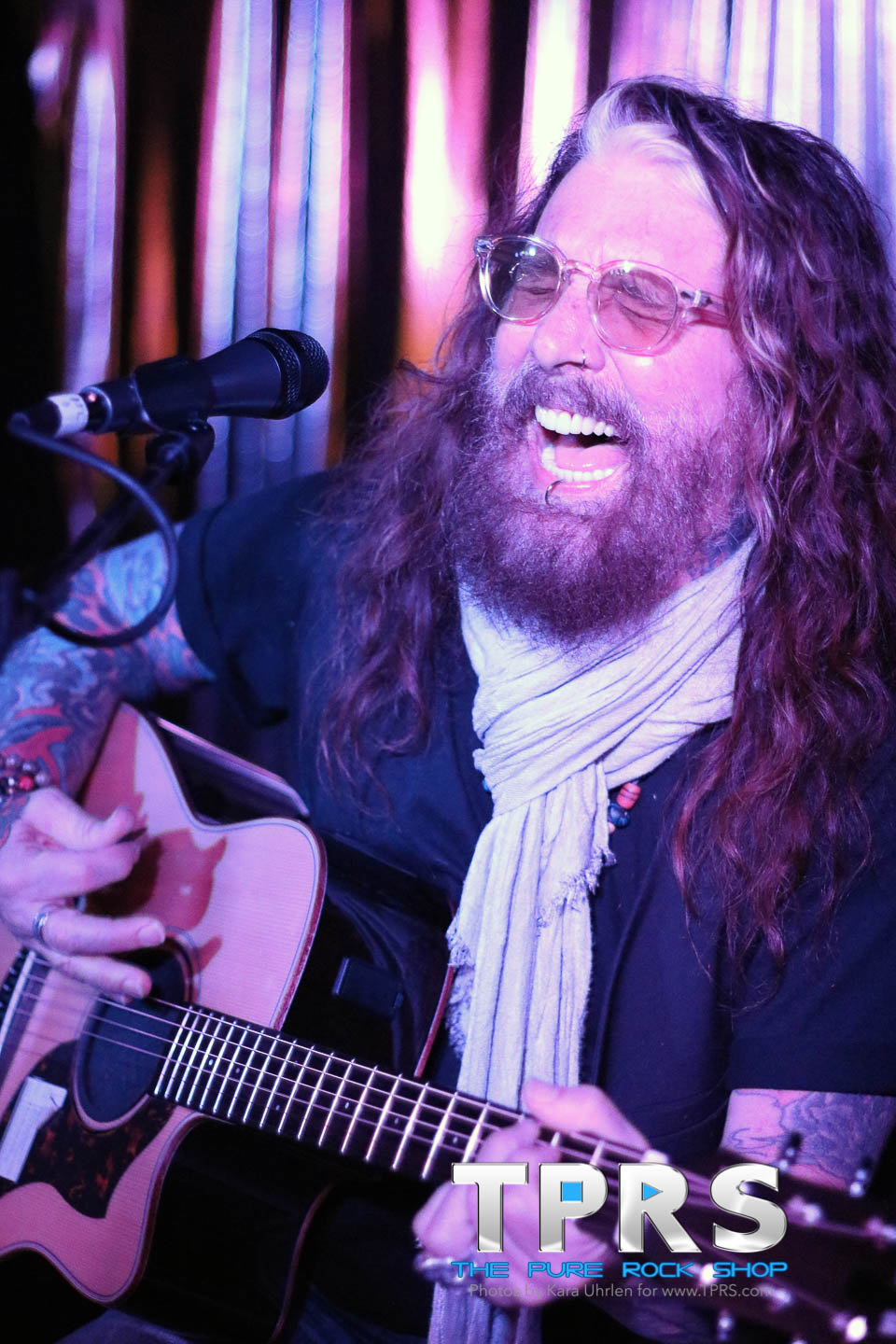 Corabi treated fans to a stripped down acoustic set joined only by his son Ian Corabi on the percussion box.  And as expected, he sung his heart out from the first note of the Union favorite “Love (I Don’t Need it Anymore)” to the last note of Motley Crue’s “Hooligan’s Holiday”.  He spent most of the evening taking requests from the diehard fans that lined the front of the stage, and much to their satisfaction, he honored many of the requests from the crowd including the Scream favorite “Man in the Moon” and Motley’s “Misunderstood.”
There was so much chatter from the audience, who was mostly conversing about what to ask for next (after all it did appear that he was up for most requests) that Mr. Corabi actually had to politely ask if the crowd could quiet down.   He tugged at our heartstrings a bit with the Corabi solo cut “If I Never Get to Say Goodbye,” covered classics from David Bowie, Aerosmith (Seasons of Wither), Rod Stewart (Maggie), and even KISS (Hard Luck Woman), and was sure to include something from his current band, The Dead Daises as well. 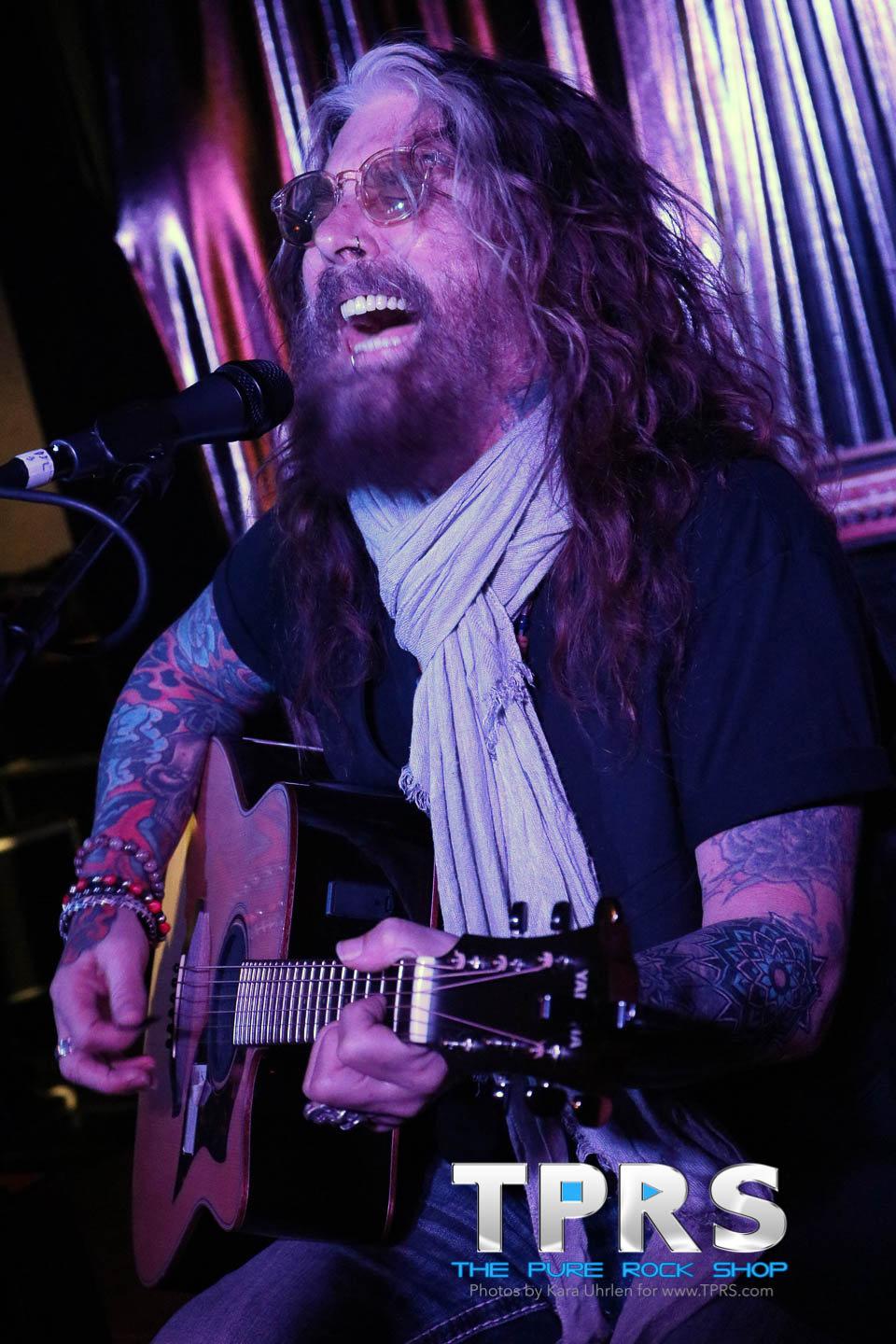 While the evening sadly had to come to an end, fans can expect live albums from both The Dead Daises and John’s solo band who recently recorded the Motely 94 album live in Nashville.  And Shh…don’t tell…there is a good chance that we may see the Dead Daises in the states before the year is through!