On Thursday we caught up with Liliac at Madlife Stage & Studios in Woodstock, GA on for what appeared to be a sold-out show.  The venue featured VIP table seating, a full-scale stage with professional lighting and video screen, and valet parking on the main street of this hopping Georgia suburb.  As we drove in, we found the road to the venue adorned with a parade of spooky pumpkin mannequin versions of our favorite storybook and movie characters like Waldo, the Sanderson Sisters, and even the a ghostly Rapunzel advertising local businesses and celebrating the upcoming Halloween holiday. 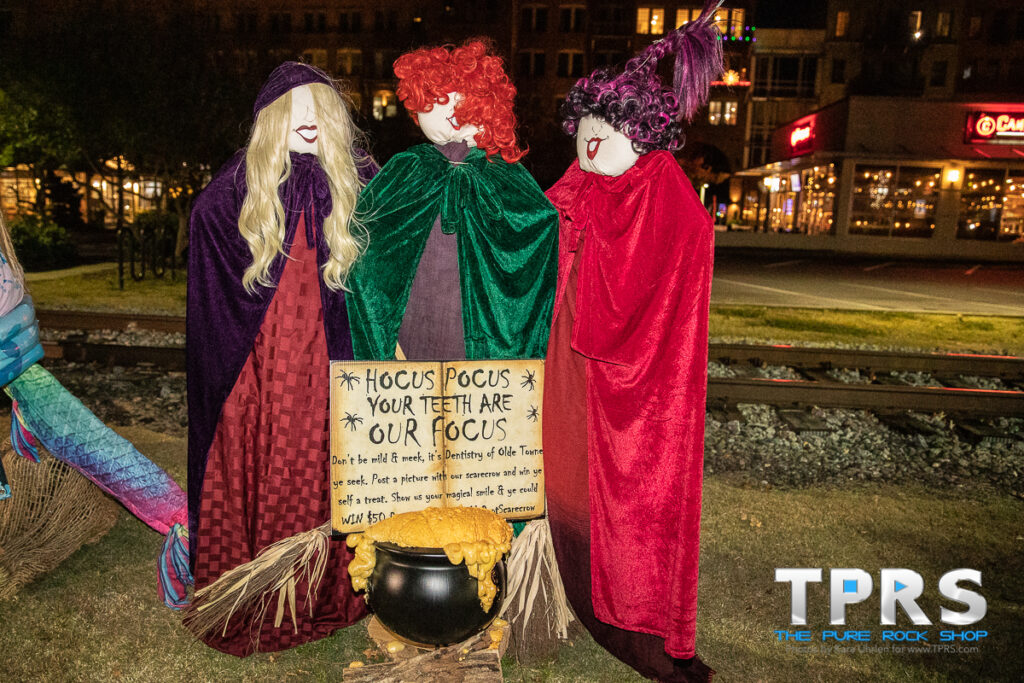 While Liliac brings their own audience of dedicated fans and patrons for their phenomenal delivery of classic metal anthems and mystical originals, there was a bonus on this particular evening as musician and actor Aidan Fisher.

Aidan is best known for his recent role as the body double for the character of Eddie Munson in the season four episode of the Netflix series Stranger Things that everyone is still talking about having put Metallica’s “Master of Puppets” back at the top of the charts.  And, before that for making our friend Satchel from Steel Panther eat his words in the viral video where he challenged the guitarist at age 11. Young Aidan killed it with his impersonation of another famous Eddie performing Van Halen’s “You Really Got Me,” while the former as the former Atomic Punks stood in awe of the “Eruption.”

Adding Aidan to the mix offered up the opportunity to include a double dose of Metallica, along with Iron Maiden’s the “The Trooper,” in addition to some of our favorite covers from the band like Ozzy Osbourne’s “Crazy Train” the Dio’s “Last in Line.” Given front woman Melody’s outspoken love for the late great Ronnie James Dio, we were expecting more of his classics, but were excited to see the inclusion of new original material in the set, including a cut called “Carousel.”  And with a word of thanks, they concluded their set with “Dear Father” as Papa Liliac joined the band on stage in costume before the much anticipated encore of “Master of Puppets.”

While we didn’t walk away with an autographed guitar in the evening raffle, we did scoop up some cool swag including a ‘Moonlight’ shirt and a pretty cool deck of Liliac cards.  And we would like to thank Kenneth for never showing up to VIP table number 3 for the close-range access to the stage.

The band is Melody Cristea on lead vocals, guitarist Samuel Cristea, drummer Abigail Cristea, bassist Ethan Cristea and keyboardist Justin Cristea.  In closing we would like to wish Justin the happiest of birthdays, and thank the band for giving Juliana the opportunity to shoot the show along with me.

Looking forward to catching Liliac on the Monsters of Rock Cruise this April.  You can check our archives for our interview with Melody and our review of their show at Jergels this past summer for more band info, as well as their Facebook feed for upcoming tour dates, and for those hoping to catch Aidan, you can find a list of upcoming appearances at @AidanFisherMusic.

Check back for full coverage of the Butch Walker show this Sunday, and follow us @ThePureRockShop on Facebook and Instagram for more local show and festival coverage, including a post Thanksgiving party with the Bret Michaels Band at The Palace Theater in Greensburg, PA and Last in Line and Resist & Bite in Columbus next month.