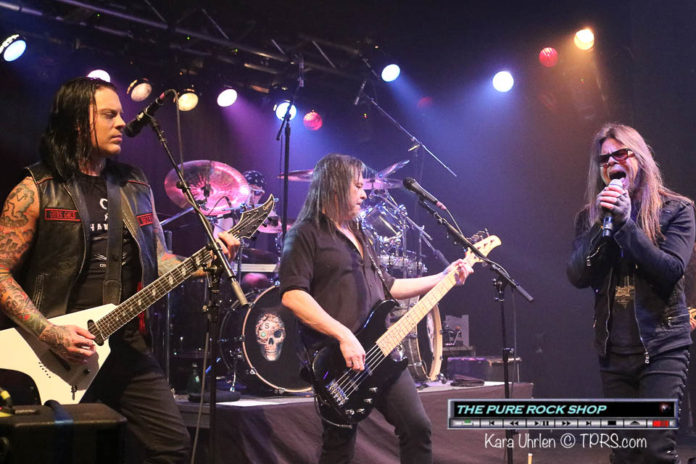 The Pure Rock Shop caught up with Queensyche on their 2016 Condition Human tour with supporting acts Armored Saint and Midnight Eternal at the Rex Theater on Pittsburgh’s South Side this past week. It was without question one of the best shows we’ve seen this year.

Opening act Midnight Eternal from New York offers a “beauty and the beast” approach to metal with the the lovely Raine Hilai’s soprano vocals contrasted with heavy riffs.  While it would be easy to compare the band to artists such as Nightwish and Delain, the band is actually much heavier and in your face live in contrast to their debut self-titled release.  Definitely a band to keep and eye and ear on.

Then came a solid performance by Armored Saint, who is not the easiest band to follow in terms of professionalism and strength of catalog.  From their latest release “Win Hands Down”, Armored Saint opened with the title cut and added “Mess” as well as “Left Hook From Right Field”.  They also delved back into their catalog for classics such as “March of the Saint”, “Chemical Euphoria” and “Reign of Fire” from the masterpiece same-titled release which came out over 25 years ago, wow!

With a special appearance from John Bush’s son, who is learning the family business first-hand, he joined his dad on lead vocals and guitar for “Can U Deliver” from their debut release, “March of the Saint”. 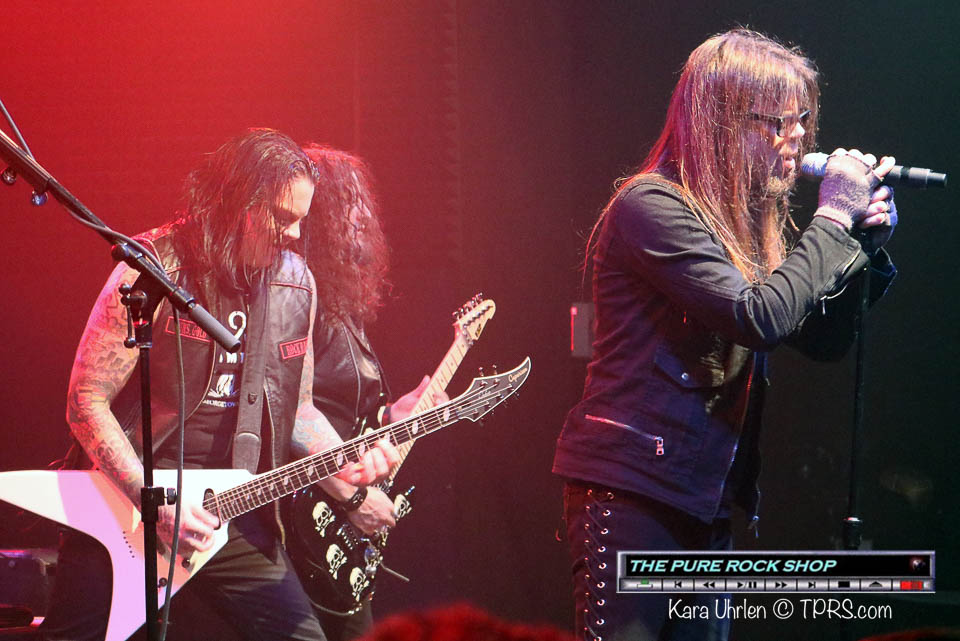 I have to admit, we lost track of Queensryche for almost two full decades and like many who weren’t thrilled with the twists and turns and departure of key band members, we weren’t sure what to expect when we finally got around to seeing them again…That was until we had the opportunity to catch this line-up of Queensryche on the Monsters of Rock Cruise out of Miami in 2015 and were beyond pleasantly surprised by their performance at the pool stage. In fact, we couldn’t wait to see them Queensryche’s headlining show that same month in Pittsburgh at the Altar Bar. Going forward, I personally wouldn’t dare miss a show again. This performance was exceptional as we’ve now come to expect, and for those who haven’t given the current line-up a chance, all I can say is that you don’t know what you are missing! 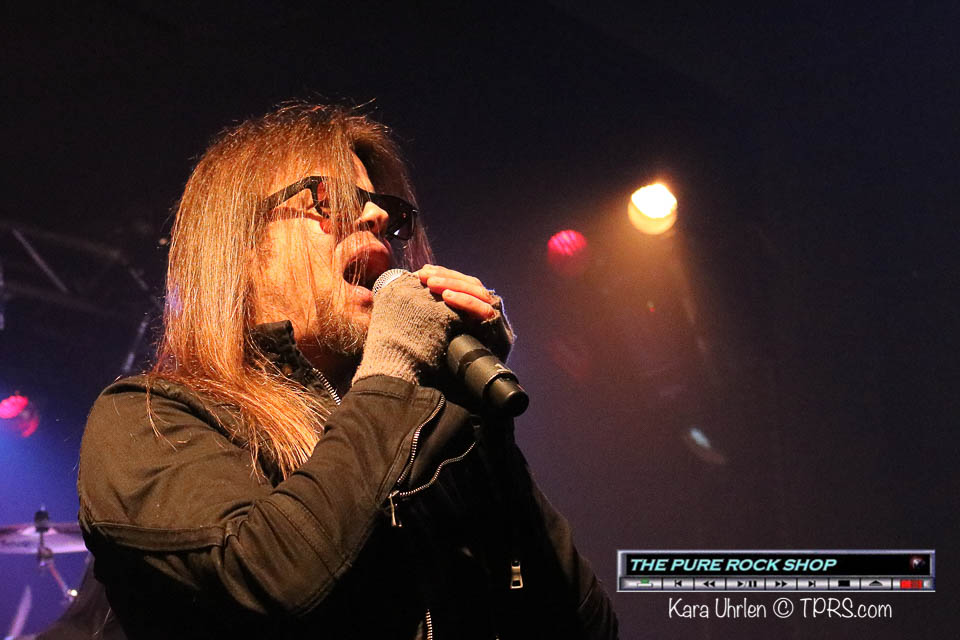 I feel that it is my mission to help spread the word about how well vocalist Todd La Torre fits this band. Whether you are looking for MTV era hits from Empire like “Silent Lucidity,” favorites from Operation: Mindcrime like “The Mission” and Eyes of a Stranger,” or older cuts like “Queen of the Reich” and “Take Hold of the Flame,” not to worry, they covered it all. And with another great new album in “Condition Human” for fans to devour, we encourage you to revisit Queensryche. If you are disappointed, then you might want to page Dr. Blair or Dr. J Hamilton and have your hearing checked.

Queensryche:
Guardian
Operation: Mindcrime
Best I Can
Damaged
The Killing Words
The Mission
Silent Lucidity
Empire
Queen of the Reich
Jet City Woman
Take Hold of the Flame
Screaming in Digital
Eyes of a Stranger

Armored Saint:
Win Hands Down
March of the Saint
Long Before I Die
In an Instant
Chemical Euphoria
Mess
Left Hook From Right Field
Reign of Fire
Can U Deliver
Mad House