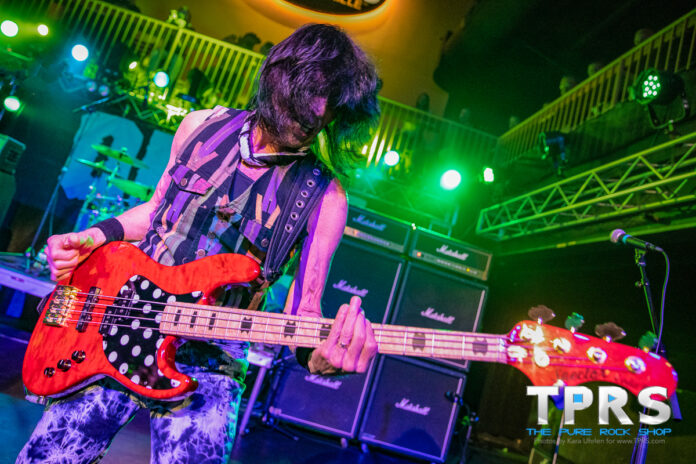 When the band that delivers the stadium anthem that we hear at local Steelers’ games comes to play Jergel’s on Slade Lane, you’d expect a big crowd, except when it is the same day of the local home opener.  While smaller than anticipated, those in attendance were loud and thirsty for some hits.

We last caught this current Quiet Riot line up at Monsters on the Mountain in Gaitlinburg, TN, and we were excited to see them again (and performing a headlining show this time). 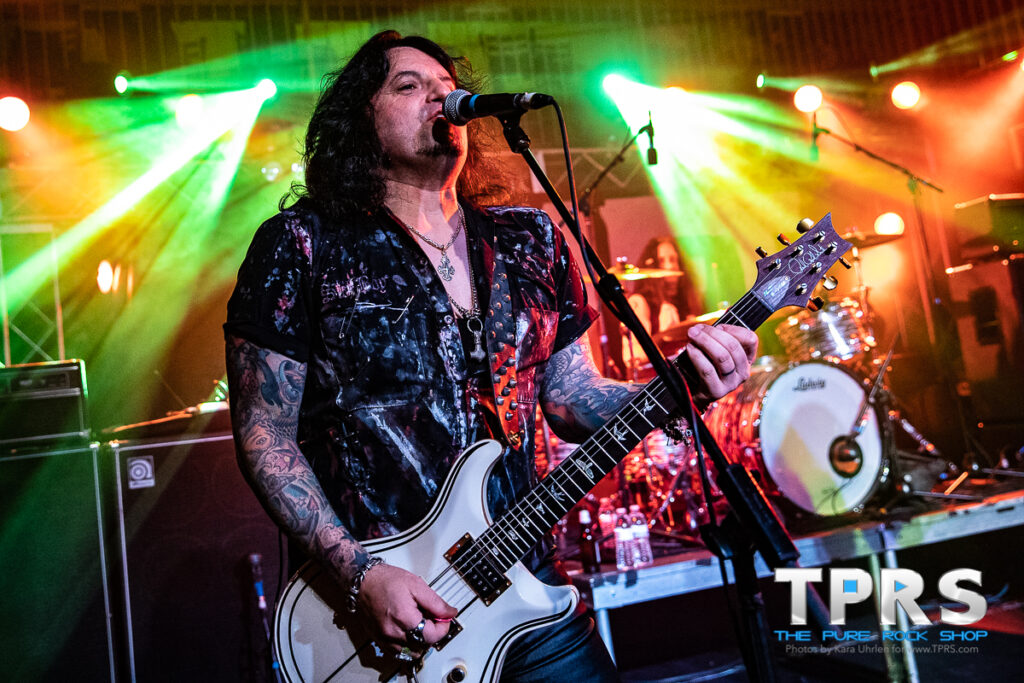 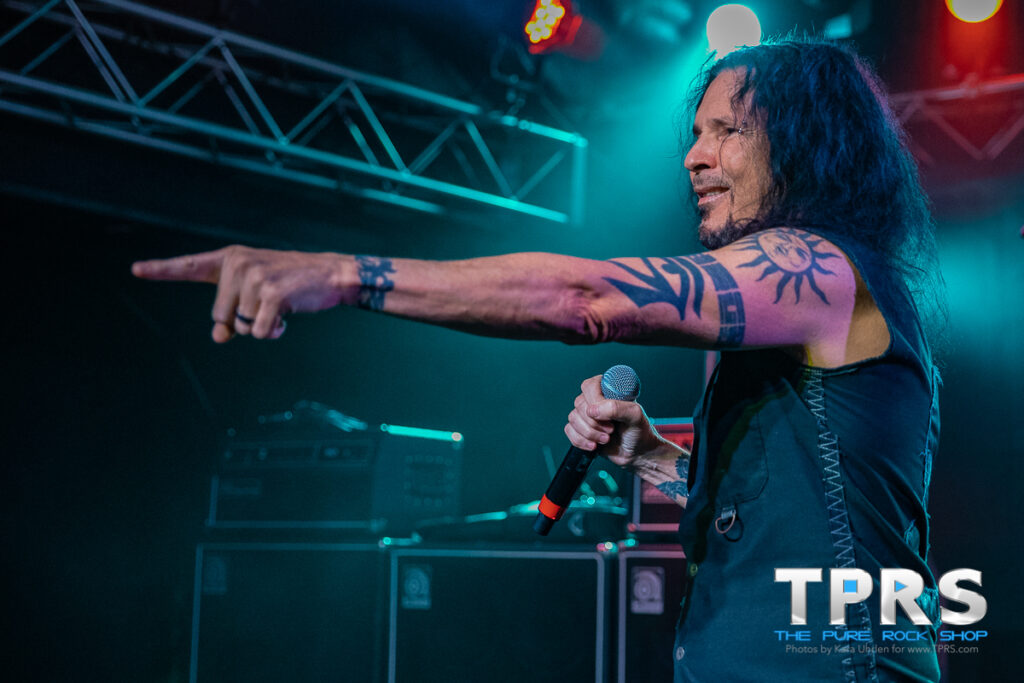 While it was my birthday, I’m disappointed to say that I didn’t personally have the pleasure of being christened by the neck of Rudy’s bass. Though he seemed to enjoy connecting with the audience in this fashion. But, frontman Jizzy Pearl was kind enough to give my head a good shake as I was trying to capture the grit behind his vocal delivery with my lens.

Oh, and did we mention, Rudy Sarzo is on bass again?  That fact simply speaks for itself.  While now in his seventies, Rudy still commands our full attention as he attacks his bass like no other.  And, with Jizzy at the helm again, we were treated to a Love/Hate favorite “Blackout in the Red Room,” which was dedicated to local musician Chip Dominick (Chip & the Charge Ups) who could be found up front wearing a “Wasted in America” t-shirt. 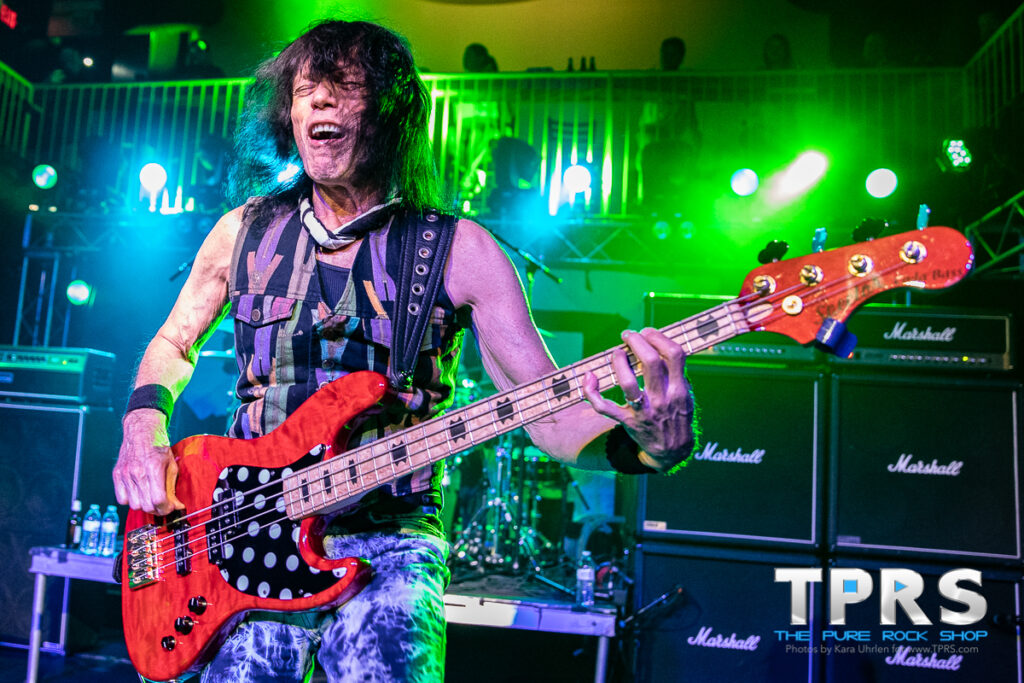 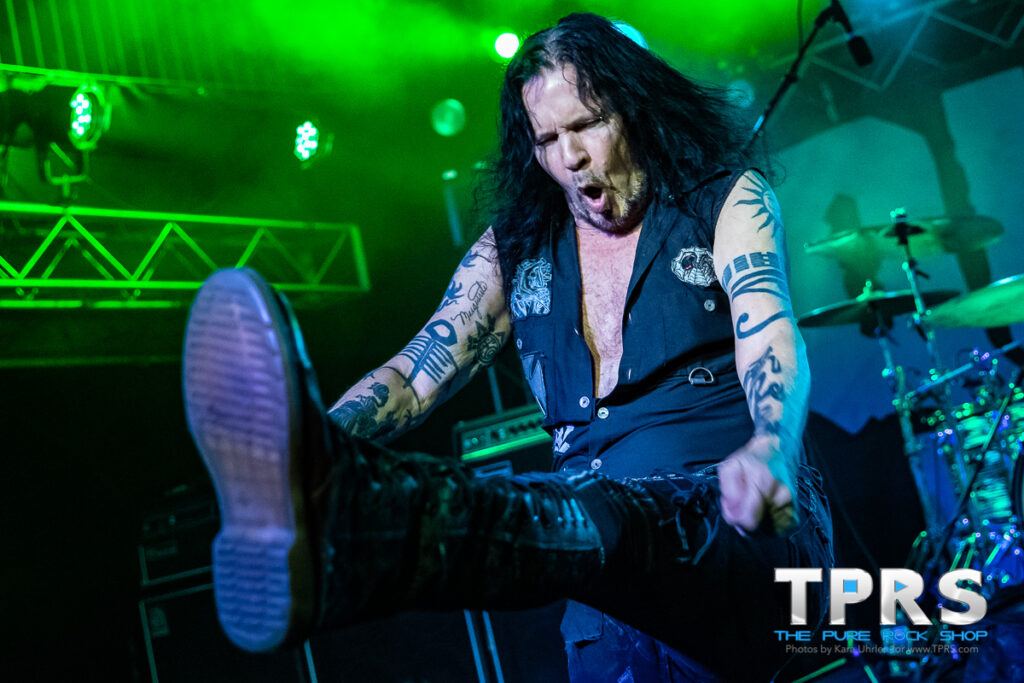 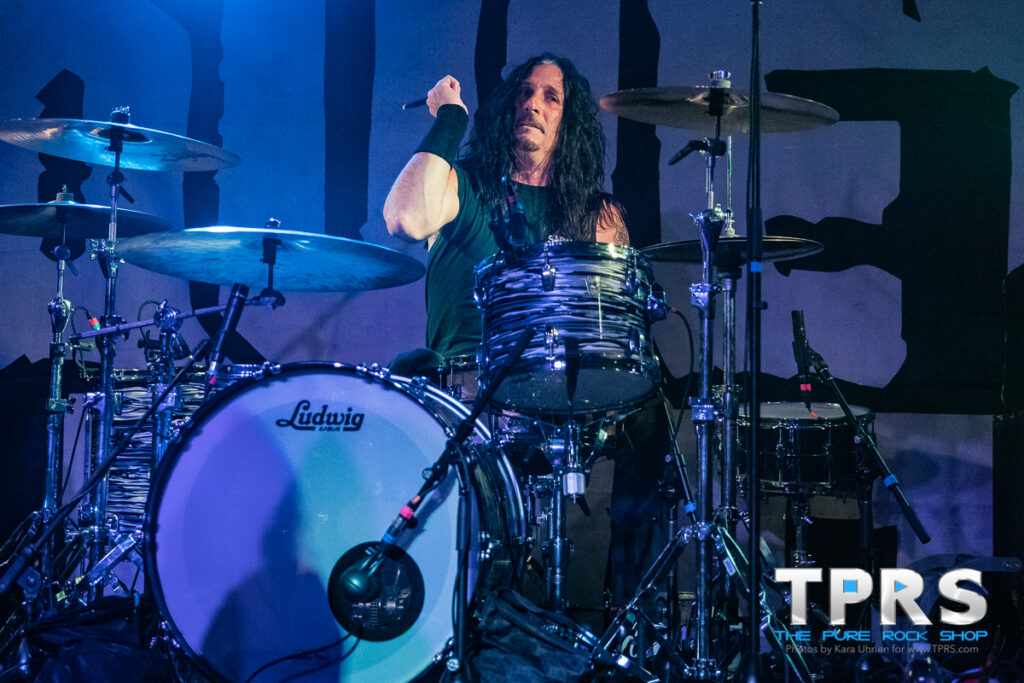 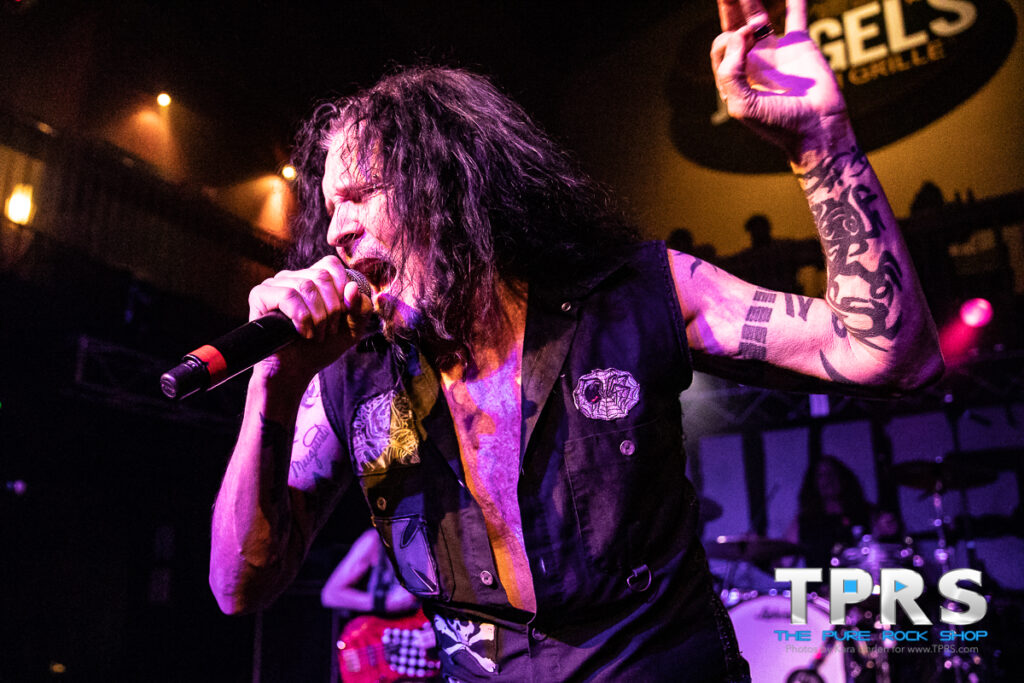 There was really only one low moment of the night, when Rudy Sarzo took the microphone to introduce “Thunderbird,” a song that was written when Randy Rhodes left to join Ozzy Osbourne’s band (and the band later gave an additional tribute to Randy Rhoads as the band jammed on a bit of “Crazy Train.”).  In this instance, the song was performed to remember the loss of Randy, as well as the losses of bandmates Kevin DuBrow and Frankie Banali.

We were lucky enough to catch up with Frankie before his last performance at Jergel’s to discuss the band’s Live album “One Night in Milan.”  You can listen in to the full radio interview in our archives. 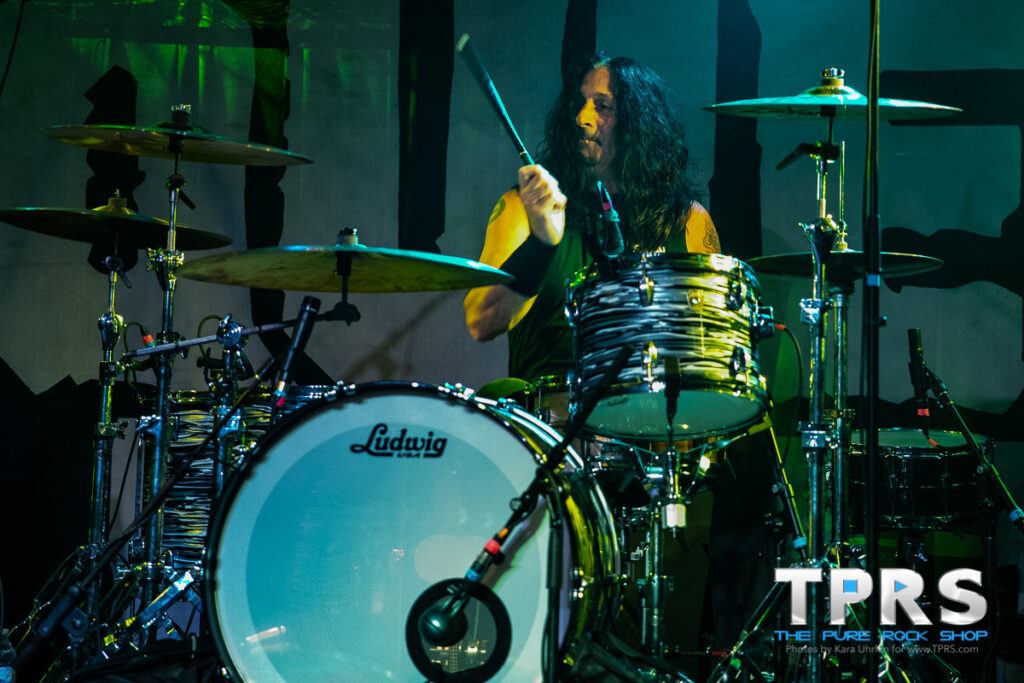 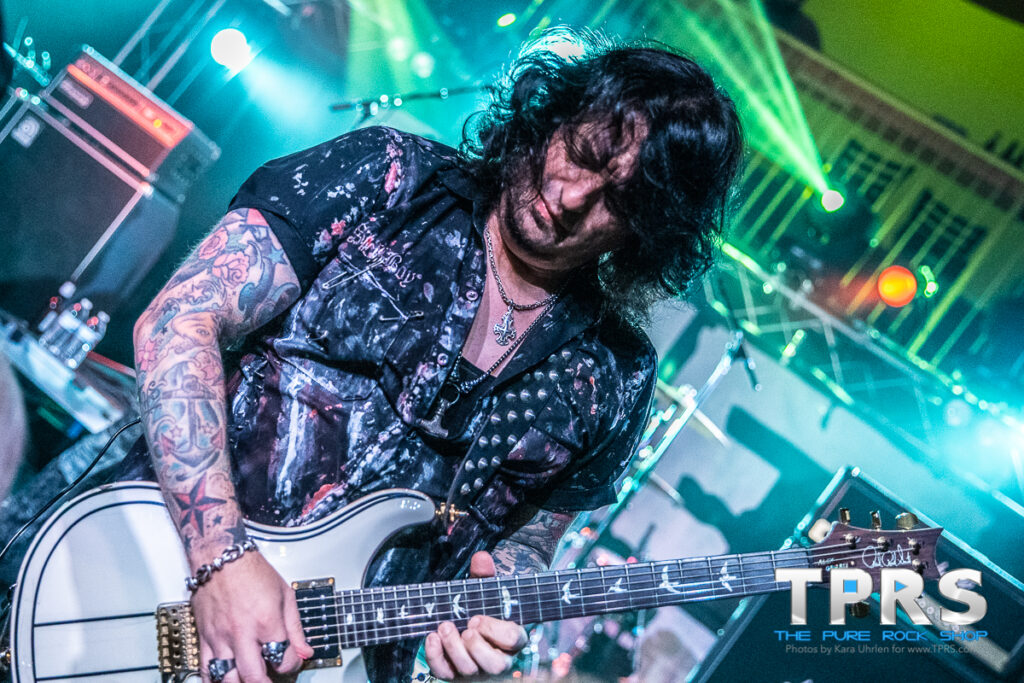 For more Quiet Riot coverage from Monsters on the Mountain go here and visit our archives for interviews with Frankie Banali and Jizzy Pearl.

Follow us @ThePureRockShop on Facebook and Instagram for more local show coverage.  Other recent festival coverage includes the 2022 Monsters of Rock Cruise, M3 Music Festival last May in Baltimore, and Masquerade in Philadelphia this past July.