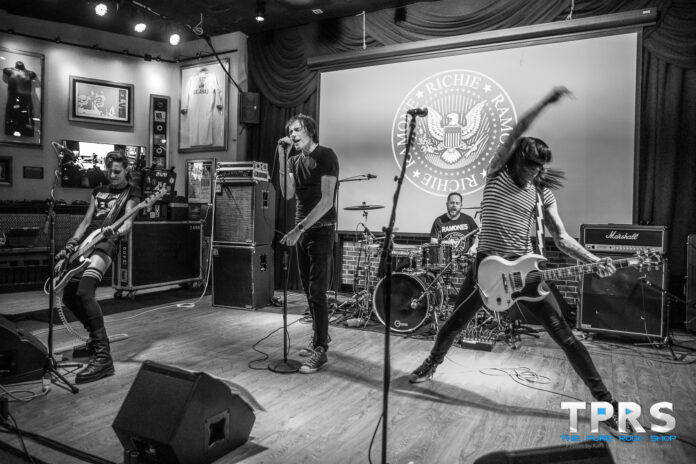 Richie Ramone is kicking off his 2022 World Tour in the United States hitting 20 cities night after night. He made a stop in Pittsburgh at our Hard Rock Cafe on Monday night, where he introduced fans to a new single called “Not Afraid,” jammed through a fun set, and stuck around after to meet anyone who wanted to buy merch or just grab a photo.

Richie is the only drummer credited with composing, writing, and singing lead on six Ramones songs during his tenure from 1983-1987.  He is joined by bandmates Clare Misstake on bass, Ronnie Simmons (Faster Pussycat, Rose Tattoo, The Hots) on guitar and Chris Moye on drums.  As for the explanation for why this band has two drummers: the answer is simple, Richie regularly takes the opportunity to front the band, and when he does, protege Chris fills in, allowing Richie to take center stage. 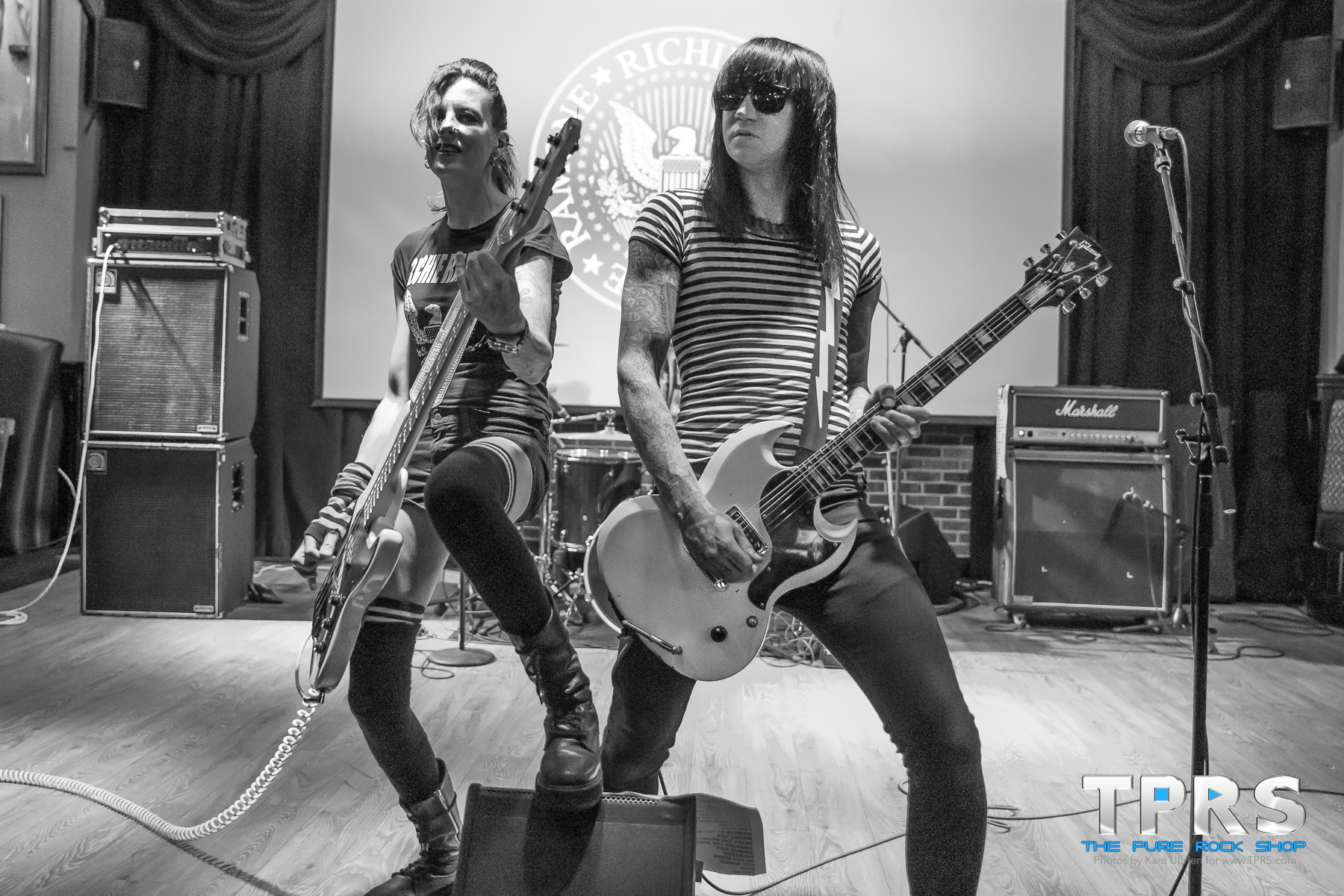 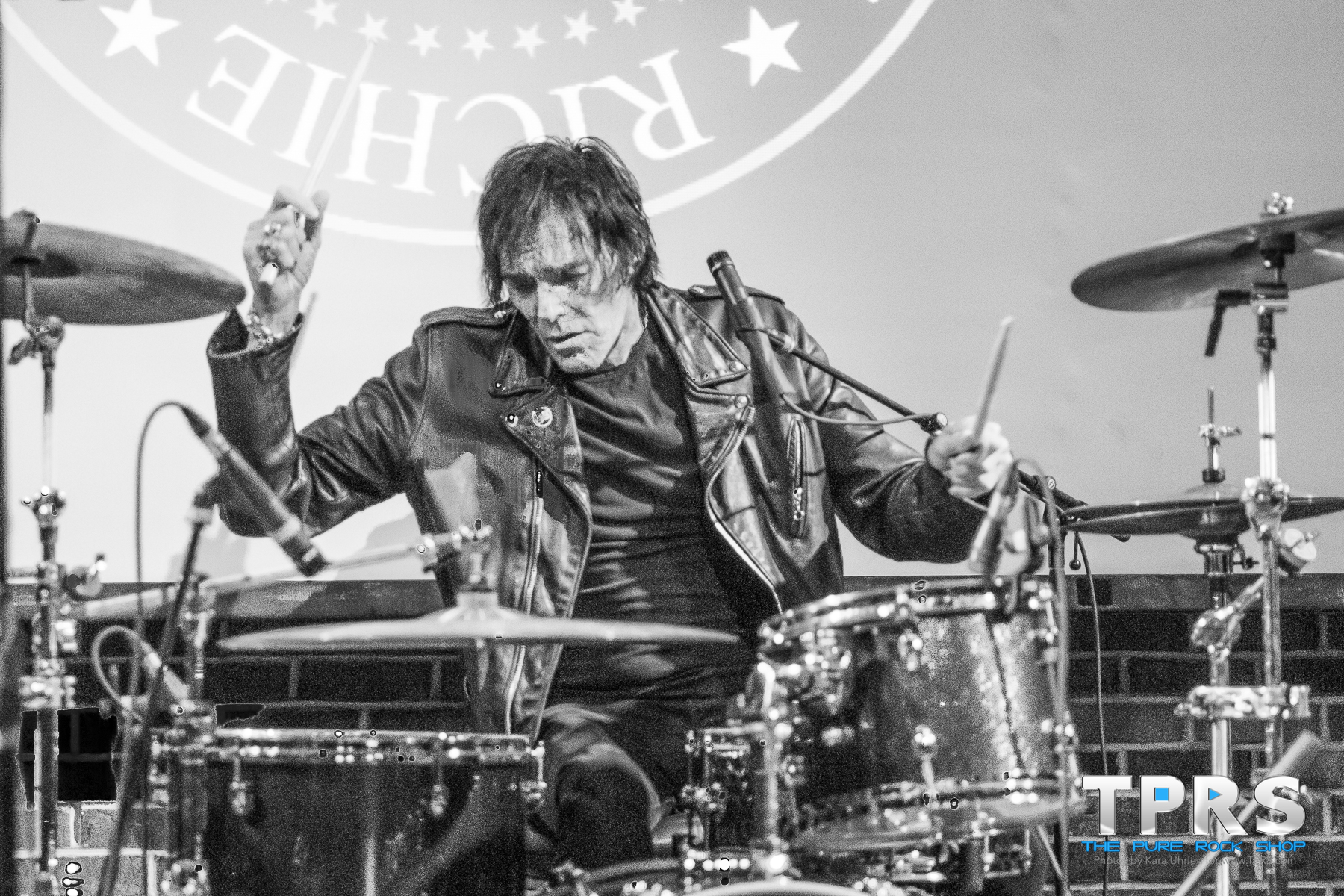 Focused on hard rock, it is rare we find a crossover punk event worth covering, but with Faster Pussycat’s new axeman in the band, we knew we had to check these guys out. No dissapointments here.  The band drilled through the biggest setlist I’ve ever seen, and Ronnie tells us that he goes heavy on the bottom strings to avoid breaking them with the abuse he yields on that Gibson!

As one would expect, we got to hear a few Ramone’s favorites like “Blitzkreig Bob” and the one I can never get out of my head, “Sheena is a Punk Rocker.” In addition, there were some very unique takes on familiar classics like the Creedence Clearwater Revival classic  “Have you ever seen the rain?” and Depeche Mode’s “Enjoy the Silence.” 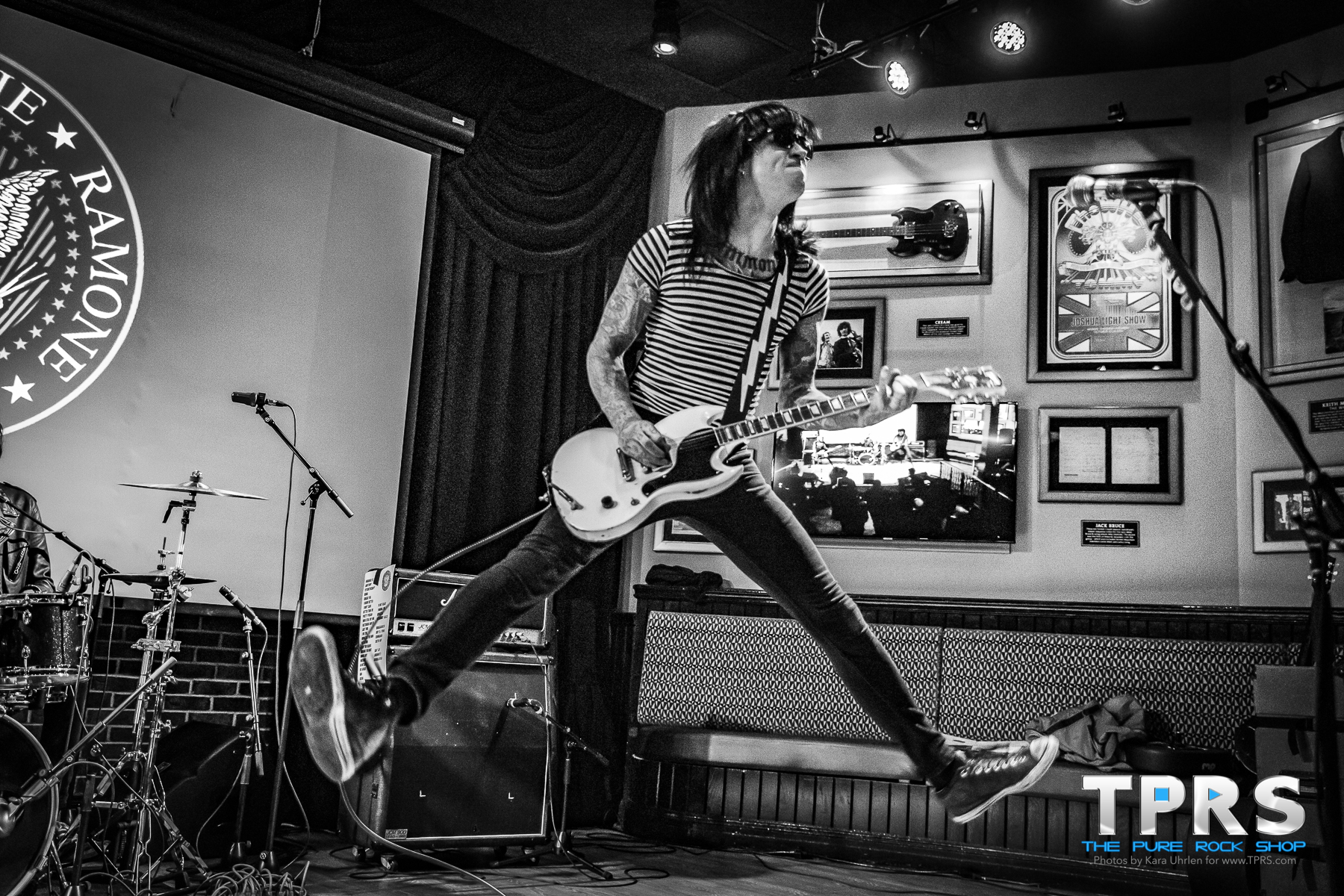 All in all it was a really fun night, and pretty special to see Richie Ramone performing in the same Station Square complex where I caught my first and last Ramone’s show, back in August of 1995 at the I.C. Light Amphitheater.  A night I remember well, because my friends and I ran into Joey Ramone in the Sheraton hotel lobby and (being the photographer) I snagged a photo of my two friends Rachelle and Marissa before he was escorted away (and sadly, never got a picture for myself).

For more on Richie Ramone, including pre-orders of the new album, check out his website, and remember, you gotta move fast if you want to catch these guys (and gal) on the road domestically before they head to the United Kingdom.