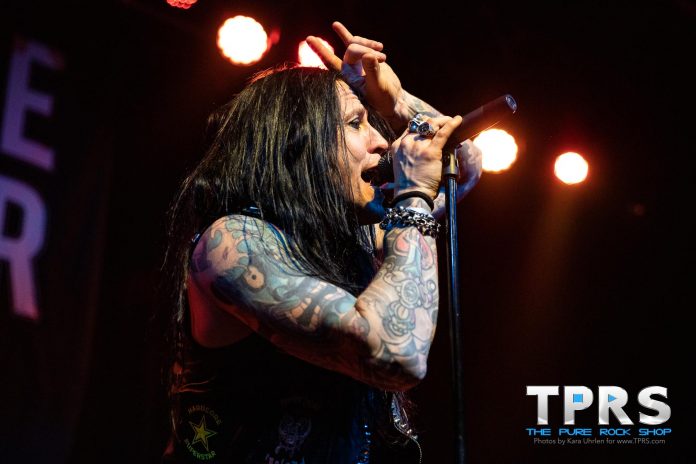 Brad Lee Entertainment, known for the annual Sleazy Sunday post-party following the M3 Rock Festival in Maryland, brought 14 bands, and hundreds of fans together at Atlanta, Georgia’s Center Stage, home of the notorious Powerprog festival, for a fan-friendly experience this past weekend entitled Rocklanta.

And, that Rocklanta experience began long before the weekend even began, with a community of musicians and fans united in the “Saints & Sinners” Facebook group hosting 1,700 members with the same love for hard rock and heavy metal of the late eighties, early nineties, and beyond.  Everyone in attendance seemed like one big happy family.

One might say that the weekend began with a performance on Friday afternoon from from Atlanta’s own O.D.D., but actually the festivities started on Thursday and people began to roll into town with dinner and breakfast gatherings, shared Uber rides, and hotel lobby reunions.  With group rates and hotels just a short walk from the venue, the party continued into the early hours of the morning and again during hotel breakfasts, solidifying that “family” feeling. 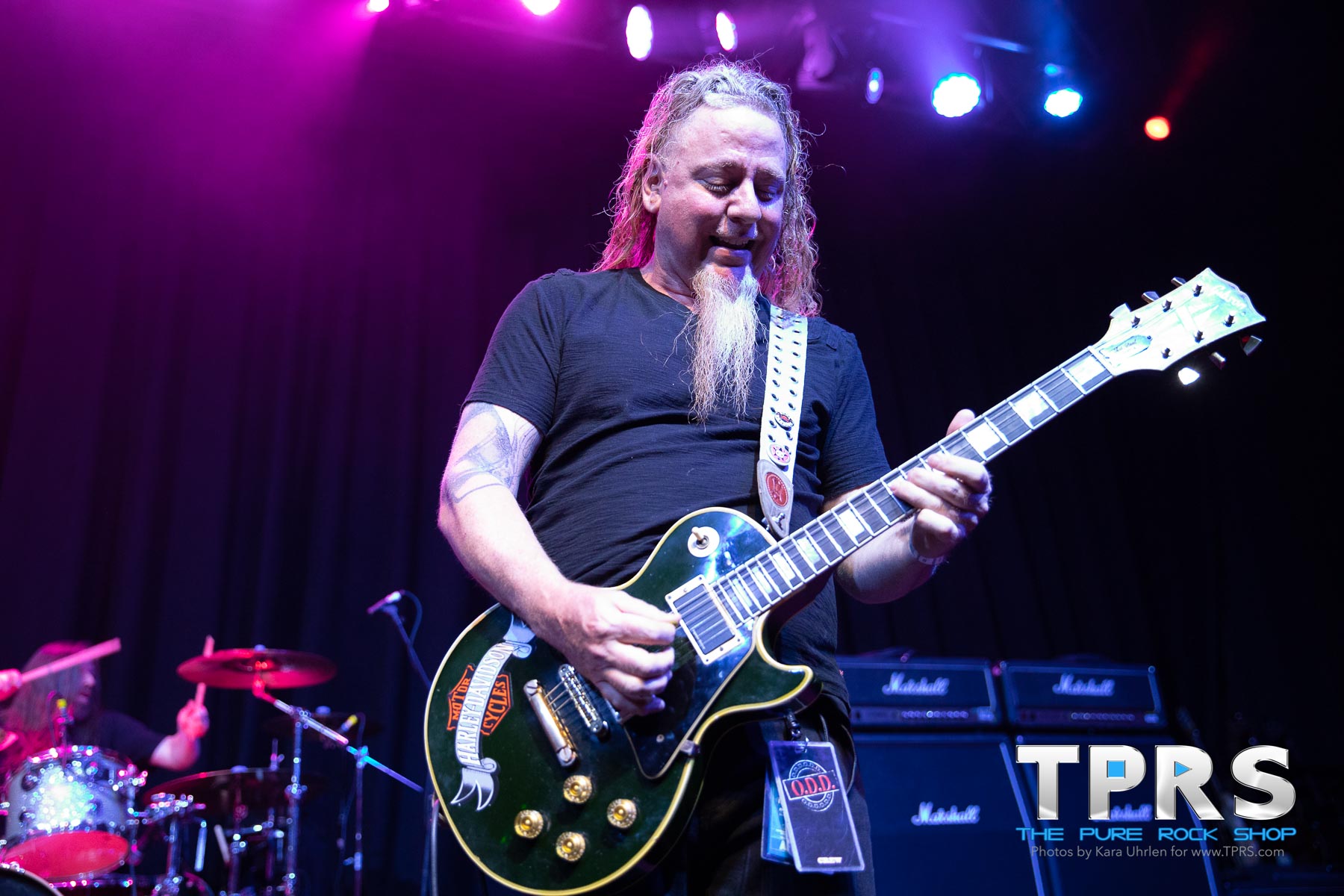 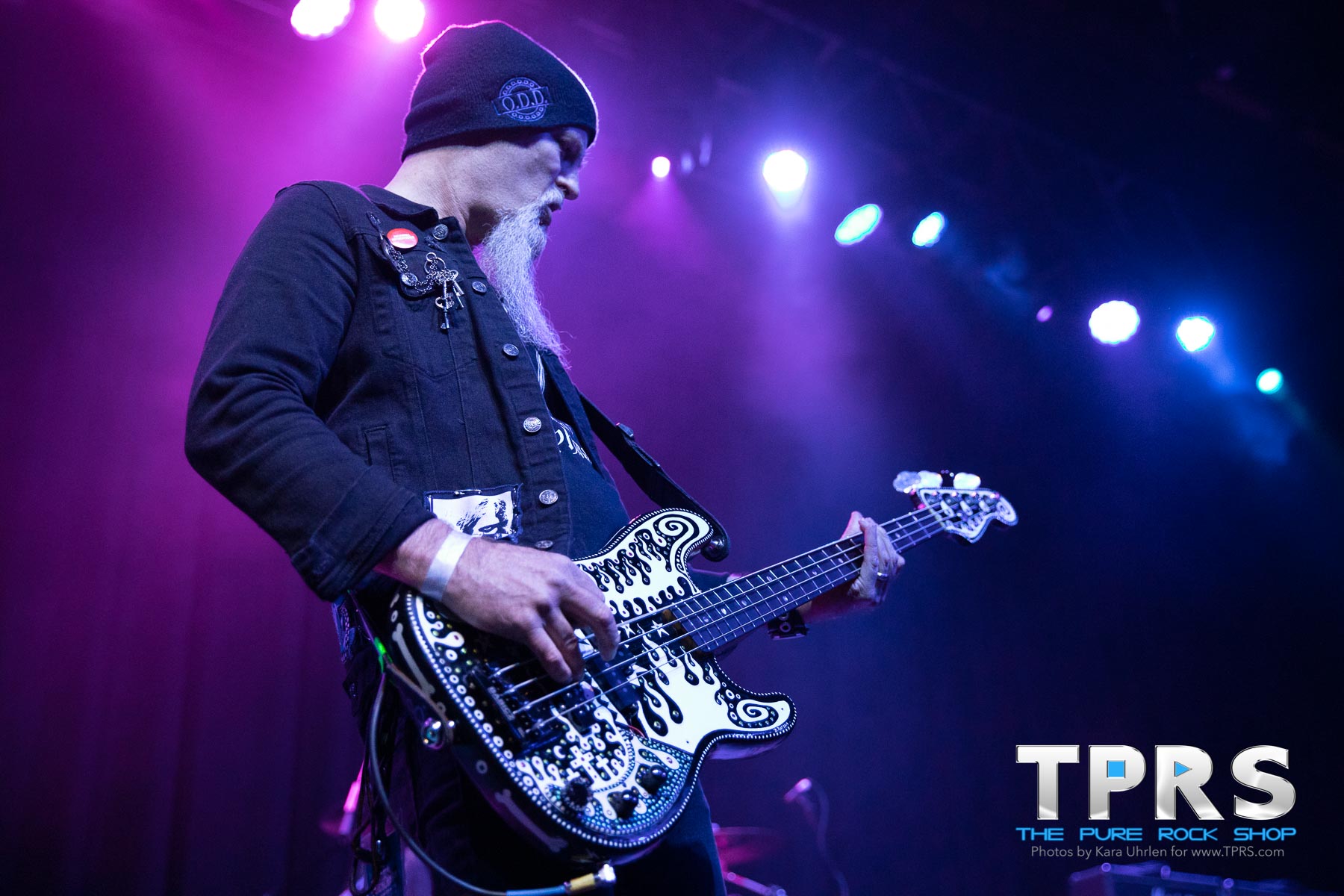 After O.D.D. warmed up the crowd with heavy riffs and melodic vocals, the newly resurfaced XYZ took the stage. Fronted by Terry Ilous, who many will remember from his recent tenure with Great White, highlights from the set included an acoustic medley of “After the Rain,” “When I find Love,” and “Souvenirs” which gave guitarist Tony Marcus and Terry Ilous an opportunity to get up close with the crowd, giving the band a more intimate connection with the crowd which continued when they headed out to the merchandise booth to great their fans in person after performing the favorites “Face Down in the Gutter” and “Inside Out.” 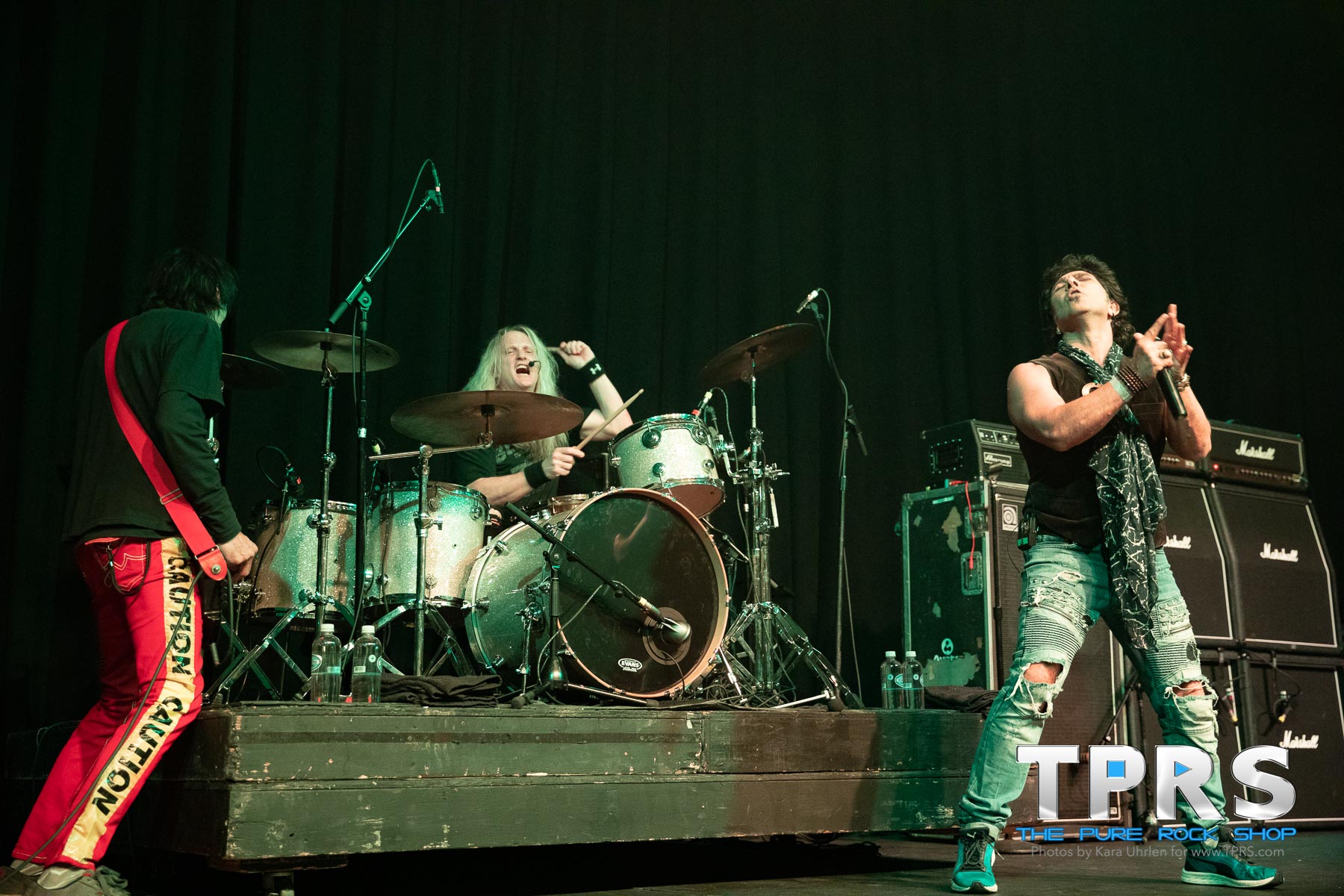 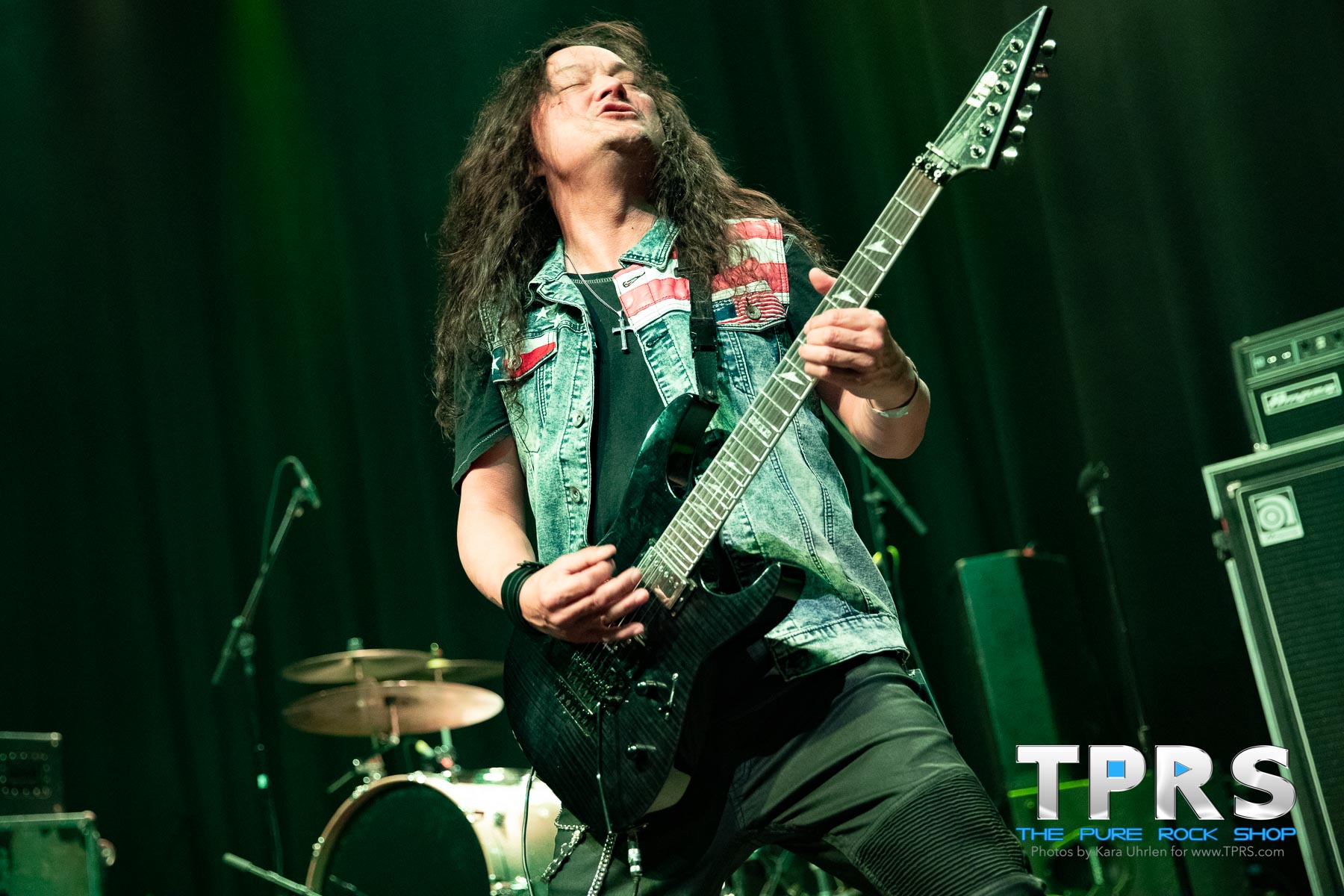 While Firehouse was officially the headliner Friday evening at Rocklanta, the band went on third from the top of the bill having to hit the road for another performance in Charlotte, NC the following evening. From favorites like “Don’t Treat Me Bad” to ballads like “Love of a Lifetime,” their set was loaded with classic hits from the early nineties, filled with energy, and left the entire crowd smiling.

The set even included a special moment for a couple, Lara and Geoff, who joined the band on stage in celebration of a milestone anniversary.  Additionally, C.R. Alsip Guitars of Dallas, Georgia were in the house to check out the custom creations they’d crafted for Firehouse guitarist Bill Leverty. 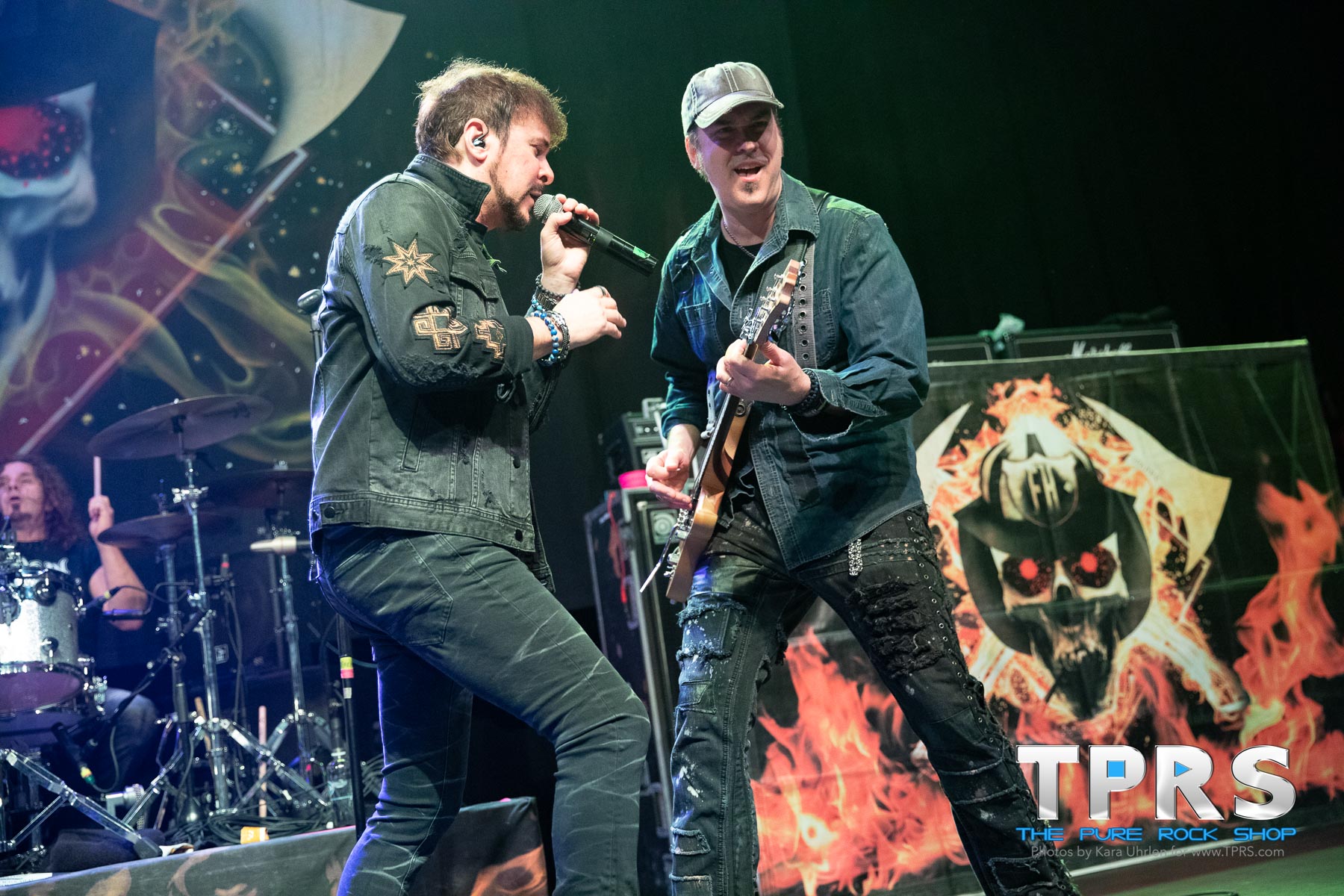 Firehouse was followed by Sweden’s Hardcore Superstar, who were without question the biggest draw of the weekend. Clearly the reason that many ventured from across the country to Atlanta for the band’s only performance in the United States with most in attendance having only seen them once, if ever…this band did not disappoint!

It didn’t take long for frontman Jocke Berg to jump off stage and join us in the photo pit.  I’m sure that everyone covering the festival was delighted that we weren’t restricted to traditional three songs for Hardcore Superstar.

While their entire set was a highlight of the weekend, favorites included “Wild Boys” and “Last Call for Alcohol.” For the latter, the band yanked a group of die-hard fans on the stage for a drink, most notably Roberto from Texas who screamed his head off introducing the band in pure joy – what can only be described as the ultimate fan experience.  One could only be happy for the guy and take lots of photos for what will clearly be a moment he will never forget.  As the band says “You Can’t Kill My Rock ‘n Roll!” 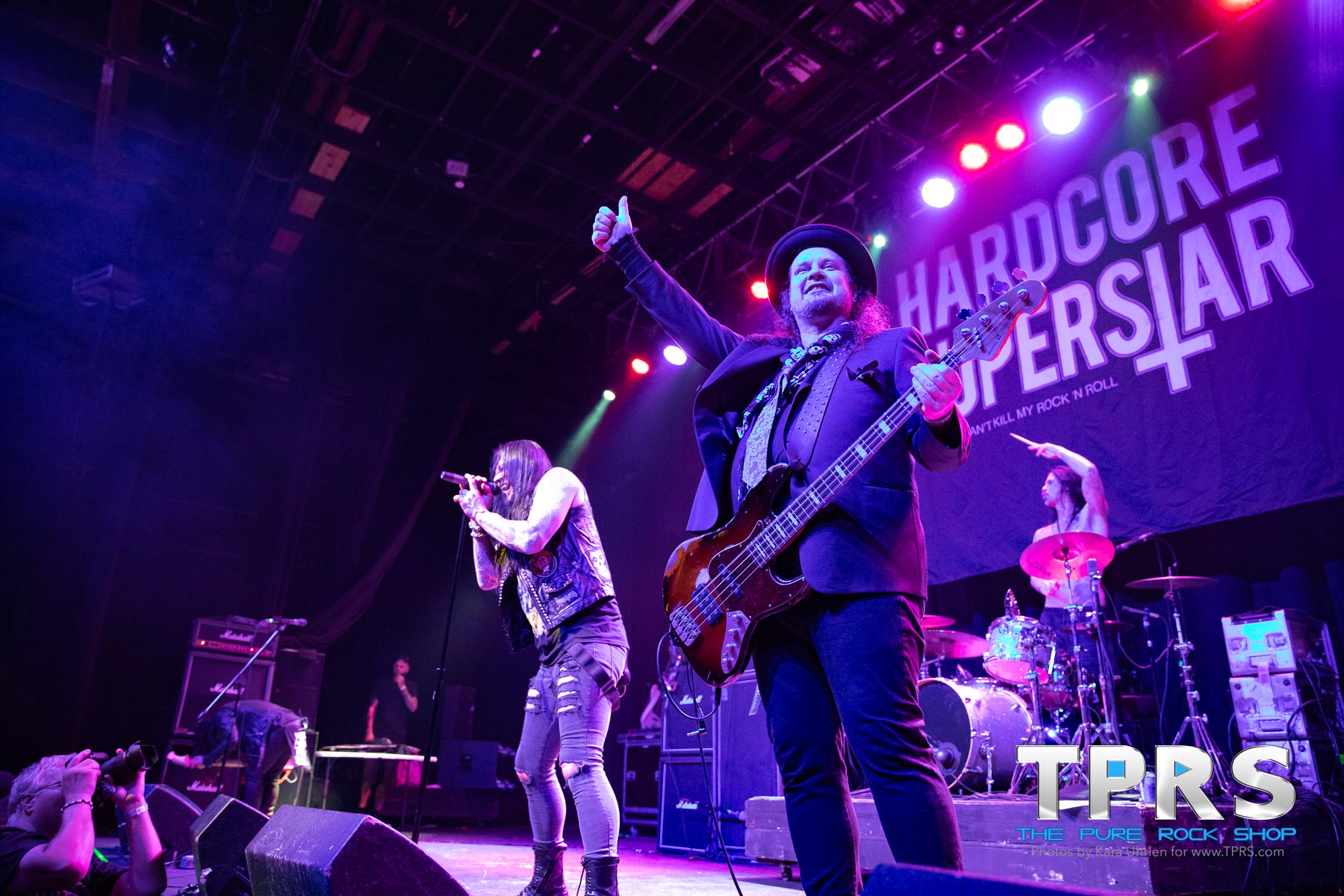 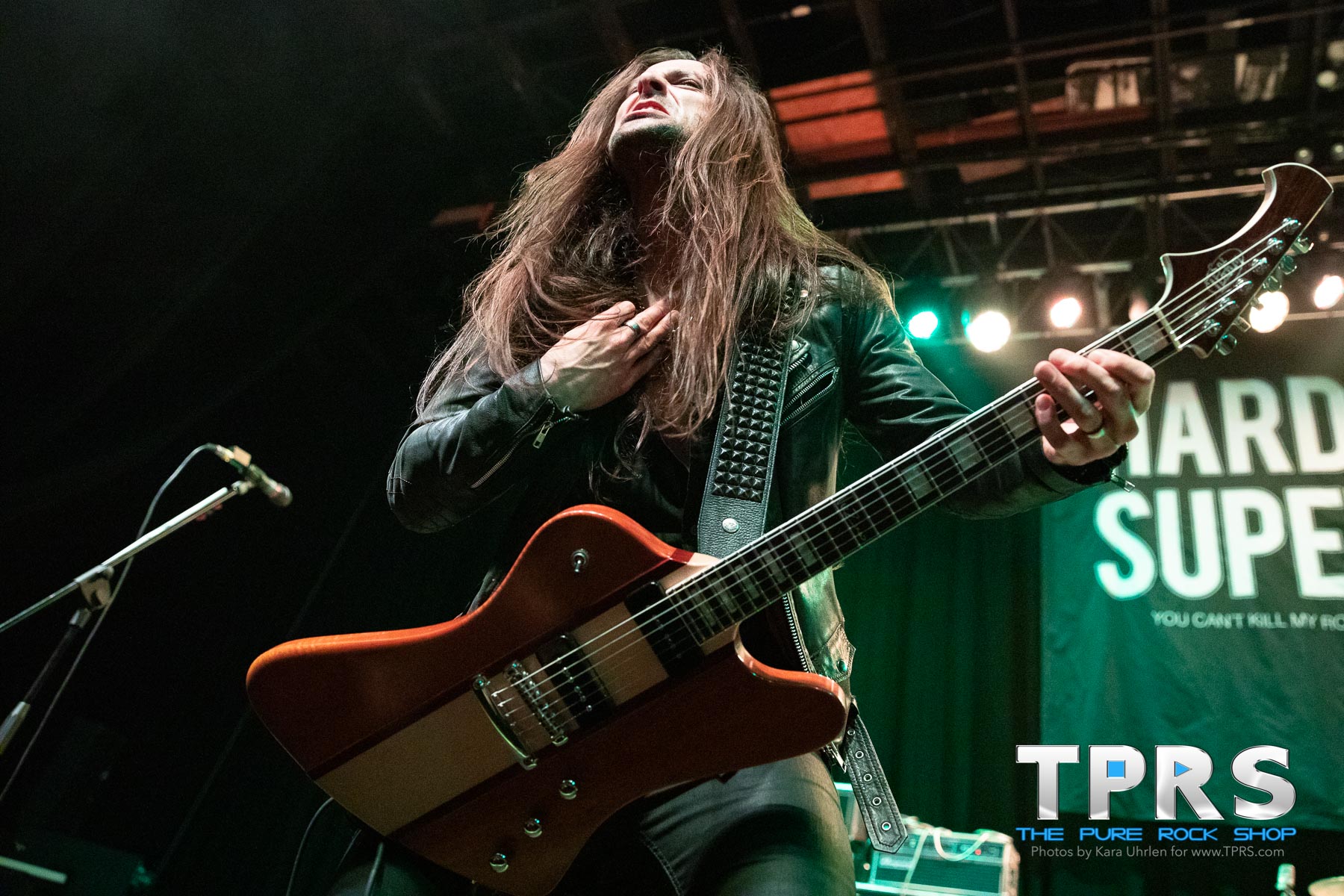 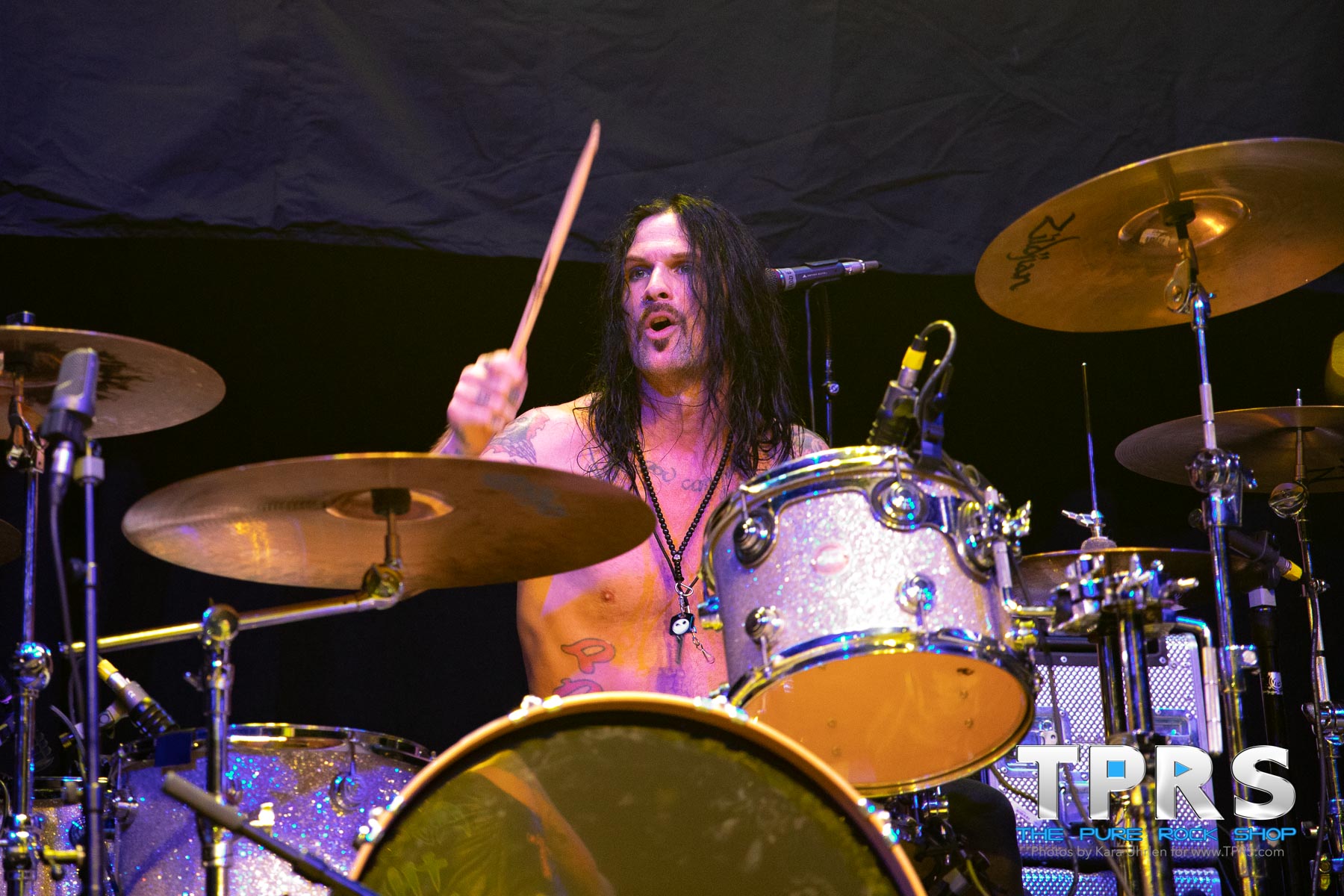 With such an amazing delivery the evening could have easily ended there, but those looking for more late-night fun were treated to a sleazy hard rock performance by Babylon Shakes, who may sound like they came out of the eighties with influences like Faster Pussycat and Aerosmith, but in reality, are actually rather new to the scene.

You can get the full story from our interview on 91.7FM WNJR about the band’s formation and the details about their new album Exile to the Velveteen Lounge, which was released in February on High Volume Music.

Those who stuck around were treated to a fun and intimate set from the band that was followed by a restricted VIP lounge experience that lasted into the early hours of the morning. Those who missed Babylon Shakes, can catch them again next month at the MB4 unofficially warm-up show for the M3 Rock Festival in Maryland along with Kickin Valentina and EMN. 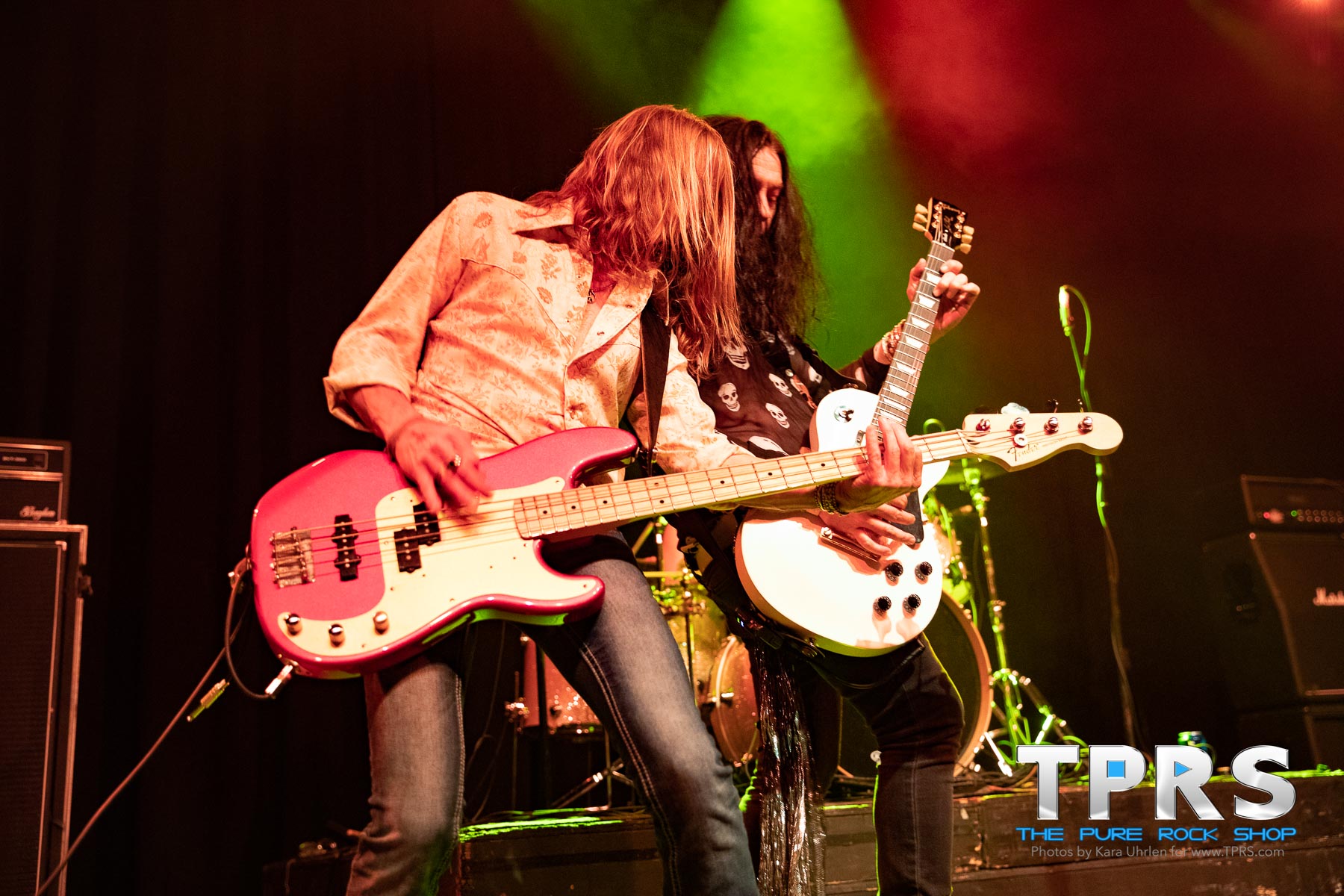 For more from the artists from Rocklanta’s Friday line-up, check out our interviews with Bill Leverty from Firehouse, Terry Ilous from XYZ, and Chris Clark from Babylon Shakes from The Pure Rock Shop’s show on 91.7 FM WNJR.

Catch more radio interviews and pure rock programming, including solo music from Bill Leverty, classic Firehouse and XYZ, new cuts from Babylon Shakes, and more on 91.7 FM WNJR in Pittsburgh and online atWNJR.org daily from 3pm EST – Midnight.  And, follow us @ThePureRockShop for the latest news, and be sure to read on for more coverage from day two of Rocklanta here. 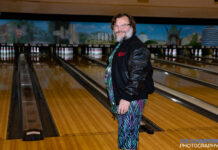