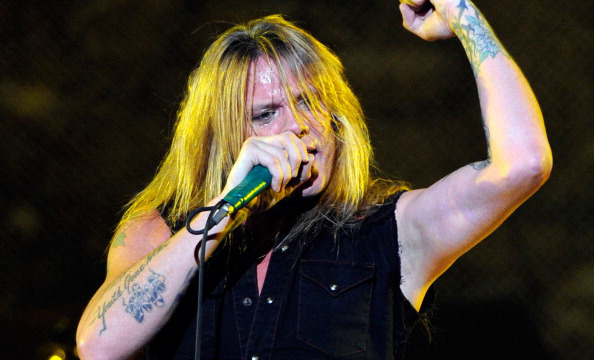 When the original “Youth Gone Wild” hits the stage, the crowd goes wild too!

Pittsburgh, Pennsylvania’s Graffiti’s Showcase hosted Bach and his band as they rung in the new year on February 8th, kicking off the second leg of the “Bring ‘Em Bach Alive” Tour.

Sadly this will be one of the last shows, at Graffiti’s, which will be closing at the end of March. But Bach helped local fans say goodbye on a good note, selling out the place (a rarity for a Pittsburgh show).

Bach told local media that he played to top his last appearance at the club when members of Pantera joined him on stage and invited him to join them on tour as an opener, along with Anthrax. So instead of surprise guests, Bach delivered and adrenalized the crowd with a fist-pounding charge of energy. At times we were left wondering if he would ever take a breath…

The set included chart toppers like “I’ll Remember You,” “18 & Life,” and “Youth Gone Wild,” as well as Bach’s latest singles “(I’ll Never Turn My Back On) Rock ‘n Roll” and “Superjerk, Superstar, Supertears,” and even some obscure Skid Row songs like “The Threat” and “Frozen.”

And though this was the best Bach performance I had ever seen, I had to come back for more. And I was treated to another great sold out show at the Alrosa Villa in Columbus, Ohio. A club that Bach and drummer Bam Bam McConnell had frequented as teenagers, with their band Madam X.

Luckily the timing permitted for a double dose of thunder, as special guest Anton Fig from the David Letterman show (who also plays on Bach’s new album), joined Mark “Bam Bam” McConnell on drums. With their kits side by side the two played together on several songs and performed a killer drum solo, like nothing I’ve seen before.