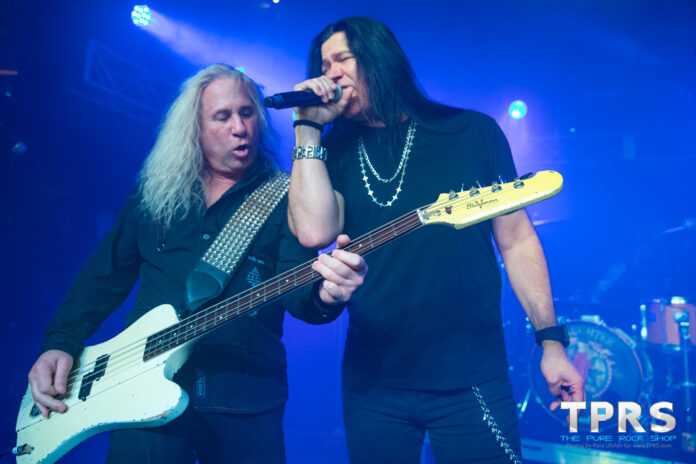 I ventured out to our hometown home away form home, Jergel’s Rhythm Grille, on Thursday and Friday night this week for back to back shows, the first of which was Slaughter with our friends from Virginia, Red Reign, and 7 Fatal Guns in support. It has been a few years since we’d caught up with Red Reign locally due to Covid, with their last show being with Winger back in May of 2019. 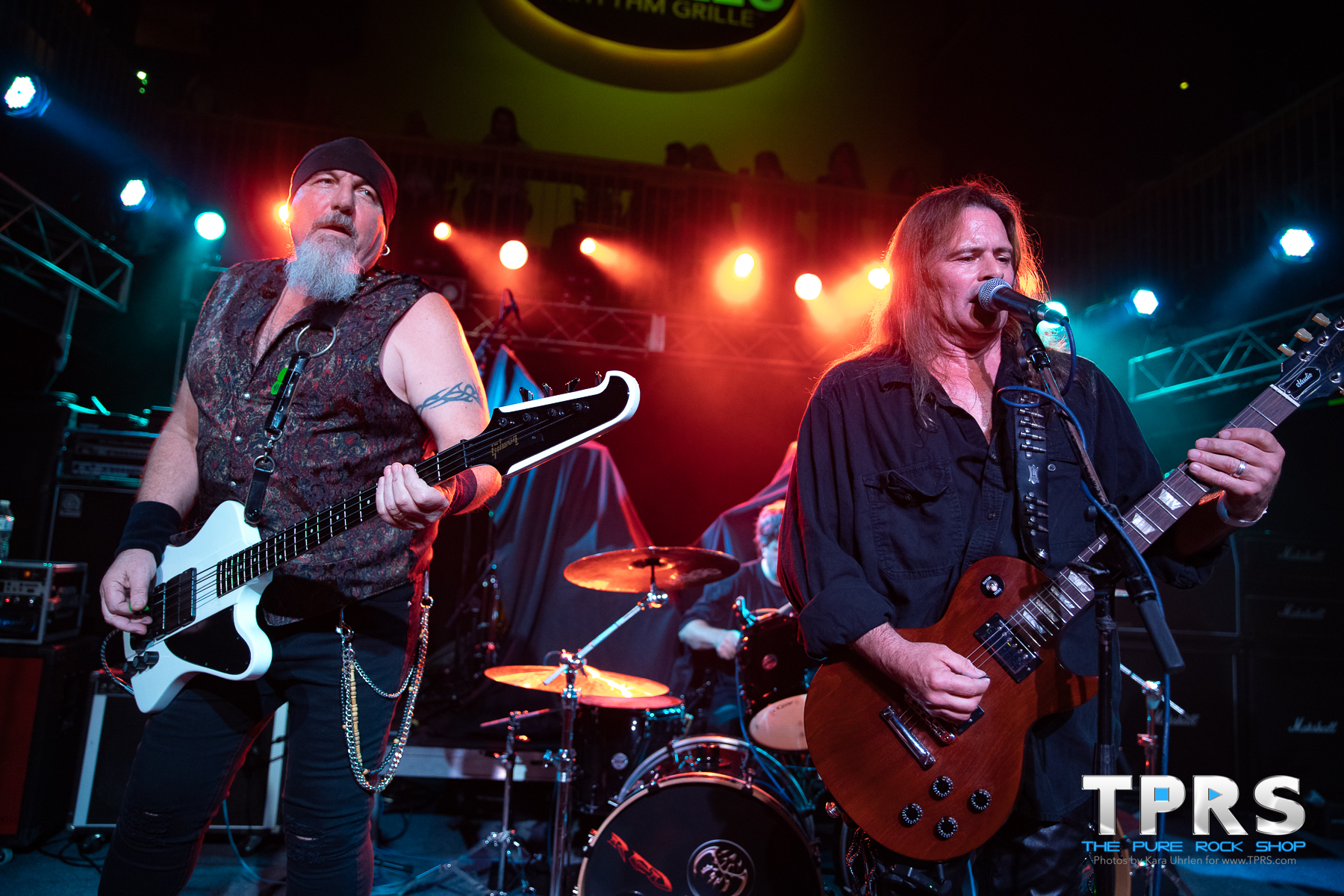 Despite not playing locally in a while, and it being their first show of the new year, they took the stage like the pros that they are, and had the crowd’s attention from the get go.  Delighted to see the response from my followers online, and the feedback they received when I went live for their very first single “Not That Way.”

It was the song that started it all and continues to be a highlight of the set, and the perfect way to end the show on a high note.  Though it was a short set, just seven songs in all.  So it is great to hear that they are currently writing material for another album! 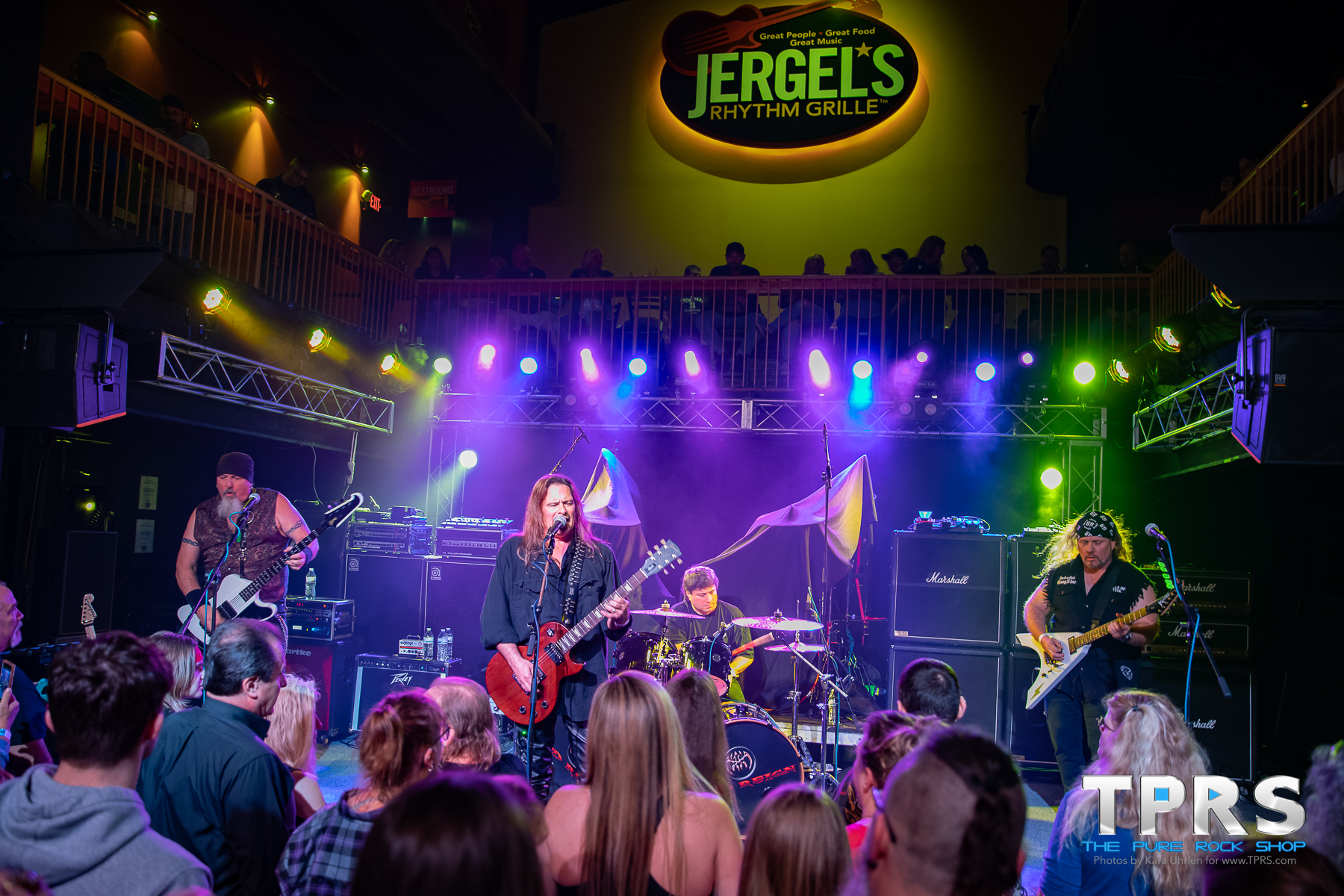 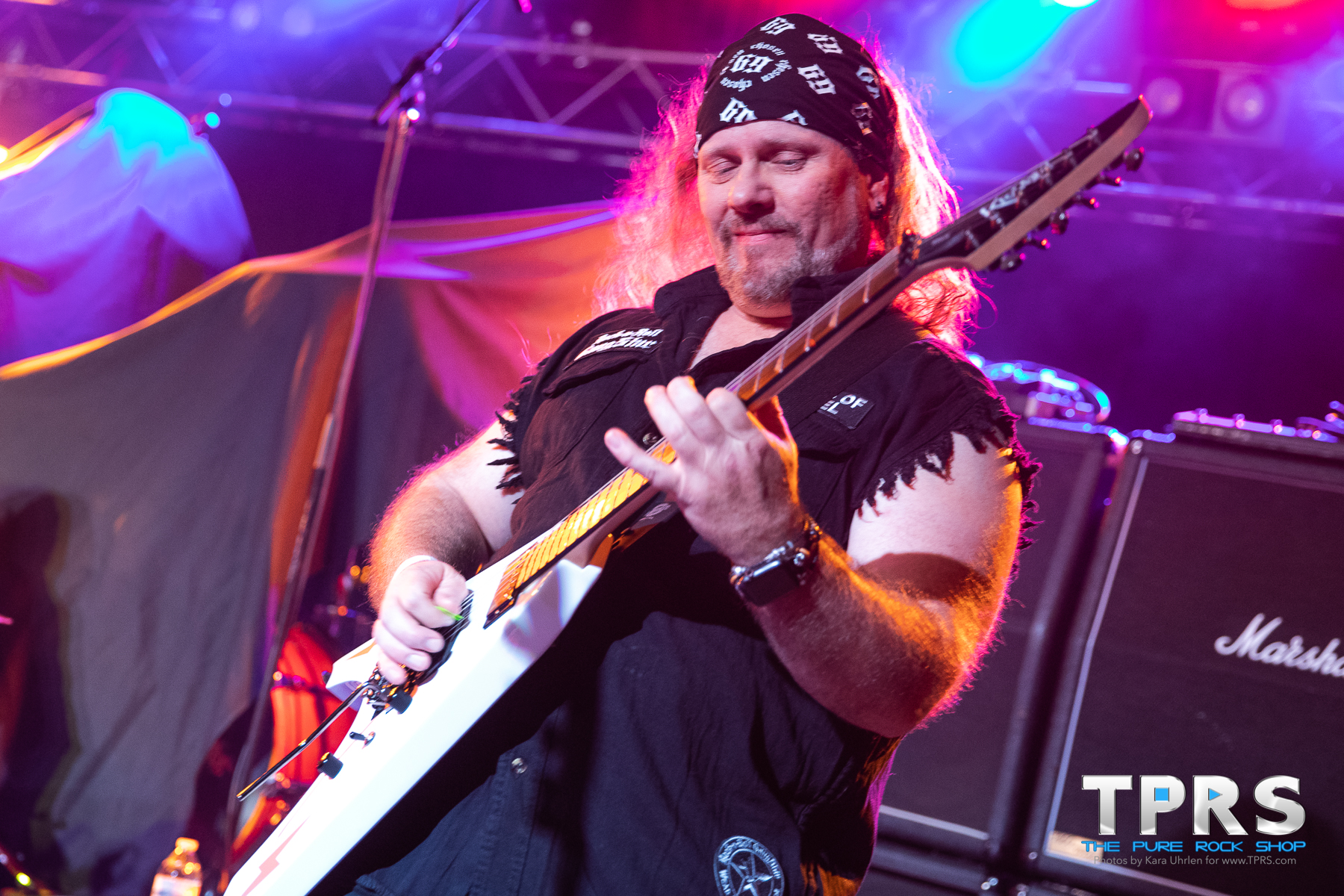 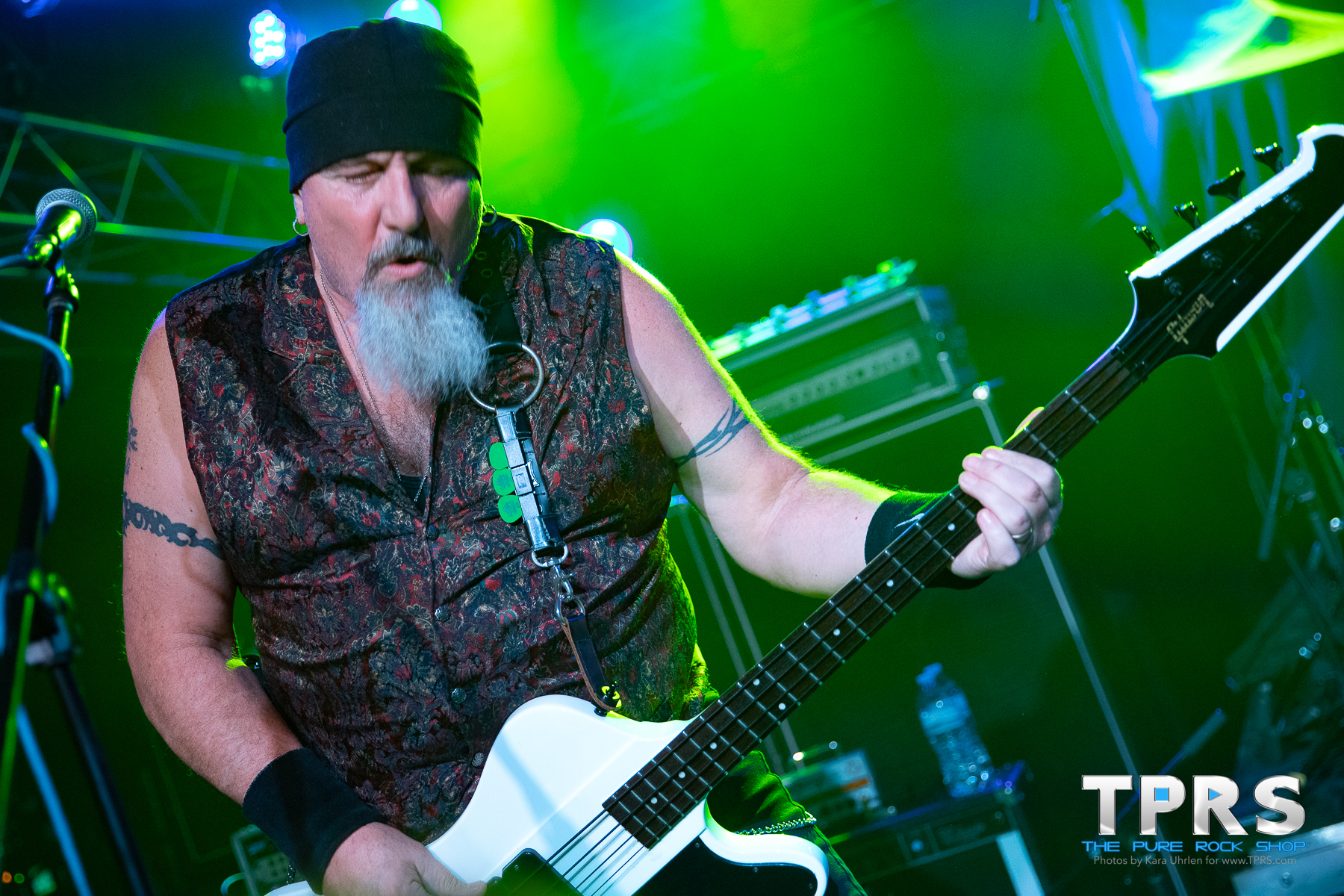 What to hear more? Check out Red Reign’s single and video for “Toxic” and interviews with drummer Sammy Lee from our WNJR radio archives, including an interview from when we introduced the band’s first single “Not That Way” to the FM band back in 2018. Keep an eye out for these guys and follow them at RedReignBand.com and on social for the latest.

Slaughter took the stage soon after and immediately caught our attention with some pretty cool pyro flashes of lights and fog. They kicked things off with “Mad About You” from their Stick it To Ya release that made our hearts throb, and went on to include more than half of the cuts from that monumental release in the set.

It is hard to believe that it has been over 30 years that I’ve been a fan of this band, and perhaps even harder to believe that the first Slaughter show I covered was in my college radio days at Duquesne University when the played in Weirton, West Virginia on the Fear No Evil tour (and sadly one of the last times we saw Tim Kelley on the road with the band before his passing). 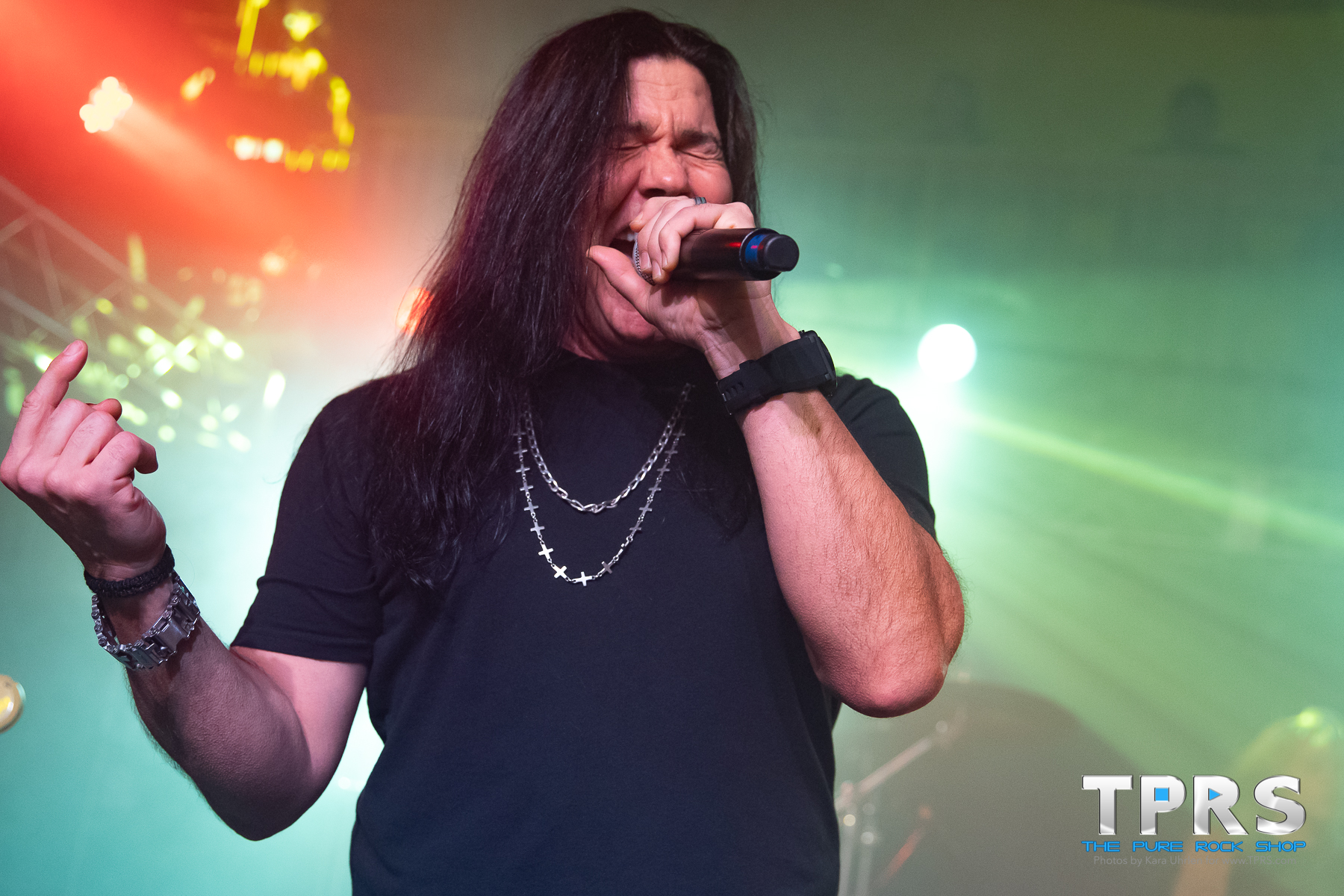 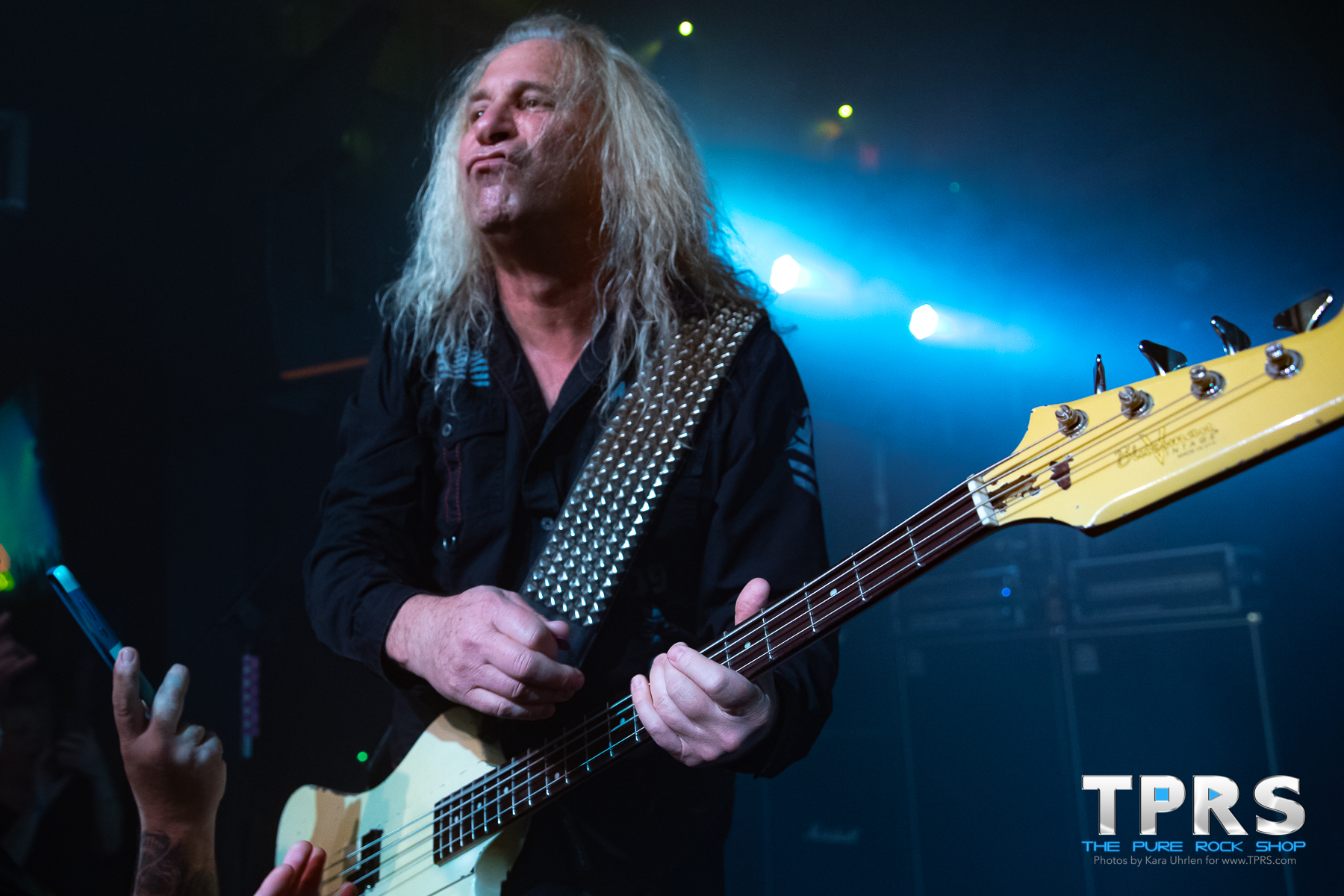 While it has been a few years since we’ve caught up with Slaughter at Jergel’s, we regularly catch these guys on the road and at festivals.  In fact, their performance with Great White at the MGM Grand in Northfield, Ohio was one of the last shows we saw before lockdown happened two years ago, and they were cruising with us on MORC in February and soaking up the sun at Rokisland Festival in Key West in January as well.

While we’ve seen many Slaughter shows, there are always a few surprises. Led Zeppelin’s “Immigrant Song” is a regular addition, but the cover that blew us away on Thursday was The Who’s “Won’t Get Fooled Again,” which was part of a medley of the band’s biggest anthem “Up All Night, Sleep All Day,” along with Van Halen’s “Ain’t Talkin’ ‘Bout Love.”

Personally, I’d like to see the Zeppelin cut removed from the set.  Historically, it has given Mark Slaughter an opportunity to show off those wailing screams that are his trademark, but it seems to strain his voice and take away from the rest of the set at times.  This show seemed to be an exception, perhaps because he didn’t leave the stage.  In fact, I was front and center for the show and this was by far one of the best Slaughter performances I’ve seen in years!

I doubt we will see it go, as everyone from Vandenberg to Ace Frehley (who we saw the night after) tend to include a bit of Leppelin in their set.  And, well, we all saw how Jeff Blando stepped up at Monster’s on the Mountain expanding on his usual Led Zeppelin prelude, when he and Dana were pulling double duty with Vince Neil band (and he of course had to take over when Vince took a fall).  It is almost like a right of passage that a band reaches the point where it’s acceptable to cover Led Zeppelin (removing the “No Stairway” sign like in Wayne’s World).  But, it would make room for a few deeper Slaughter cuts, which would be a welcomed change. 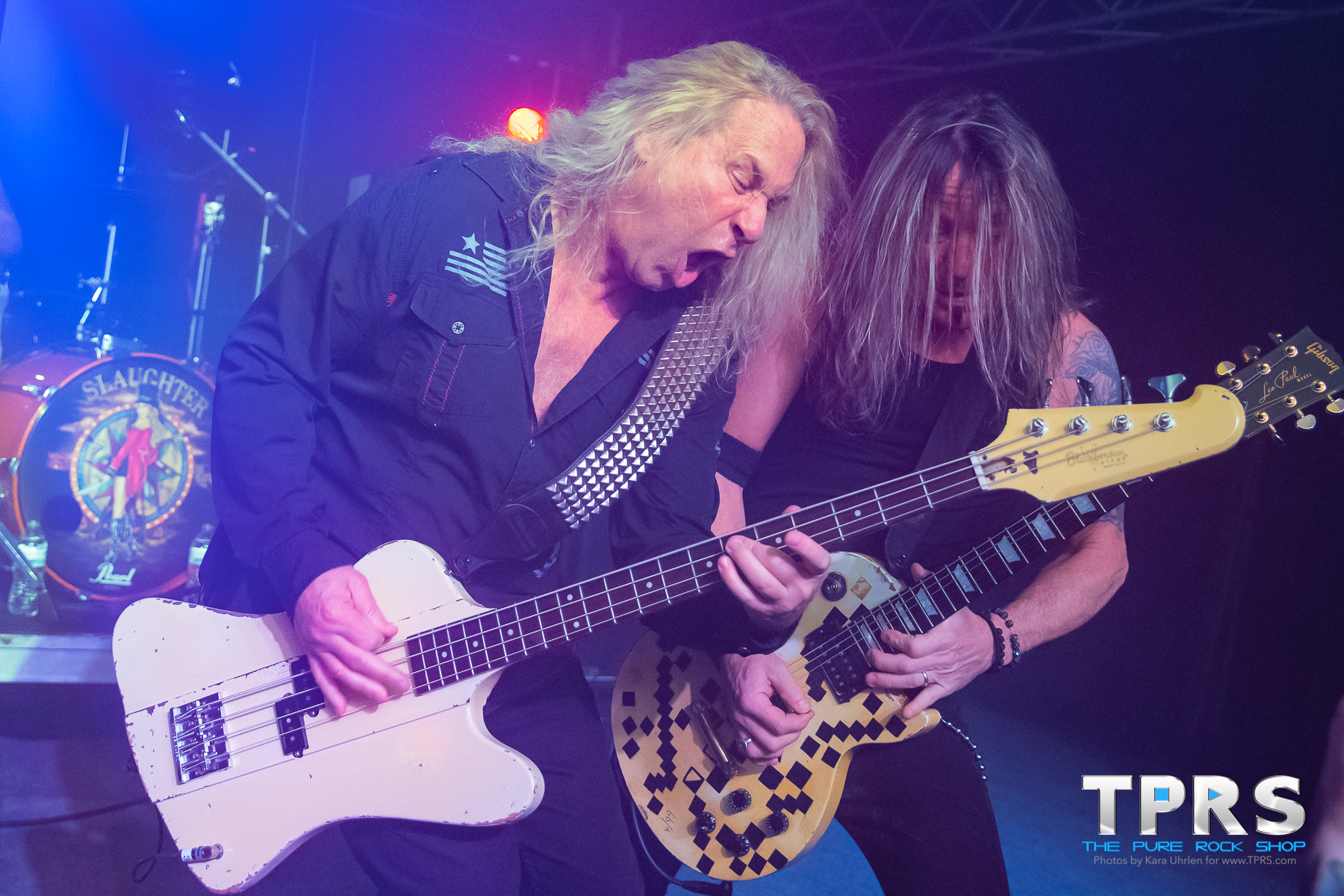 And while it has been three decades, these guys don’t seem to slow down.  Mark Slaughter and Dana Strum play off each other on stage just as they had in the early days, and guitarist Jeff Blando continues to impress on both guitars and vocals.  Their constant touring does seem to leave a rotating door for drummers, but each brings his own energy and style that it keeps things interesting for the fans.

Of course original drummer Blas Elias keeps busy with Trans-Siberian Orchestra and Burning Rain.  And Will Hunt has certainly been keeping busy.  He was also doing double duty on the Mountain, filling in with KIX after drummer Jimmy “Chocolate” Chalfant suffered a heart attack at his home just weeks prior.

And, ironically, while we were in Key West for the beach party, Will was touring with his band Evanescence and Halestorm. They were slated to make up a show they’d missed in Pittsburgh at the Peterson Events Center due to Covid.

Yet, mother nature had other plans in store, bringing a snow storm that shot down the interstates and left them no choice but to cancel again in January.  So, while Will was left in the ‘Burgh with no show, Tokyo Motor Fist and Adrenaline Mob drummer Jordan Cannata was kicking ass with Slaughter in Florida.

Happy to catch up with Will at this show for sure, we told him we were beginning to wonder if he just didn’t want to play in Pittsburgh? (which of course couldn’t have been further from the truth). Halestorm will be found at Stage AE with Stone Temple Pilots and Black Stone Cherry, but there are currently no plans for Evanescence to return here this year.

For more from Slaughter, hit our archives for show reviews and check out this interview with Mark Slaughter. 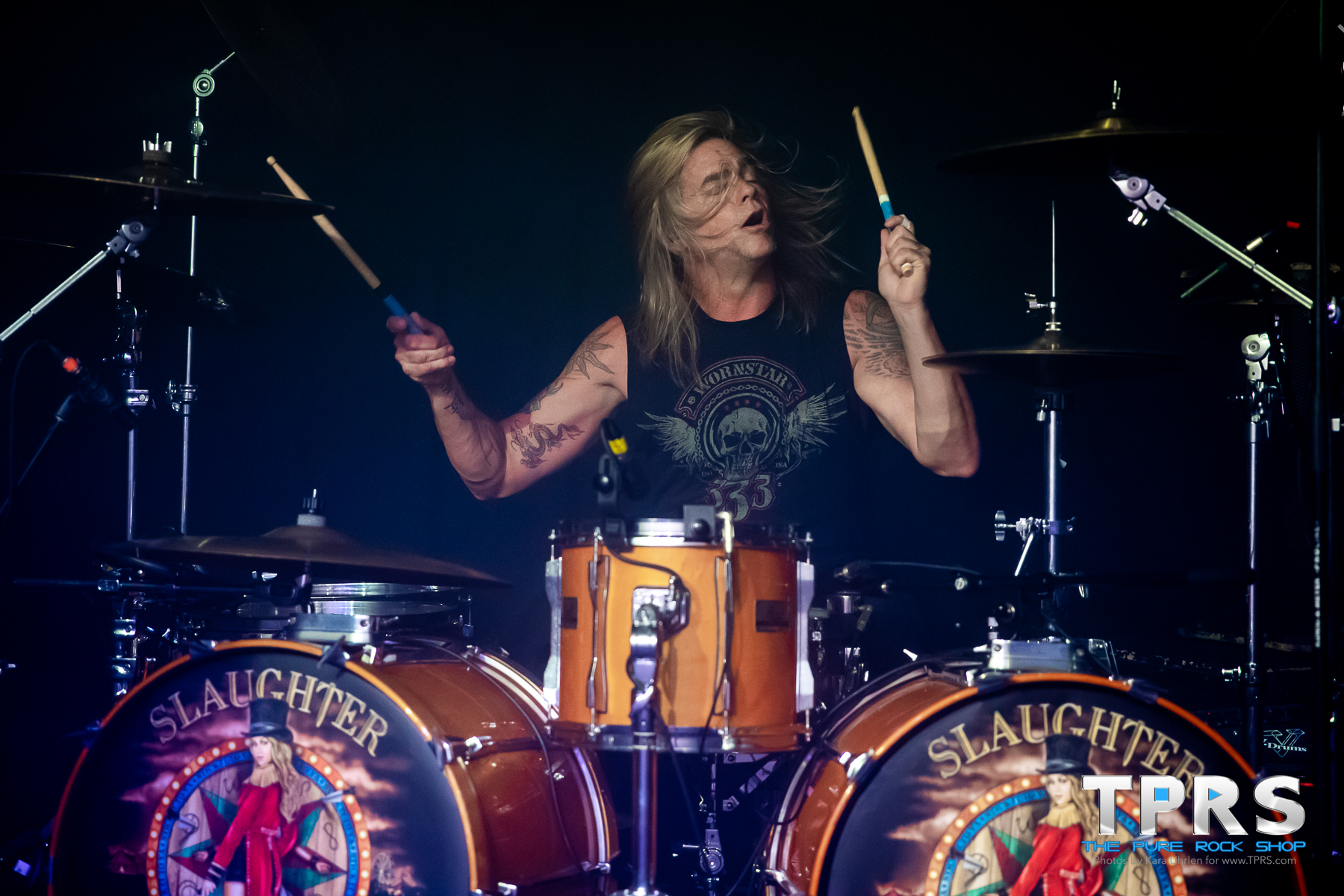