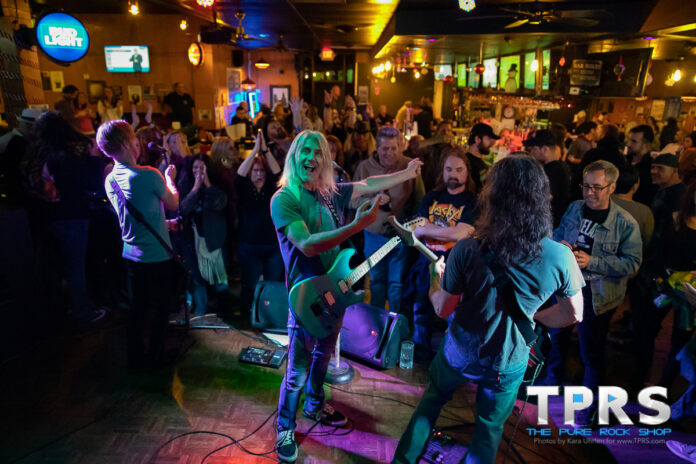 After an intimate show at Audio Bay studio on Thursday evening, which we sadly missed (especially since it was catered by Smokin’ Rock ‘n Roll BBQ), TUFF was joined by Cleveland’s Priscilla and Billy Morris & The Sunset Strip on Friday night. The bands packed the house at The Local in Strongsville, Ohio, just outside of Cleveland, with only standing room left at 7p.m.  It was their second of three Ohio performances, which concluded in Cincinnati at MVP Sports Bar for Kenny Ozzfest on Sunday.

Fans gathered close before the openers Priscilla took the stage at 8:30 p.m. and most remained until the evening concluded after 1 a.m.

Priscilla features Brad Slitt on vocals, Jonnie Vincenzo on Lead guitar, Eugene Arthurs on Bass guitar, Bradley Ruff on Drums, and David Brooks on Rhythm guitar. Their record labels description of the band’s delivery as “sweaty, hard, x-rated, pornographic rock n’ roll” held true as frontman Brad Slitt could be found thrusting against the small stage at the Local with moves that would have made a young Jim Morrison proud.

Priscilla delivered sleaze rock originals like “Six Six Sex,” “Like a Tatoo,” and “High Fashion,” as well as some covers from Guns ‘n Roses and AC/DC to draw in the audience, who crowded between the bar and the stage making it impenetrable during their set. This was our first time catching Priscilla live, but we hear that the band has risen from the ashes of The Marky Ramone Band and St. James (lead by Jaime St. James of Black N’ Blue). 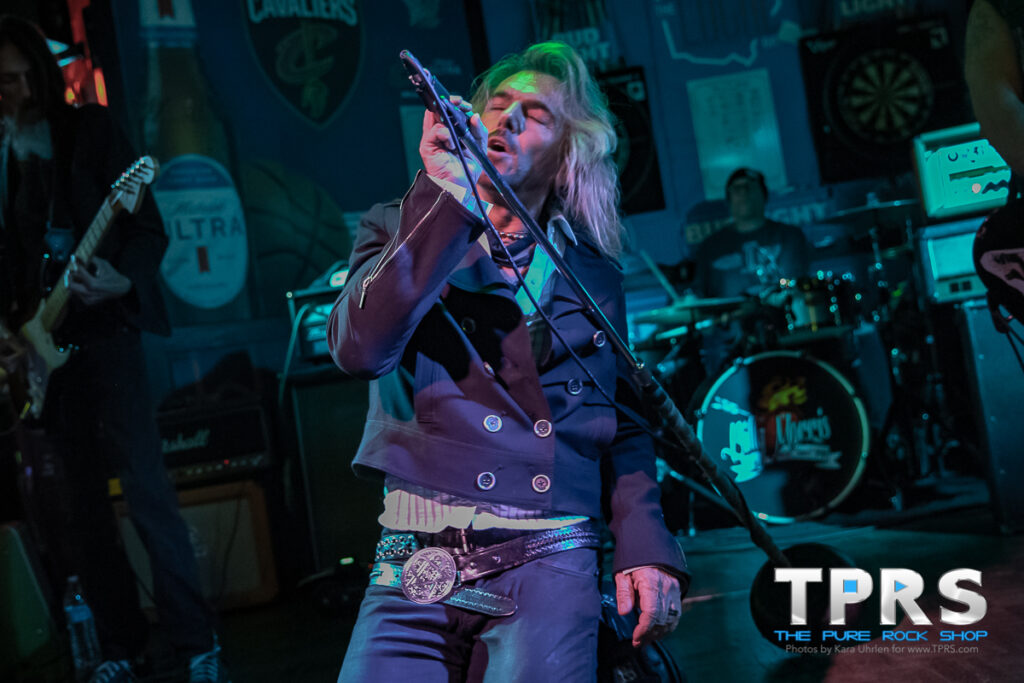 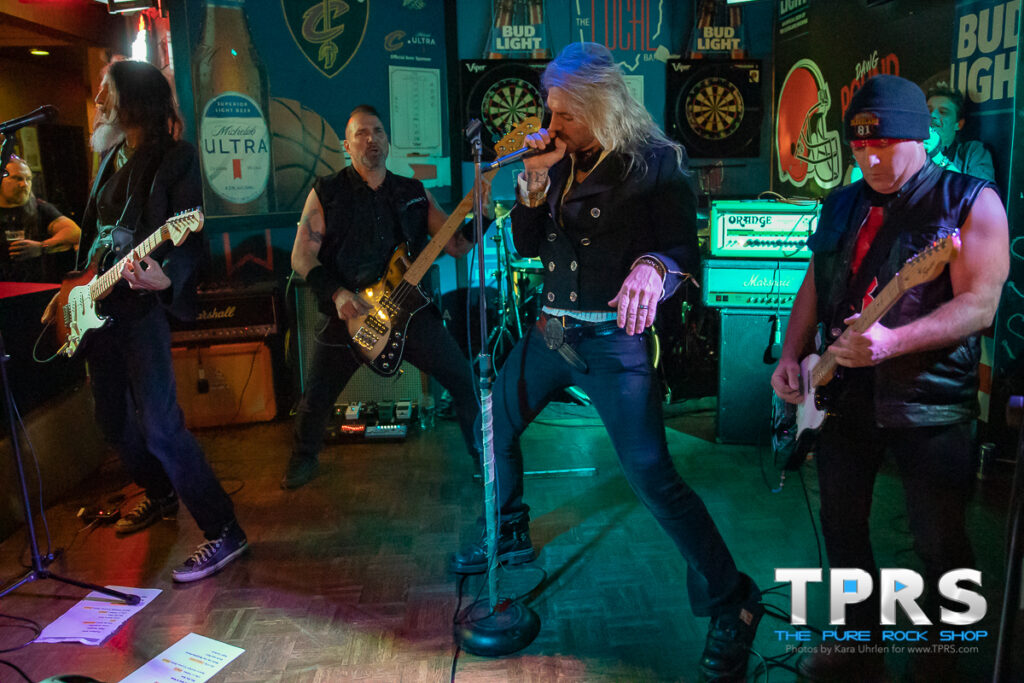 Warming up for their upcoming January 2023 dates down under, Tuff took the stage next treating the audience to a lengthy set which featured some surprises like “Summer Time Goodbye” and a rare cut, “Sinner Street.”

The current line-up of Tuff features Stevie Rachelle on vocals, Todd “Chase” Chaisson on bass, Billy Morris on guitar, and Tod “T” Burr on drums.  Having last seen these guys on the Monsters of Rock Cruise, it was a treat to hear crowd favorites like “Spit Like This,” “Ruck a Pit Bridge,” and of course their hit ballad “I Hate Kissing You Goodbye” in a club setting.  In fact, it seemed at times that the crowd was singing over the band as raised their fists for each chorus in excitement.

Our Australian friends can catch up with Tuff on Jan. 25th in Brisbane, Jan. 26th in Melbourne, Jan. 27th in Adelaide, and Jan. 28th in Sydney with 10 bands each day, including Faster Pussycat, Wednesday 13, Eclipse, Enuff Z’Nuff, Pretty Boy Floyd, Australia’s own Cassidy Parris, and more! 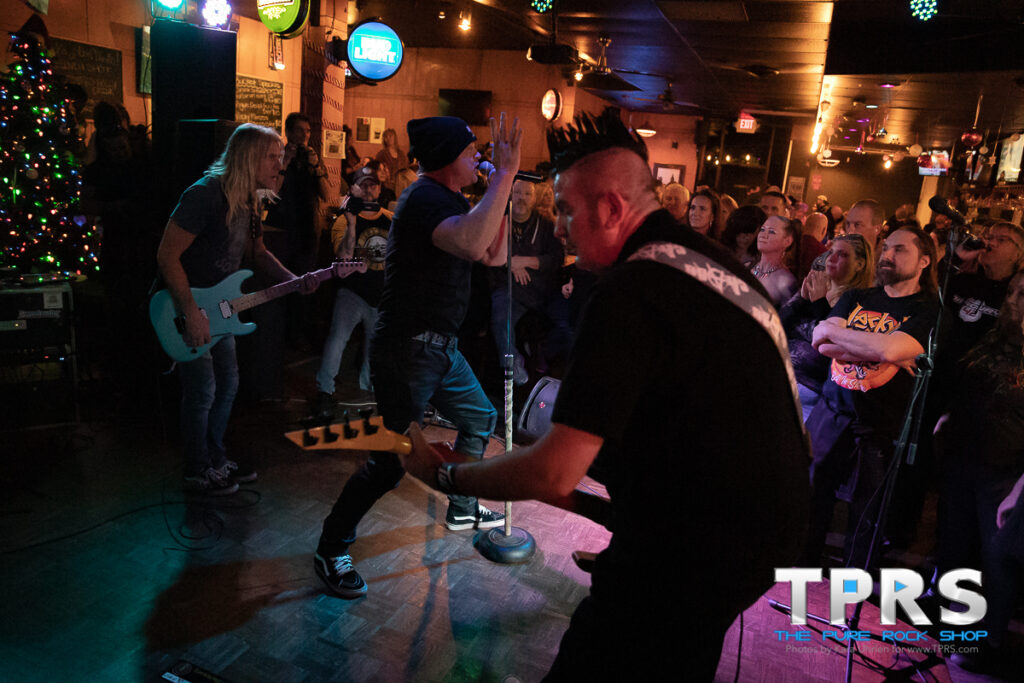 Billy Morris & The Sunset Strip closed out the evening with a fun set of mostly crowd-pleasing covers.  But, they were sure to include their single “Party Like the Weekend Never Ends” from the album Holdin’ All the Aces. For those who aren’t familiar with the cut, click the link to listen into our interview with Billy from the WNJR FM days.

Given the slowdown of live travel and live shows over the pandemic, it has been a while since we’ve caught their show live.  So, it was fun to hear what new additions could be found in the set.  The band’s current line-up features Billy Morris on lead vocals and guitar, Aaron Adkins on guitar, Jeff Ready on bass and Tony Castillo on drums and they didn’t disappoint.  Highlights included Def Leppard’s “Pour Some Sugar on Me,” as well as several songs from Billy’s former band Warrant like “Cherry Pie” and “Uncle Tom’s Cabin” and of course some Poison (with some of that classic Poison choreography for emphasis).

As is customary as the evening rolls on and the shots (and apparently Genesee Cream Ale) keep going down, the band’s lengthy set became more informal.  In fact, women from the crowd were invited to dance on the small corner stage, musicians got switched in and out, and several friends were invited to join frontman Billy Morris at the microphone, including Brad Slitt from Priscilla who jammed on a couple songs and kicked off the set with some Van Halen, Stevie Rachelle, who delivered some Judas Priest, and our own Kara Uhrlen, who got tricked into coming out from behind the camera to sing some Joan Jett without warning! 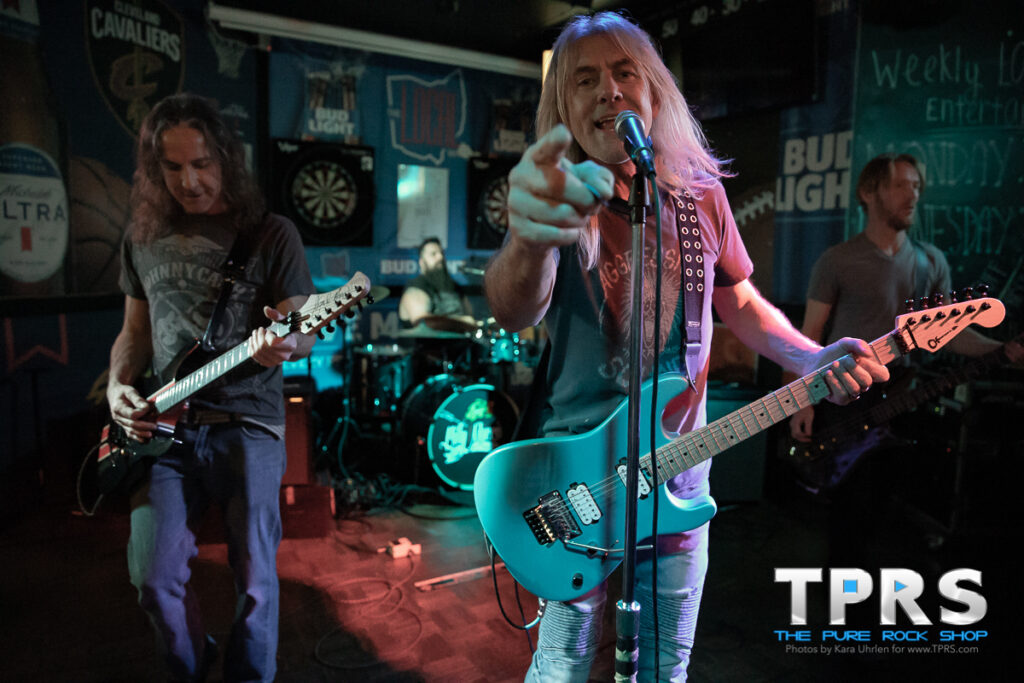 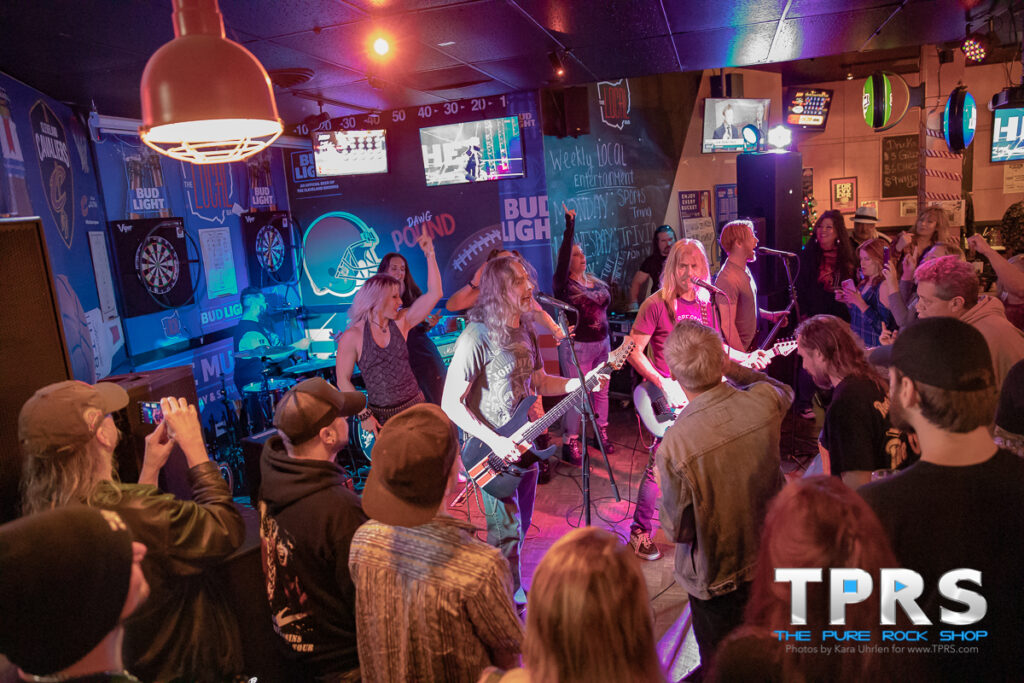