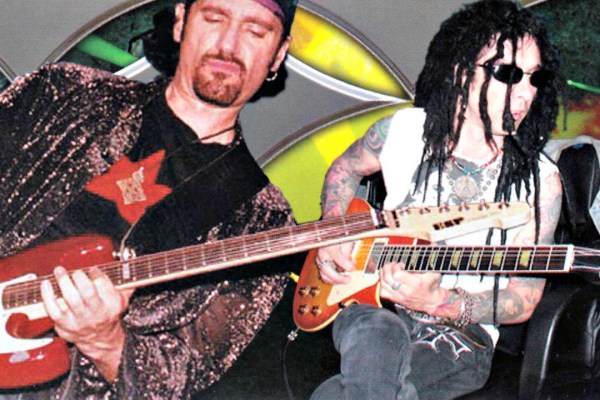 TPRS.com caught up with Union on April 18th at Banana Joe’s in Pittsburgh, a dance club that has also recently opened their doors for established national acts like Quiet Riot and Firehouse, as well as Union, but they have yet to master the art of concert publicity.

Bringing together great talents from Motley Crue and KISS and a killer rhythm section, one would think that Corabi, Fitz, Hunting, and Kulick would have no problem filling a room, but as Kulick put it, it seems like people in Pittsburgh just want to dance.

Low attendance and lack of localized publicity certainly didn’t change the energy of the band and with hometown sound hero Randy Muellier behind the board, there was no doubt that we were in for a great show.

The guys kicked off the set with the opening track from their debut album “Old Man Wise” and as demanded by the audience, ended with an encore of Motley Crue’s “Power to the Music,” instead of Cheap Trick’s “Surrender” off the set list.

Their set includes a mix of old and new Union, including “Love (I Don’t Need It Anymore)” and the single “Heavy D…” from their debut and “Hypnotized” and “Do Your Own Thing” from The Blue Room, and leaves even those who don’t know a single song hooked on the band.

TPRS.com hit the road to catch up with them again at Sherlock’s in Erie, PA on April 19th, joined by several others who attended the Pittsburgh show…and we were delighted to see a bigger crowd this time around.

The only complaint I have about their shows is that they didn’t play longer. Surprisingly missing from the set both days was one of the band’s first singles, “Tangerine,” though they found room to include a few crowd pleasers, The Scream’s “Man in the Moon” and “The Jungle” from the KISS Carnival of Souls album.