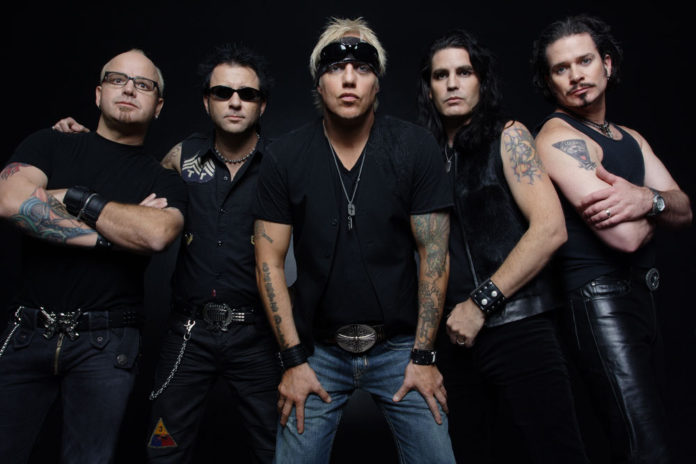 Warrant has hit the road again, this time in support of their Cleopatra release, Greatest and Latest, which was released last fall and includes new versions of their hits along with three new tracks, hence the name “Greatest and Latest.”

We hit the road to catch up with Warrant in Columbus, Ohio at the Alrosa Villa knowing that frontman Jani Lane hails from the state of Ohio and it always makes for a great show…

Warrant’s set list has stayed about same through the past few years, but they always deliver the hits that everyone wants to hear and add a few different songs to the mix. This time the new additions included “Crawl Space” from their Ultraphobic album and Black Sabbath’s “War Pigs,” with which they ended the show. Another one of the latest additions was a song entitled “Face,” which will be included on an upcoming studio album that will begin production in June.

As Lane so eloquently explains to the audience that he wrote a lot of ballads, in an effort to keep most the show heavy, he brings out the acoustic mid-set and they do a medley of their hits including “Sometimes She Cries,” “I Saw Red,” and “Heaven.” I have heard them add “Sad Theresa” from Dog Eat Dog to the mix, but this time Lane sang three words and moved on to the next song…I think this is one of the best parts of their set, because it really gets the audience involved. It is really cool to hear a room packed with people singing along with the band, and the fans love to hear the songs the made Warrant famous played in a different and spontaneous way.

The highlights of their performance included “32 Pennies,” “Cherry Pie” with their trademark “We will Rock You” extension, and “Machine Gun.”

Spanning from DRFSR to Belly to Belly, the show was heavy and energetic, and I must say that I was surprised by how tight the band was with the recent new additions. In fact, I was in awe of how well Kelli played and I am guessing the reason that he has played guitar in so many bands is because he can pick up the songs quick and play them well.