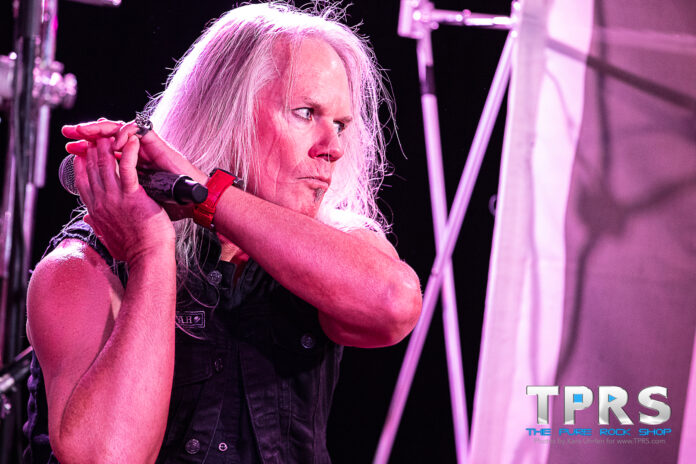 We can’t seem to get enough “Cherry Pie” these days, but who could blame us when Covid delayed the anniversary by an entire year…

We first caught Warrant back at the Live United Live festival fresh out of quarantine, and while guitarist Joey Allen joked that they were just smiling at that show because of all the mistakes, we made sure that he knew that the only thing people cared about last month was that we were outside in the sunshine enjoying live music again. 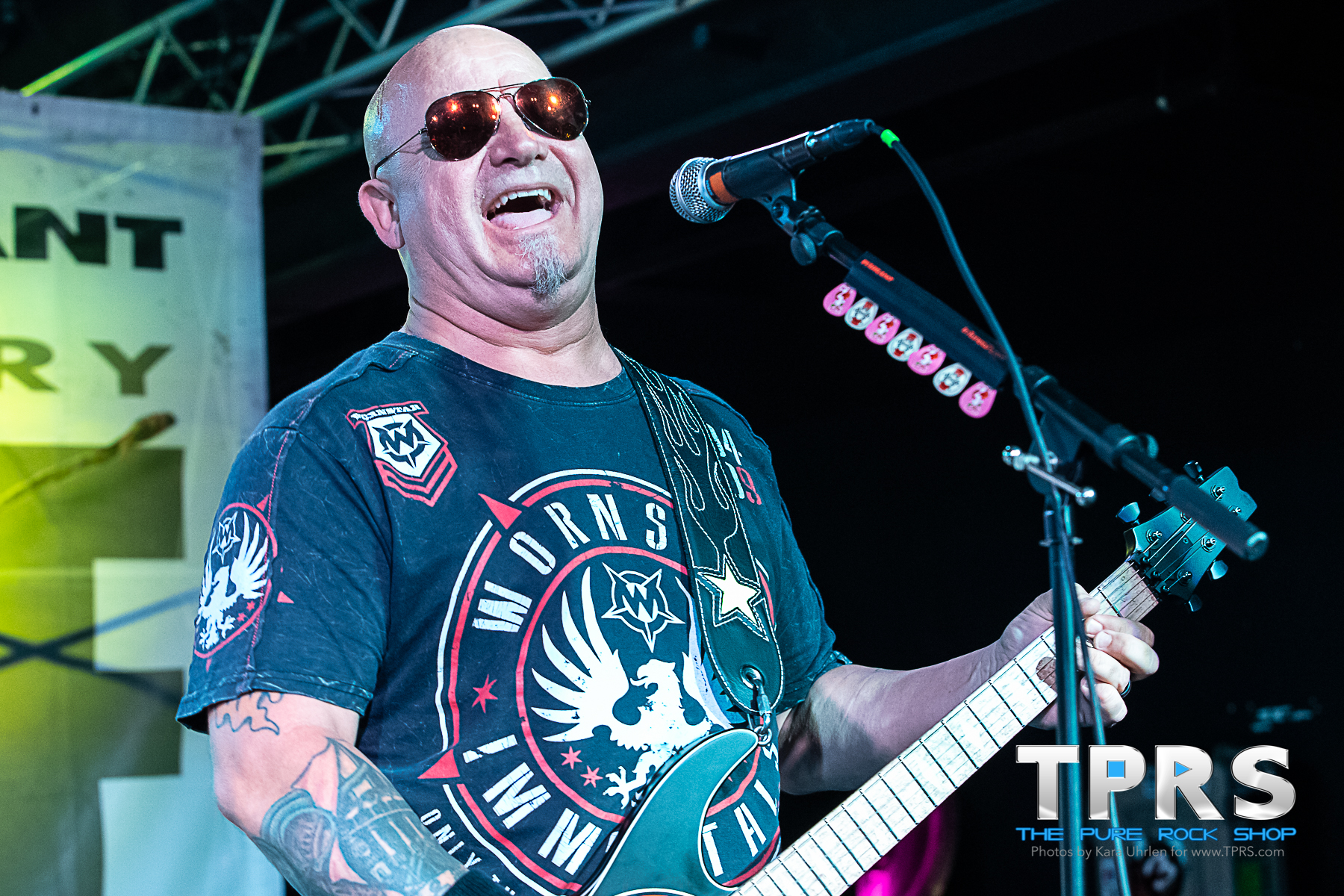 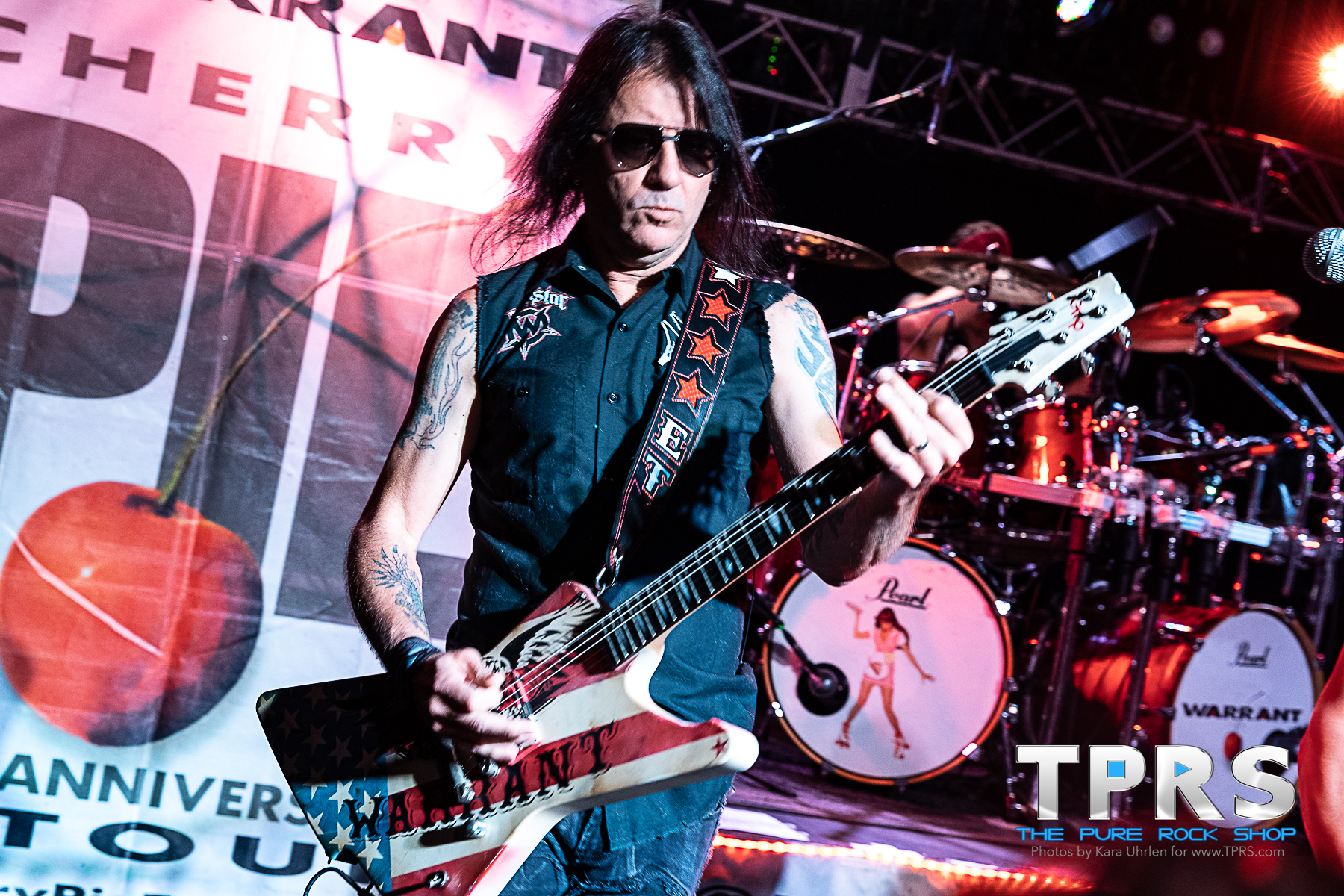 Of course by the time we saw Warrant at M3 Rock Festival over the holiday weekend, they were back in the “swing” of things, but this third show really caught our attention.

There’s just something about seeing this band crammed into the small stage at Jergel’s, In fact, Robert Mason joked that he ended up hitting Robbie Crane when trying to point him out on stage, because there simply was no “elbow room.” And the same went for the crowd in front of the stage…clearly nobody cares about distancing anymore.  Shooting the band was a bigger challenge than any show this year, with one exception, I was able to head to the balcony for some great captures of the man behind the drums and the killer vocal support throughout the show, Steven Sweet. 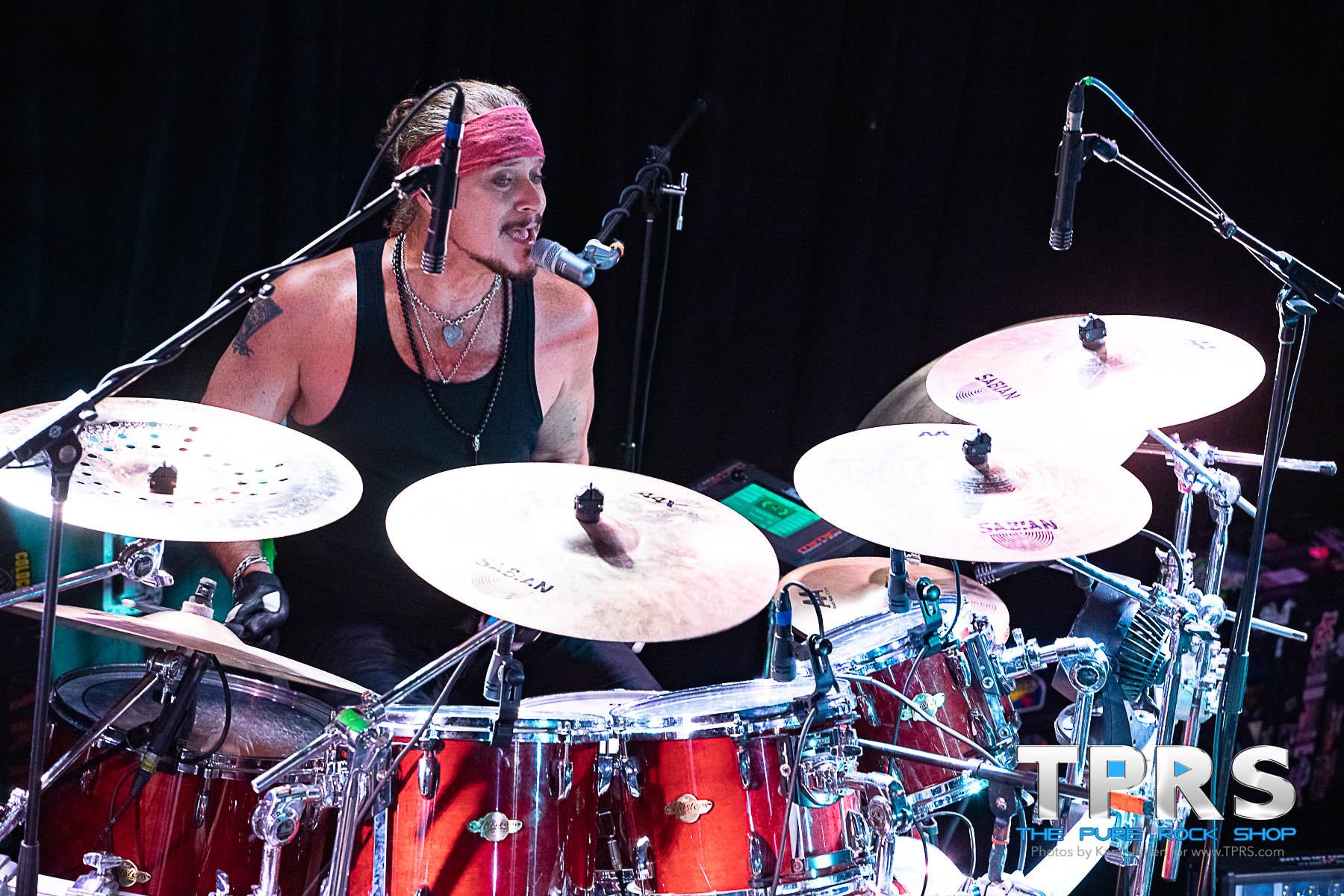 As one could guess the set was stacked with cuts from the Cherry Pie album…highlights included the ones we never hear live like that Blackfoot Cover “Train, Train” which kicked off with a few scales from Edvard Grieg’s “In the Hall of the Mountain King” before launching into “Down Boys.” Other departures from pie included “Machine Gun” from Dog Eat Dog and “D.R.F.S.R,” but the best part was the when Robert Mason continued his tradition of inviting everyone to go live for a sing along to “Heaven.”

Follow us @ThePureRockShop for more local show coverage and captures, as well as festival coverage including Grand Rocktember in Minnesota (yes, a fourth Warrant show), and BLE’s Masquerade in downtown Baltimore Maryland over Halloween weekend.