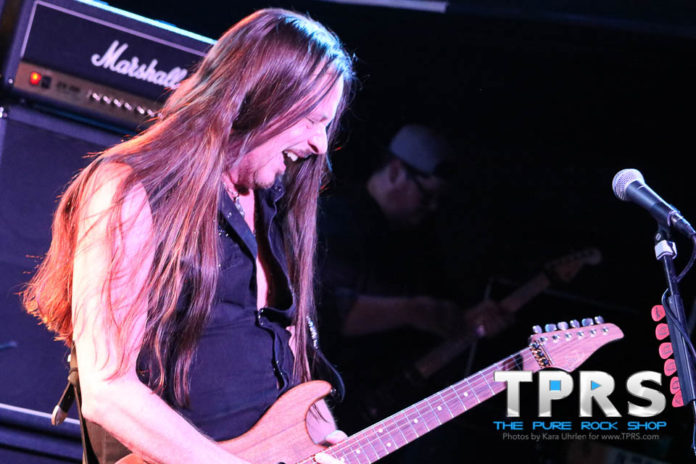 Jergels hosted a sold out crowd Wednesday night for the Winger show, which is always a Pittsburgh favorite with hometown boy Reb Beach on guitar. The very lively crowd packed in even more after local band SILK9 finished their set in anticipation of the headliner.
Kicking the evening off with ”Midnight Driver of a Love Machine” from their sixth album Better Days Comin’ , Kip Winger, Reb Beach, John Roth, and Rod Morgenstein got the crowd revved up before jumping into old school favorites like “Easy Come Easy Go” and “Hungry” and newer cuts like “Deal With the Devil” and “Stone Cold Killer” from their Karma album. 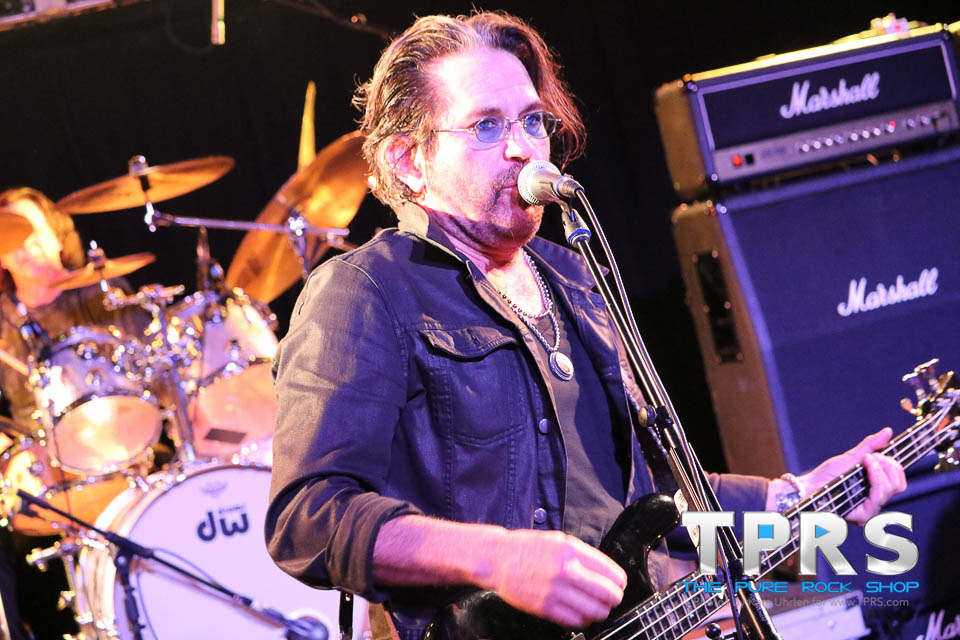 Clearly absent was were the keyboards and third guitar from Paul Taylor and while Kip tried to fill his shoes on “Miles Away” with John Roth taking over bass duties, there was a noticeable void, especially with Kip singing side-stage and an empty microphone left in front. Luckily that didn’t last long as the keyboards were finished after “Headed for a Heartbreak” and the band was back to rocking out with “Can’t Get Enough” soon after.
Security was unnecessary tight regarding cameras for the show, but much to the crowds delight Kip stood up for a longtime fan in the front row who’d been asked to stop taking photos by security, and encouraged everyone to shoot away and share. With this being an all-ages show, the kids around us (including my daughter) thought that it was awesome and loved how Kip kept stealing cell phones from the audience to give the fans some really up close video of the band.
It is hard to believe that I was barely a teen myself when I started listening to Winger. I can clearly remember showing up for my first guitar lesson wearing a Winger shirt and wanting to learn how to play “Rainbow in the Rose”, so I was disappointed that my favorite song was missing from the set. But, with great new tracks like “Rat Race” and “Pull Me Under” I can’t complain too much. And when it was all said and done, we all know how the show finished (but I think she’s like 47 or something now!) 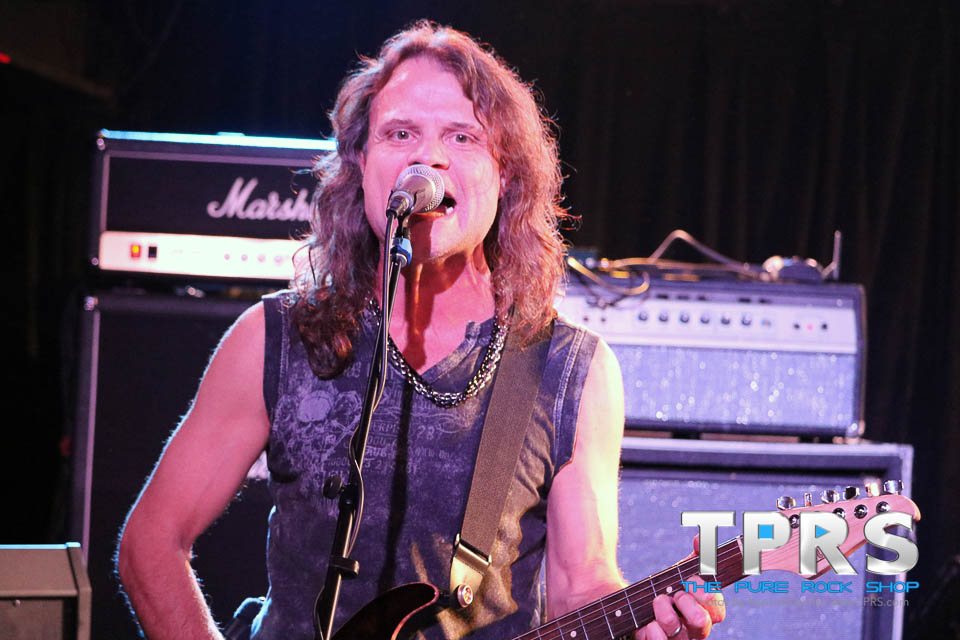