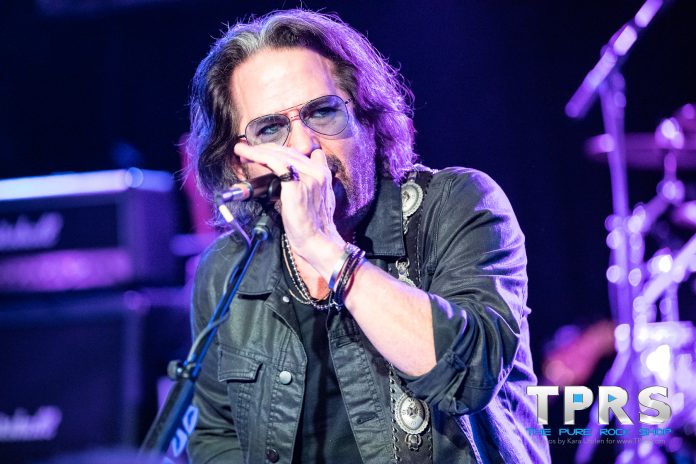 A sold-out crowd packed Jergel’s early for local melodic metal band Storm Dragon, and Red Reign, who drove in from Richmond, VA to perform a set of original music as they warmed up the audience for Winger. 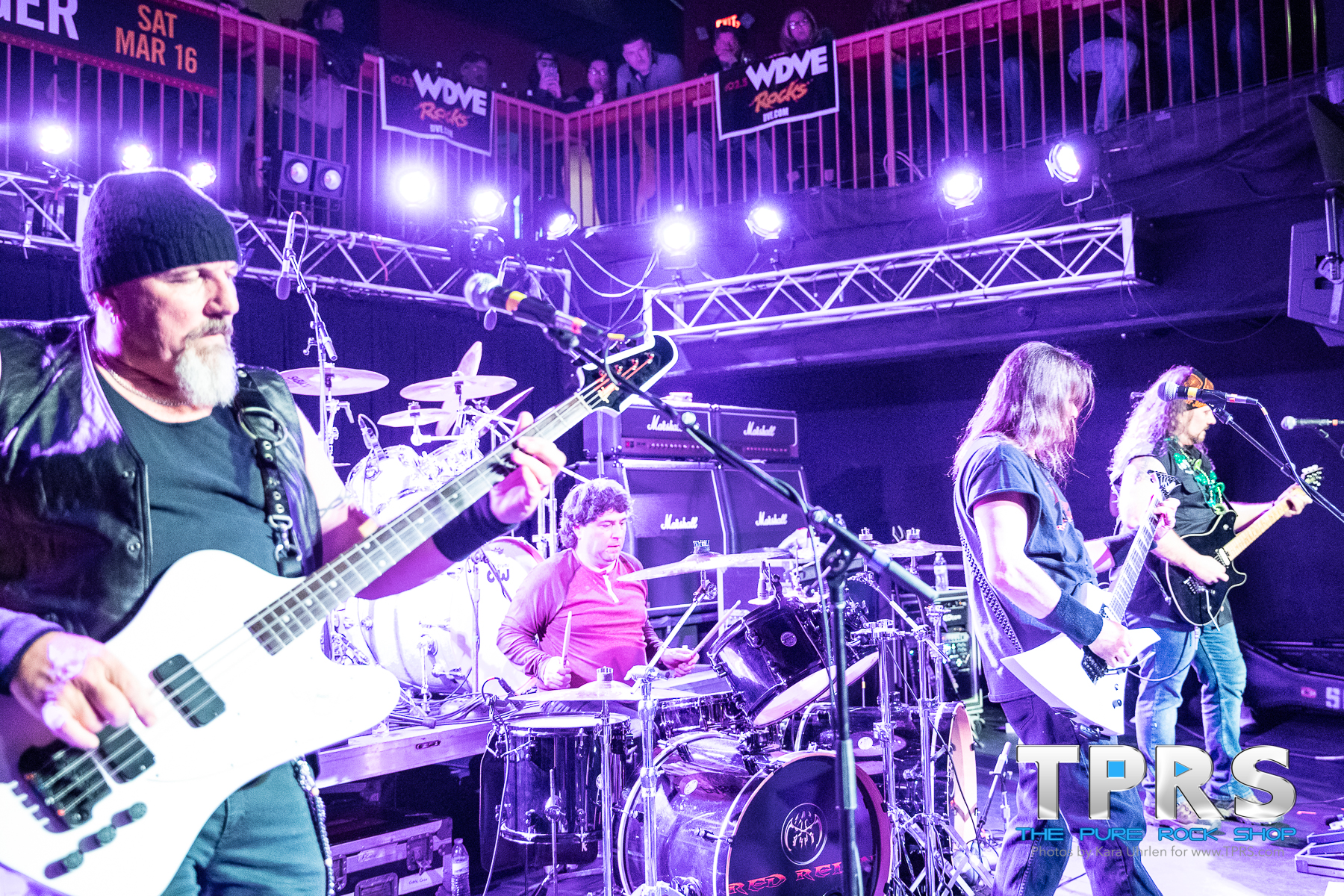 When The Pure Rock Shop caught up with Red Reign’s drummer Sammy Lee, he explained that the band decided early on that if they were going to do this, they were only going to play their own music.  And, that the best way to get that music out to their fans would be to perform it live and build an audience by meeting people.  So, that is exactly what they did.  This is the band’s second visit to Jergel’s, the first being in support of Dokken last March. Check out the full interview with Sammy from 91.7FM WNJR here.

Winger kicked off their set with “Midnight Driver of a Love Machine,” which has become a regular addition to the band’s set since its release nearly five years ago now.  As Kip Winger explained in his interview with us from the Monster’s of Rock Cruise, scheduling shows can be a challenge with John Roth in Starship, and Reb Beach in Whitesnake. In this case, both guitarists were in check and Rod Morgenstein was on drums (although as you can see, I couldn’t get a glimpse of him behind this cymbals to actually get him on film!). 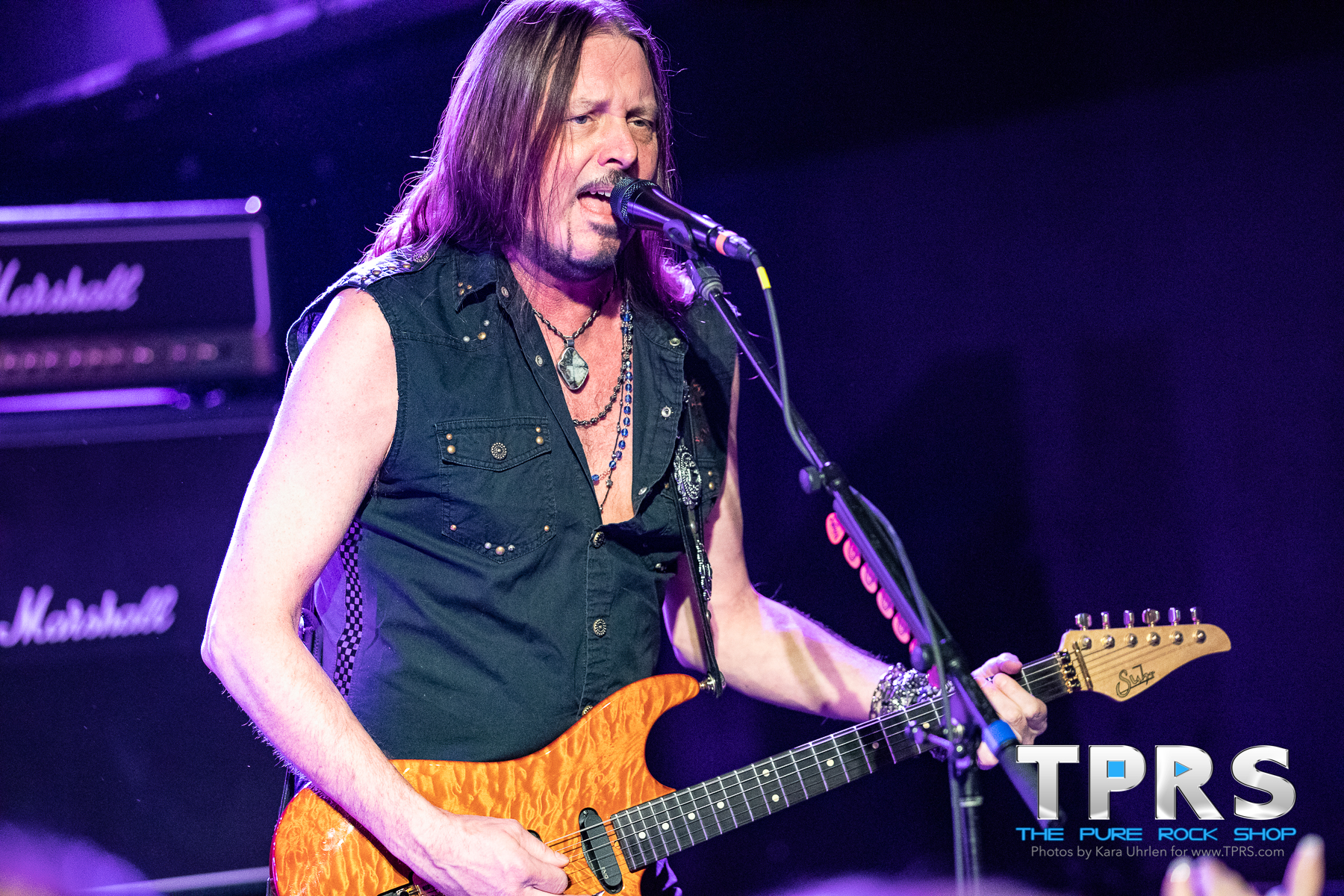 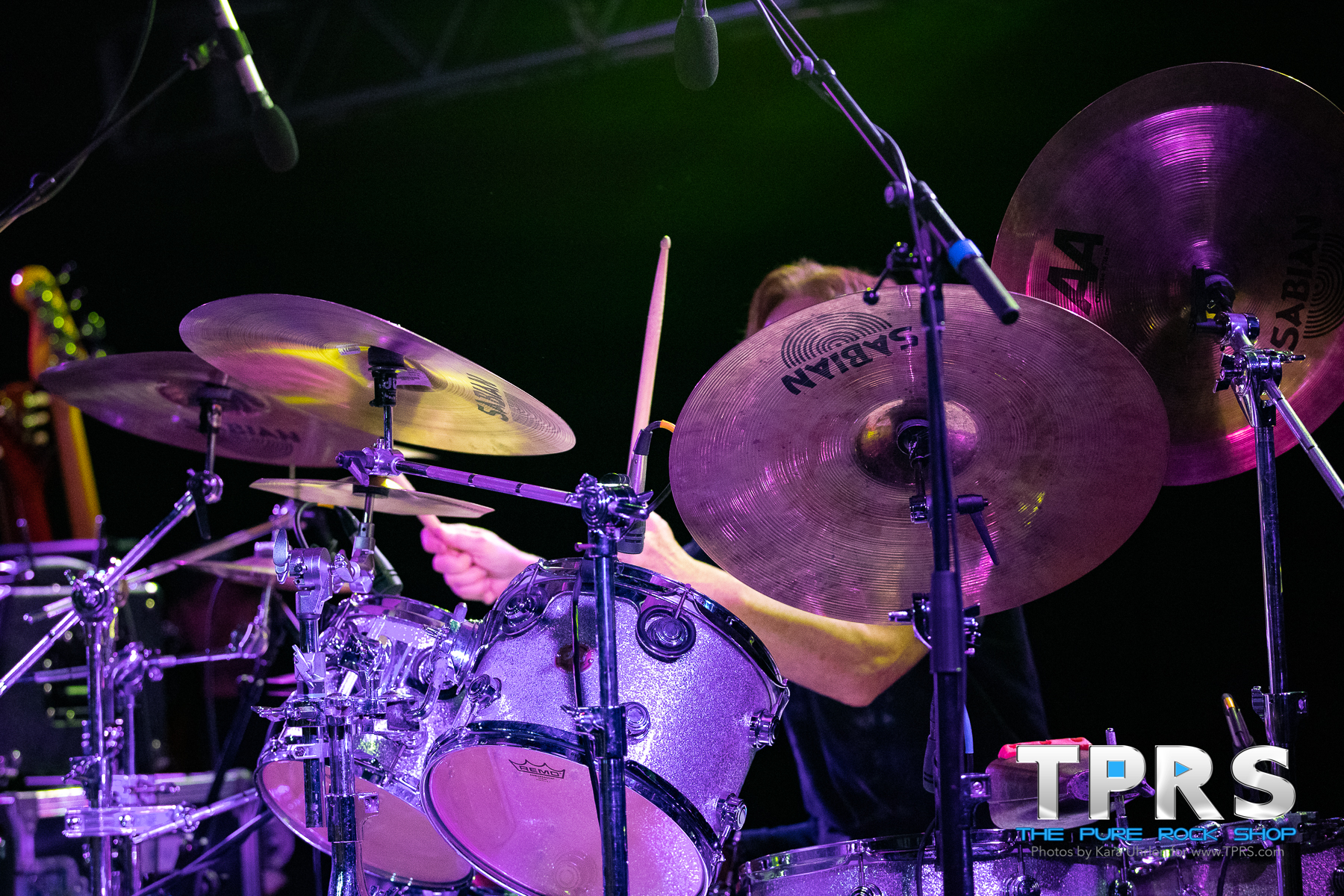 John pitched in on bass and vocals while Kip took over keyboard duties for “Miles Away” and “Headed for a Heartbreak” mid-set, following an incident where a fan had fainted in the packed-in crowd.  In response, the band sent water into the audience, and invited the girl to take a seat on stage for the rest of the show, which she gladly accepted.

Also, worthy of mention are other newer favorites like “Pulll Me Under” from the band’s 2009 release Karma, which gives frontman Kip Winger the opportunity to showcase some of those screams that we remember from the early years of the band, and the quick hitting title-track from the band’s 2014 album “Rat Race,” which always gets the audience pumping their fists in the air. 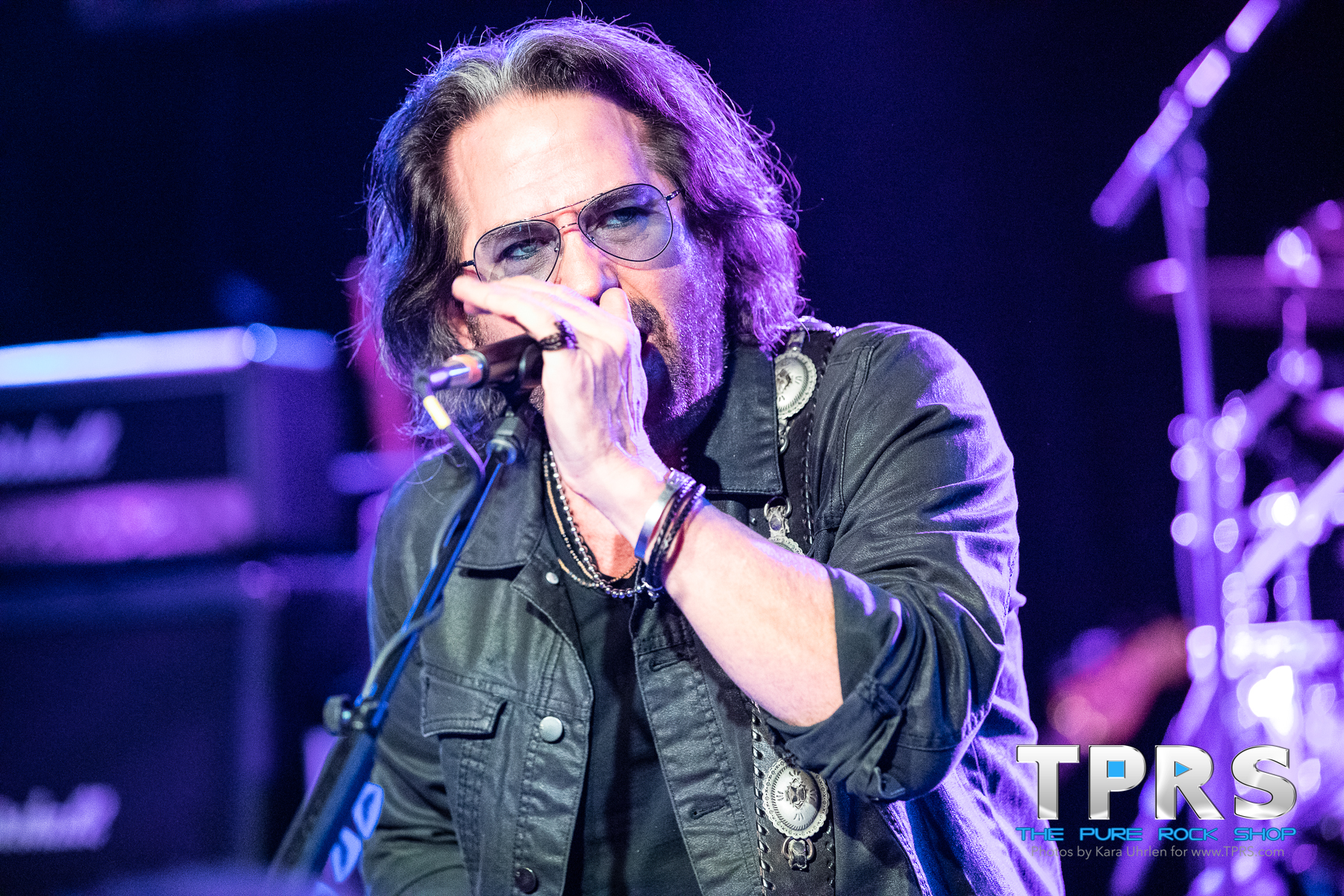 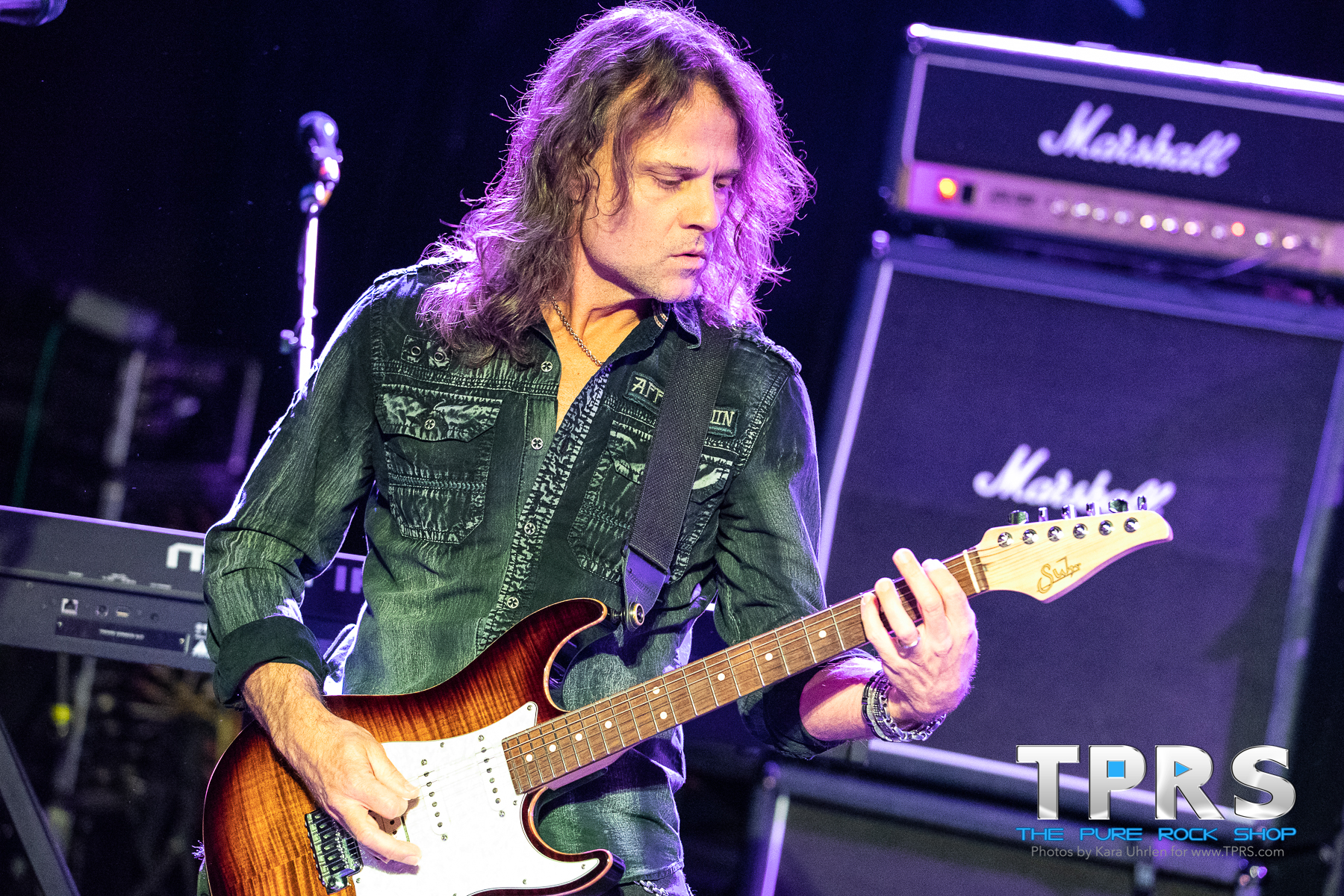 The evening closed out with a lengthy and entertaining guitar solo from local member Reb Beach before the band jumped into “Seventeen,” and invited a member of the audience, Bob Kip Grill, up to jam on some Van Halen.  When doing so, much to the same point of Sammy from Red Reign, frontman Kip Winger asked how many musicians were in the house. After a show of hands, he reminded everyone to support local music and to keep club’s like Jergel’s open so that they can continue to perform live, because all bands are counting on those live performances to make a living.

Remember to follow us for the latest news on hard rock and metal music locally and at festivals.  Catch radio interviews and pure rock programming, including new music from Whitesnake, classic Winger, and more on 91.7 FM WNJR Washington / Pittsburgh and online at WNJR.org daily from 3pm EST – Midnight.  Follow us @ThePureRockShop for more coverage from upcoming local shows including Jake E. Lee’s Red Dragon Cartel, Mike Tramp and John Corabi acoustic performances later this week at the Crafthouse, and Kip Winger and Whitesnake and the M3 Rock Festival in May. 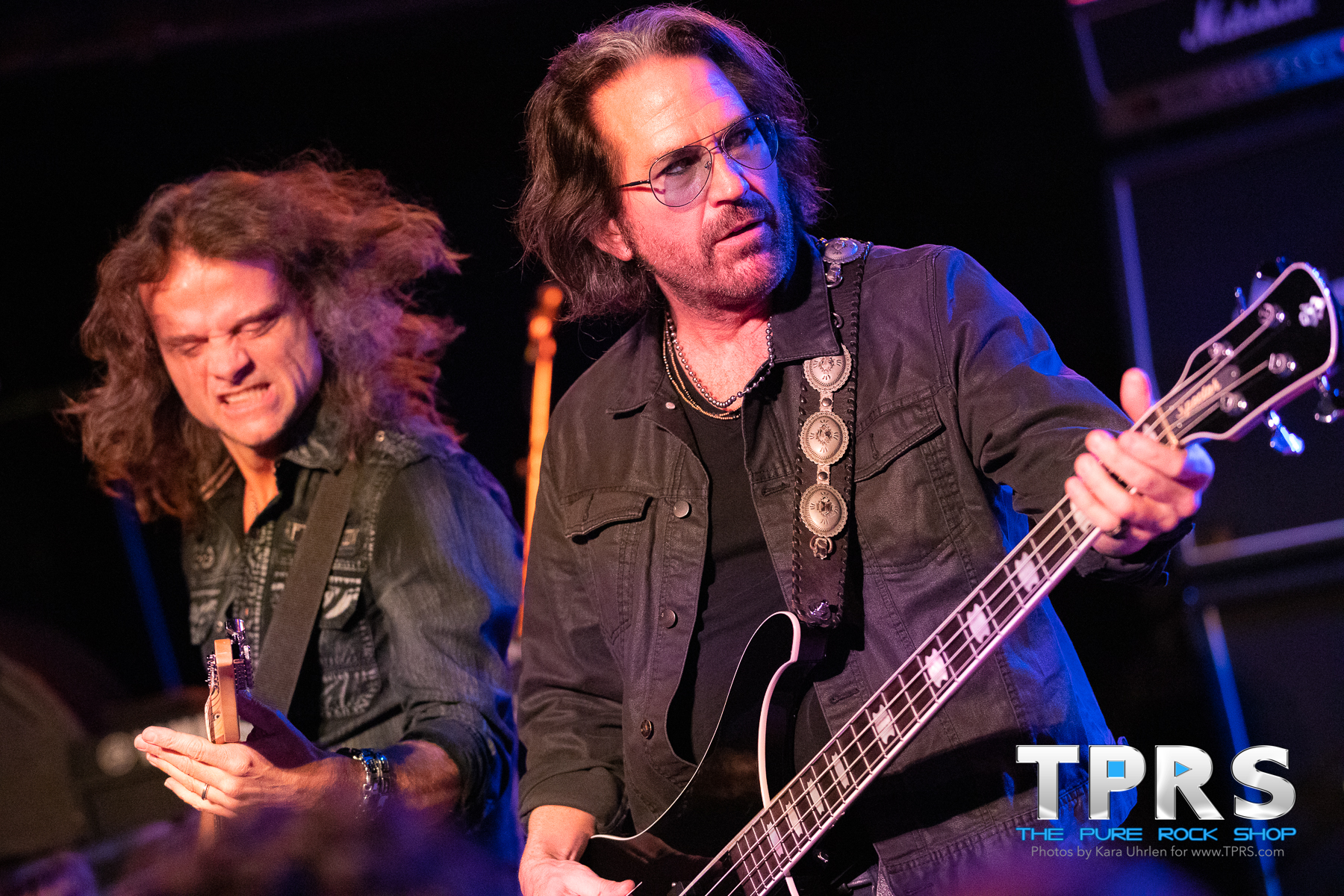 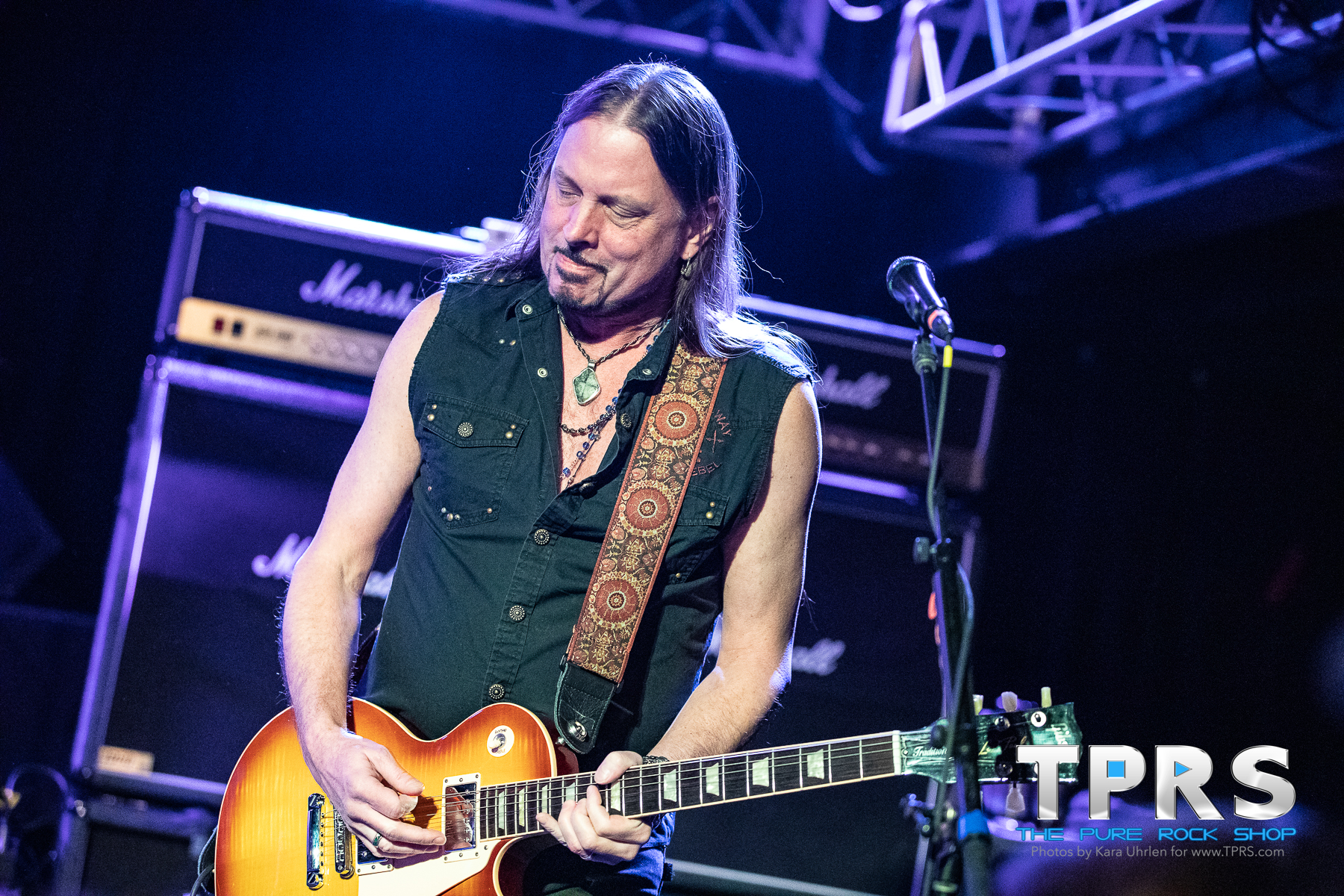