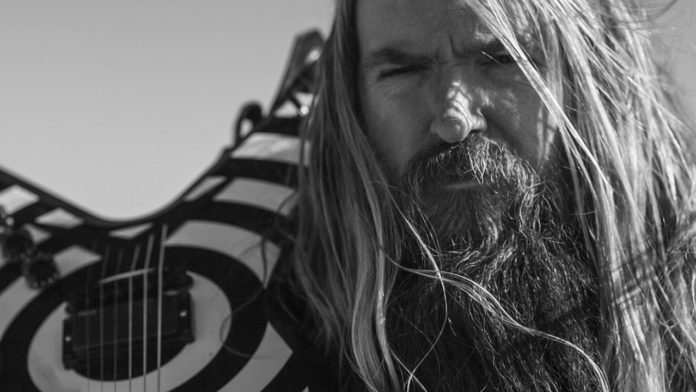 As a kid growing up in the stix of New Jersey, guitarist/vocalist Zakk Wylde listened to everything from the Eagles, Lynyrd Skynyrd, and the Allman Brothers to Ozzy Osbourne and Black Sabbath. With his varied influences he played in bar bands, and one day got his big break when he met a guy who thought he should play with Ozzy Osbourne, that surprisingly had the connections to help make it happen.

Soon after, Wylde got a picture of himself taken on his mom and dad’s porch, and since he had already known a bunch of Ozzy Osbourne and Black Sabbath tunes, he made a tape of himself playing them. Then, Wylde says, “Sharon called my folks house, the flew me out to LA, I crapped my pants,” and as they say the rest is history…

After performing and writing with Osbourne for several years and embarking on a solo career, his latest musical endeavor, the Black Label Society (BLS) was formed. The band has already released two studio albums and a sampler that included an updated version of Ozzy Osbourne’s “No More Tears.”

Wylde plays guitar and handles lead vocals for BLS.  He says that before he was out with Ozzy he used to sing all the time, he had even sung covers of Sabbath songs.  And though “guitar was always the first thing,” Wylde says he loves singing as well and he chose to sing in his bands.  After all, he says, “I can’t go from Ozzy to being with some chump singing in my band that’s a real @sshole.  Ozzy is just so easy to work with — he’s so cool — and the guy’s a living legend and he’s got no ego.”

Currently, Wylde and band are performing in the states on the Penchant For Violence Tour with Crowbar and Sixty Watt Shaman, in support of their latest release, Stronger Than Death (Spitfire), but unfortunately, shortly after the start of the first leg of the US tour, disaster has already struck twice.

After playing five songs at a recent performance at the Sun Theater in Orange County, California, drummer Phil “Philth” Ondich became so sick that he dropped from the kit and had to be hospitalized.  It seems that he may have been struck down by some sort of Japanese flu strain.  In his absence, Zakk played a version of the National Anthem that he had played recently at a Dodger game, and Crowbar’s drummer filled in and jammed to some Black Sabbath tunes (“War Pigs” & “Sweet Leaf”) with the band to please the crowd.

In addition, at the Canyon Club show in Dallas, Texas, the original Bullseye guitar that Wylde’s deceased mother and his father gave him for a high school graduation present and one of the Gibson signature series replicas were stolen.  According to his Web site, he had the original three years before he had auditioned for Ozzy Osbourne and he actually wrote his first song with Osbourne on it.

When TPRS.com spoke to Wylde prior to the theft, we had asked about the trademark guitars.  He told us that Gibson did a great job making those guitars, and if they weren’t good guitars, he wouldn’t play them.  Gibson gave him the first five…and though plays a few on the road and in the studio but is holding onto the rest for his kids.  He says “you can buy them from Gibson, but it’ll cost you a king’s ransom.  I can’t afford to buy one.”  Thus, it is no shock that he is “absolutely devastated” about his loss.  If you know anything about the theft, please read the attached plea from Wylde’s wife Barbaranne.

On a more positive note, Wylde and the society dwellers (Steve “SOB” Gibb on (Bass), and Nick “ET” Cantense (guitar)) are continuing on to offer “anybody who hates Third Eye Suck and Blink 182 and the Backstreet Boys” a great concert experience.  They have even chosen to do mostly all ages shows and are starting gigs early to accommodate younger metal fans and those who’d like to catch them during the work week.

According to Wylde, BLS is a permanent thing.  “It is bigger than a band actually, it is really more of an attitude – like the Marines are more than just an Armed Force, it’s a lifestyle.”  He says that if you are a society dweller, you must follow by-laws and the code of the society, which can be found on the sleeve the Stronger Than Death album.

“The thing about the Society is, you can come and go as you please, there’s no arguing, there’s no bickering…as far as the whole band thing, I could never do that.”  In fact, Wylde actually plays all of the instruments on his albums except for drums, which are handled by Ondich.

He explains, “Its all about pure economics, if you’ve got four guys in the studio and you have a case of beer, that’s 6 each, if you’ve only got two guys that’s 12 each.”  And for those who were wondering about the significance of beer, Wylde says “Beer just kicks @ss! Beer is proof that God wants us to be happy.”