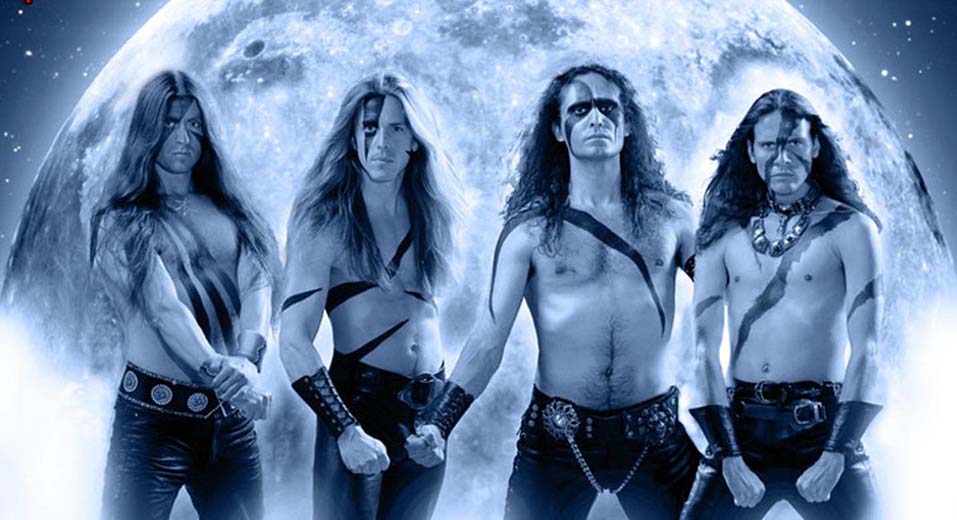 Lost Horizon may call Sweden home, but with their latest release Awakening the World (KOCH) the band has invaded the United States. Martin Furangen spoke to us not long after their debut live performance, which had taken place in Paris, France playing along with DC Cooper’s Silent Force. While Furangen says he missed most of the show since the band had been tied up doing interviews the greater part of the day, he was happy to report the success of their own set.

“It went very well. The audience was really amazing. It was a full house, about 2,000, and were they really with us from the first note we played. It was quite amazing, it was really a great evening for us,” said Furangen.

With funding from Music for Nations, a record label out of the United Kingdom, the band’s expenses were covered and they were able to finally get the music they’ve been sculpting for years to be heard. In fact, Martin says that some of the material dates back to a previous band, Highlander, which he says in some senses was the same band. Furangen says that Music for Nations has been treating the band very well, and admits that he actually had not heard of KOCH, until he read a review for their album a few weeks ago.

Since Wojtek Lisicki, their guitarist, is the one that writes all the music and for the most part, all of the lyrics, the band’s line-up changes haven’t had a huge impact, but he did point out that their music has evolved over the years.

“Since we’re not teenagers any more, we’ve been playing for quite a while and we’ve been listening to metal for fifteen years or something like that. And, when we grew up, when we were teenagers, we listened to all the classic heavy metal of the eighties and we were brought up in this era and we got the spirit for it. So, some of the material on this album is actually since the early nineties, but, of course, it’s been rearranged and worked on a lot since then.”

While the band may have taken a few breaks along the way, including a jaunt to Los Angeles for schooling at the Musician’s Institute. Their true love for the music brought them to where they are today, and they are quite pleased with how people are responding.

Martin says, “I think that the reason it sounds the way it does is because it’s been evolving, ripening in a long process. We haven’t tried to sound like anyone in particular. We always focused on making our music sound as we felt it sound.”

He added, “Wojtek and I started the band Highlander in 1990, he and I are the only original members, who have always been in it. He’s always been there writing the music and I’ve always been there building the band, and we had a lot of other musicians in it throughout the years. But, it’s felt like we have been playing with this band only for ten years. And finally, we were getting somewhere, because in the early years, we had no plans at all trying to get ourselves a record deal. We only played this music, because it was the kind of music we wanted to play, we only did it for fun and for the pure love of the music.”

While there has been an explosion of metal in Europe, almost to the point where it is difficult to differentiate one from the other, mainstream video and radio is still flooded with various types of pop music, leaving no room for metal. So, when it comes to radio, Furangen says, “I pretty much never turn on the radio. That’s pretty sad actually…”

But, Furangen and the rest of the band members have been very pleased with the response amongst metal fans on the Web and elsewhere, and their initial album sales in Europe. “It seems to be it’s either really great or it’s really the opposite. We seem to be the kind of band that you either really like or really hate.”

Tesla’s Brian Wheat Introduces himself in “Son of a Milkman”