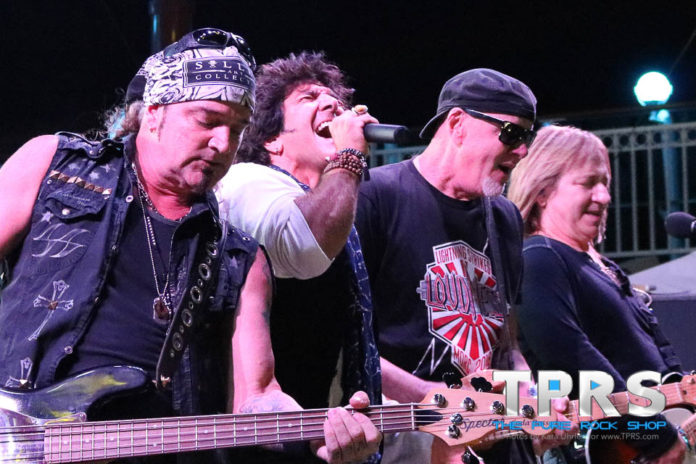 Great White guitarist Mark Kendall discusses the addition of singer Terry Ilous, their live show, and the band’s new album Full Circle.  Listen to Mark Kendall’s in-depth interview with The Pure Rock Shop for fun stories about how his grandson imitates him (and Angus Young), what is was like for Kendall to meet one of his guitar heroes, and his perception of the MORC experience.

With the new album, Great White teams up with its original producer, Michael Wagener, and recorded the whole process on a special DVD to share with their fans.  Learn more about Great White at OfficialGreatWhite.com, and follow The Pure Rock Shop on Facebook (@ThePureRockShop) for coverage of Terry Ilous’ solo album, as well as Great White at Erie’s Roar on the Shore and the 2018 Monsters of Rock Cruise.