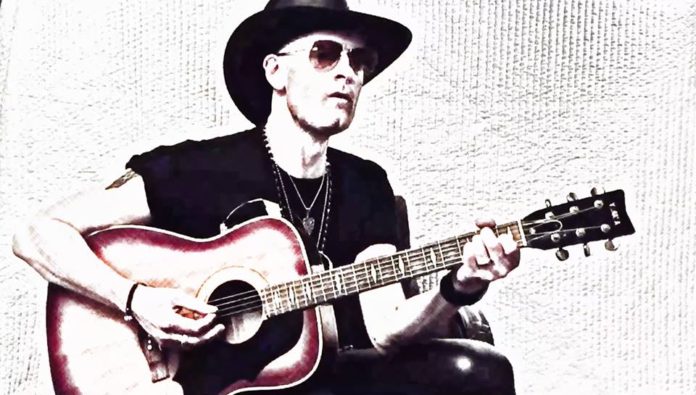 While bands around the world were joining the alternative bandwagon, a band called PUSH emerged from their native Copenhagen, Denmark with hard rock influences and the ambition to add some flash to the dreary music scene. And after releasing their debut album in 1997, supporting acts like Pretty Maids, Royal Hunt, and Pink Cream 69, and getting noticed by publications both in Europe and in the United States, the band was well on their way.

“I’ve said so many times that the main reason that we formed the band was that we want to contribute to bringing back the good old days of rock ‘n roll. It’s like everyone was talking about you know, death, and all the bad things in life. We just wanted to put a smile on people’s faces again,” says vocalist Martie Peters.

Though the band may not be “what puts the dinner on the table, yet,” Peters says that it is a lot of hard work. Since they have been releasing their albums through the indie label Z-Records in Europe, they are constantly working to keep their name in front of their audience. And even with a few line-up changes they have managed to put three albums under their belt already and they have another on the way.

“To keep people interested in the band, you need to be there all the time. You can’t make an album and then go away for two years and then come back and then you’re forgotten. That is one thing. Another thing is that we like to think that we are creative and that we have a lot of ideas, there’s no reason to keep good ideas locked away, we just want to put it out,” Peters explains.

Aside from supporting their latest release On The Run with tour dates and interviews, they have been recording material for a new album for more than two months now and the release is scheduled for this coming May. They are also recording a few performances from this summer and getting live video footage, so they may have some live material to use later in the year. 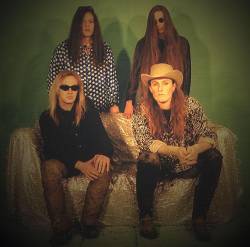 For those who have yet to catch a glimpse of the band, Peters says that their stage appearance is flashy but not really “glam,” instead he agrees with an English journalist who called it “colorful rock ‘n roll.”

“I think what’s important to this band is that we don’t want to be just like the regular people on the street. We want it larger than life in a way. You know, whenever I pay to go and see a show, I don’t want the guy on stage to be up there in a pair of jeans and sneakers. We try to make people forget that it’s back to work in a day or two, so I think the way you look on stage is part of that, but in the end, I think music is the most important thing. But there is a link between what we do on stage and the music that we play,” says Peters.

As for their sound, Peters says he has gotten used to hearing that PUSH sounds like White Lion. He says he can understand the comparison to a certain extent, but when people say they sound exactly like White Lion, he has to disagree. The main reasoning behind the comparison is the similarity between his and Mike Tramp’s voices.

Aside from their Danish accents, Peters says that he and Tramp also site Rod Stewart as an influence, which may help explain the similarities in their vocal delivery. It is no secret that Mike has been a big influence as well as a friend to Peters. In fact, Peters even contributed background vocals on three tracks from the former White Lion vocalist’s Remembering White Lion album. But, he says that he hasn’t tried to intentionally copy anyone’s sound.

“We go back a long time. When I was fifteen, sixteen years old and I wanted to be a rock star, I went to Germany to see White Lion. And to make things even worse, I contacted him mom here in Copenhagen ’cause I wanted to know how he made it, how he went to America and all that. And she just invited me – took me and a friend of mine to Germany — and I’ve been in touch with him ever since, that’s ten years ago.”

With the band’s own strength in writing songs with great melodies, PUSH has been surprisingly blessed with an overwhelming response from US radio stations, keeping Peter’s constantly busy with phone interviews and opening the possibility of a US tour.

“It reminds people of something but they can’t really figure out what it is. I think that’s one of the good things about the album, that it has melodic, really catchy tunes on it. I can’t think of what else it could be.”

When asked if the band sees themselves touring in the states, Peters said with a laugh, “yeah, definitely. All we need is a few bucks. The thing is, we can do a lot in Europe, because the traveling is so easy. Going to Germany and back is like traveling within one state in America. So it’s really easy to travel in Europe but going to America that’s a whole different matter…”

He says that they are trying to get on a tour with a bigger band in the states, and “there’s a really good chance that something will happen next year when the new album comes out and hopefully, the PUSH name will be a little bit bigger than it is now. I mean everyday we’re trying to spread the word and all these interviews, hopefully they will do something for us over there.”