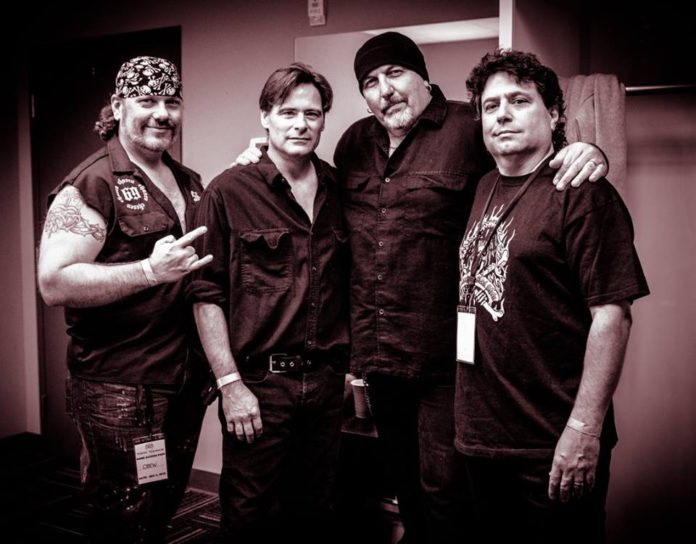 “Red Reign’s single “Not that Way” is a fresh new addition to The Pure Rock Shop’s playlist on WNJR FM recalling Back for the Attack-era Dokken style vocal harmonies and melodic guitars.  We’ll definitely be keeping an eye on these guys!”
Greg Uhrlen
Heavy Metal Director WNJR 91.7 FM, Washington, PA

Proud to have introduced their single “Not That Way” to FM radio on WNJR 91.7 FM in Washington,PA and worldwide at WNR.org, The Pure Rock Shop suggests that you keep an eye out for these guys as well, and follow them at RedReignBand.com for upcoming tour dates including shows with Tesla and Quiet Riot this summer.  See the full press release below for details…

Richmond, Virginia-based rockers Red Reign specialize in a sound that recalls vintage rock and metal acts of the mid to late ‘80s, as evidenced by their just-released self-titled EP, which features the single “Not That Way.” So it will undoubtedly be a perfect fit when the group (which features singer/guitarist Carlton “Bubba” McMichael, guitarist Stevie Shred, bassist Larry Moore, an drummer Sammy Lee) opens a show on June 23rd with Quiet Riot, and three shows from August 3rd-5th with Tesla.

“WOW, we are so excited to join Quiet Riot for a show in Lynchburg, Virginia,” says Sammy Lee. “Seeing Frankie Banali for the 1st time was unbelievable to me as a drummer. I loved his booming sound and will now get to see and hear it up close and personal. And Red Reign is extremely excited to be supporting Tesla, one of the premier hard rock bands out today. I remember watching Tesla’s videos all over MTV back in the day and now we get to share the same stage with them…it is surreal.”

The self-titled EP, was overseen by Grammy-nominated producer, David Ivory (Halestorm, Roots, Silvertide). “After signing with Chipster PR, we were directed to David Ivory, to help with the rewriting and rearrangement of songs for our upcoming CD,” explains Sammy. “David made the songs flow better rhythmically and brought in fresh ideas, to build on the original foundation of the songs. He also brought a different vision of how the songs were played, to put the band in more of a mainstream direction.” The EP can be purchased here:https://itunes.apple.com/us/album/red-reign-ep/id1183635946 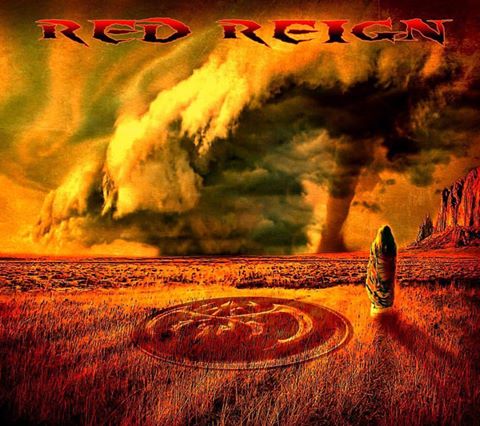 One of the EP’s standout tracks is the “Not That Way” (which will be performed at the upcoming show), which the band’s McMichael describes as “one of those songs that is about a love gone bad and then the girl realizes she made a mistake in our relationship and wants to get back into the same relationship she poisoned. But the guy has gotten over her and moved on.”

A lyric video for the track can be viewed below:

Other tracks include “Chains” (“About the feelings of being held back and looking for that escape”), “Toxic” (“The feeling of hopelessness in a relationship”), “Red Reign” (“The anger side of a relationship”), and “What is Love For” (“About you pouring yourself into a relationship, knowing it’s not going to go far”).

And in August, Red Reign will undoubtedly win over many new fans – when they join forces with Tesla! 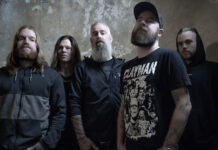 IN FLAMES RE-SIGN WITH NUCLEAR BLAST 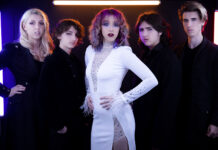