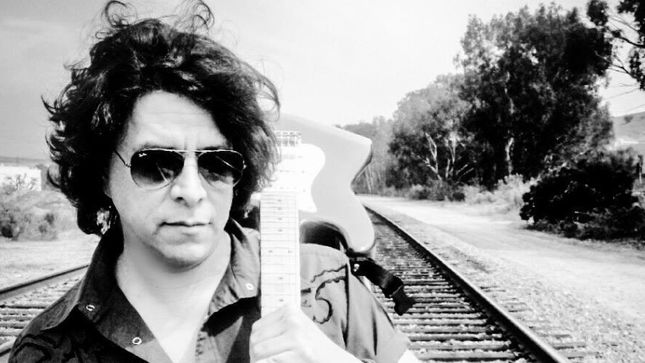 Enjoy this article from our archives, but be sure to check out our latest interview with Tony regarding his new project Shadow and the Thrill here.

Tony Montana had played bass for Great White through the height of their success, but was fired for as he puts it, “being a bit apathetic about the direction the music was taking.” During our interview with Jack Russell, we talked briefly about a recent appearance by Montana at a Great White performance in Seattle, Washington. Russell had said “It was cool. It was really good seeing him again” and that he plans to get in touch with him once he’s home.

Curious about Montana’s departure from Great White and his current career, TPRS.com asked him to explain.

Montana said that he was writing and producing so much on his own that he just felt like it was time to grow, and it showed. So, the band let him go, and it was “the right thing for everybody.”

Though he had not kept in touch with the band after they parted, he says that there aren’t any hard feelings anymore. In fact, when he showed up at the Great White show he even got up on stage and joined them to play “Mistabone.”
Montana described it as a really fun experience. “It was nice to actually watch the band play from the audience and check out the fans singing songs and reacting to music that I helped write and was a part of. Very surreal, but cool.”

Over the years, Montana has spent a lot of time at his sister’s studio, played on other songs by other musicians, put together his own band, the VooDoo Cocks, and even took part in a few software ventures. Recently, Montana did a promotional tour in Japan, along with his friend Kuni on guitar, Robin McAuley trading off on lead vocals, and Doc and Pon from a Japanese band called Feel So Bad. He has also recently released his first solo effort, an album entitled Tombstone Shuffle, which is currently only available as an Import from Japan, but can be purchased on-line from Tower Records, Amazon.com, and CDNow.

The album features Montana’s VooDoo Cocks bandmate Ethan Gladstone on a few tracks, and Montana on guitar and lead vocals. He says that he has been playing guitar since he was eight years old and singing in bands since he was fifteen, so he really needed to let that part of him show. He will likely be playing dates around Los Angeles to support the album, but will have to wait for a US release of his album or radio support before he can commit to a tour.

He also mentioned that Gene Eugene, a longtime friend, engineer and fellow musician, producer/songwriter, passed away recently, and that any US release will be dedicated to “him and all the others we’ve lost lately.” He says that he is very dedicated to getting this music heard because Gene would have been thrilled, and it deserves to be heard.