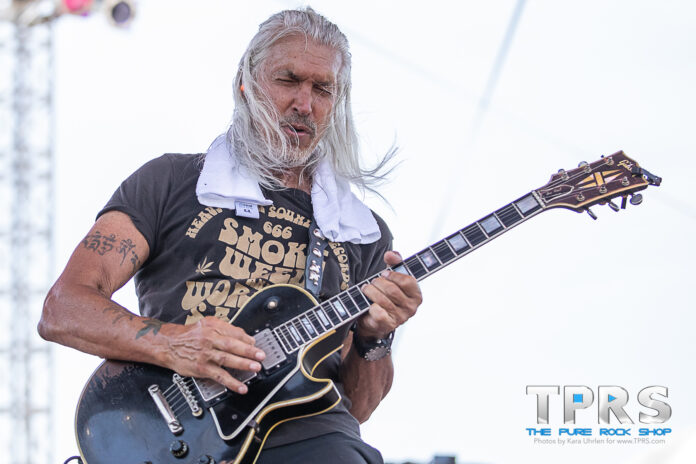 The Greater Susquehanna Valley United and the United Way of Columbia and Montour Counties hosted the Live United Live Music Festival on June 5th and 6th, 2021 at the Spyglass Ridge Winery in Sunbury, PA.

Thousands enjoyed food and beverage stands, live music, and much more with all proceeds from the music festival going towards the creation and further development of Youth Mental Health initiative in the area on Saturday, June 5th and what a joy it was that the prior-year restrictions of masks and social distancing had finally been uplifted.


And the fans weren’t the only ones celebrating. As we chatted with drummers Dicki Fliszar (Jack Russell’s Great White) and Bobby Rock (Lita Ford) backstage they were overjoyed as they talked about their first post-coved gigs and how good it was to be performing live again.

The first national act to hit the stage was George Lynch and his newly named Electric Freedom band which featured Michael Devin (Whitesnake, JBLZE) on bass and lead vocals and drummer Jimmy D’Anda (Bulletboys) on drums to round out the powerful trio. 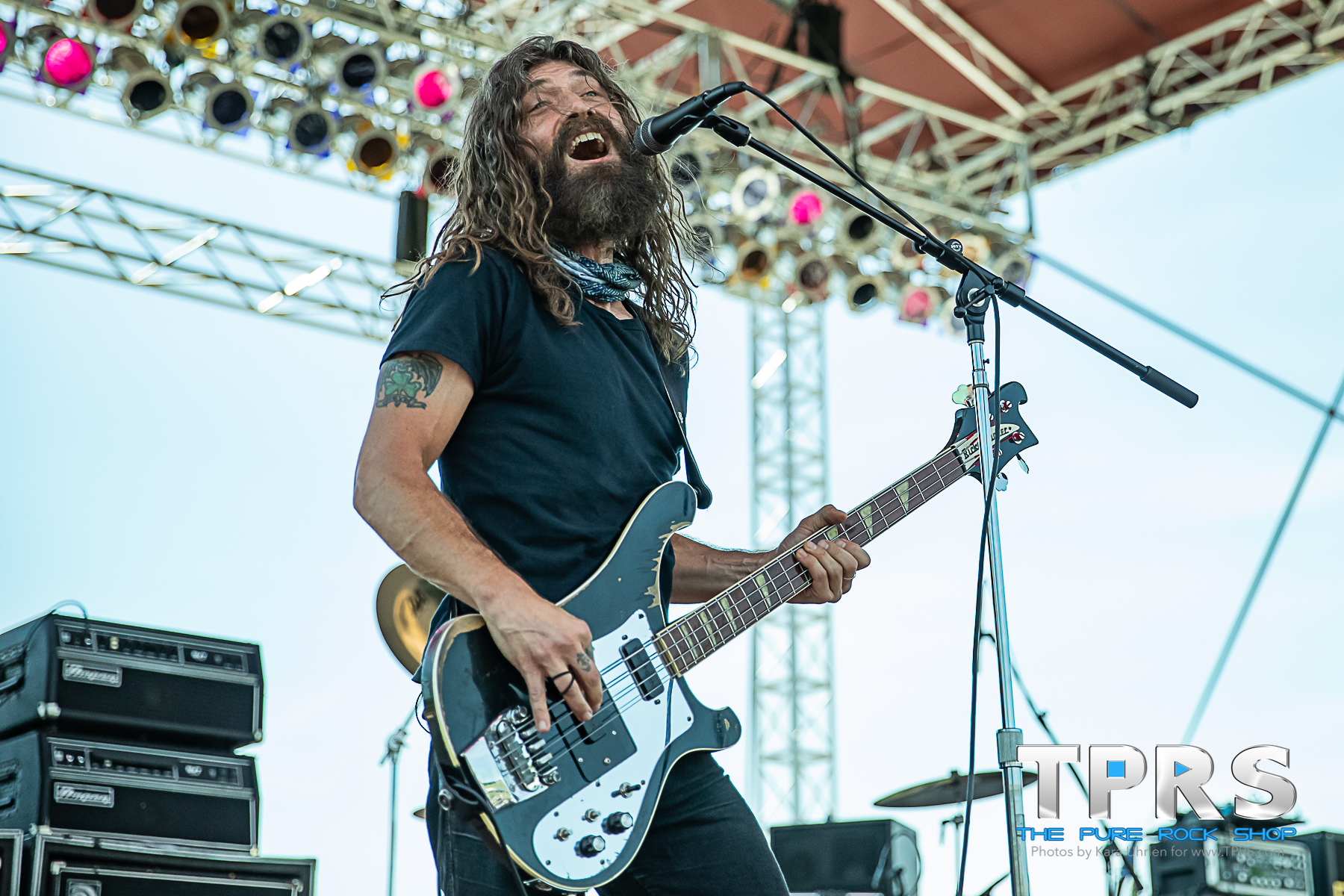 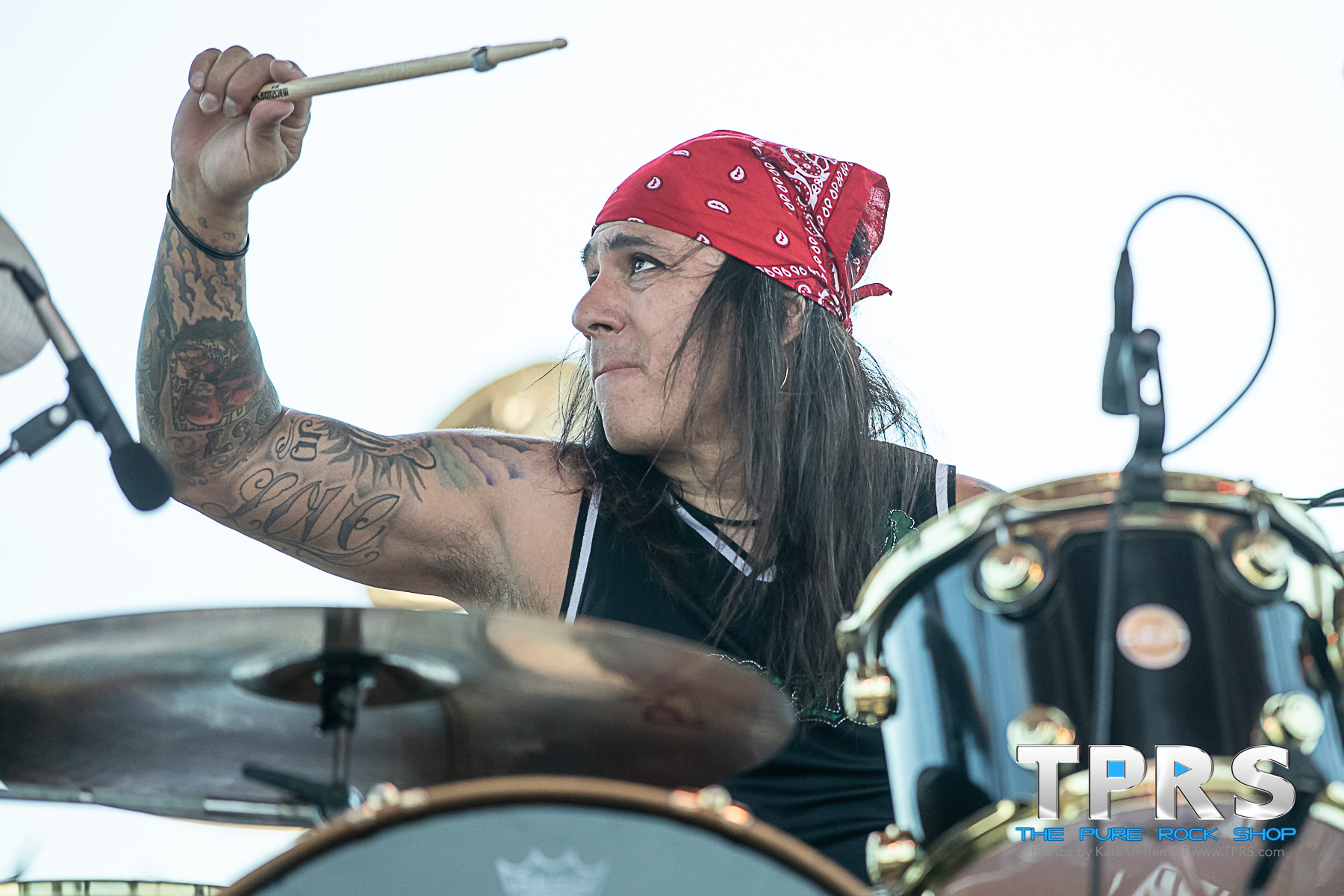 The name seems just as appropriate as Lynch Mob did as George exercises his freedom to rotate band members on a whim sometimes switching out members from day to day.  The set list was much different from when we had last seen the band on the Monsters of Rock Cruise in February, 2020. At that time drummer Brian Tichy and vocalist Oni Logan, who has fronted the band on and off since their first album Wicked Sensation were on board. With Devin on vocals the band was able to spread its wings and cover a few cool jams like Led Zeppelin’s “Whole Lotta Love.”

Interestingly a few more alumni were easy to spot that same day to the point that it seemed like a big family reunion: Robert Mason (Warrant) who sang on the band’s second album and Robbie Crane (Ratt, Black Star Riders) who performed on the band’s 2012 release Sound Mountain Sessions and was filling in for Warrant’s Jerry Dixon on bass.

One could have hoped for some sort of guest appearances, but those were saved for later in the evening when George joined Dokken on stage to end the night with an explosive conclusion that essentially blew away the crowd even more than his “Mr. Scary” jam did that afternoon.  It was almost as if he had to remind us all how much he had to do with his former band getting top billing for the evening. 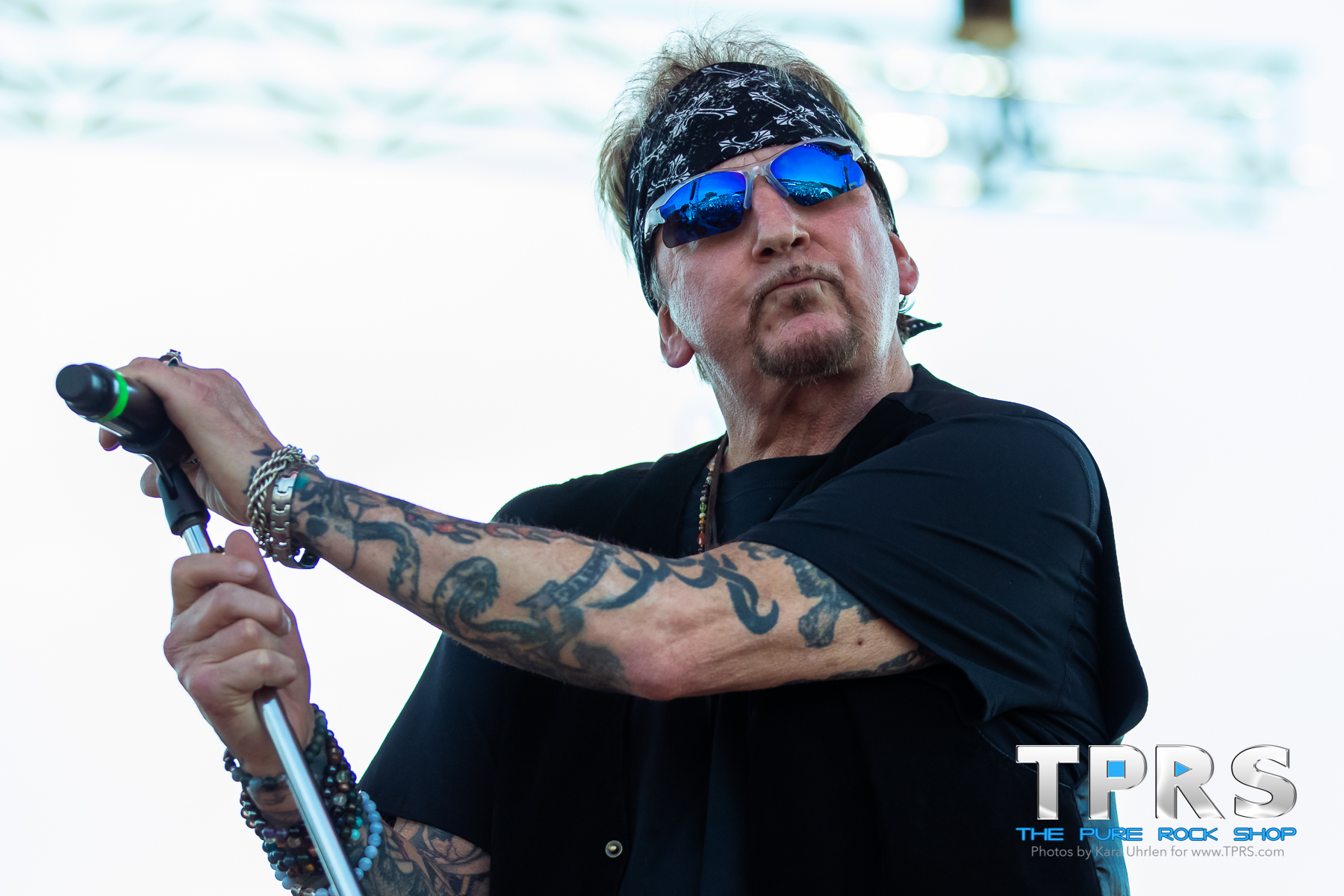 Electric Freedom was followed by Jack Russell’s Great White. Given that Jack is probably one of our most covered artists historically, it is crazy to think that we hadn’t seen in full since they performed with Lita Ford in Butler, PA in 2019, but I for one count myself lucky to have seen Jack Russell perform acoustic with his partner in crime Robby Lochner at Jergel’s just two days prior. Acoustic or electric the set always starts the same with “Call it Rock n Roll” from Great White’s Hooked album. 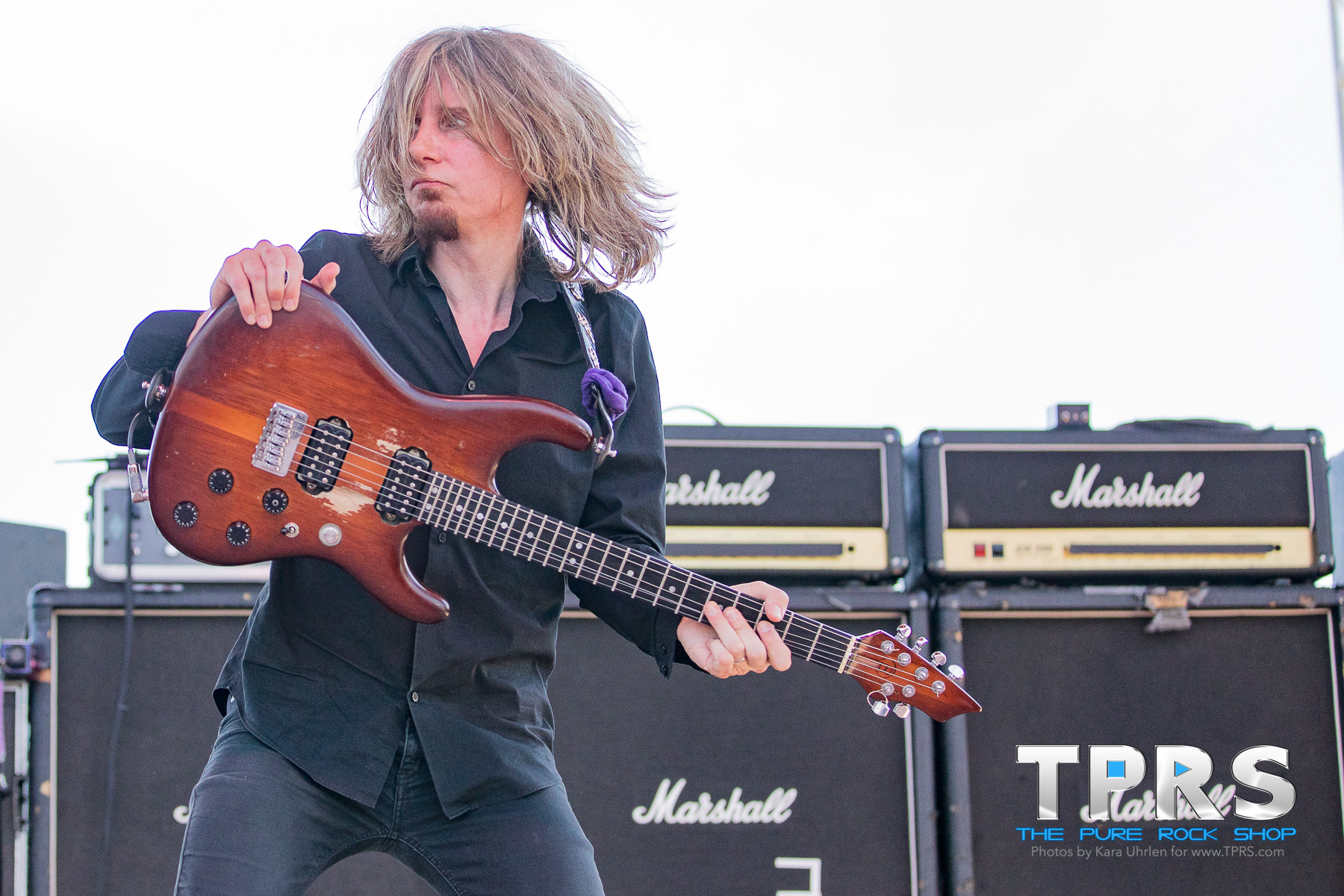 But it certainly was a treat to see the energy from the band as guitars were slug overhead, hair was flying in the air, and despite having caught a sore throat and recently undergoing bypass surgery, Jack Russell was killing it on vocals and drawing energy from the crowd. 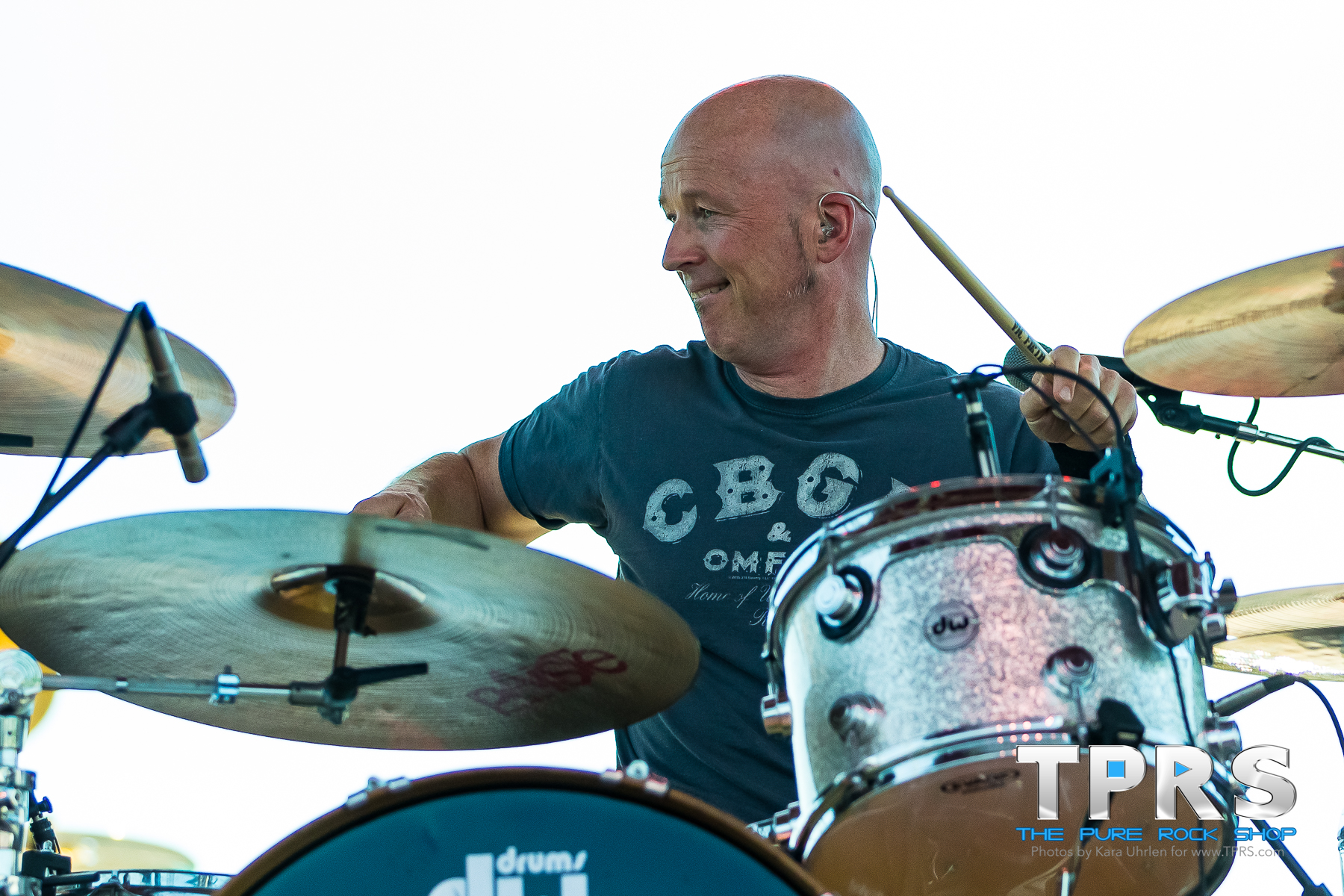 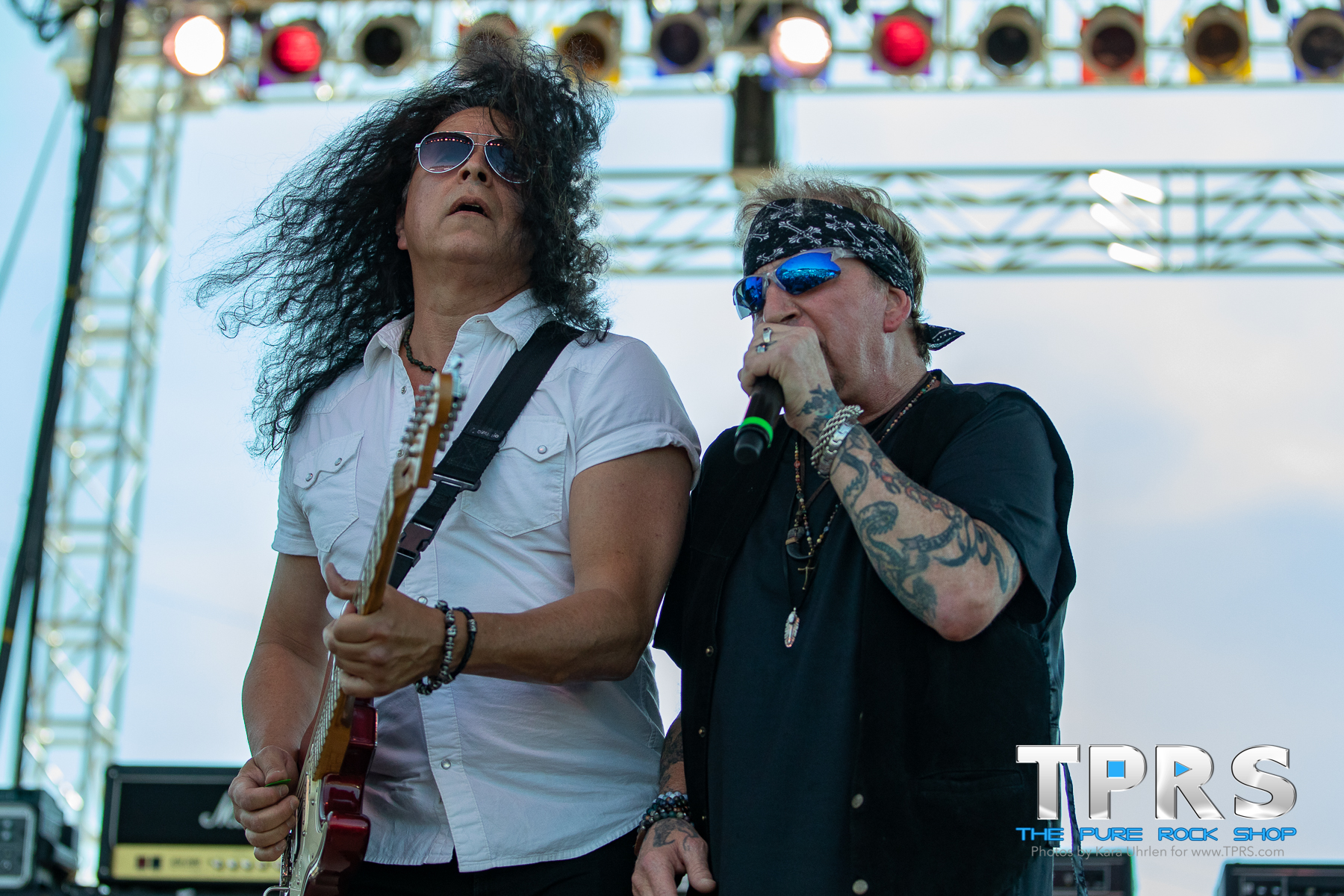 Unlike Lynch, Jack has had a steady band for several years now, featuring Great White bassist Tony Montana and Robby Lochner on guitar, Dan McNay on bass and Dicki Fliszar on drums. And the set was full of favorites like “Can’t Shake it,” “Mistabone” and of course the show stopping “Once Bitten Twice Shy.” 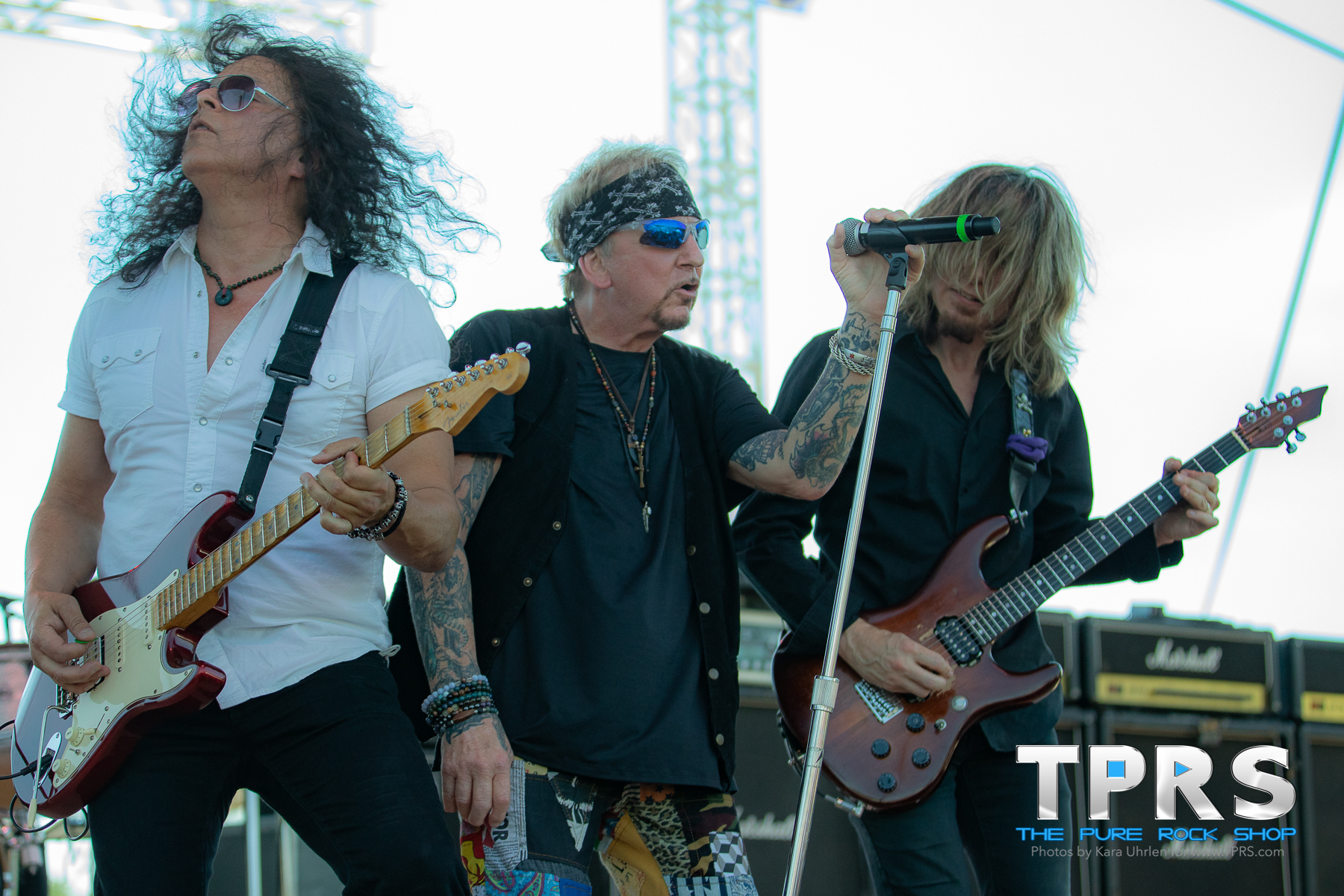 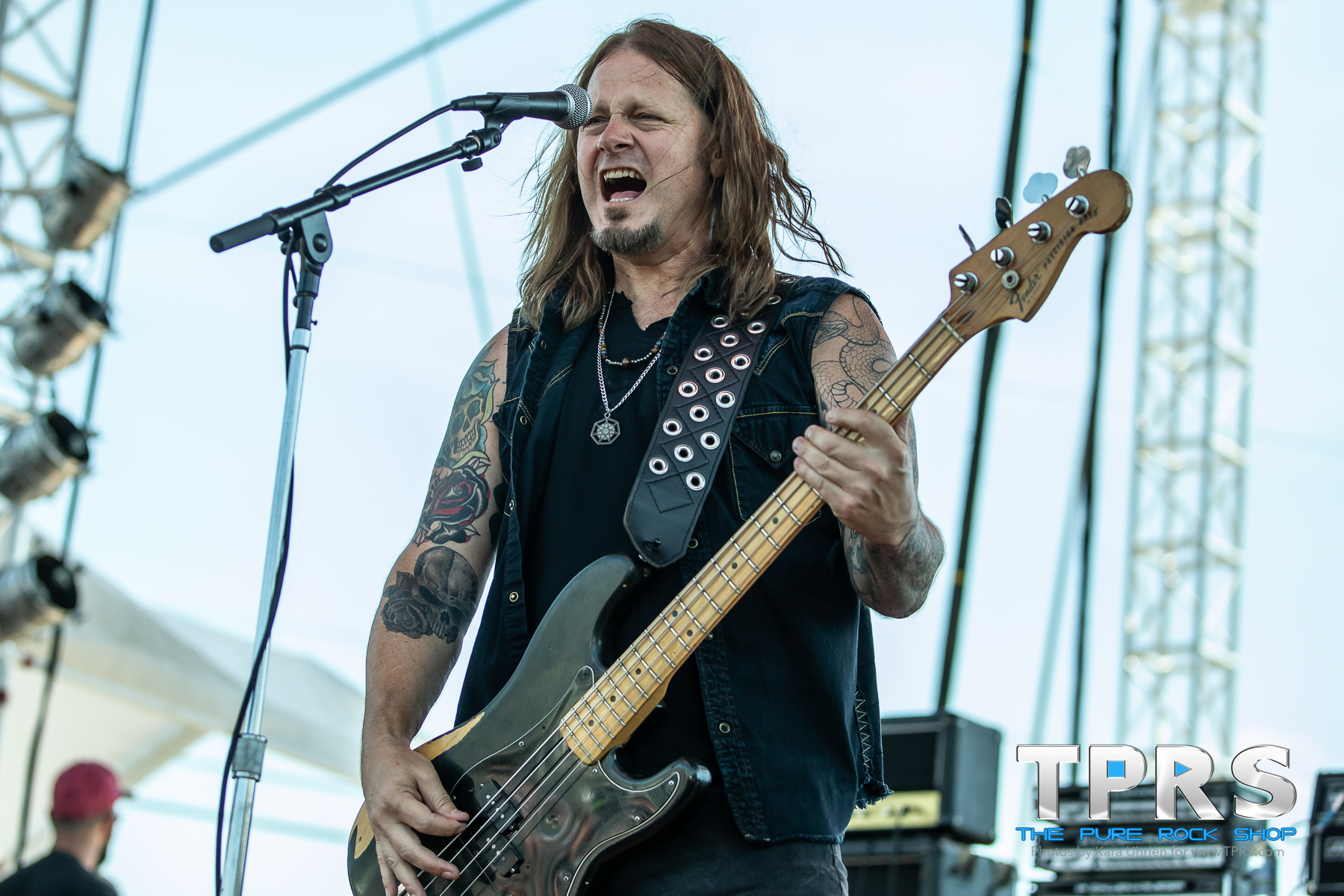 The lady of the evening and bad ass as always was Lita Ford, joined by Patrick Kennison on guitar, Marty O’Brien on bass and Bobby Rock on drums.  While it may have been over a year since her band had toured together, you certainly couldn’t tell from their performance.  The choreographed guitar moves and the energy was just as lively as ever with Lita fronting the band in her classic red and black wardrobe as expected. 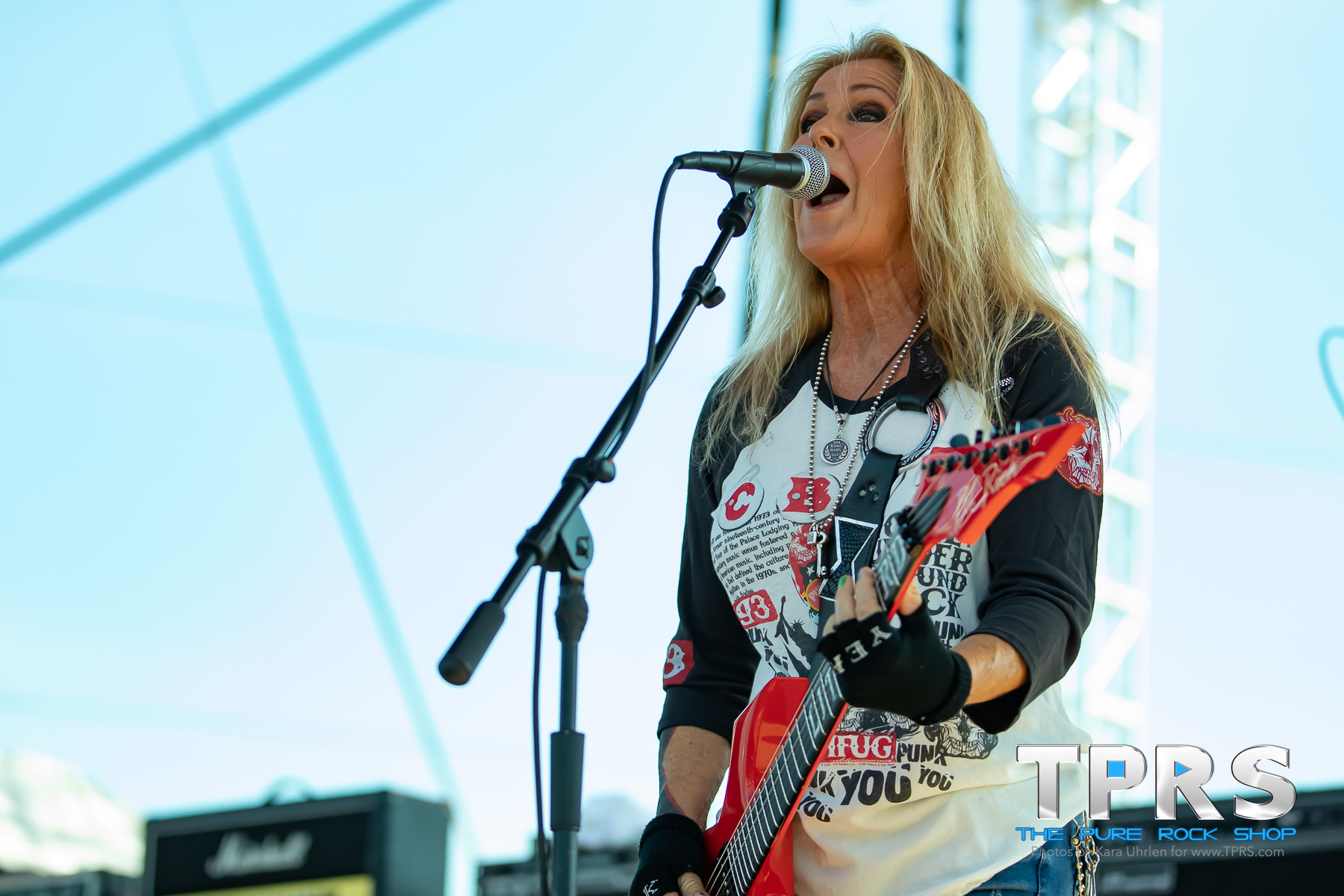 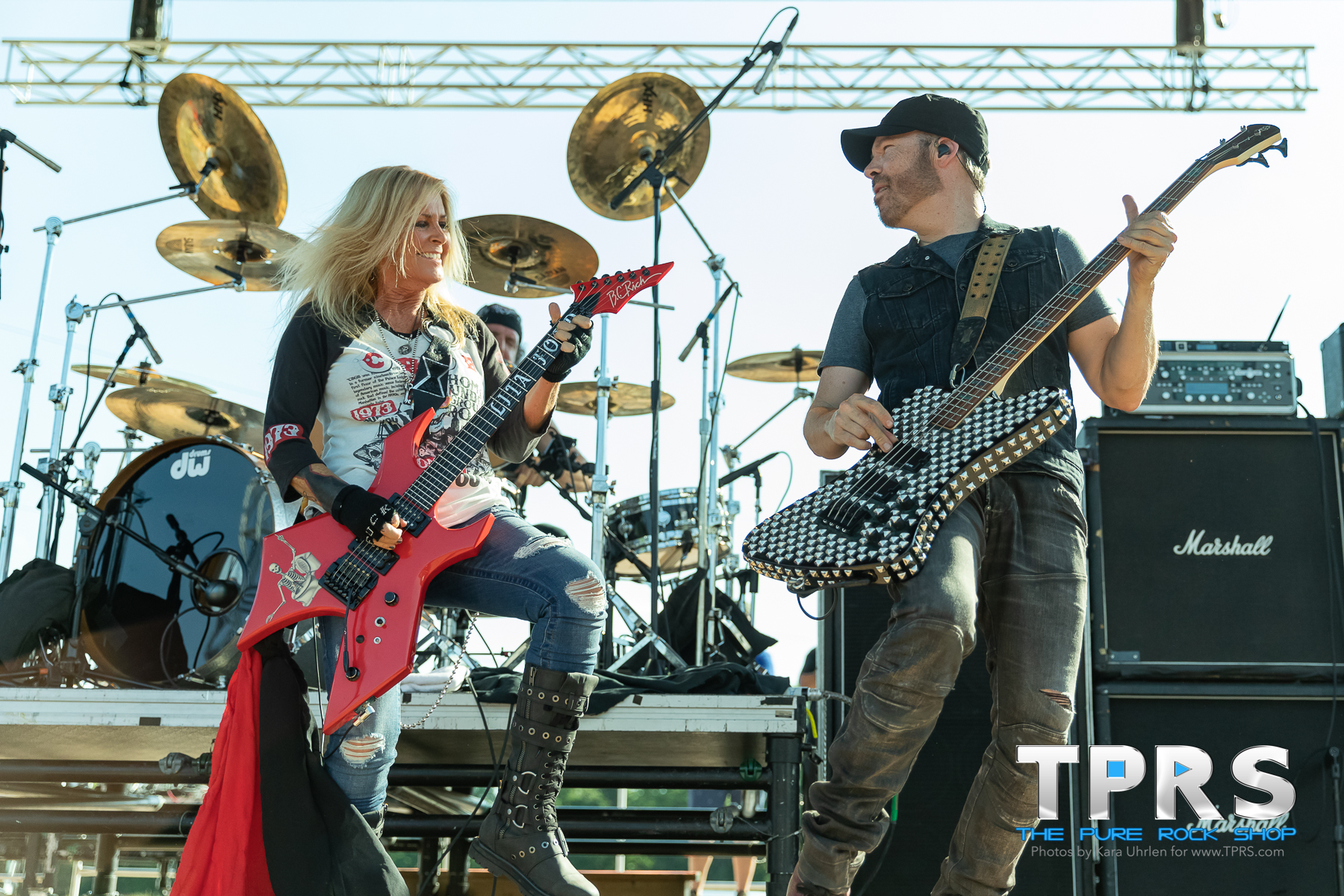 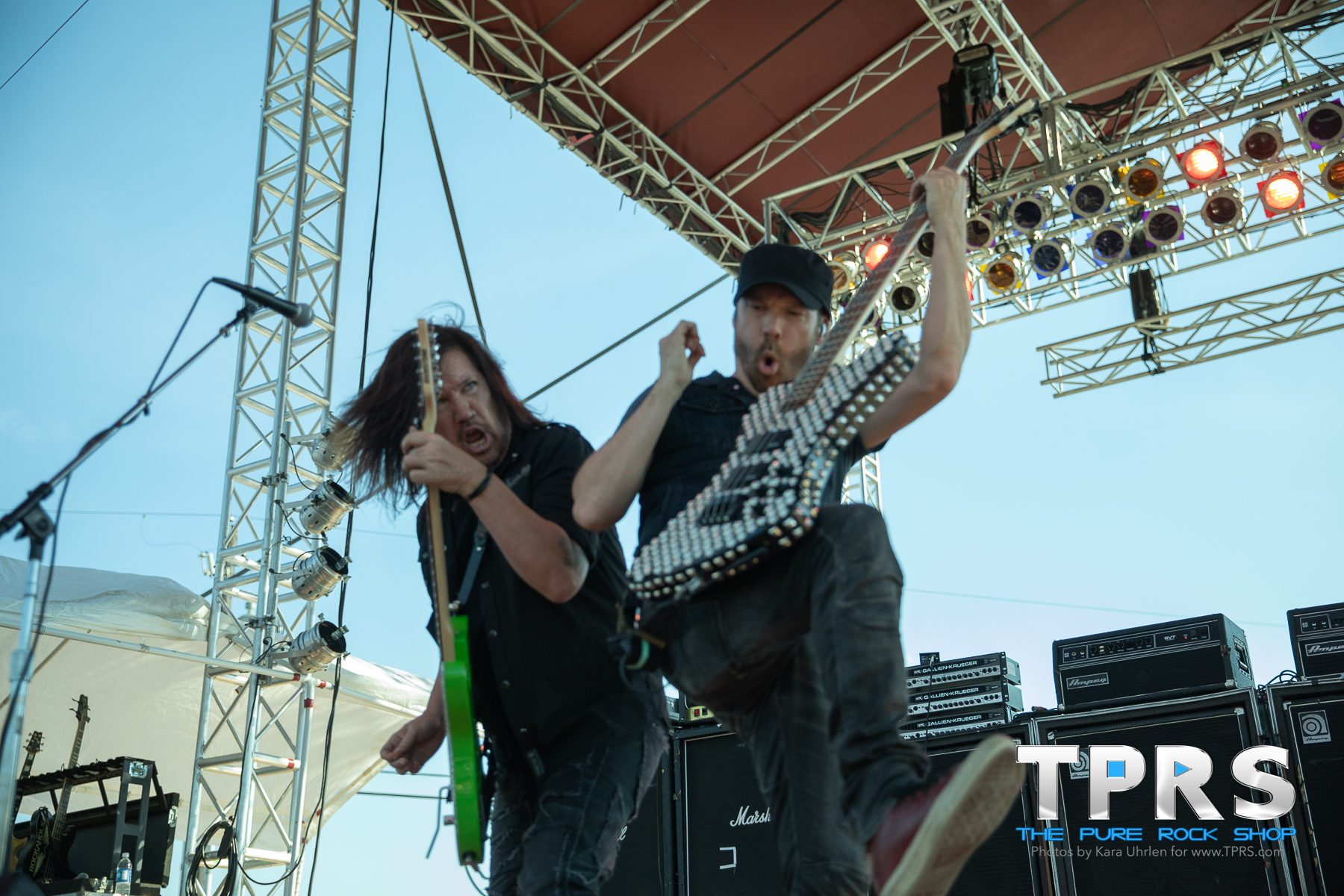 She took us back to 1984 starting her set with “Gotta Let Go” from the Dancin’ on the Edge album and delivered one hell of a set including “Hungry,” “Cherry Bomb,” and of course “Kiss Me Deadly.” But what truly stood out was her duet with Patrick rounding out the relaxed medley of the Alice Cooper cover “Only Women Bleed” and “Close My Eyes for Ever” best known from her recording with Ozzy Osbourne on her 1988 album Lita. 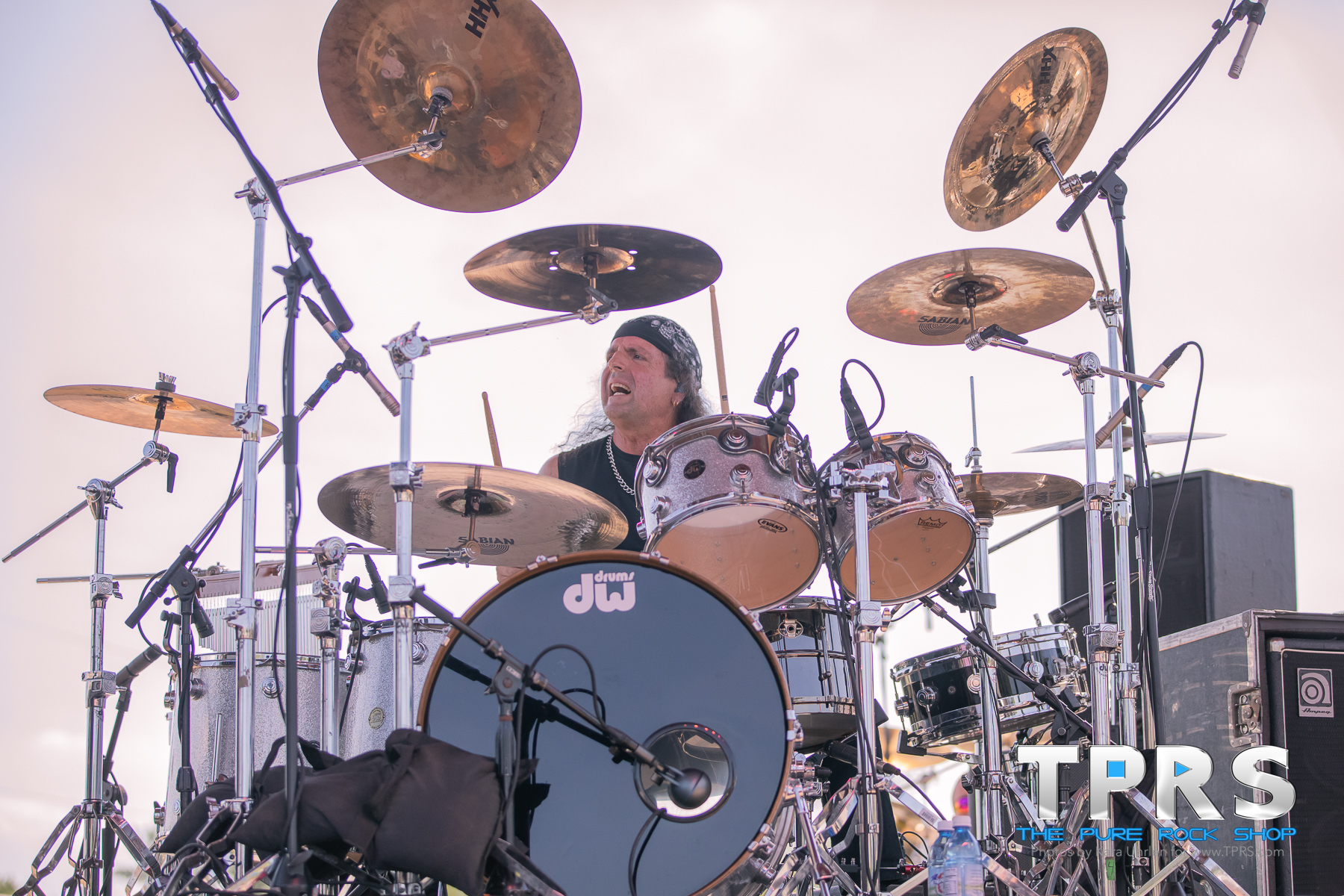 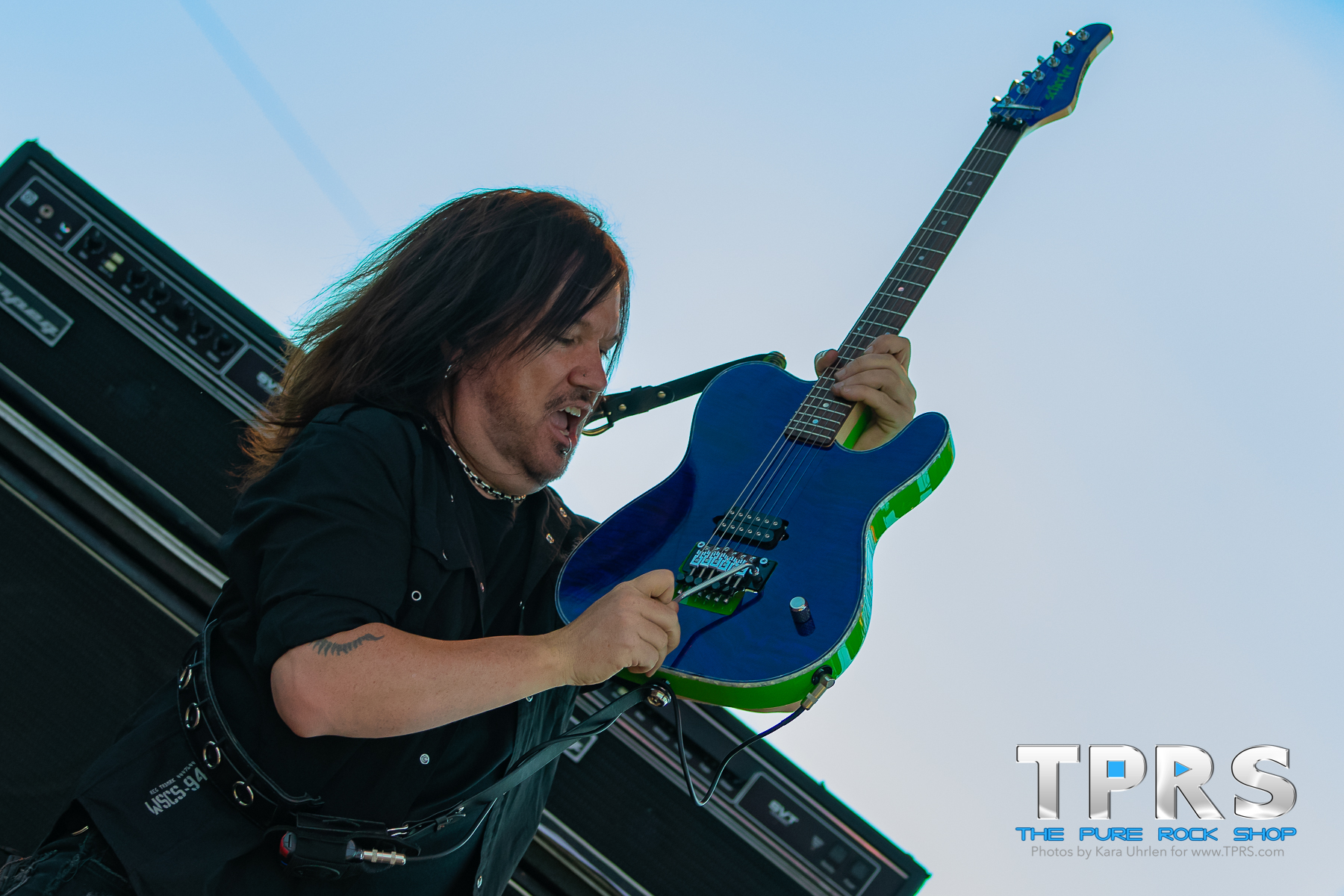 One would think that the night was over, but there was so much more in store for us at this talent-packed festival with Warrant and Dokken still to come! Originally slated to end around 9pm the festival was running late due to technical issues earlier in the day, but that only built the anticipation and gave people more time to enjoy the party. 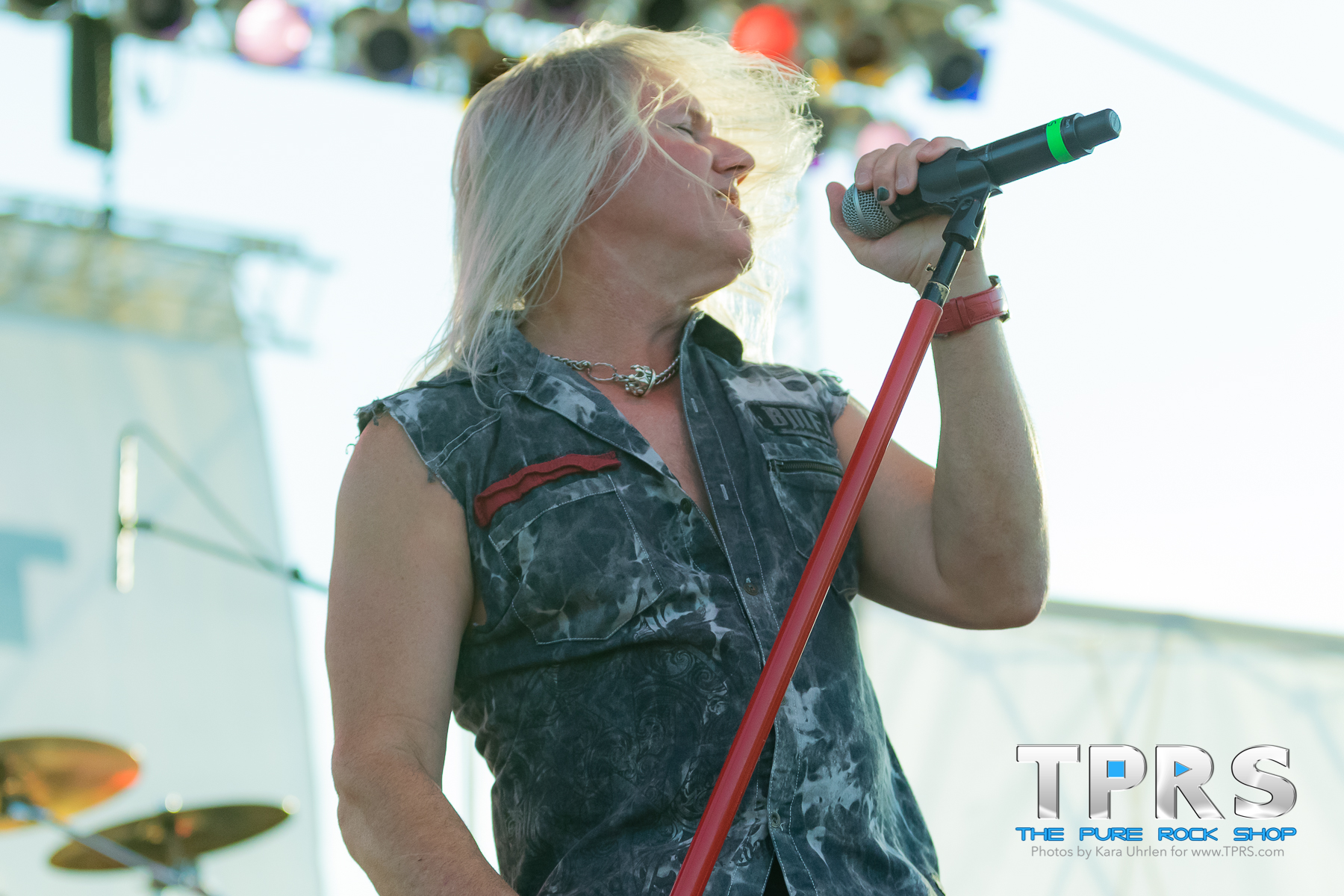 Continuing with a belated thirty-year anniversary of the Cherry Pie album that brought us that over the top MTV-era video with actress Bobbie Brown, Warrant primarily focused their efforts playing that album through live front to back, but broke protocol for a few other favorites including “D.R.F.S.R” and “Heaven.”

They ended the evening on a high note inviting the earlier bands to join them on stage for “Cherry Pie,” and it was one of the most memorable moments of the day with the pure joy of these friends sharing microphone’s and hugs as they sang out the chorus. 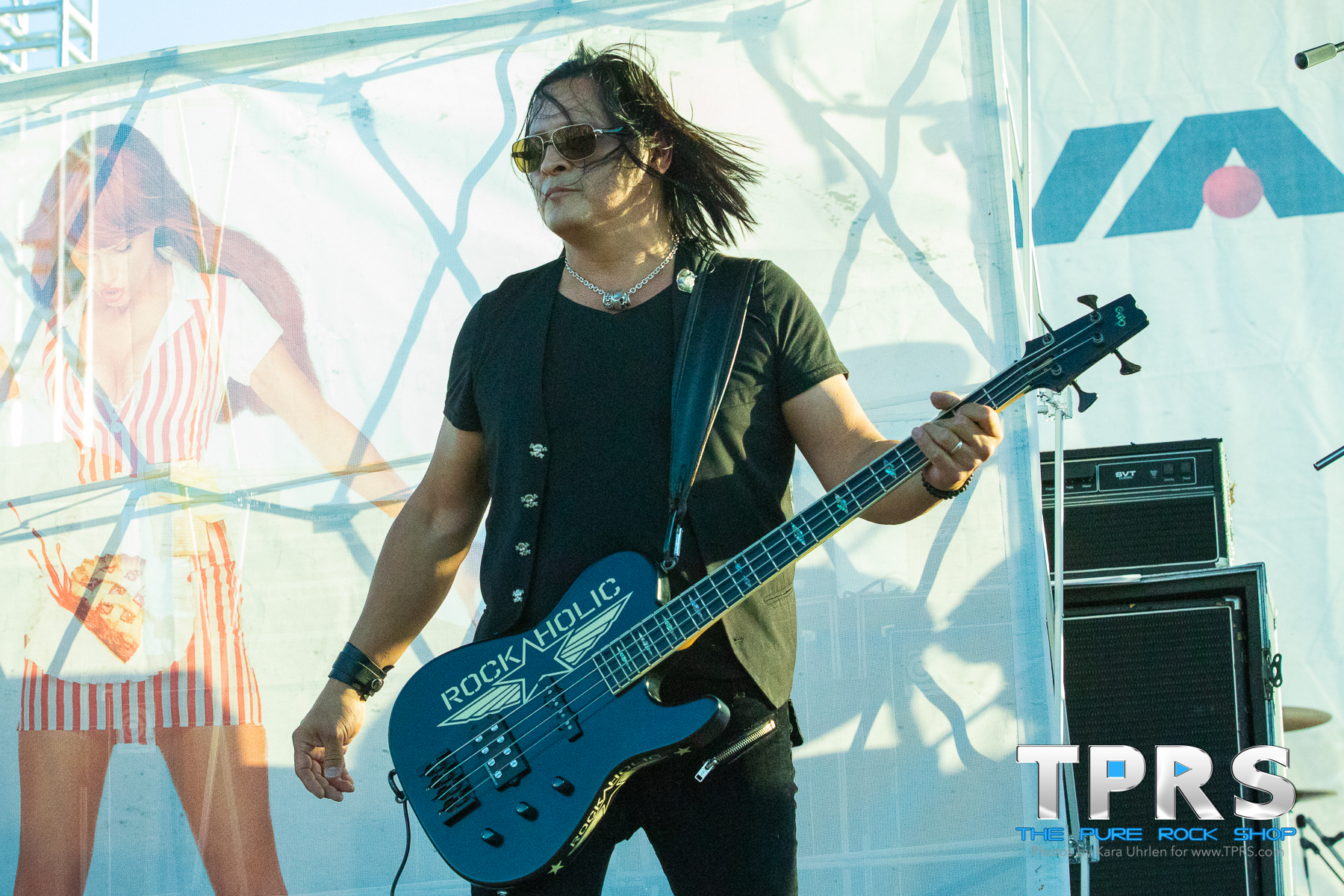 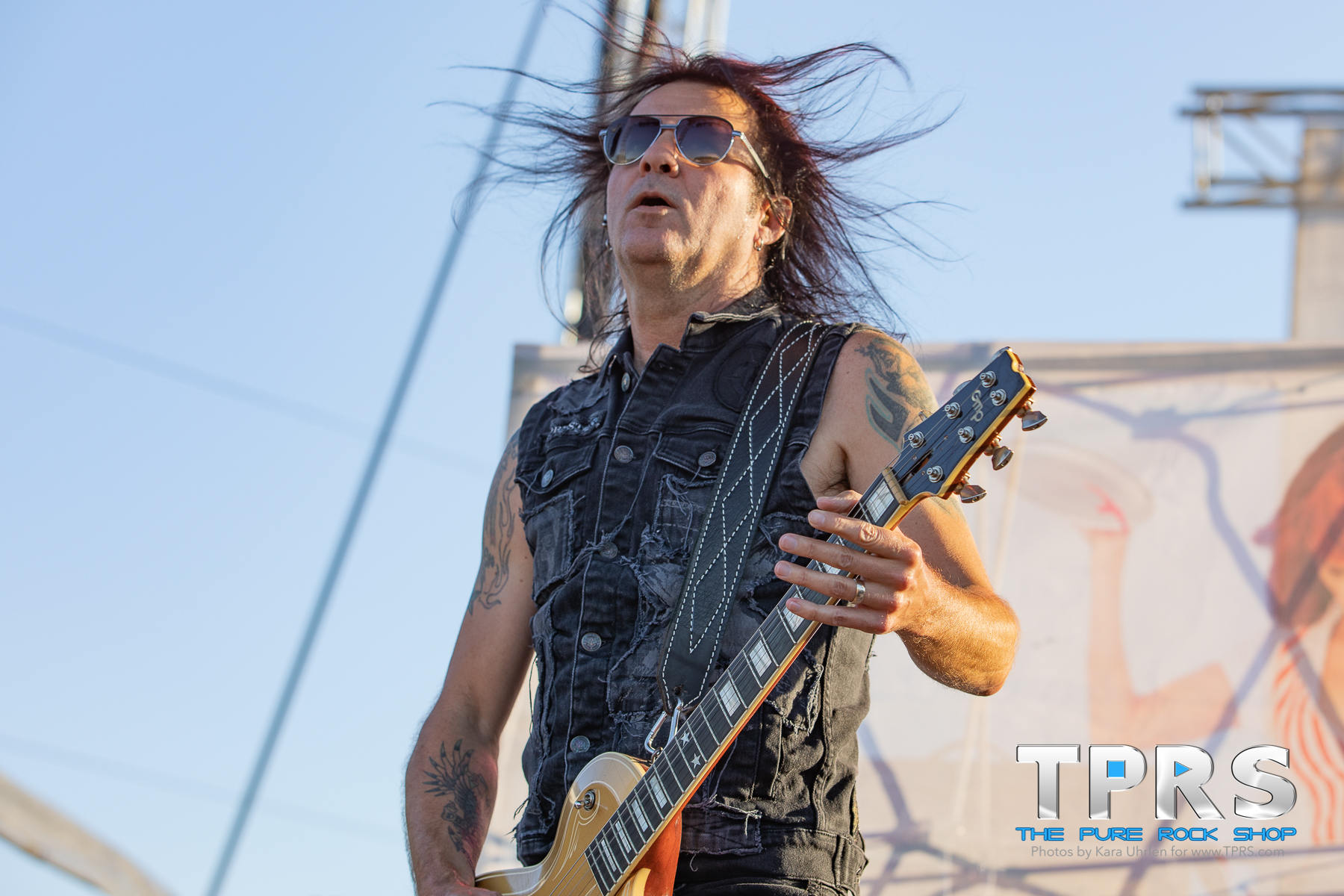 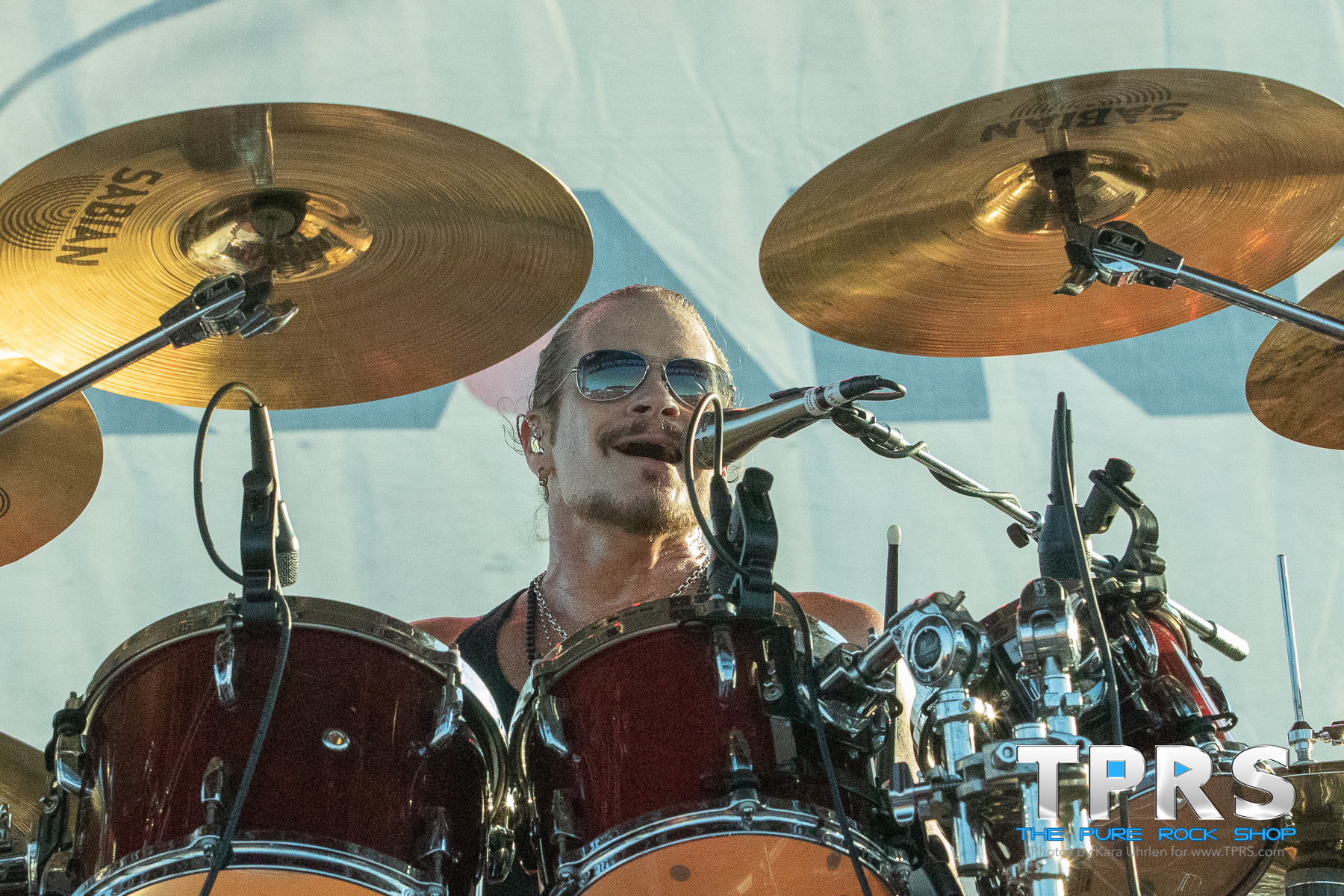 The final slot of the evening was held by Dokken, featuring Don Dokken on vocals, Jon Levin on guitar, BJ Zampa on drums and Chris McCarvill on bass.  But the part of the show that had everyone talking was when Mr. Lynch returned to the stage to many hours after his own band’s performance for a mini reunion with his former bandmate Don.  While his own set felt more like a cool jam, George certainly took things up a notch for the finale and left everyone in awe as the evening ended. 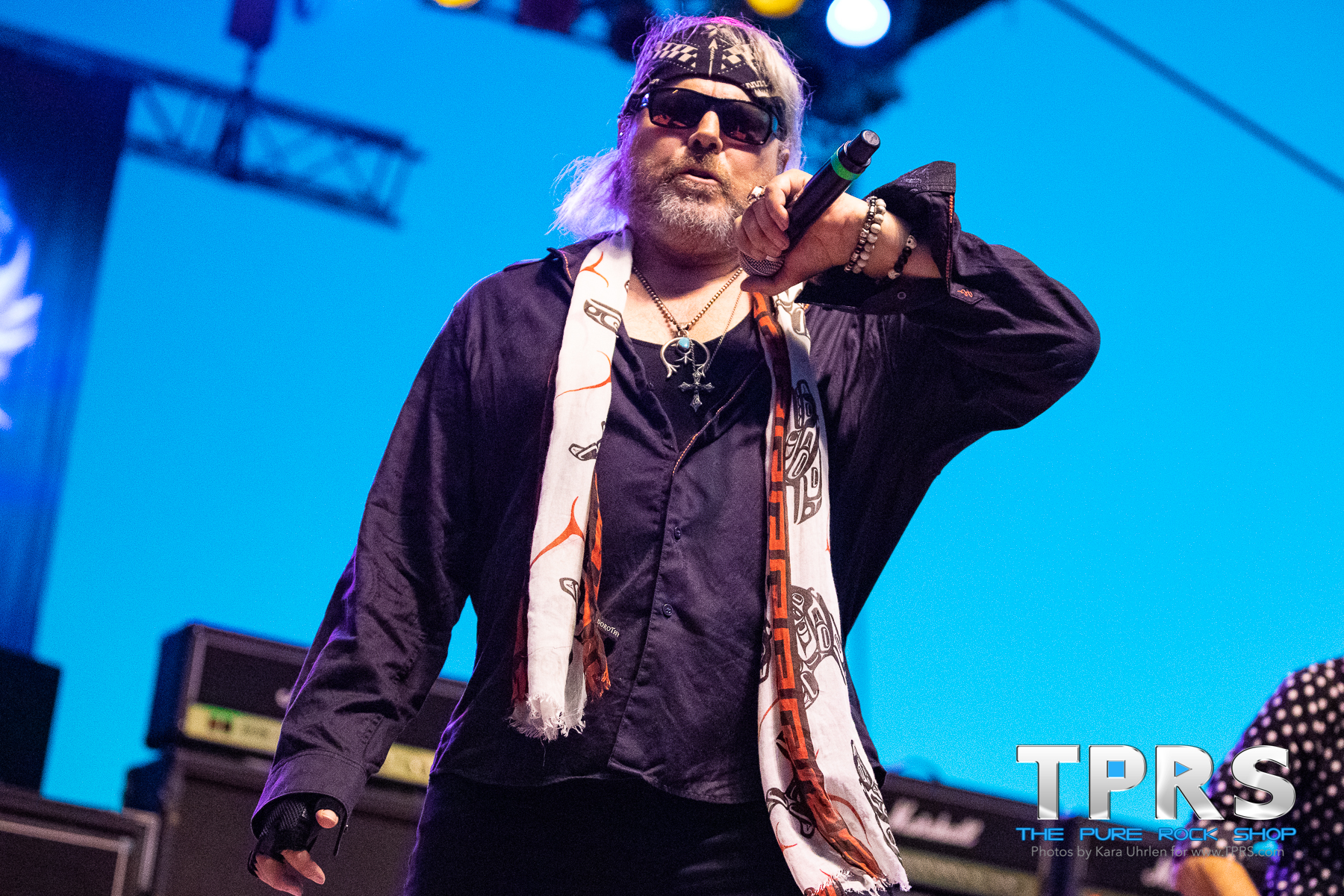 To support this cause, read more on The Greater Susquehanna Valley United and the United Way of Columbia and Montour Counties Youth Mental health page or make your donation here.

Follow us at @ThePureRockShop for more coverage from day two of the festival featuring Eric Martin, Firehouse and Winger.