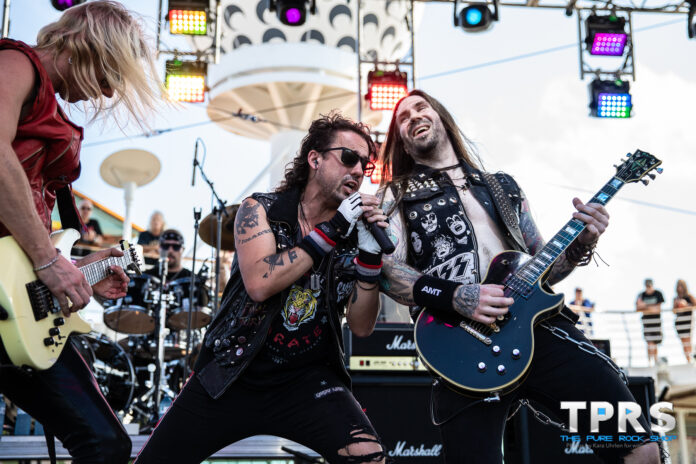 Despite a long sail away day, I was up early to check in for the first photo experience on the cruise.  Sadly, many bands weren’t able to participate this time around, but we were all working double duty to ensure that a photographer was healthy and available. I wasn’t needed this time, so I got to grab my own photos with the bands before getting lunch and heading to the pool deck for one of my absolute favorite bands, Crazy Lixx. 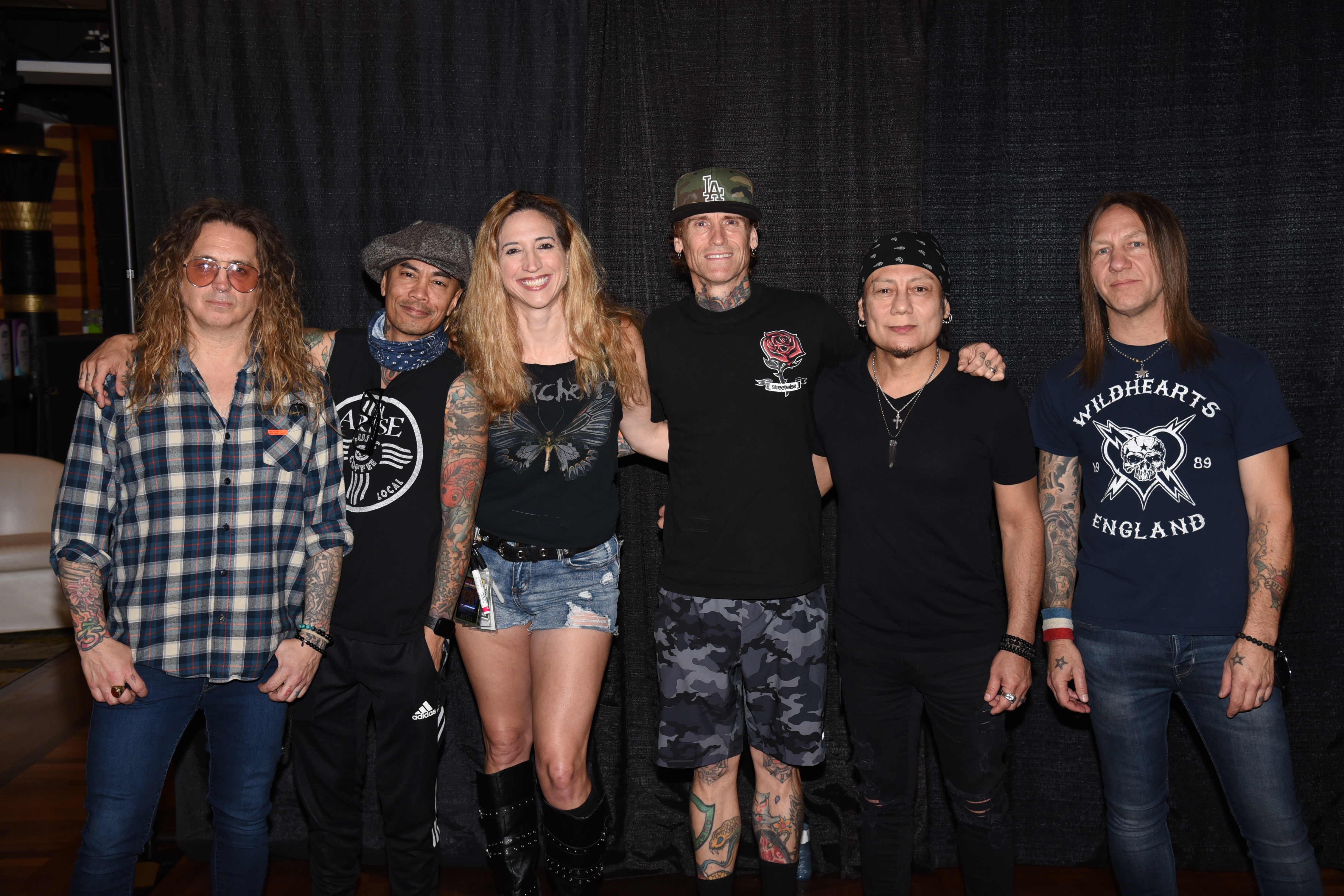 I first caught Crazy Lixx performing at a tiny little club called the Welly in England as part of the Hair Metal Heaven festival and later had the opportunity to interview frontman Danny Rexton, and guitarist Jens Lundgren and bassist Jens Anderson poolside at the Melodic Rock IV Festival in Chicago. Ironically, I was begging both them and H.E.A.T. to join us on the cruise back then.  How awesome it was to have them both on board this year.

These guys turned up the volume on the pool stage to a serious crowd adorning Swedish flags despite the fact that we were docked in paradise aka Cocoa Cay in the Bahamas.  After shooting the customary first three songs I decided to go live, and within minutes I had so many fans, friends and family watching these guys from around the globe, that I couldn’t put my phone down.

Highlights included “Anthem for America” from their latest release Street Lethal as well as classics like “Girls of the 80s” and “21 ‘Til I Die.” And Danny brought out the Jason mask for “XIII” from their 2017 release Ruff Justice.  If you missed the show, definitely check out my live feed and explore their catalog, because anyone who loves the “bands of the 80’s” has gotta love Crazy Lixx. 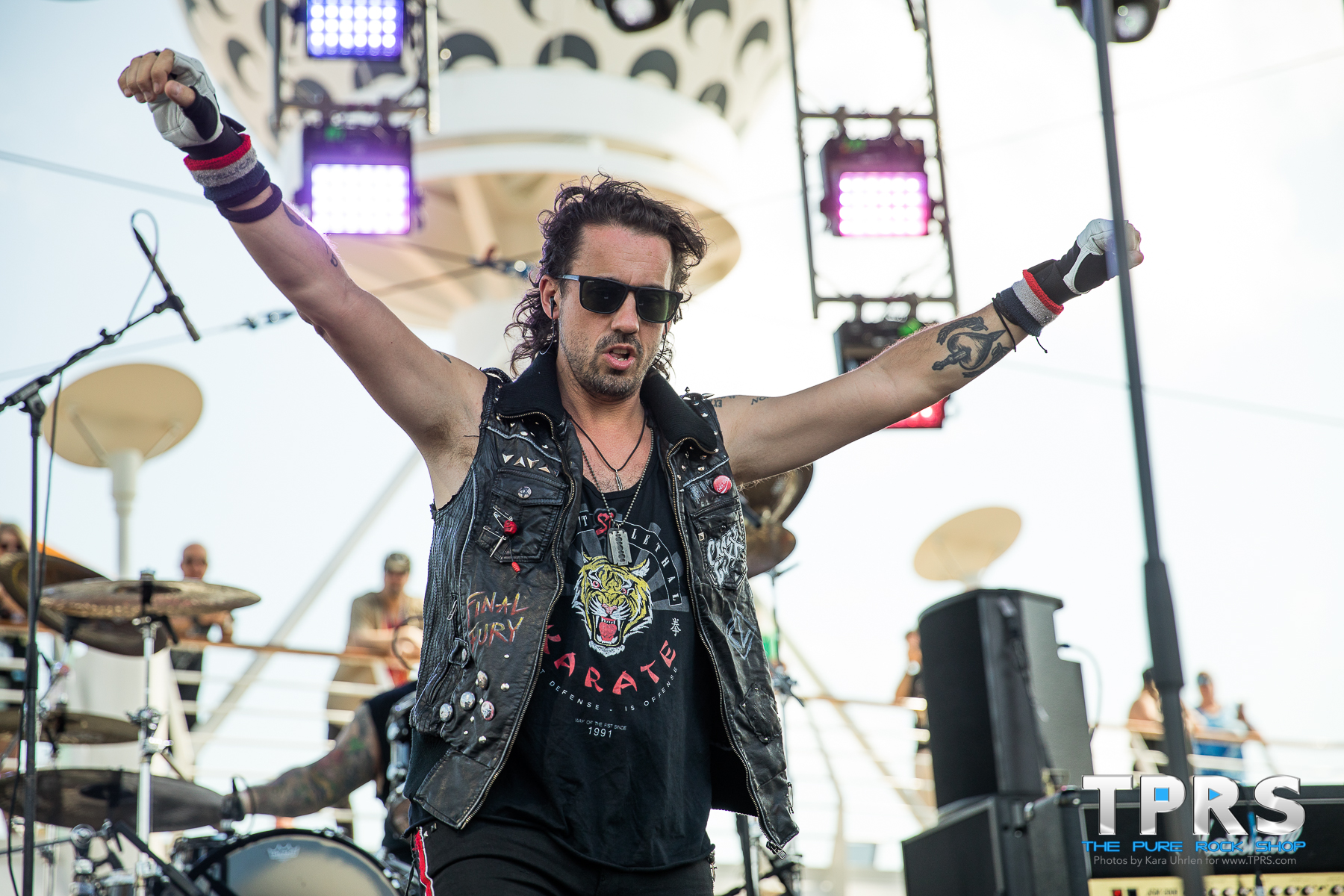 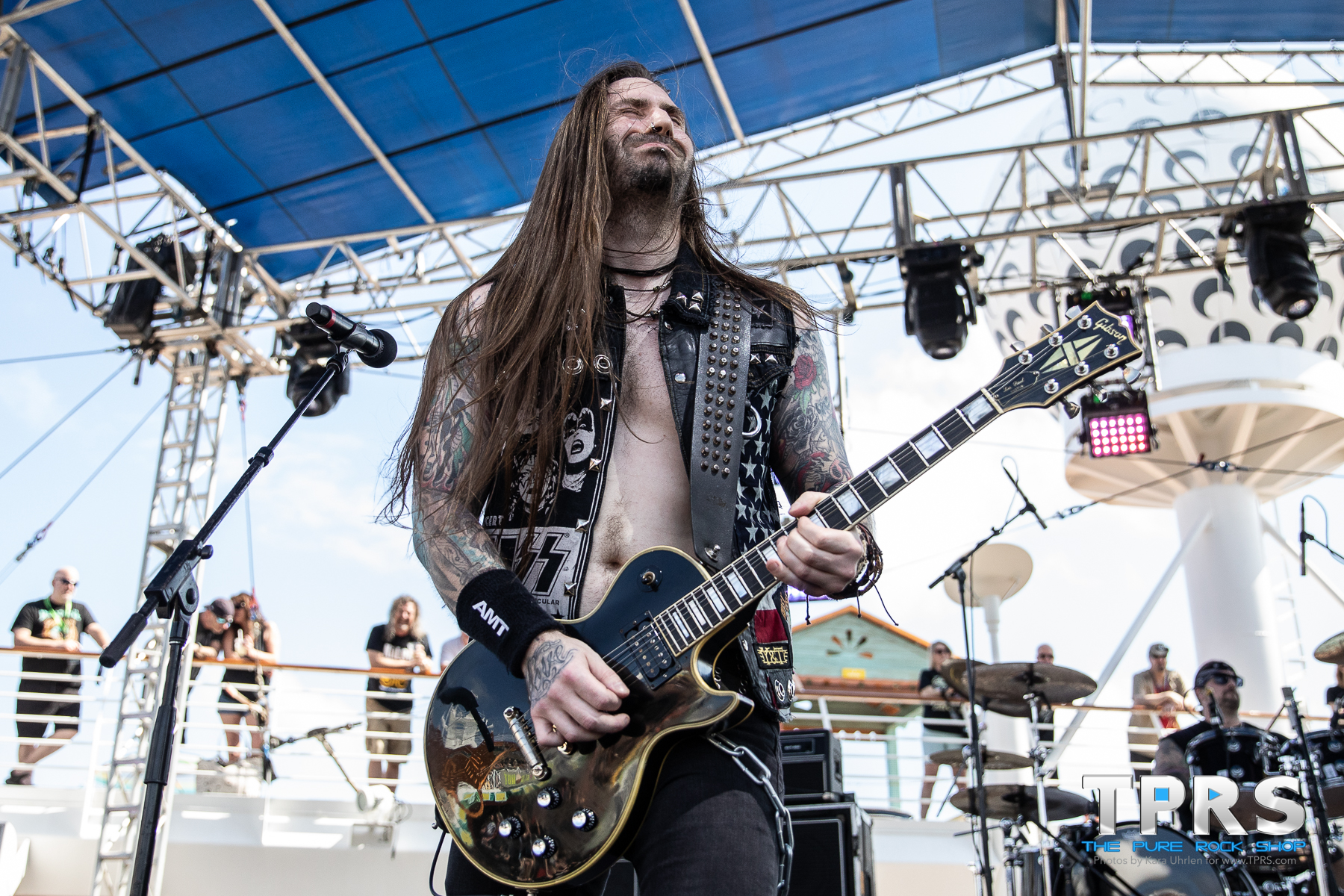 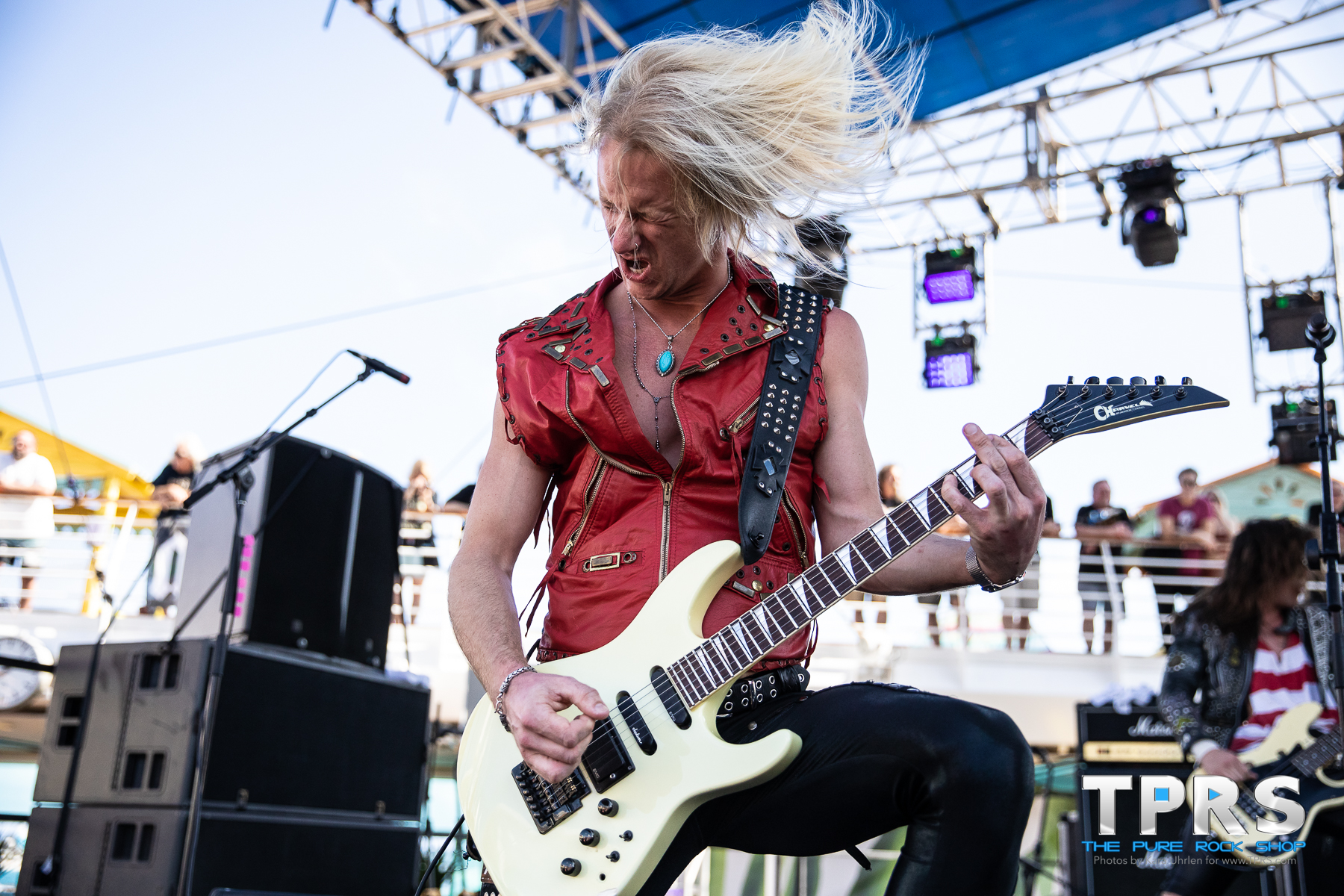 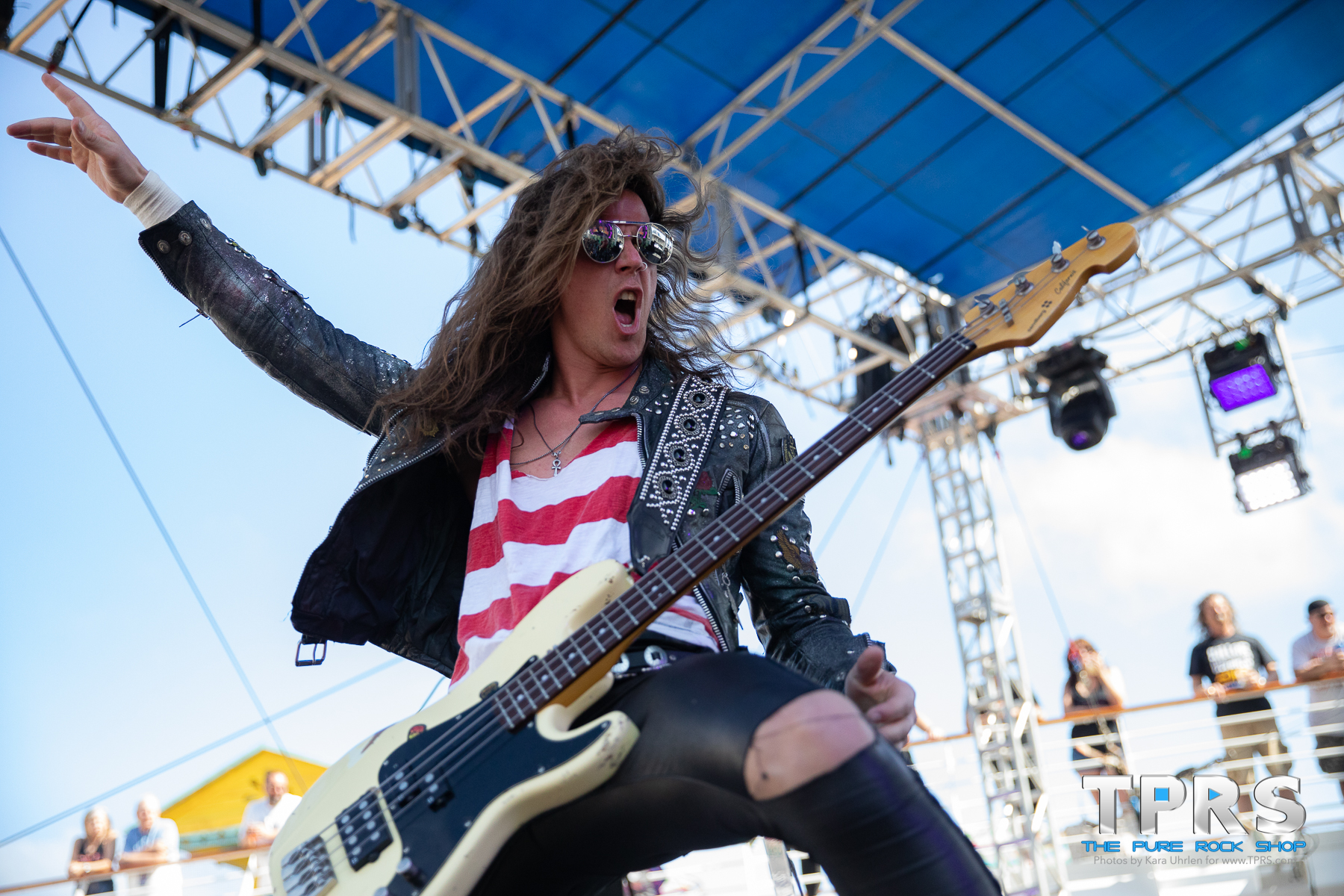 And then when faced with a difficult decision: Firewind or sunshine, I opted to leave the boat for some poolside fun before we set sail.  Do I regret missing my chance to see shredder Gus G? I do, but I’m looking forward to catching Firewind on tour with Dragonforce soon here in Pittsburgh at the Roxian, where there is no sand, no pool bar, and no random encounters with the guys from Stop Stop, Enuff ‘Z Nuff and Buckcherry to distract me 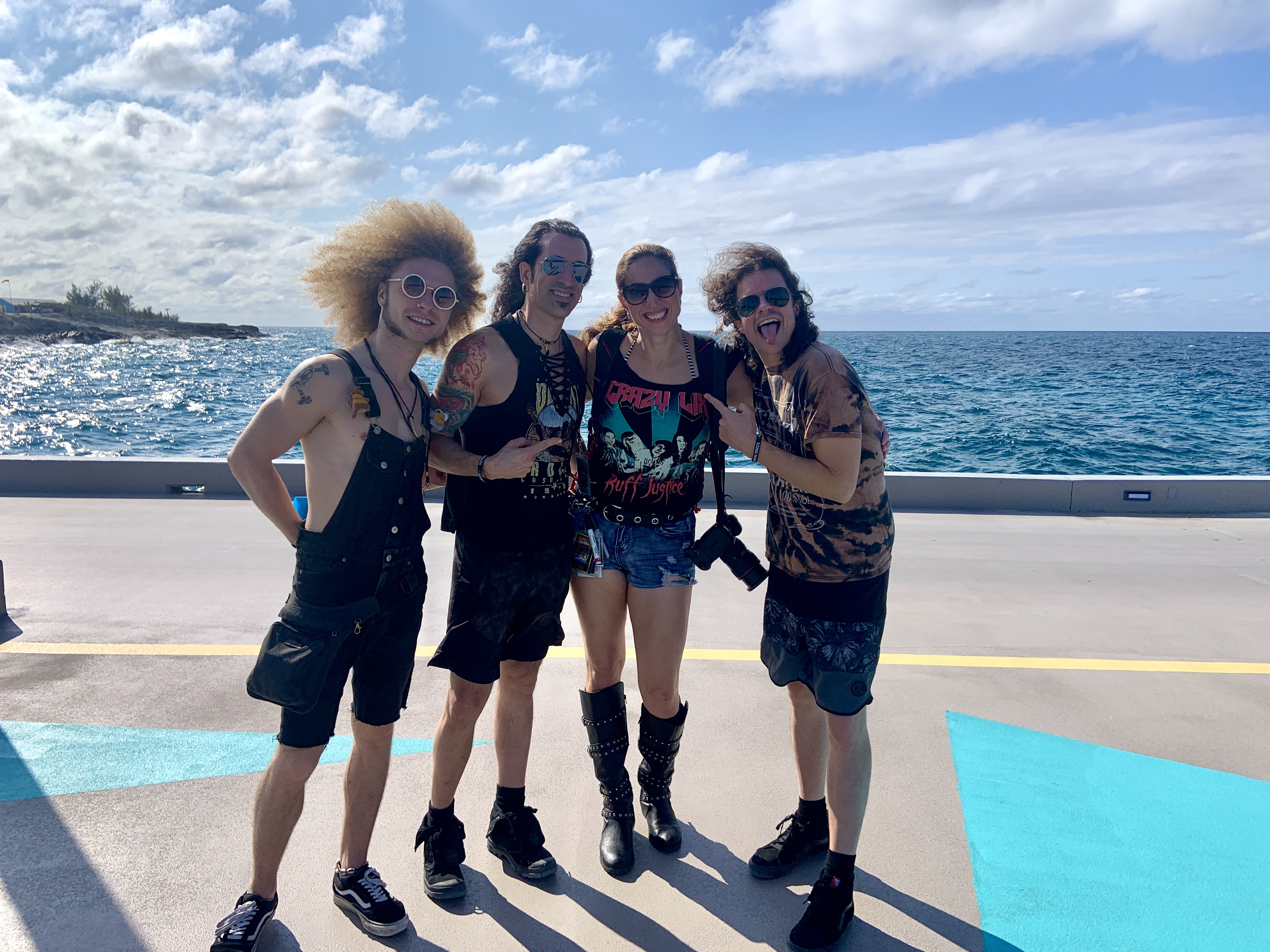 As we set sail again, Lit took the pool stage to warm things up even more.  While these guys started out as a metal band called Razzle, playing the same clubs as bands like TUFF, it did kinda feel like they were the odd band out. After all, their hits like “My Own Worst Enemy,” and “Miserable” popped up in the post-grunge era long after most bands on the boat had already seen the heights of their success.

But, when frontman Ajay Popoff, guitarist Jeremy Popoff, bass player Kevin Baldes and newest addition drummer Taylor Caroll hit the stage, you certainly would know it.  The MORC family embraced Lit with fists in the air, dancing and singing along to their first set on the pool stage.  And, guest appearances from Faster Pussycat’s drummer Chad Stewart and Enuff ‘Z Nuff’s frontman Chip and guitarist Tory Stoffregen only added fuel to the fire. 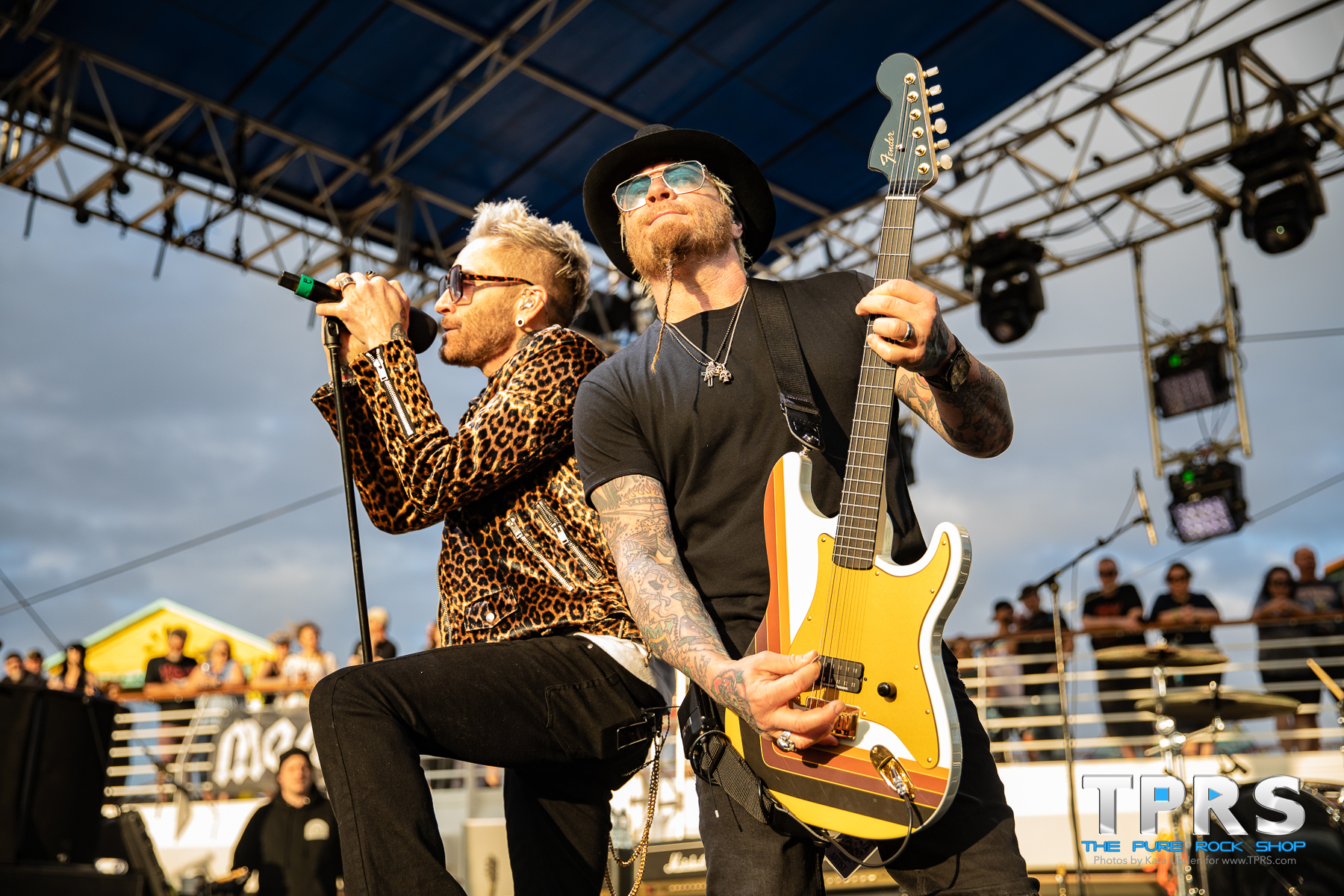 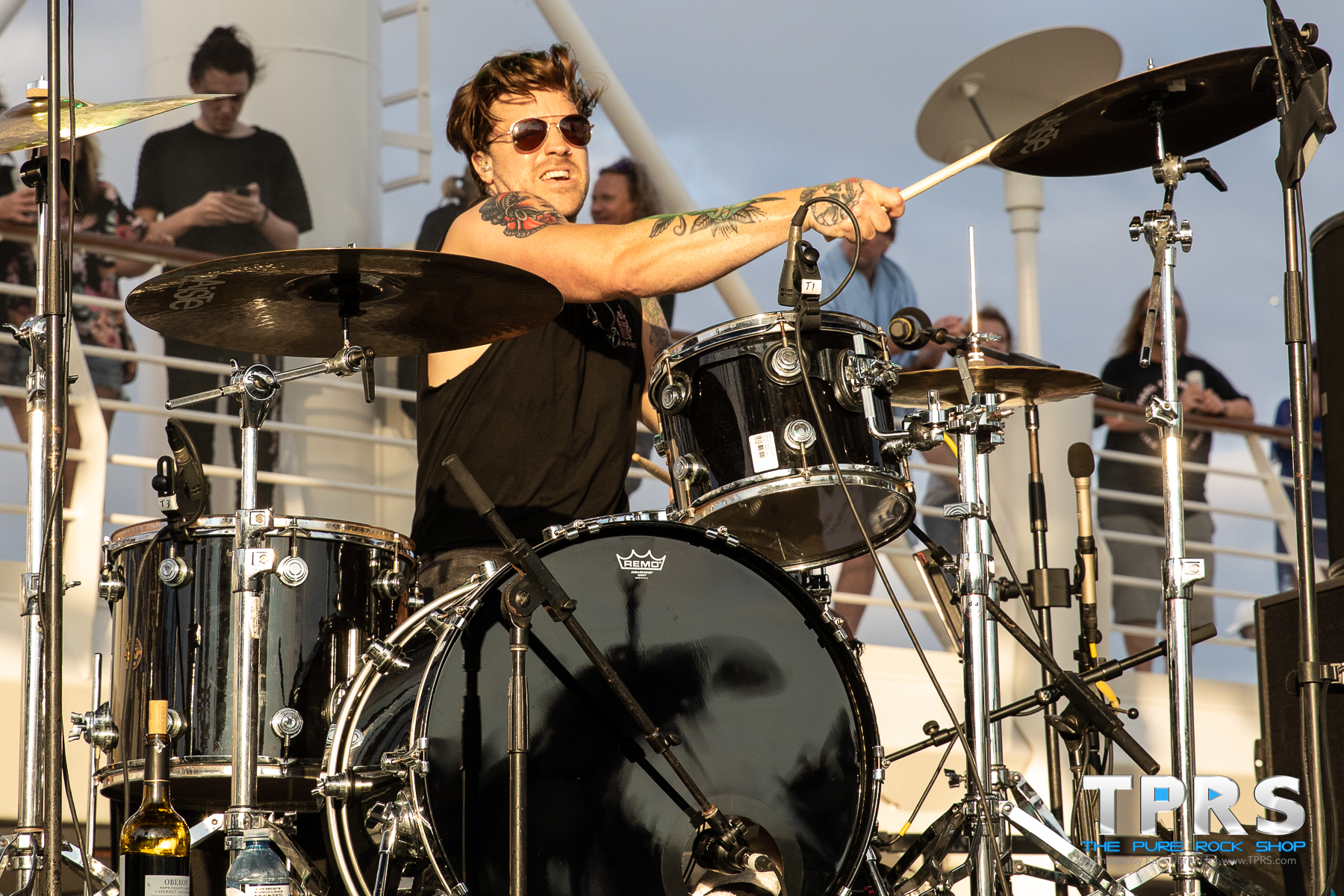 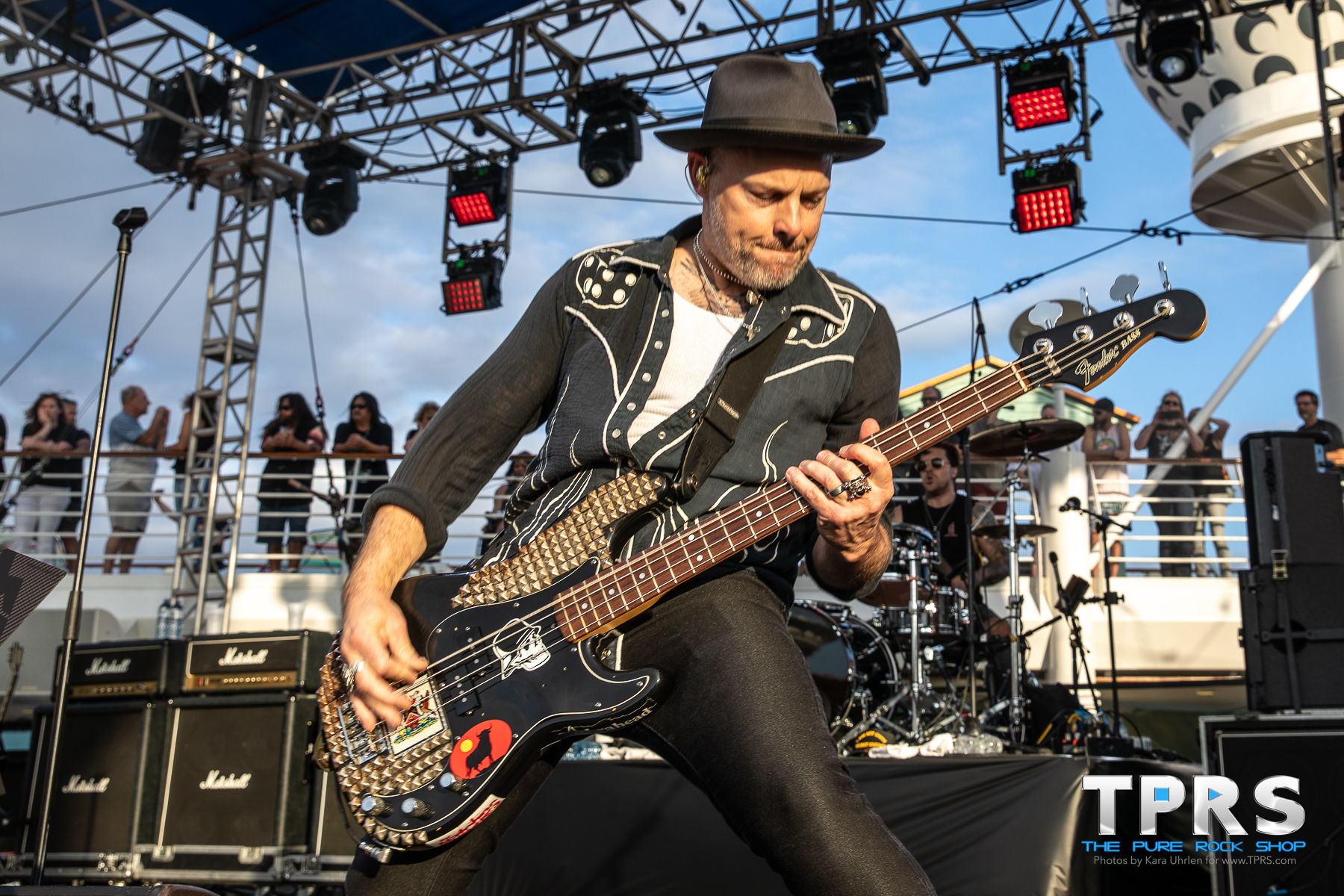 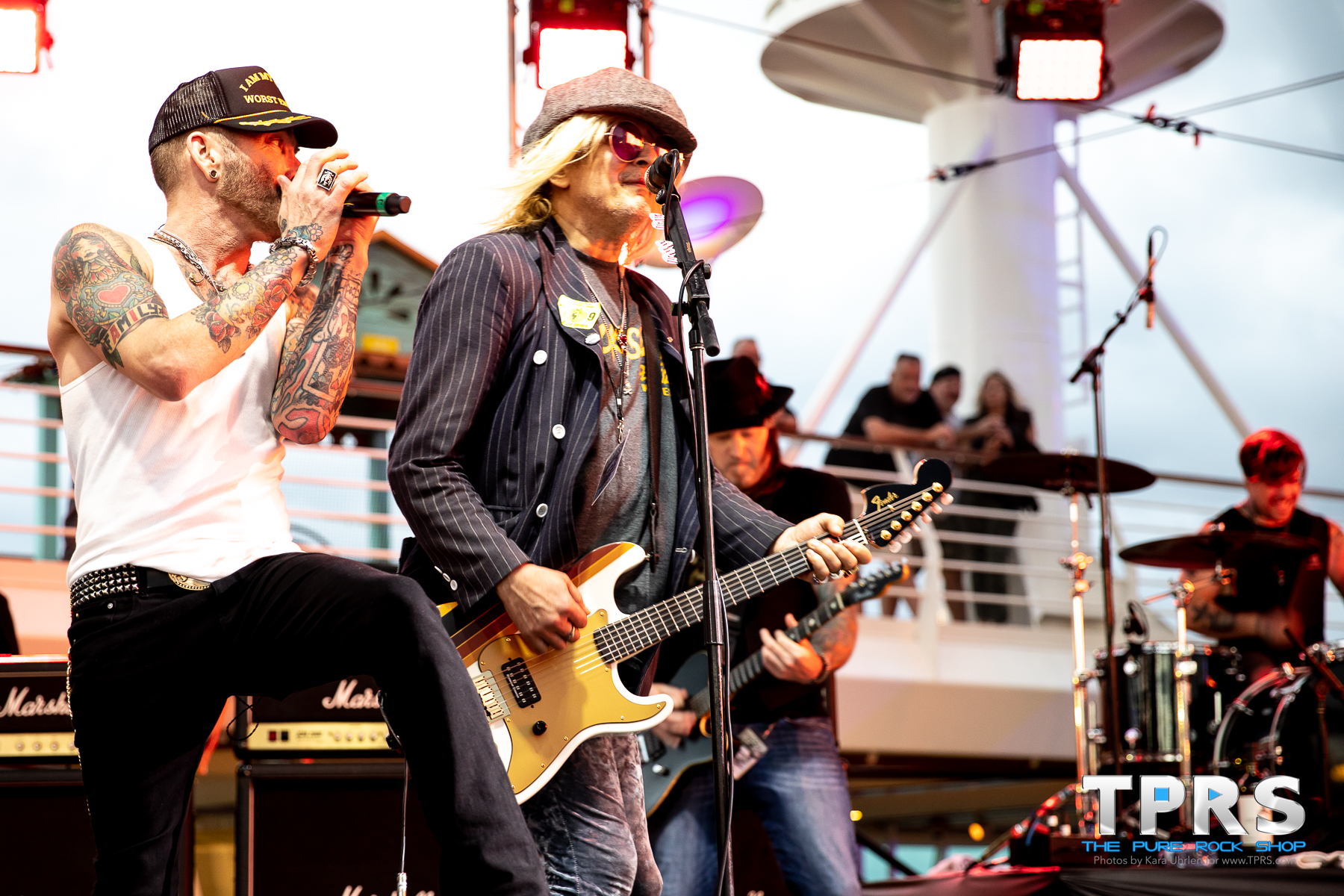 The day finally started to catch up to me as Eclipse and Winger hit the stages in the Studio B and Royal Theater, and it appears that I decided to put down my camera (though I have no recollection of this and have revisited my camera card multiple times looking for more photos). I think perhaps I got frustrated with the ice rink lighting and then opted to video chat with my daughter who just loves Eclipse and was so sad that they weren’t able to join Monsters on the Mountain last year as planned.

Highlights of their set included “I Don’t Want to Say I’m Sorry” and “Black Rain.” Sadly, I learned that by arriving late for Winger, I missed “Battle Stations” a rarity that they are luckily still fitting it in on the road.

But I did catch the insane medley that featured a well orchestrated weaving of favorites from the many band’s that Winger’s talented members (Kip Winger, Reb Beach, John Roth, Paul Taylor and Rod Morgenstein) have performed in over their careers.  These included Alice Cooper, Dokken, Whitesnake, and more…and when I say insane, I mean that I was so totally blow away that I literally begged that they do it again at the next show (and apparently so did everyone else). 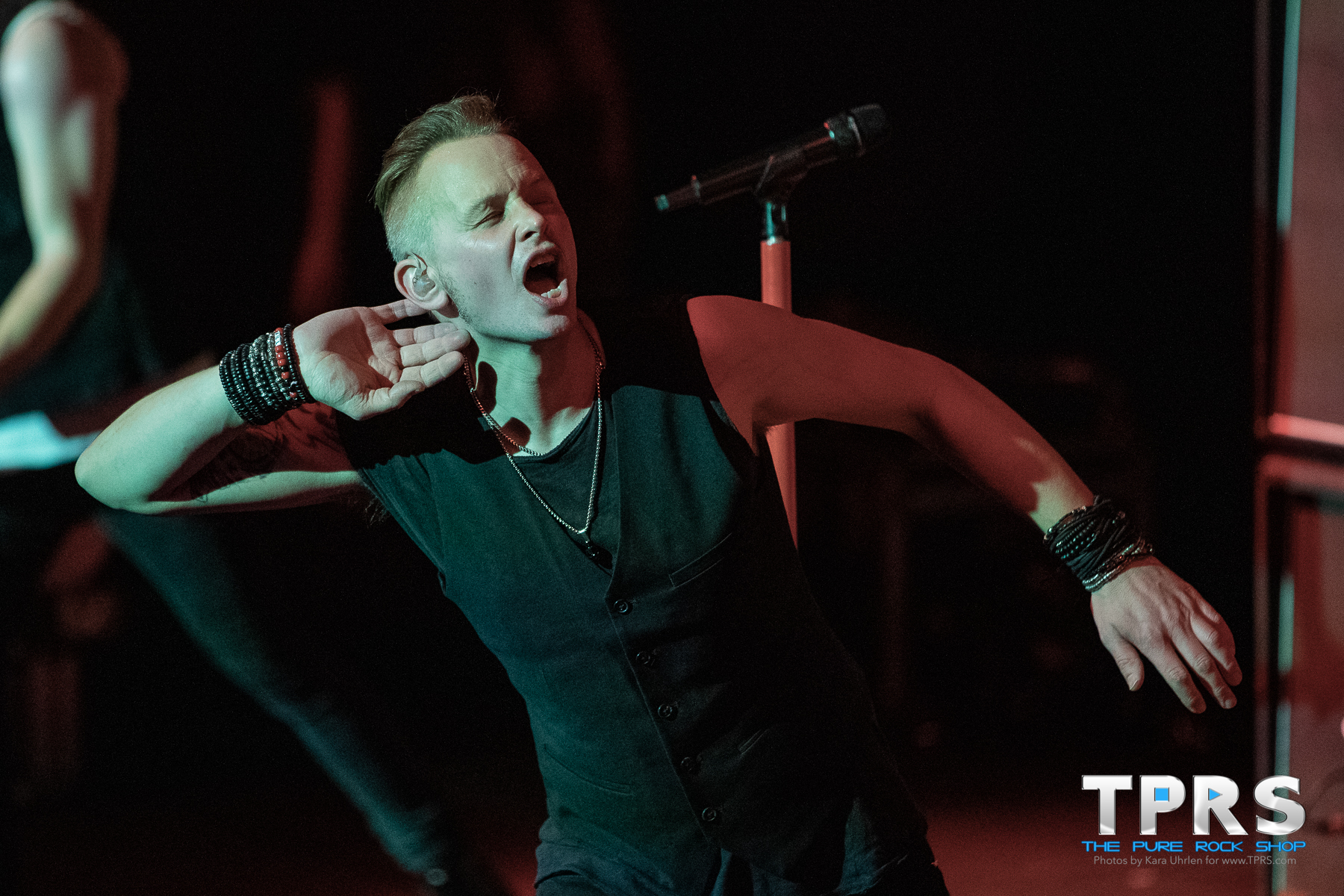 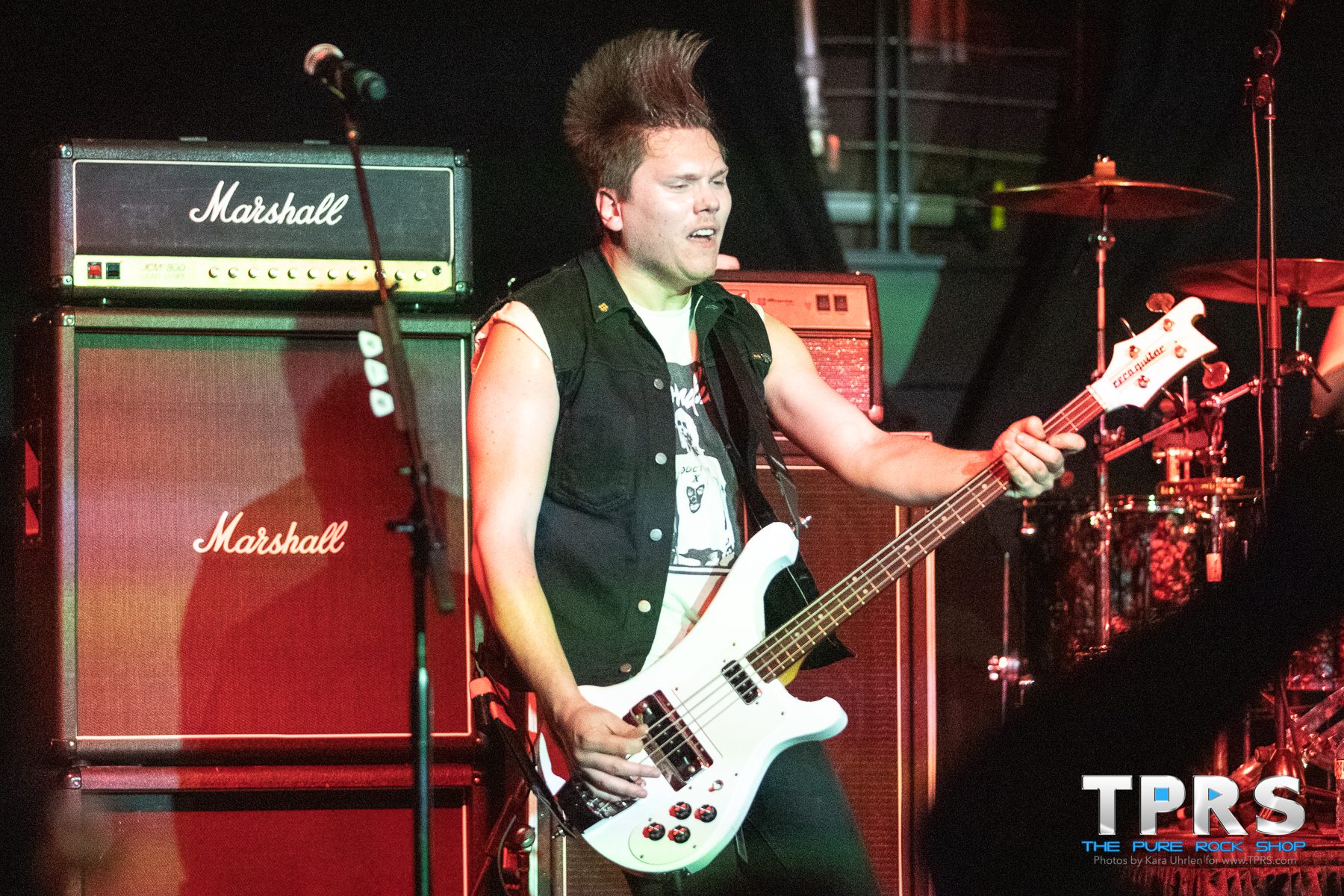 I did make time for some live videos during those two shows and again during TUFF’s set in the Star Lounge…So, I encourage you to visit our group @ThePureRockShop for some live feeds, and continue to follow here for more coverage of all three from their pool stage sets.

I did get out the big lens to capture my friends from Texas, Dangerous Toys who brought the party to the Royal Theater. Both sets by these guys were top of list not to miss, and it sure was fun there were some antics, some stories, and most definitely some hooks. My personal favorites included “Take Me Drunk,” and “10 Boots (Stompin’), but the song that really made an impact was “Scared” given that Alice Cooper was on the boat.

Of course the rock riffs from Scott Dalhover and Paul Lidel were on target and innuendo from frontman Jason McMaster was abundant with cuts like “Sportin’ a Woody” and everyone’s favorite “Teas’n Pleas’n.”  “I think I got the wrong”….cabin! 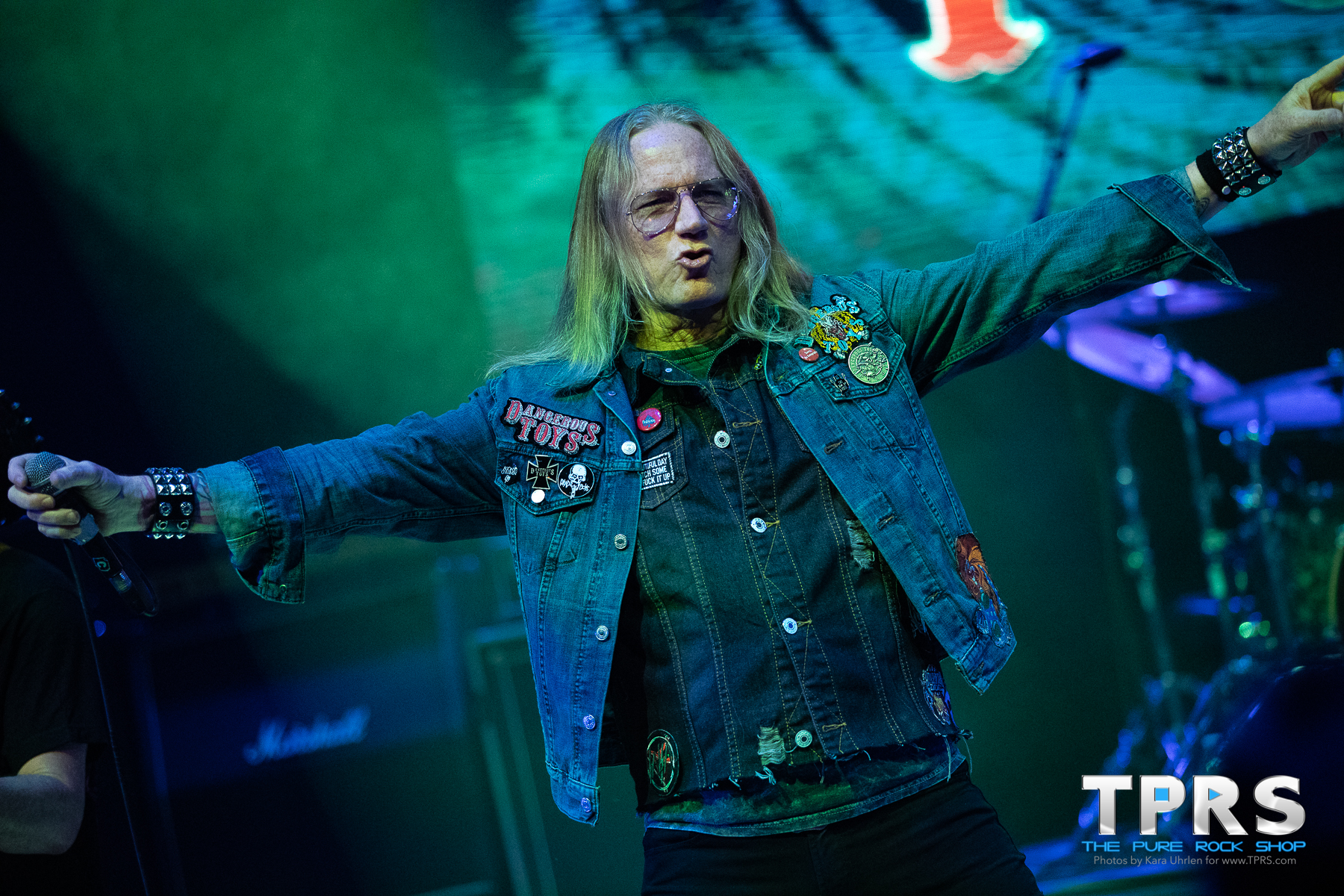 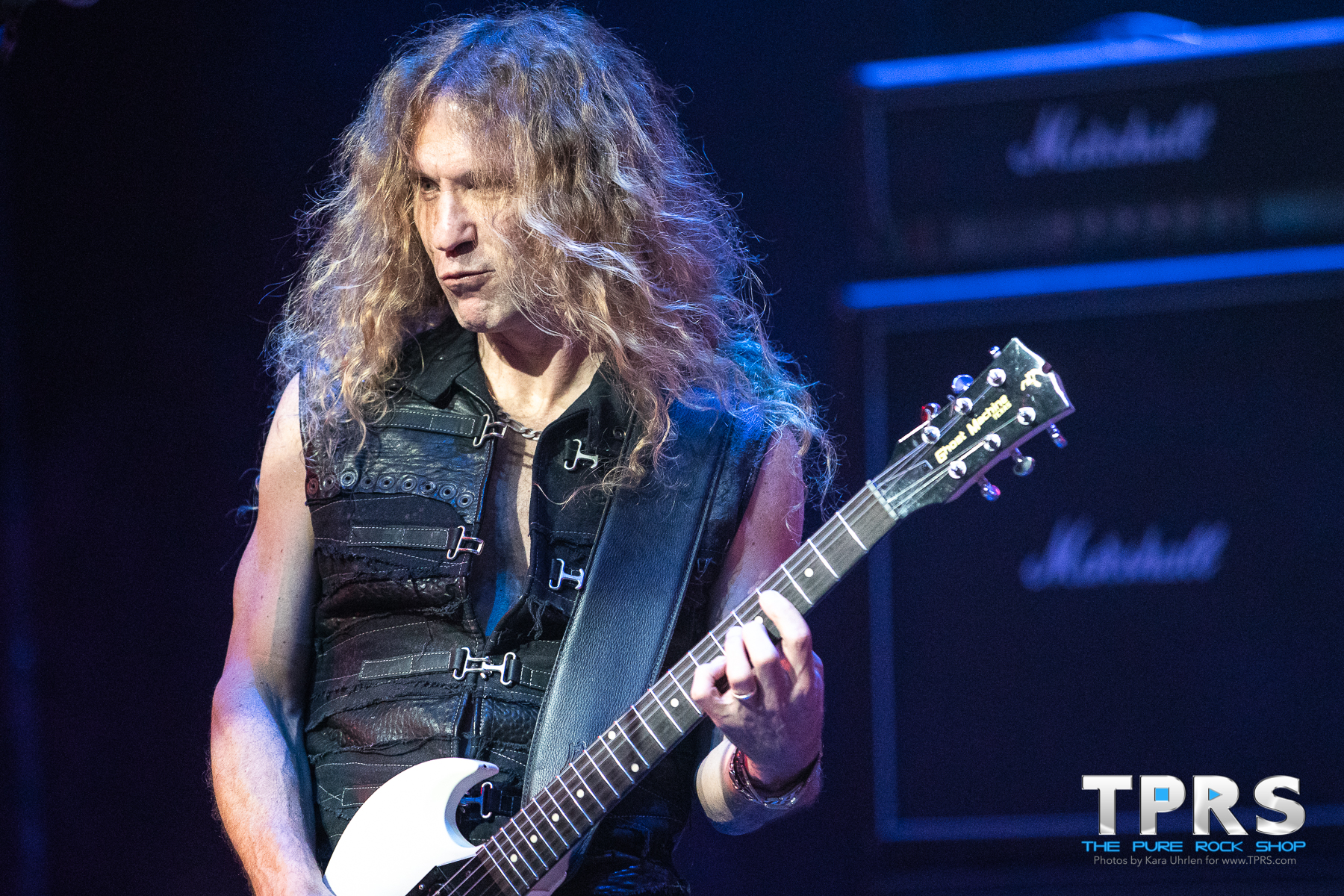 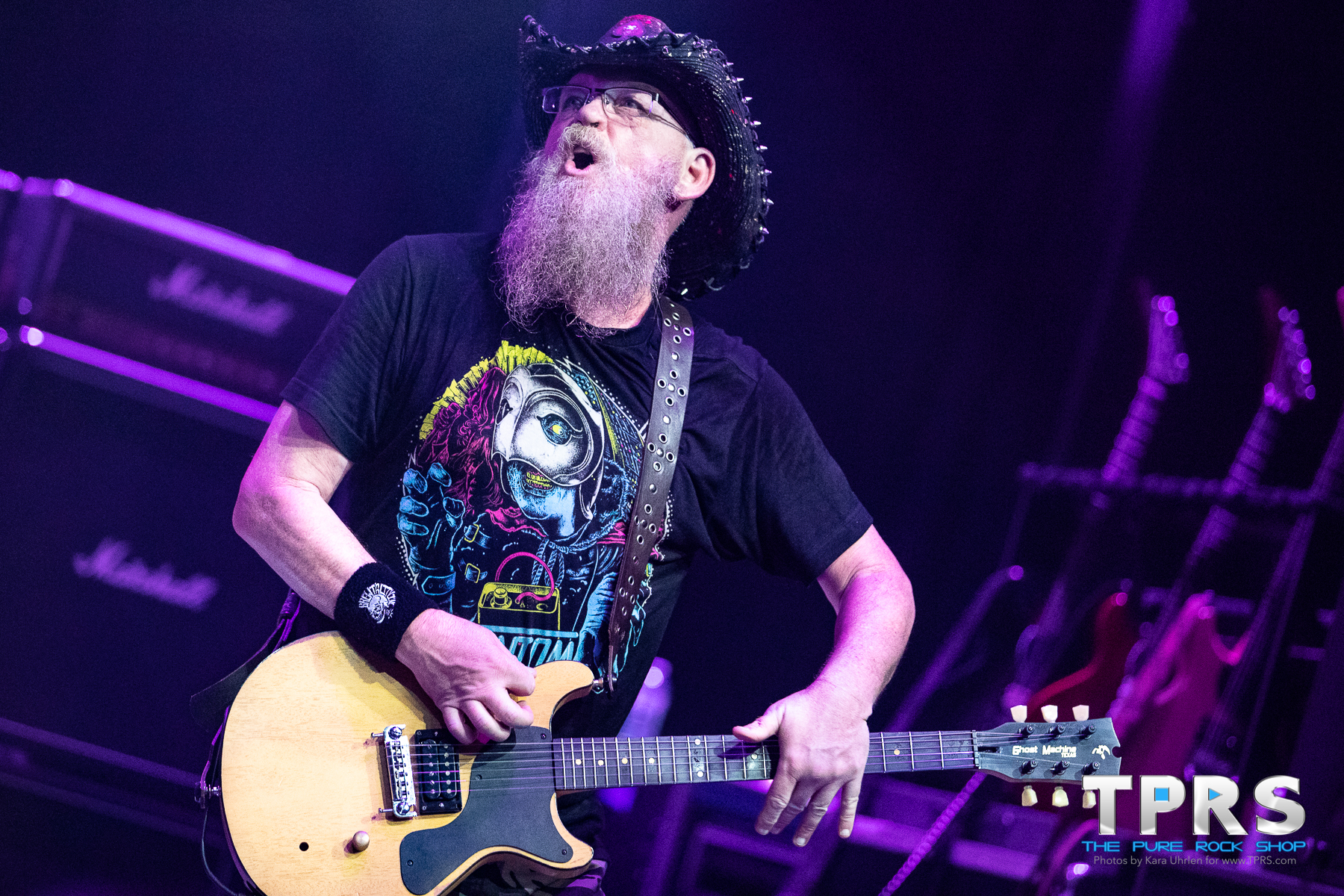 I guess the day caught up to Tokyo Motor Fist frontman Ted Poley as well. He was fronting two bands this cruise and enjoying some downtime early on in this supergroup’s set, but trust me, he quickly got his second wind in no time.

This time Ted was joined by Steve Brown (Trixter, Def Leppard, Danger Danger, Wizards of Winter), Greg Smith (Tyketto, Wizards of Winter, Ted Nugent and about a dozen others), Chris McCoy (Ted Poley Band), and Jordan Cannata (Adrenaline Mob). And, unlike his first solo show which focused on Danger Danger favorites, this band introduced their own cuts from their self-titled and Lions albums like “Shameless,” “Decadence on 10th Street” and “Monster in Me,” as well as a variety of hits.  With Steve fronting the band on the Trixter favorite “One in a Million and Greg taking the helm for Ted Nugent’s “Just What the Doctor Ordered,” it was definitely a party! 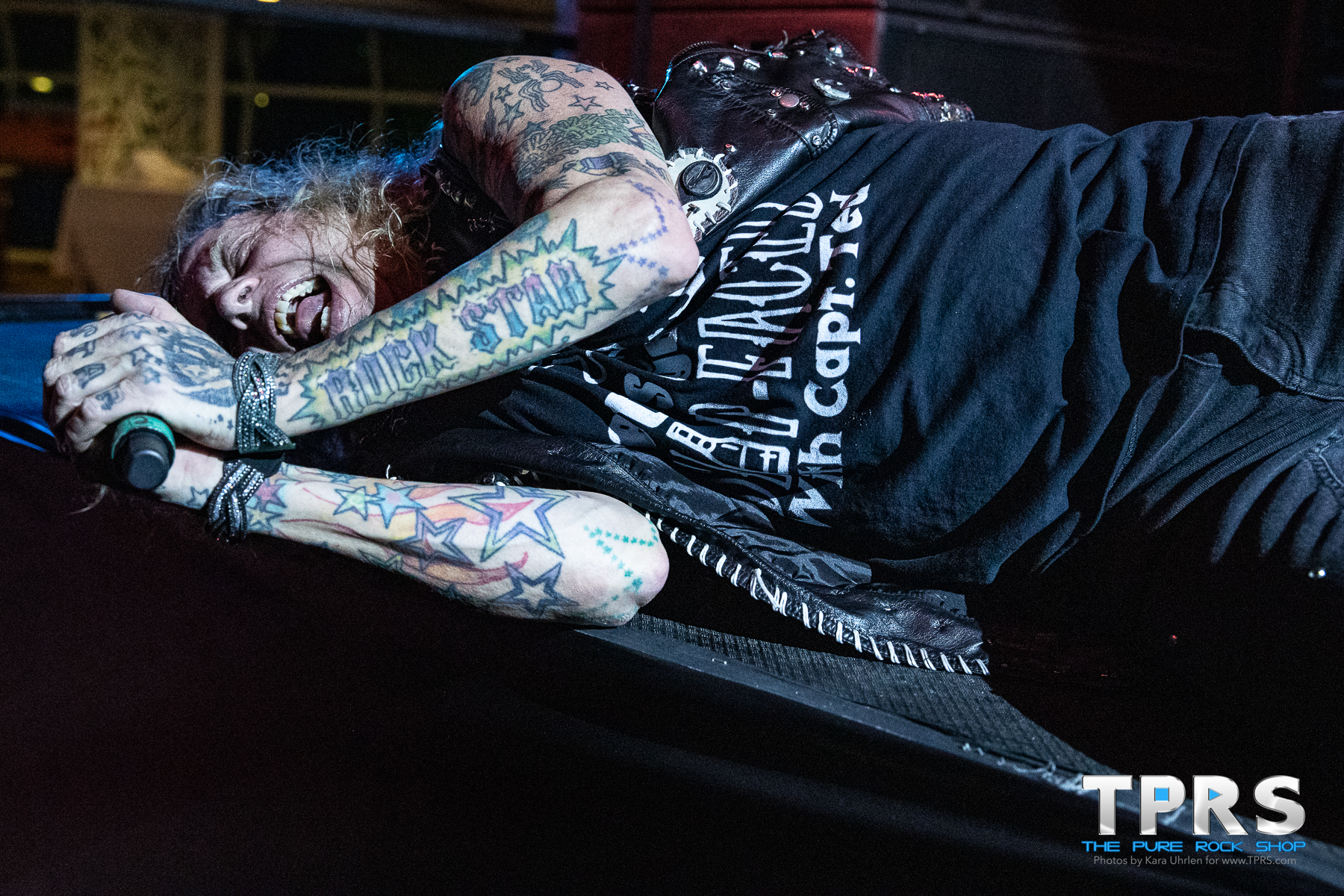 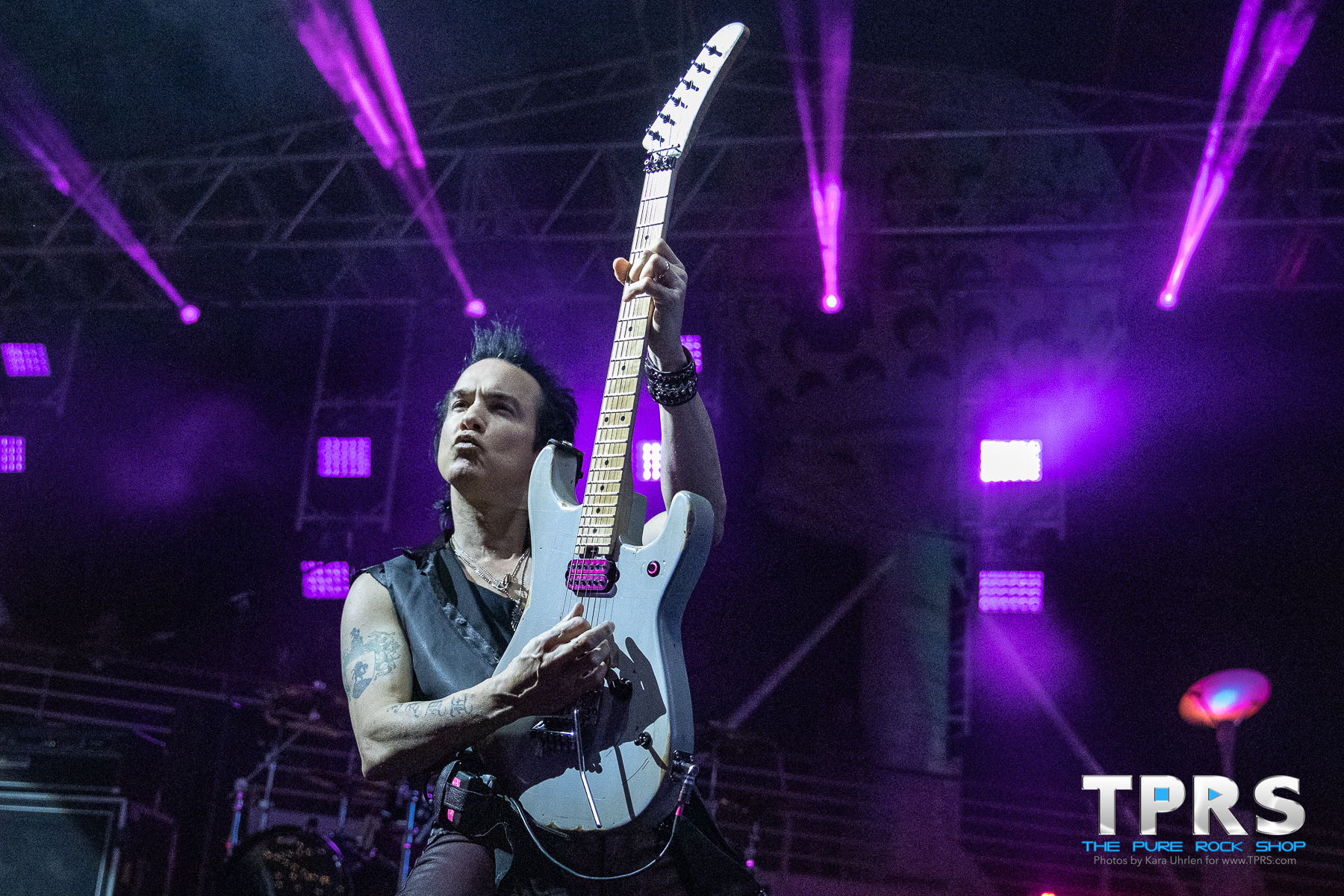 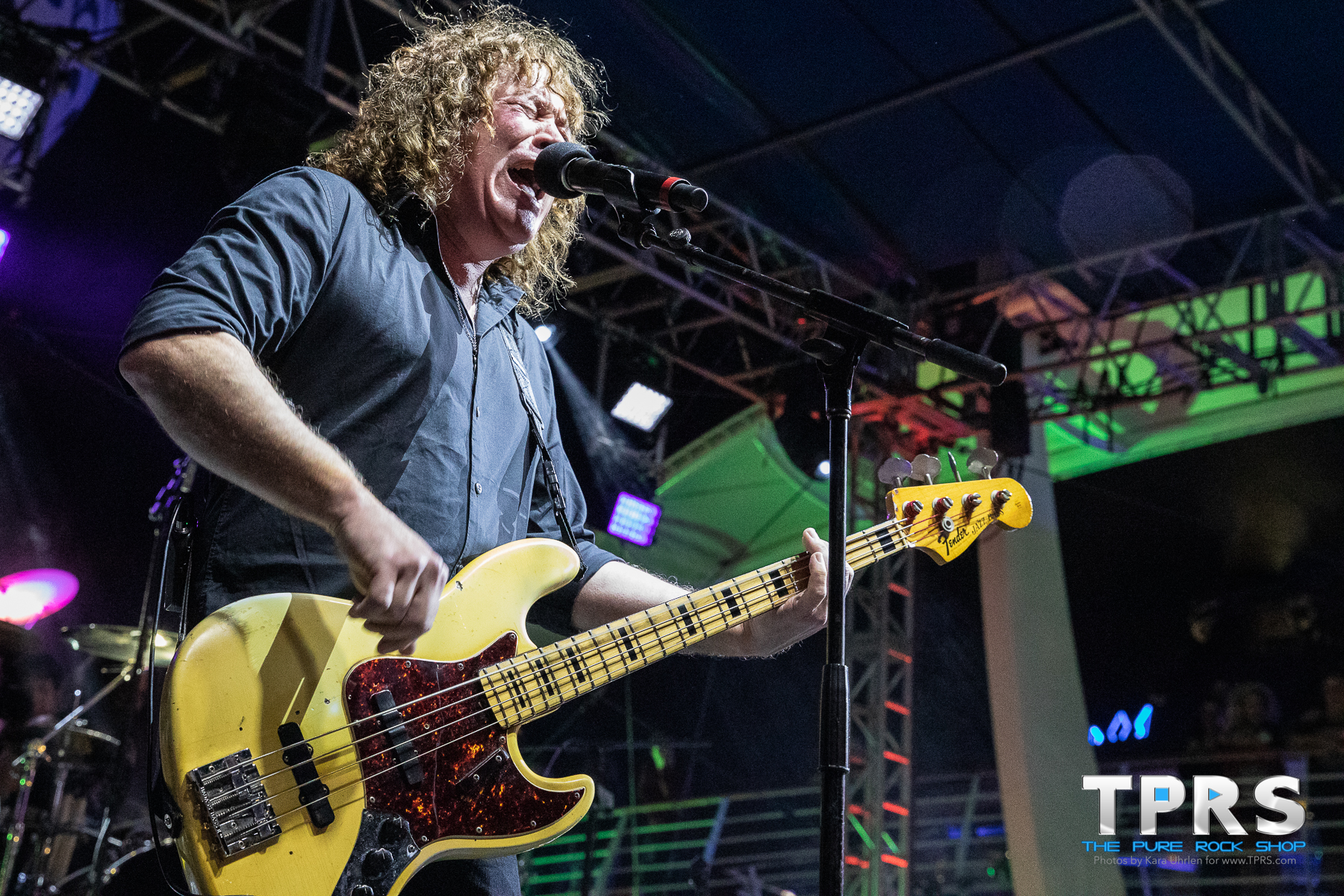 Next in the Royal Theater, were The Killer Dwarfs from Canada. Their set included favorites like “Driftin’ Back” and featured a special appearance from the “fifth dwarf” hailing from Cleveland, Ohio and performing on the boat with the band TUFF, Billy Morris. Billy added an extra guitar for the duration of the set, jamming along on cuts that included “It Doesn’t Matter at All” and “Stand Tall,” and then even took a bow with the band. 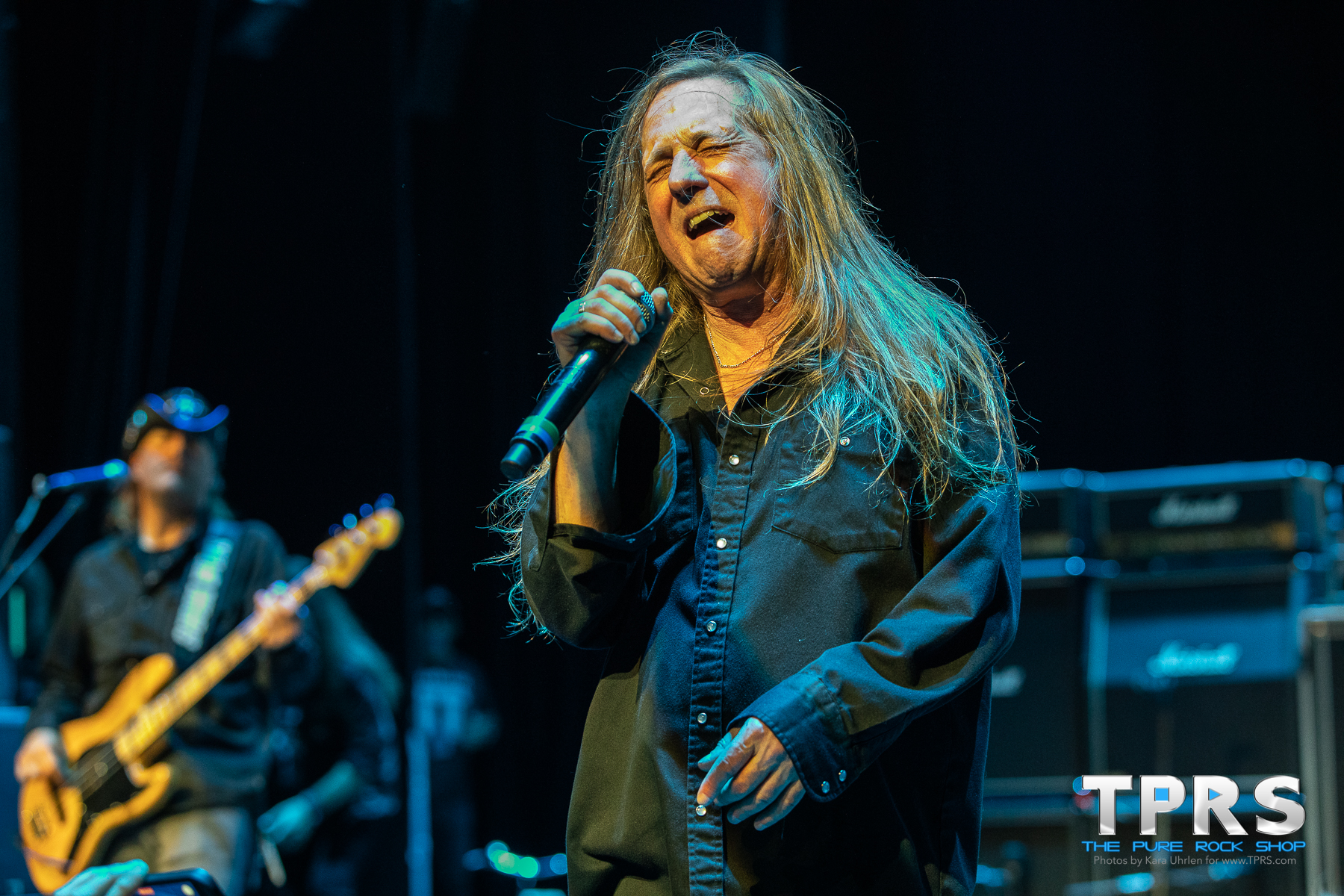 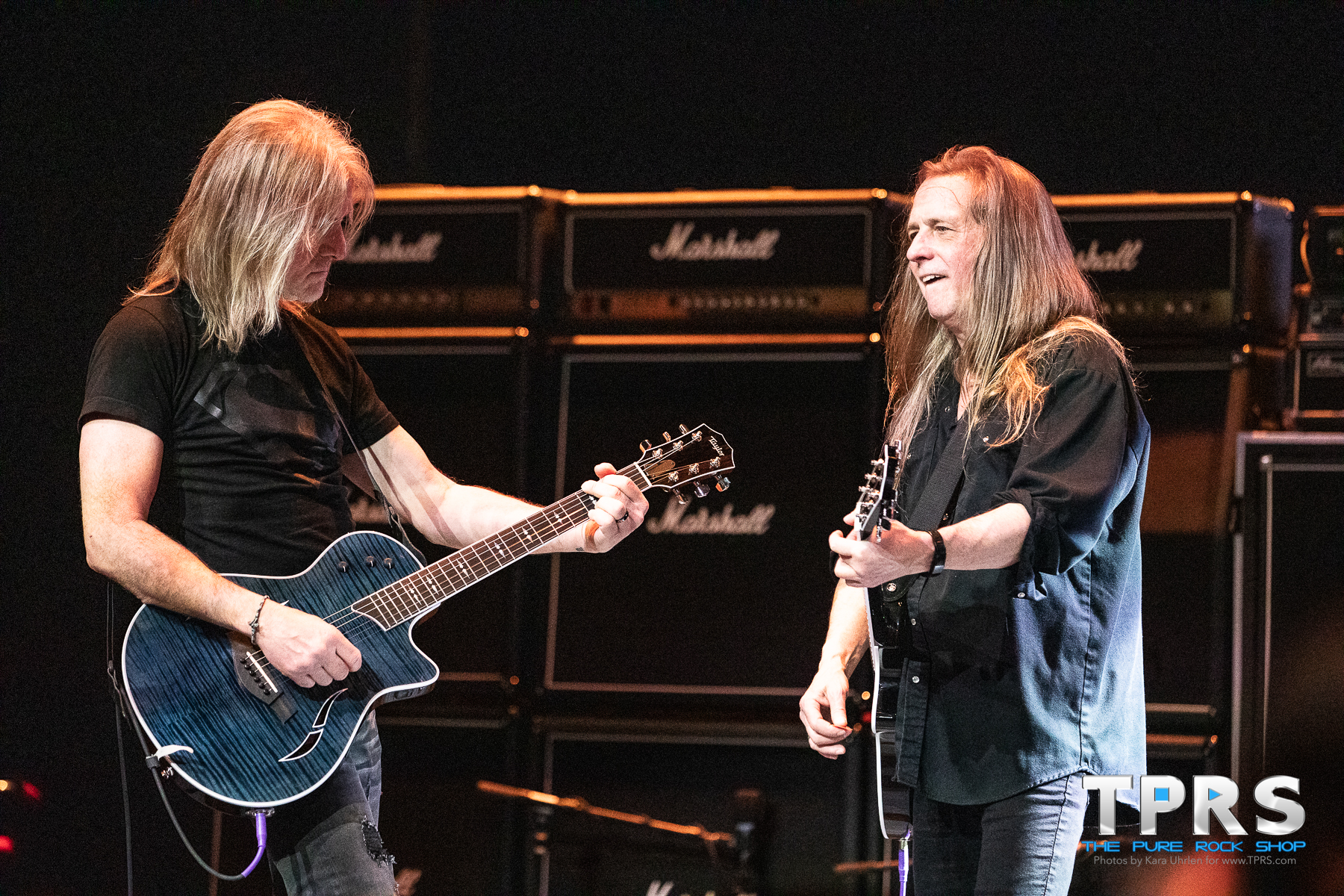 And before the night came to a close, the most eclectic set of the entire cruise was performed by the band SOTO, with frontman Jeff Scott Soto joined by Howie Simon (guitar), Tony Dickinson (bass), BJ Singer (keyboards) and Dave Dzialak (drums).

As if the boogie night medley that included “Play That Funky Music,” “Jungle Boogie,”  “(Shake, Shake, Shake) Shake Your Booty,” “Fire Water Burn,” “Kung Fu Fighting,”  “Yo Baby Yo,”  “Macho Man,” “Another One Bites the Dust,” “Ice Ice Baby,”  “Stayin’ Alive,” and  “Play That Funky Music” wasn’t enough fun, there was some sort of conga line/carnivale celebration with a Brazilian flag unfolding on the floor that actually stopped the show.

I’m pretty sure that “Jungle Boogie” was the most performed song on the boat, having been included in twp SOTO sets and two Buckcherry sets, with “Here I go Again” likely taking a close second (a given with how many “snakes” were on the boat) and that’s only because Winger opted to let John Roth wail on “Still of the Night” instead. 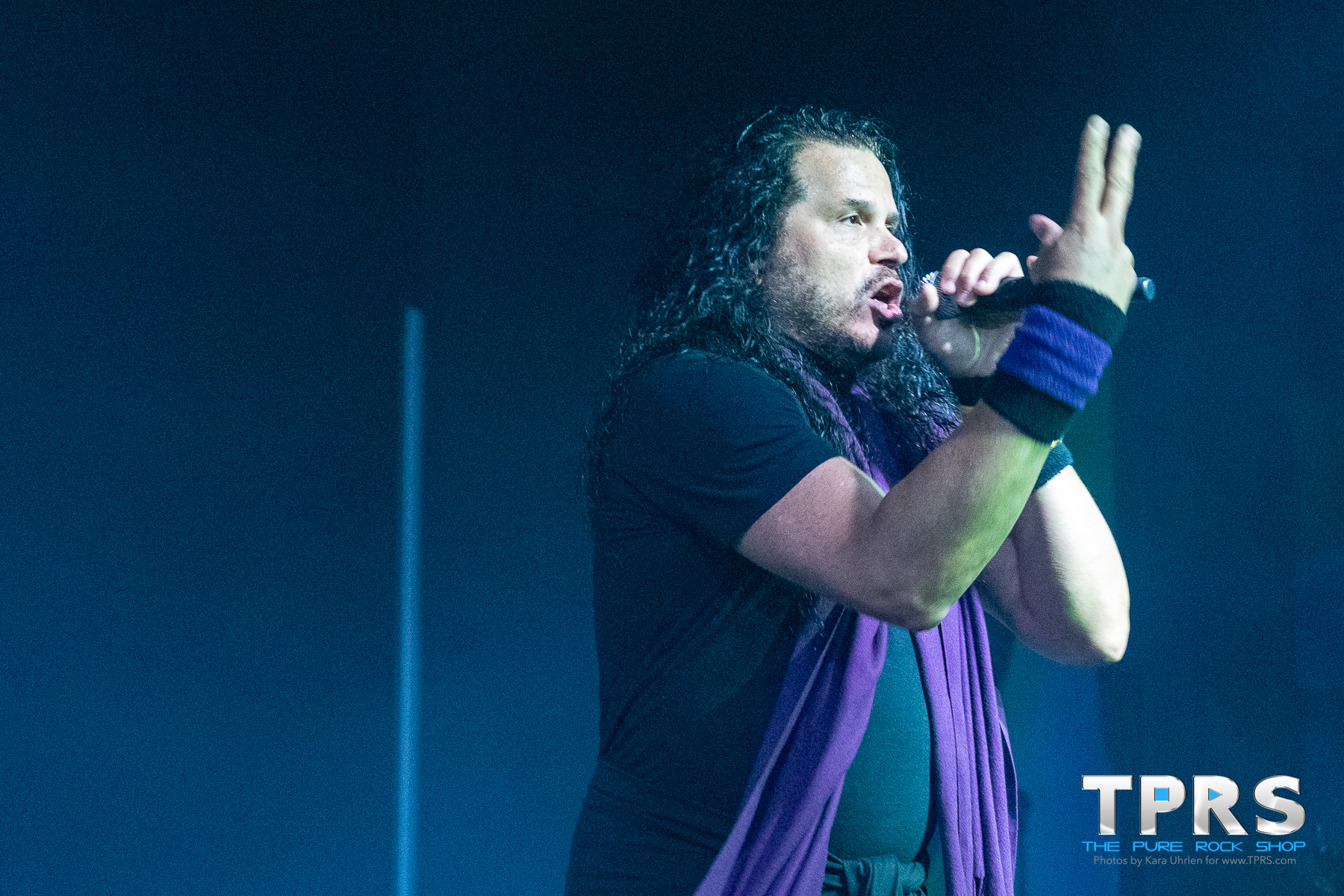 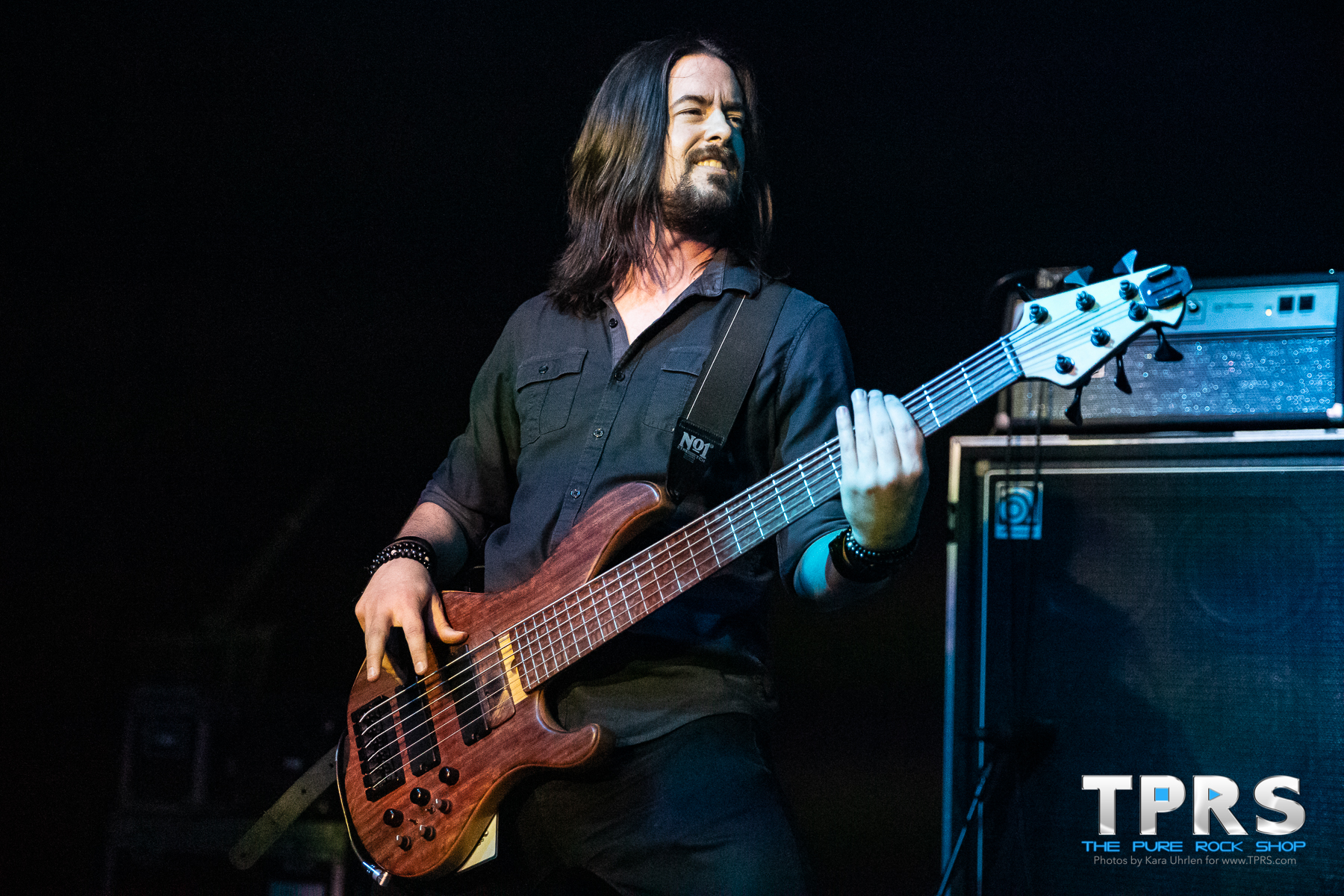 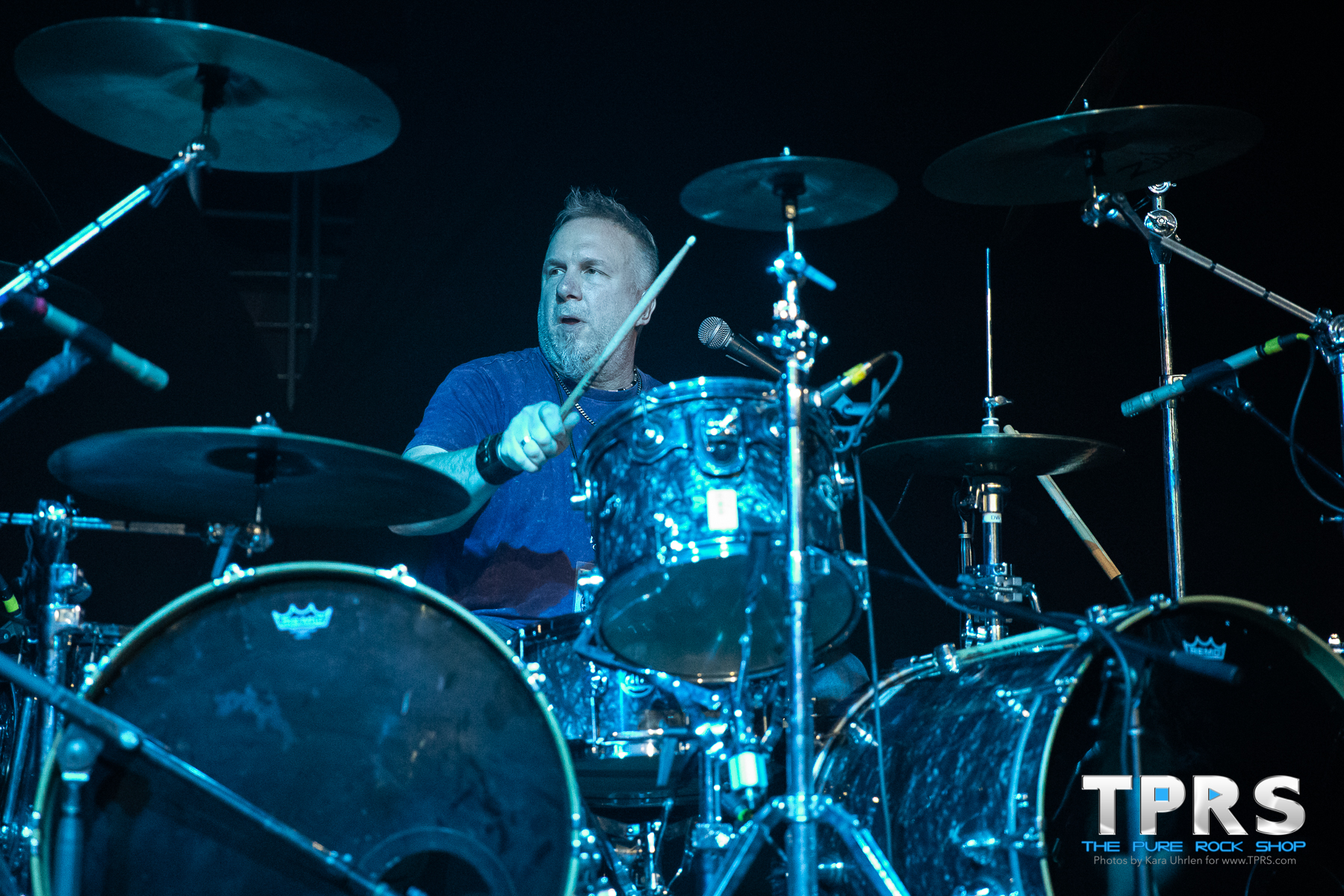 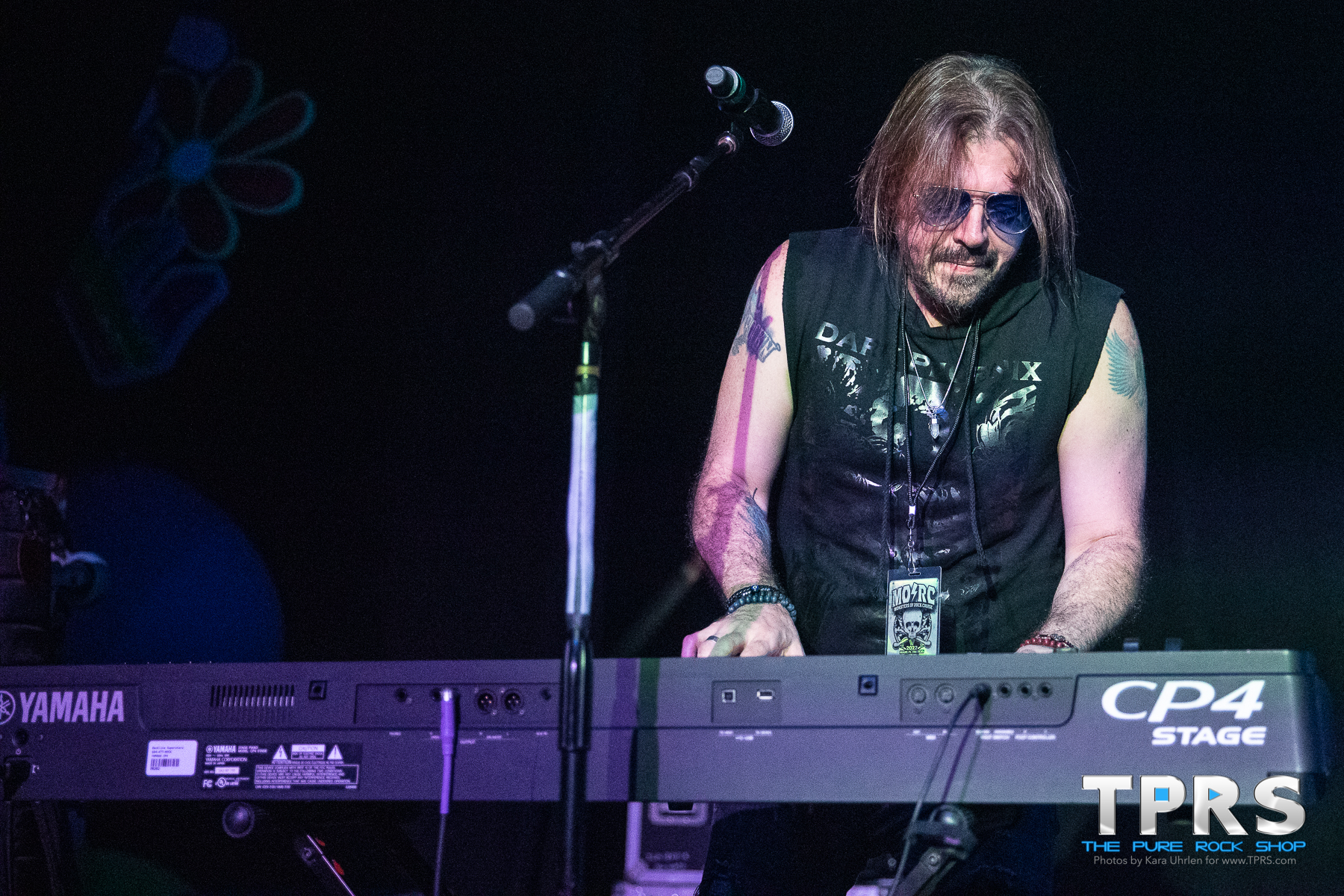 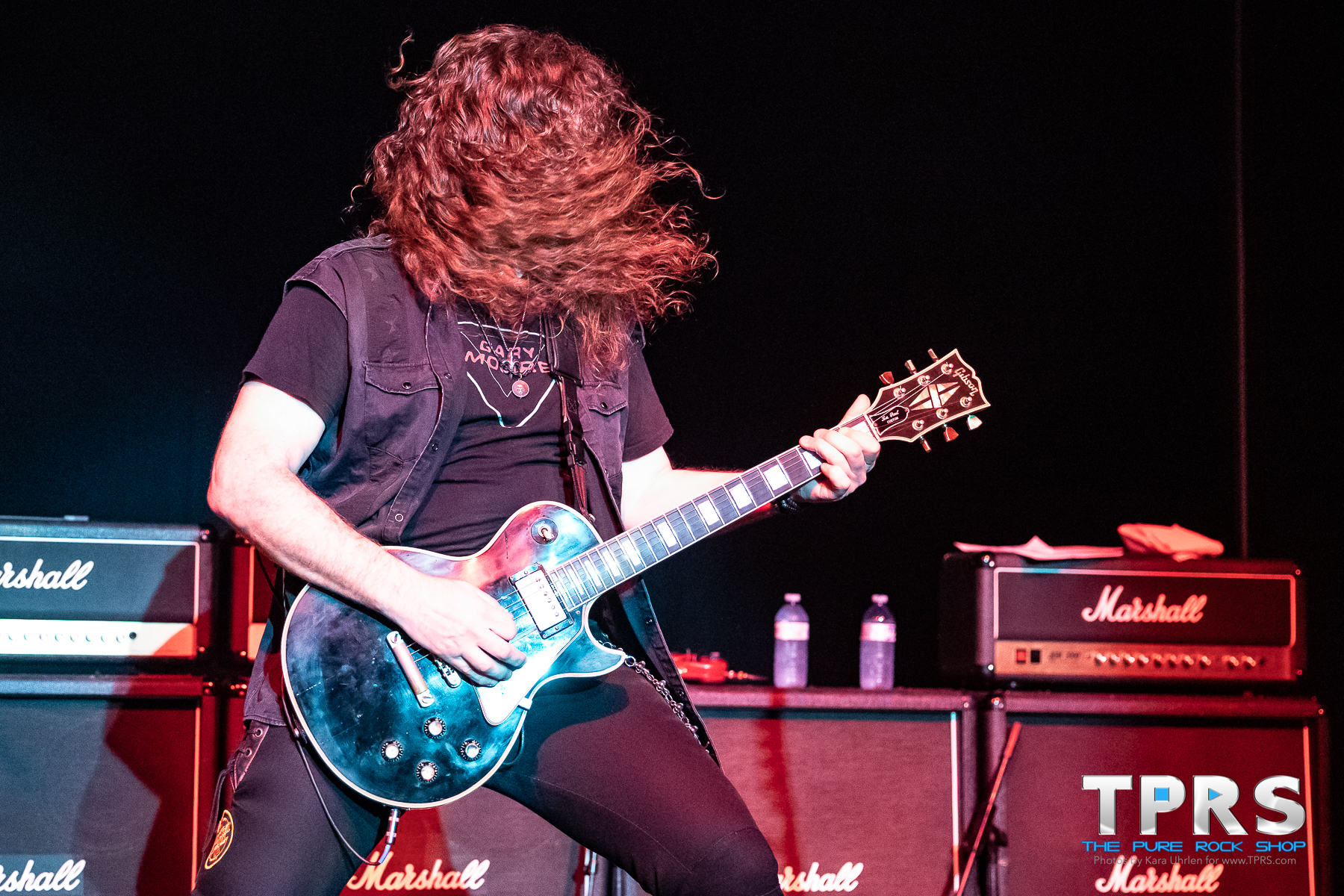 If you are just chiming in, be sure to check out our coverage from the pre-party and sail away day. Follow us @ThePureRockShop on Facebook and Instagram for more local show coverage like Firewind and Dragonforce, Firehouse, and Slaughter, as well as festival coverage including more from theMonsters of Rock Cruiseand upcomingM3 Music Festival, and interviews withAdrian Vandenberg (Vandenberg), Chip Z’ Nuff (Enuff Z’ Nuff), Roy Cathey (Cold Sweat, The Fifth), and Olli Herman (Reckless Love).