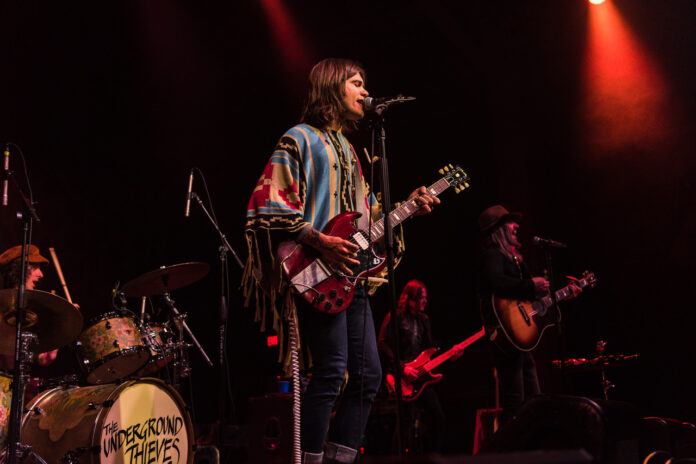 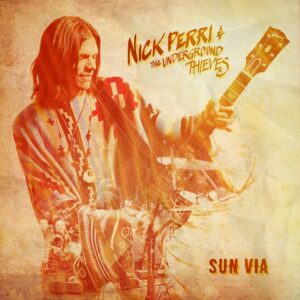 Nick Perri & The Underground Thieves, a Philadelphia-based rock band led by artist/songwriter/producer Nick Perri, caught our attention earlier this month when opening for The Struts at the Starlight Drive-in in Butler, PA, the first show we’ve had the opportunity to check out in person in many months.

The band just released an accompanying music video to their first single “Feeling Good” earlier this month. The song which has been climbing the rock radio charts all month, is an upbeat, fuzz-guitar-driven summer anthem with a message very important to the band.

“Back when I wrote ‘Feeling Good,’ I wanted to sing about being grateful for what you have and not relying on material goods for happiness,” said Perri, who—embracing his roots—delivers a hook-filled chorus and minute-long guitar solo in the track. “In light of this current year, however, I believe the song can take on further meaning and purpose. At the end of the day, I hope ‘Feeling Good’ can inspire and uplift listeners. I think spreading positivity, especially during a time like this, is important.”

Recorded and produced by Perri, SUN VIA is comprised of 10 original songs—a cohesive mix of rock-, alternative-, Americana-, and psychedelia-infused tracks. The album is available now on Vinyl, CD, and digital.

Perri began his career at 16, leaving high school and “joining the circus” when his band Silvertide was signed.  He went on to perform with artists like drummer Matt Sorum (Guns n’ Roses, The Cult) before releasing this debut solo album.  Listen in to our interview with Nick here to learn more about the band, his influences, and how to follow the band:

Nick Perri & The Underground Thieves consists of Perri on lead vocals and guitar, singers/songwriters Anthony and Michael Montesano, bassist Brian Weaver, keyboardist Justin DiFebbo, and drummer Zil Fessler, all of whom originate from Philadelphia, Pennsylvania. As mentioned during our interview, Perri’s band will be performing as a trio in direct support for Blackberry Smoke’s four upcoming Drive-In Concerts: 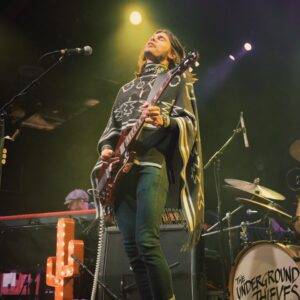