Legendary New Jersey thrashers, OVERKILL, have recently announced their upcoming eighteenth album, “The Grinding Wheel”, which will be released on February 10th, 2017 via Nuclear Blast. Today, the band have finally revealed the first track-by-track trailer! So if you want to know everything about “Mean Green Killing Machine”, “Trouble”, “Our Finest Hour” and “Shine On”, don”t miss to watch this new video below:

“The Grinding Wheel” was produced by the band and mixed by Andy Sneap (MEGADETH, ACCEPT, EXODUS). The artwork was created again by Travis Smith (NEVERMORE, OPETH, SOILWORK, DEATH…). 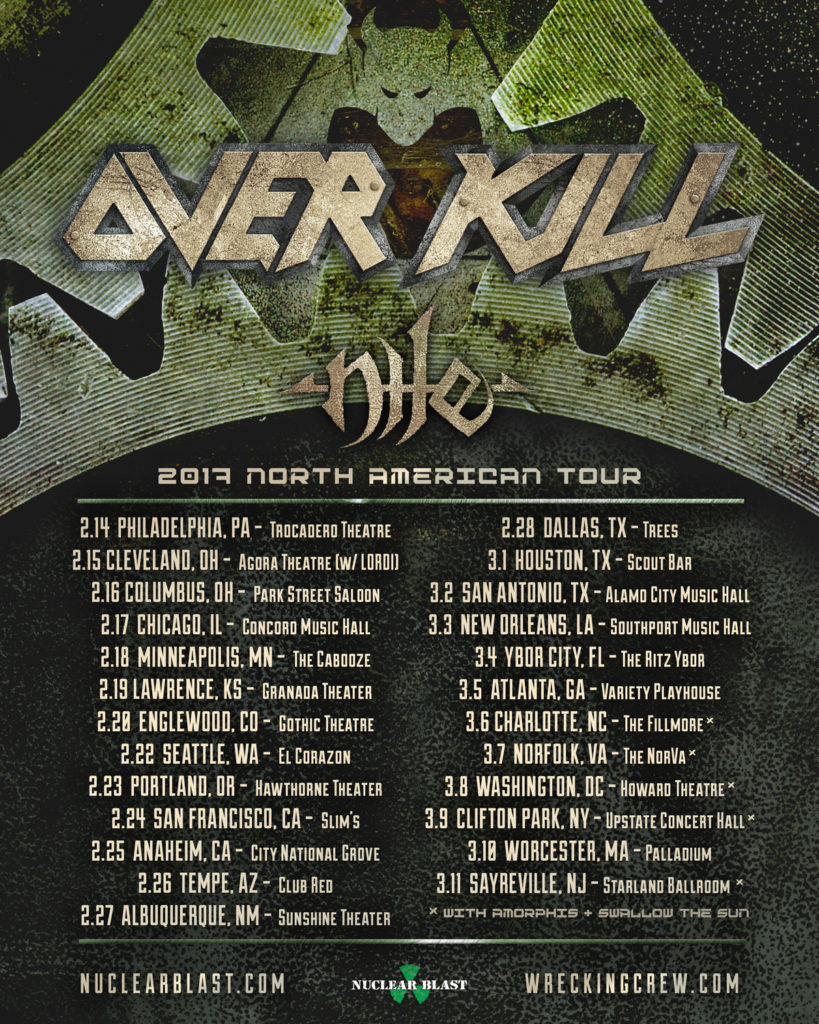