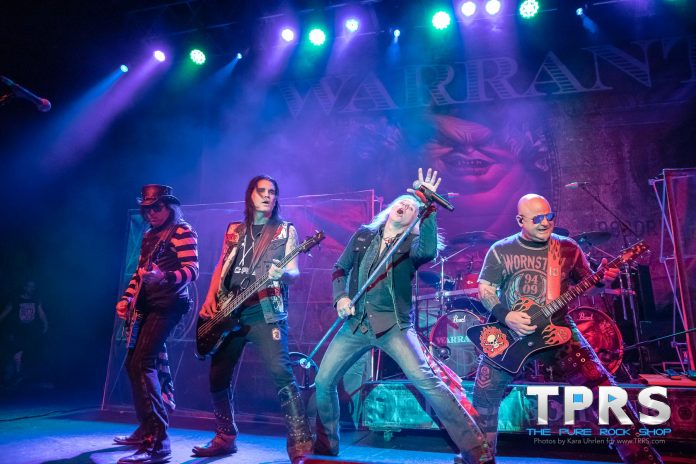 With Warrant headlining day two of Rocklanta, Brad Lee lined-up nine great bands with Denman kicking things off at 1pm.  While these guys were hard to miss hanging out at the venue throughout the weekend, having been up for nearly 24 hours the day prior, sleep took precedence over Denman’s opening set.  Feedback on all of the “newer” acts including Denman was beyond positive and I was truly sad not to have caught them.

I have since checked them out and encourage you to do the same…with an energetic mix of rock and metal, the band was formed in 2016 by brothers Ben and Dakota Denman and Ted Karol. They have an album out now entitled Raw Deal that was produced by the legendary Michael Wagener.

Next up was another band of brothers hailing from Nashville, The Eastside Gamblers. Featuring frontman Tony Higbee who’s best know as the lead guitarist in the Tom Keifer Band and brother Cody Higbee on bass, along with guitarist Josh Dutoit and drummer Chris Brewer.

Making a name for themselves as Kiss Kruise alumni and jamming with the likes of Lzzy Hale and Tom Kiefer, The Eastside Gamblers offer up straight ahead rock ‘n roll, and did not disappoint.  They have been around nearly a decade and already have a few albums already under their belts, which were quickly snatched up by fans looking for autographs at the merch booth after their set. 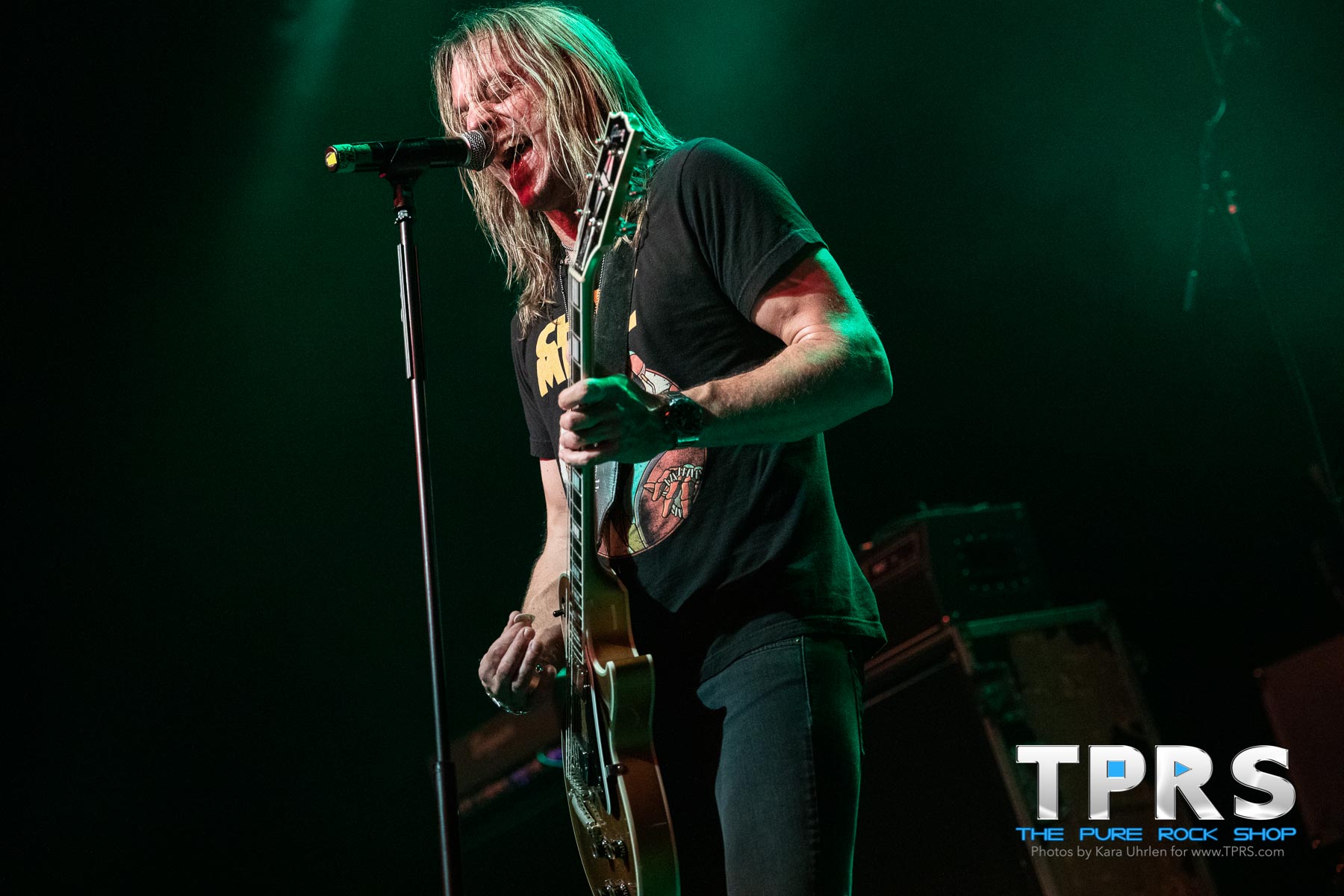 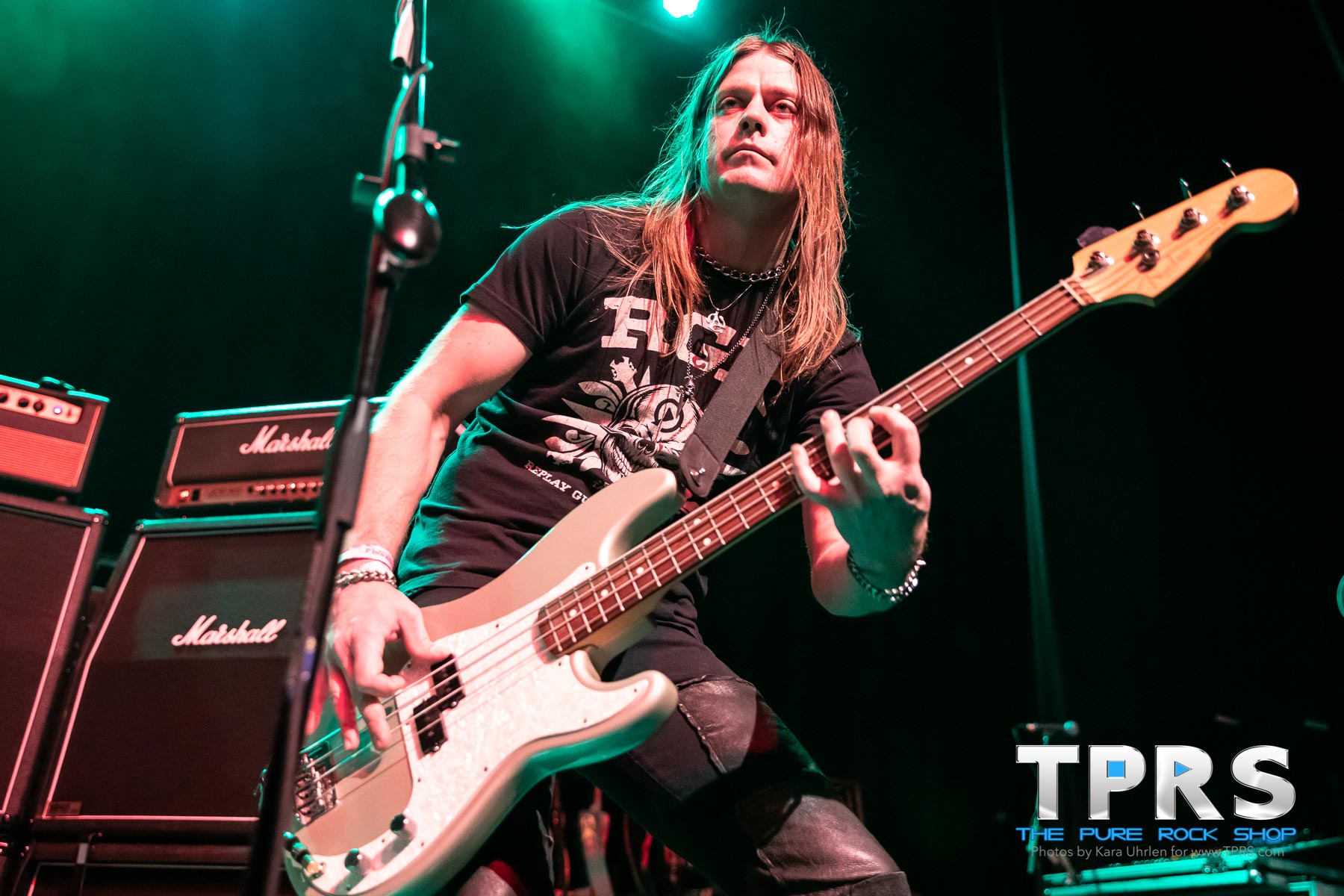 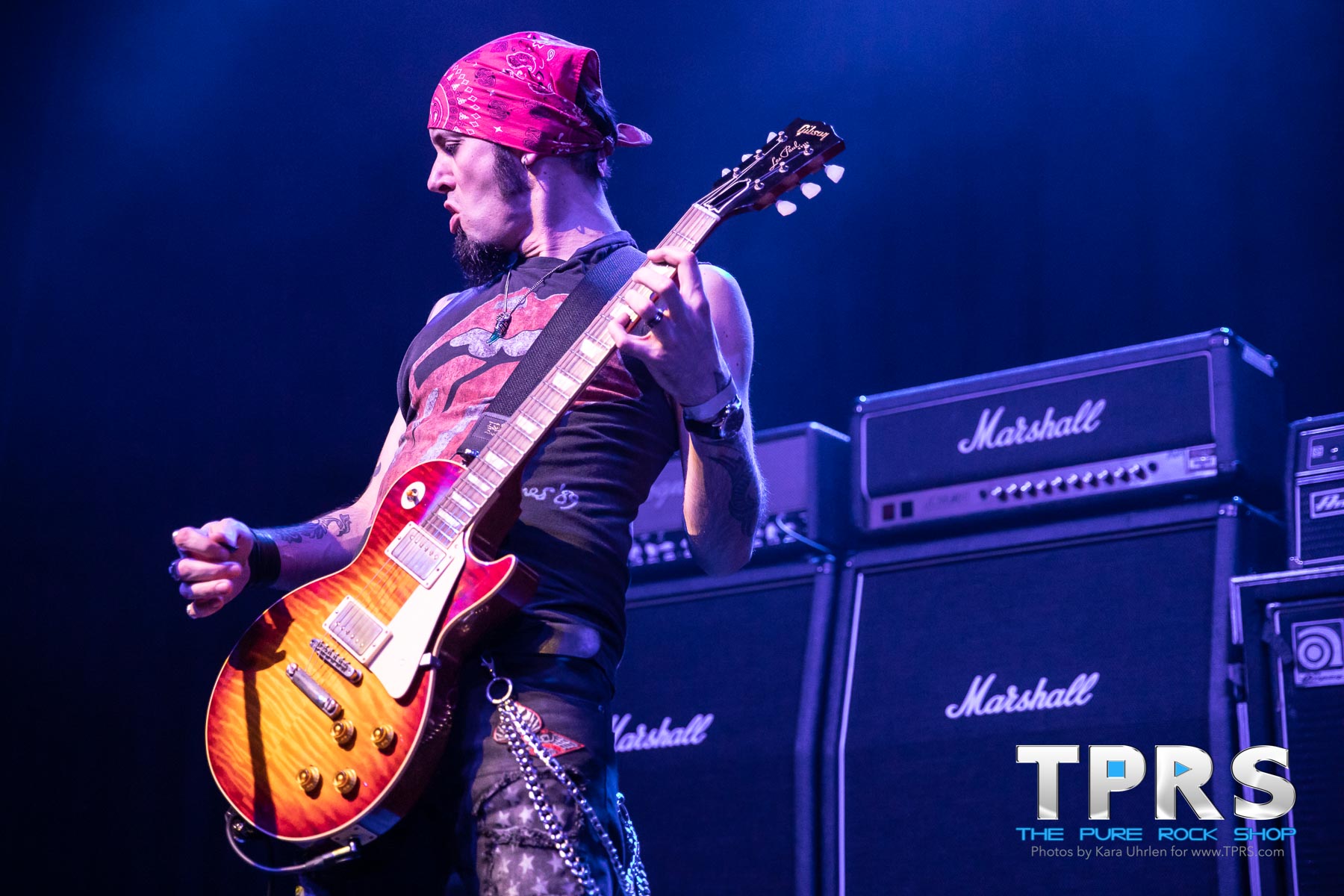 Next up were Roxy Blue and Tora Tora, both hailing from Memphis, and interestingly, two southern bands that I’d never had a chance to check out back in their early days living up north in Pennsylvania. This festival offered me up my first opportunity to finally check out Roxy Blue, having seen Tora Tora recently aboard the Monsters of Rock Cruise…

Formed in 1989, that first red, white and blue Roxy Blue album, Want Some?, still quickly comes to mind along with favorites like “Rob the Cradle,” and “Love’s Got a Hold On Me,” which were certainly included in the bands quick, but high-energy, set.

Having gotten their start with a little help from Warrant’s Jani Lane, vocalist Todd Poole noted how was excited to be sharing a stage with those guys at Rocklanta.  He was joined by founding members Scotty T on drums and Josh Weil on bass, along with the band’s newest addition, Jeff Caughron (EMN, Full Devil Jacket) on guitar.

Both bands can now be found on Frontiers out of Italy. In fact, Tora Tora’s Bastards of Beale was just released at the end of February, offering up new additions to their set like “Rose of Jericho” and “Son of a Prodigal Son” to compliment classics like “Love’s a Bitch,” “Phantom Rider,” and of course “Walkin’ Shoes.” 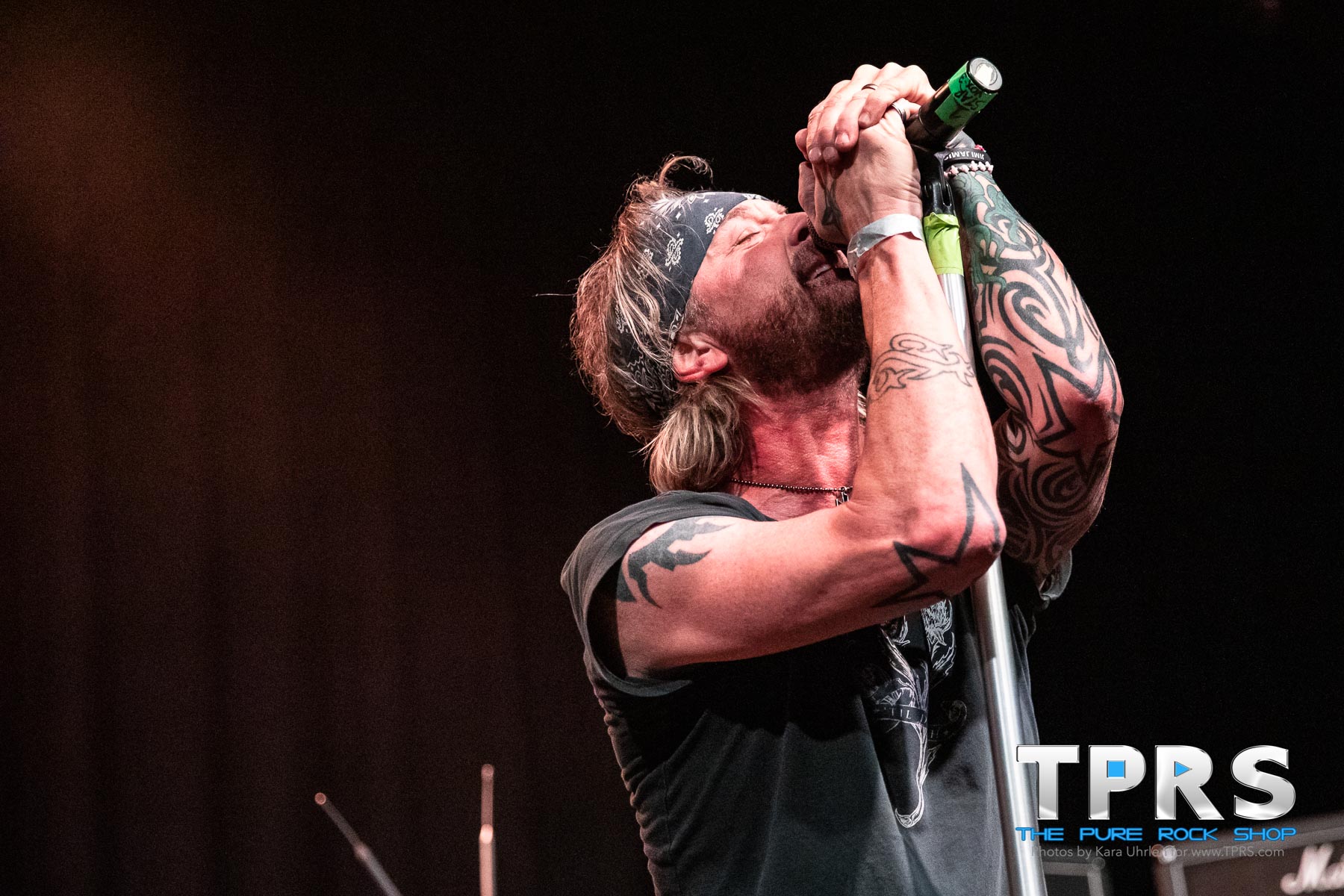 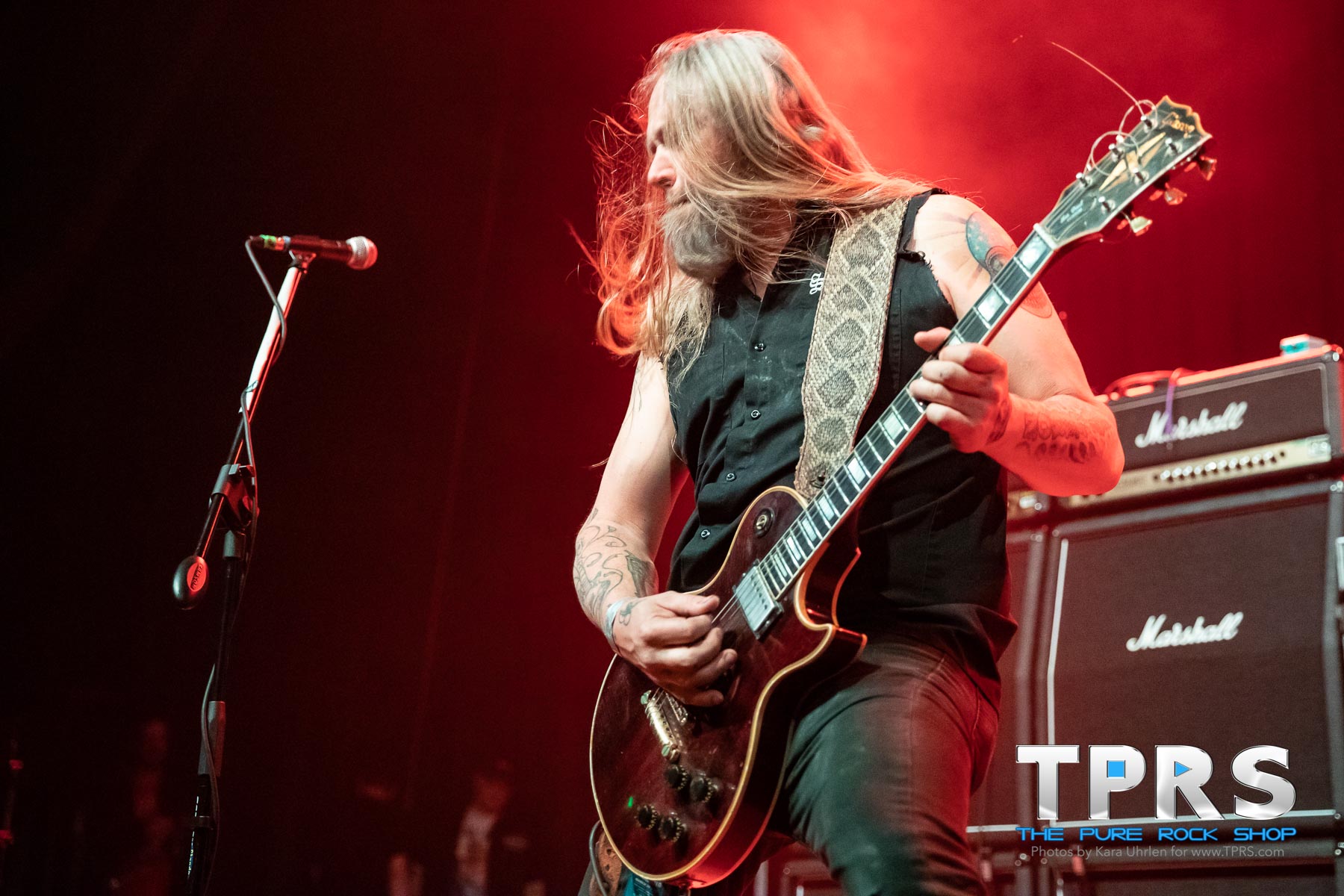 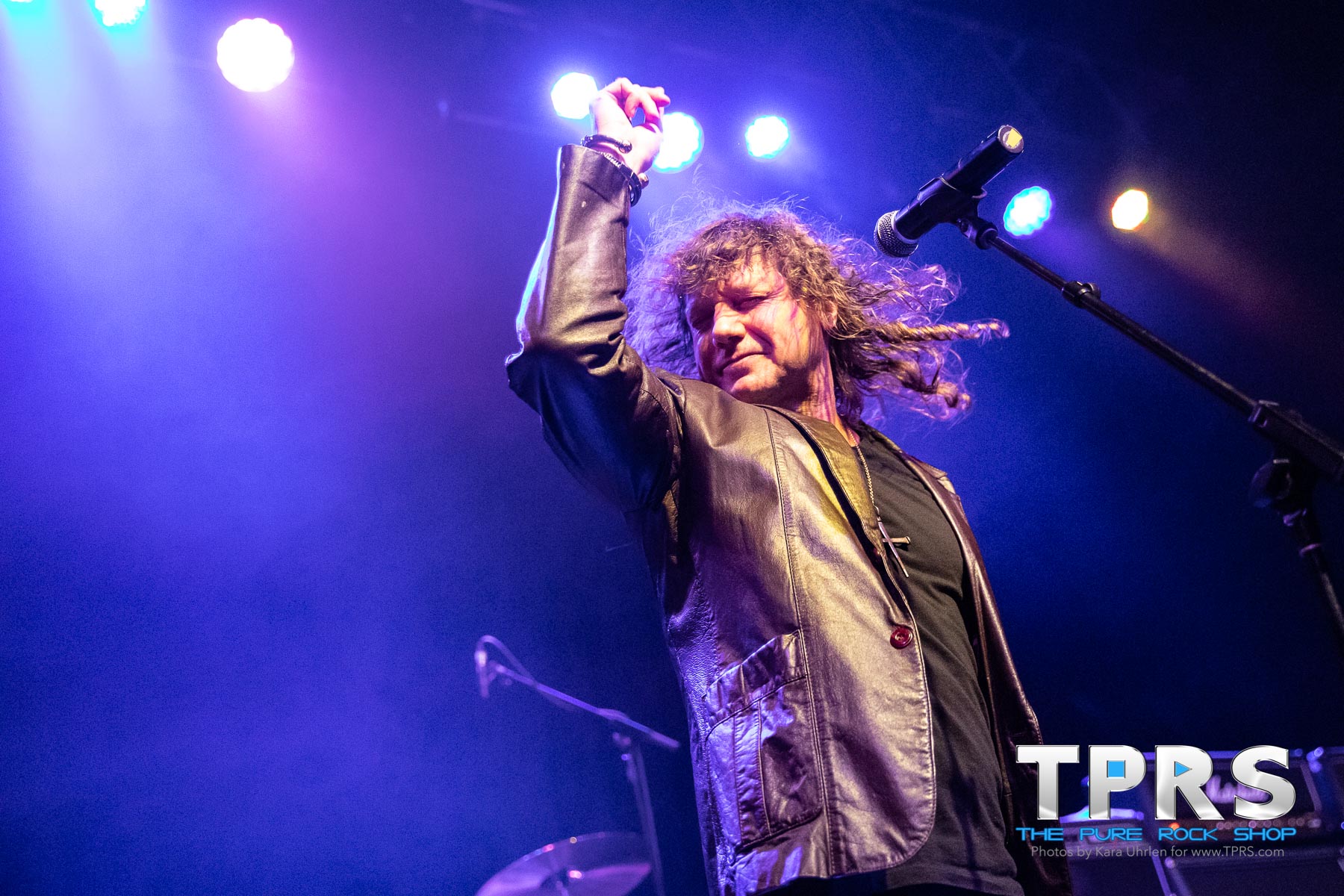 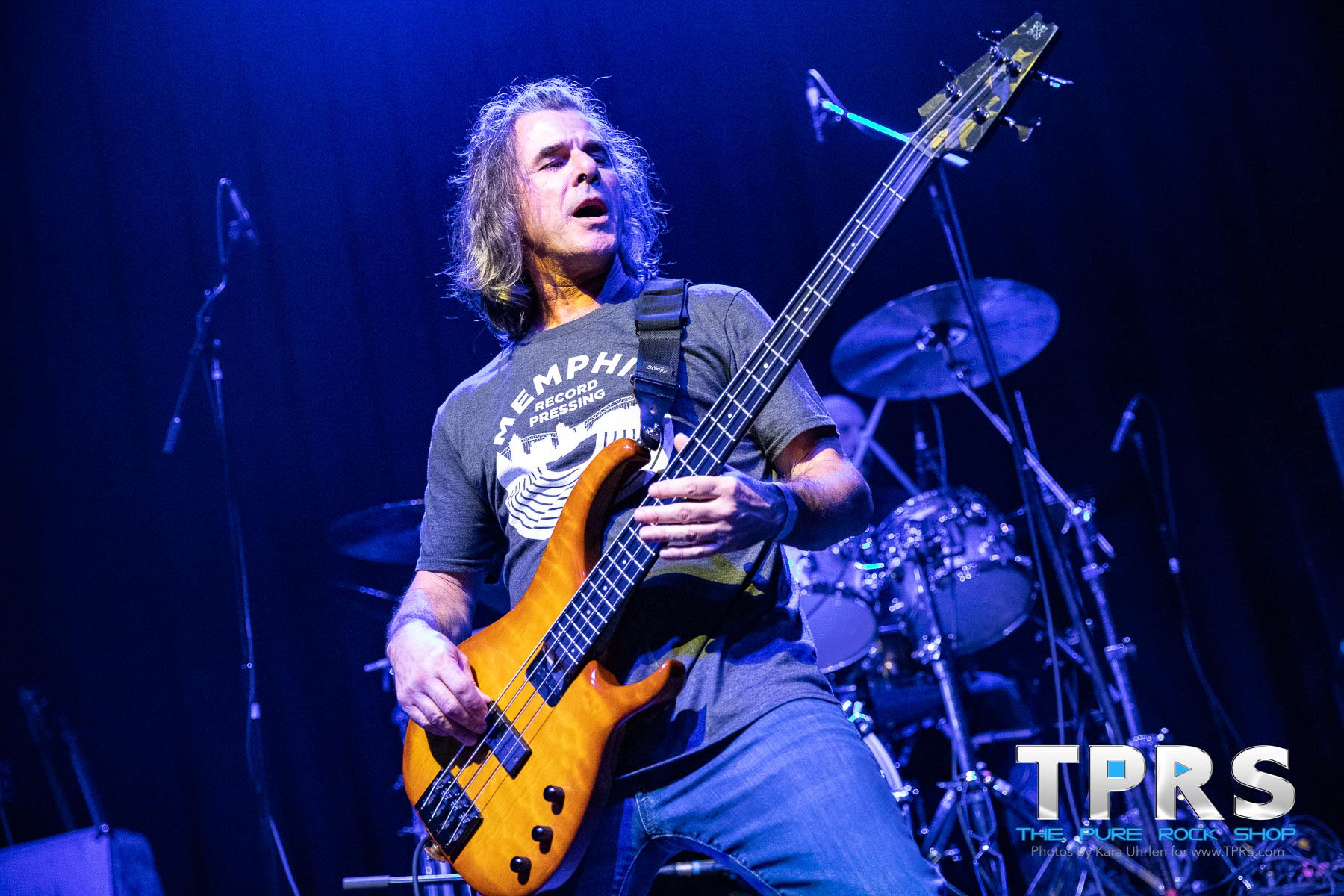 Lillian Axe, fronted by Brian Jones and featuring original members Steve Blaze on guitar and Mike Maxx on bass, was one of the highlights of the evening without question.  Like many I was first introduced to the band when Poetic Justice came out in the early nineties with their video hit “True Believer,” but Lillian Axe’s album Love and War soon became a personal favorite.

Would really love to hear their cover of Girl’s “My Number” in the live set, because it is one of those cases where the cover is actually better than the original (featuring Phil Collen of Def Leppard and Philip Lewis of L.A. Guns), but happy to report that  both “Ghost of Winter,” and “Show a Little Love” made the cut. 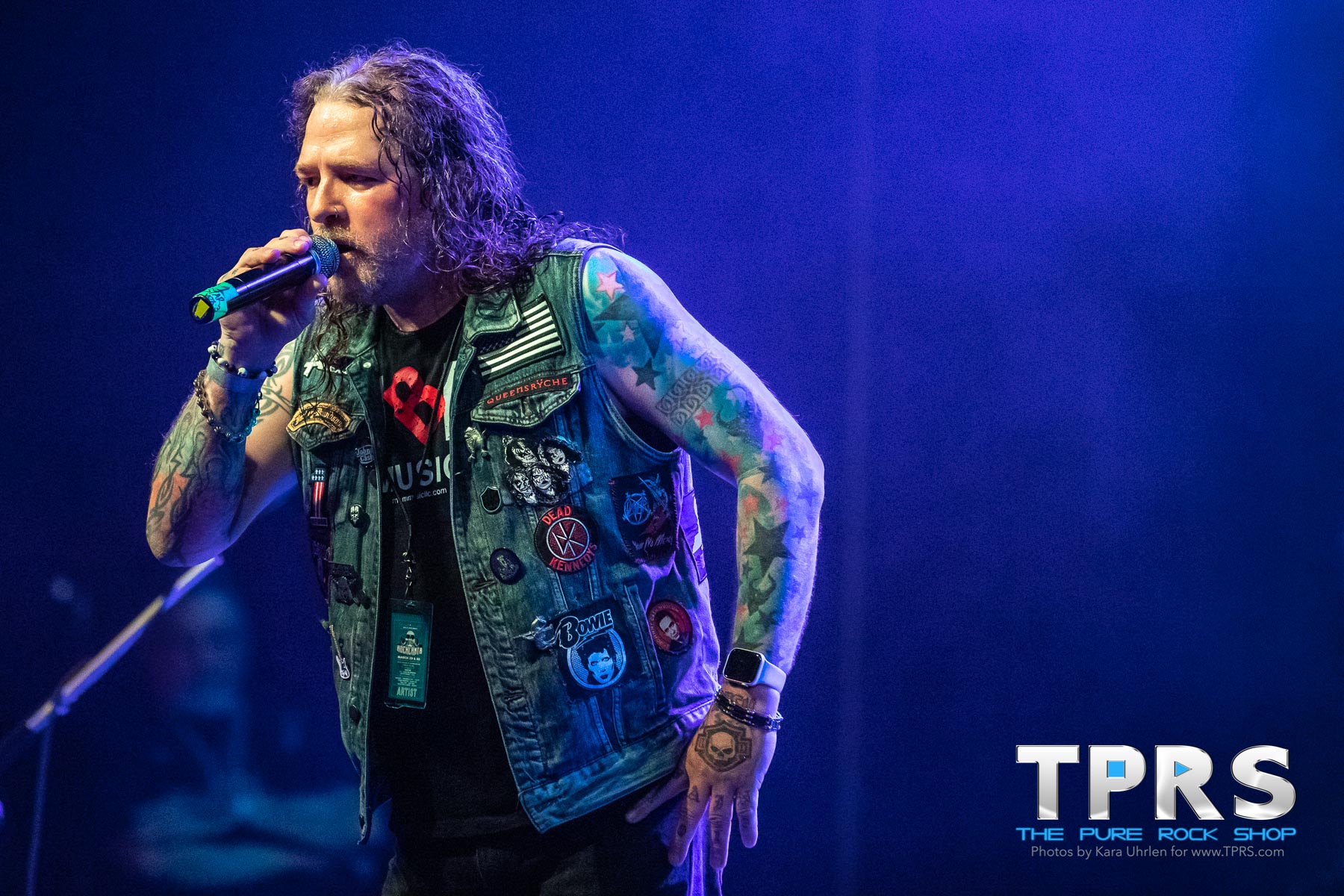 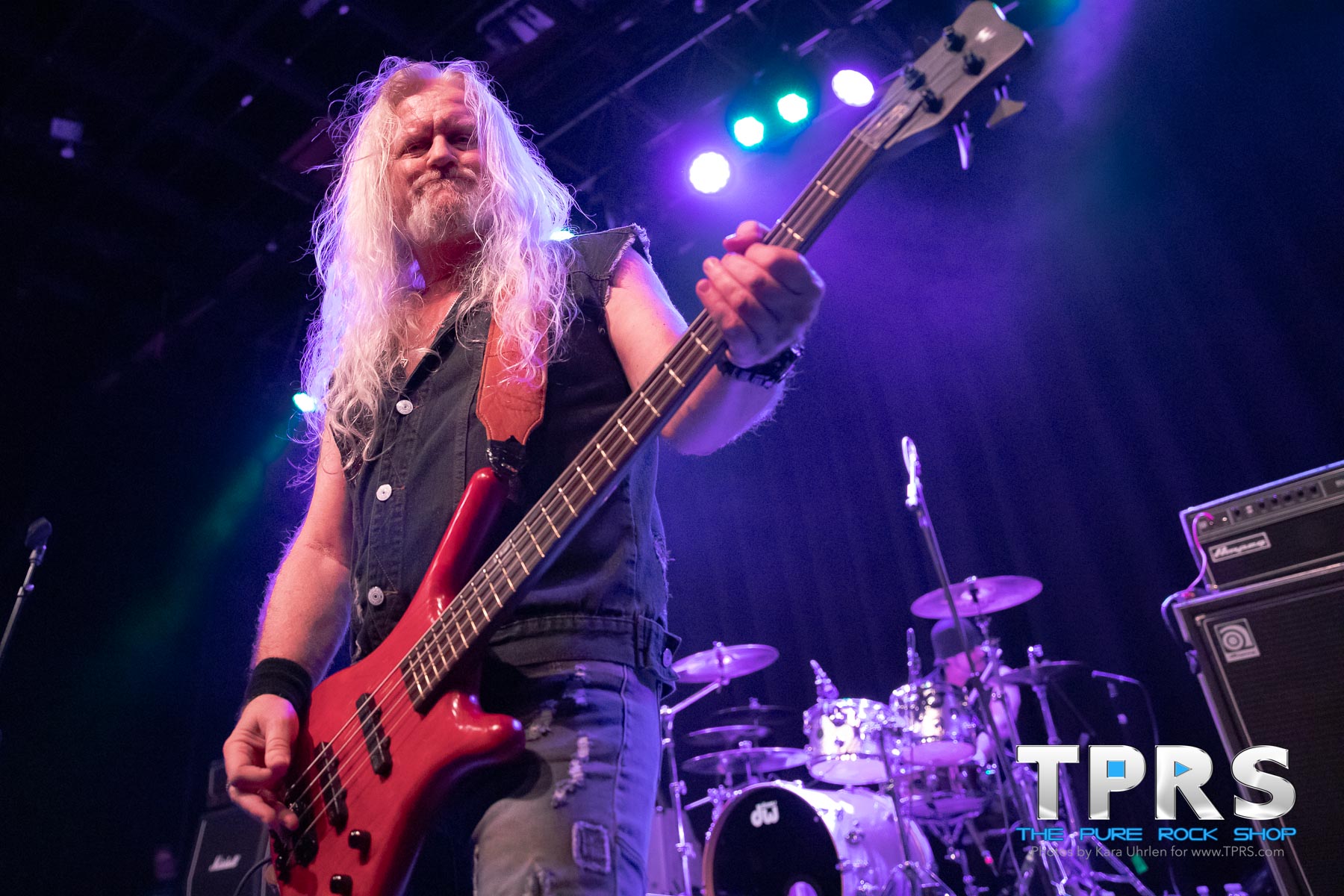 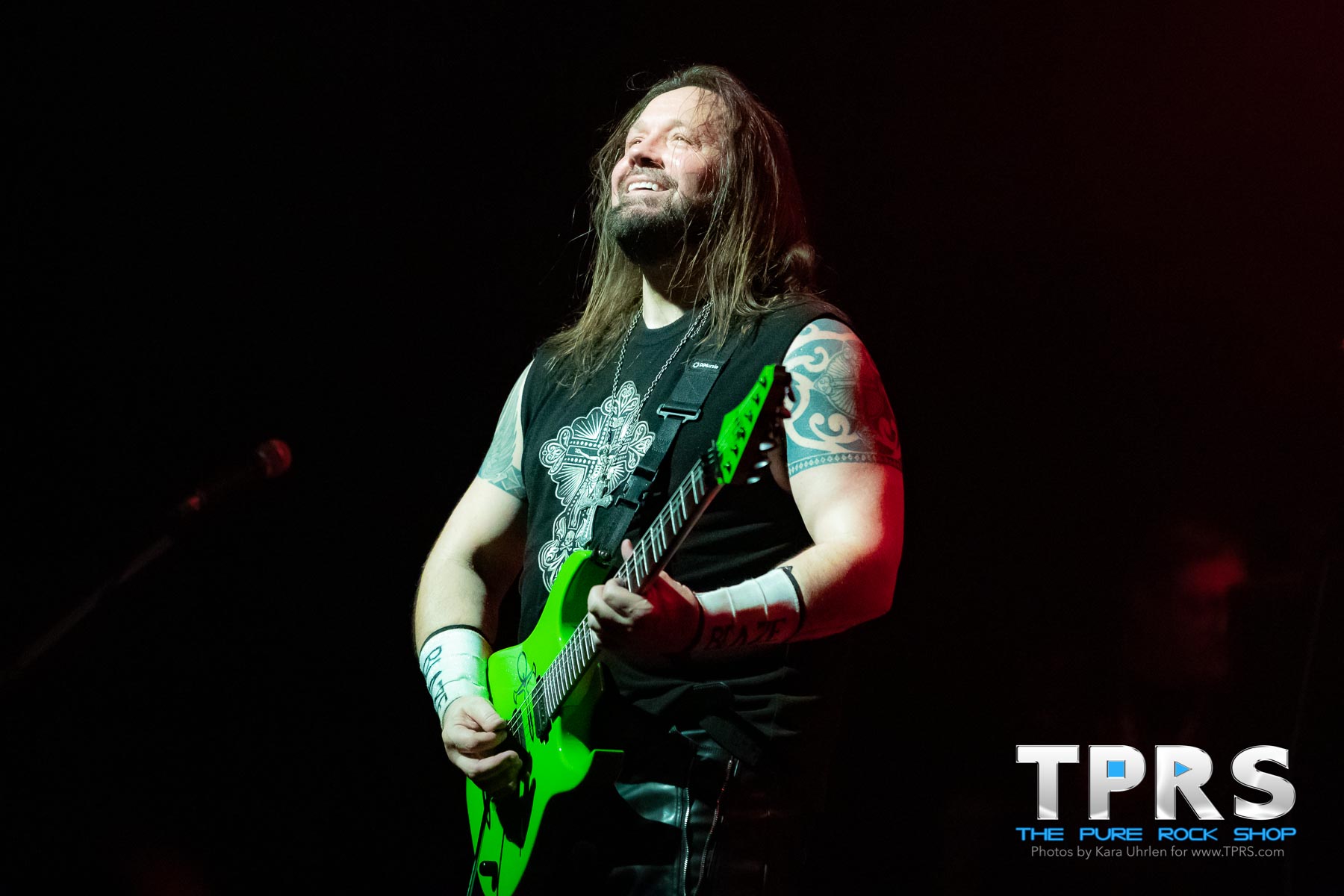 Locally based Kickin Valentina earned an evening slot and a lengthy set demanded by their growing and hard core fan base, rather new to the scene, these guys (and their fans for that matter) are certainly hard to ignore.  Already working on their third album, the band is fronted by newest member D.K. Revelle, with Heber Pampilion on guitar, Chris Taylor on Bass and Jimmy Berdine on drums. 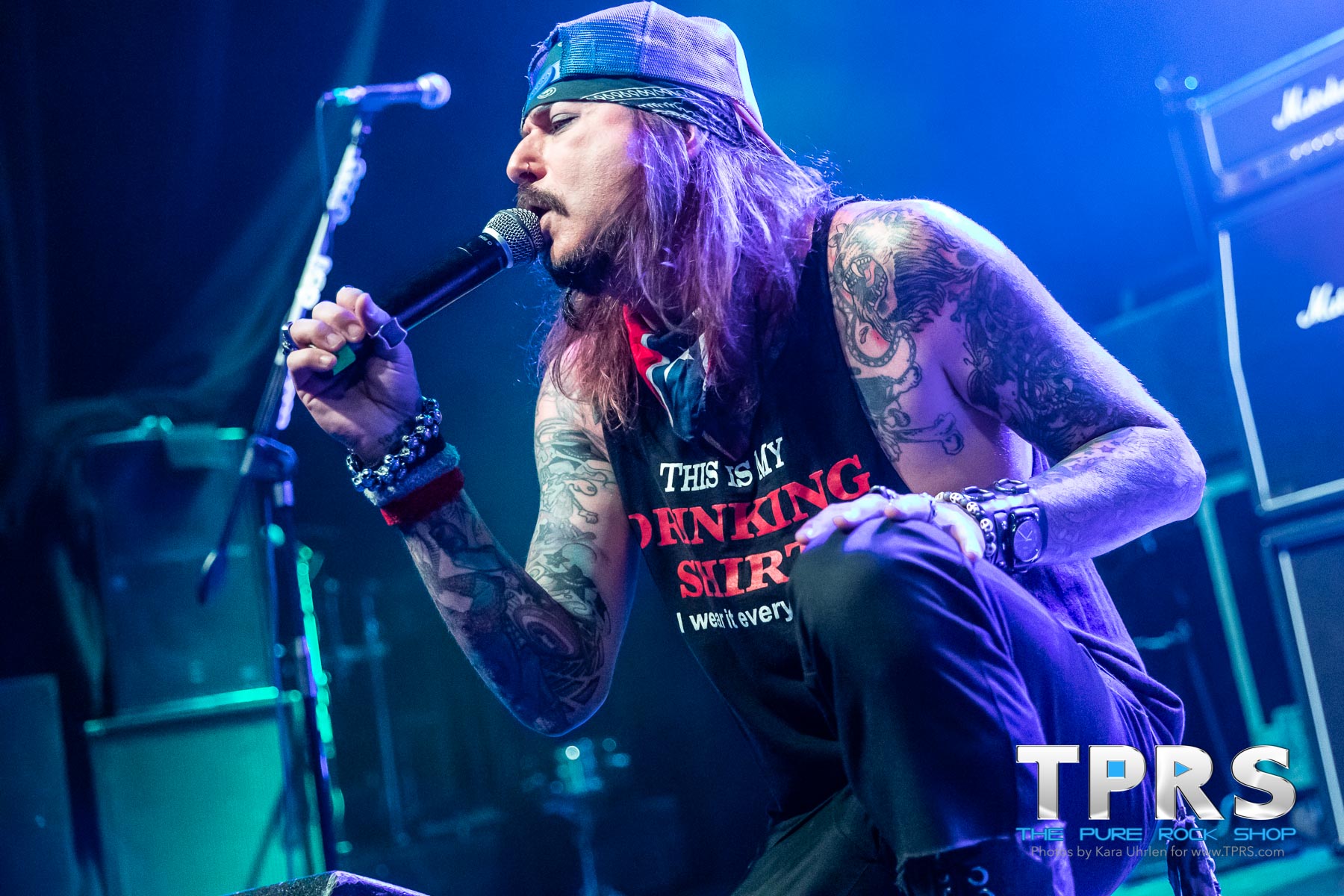 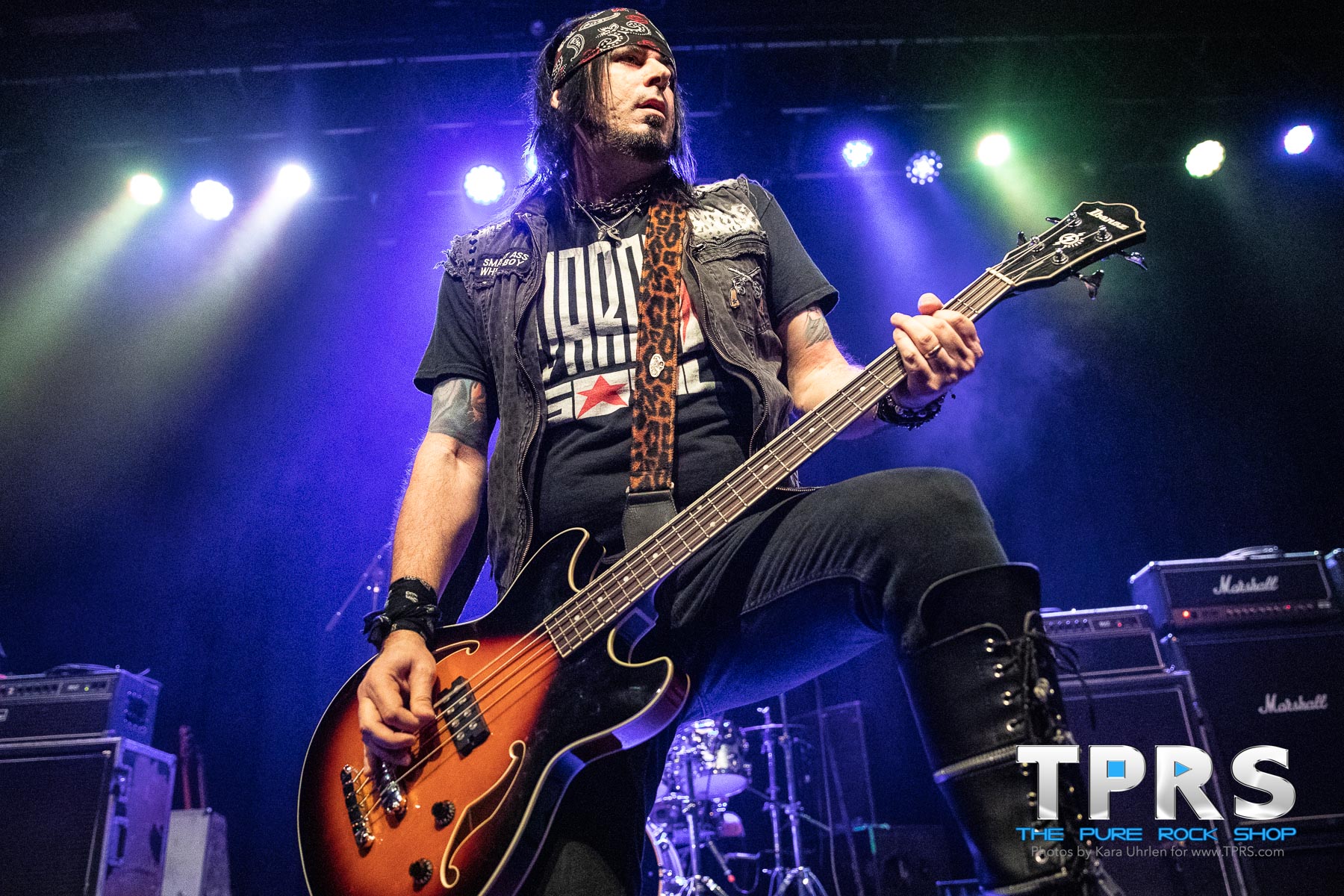 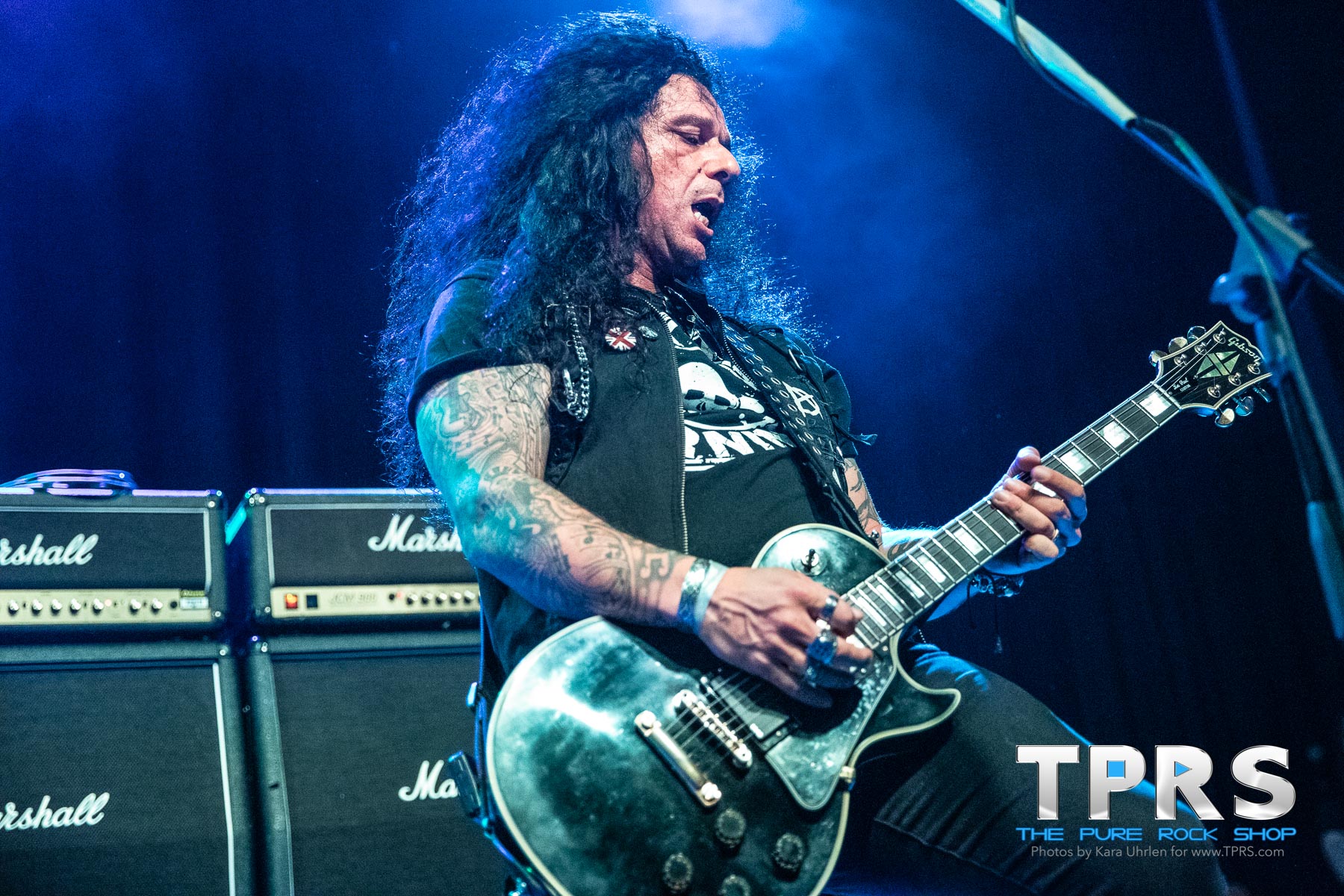 Tyketto hit big with “Forever Young” just before the grunge movement and I’d never had a chance to see them live until rather recently.  Deciding to check them out on the Monster’s of Rock Cruise last year, I said I’d only stay for a couple of songs having promised friends I’d be elsewhere, but their live set blew me away and when Johnny Dee (Doro, Britny Fox) joined Danny Vaughn and the band on stage for an unexpected Waysted reunion, I knew I’d made the right choice to stay for the entire show.

Given that last experience, I was so looking forward to seeing these guys again at Rocklanta, and so were many others with their phones held high in front of the stage to catch every moment for posterity.  In fact, Vaughn even questioned why everyone was recording the show and if they’d ever watch it again (the response was an overwhelming yes from where I stood against the photo barrier).

Favorites from Tyketto’s set included “Rescue Me” an appropriate highlight to note given they are celebrating 25 years of Strength in Numbers, as well as “Standing Alone” from their 1991 album Don’t Come Easy (I even recorded that one, and it sounds amazing playing back on my tiny iPhone speakers, so you can just imagine how great these guys sounded live!). 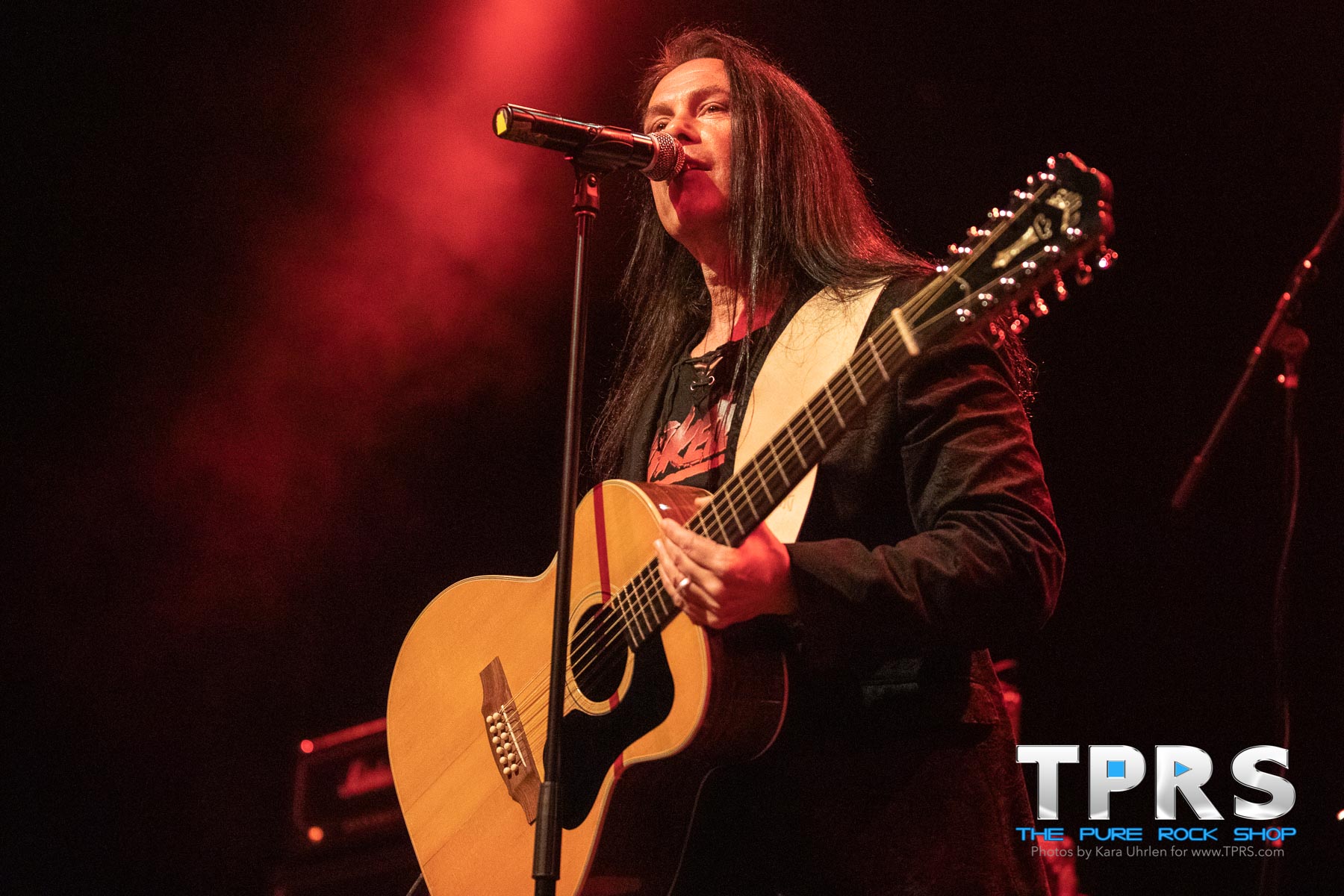 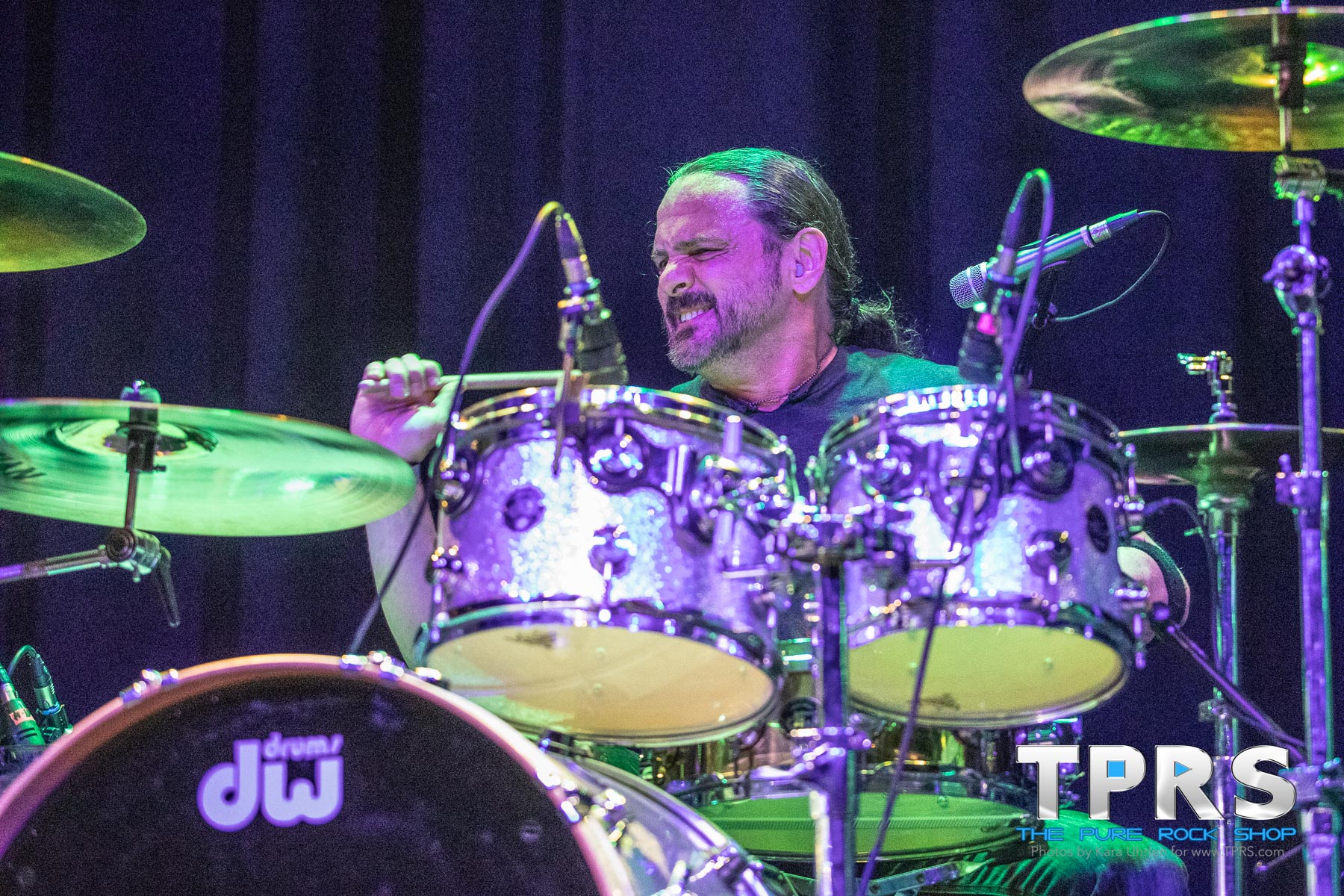 Dangerous Toys brought in the largest crowd of the evening and delivered as always.   With original members Jason McMaster on vocals, Scott Dalhover on guitars, Mark Geary on drums, and Mike Watson on bass, it is amazing to note that the band’s newest addition is Paul Lidel (Dirty Looks, 99 Crimes) who has been with the band for decades!  This band clearly clicks and enjoys every minute of their show, making it a treat for anyone in attendance .

The toys set was full of favorites from the Alice Cooper inspired “Scared” to the always humorous “Sportin’ a Woody,” but the true treat was the debut of a brand new song “Hold Your Horses.”  Rumor has it we might find them on a boat next year, and I for one am already counting the days… 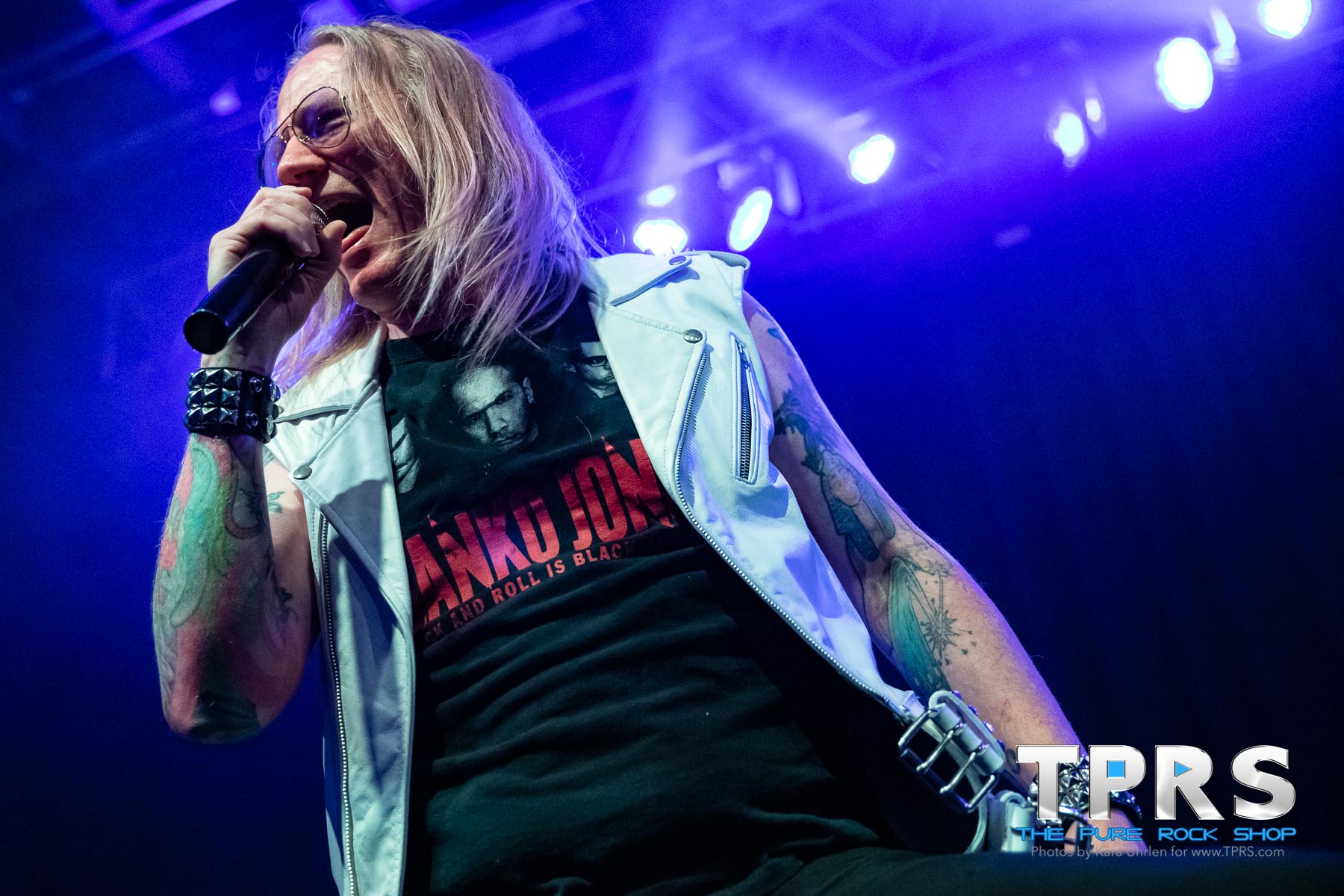 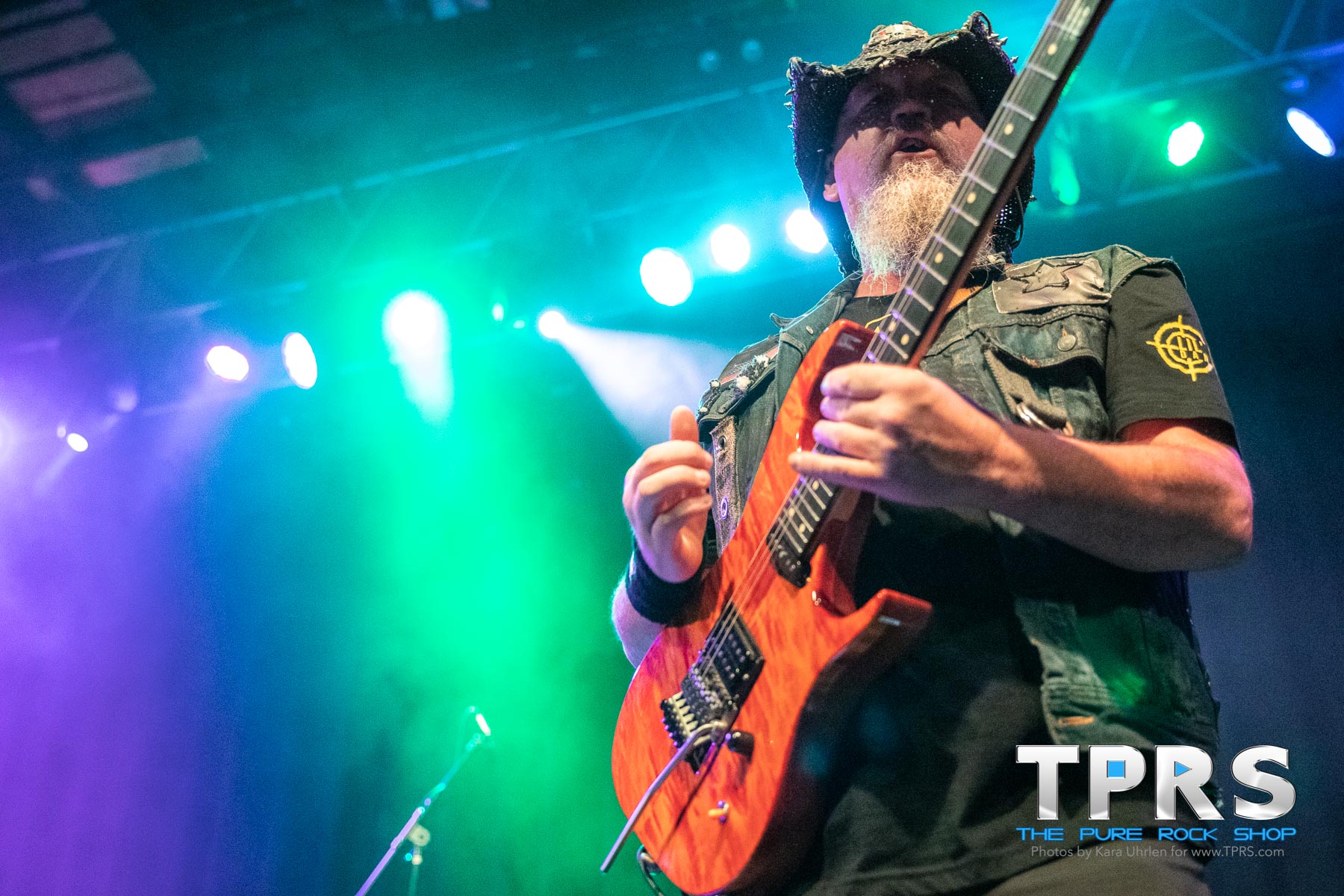 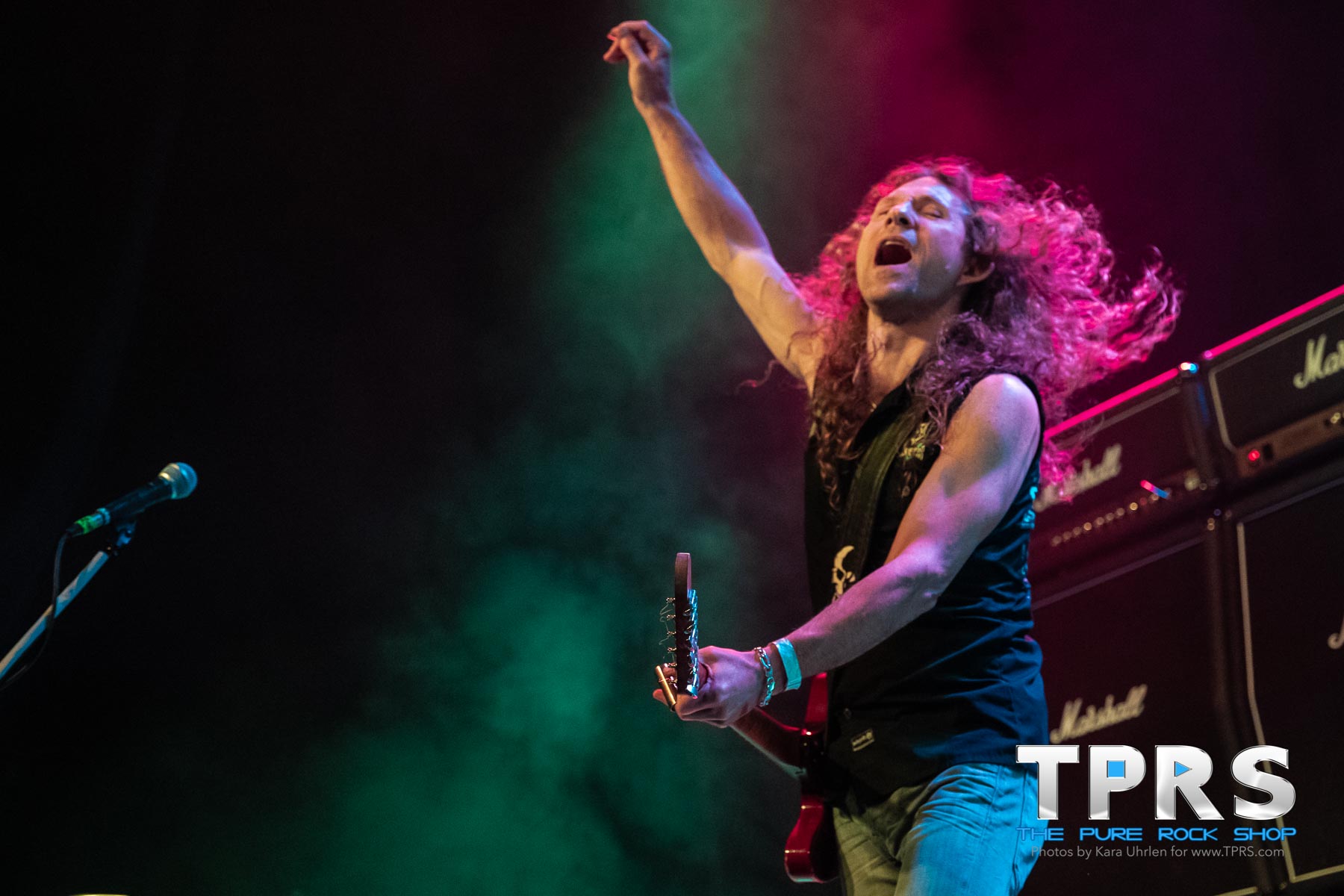 Got to be honest, with The End Machine (Robert Mason, Jeff Pilson, George Lynch, and Mick Brown) performances this week (even if Mick is unavailable due to Dokken’s schedule), I think many of us would have rather of caught them live instead of Warrant if we’d taken a vote… But, with a celebration of D.R.F.S.R. in check, it was hard not to get wrapped up in this amazing catalog of favorites as the evening progressed despite the overwhelming feeling of exhaustion kicking in from the amazing weekend of entertainment.  And, let’s not forget how awesome it was to see drummer Steven Sweet behind those drums singing his heart out after his recent battle with cancer!

It was also a special night, because it was Erik Turner’s birthday. While frontman Robert Mason joked that Erik could pick the set list, we were treated to a set of classics like “32 Pennies,” “Down Boys,” and “Heaven,” among others.  With Louder, Harder, Faster being one of the band’s strongest releases, it was disappointing to see some of those new tracks cut from the set along with others like “Hole in My Wall” from Ultraphobic. But, for those to have stayed in the set we’d had been their much later than 1am and honestly, I’m not sure anyone had it in the for an extended encore!

Though I will say that I’d love to see an encore of the Rocklanta event, and will prioritize any festival by Brad Lee to the top of my list. The only thing really lacking for those without VIP status were food options, but the venue allowed for ‘in and out’ privileges, as well as pizza delivery to ensure that everyone was well taken care of. Furthermore, with our hotels so close, we could even run to the room between bands.  Additionally, there wasn’t a bad seat in the house and the crowd was so courteous despite the general admission floor.  Special details like that are what make an event truly enjoyable and that it most definitely was! 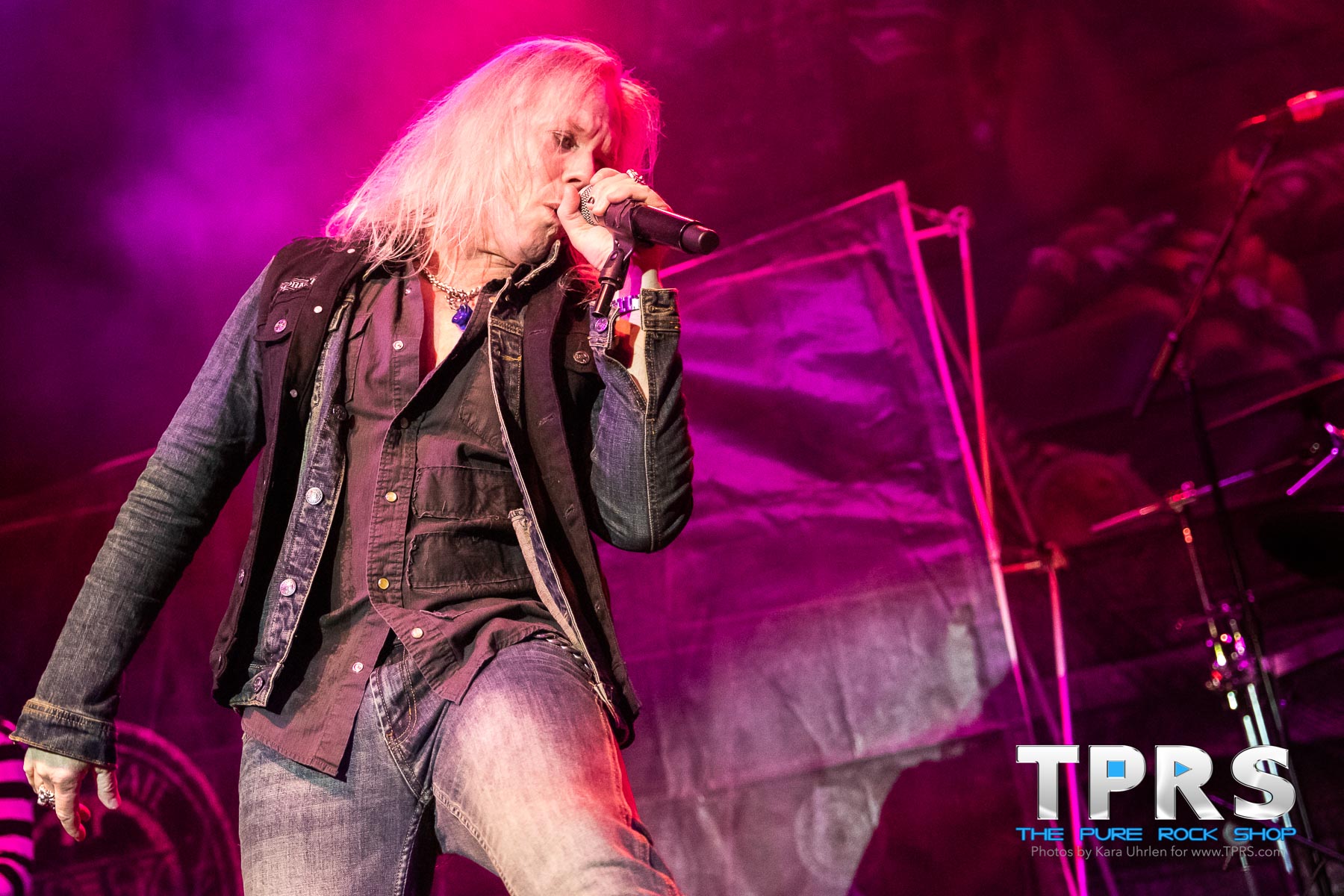 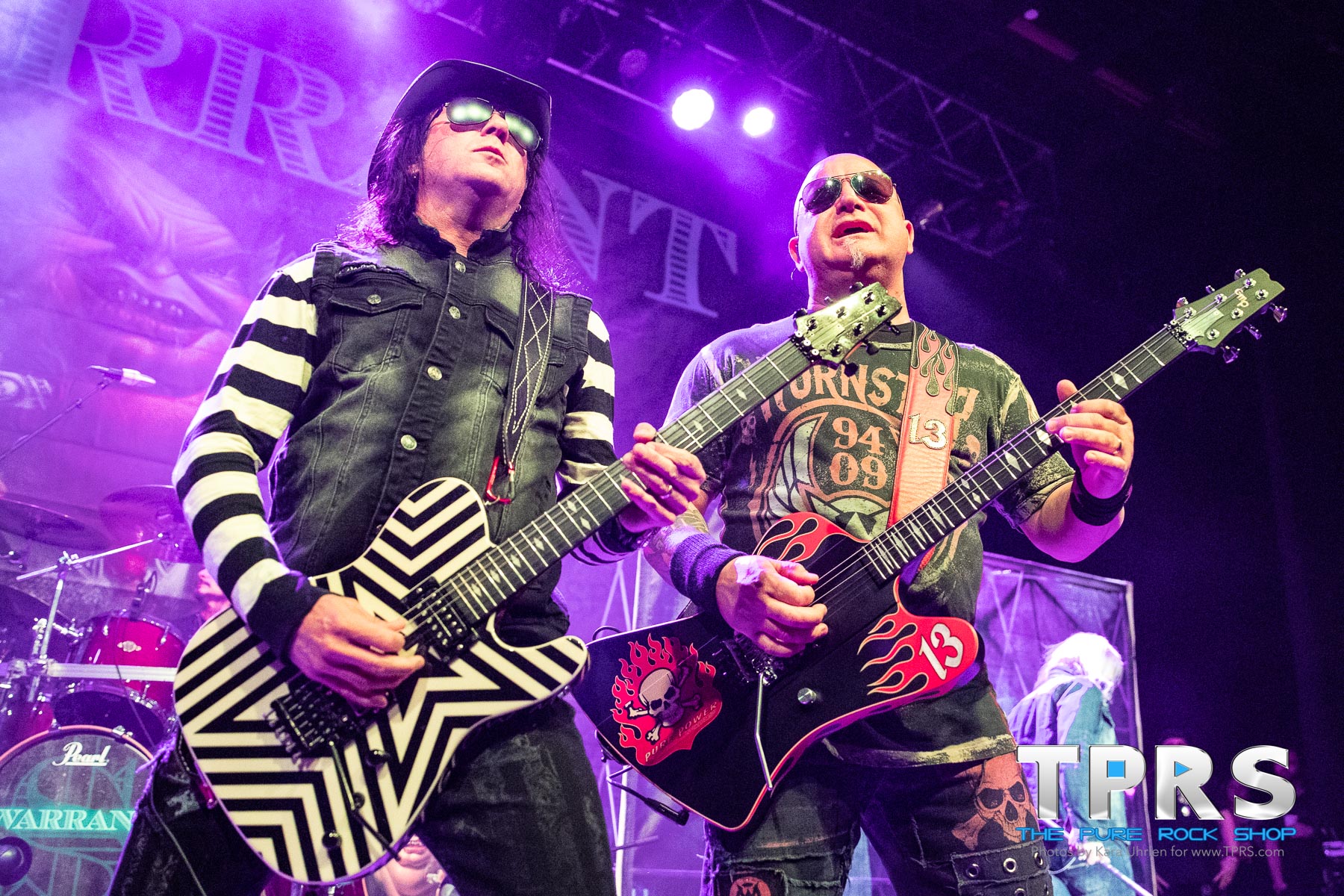 For more from the artists from Rocklanta’s Saturday line-up, check out our interviews with Robert Mason about Warrant’s last studio release, as well as a brand new interview with Jeff Pilson regarding his new band, The End Machine, featuring Robert on lead vocals from The Pure Rock Shop’s show on 91.7 FM WNJR.  If you dig into our archives you’ll likely find an interview from the early days of our site with Steve Blaze from Lillian Axe as well…Also be sure to check out coverage from Friday’s line-up and links to related interviews here.

Catch more new radio interviews and pure rock programming on 91.7 FM WNJR in Pittsburgh, PA and online atWNJR.org daily from 3pm EST – Midnight.  And, follow us @ThePureRockShop for the latest news, and local coverage of shows like Enuff ‘Z Nuff at The Crafthouse and the upcoming M3 Rock Festival and MB4 pre-party with Kickin Valentina, Babylon Shakes and EMN in Baltimore, MD next month.