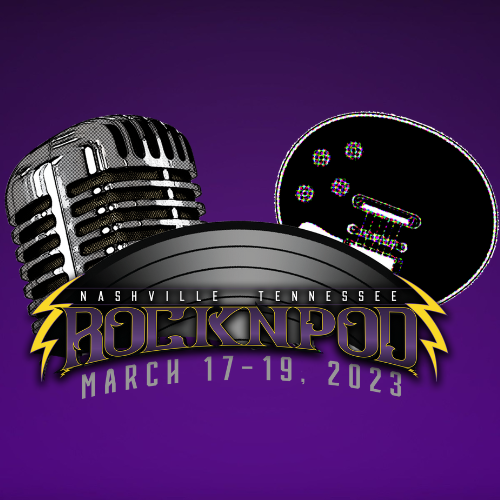 The ultimate meeting place for music podcasters, fans, artists, and vendors, ROCKNPOD 2023 Weekend will feature the annual ROCKNPOD Expo which takes place Saturday, March 18th at the Nashville Fairgrounds. Now in its sixth year, ROCKNPOD Expo will feature celebrity guests, vinyl/memorabilia vendors, music industry companies, podcasting companies, and music podcasters from across the globe as well as feature panel discussions, signing/photo sessions for fans, live podcasts, and tons of vendors and exhibitions for attendees to browse through. Additionally, ROCKNPOD Expo will feature live music throughout the weekend long event. According to ROCKNPOD organizer, Chris Czynszak, “This event has become a true gathering place for people that support the past, present, and future of rock. With podcasting/content creators/blogs becoming a bigger force in the world of music promotion, this event is a fantastic place for artists, content creators, vendors, and fans to connect. While mainstream outlets continue to propagate the idea of rock music’s demise, it’s alive and well and ROCKNPOD is a testament to that. Plus, it’s a great time.”

Opening on Friday, March 17th with a pre-party concert at Eastside Bowl near downtown Nashville, ROCKNPOD Weekend kicks off in fine style with the all-star jam session Rare Hare. Internationally known recording artists such as Derek St. Holmes (Ted Nugent, Whitford / St. Holmes), Jack Gibson (Exodus), Hugh McDonald (Bon Jovi), Troy Lucketta (Tesla / The Guess Who) and many more have performed at previous events that cover well known and classic hard rock songs and more and will run approximately three hours.  Rare Hare has become an increasingly popular semi-annual event, partly due to its ability to attract well known musicians, past and present primarily from the hard rock field to participate and partly because of its fun, “plug in and go!” scenario, rather than rehearsed sets, creating an atmosphere of danger and excitement. Rare Hare will begin at 7:00pm.

Saturday, 18 March will see ROCKNPOD 2023 in full swing as celebrity guests arrive to meet fans, do interviews, and take part in panel discussions revolving around the music industry and past “war stories” shared from the road, recording and the like.  Vendors selling everything from vinyl, memorabilia, art, comics and more will be on hand to help attendees spend their hard earned cash and notable guest artists will be on hand to meet and greet throughout the day.  Special guests for ROCKNPOD Expo include Eric Martin (Mr. Big), Eddie Ojeda (Twisted Sister), Jason McMaster (Dangerous Toys), Stevie Rachelle (Tuff), and many others. 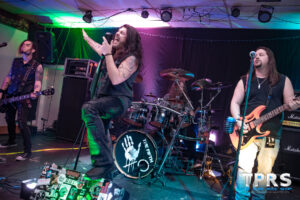 That same night, Keelfest 2, featuring much-loved rocker Ron Keel playing music from his four decade long career with many of his former band members from Steeler and Keel as well as sets from artists from Ron’s newly formed RFK Media label, including The Fifth and Crashing Wayward.  The event will take place at Bowie’s in downtown Nashville and begins at 6:00pm.

ROCKNPOD 2023 will wrap up its whirlwind weekend with two events on Sunday 19 March: First off, a showing of the cult classic film KISS Exposed at Full Moon Cinema featuring live commentary from comedians Craig Gass, Don Jamieson, and Courtney Cronin Dold.  And then the Punchlines and Backlines Comedy Show, which will be held at The Vinyl Lounge, featuring comedians Courtney Cronin-Dold, Craig Gass, and Don Jamieson as well as a special acoustic performance by Eric Martin (Mr. Big).