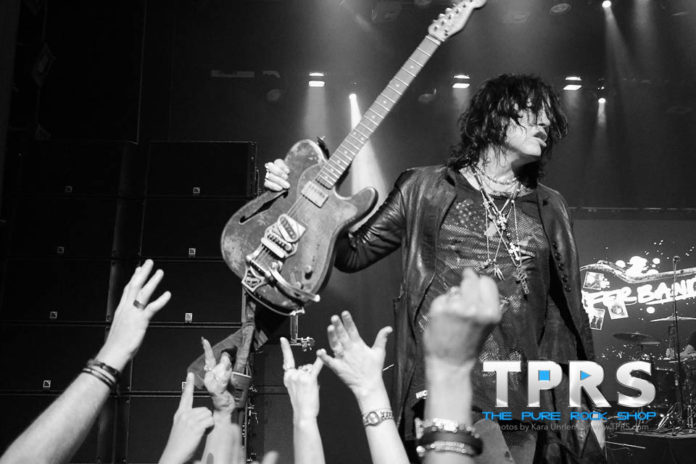 The third hard rock show to sell-out this week at Jergel’s Rhythm Grille was set to featured headliner Tom Keifer, who is on tour in anticipation of his band’s upcoming release of THE WAY LIFE GOES – DELUXE EDITION, coming out October 20 on Cleopatra Records.

Local openers Lunatics and Dying Breed performed as scheduled on Saturday, October 14, and the stage was set for the Keifer band…

Unfortunately, Tom Keifer was forced to postpone his performance due to a medical emergency.  The announcement was made around 10pm by Keifer’s tour manager, who noted that a heartbroken Tom Keifer was on his way to the hospital, and that the show would need to be rescheduled.

According to his publicist, “TOM KEIFER was, regretfully, forced to postpone his performance in Warrendale, PA last night following his collapse prior to the show. KEIFER was transported to a local hospital where he underwent tests and was kept overnight. Doctors confirm that KEIFER is in stable condition and believe the episode points to heat exhaustion and severe dehydration. KEIFER was given fluids, is resting comfortably, and is expected to be released later today. He plans to return to his performance schedule later in the week.”

Promoter, Drusky Entertainment has asked fans to hold onto their tickets. Please join us in sending prayers and well wishes for a speedy recovery, and we’ll keep you posted on any news about Tom and the event’s rescheduling as it becomes available.

Drusky Entertainment has announced the Tom Keifer shows has been rescheduled for Sunday night January 28th, 2018 at Jergel’s in Warrendale, PA.