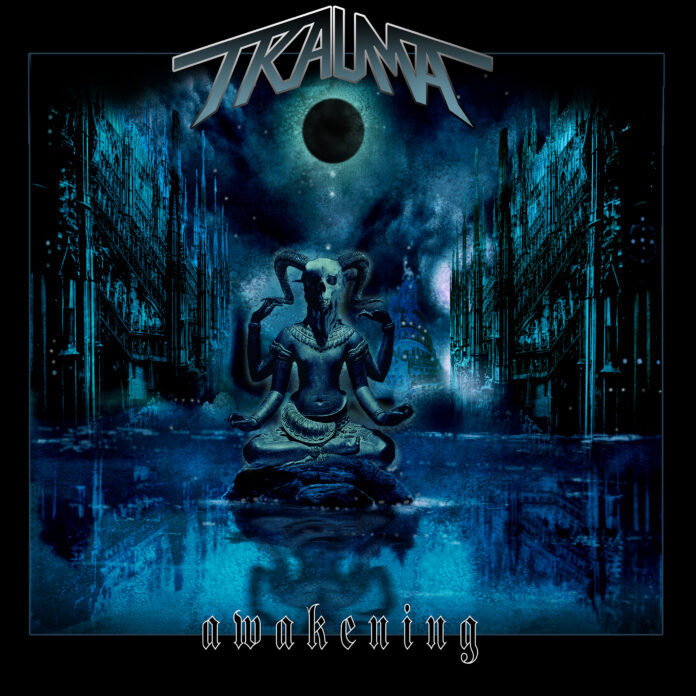 “Everyone in Trauma is thankful for the opportunity to be touring all across the US with Queensrÿche on their ‘Digital Alliance’ tour,” says the band in a statement. “Trauma is very excited to be a part of this tour.”

Trauma’s latest album ‘Awakening,’ was issued this past September via Massacre Records, and can be ordered or listened to via this link: https://lnk.to/Trauma-awakening

And the metal community has offered praise for ‘Awakening,’ including Markus’ Heavy Music Blog saying, “‘Awakening’ convinces with power and enthusiasm,” Metal Temple adding, “The thrash they play is pure, the voice clean and the production sound,” and the This Day In Metal site stating, “It’s clear to see from their grand return after a 30 year silence that they are still very much so a driving force within the thrash metal scene and “Awakening” is the gateway to the thrashy glory they have always deserved.”

“Trauma is very pleased with the current reaction from fans, journalists and many others in the music business with the current release of our 4th studio album, ‘Awakening’,” says the band. “The release has received many stellar reviews, and write ups from around the world. We are hopeful to gain some new fans along the journey and look forward to possibly touring in Europe, and many other places soon.”

Originally formed in 1981 in San Francisco, Trauma was one of the first heavy metal bands – along with Exodus, Metallica, and Testament – to trailblaze the style now known as “thrash.” And the thrash metal band’s original bassist was none other than the late/legendary Cliff Burton (who would later join Metallica). 1984 saw the release of the group’s debut album, ‘Scratch and Scream,’ before the band parted in 1985. But in 2013, Trauma reunited, and have been back in business ever since.

The group’s current line-up consists of singer Brian Allen (who replaced original vocalist Donny Hillier, who sadly passed away in 2020), Steve Robello (guitar), Joe Fraulob (guitar), Michael Spencer (bass), and Kris Gustofson (drums). – and soon, will be rocking the metal masses on their US tour with Queensrÿche and Marty Friedman. 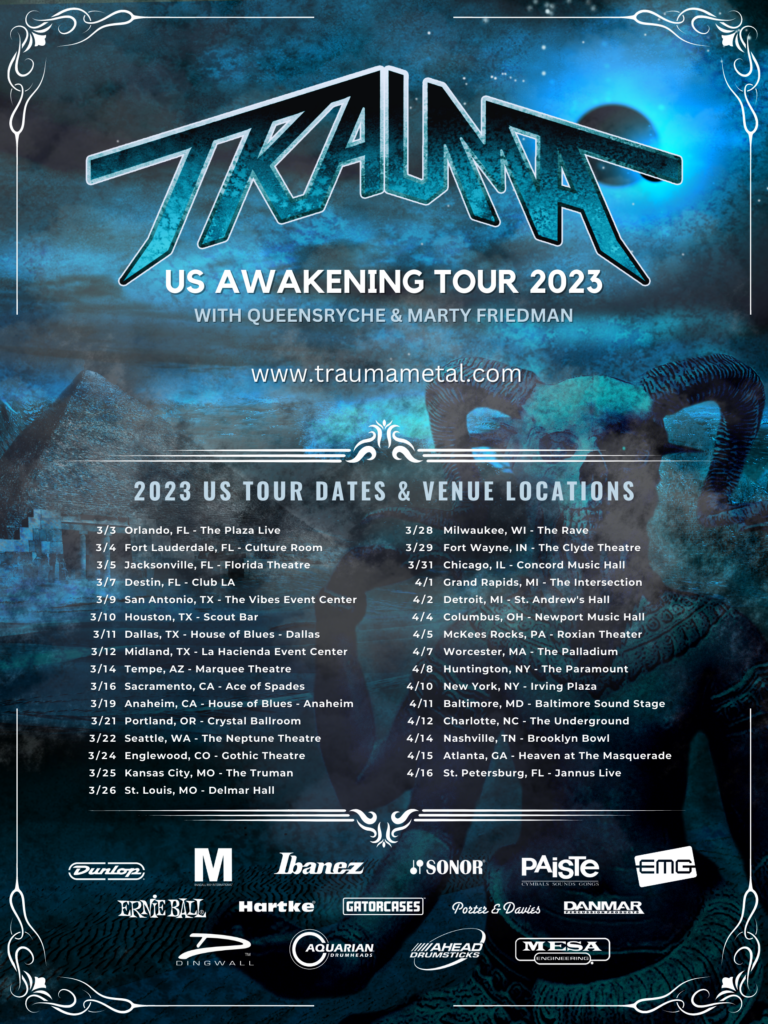