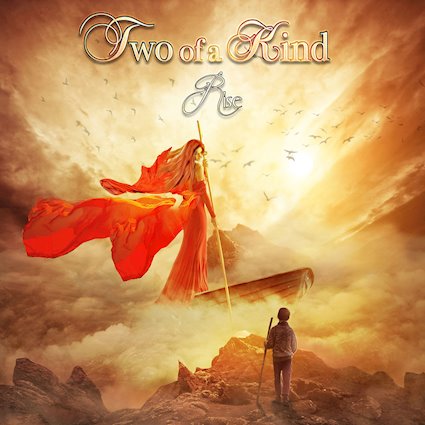 Two Of A Kind is a melodic rock band from Holland, whose self-titled debut album was released by Frontiers in 2007. Fred Hendrix, better known as main songwriter and singer for the Melodic Rock masters TERRA NOVA, heads up the band. Back at the turn of the century, Fred had become more and more interested in production and songwriting, so he started looking for new and fresh talent to develop. Following several suggestions from Frontiers Records’ President and A&R Director, Serafino Perugino, Fred hooked up with not one but two female singers, Esther Brouns and Anita Craenmehr.

After a few writing sessions, Fred submitted the plan for a new band with a great melodic rock edge in the style of BOSTON meets HEART style to Frontiers, who liked the material and signed the band in late 2005. Recording of the self-titled debut album was completed during the Summer ‘06 with Fred’s TERRA NOVA bandmates Gesuino Derosas (guitar), Hans in’t Zandt (drums), and Fred’s brother Ron Hendrix (keyboards) joining the proceedings.

“TWO OF A KIND” was met with a warm reception from fans and critics alike and now the whole gang is back together for another album! Long overdue follow-up, RISE is sure to please melodic rock fans around the globe with the performances of all members even more electric than on the debut.