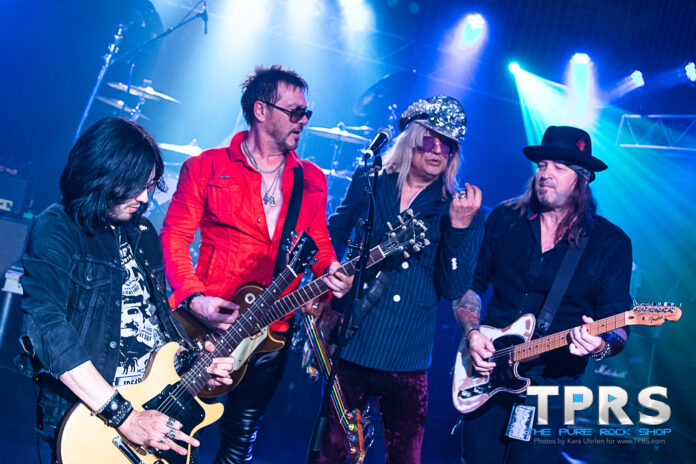 After moving the date and the year, Faster Pussycat and Enuff Z’ Nuff finally made it to Jergels for a night of debauchery…quite honestly, we figured our governor would shut the fun down again given that it was the week of a holiday but someone the show went on.  And, despite a mid-week slot, the venue filled up partially to the credit of local openers Dying Breed and Royal Honey and partially to the credit of local fans who held onto their worn and tattered tickets through the ups and downs of quarantine turmoil.

Hot on the heels of the M3 Rock Festival, Enuff Z’Nuff took the stage under colorful lights and an overwhelming mist of fog that made the atmosphere somewhat surreal as frontman Chip Z’ Nuff’s blinged out headpiece shimmered from the radiance. 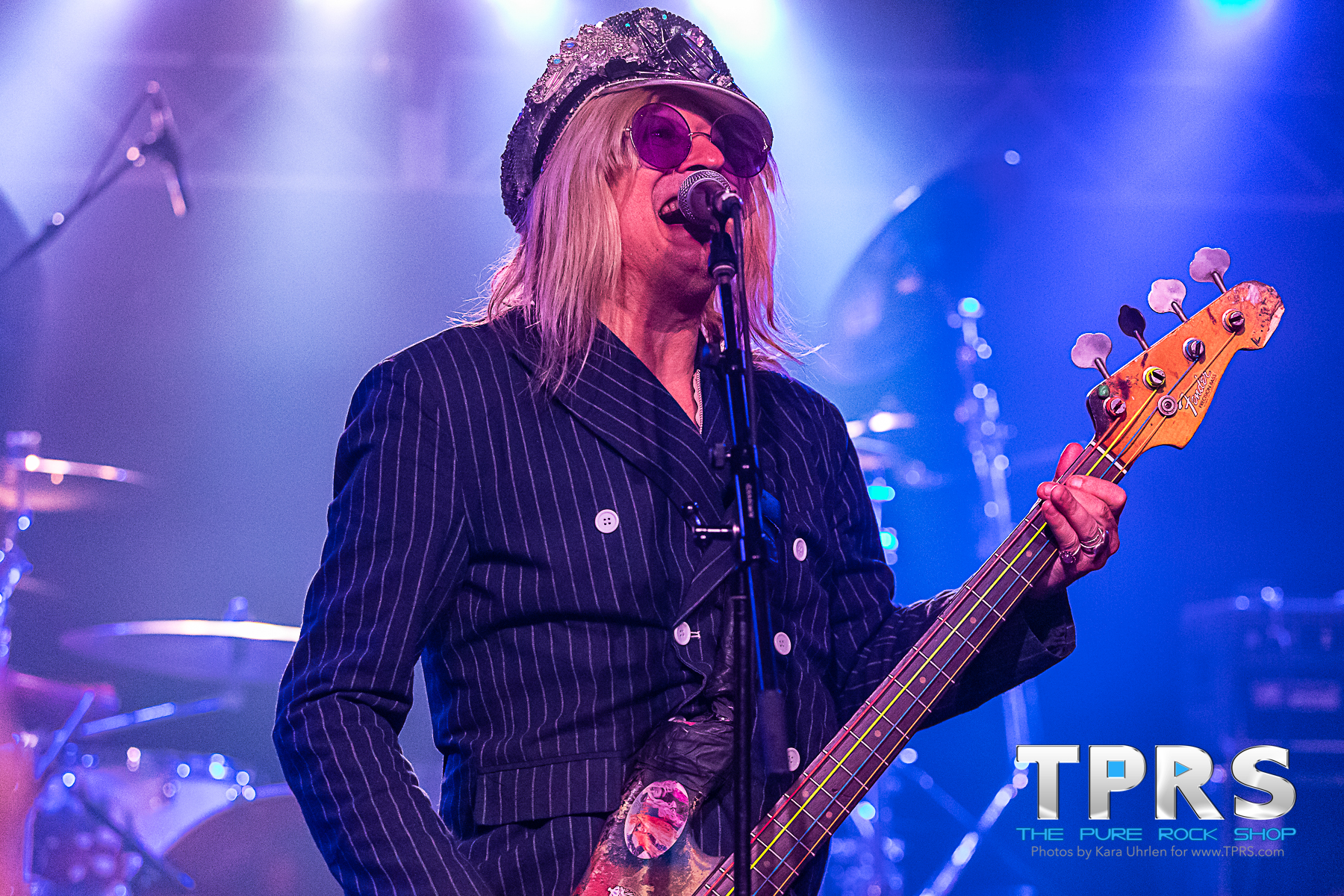 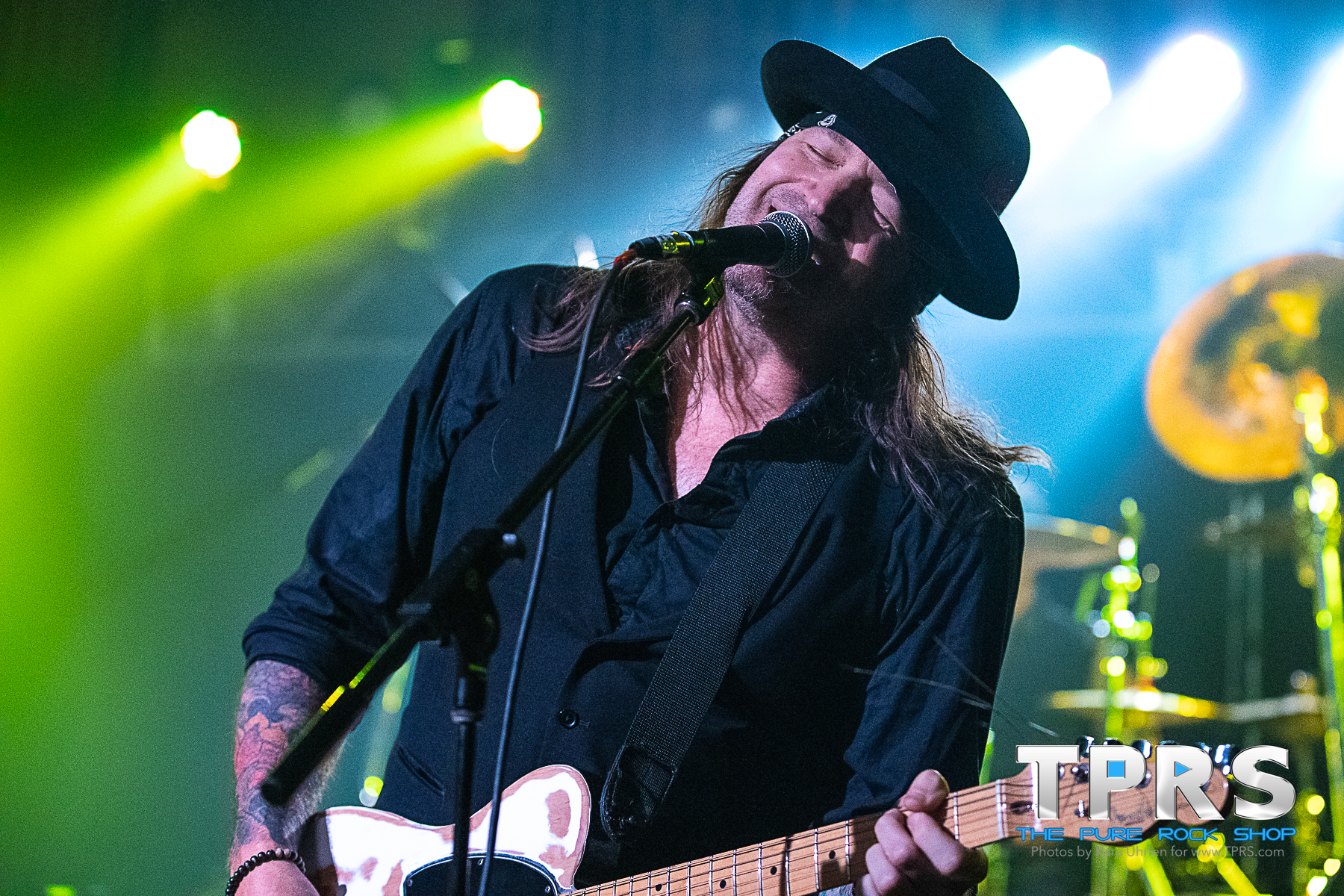 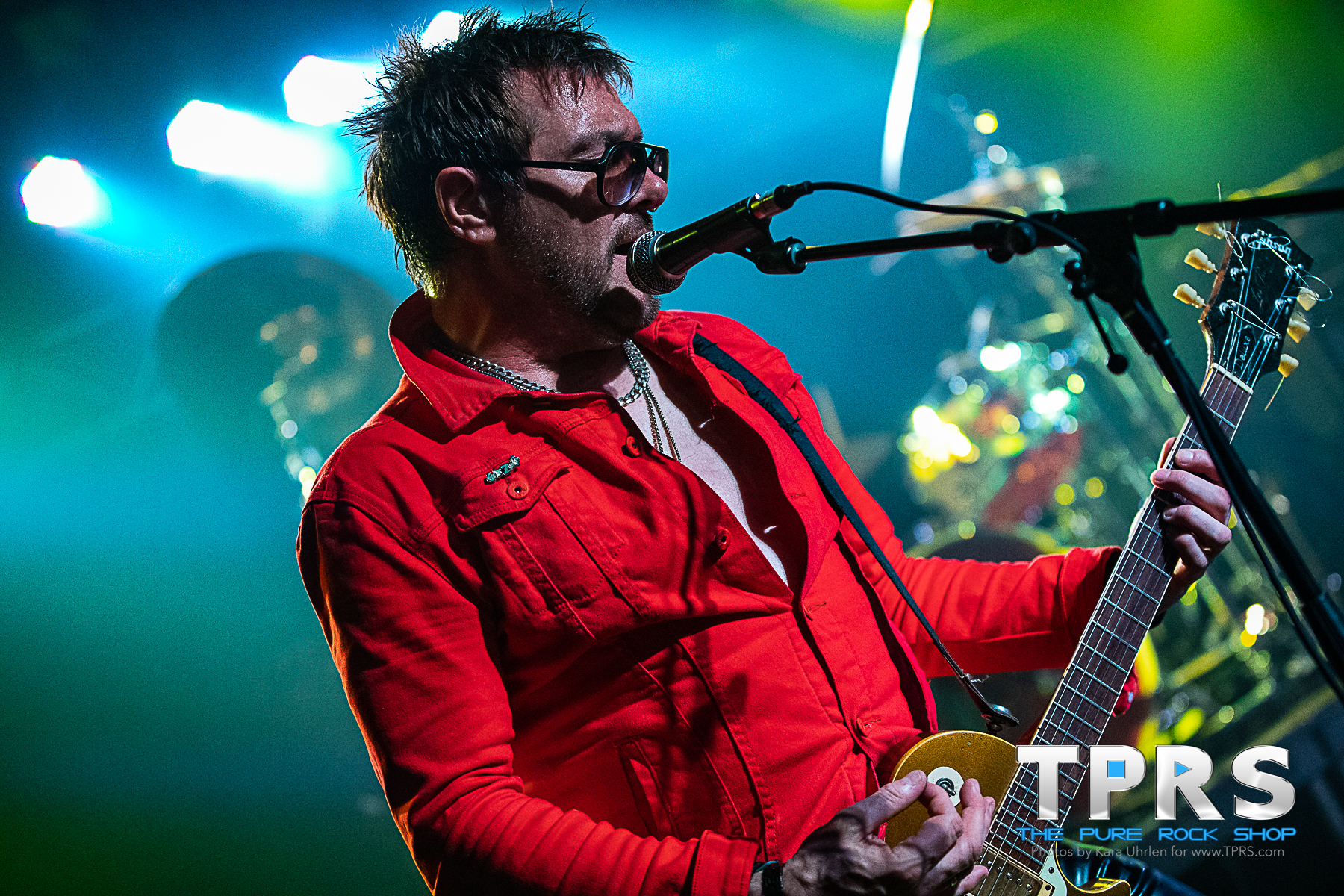 Guitarists Tory Stoffregen and Tony Fennell found room on the small stage to perform like the rock stars that they, but sadly drummer Daniel B. Hill’s bright smile got lost amongst that abundance of fog for most of the set. 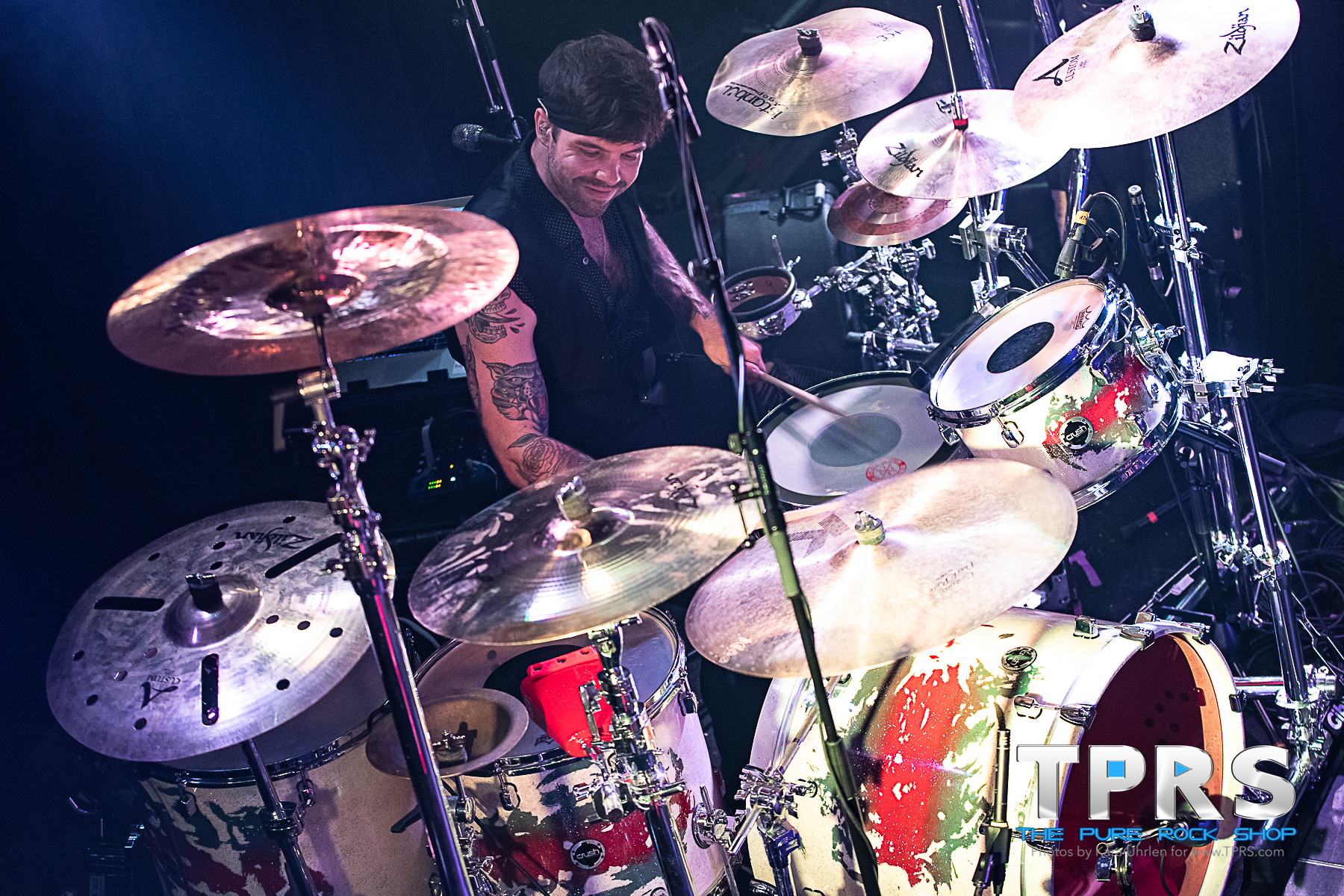 While the set list was consistent with their performances earlier that week, the stage show was quite different.  With the benefit of having friends along for the ride, we were treated to guest performances from Faster Pussycat’s Sam Bam Kolton, who added a third guitar to the mix and vocal support from drummer Chat Stewart making for quite the finale for the simple yet magical “Fly High Michele.”

Check out more from Enuff Z’ Nuff from our archives and don’t forget about their latest album Brainwashed Generation. 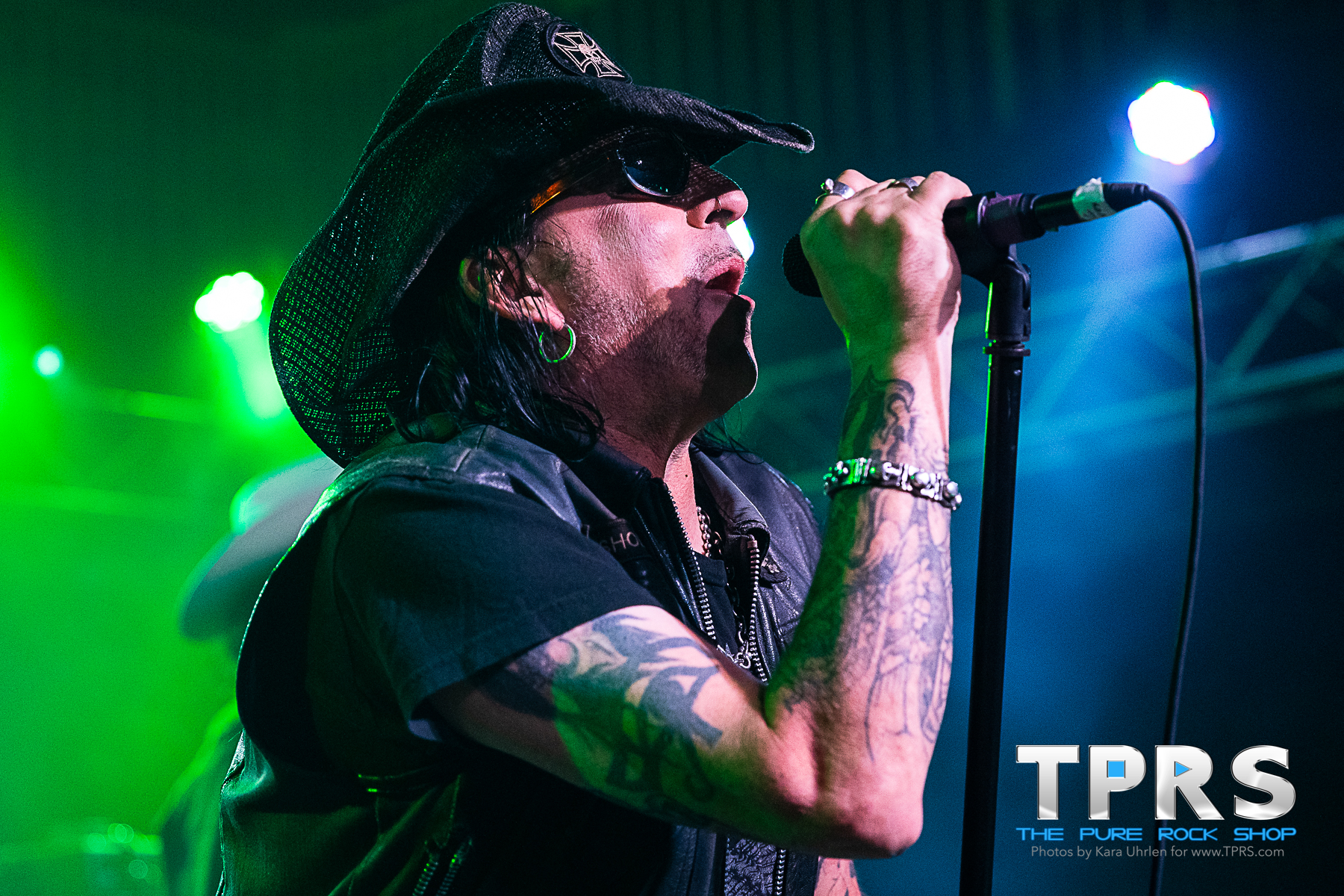 Catching up with theses guys during the opening acts and after the show was perhaps on of the biggest highlights from the evening.  It reminded me how music connects us as I offered gratitude to guitarist Xristian Simons for inviting me to join his Virus Social Distance Group on Facebook.  An effort that kept his friends and their friends connected during quarantine and allowed us to laugh and vent and feel part of something to the point that it grew to over 7,000 members and still remains a place to share our days with friends.

But as we know, connecting face to face is always the better option just as experiencing new music live is a rare treat.  And with quarantine also offering downtime for the band, Faster Pussycat offered up two new singles “Nola” and “Pirate Love” during their set. 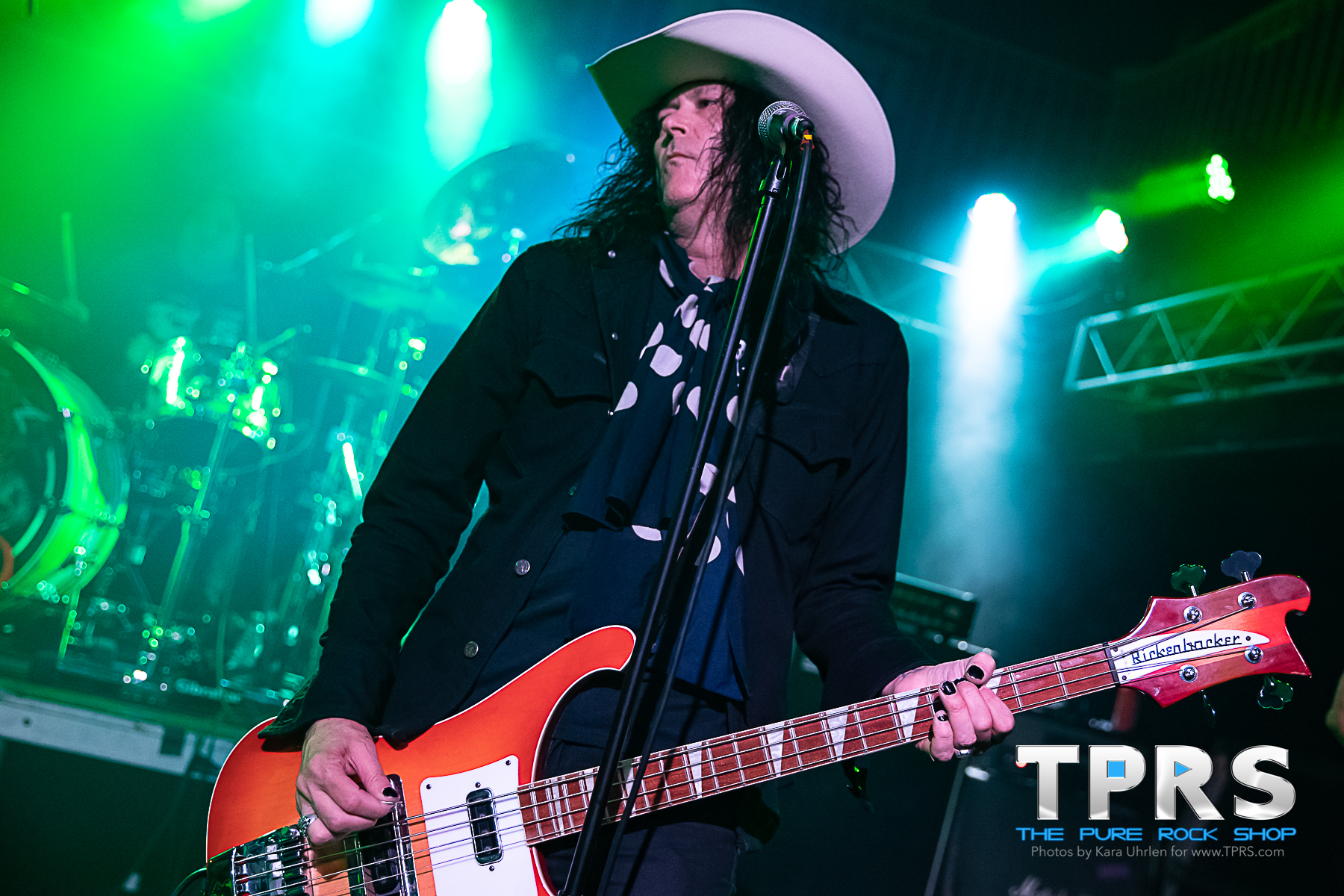 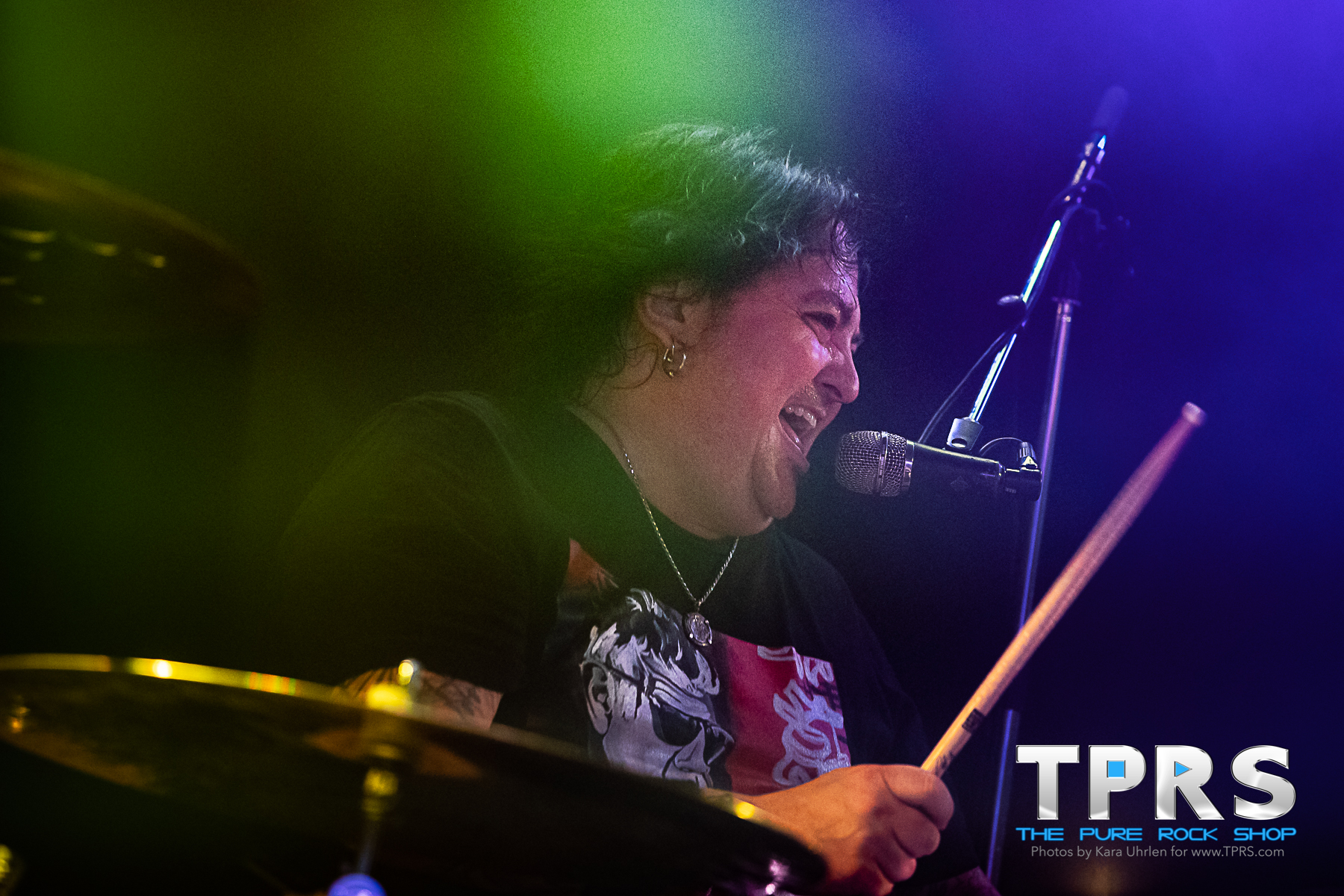 Best known for their stage show that always seems to be so unpredictable (hell I’ve even joined these guys on stage before!) that one would even go so far as to call it a “can’t miss” end to a seemingly endless day on any Monsters of Rock cruise, it was a delight to find these guys in a headlining slot.

While their set list may have evolved to make room for something new, these guys remained true to the sleazy glam vibe that we expect…  No complaints here with “Cathouse,” “Little Dove,” and even “Babylon,” making the cut.  And of course the song that brought hit big and hit our hearts “House of Pain.” 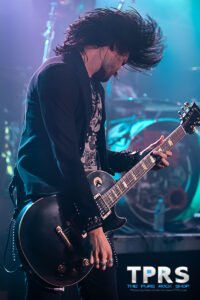 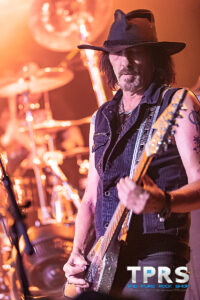 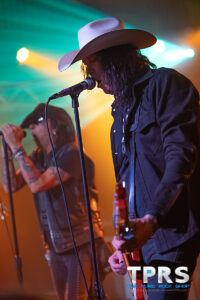