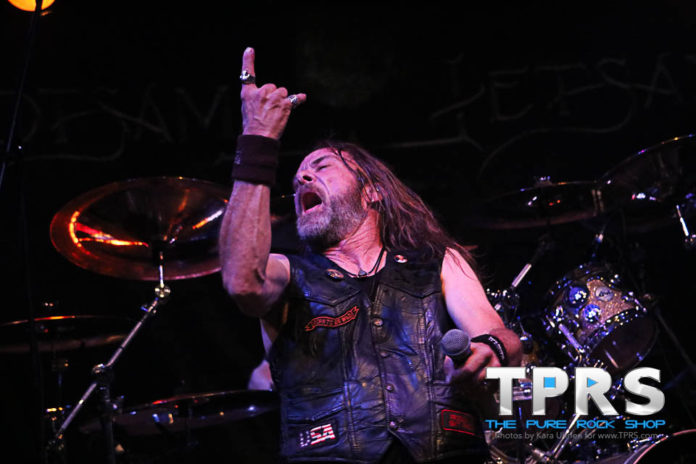 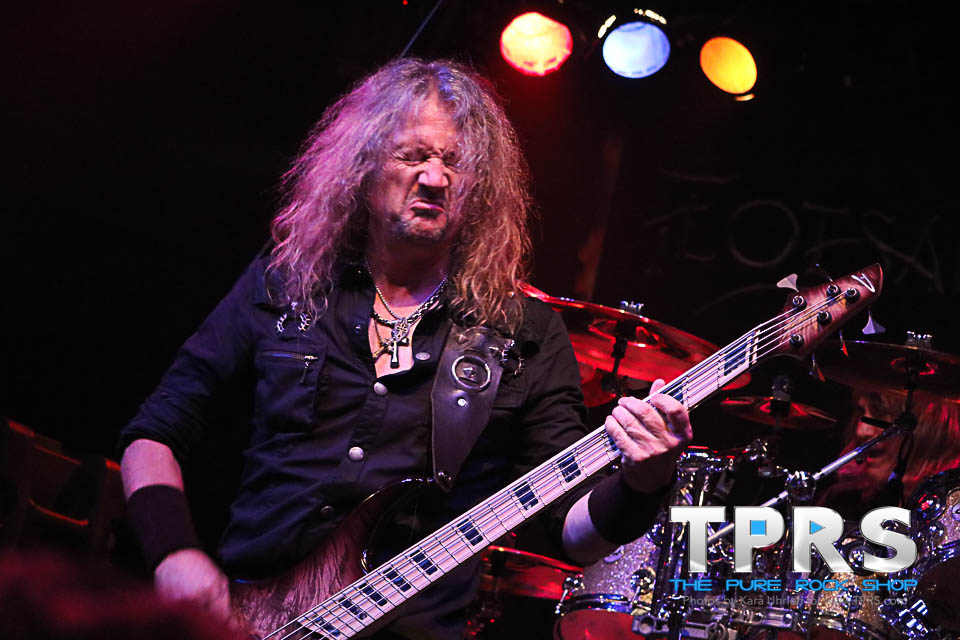 Flotsam & Jetsam returned to Pittsburgh at the Rex Theater only 18 months after their last visit across the street at Diesel with Helstar.

Opening with “Monkey Wrench” from their latest self-titled release, it was obvious early on Eric AK and company were in fine form. If you have yet to check out the lyric video to this song, you owe it to yourself to do so! 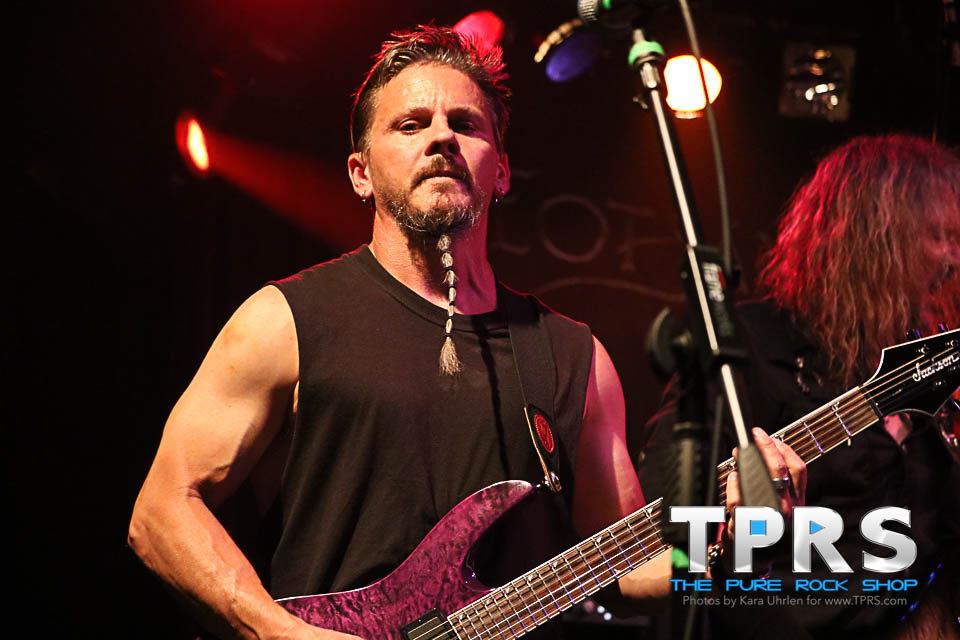 Obviously, since the band has a deep back catalogue, especially their epic debut release in “Doomsday for the Deceiver”, Flotsam & Jetsam pulled out some thrash classics including “Hammer Head”, “She Took an Axe” from the aforementioned album.

If you were paying close enough attention to the man behind the drum set, you would have noticed drummer Ken Mary, who is well-known for his work for bands including Chastain, TKO, House of Lords and Alice Cooper. Ken had revealed earlier in the week that his legendary  band Fifth Angel had just signed to Nuclear Blast and would be releasing their 3rd album, The Third Secret in the fall of 2018. 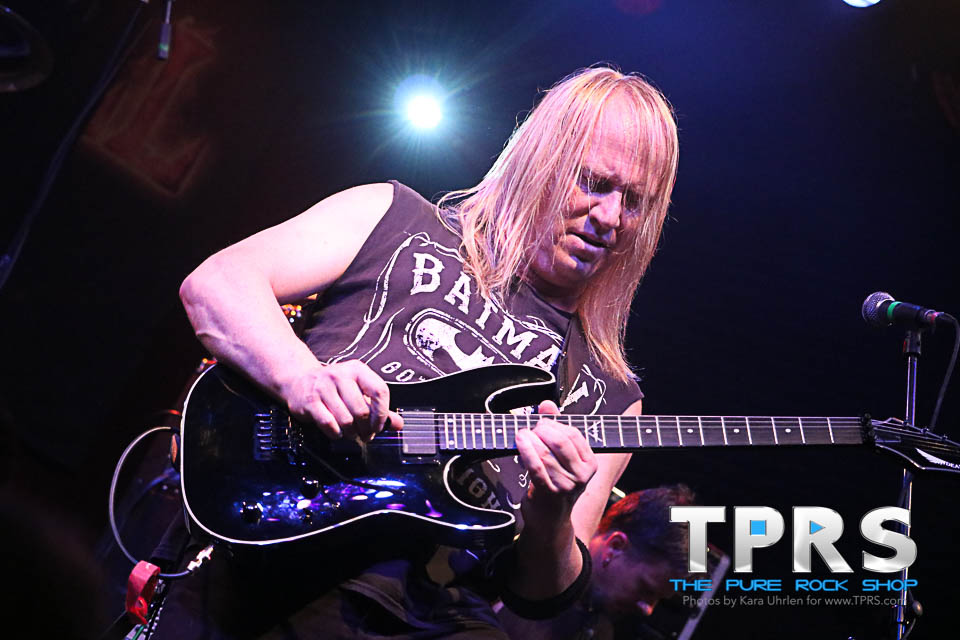 The real treat of the set came with the sinister sing-a-long “I Live, You Die” from the album No Place for Disgrace. So how does a band follow up such a killer track, by paying homage to Eric’s heroes Iron Maiden with an original song called “Iron Maiden” which tells the story of the torturous device and not ‘Arry and company. The song is eerily reminiscent of the Maiden classic “The Trooper” which featured the twin guitar attack of Steve Conley and Michael Gilbert.

Flotsam & Jetsam finished off the evening in fine thrashing style with the song “No Place for Disgrace”. 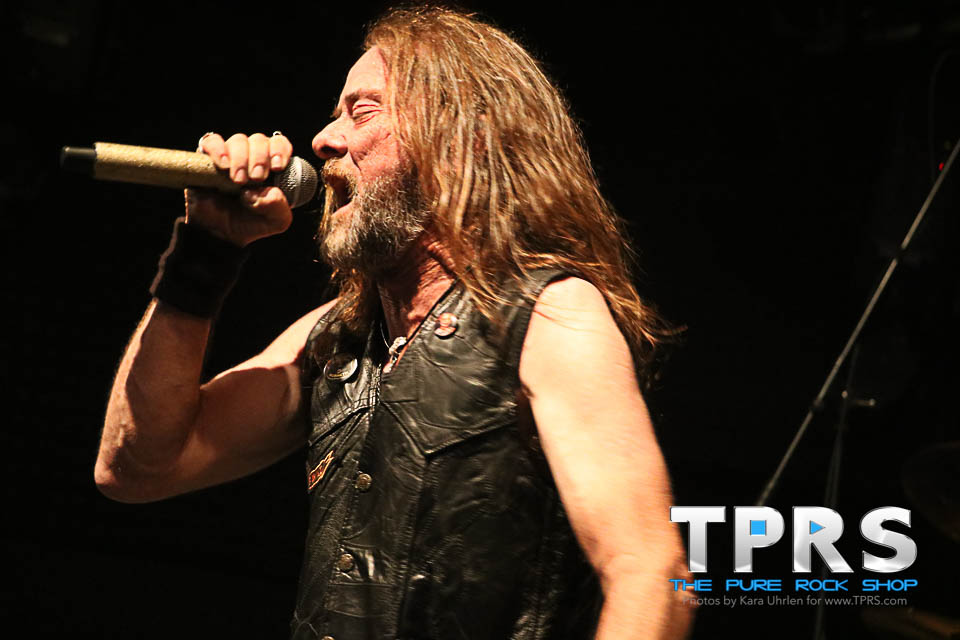 While Flotsam & Jetsam were working hard delivering an excellent show, kudos to the man working sound for them as The Rex Theater often times is a challenging venue for bands to sound up to standard.

On the other hand, the mighty HammerFall from Sweden hadn’t graced a stage in Pittsburgh in 20 years!  Far to long a time, yet they were still welcomed like conquering heroes! 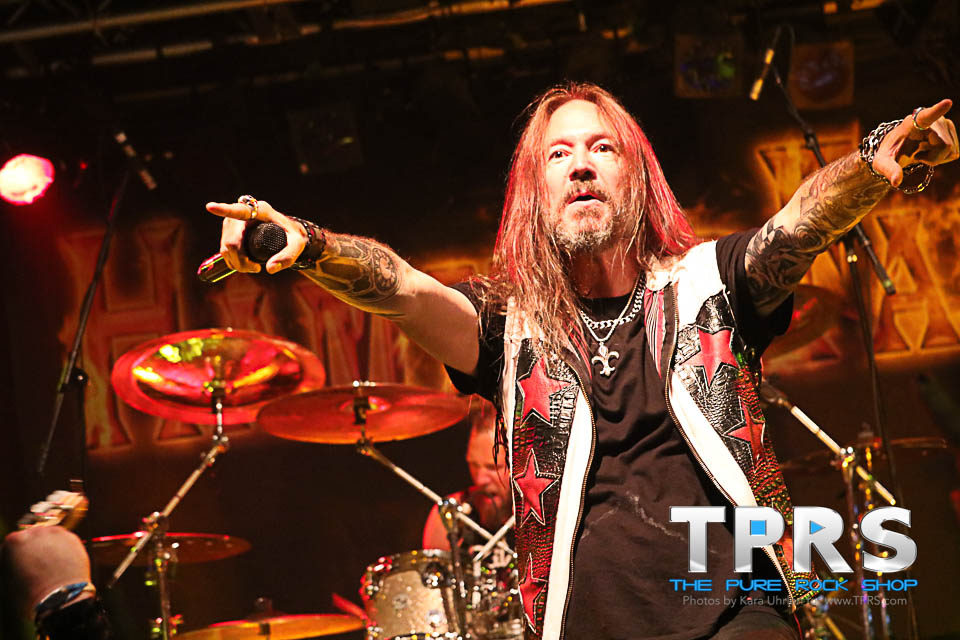 Opening with “Hector’s Hymn”, it was obvious from the start Joacim and company would once again deliver a storming set of traditional heavy metal.  Following up with the powerful “Riders of the Storm” HammerFall had the crowd in the palm of their hands immediately. 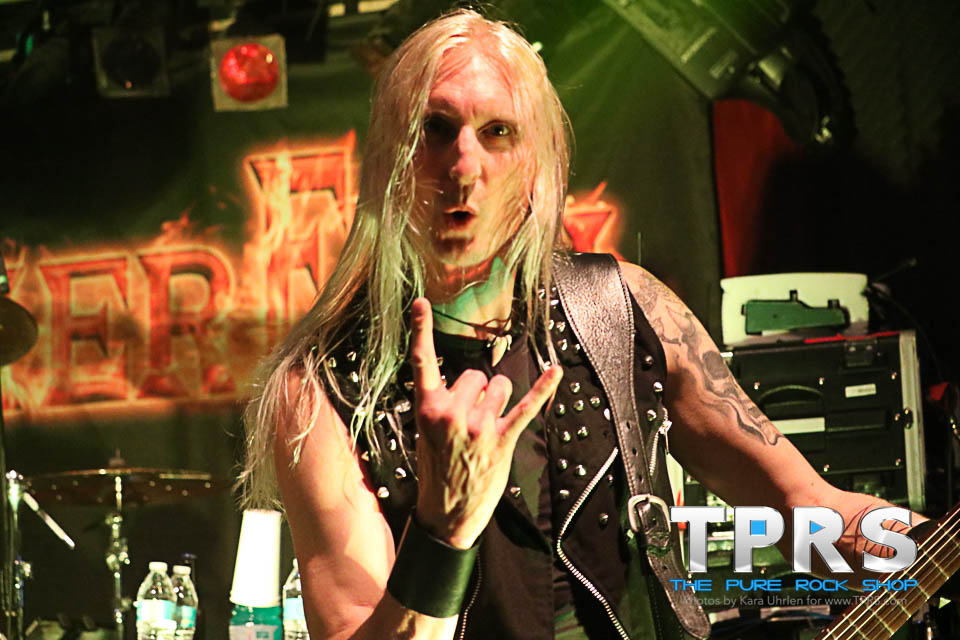 “Renegade”, “Any Means Necessary”, “Crimson Thunder” and my personal favorite “Last Man Standing” had the raucous crowd singing along with every verse.

The medley from the Legacy of Kings release had me wishing for the whole tracks.  Which becomes a good problem to have when your back catalog is so strong.  So many great songs, and not enough time! 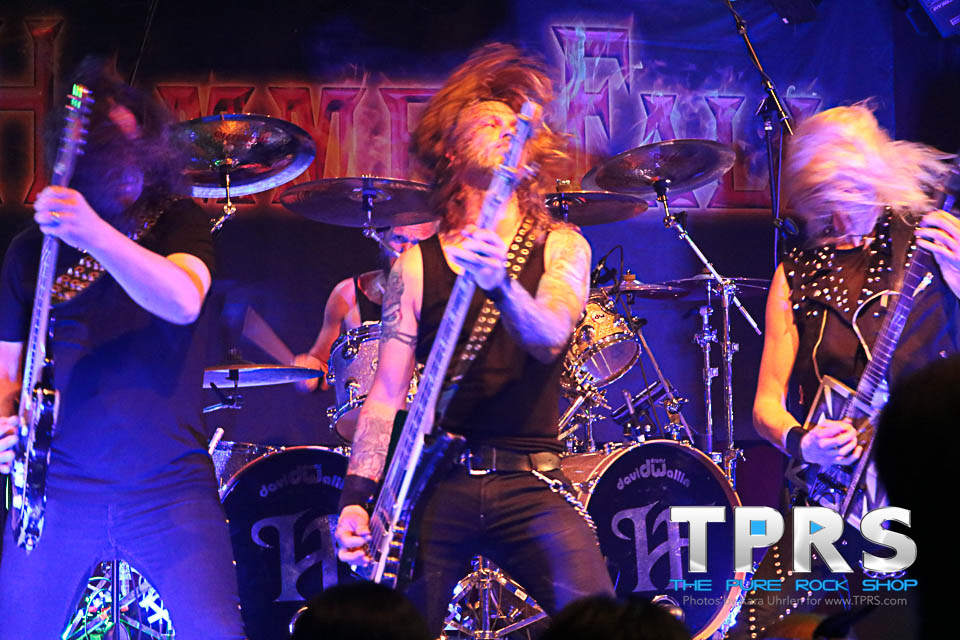 Finishing with “Hearts on Fire”, HammerFall had given their all and left the crowd hungry for more.  They promised to come back again before another 20 years pass, and the crowd at The Rex Theater will certainly hold them to it.

When HammerFall debuted in June of 1997, the global heavy metal scene was grim at best.  HammerFall certainly deserve credit for the resurgence in traditional metal at the time and continue fly the flag Hammer High!