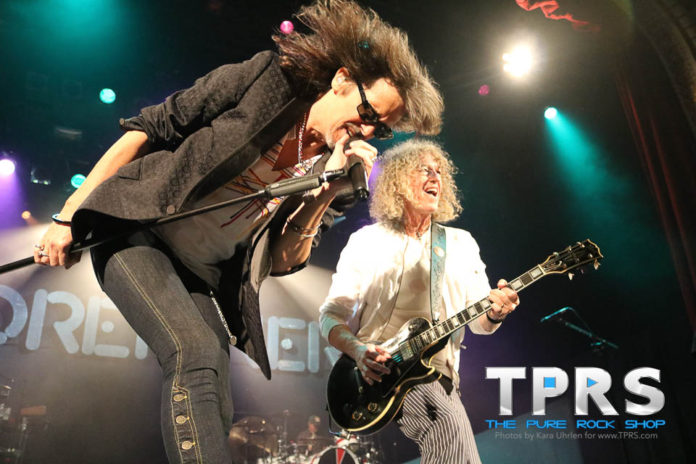 Fans east of Pittsburgh were treated to an evening with Foreigner at the Palace Theater in Greensburg, PA, a historic venue that hosts a variety of concerts and local theater events, which was packed in tighter than we’d ever seen it on March 8th.  As the band jumped right in with “Double Vision” the crowd sat still, so vocalist Kelly Hansen made it his duty by song three to visit some of the seated guests and encourage them to show a bit more enthusiasm during one of the band’s biggest hits, “Cold as Ice.” 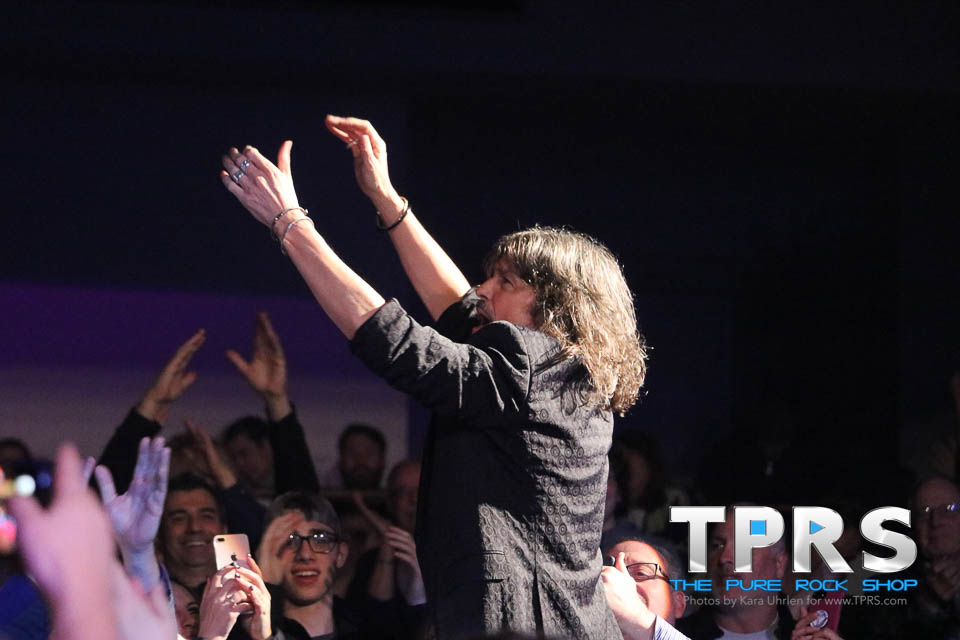 And while the crowd may have tried to take a rest during one of the few slower moments of the evening, as the band performed the ballad “Waiting for a Girl Like You,” Kelly’s antics continued soon enough. Naturally, he encouraged all the women to stand up for “Dirty White Boy.” 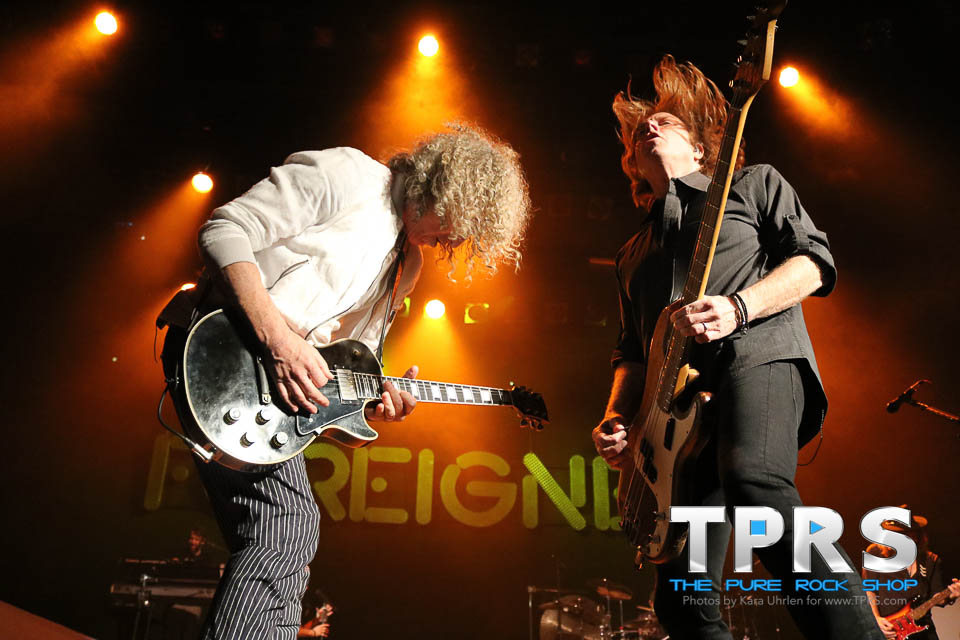 One of the best things about this band is the amazing talent it brings forth, allowing new interpretations of Foreigner classics like “Say You Will” with a flute intro from Tom Gimbel and an acoustic arrangement by bassist Jeff Pilson.  This song opened up the opportunity for Foreigner to perform with the 21st Century Symphony Orchestra last spring, leading to a new album and additional symphony dates here in the US. 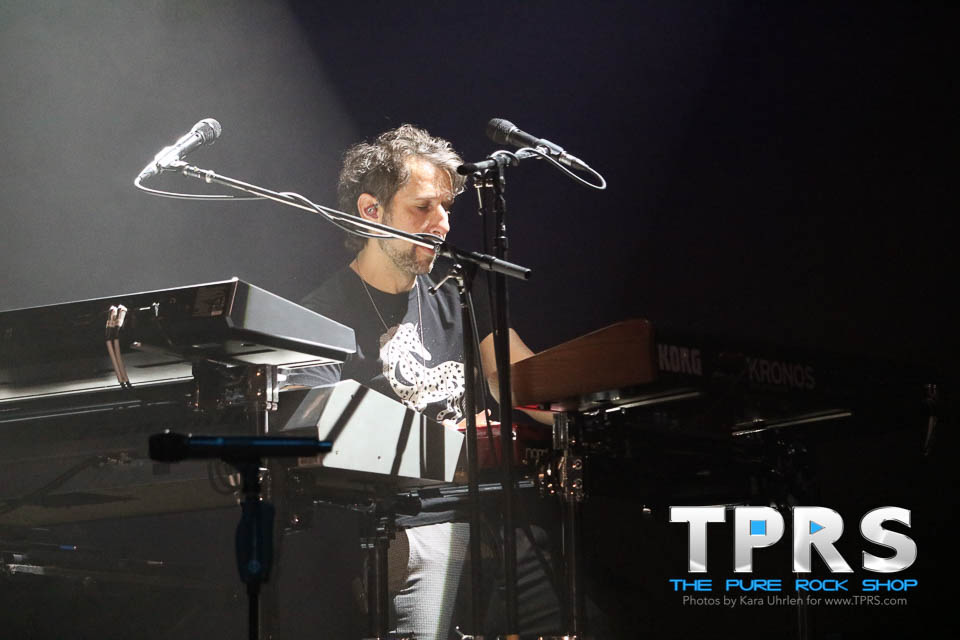 One of the perks of an “evening with” type of show is that the band has a bit more time to showcase their individual talents with solos, this night was no exception, but instead of your typical drum solo, Chris Frazier was joined by Michael Bluestein on keys for a unique and extended introduction to “Jukebox Hero.” 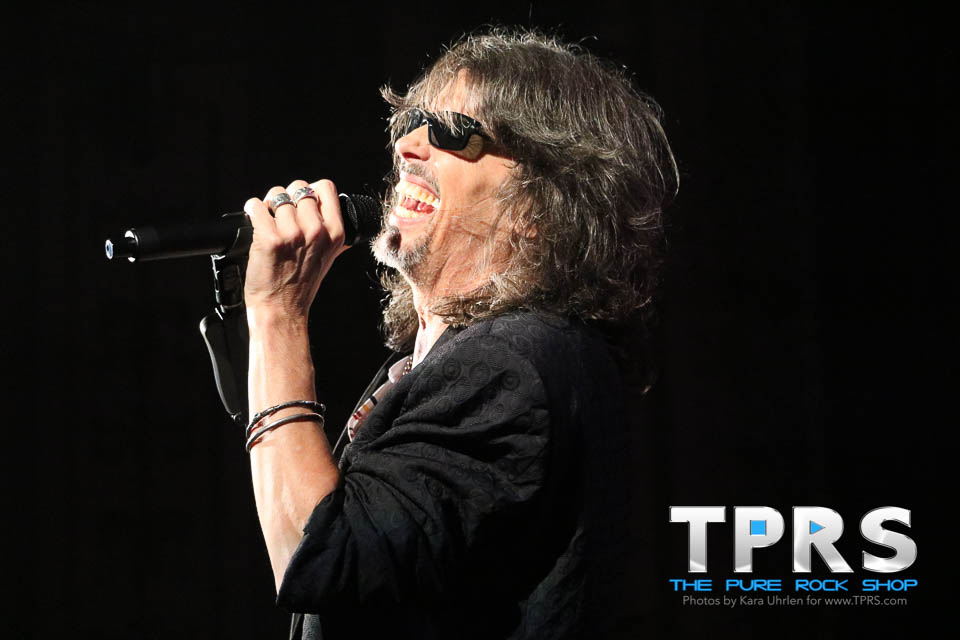 Also noteworthy is the continued support of the local community with each and every Foreigner show.  The Shriners Hospital sold off CDs along with raffle tickets to win a guitar at the performance, and the band invited a local chorus group from Jeannette Senior High School to join them on stage for “I Want to Know What Love Is” as they encouraged support and funding of music programs at local schools. 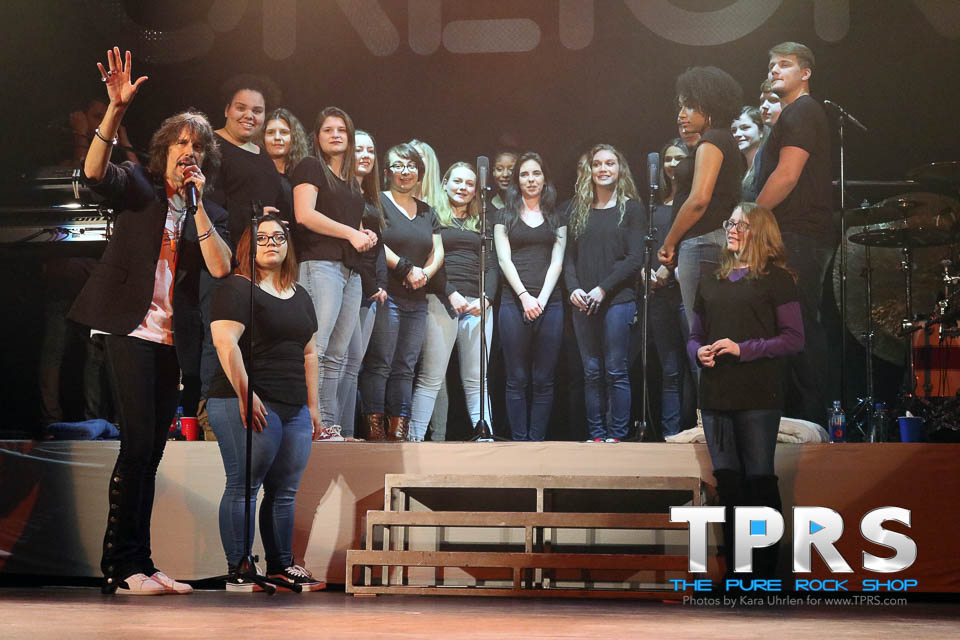 As seems to be tradition as they finished off the evening, Foreigner mixed things up with their own version of “musical chairs” as Michael Bluestein took over bass guitar duties, Jeff Pilson played the keys, and Kelly Hansen assisted Chris Frazier on drums for their last song of the evening “Hot Blooded” making it quite a memorable night. 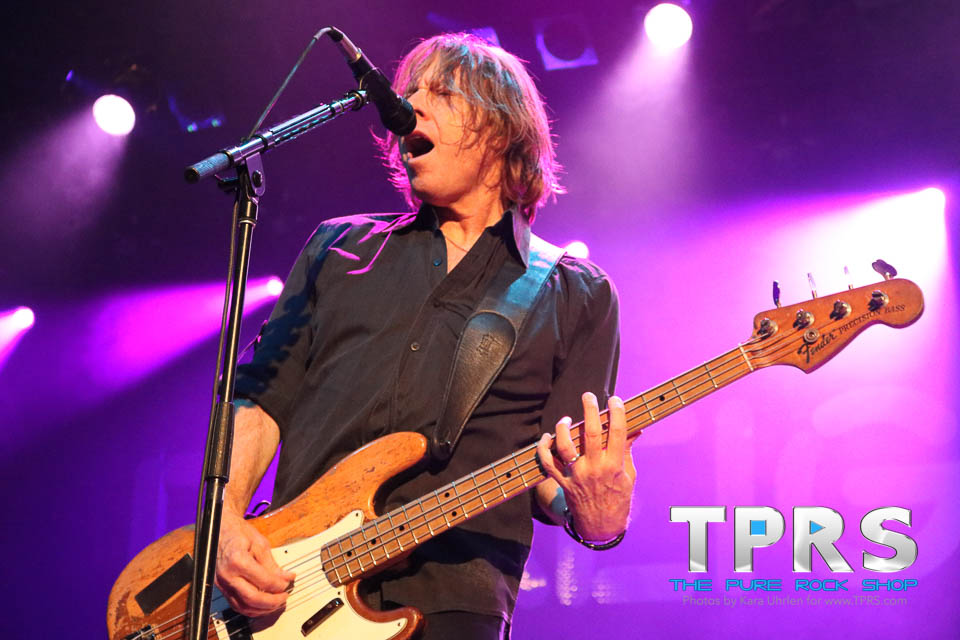 If you missed it, not to worry, it won’t be long before Foreigner returns locally to Burgettstown as they join former Foreigner drummer Jason Bonham and his band Jason Bonham’s Led Zeppelin Experience for another summer tour along with Whitesnake.  You can get the details on the latest Foreigner news from our interview with Jeff from WNJR 91.7 in Washington, PA here.