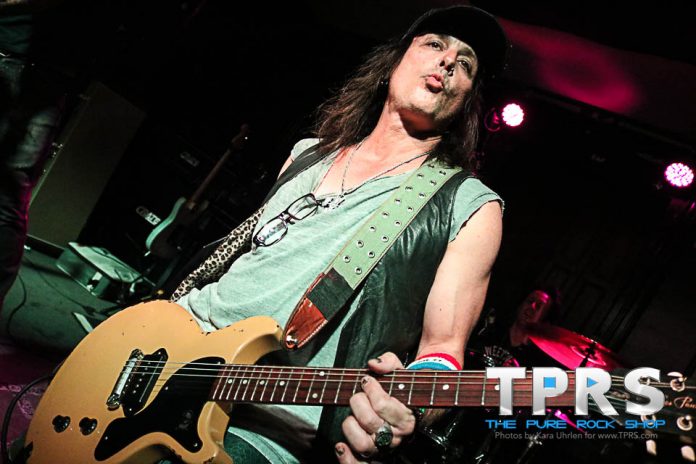 Alice Cooper band members Ryan Roxie and Tommy Henrikson (guitar and lead vocals), Chuck Garric (bass and lead vocals), and Glen Sobel (drums), calling themselves “Glen Sobel and the Goon Squad” these days, performed a very intimate and entertaining show at the Smiling Moose on Southside where the ceiling was draped with a sheet, the front row took turns playing roadie, and the crowd parted around a set of steps which served as the only entrance to the stage.

While quiet a departure from the caliber of the stage show found at the full Alice Cooper show the following evening, the band’s performance at the Smiling Moose was raw, comical, and a total blast! 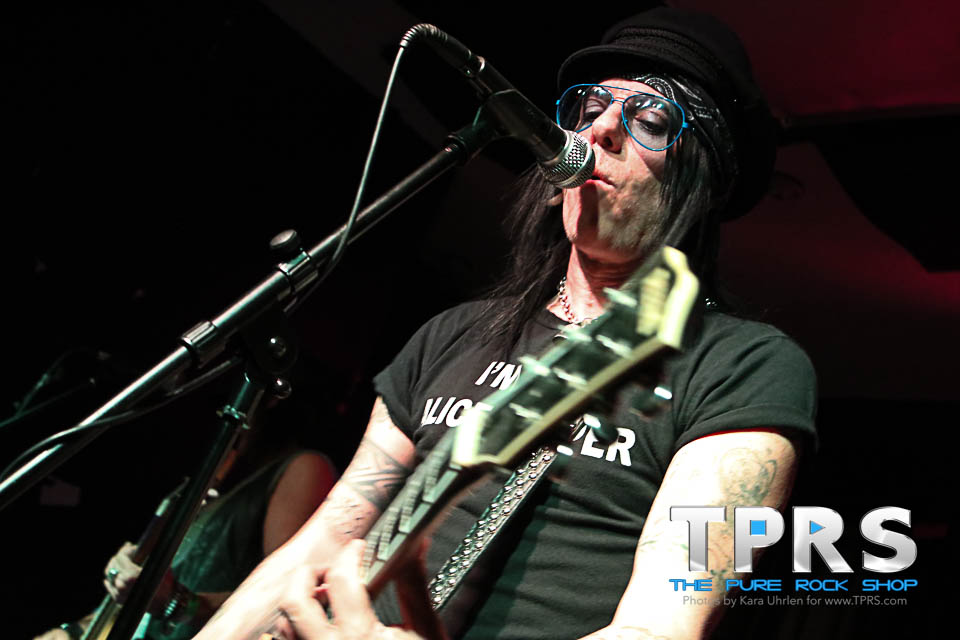 Tommy, Ryan and Chuck took turns fronting the band and performed some of their favorite songs from influences like the Ramones, Cheap Trick, and Motorhead, as well as their own solo material like “StarStruck” from Tommy’s 2017 solo album, “Me Generation,” from Ryan’s new album Imagine Your Reality, or one of Chuck’s favorite Beasto Blanco cuts from his band’s self-titled sophomore release, “Grind.” 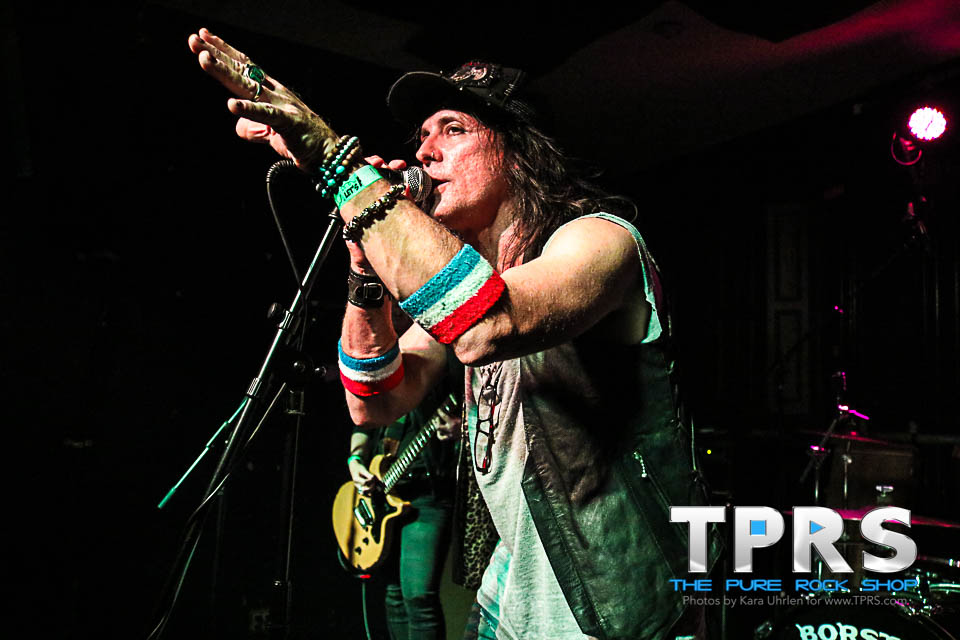 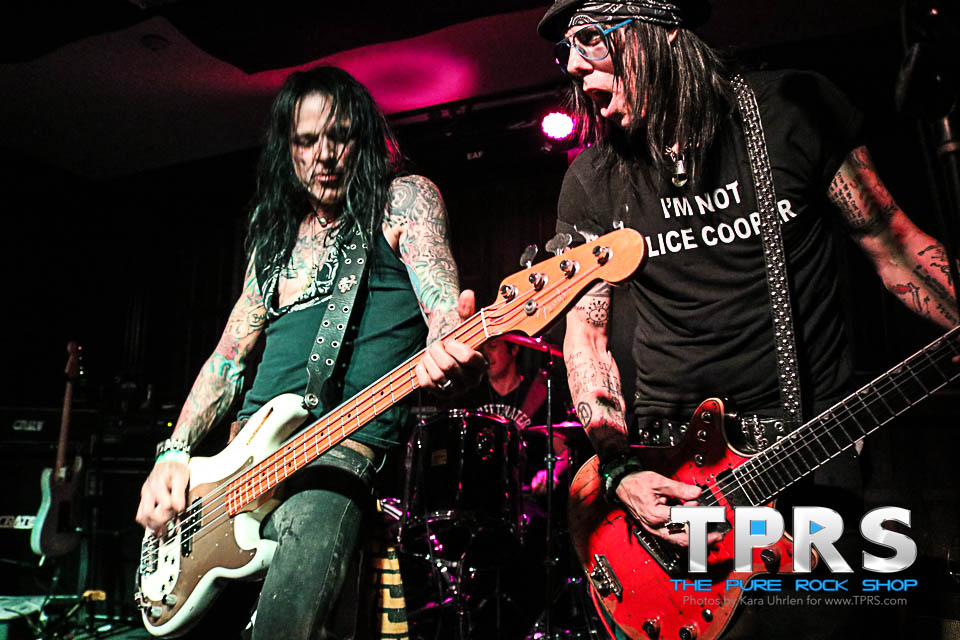 From the witty commentary during stage set-up to the additions of “Kumbaya” and “Freebird” where you’d least expect them, these guys had us entertained at hello and left the small but rowdy crowd wanting more as they ended with the Alice Cooper classic “School’s Out.” 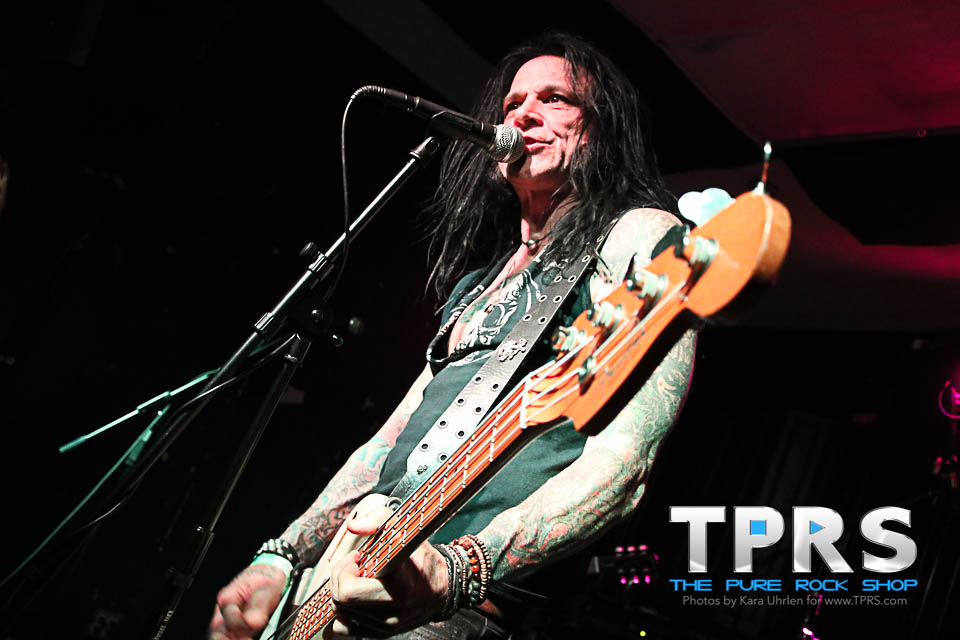 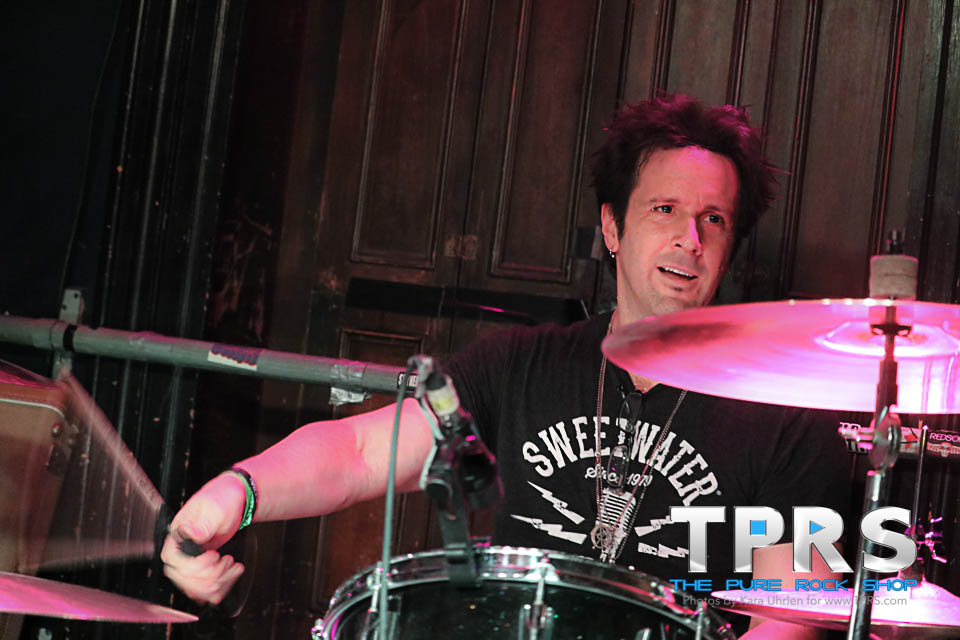 Notably missing from the show this year was guitarist Nita Strauss who had performed and greeted fans at nearby Guitar Center performing some Alice Cooper and Iron Maiden while showcasing her signature Ibanez guitar and other endorsed gear.

And, don’t miss our advance interview from 91.7 FM WNJR Washington/Pittsburgh with Ryan Roxie. Also, be sure to check out our more in-depth interview regarding Ryan’s solo album here, and, the latest of Chuck’s band Beasto Blanco here.