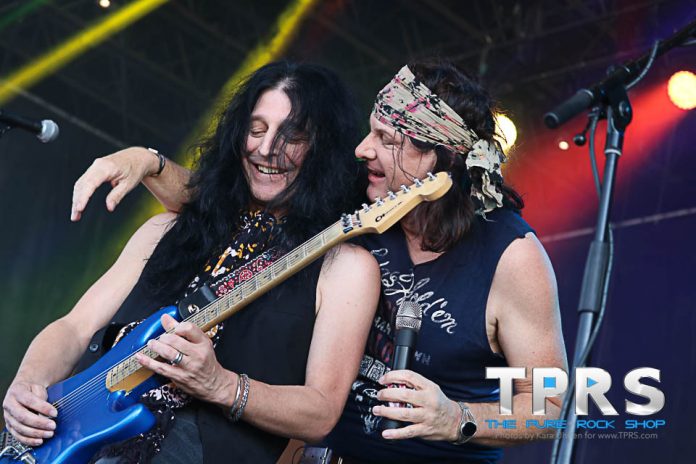 Grand Rocktember VI at the Grand Casino Amphitheater in Hinkley, MN kicked off strong with an extra day this time around, beginning on Thursday, September 6 with VAIN fronted by Davy Vain, with Tommy Rickard on drums, Ashley Mitchell on bass and Joel Proto and Cat Casino on guitars. 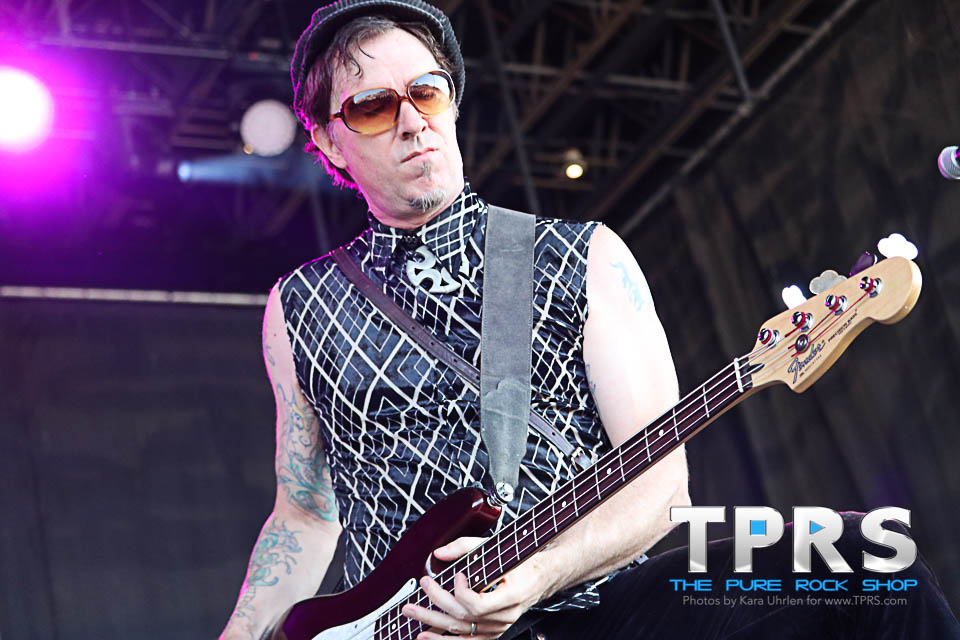 Notedly missing was original guitarist Dylana Nova who posted an explanation on her Facebook page in reply to fan comments regarding the show.

“Due to my responsibilities and personal journey here in Nashville, I was not able to commit to the tour schedule so I won’t be with the guys on stage for awhile. I’m confident that we’ll perform together again someday and I will definitely appear on future recordings. We’re all in contact with one another and we are on the same page – there is no drama – nothing but love and support for each other.”   Dylana Nova 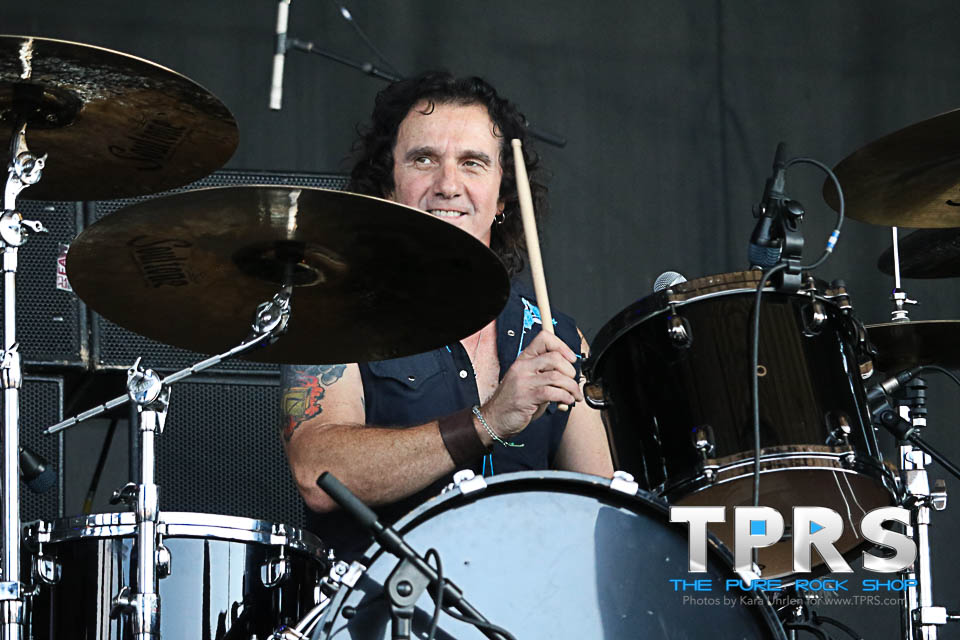 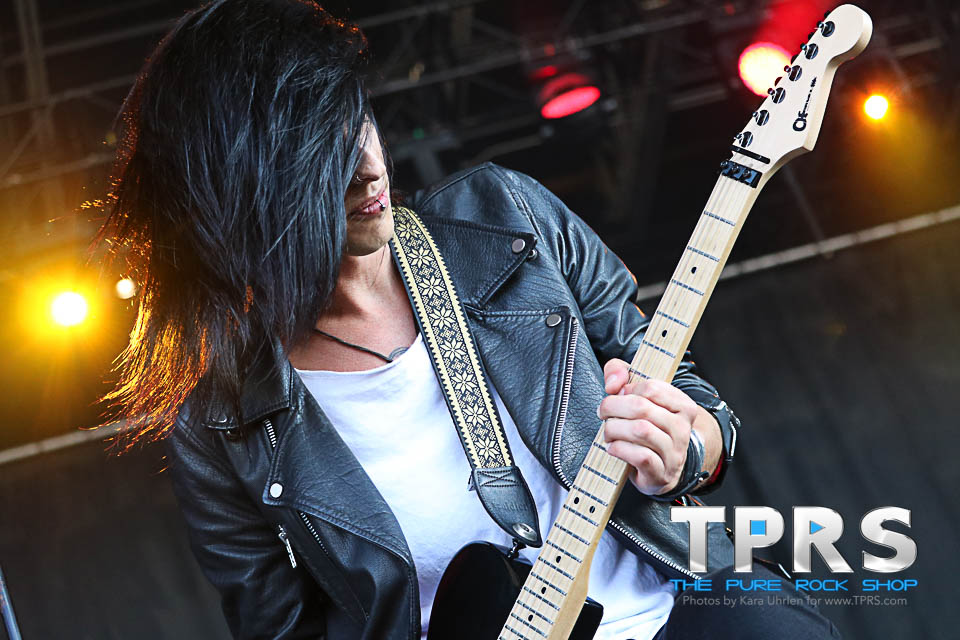 Vain delivered as expected, pulling out favorites like “Icy,” “Beat the Bullet” and “1000 Degrees” and from their 1989 No Respect album, which has more than stood the test of time, along other excellent selections from their catalog like “Whisper” from Move on It and “Greener” from Enough Rope.  The only thing disappointing about this band is that we have yet to see them perform a headlining show with a full-length set.  But we will certainly take what we can get and can’t wait to catch them again in February on the Monsters of Rock Cruise.

It is hard to say what was more entertaining our advance interview with Mr. Big’s Eric Martin, the humorous pre-show phone calls we exchanged, or the excellent Eric Martin Band Performance from this charismatic frontman and his band featuring TRIXTER’s Steve Brown on guitar, PJ Farley on bass and drummer Joey Cassata. 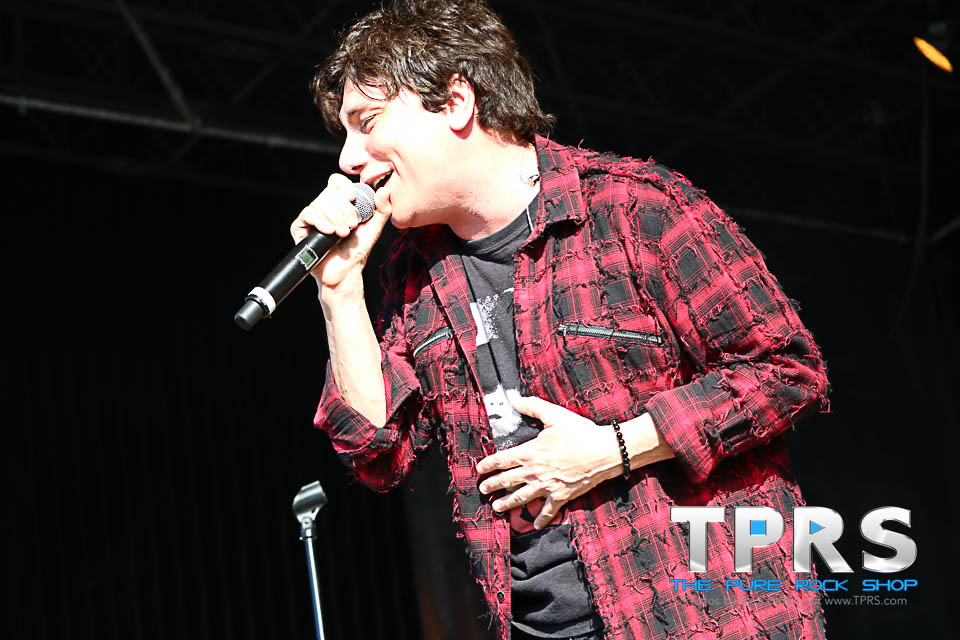 EMB kicked off strong with Mr. Big’s “Wind Me Up,” “Cinderella Smile,” and “Daddy, Brother, Lover, Little Boy,” and also featured a few big ballads like his cover of the 1970 Cat Stevens’ classic “Wild World” and Mr. Big’s “To Be With You.” 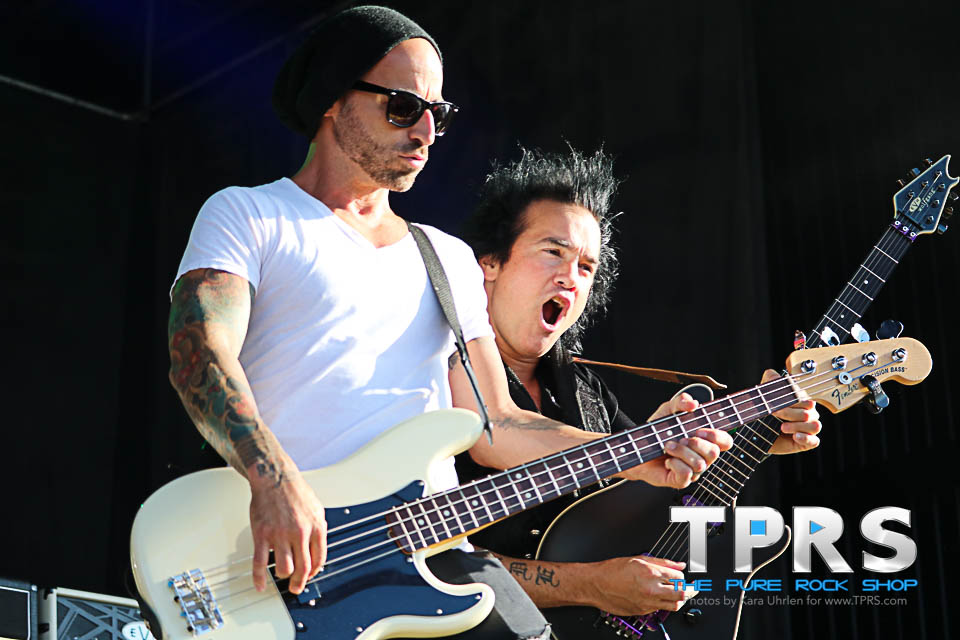 With the TRIXTER guys on hand, the set also included “One in a Million” and “Give it to Me Good” before bringing us up to speed with the bluesy favorite from Mr. Big’s latest studio album Defying Gravity “Everybody Needs a Little Trouble.” 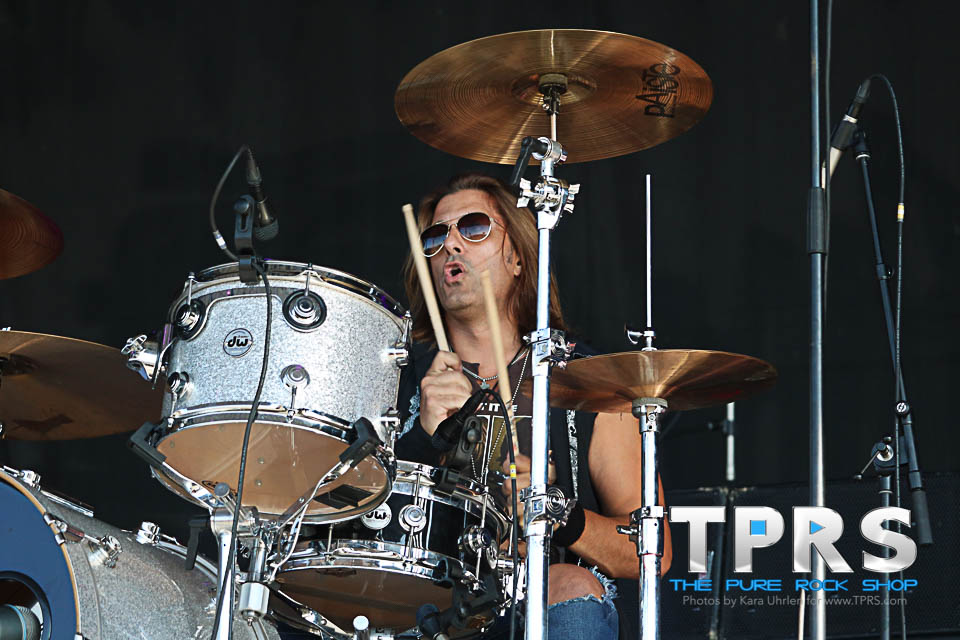 With Y&T’s Dave Meniketti’s back troubles keeping him off the road, the Great White band was a welcome addition to Thursday’s line-up with their new vocalist Mitch Malloy finding his momentum with with both the classics and newer cuts off the band’s latest Full Circle release. 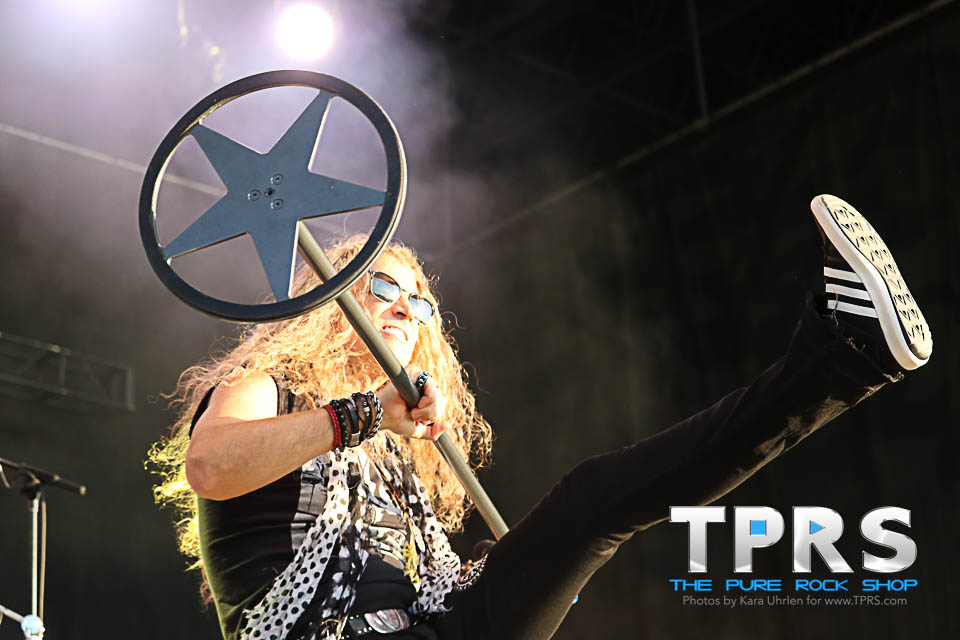 We caught up with guitarist Mark Kendall on WNJR 91.7 FM following the departure of Terry Ilous to explain the story behind the line-up change. It’s definitely worth checking out how Mitch came to join Mark Kendall, the multi-talented Michael Lardie, bassist Scott Snyder and drummer Audie Desbrow in Great White.

As has been tradition on this summer tour, Great White kicked off their set with “Alright” before taking us back with “Lady Red Light” and “Desert Moon.” 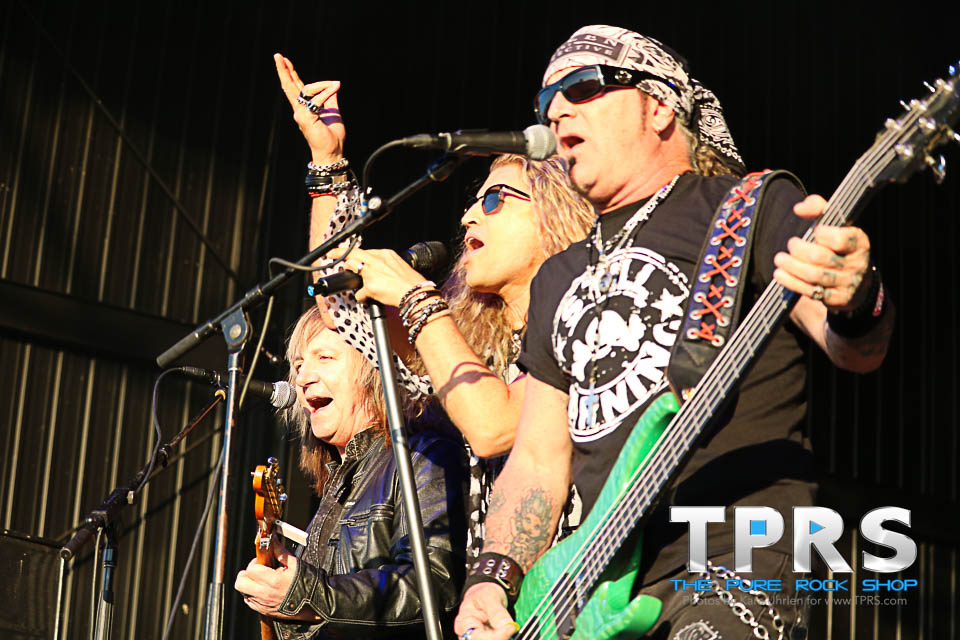 The set also featured “Mistabone” and “Rock Me” as well as covers of The Angels (Angel City) cut “Face the Day.” Naturally, their set concluded with their biggest hit, a cover of Ian Hunter’s “Once Bitten, Twice Shy.” 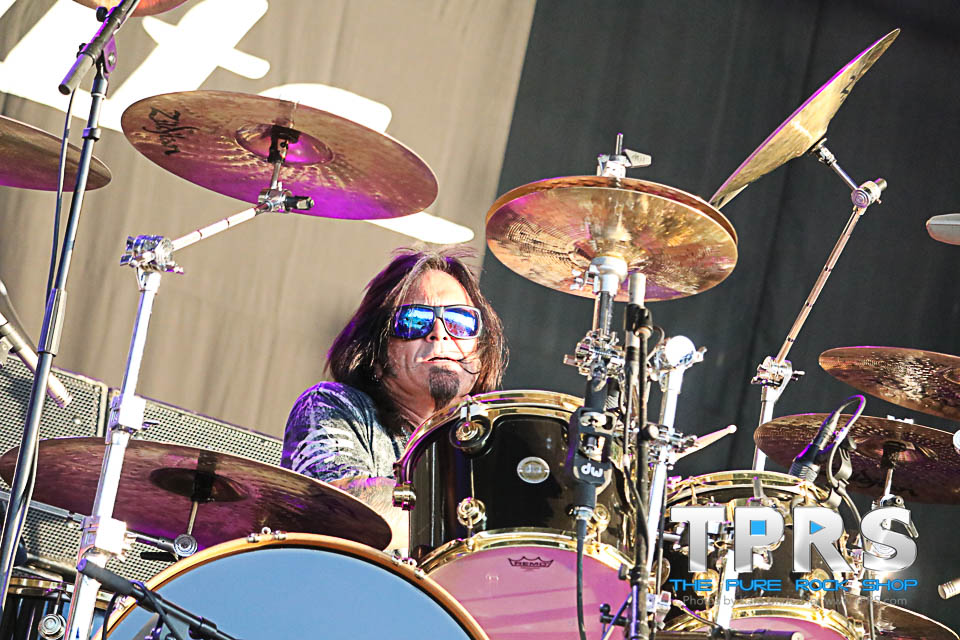 Topping Thursday’s line-up was Skid Row, another band that has gone through a few frontmen over the years, and is currently featuring DragonForce’s ZP Theart on vocals. Theart was joined Rob Hammersmith on drums, and original members Scotti Hill and Snake Sabo on guitars and Rachel Bolan on bass. 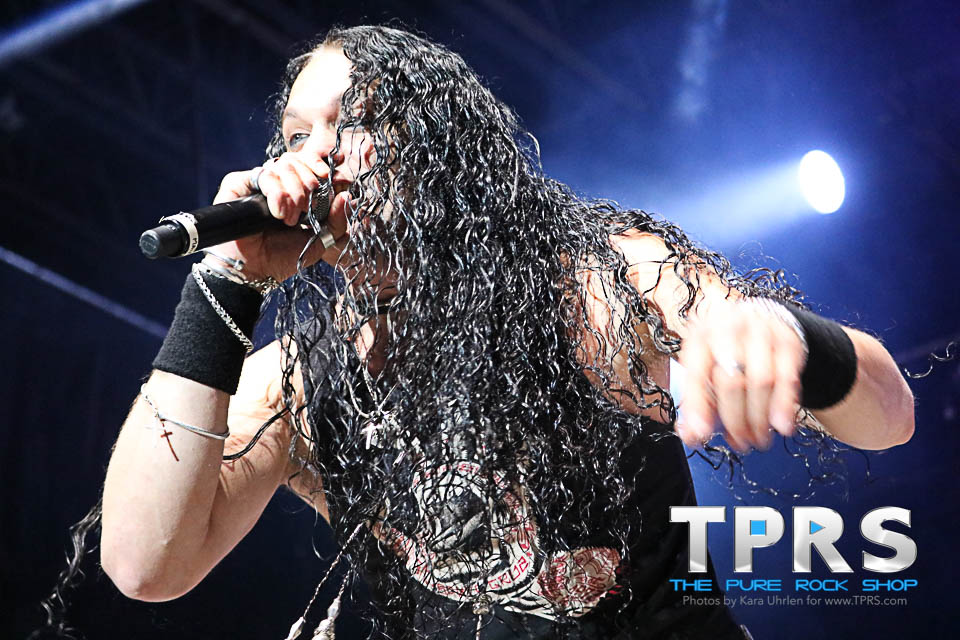 Proving without a doubt that they were the heaviest band of the day, Skid Row introduced their set with The Ramones “Blitzkrieg Bop” before tearing through the title track of their sophomore release “Slave to the Grind” and “Sweet Little Sister.” 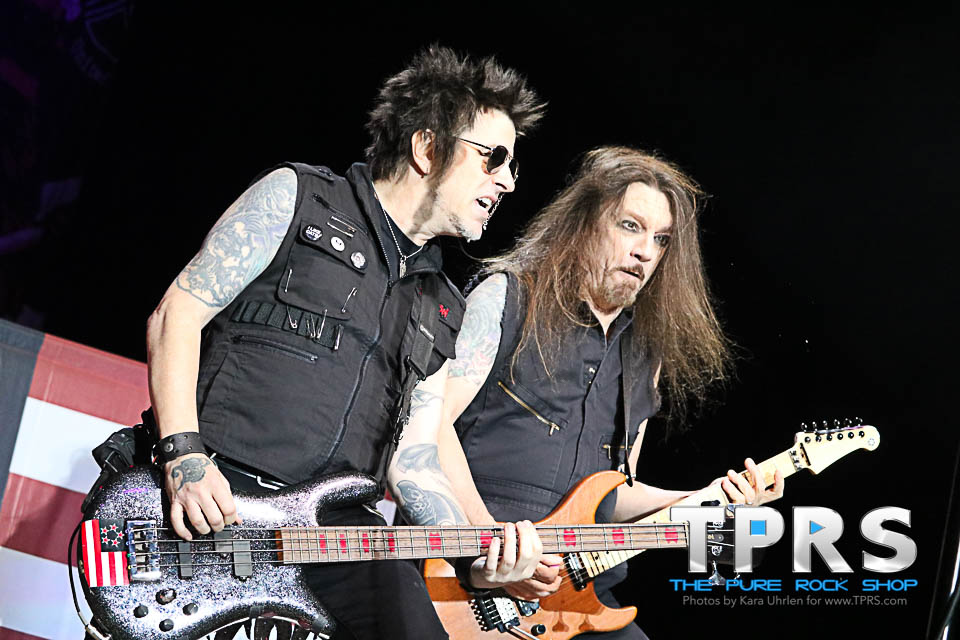 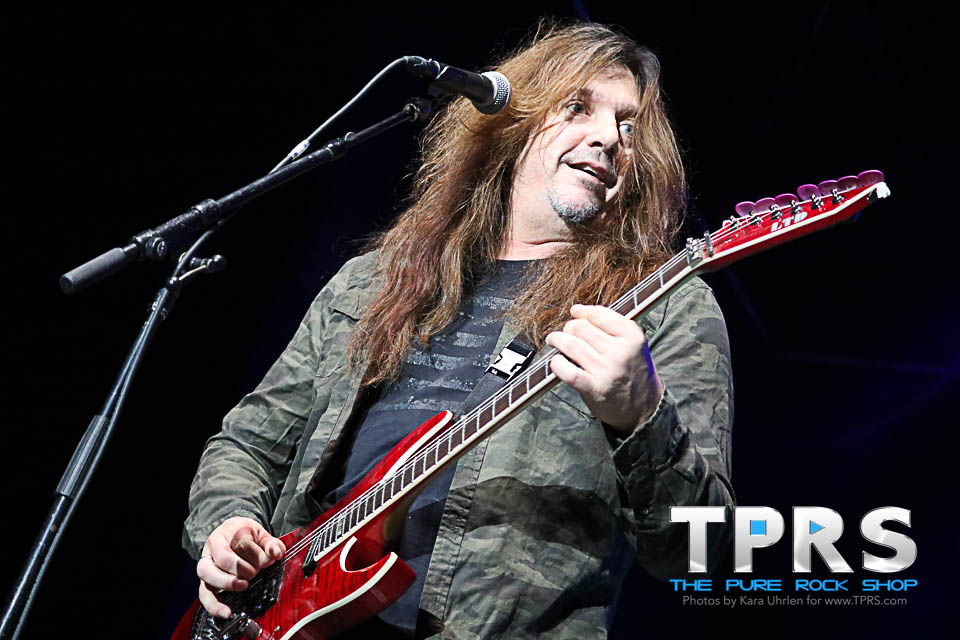 And as the evening grew cold, they showed no signs of letting up with an encore that featured the ballad “I Remember You” before ending strong with “Youth Gone Wild.” 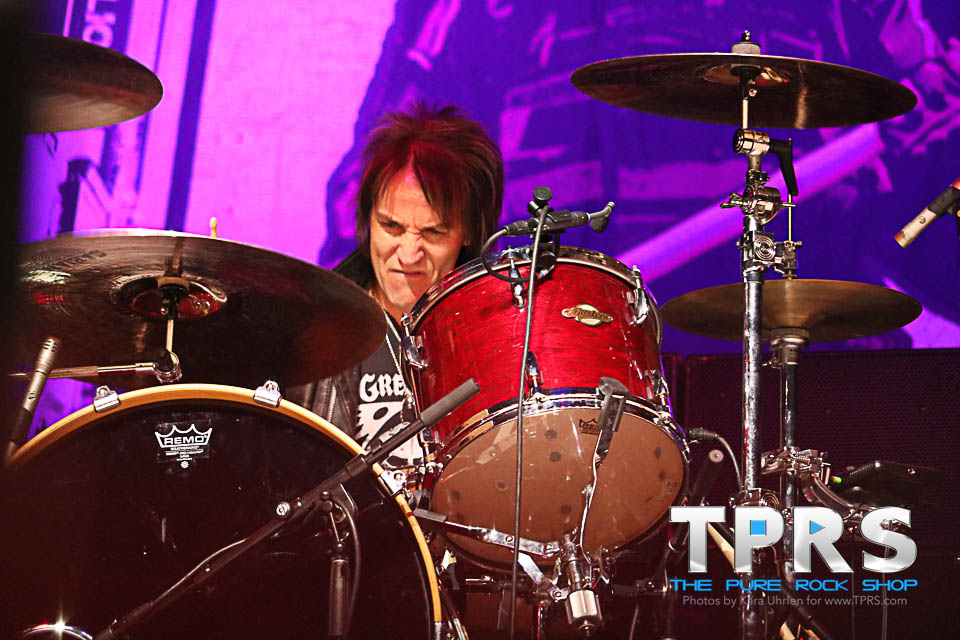 Check out Day 2 with KIX, Winger, Stryper, Scrap Metal and Dokken coverage, and follow us @ThePureRockShop for the latest news including more coverage from Grand Rocktember.