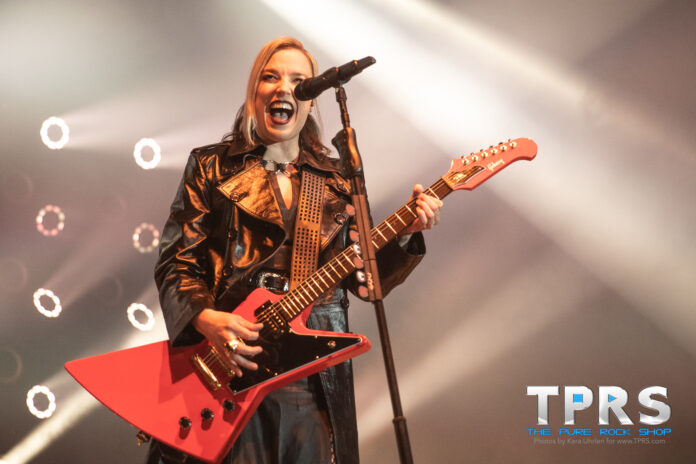 I’ve seen Black Stone Cherry’s logo on festival line-ups but never caught them live before this show.  They are fronted by Chris Robertson on lead vocals and guitar, and he is joined by Ben Wells on guitar, Steve Jewell on bass, and John Fred Young on drums.

Their set kicked in with a song called “Mary Jane,” and the hooks and chorus drew us in immediately.  Other standouts included “Again” and the sing-along groove of “Blame it on the Boom Boom,” before closing out their eight-song tease with “Train.”

I was beyond impressed with Black Stone Cherry’s vintage rock groove and loved the energy of the band, especially guitarist Ben Wells who kept us on our toes the entire set.  Bred from Kentucky more than two decades ago, I was shaking my head wondering how I’ve missed these guys.  Elements of funk, thrash, and classic rock were all blended with a southern vibe that left me wondering if they had been influenced by Lynyrd Skynyrd, Jackyl, Extreme or Suicidal Tendencies.  Perhaps the answer is all of the above?  I’m already exploring their catalog. 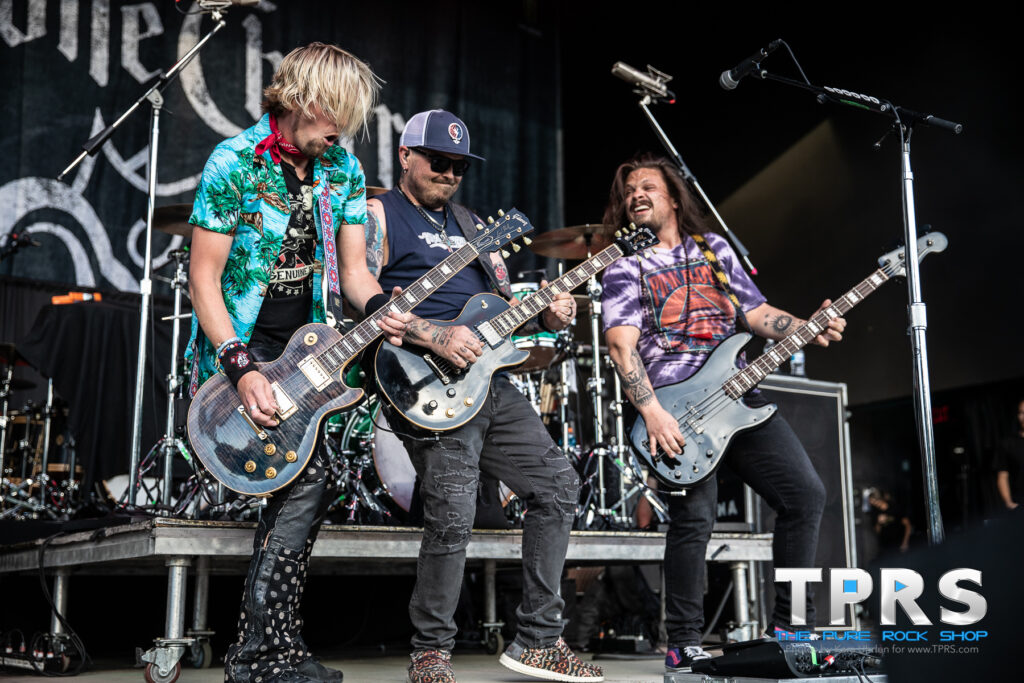 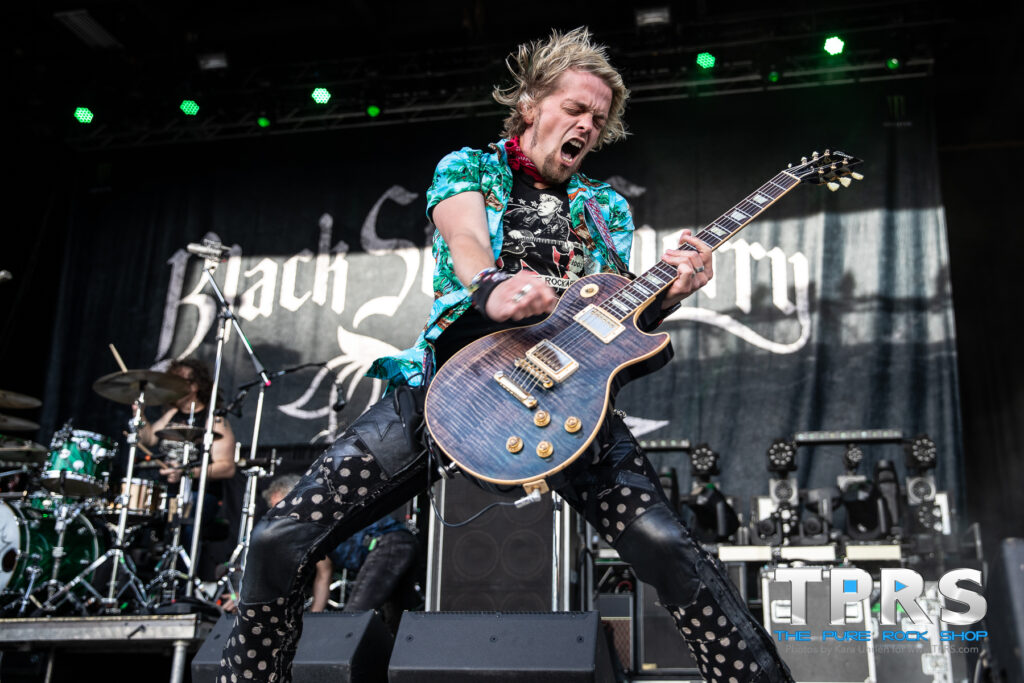 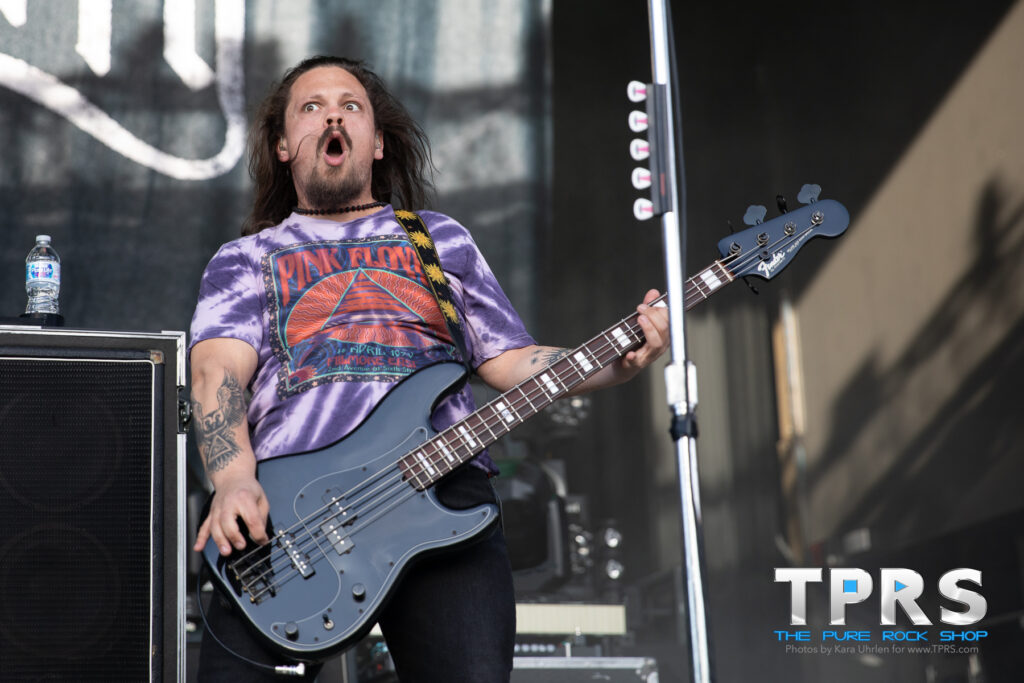 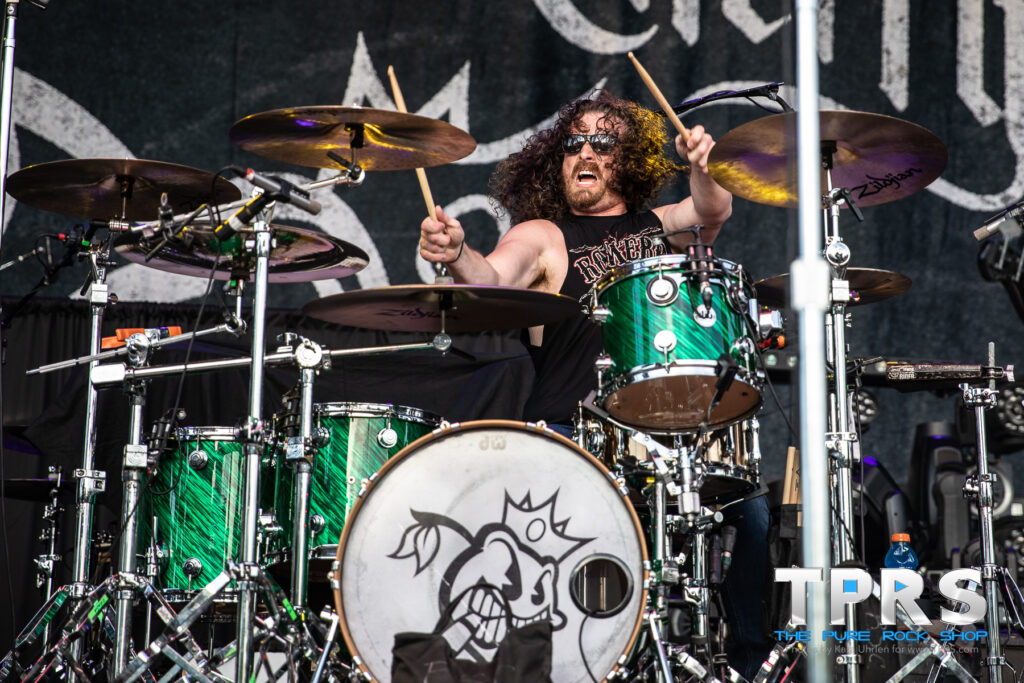 Next up was Stone Temple Pilots, who in contrast were tuned-down low with distortion, heavy on the bass and heavy on the old-school (actual) radio favorites.  They hit the scene when 90s alternative music was devastating to the genre of rock we cover here on The Pure Rock Shop website, but you can’t argue their popularity or resilience.

With Jeff Gutt leading the charge now and looking like an agent from the Matrix movies, Stone Temple Pilots are brothers Dean DeLeo on guitar, Robert DeLeo on bass (and backing vocals), and Eric Kretz on drums.

STP captured the crowd with countless favorites like the opener “Wicked Garden,” “Plush” and “Dead & Bloated” before ending their set with the big hit “Sex Type Thing.” 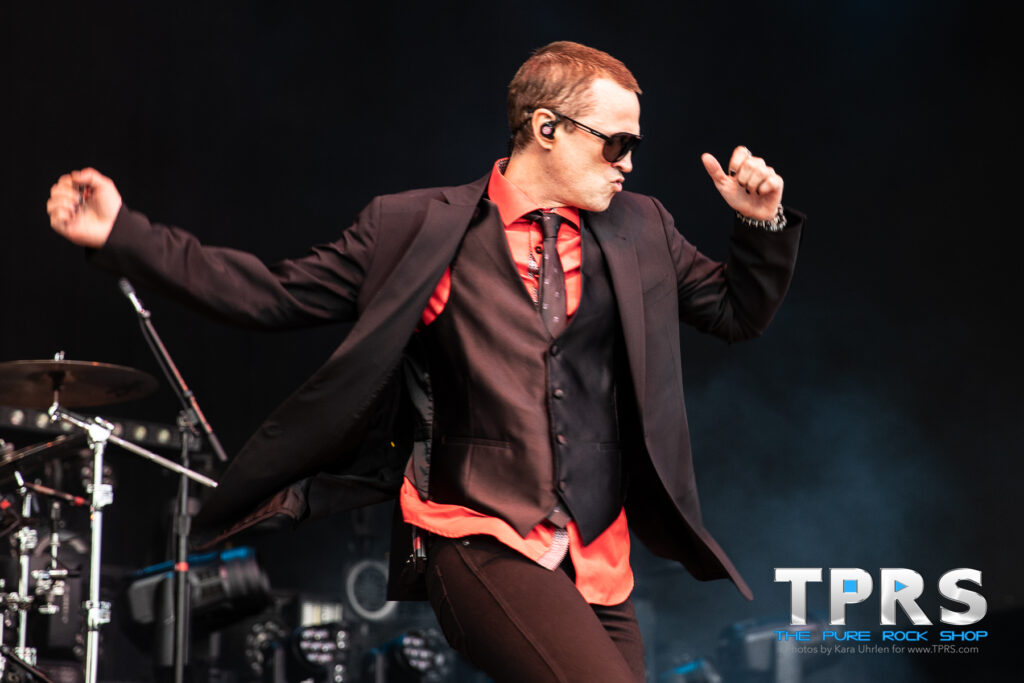 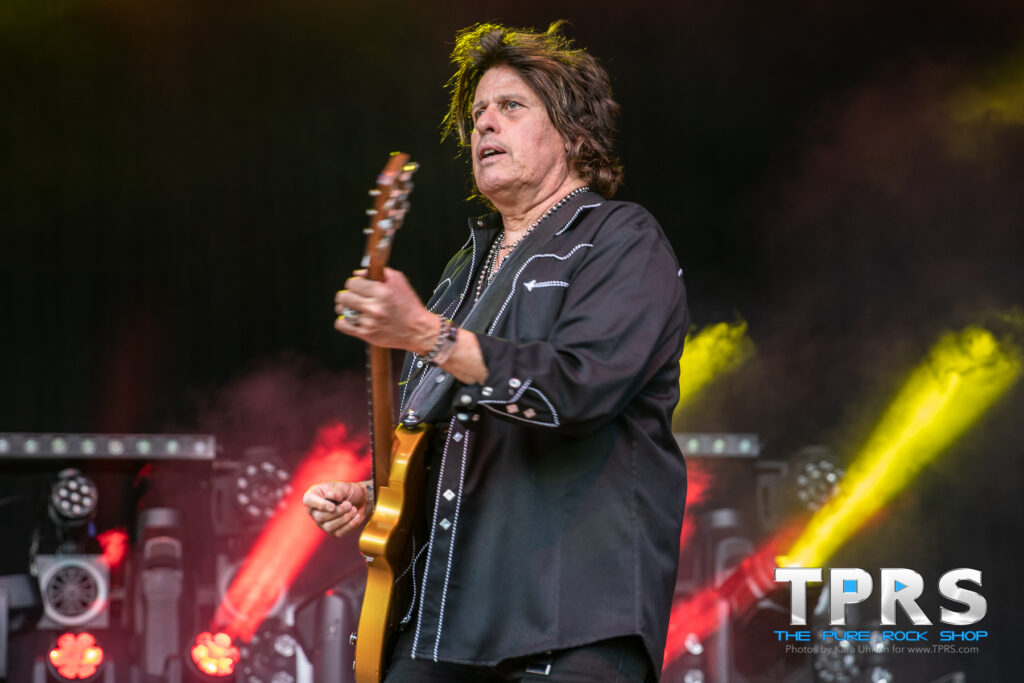 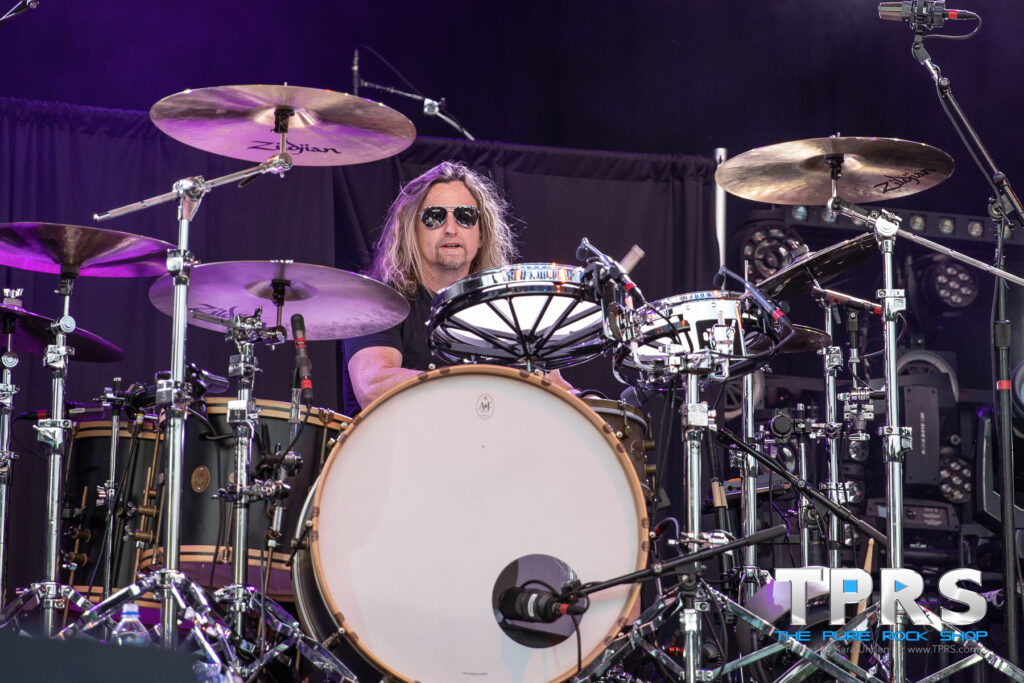 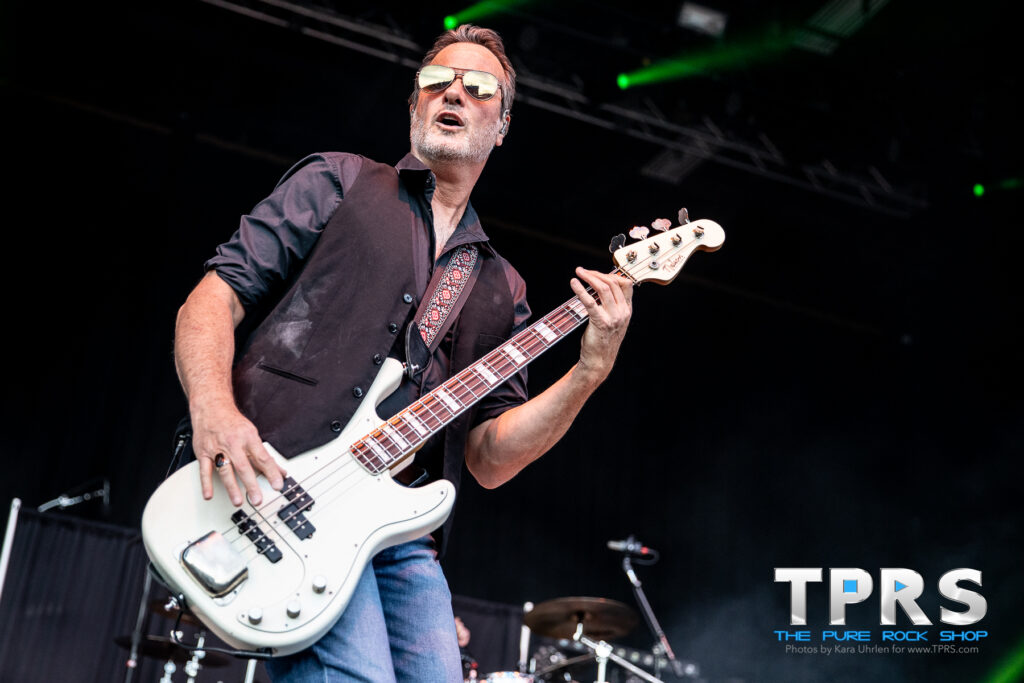 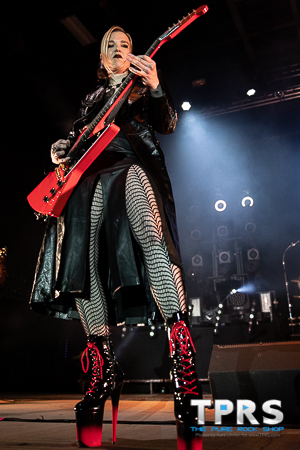 Halestorm has grown from a childhood dream of siblings Lzzy and Arejay Hale into one of the most celebrated rock bands of the last two decades. We have watched the band’s evolution and can remember early stories of Lzzy taking vocal lessons from KIX frontman Steve Whiteman (who we just saw headlining M3 Rock Festival’s Friday evening festivities).

Through the eyes of my daughter (now an eighteen-year-old who’s been listening to the band since she was five) and even much younger girls (who we found lifting their horns from the arms of their parents) Lzzy is just as Iconic a front woman as predecessors like Joan Jett and Pat Benetar. And her lyrics speak to all girls with cuts like “Strange Girl” and of course the ballad “Dear Daughter” (which was missed hearing last night). 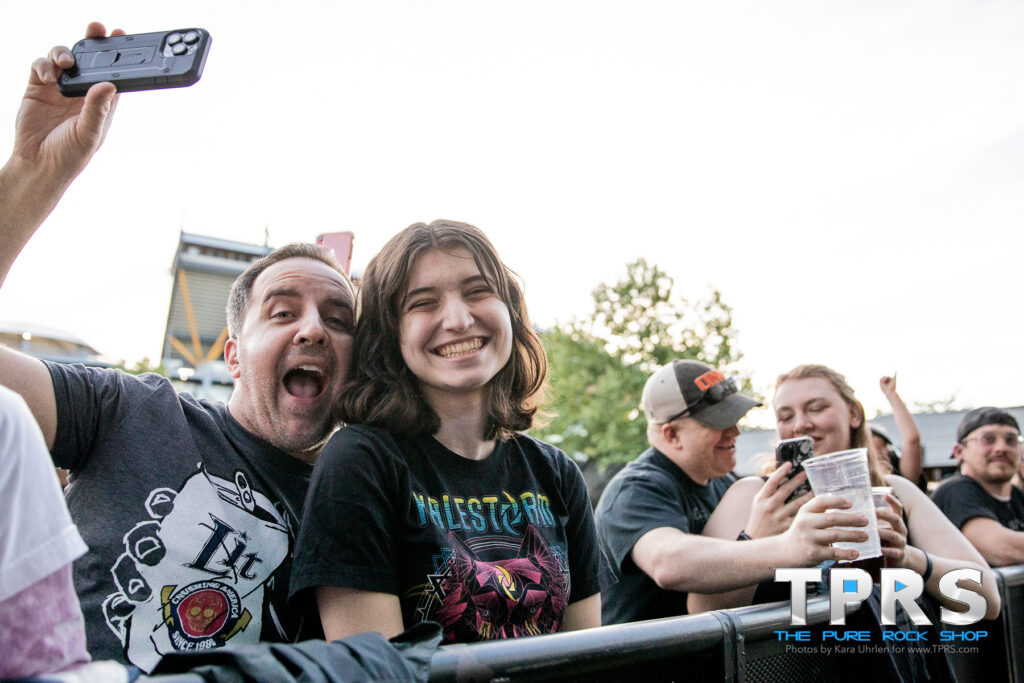 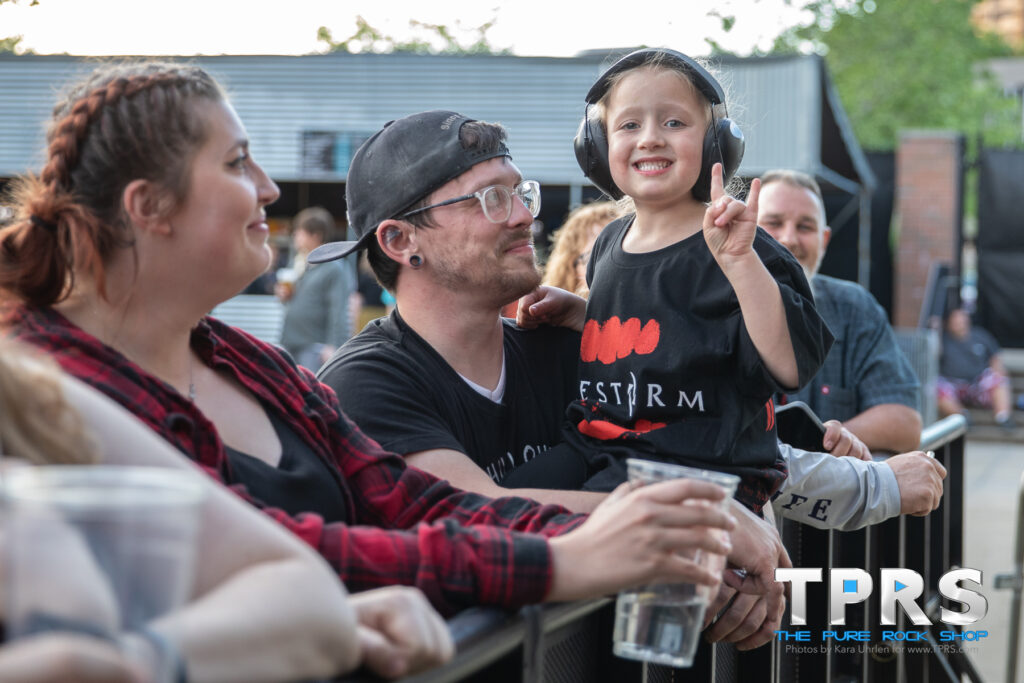 So, it appears that the third time was a charm as Halestorm was finally successful in performing here in Pittsburgh.  First Covid derailed their tour with Evanescence and then the rescheduled date this past January was cancelled due to inclement weather and an interstate closure.  This show was hot on the heels of their release, Back From The Dead, their fifth studio album and the follow-up to 2018’s Grammy Nominated Vicious.

Their setlist changes from night to night.  During this outdoor show at Stage AE, they offered a mix of new material as well as classics like “Apocalyptic” and “Freak Like Me.”  Other highlights included the insane drum solo from Arejay and the jam-fest of a finale with “I Miss the Misery.”  Their sound and lights were spectacular, and the drive behind this band had me singing (screaming) along with fists in the air the entire set.

With chart topping singles like “The Steeple” hitting the airwaves and your favorite streaming platforms, Halestorm continues this tour with some dates featuring Mammoth WVH, then in July, they can be found with an all-female lineup of The Pretty Reckless, The Warning, and Lilith Czar. 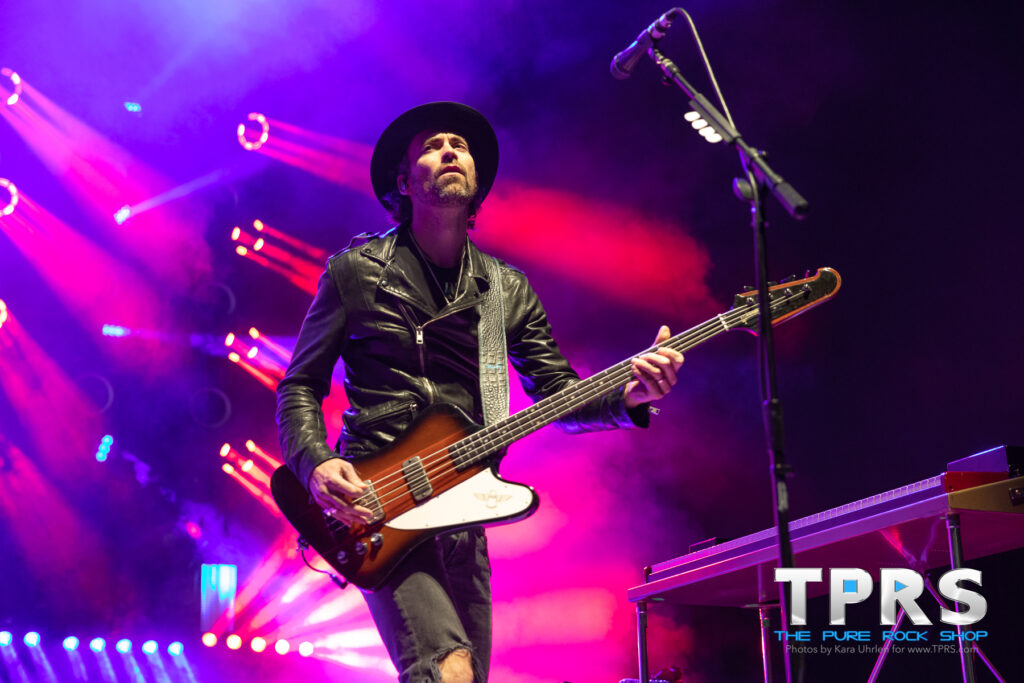 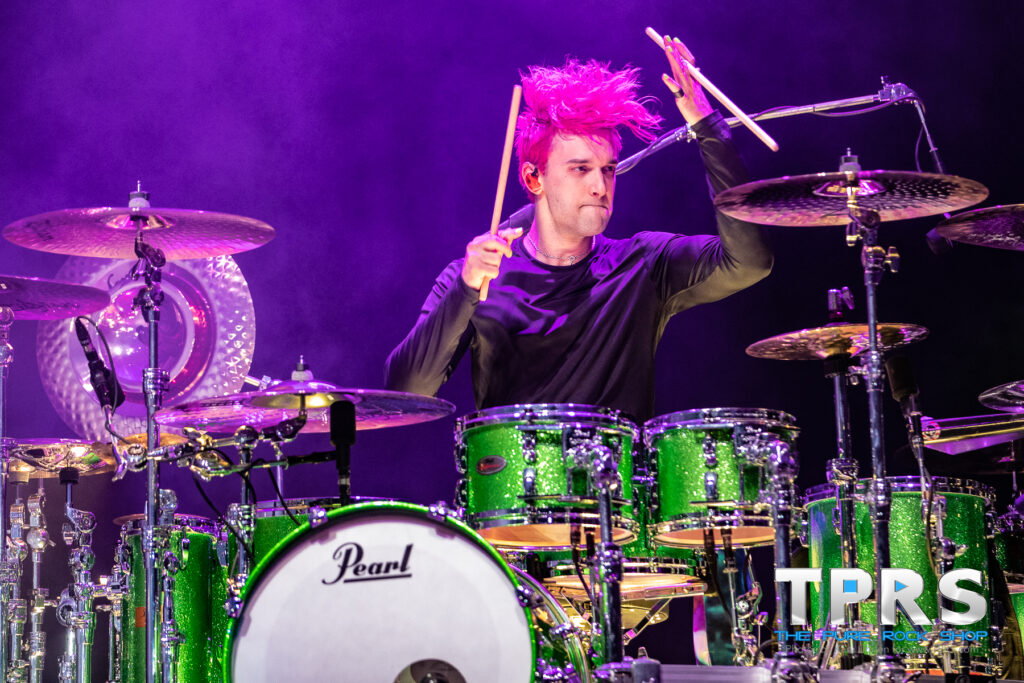 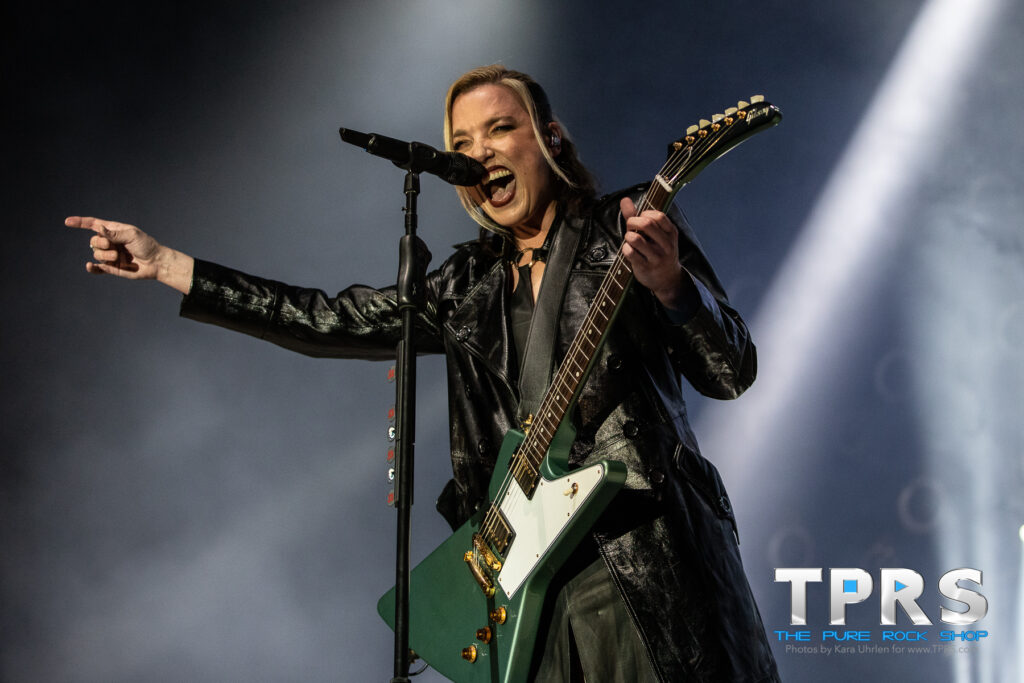 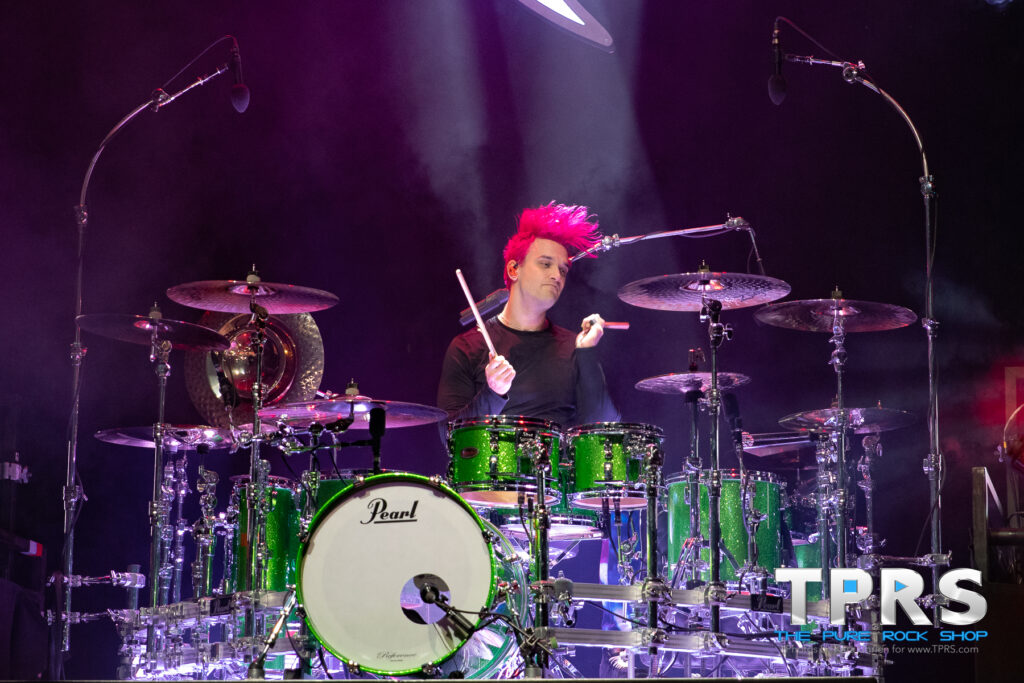 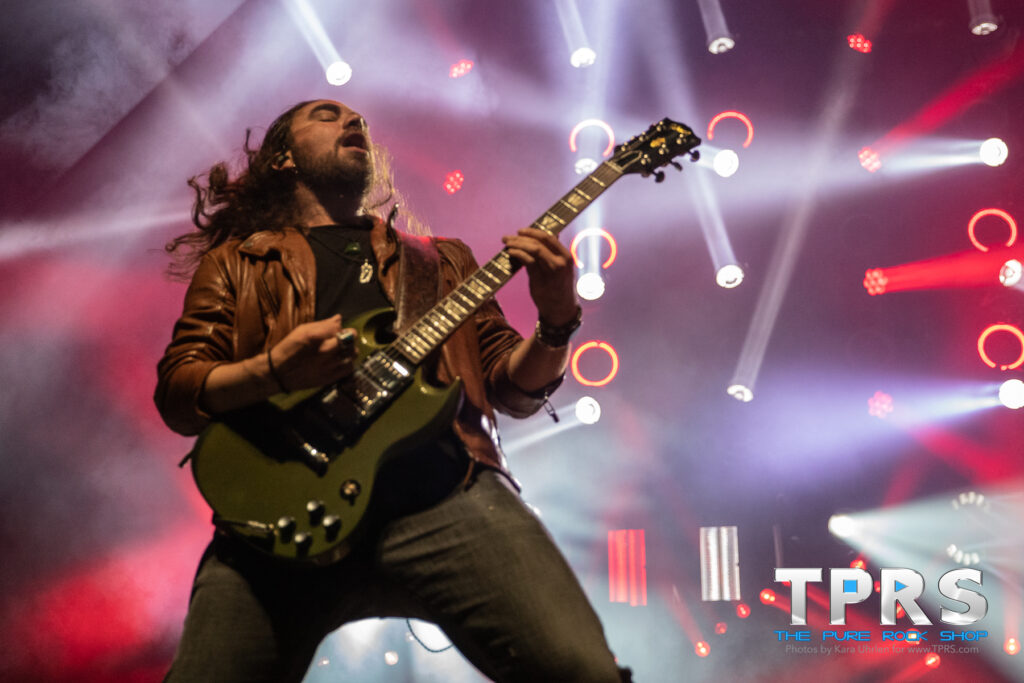 Follow us @ThePureRockShop on Facebook and Instagram for more local show coverage including Steel Panther, Bret Michaels, Testament, Jackyl, and Jeff Scott Soto and Jason Bieler in Cleveland, as well as festival coverage including the recent Monsters of Rock Cruise, M3 Rock Festival in Baltimore, and upcoming Masquerade in Philadelphia this July.

Also, check out our recent coverage of Foreigner and Skid Row in Las Vegas!