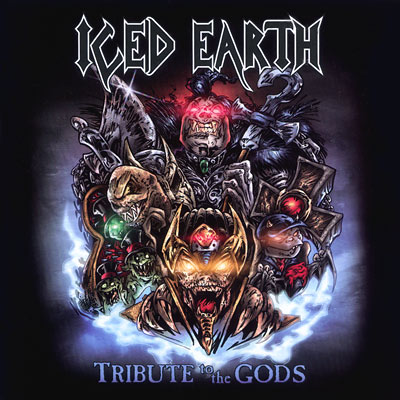 Iced Earth’s 11 track covers CD finally sees the light of day outside of the their 5 CD box set.  With the band apparently poised to leave Century Media, the label has issued this most interesting compilation as a single disc.  Included are two Kiss covers, two Blue Oyster Cult covers, two AC/DC covers and two Iron Maiden covers.  What makes this such an interesting release is the way Barlow and Schaffer have structured the songs.  Actually, the band has stayed faithful within reason to the original versions.  Thus, the disc sounds like a cover band playing all their favorite tunes verbatim.  Chances are you already know or own these tracks by the original artists, but Iced Earth breathes new life and heaviness into these influential tracks.