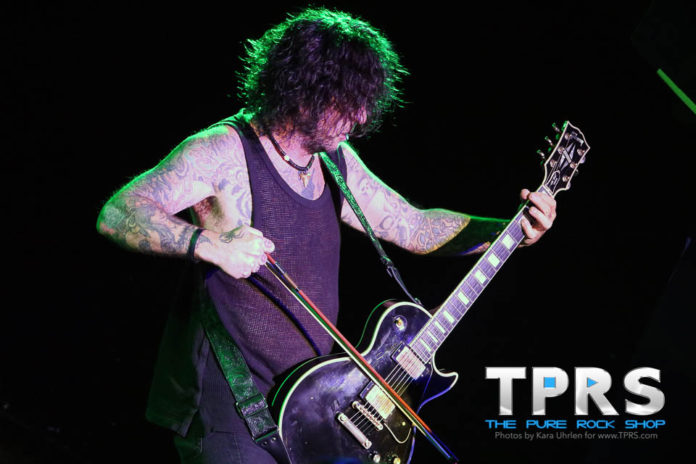 The original Hollywood Vampire’s, L.A. Guns, brought sleaze to a sold-out Saturday night crowd at Jergels in Warrendale, PA, pulling no punches as they drilled into heavy hitters like “No Mercy” and “Electric Gypsy” right from the start.  In fact, with the guitar duo of Michael Grant and Tracii Guns tearing it up, the crowd rarely had an opportunity to put down their fists all night.  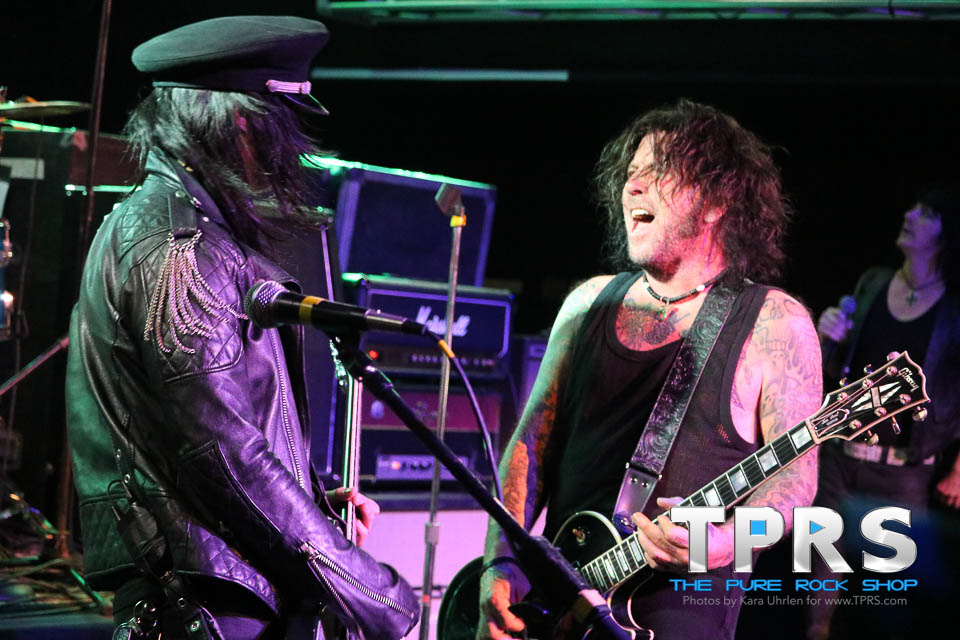 It was beyond invigorating to see both of these guys taking turns at center stage to show off their chops and jamming together to add further fuel to the crowd throughout the evening.

Guitarist Michael Grant first caught our attention with his heartfelt tribute to Prince with “Purple Rain” on the Monster’s of Rock Cruise last October, and while he was clearly nursing a cold last night (and had to stop for a drink of water mid-song), he still blew away the crowd last night as he slowed things down with his highly-anticipated tribute to the artist. 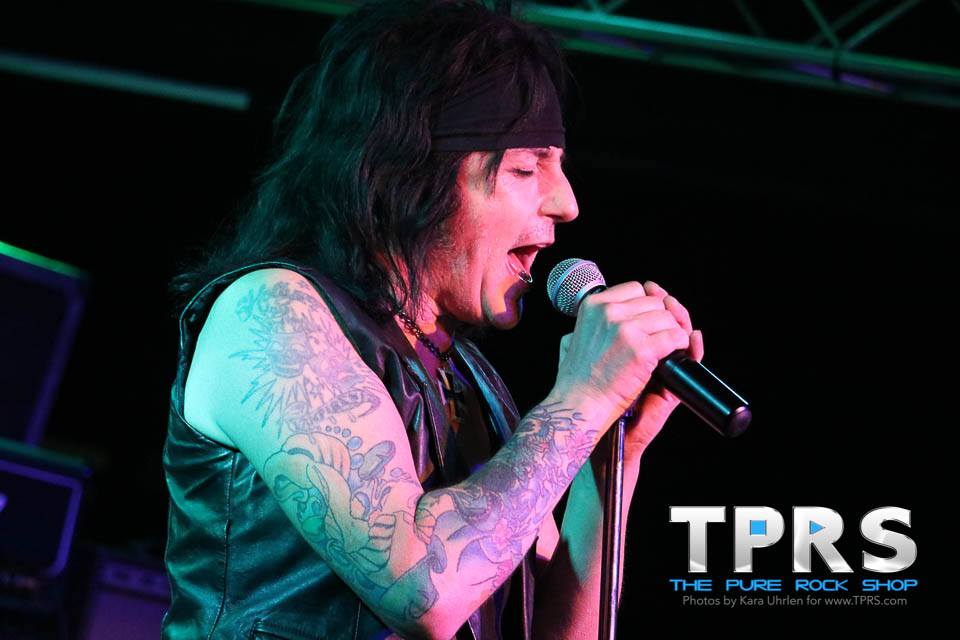 It’s been a long wait for guitarist Tracii Guns and vocalist Phil Lewis to work together again, and fans won’t be disappointed with the current line-up which is rounded out by a rhythm section featuring Johnny Martin on Bass and Shane Fitzgibbon on Drums.  The set list couldn’t have been more on target either with “Bitch is Back,” and “Malaria” accompanying expected favorites like “Kiss My Love Goodbye” and “Never Enough”. 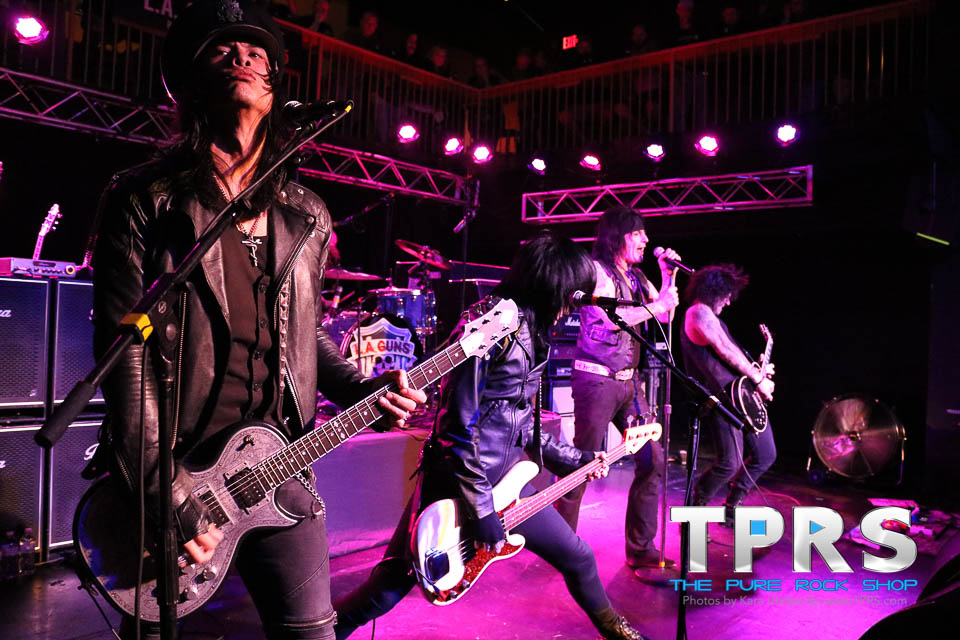 On tour in support of the band’s new album The Missing Peace, this version of L.A. Guns has successfully taken us back to the the era that brought us favorites like “The Ballad of Jayne” and “Sex Action”.  And while the crowd got a taste of the new album with the ballad “The Flood’s Just The Fault Of The Rain” and the new, white hot single “Speed” (probably the boys best song since the debut album!) which quickly earned itself a spot in heavy rotation on WNJR this summer, now all we can do is wait in anticipation for the October release of the full disc.  Follow us @ThePureRockShop and catch our Pure Rock hours on WNJR 91.7 FM in Washington, PA locally and online at WNJR.org from 3-6 p.m. Eastern Sunday – Friday.