Hot on the heels of a successful day, the Live United Live Music Festival continued with a performance from Bohemian Queen and the School of Rock with their drum instructor Joey Cassata (Z02, Eric Martin Band) before Eric Martin took the stage with Joey and their TRIXTER bandmates Steve Brown and PJ Farley.  How cool it was to see someone strutting around dressed up like Freddie Mercury and hearing young voices and talents performing on the big stage to start the day! 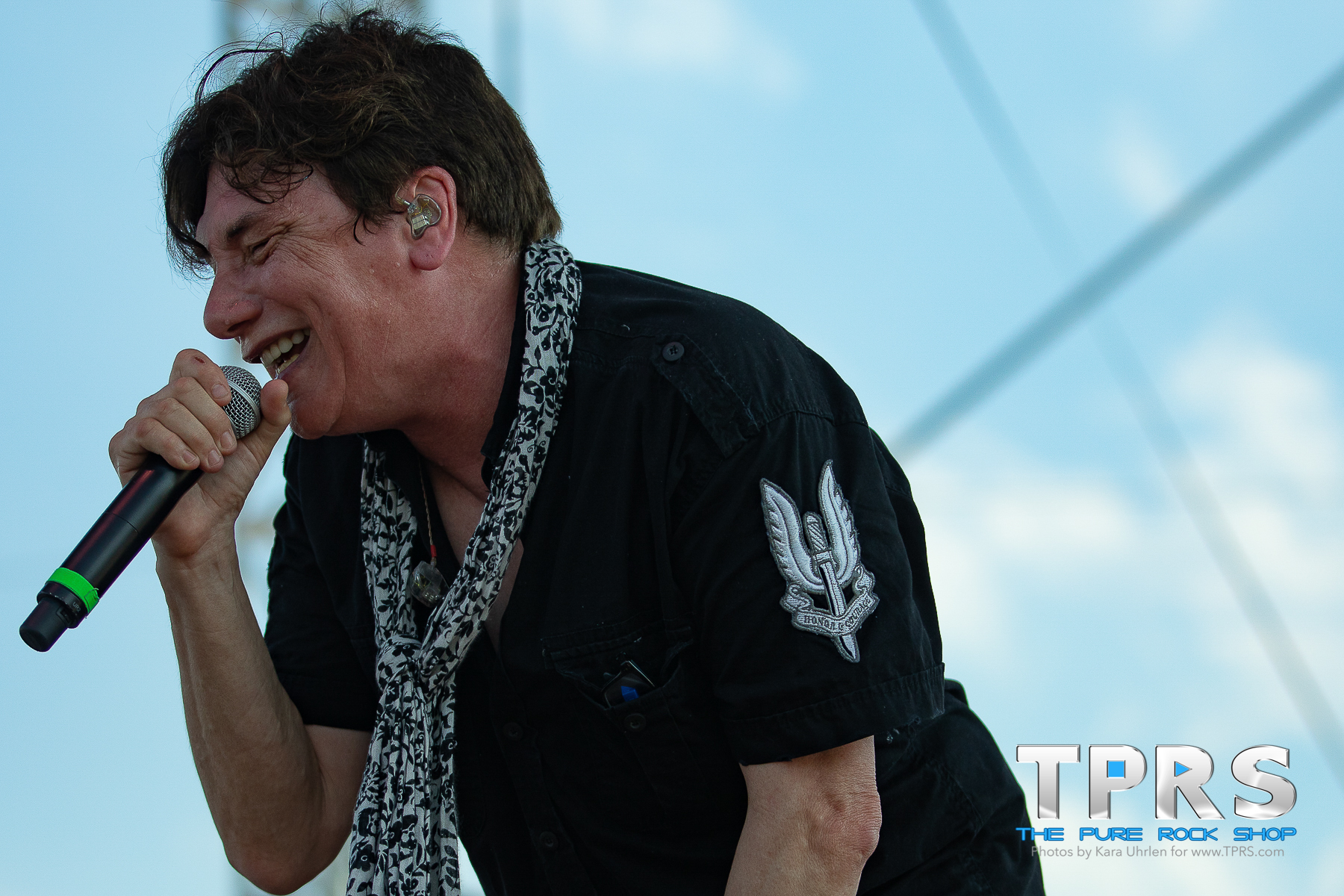 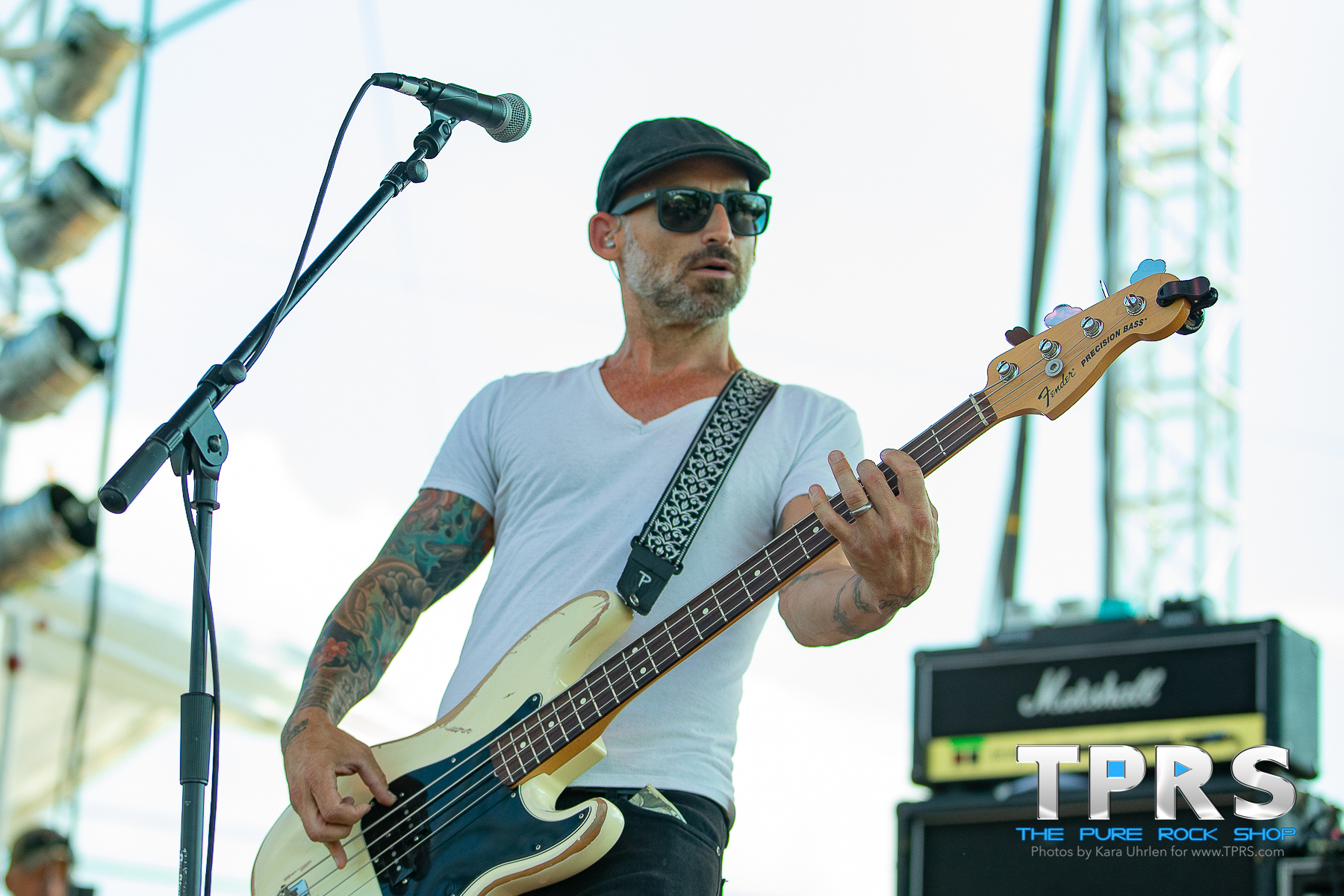 The Eric Martin Band started things off with “Everyone Needs a Little Trouble” from Mr. Big’s Defying Gravity album, and continued on with other Mr. Big favorites like “To Be With You” and “Wild World,” but the true fun of this band is that everyone gets a chance to take center stage.

Hot on the heels of his 2020 solo release Accent the Change, PJ Farley took the mic for a rendition of TRIXTER’s “Tattoos & Misery” and later Steve Brown took the mic for “One in A Milliion,” which gave Eric just enough down-time to steal my phone during a live-feed and give us this exclusive footage from stage… 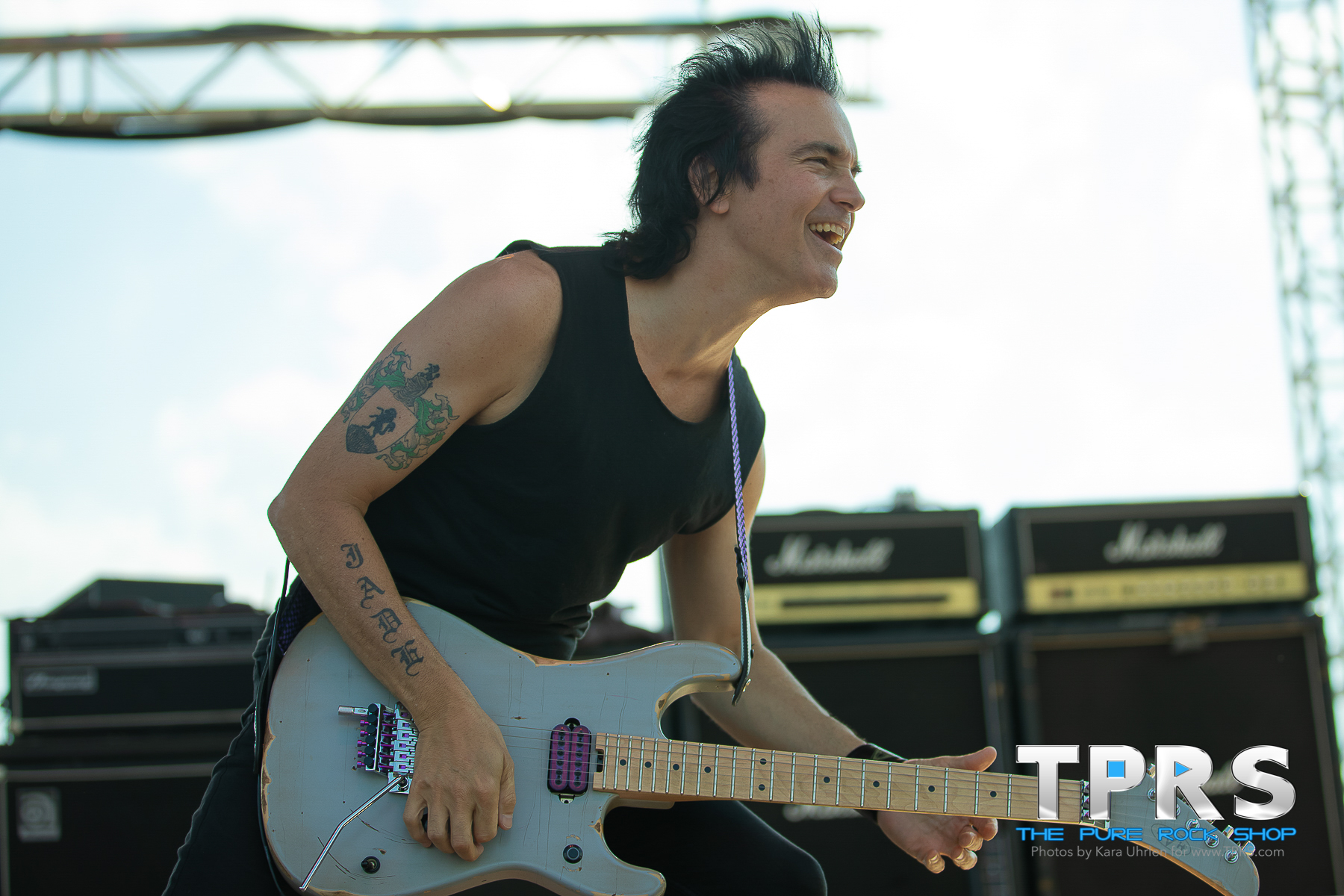 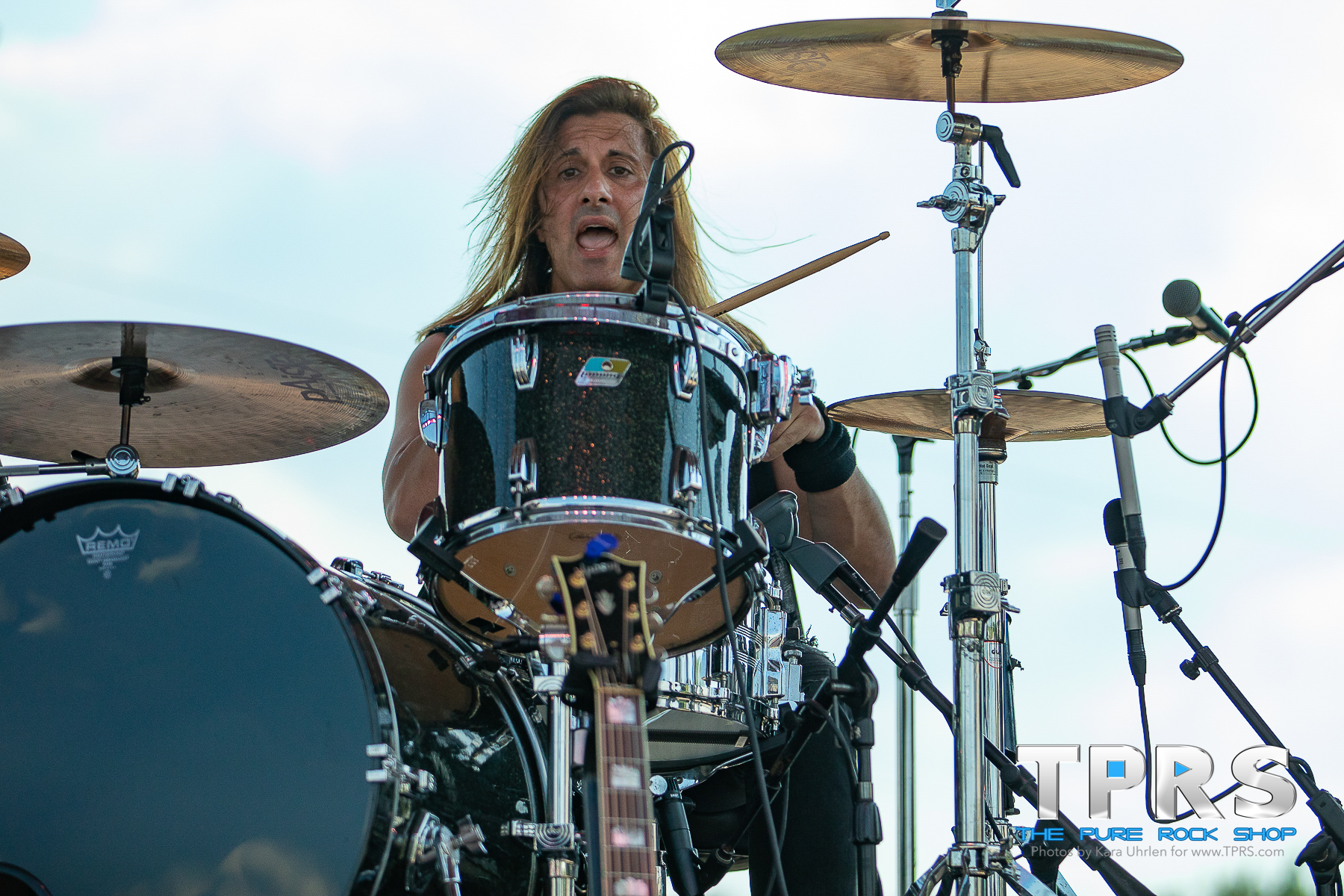 Then, things heated up mid-day with Firehouse featuring CJ Snare on vocals, Bill Leverty on guitar, Michael Foster on drums and Al McKenzie on bass.  Seeing these guys just after some hearing those early TRIXTER hits again, reminded me of teenage years and the Blood, Sweat and Beers tour which as some may recall, featured TRIXTER, Firehouse, and Warrant, sharing a stage a historic 30 years ago. If you dig deep into our archives, you may even find an interview with Bill Leverty talking about that show here in Pittsburgh at the venue that we lovingly call Starlake. 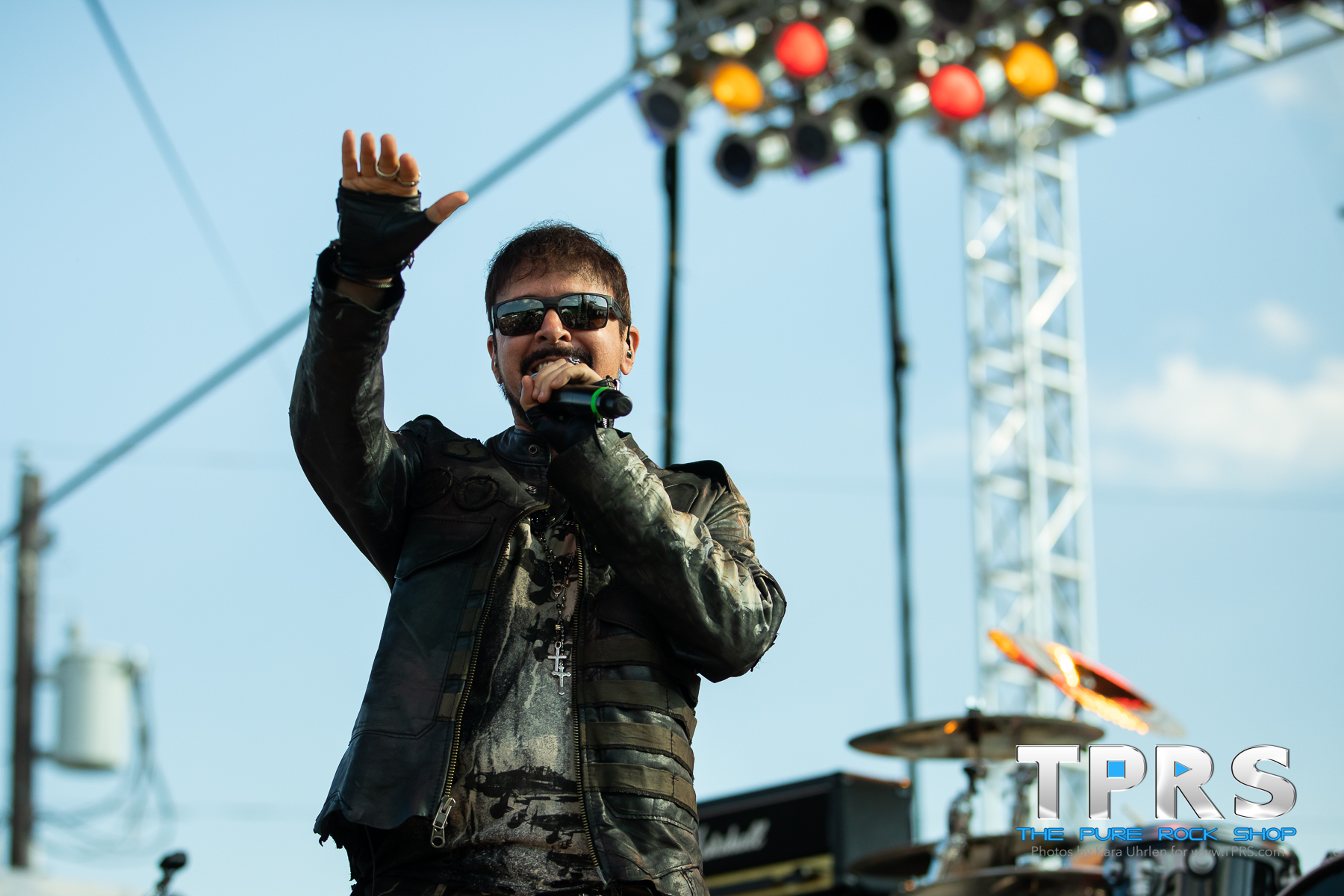 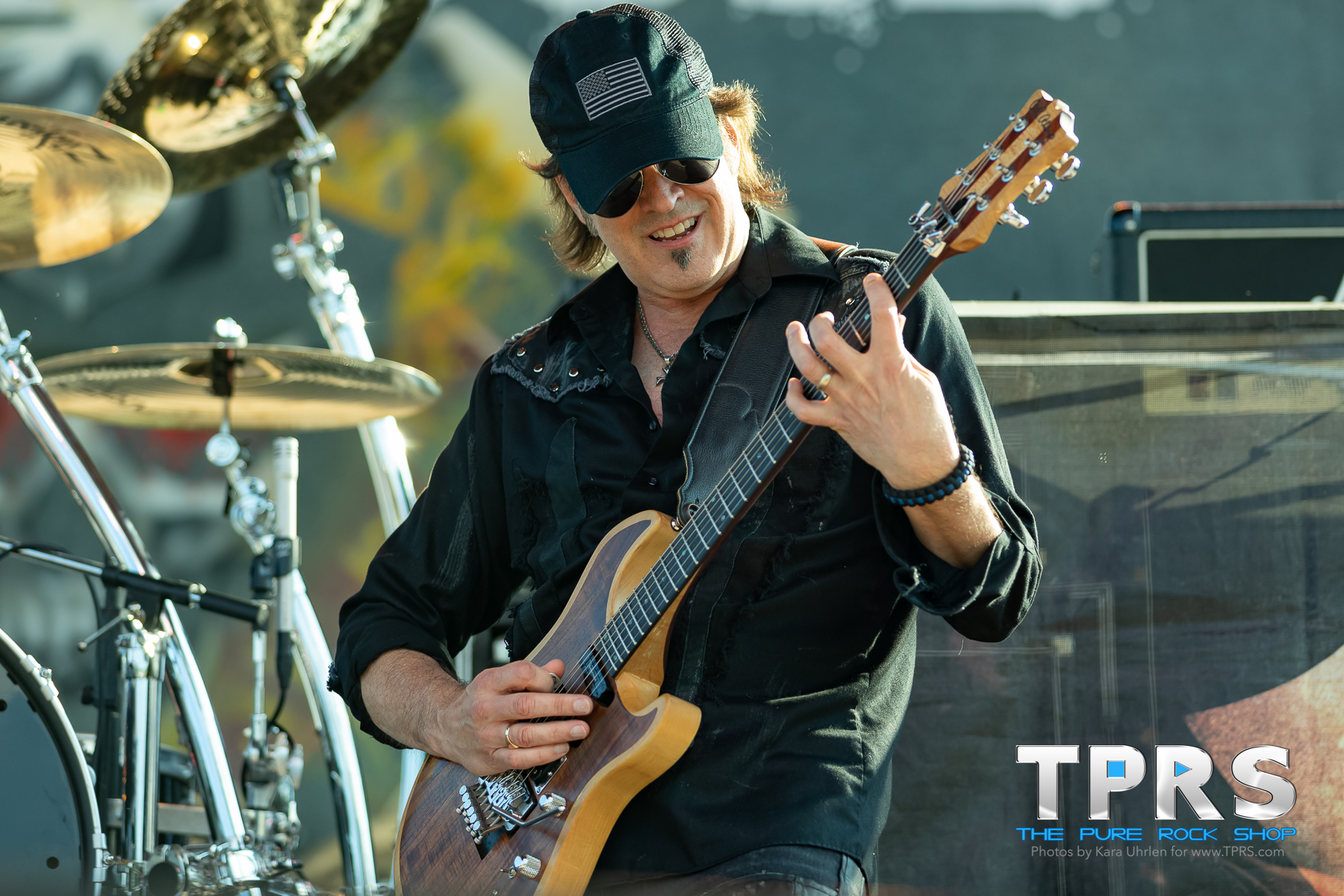 Every Firehouse performance brings me back to be honest.  So many love songs, and so much energy and passion behind their delivery, this band never disappoints.  From energetic favorites like “All She Wrote” or “Hold Your Fire” to heartwarming melodies like “Love of a Lifetime,” with CJ singing behind the keys or “Home is Where the Heart Is,” the crowd was singing along to every word and smiling all the while. 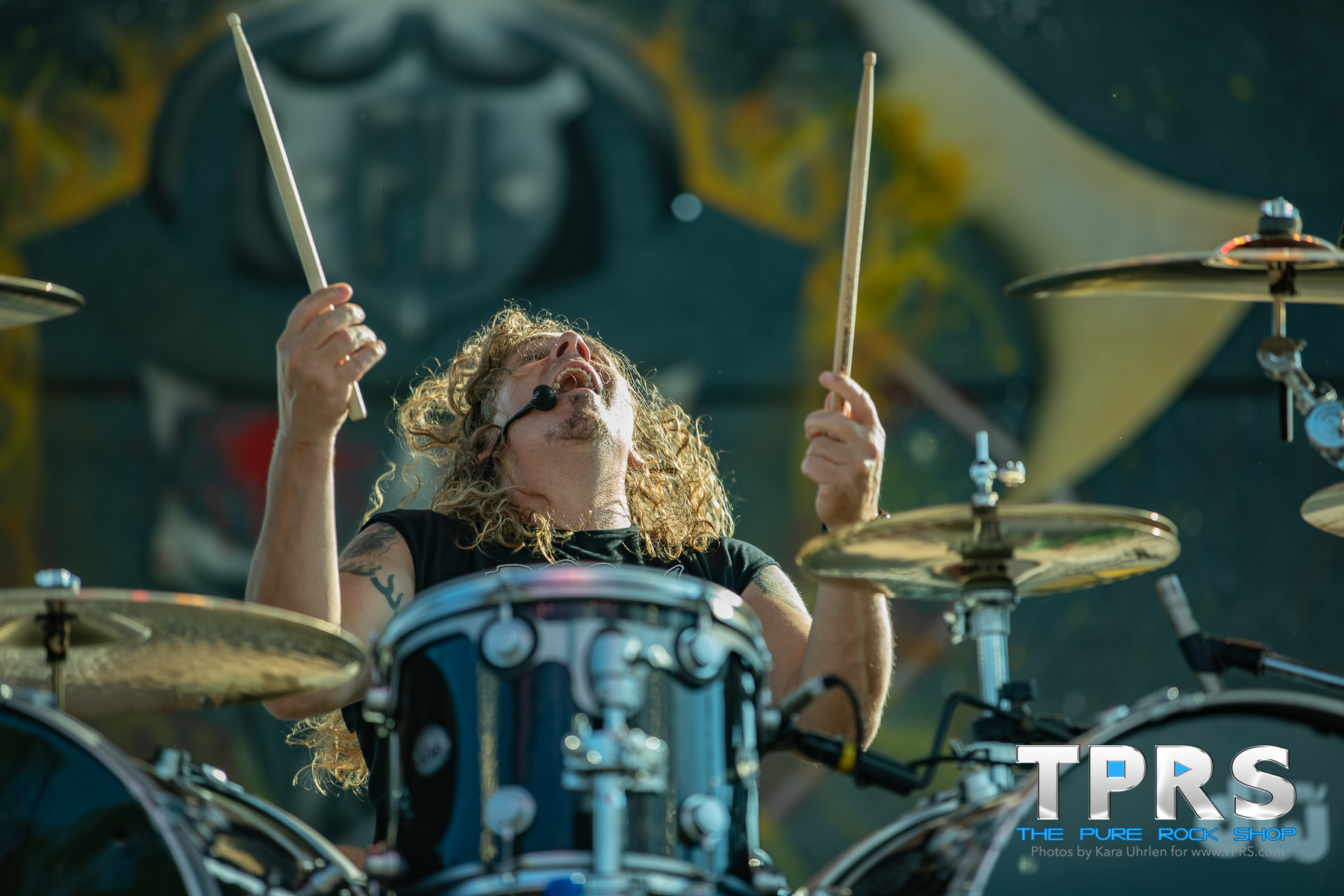 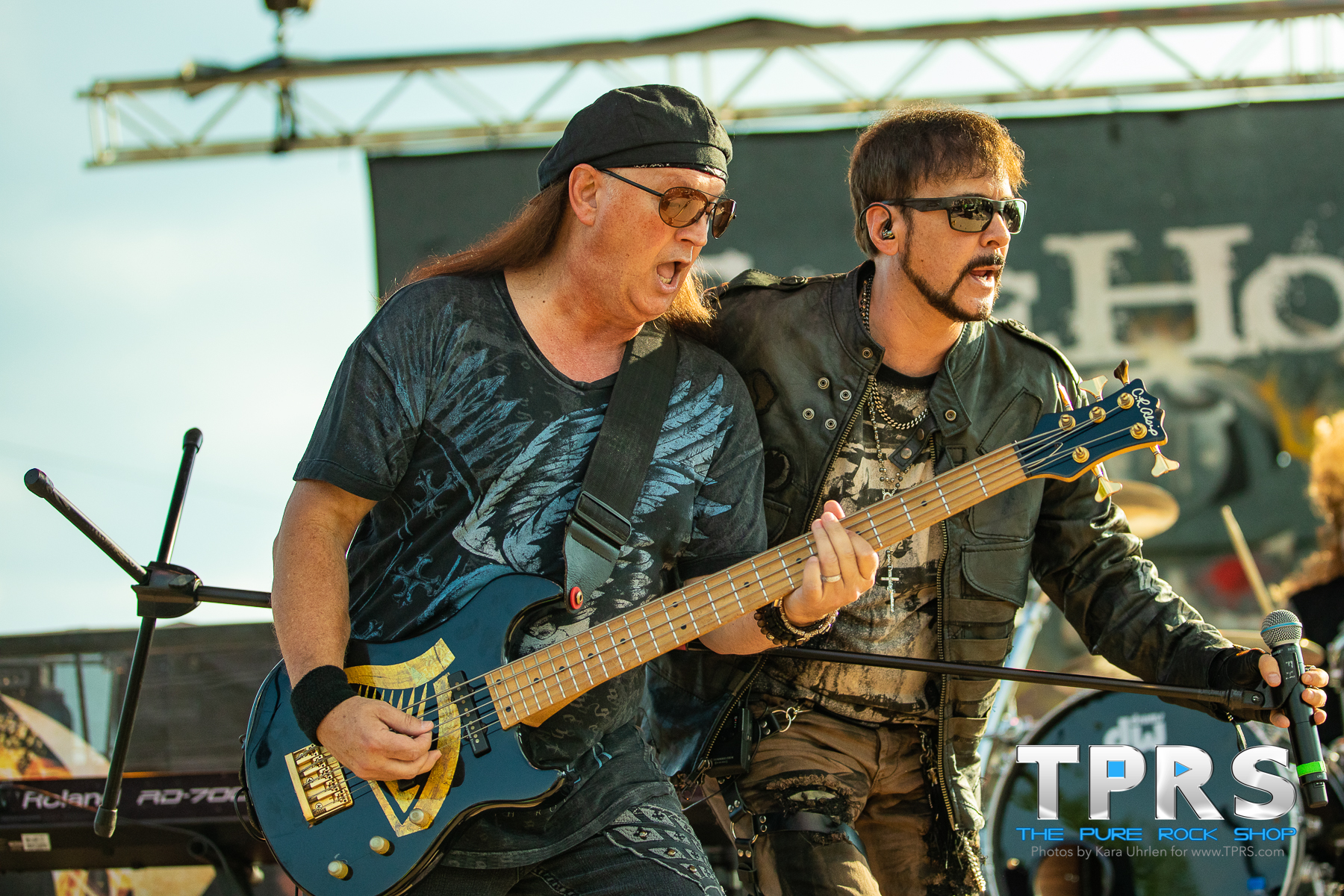 Winger may have hit the stage later than expected by they most definitely were worth the wait.  Another band we had last caught on board the Monsters of Rock Cruise pre-pandemic, Winger featured Kip Winger on vocals, Reb Beach and John Roth on guitars, Paul Taylor on guitar and keyboards, and Rod Morgenstein on drums. 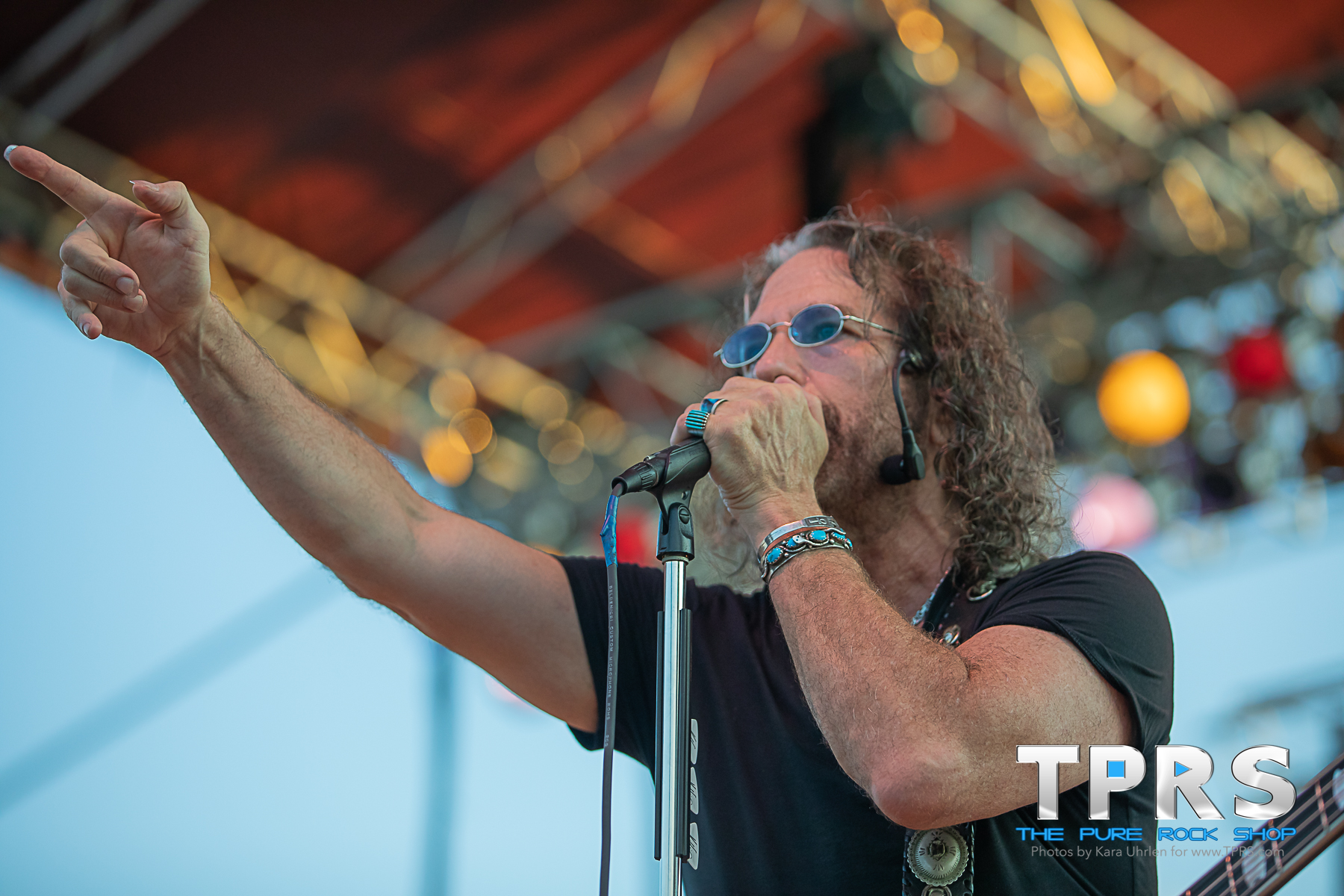 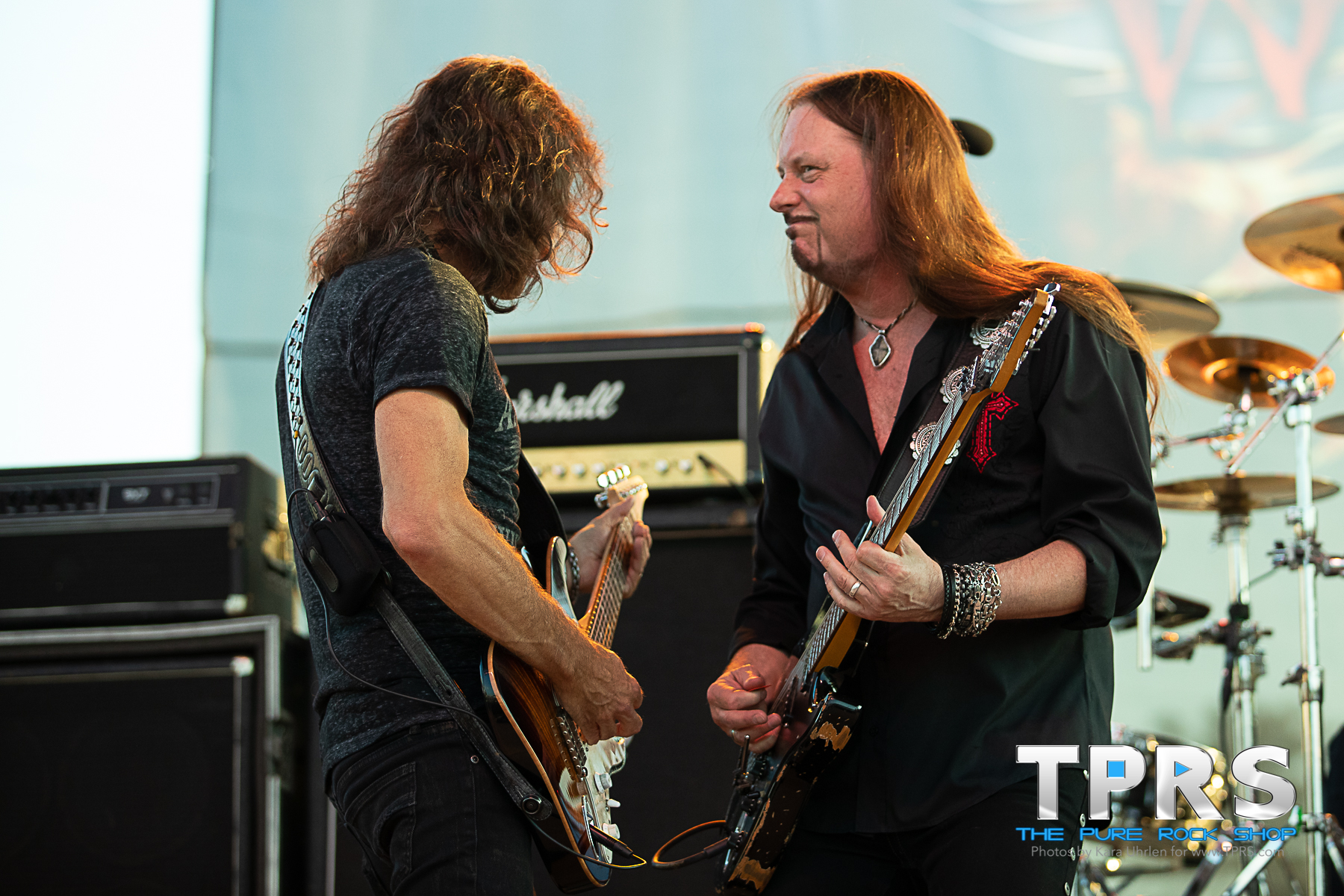 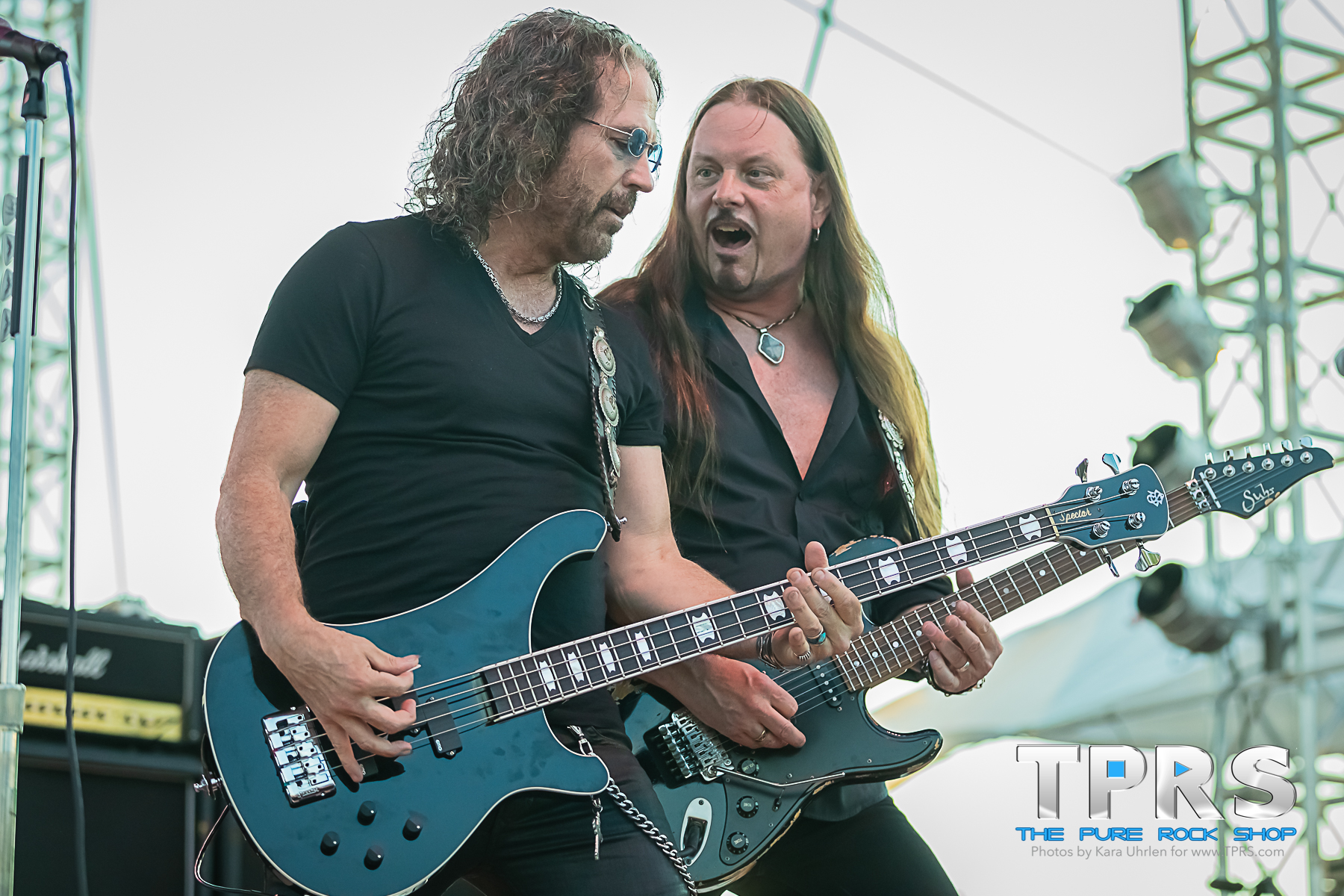 When the first day of the festival ended, we were blown away by Dokken guitarist George Lynch, which was the biggest highlight of the event until another Dokken alumni, Reb Beach delivered a string quivering guitar solo in introduction to Winger’s finale of “Seventeen.”

And for those of us who just couldn’t get enough, there was a bonus acoustic event in Pittsburgh the next day at Jergel’s where fans benefited from Reb’s close proximity to home as he joined Kip’s solo tour for the evening. 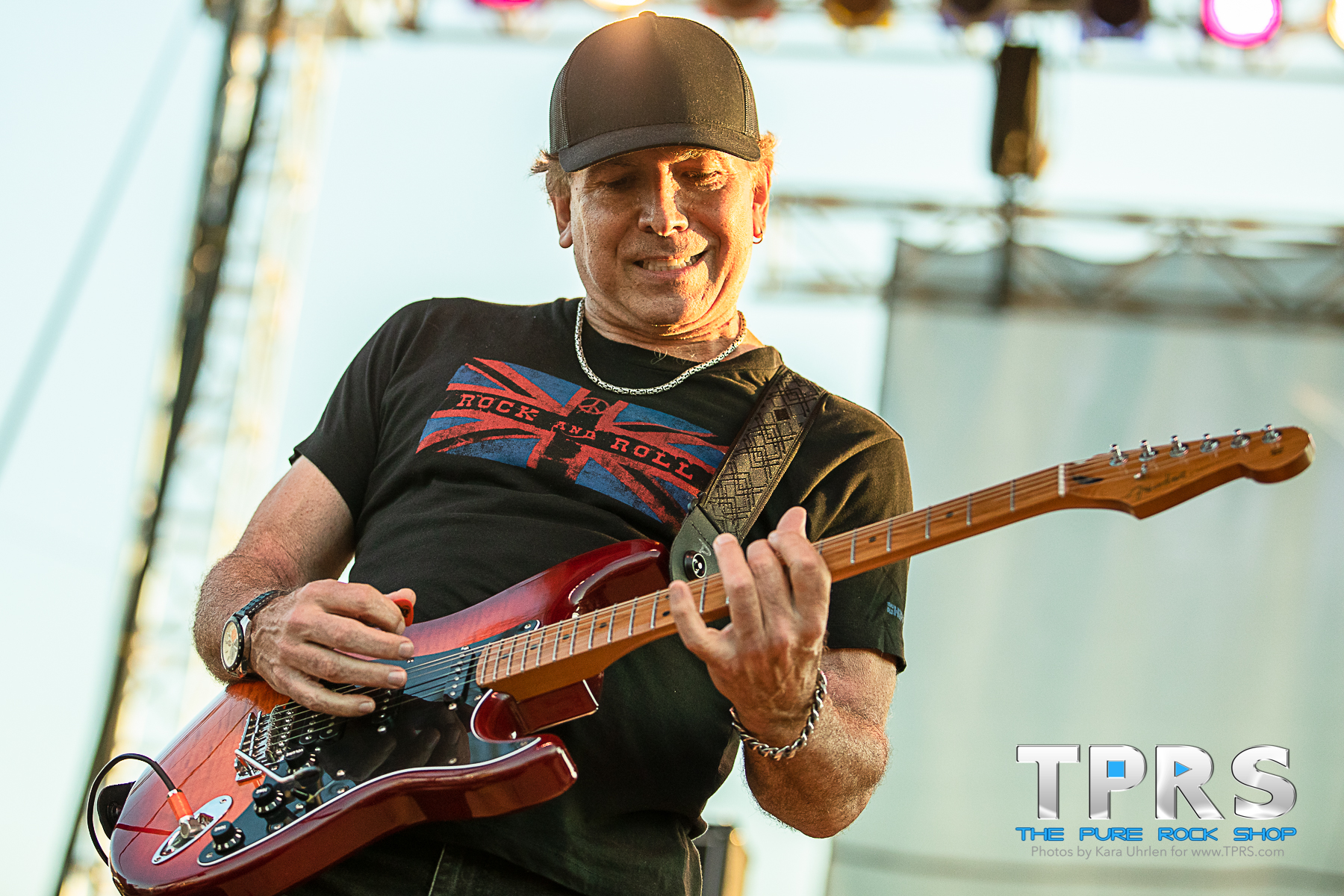 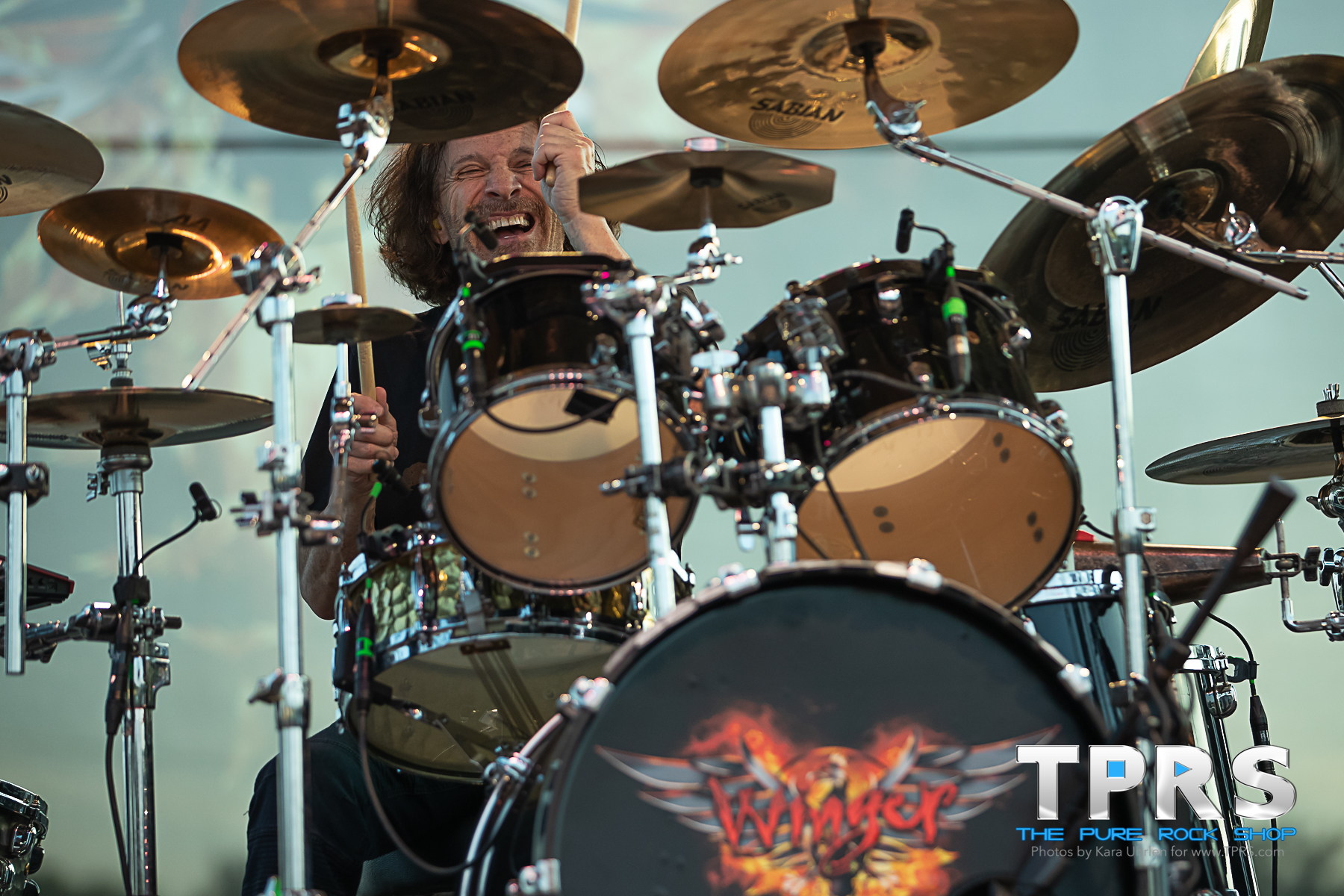 To support this cause, read more on The Greater Susquehanna Valley United and the United Way of Columbia and Montour Counties Youth Mental health page or make your donation here.

Be sure to check out our coverage from Day 1, and follow us @ThePureRockShop for more local shows and festival coverage including M3 Rock Festival over 4th of July weekend in Maryland, Grand Rocktember in Minnesota, and BLE’s Masquerade in downtown Baltimore Maryland over Halloween weekend.