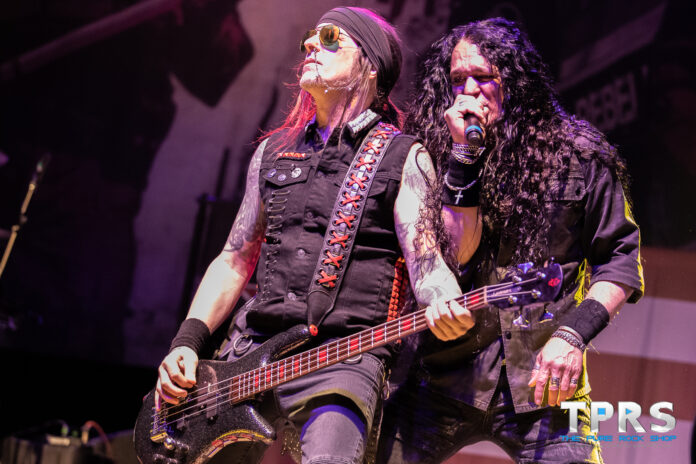 This show had been on our radar for a while, having heard great things about the venue and offering three bands: Skid Row, Warrant, and Ted Poley.  In addition to catching Winger the weekend prior and lining up other shows like Alice Cooper and Buckcherry in March, it seemed like the perfect way to fight the post-cruise blues (my official diagnosis of that sad feeling you get when snow is on the ground, your schedule suddenly includes zoom meetings, and you aren’t running into musicians in the dining room).

Ironically, Skid Row had been slated to join the Monsters of Rock Cruise (MORC), but didn’t catch the boat, and Ted Poley had only been scheduled to perform with Tokyo Motor Fist, but ended up also surprising us with a solo band performance on MORC, so this was a perfect addition to the February calendar… 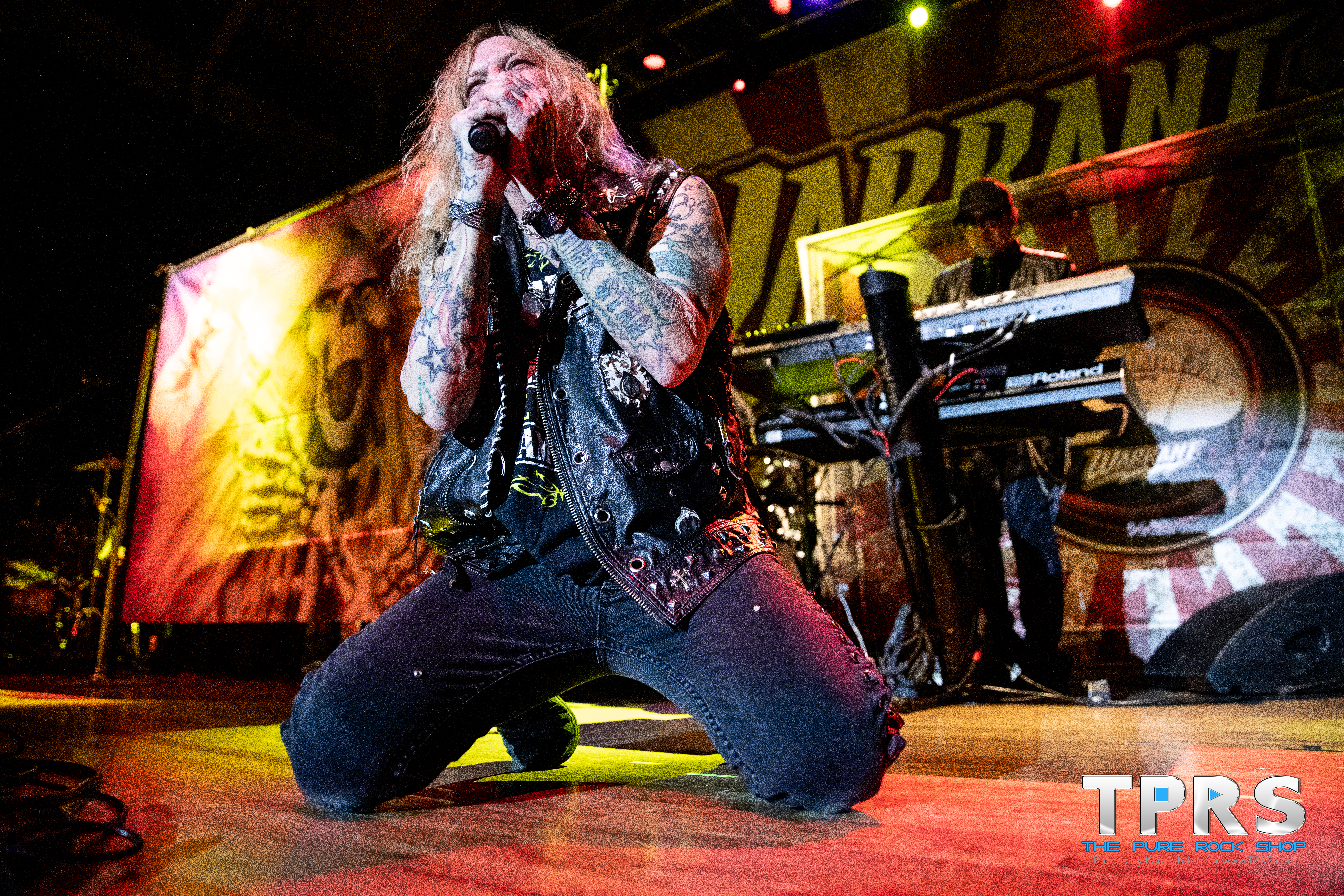 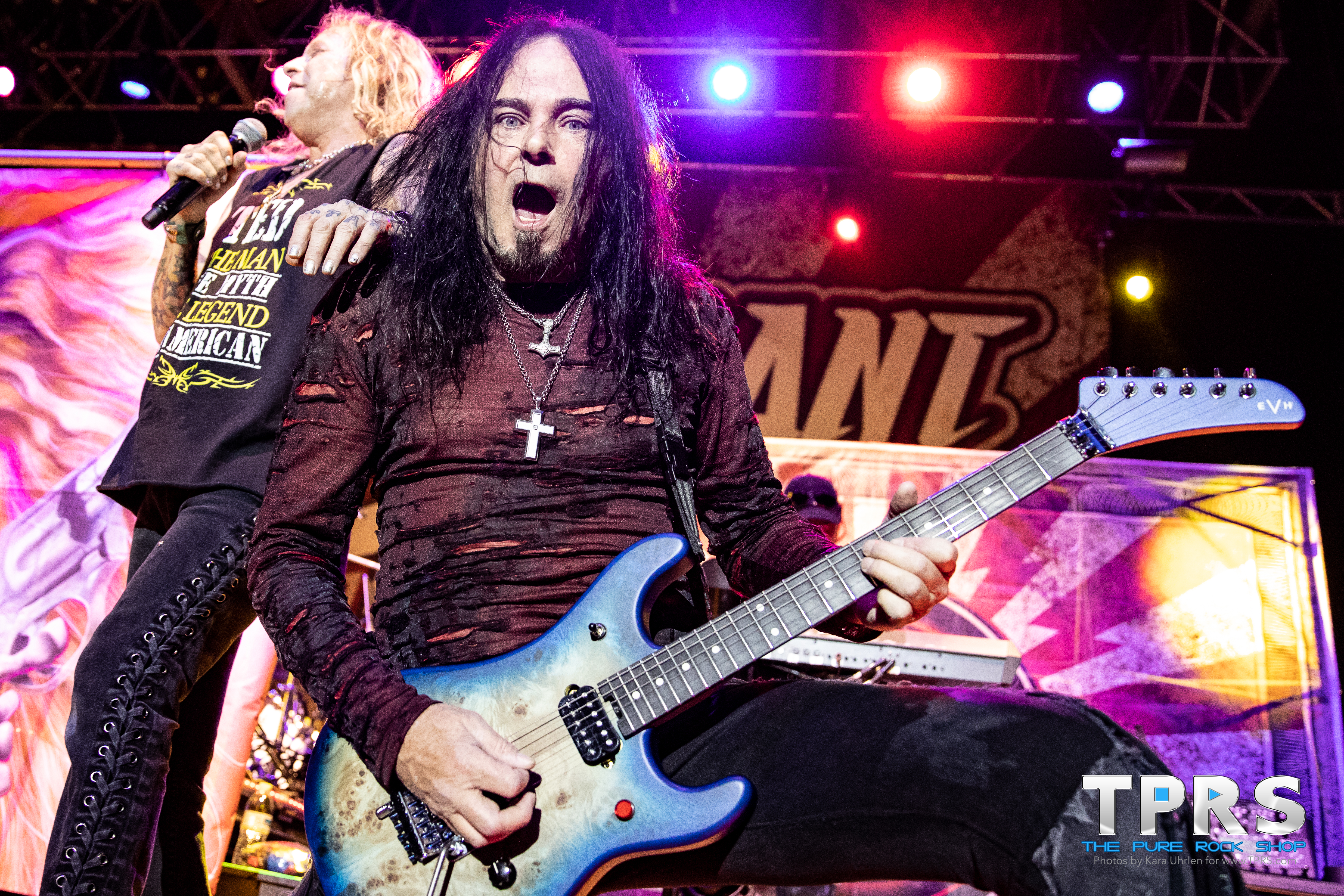 While Ted Poley’s band wasn’t offered much real estate on the stage, they made the most of it, splitting the band in half with bassist Chris Tristram and drummer Paul Del Boccio on one side and guitarist Fred Gorhau and keyboardist Chris McCoy on the other.  And as for Ted Poley, well, anyone who knows him knows that he doesn’t limit himself to the stage.  In fact, when I ventured out into the crowd to track him down during “Don’t Walk Away,” I realized just how many people had packed in for the show, despite the winter weather that day – talk about impressive!

It was a short set, with a triple dose of love to kick it off, namely “Don’t Blame it on Love,” “Shot of Love” and “Feels like Love.” And of course they had the Danger Danger favorites “Naughty Naughty” and “Bang Bang” covered before the set ended with the HIM cover, “Poison Girl.” Lots of fun packed into to a quick 30 minutes, and I have the balloons to prove it! 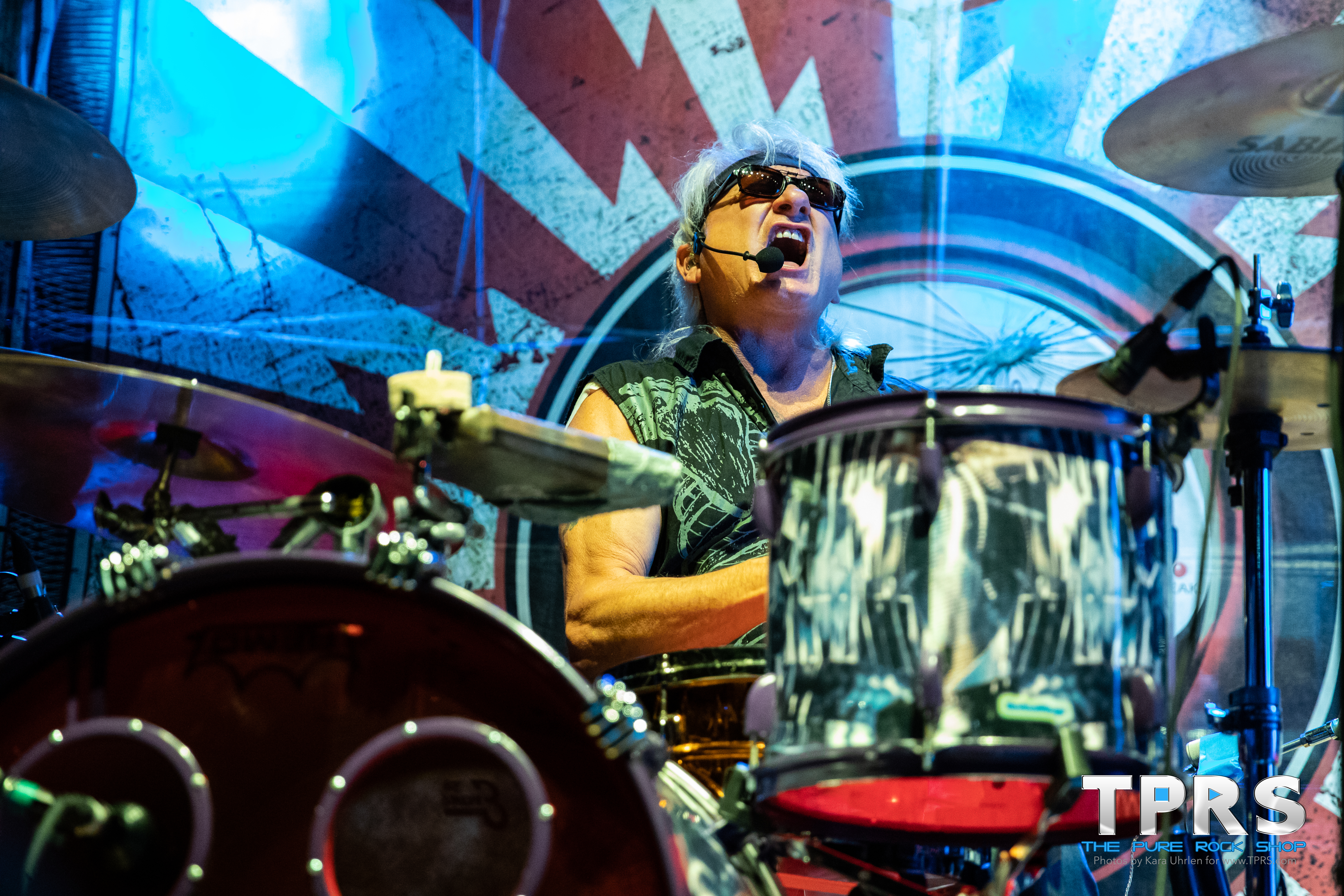 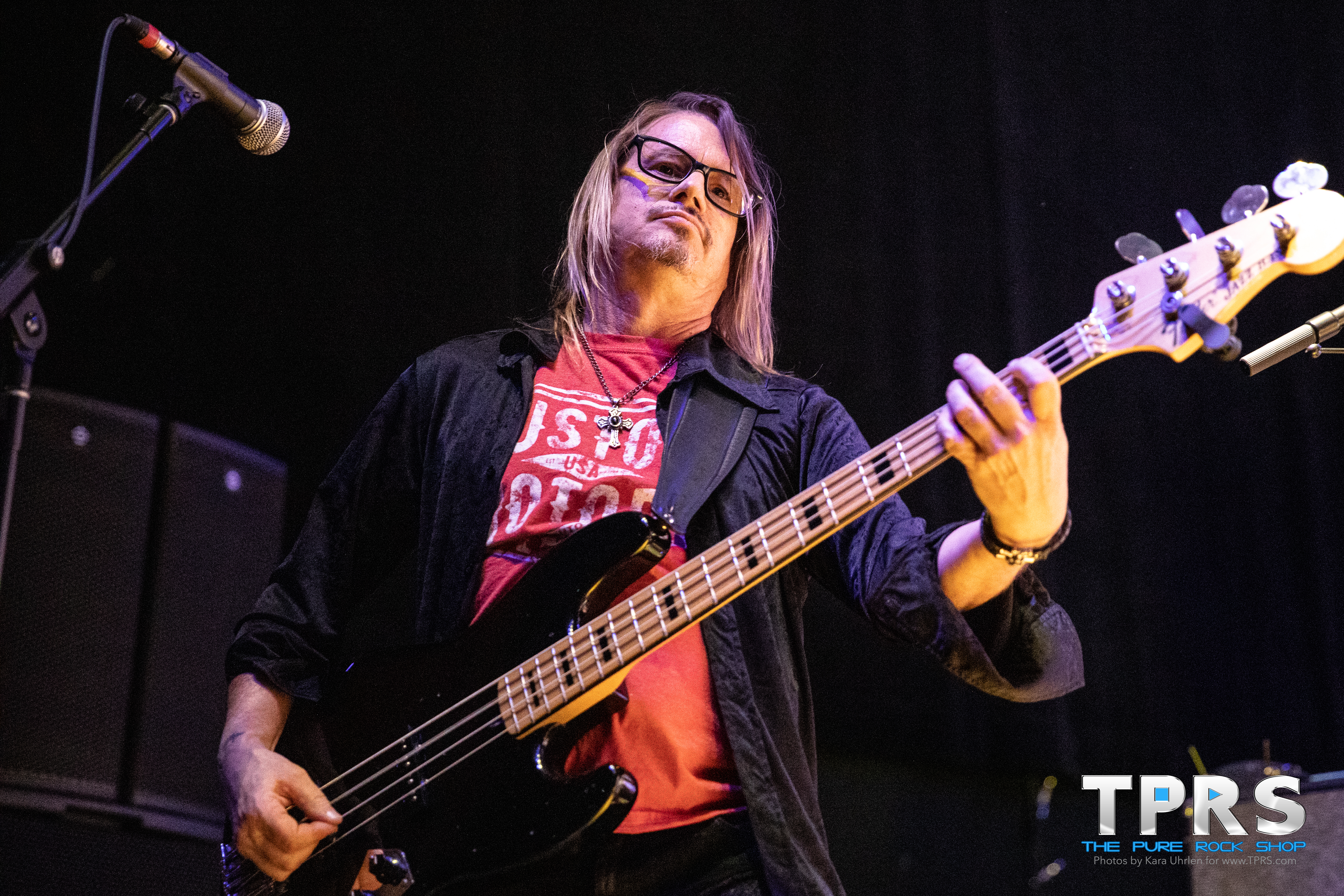 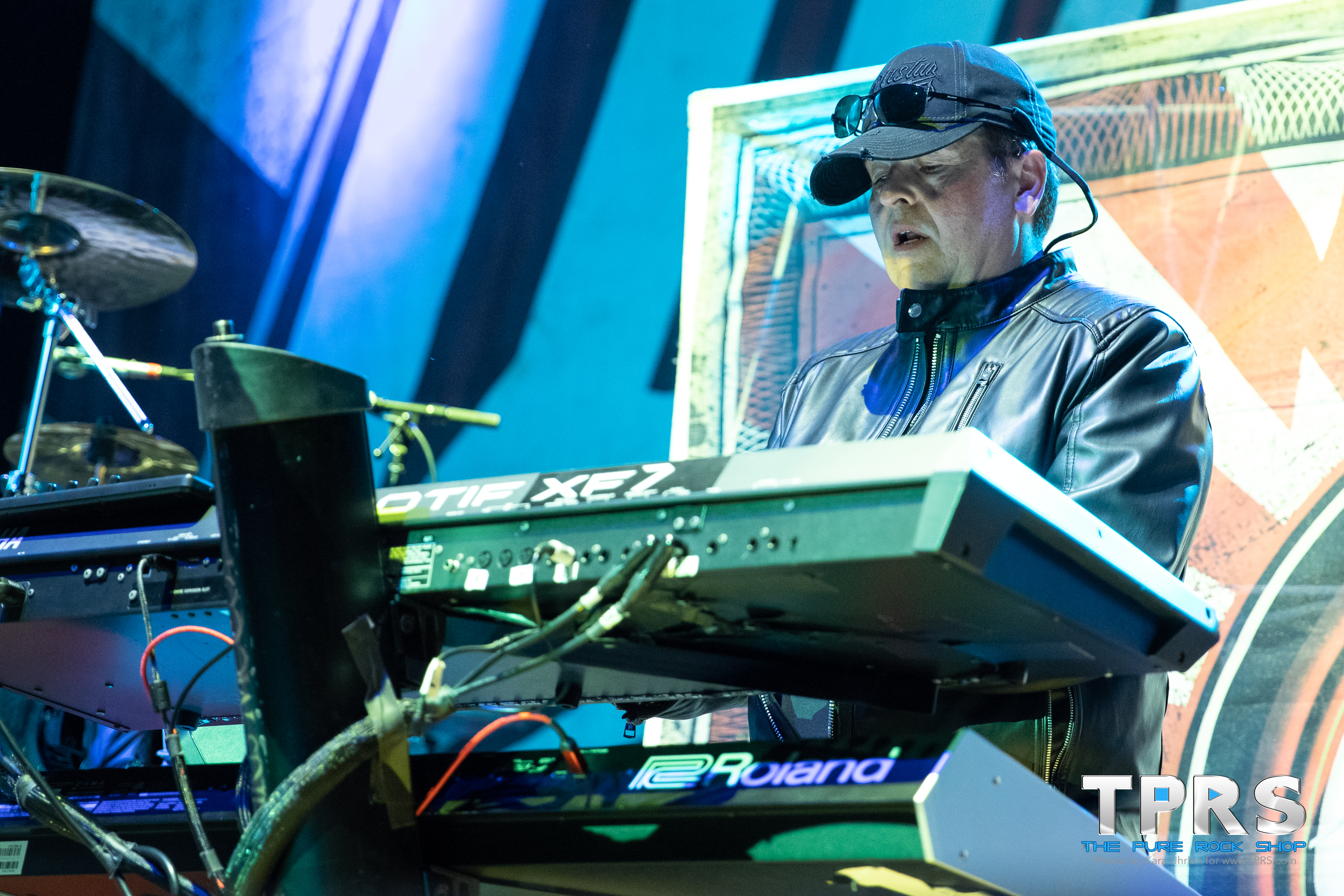 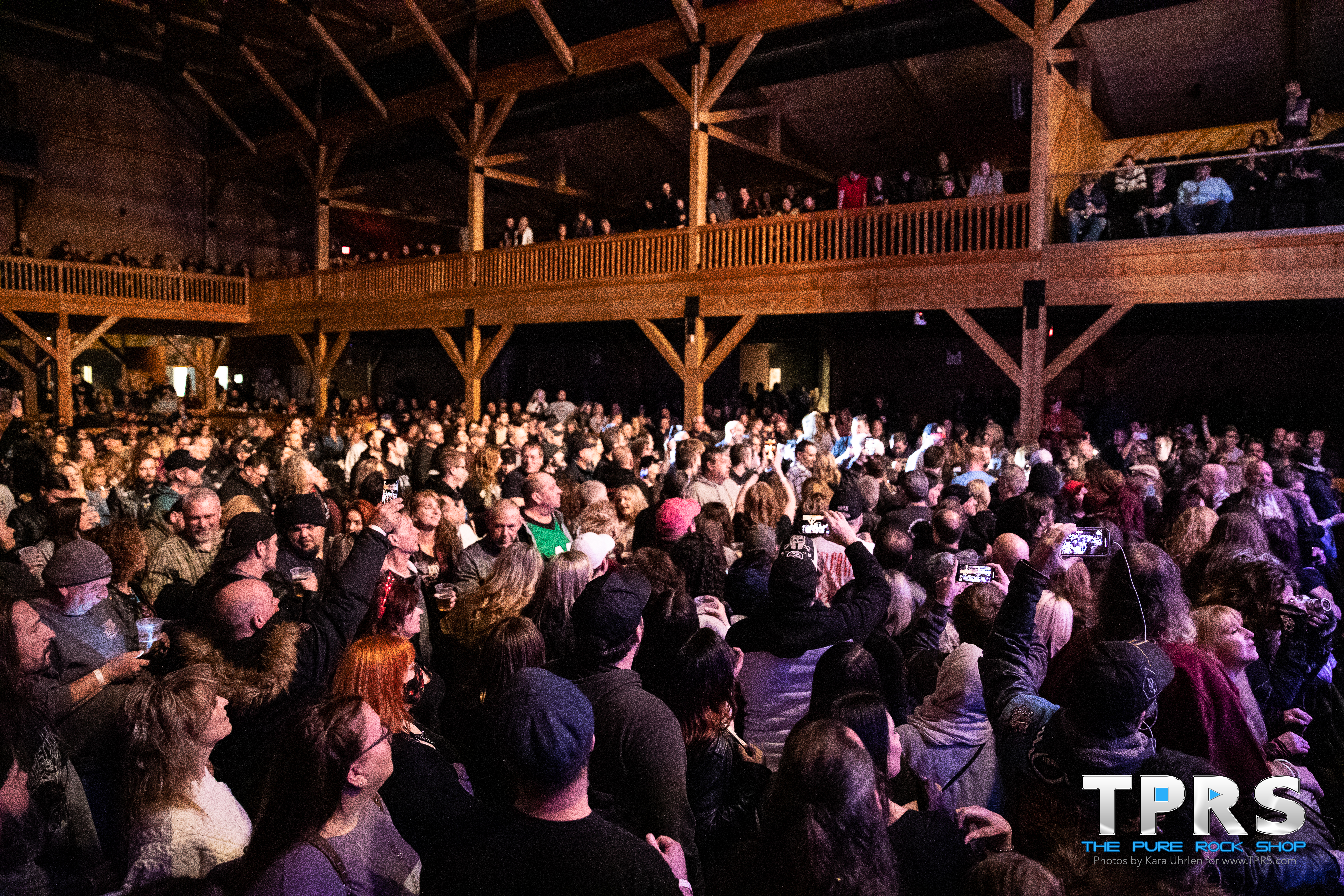 When Warrant hit the stage, it was immediately clear that something was off. Sadly that weather was the reason why the band was short one member.  Erik Turner wasn’t able to fly out for the gig, so Warrant did some maneuvering to feature Joey Allen as the lone guitarist, and the band played on.

From the looks of the merch table, it appeared that the band had moved on from celebrating the 30th Anniversary of Cherry Pie (which had been extended a bit due to the Covid pause) and on to Dog Eat Dog, but this set offered more of a mix than the entire album format we’ve seen the last several years.  It included favorites like “Uncle Tom’s Cabin” and “I Saw Red,” as well as a new cut from “Louder, Harder, Faster,” from the 2017 album of the same name featuring Mason on lead vocals. I for one wouldn’t complain if we got a set of deeper cuts from Dog Eat Dog on the road.  Some of my favorite Warrant songs are on that album, including “Machine Gun,” and “Hole in My Wall.”

Fresh off the Rock Legends cruise, the band included frontman Robert Mason, Joey Allen, Steven Sweet and Robbie Crane who has been filling in for Jerry Dixon for the past year or so.  From what we heard, Erik was back in the fold the following day.  It’s too bad he missed this! 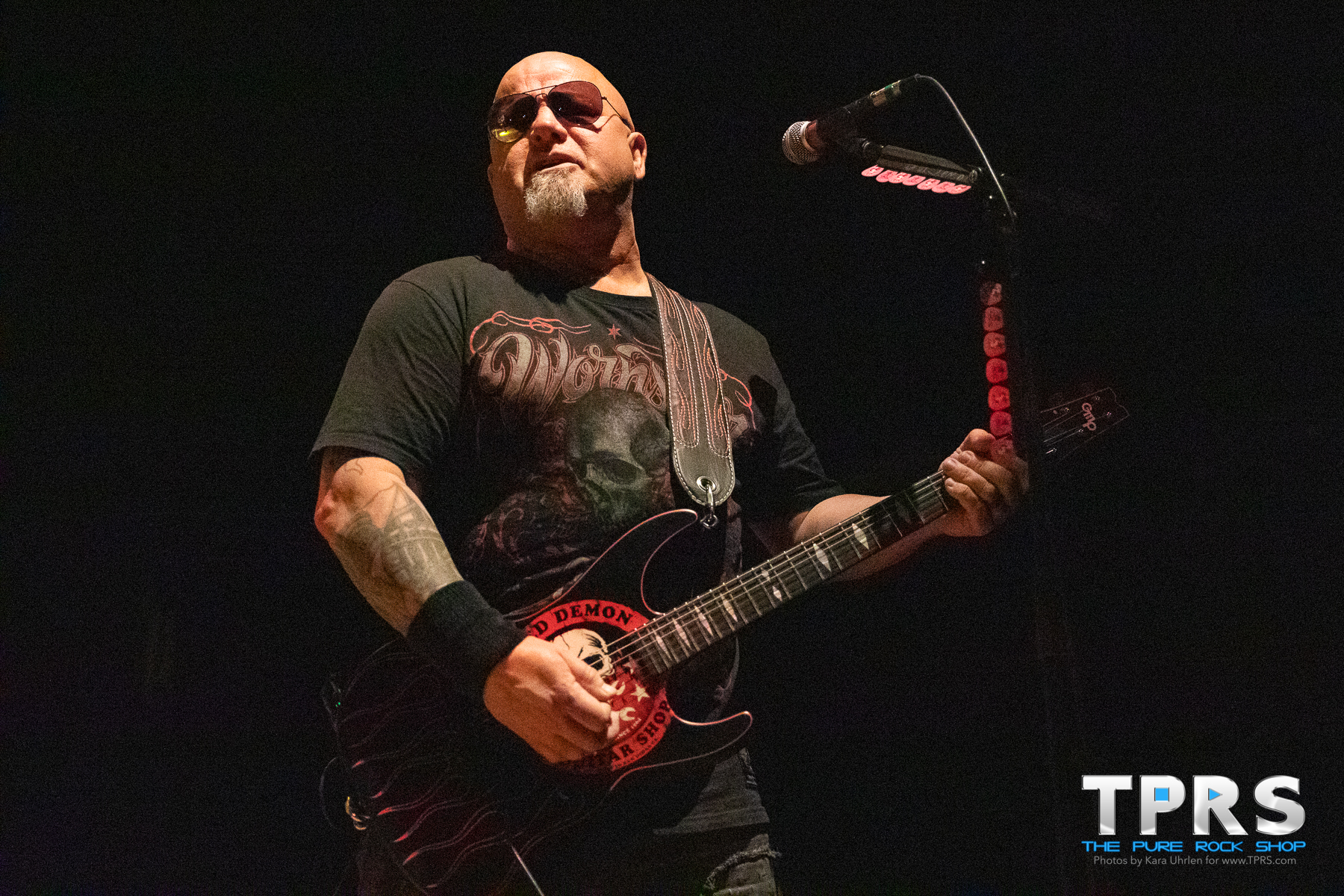 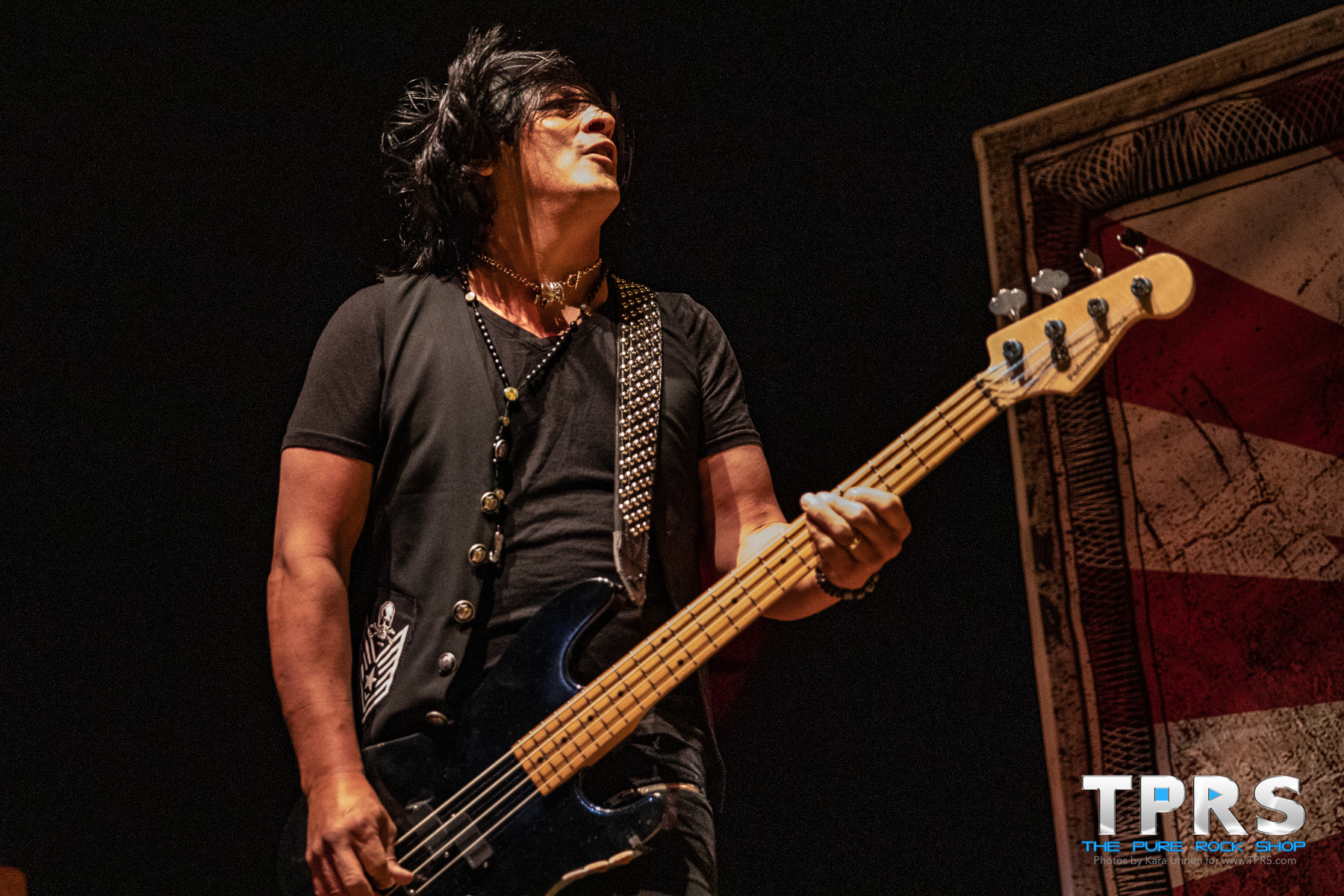 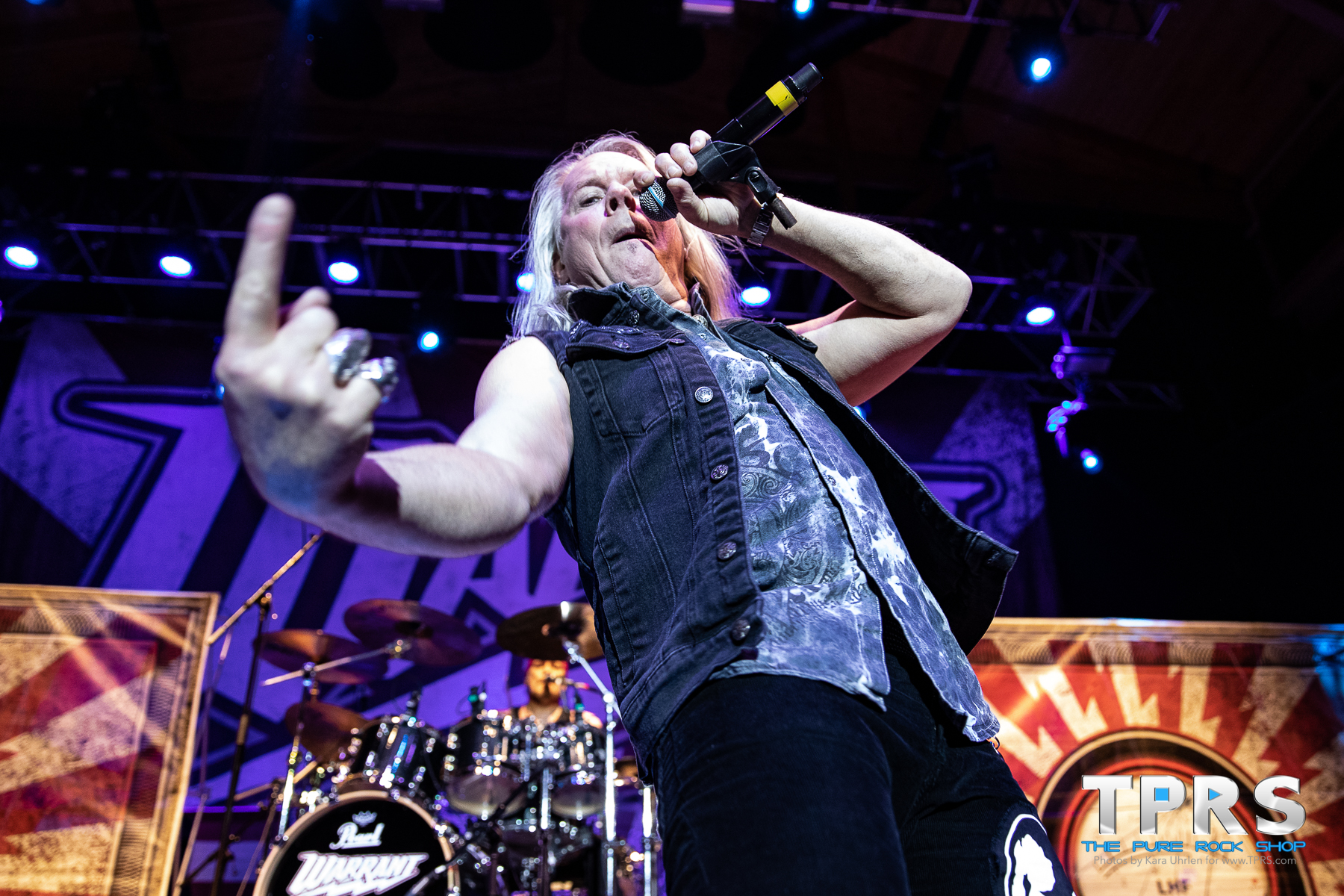 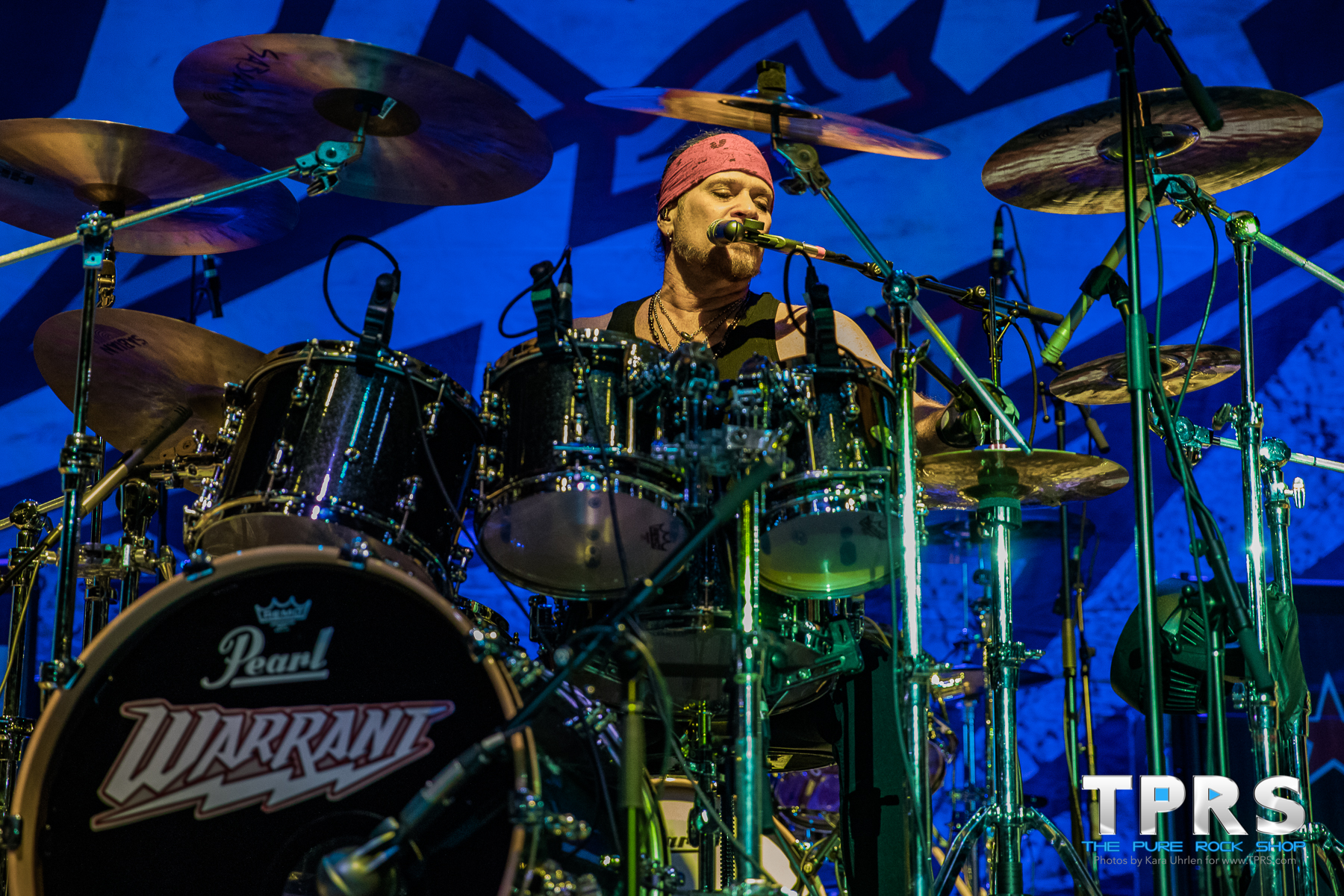 As the decades roll on, we find that not every band can keep original members in place.  We all know how challenging it is to keep a relationship with two people healthy for decades, so just imagine one with four or five. For the Skids, it has been a really long time since Sebastian Bach has fronted this band, but some people still haven’t come to accept it or even notice.  I kid you not, someone actually asked us how to get Sebastian Bach to sign something after the show…I told her to go to one of his shows!

I for one enjoy both bands, because they both have something to offer fans. Feel free to agree or disagree.  Just be glad we have the songs, and someone to perform them for us at a venue, because I sure don’t miss watching live streams from my couch.

So, for those ready to accept how things are, I’d encourage you to give Skid Row a chance, and take in the talents of frontman ZP Theart.  This guy has pipes and presence and is worth checking out.  He formerly fronted the British speed metal band Dragonforce who is currently headlining a killer bill that also includes Gus G.’s Firewind. (I encourage you to follow @ThePureRockShop, because I’ve got interviews with shredders Herman Li and Gus G. coming soon.)

The core band that brought us all those songs we love like “I Remember You,” “Youth Gone Wild,” “Slave to the Grind,” and more are still there kicking ass.  So, you’ve got Dave “Snake” Sabo and Scotti Hill on guitars, and Rachel Bolan on bass.  And, they are joined by drummer Rob Hammersmith.

Skid Row has a lot going on these days as they are joining the Scorpions for their Sin City Nights residency at Planet Hollywood in March and April, and continuing their Live to Rock tour with Warrant this spring and summer with other guests like Quiet Riot, Winger and Lita Ford joining them on select dates as well.  We also plan to catch up with them at the M3 Rock Festival again this May. 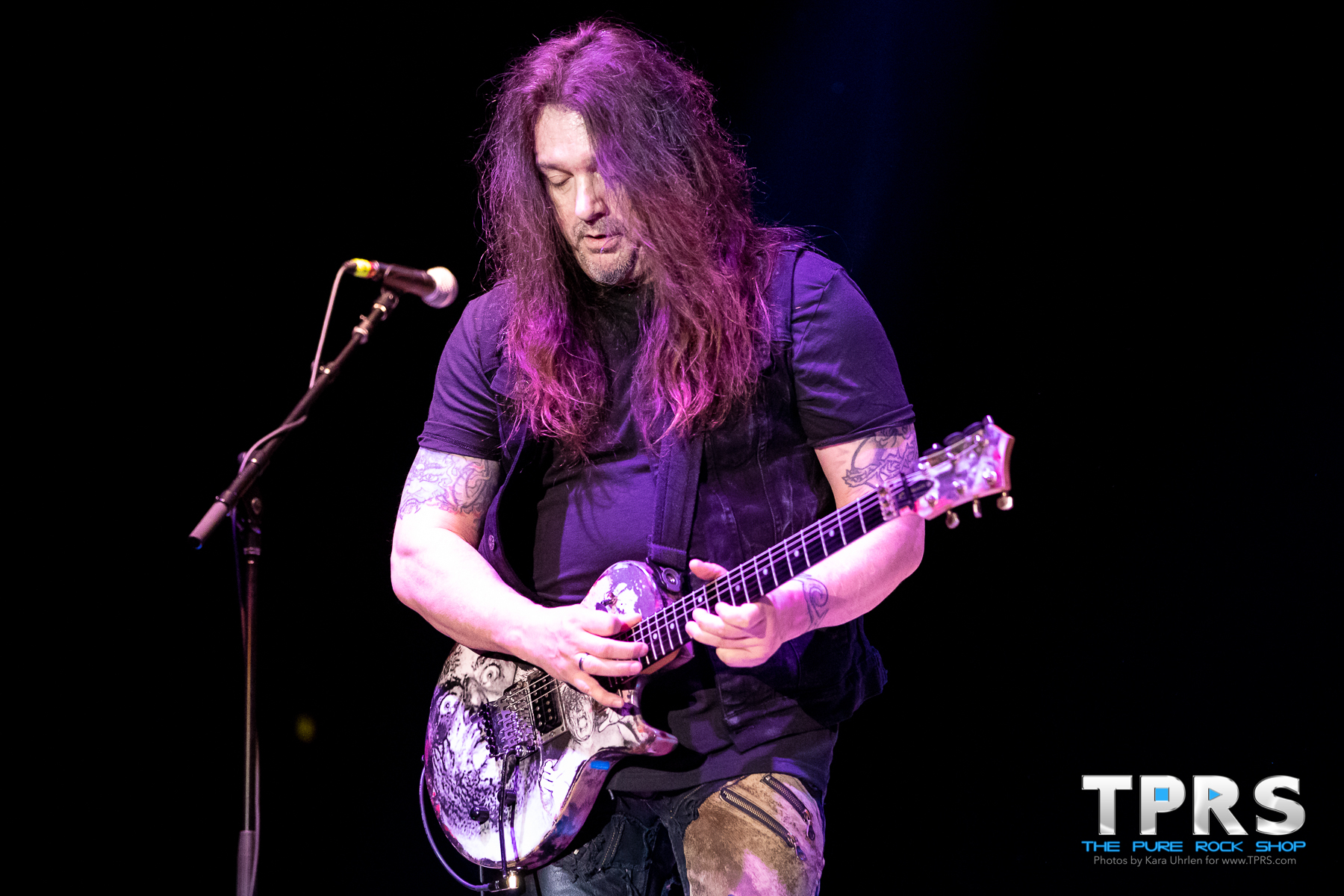 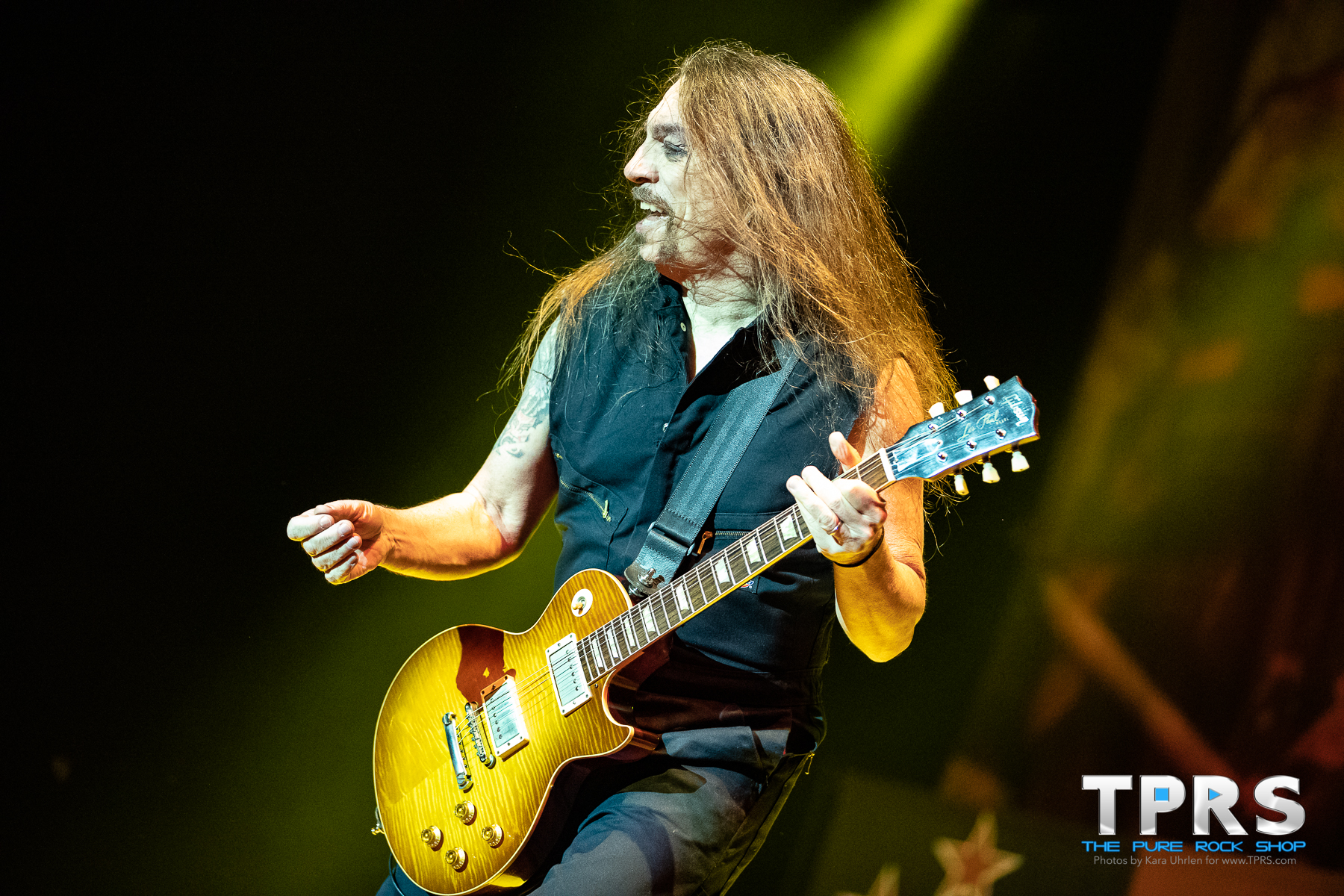 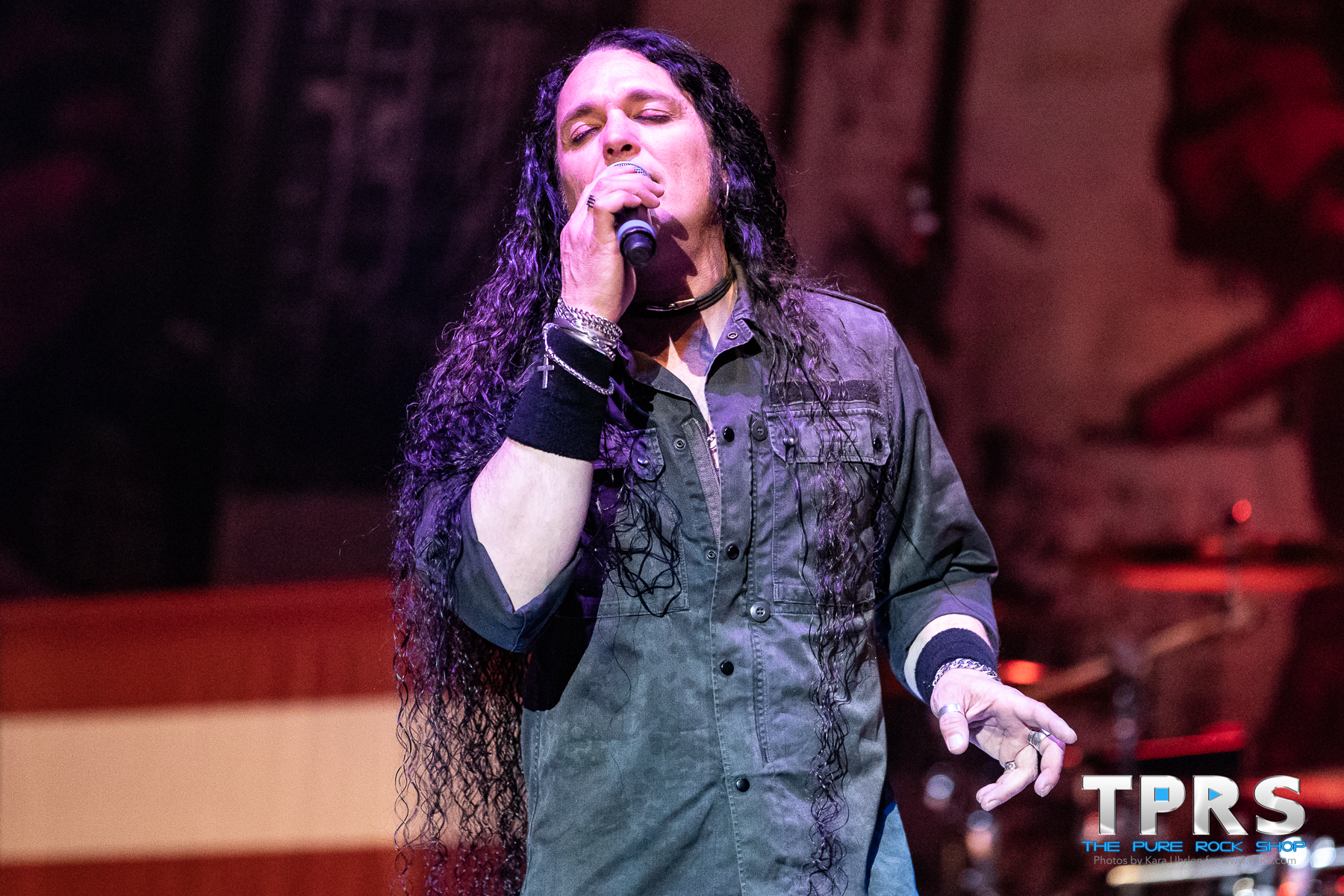 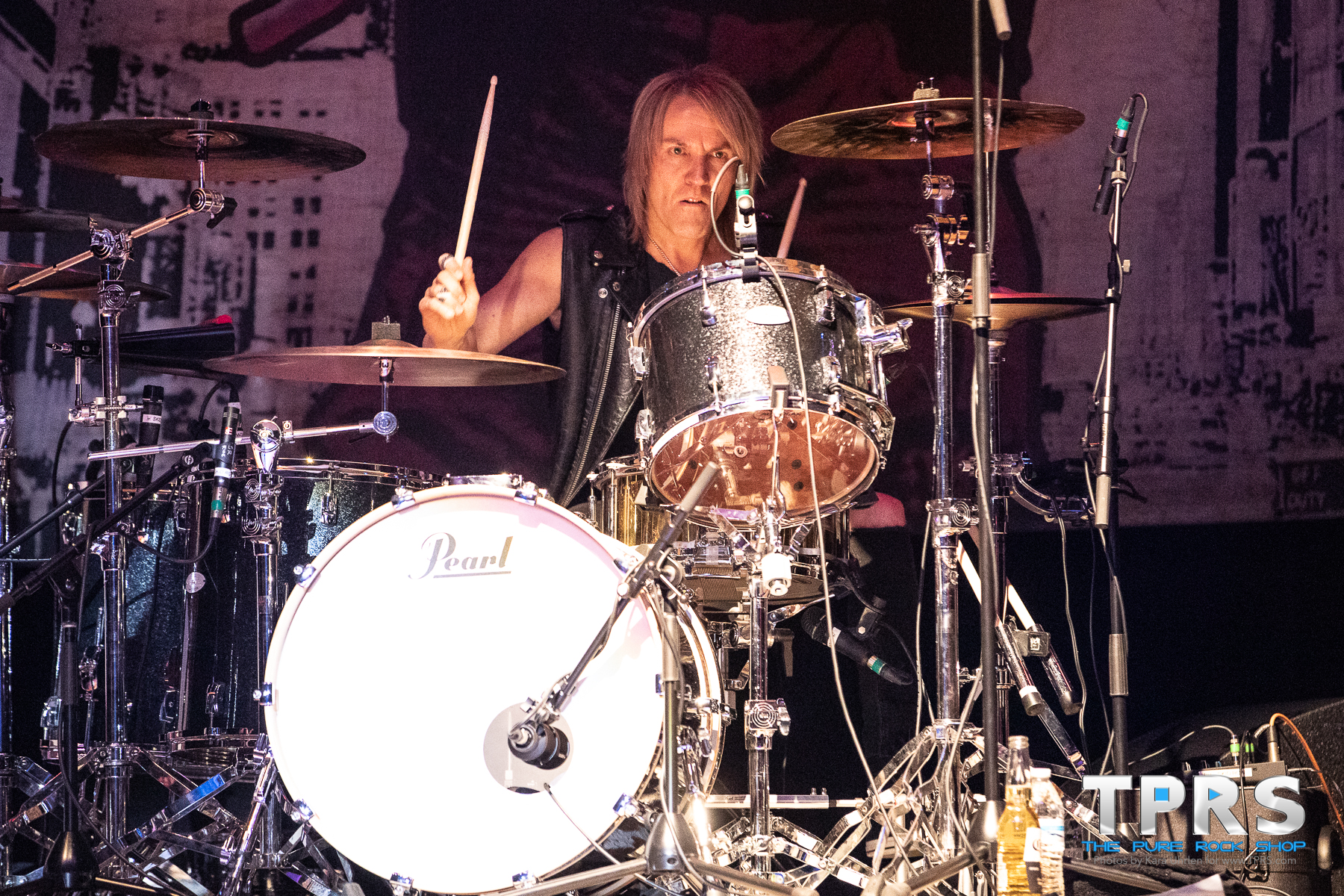 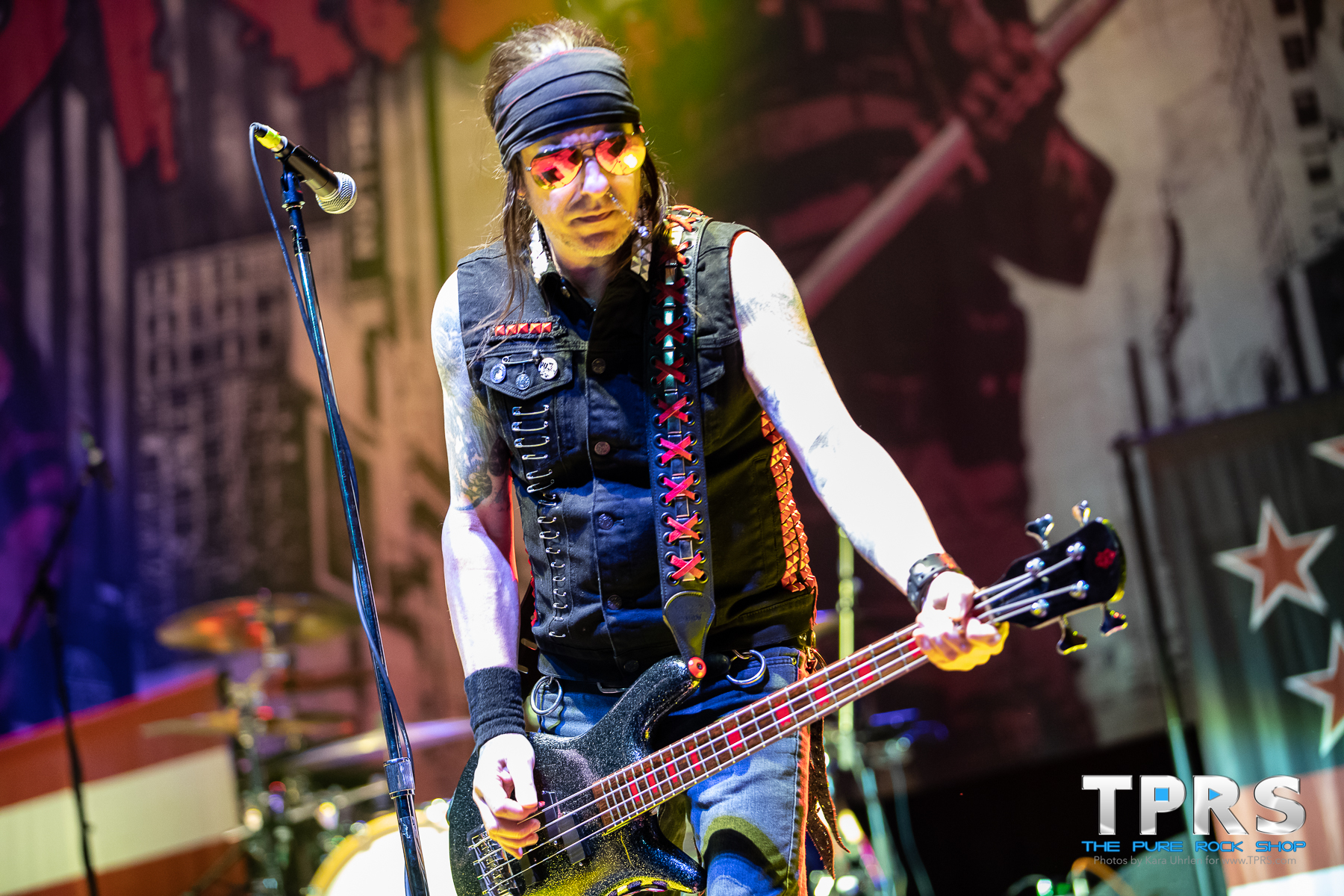 Follow us @ThePureRockShop on Facebook and Instagram for more from Skid Row latest this month with the Scorpions in Las Vegas, and coverage from Foreigner’s residency as well.  You’ll also find local show coverage like Buckcherry and Alice Cooper, Firewind and Dragonforce, Firehouse, Slaughter, The Fifth and more, as well as festival coverage including more from the Monsters of Rock Cruise and upcoming M3 Music Festival in May in Baltimore and Masquerade in Philadelphia in July, which is slated to include Tokyo Motor Fist and lots of other favorites like Beasto Blanco, Dirty Looks, and more!