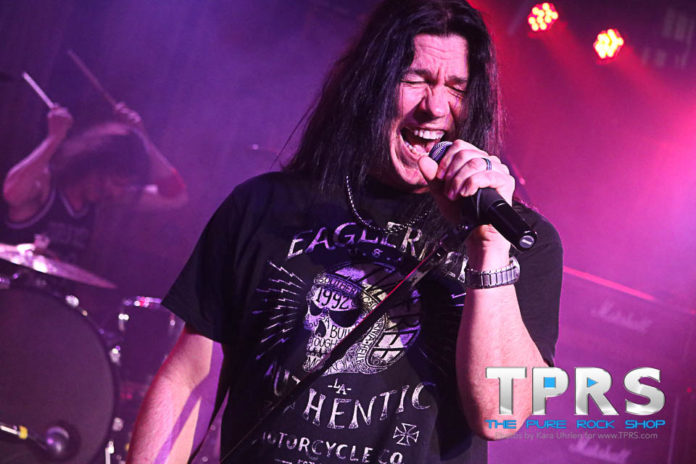 For nearly thirty years, it has always been a treat to catch Slaughter live from packed amphitheaters to intimate clubs, and last night’s show at Jergel’s was no exception.  Frontman and MTV-era heartthrob, Mark Slaughter was joined by bassist and partner in crime, Dana Strum, who jokingly told us before the show that he probably should have stopped when he started with Ozzy Osbourne and Randy Rhodes. However, he said that particular Ozzy album (Blizzard of Ozz) didn’t really sell all that well back then, so, soon came a tour. And well, touring really hasn’t stopped for Dana as he’s currently sharing time with Slaughter and the Vince Neil band these days despite circling that 60 year mark. 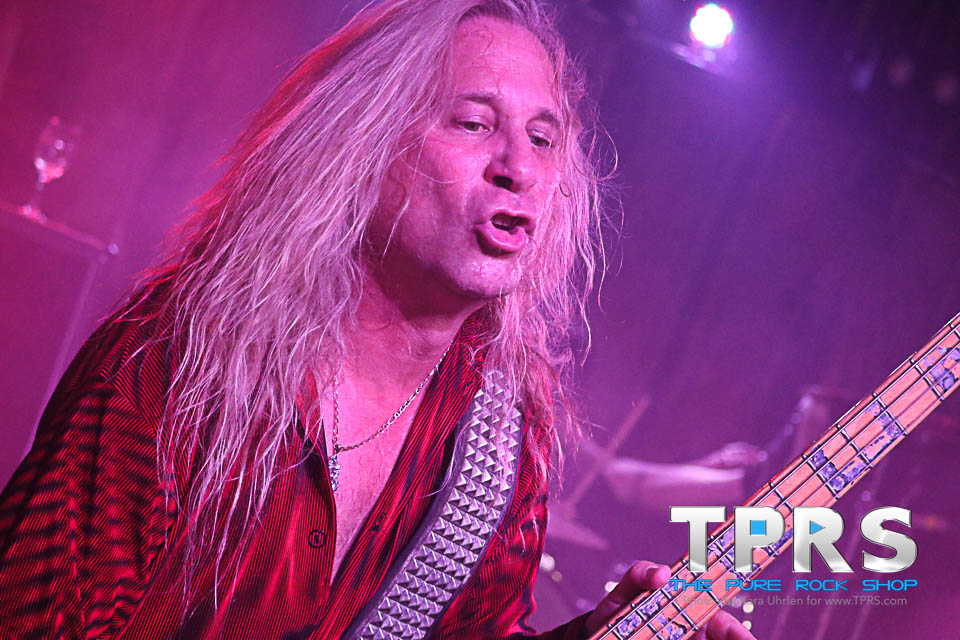 We were later left wondering why he’d even consider calling it a day if even in jest, because it may actually be possibly that Dana Strum is more lively on stage than ever these days.  And, Mark Slaughter still has women fighting in the audience over their spots in front of the stage and the countless supply of guitar picks that were getting hailed into the audience.

It only added fuel to the fire when Mark decided to take a walk off stage into the crowd mid-set and spend some quality time with those fanatical ladies.  Of course, Mark and Dana were joined by longtime Slaughter band guitarist Jeff Blando and the always entertaining Zoltan Chaney on the drums (and we do mean literally on the drums, the Marshall stacks, you name it!). 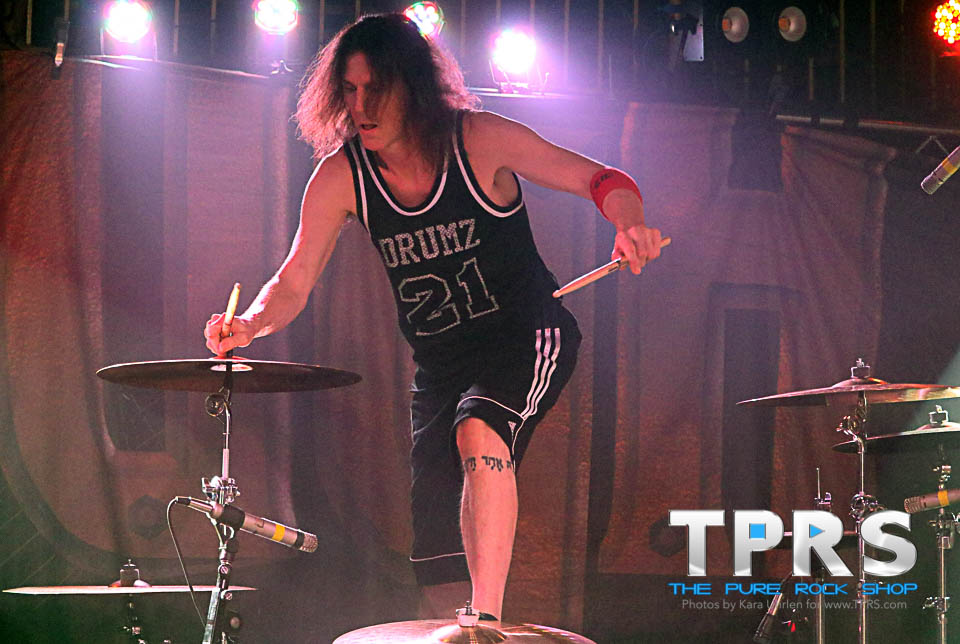 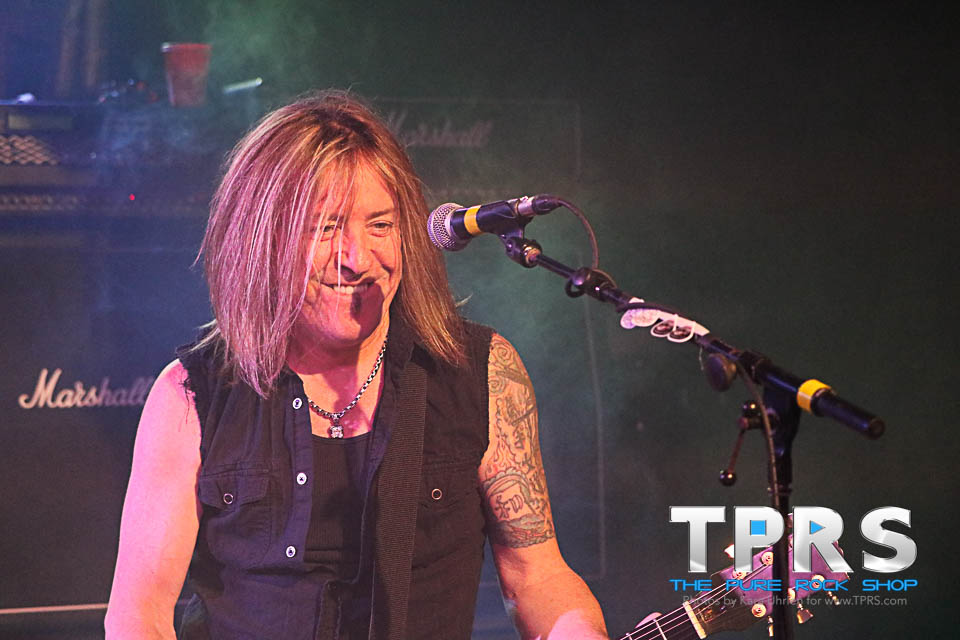 It was only appropriate given the atmosphere that they kicked things off with “The Wild Life” from the band’s second studio album, and left us reminiscing with other favorites that thankfully gave us an alternative to ‘grunge’ in the early nineties.  The set rested heavy on their first album Stick it to Ya and they included “Mad About You” and “Eye to Eye” before closing out the set with the big hits.  First, “Fly to the Angels” and then, without pausing for an encore, Slaughter proceeded to tear the roof off with dueling guitars and hard hitting rhythm, delivering their ultimate rock anthem “Up All Night!” 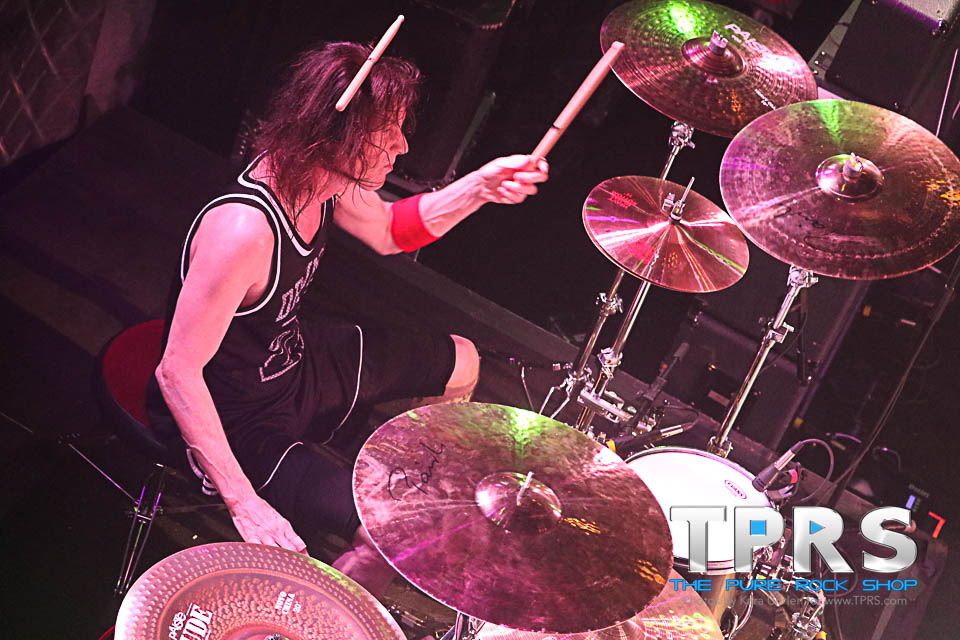 You’d think the most touching moment of the evening would have been a power ballad kind of moment, but instead, after Mark Slaughter saluted our armed forces, a veteran made his way, fighting through the crowd to connect with the band. First, quickly receiving a guitar pick in hand from Mark and then greeting Blando and Dana before retreating back through the crowd on wobbly legs with a smile on his face. 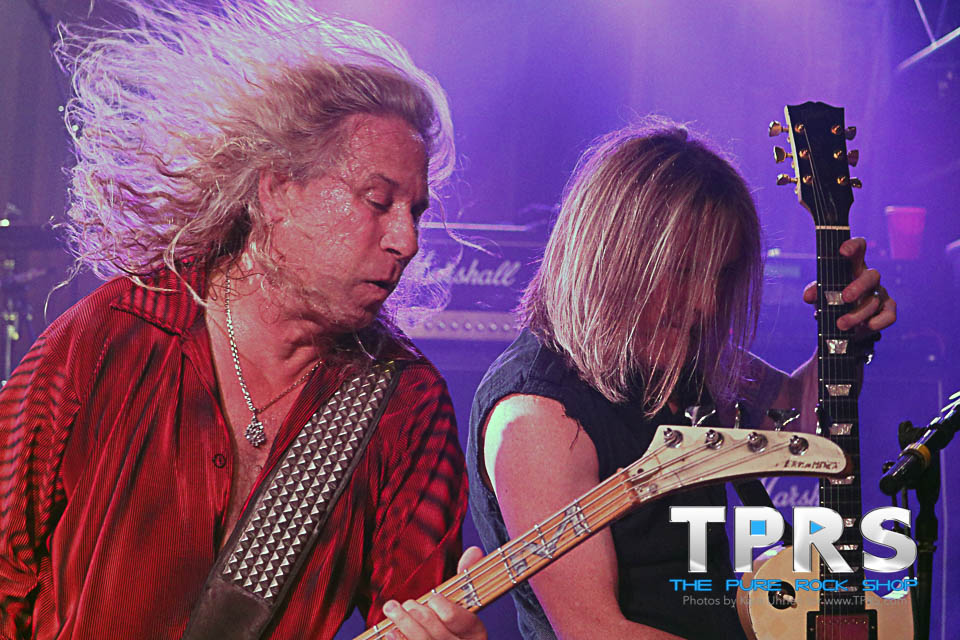 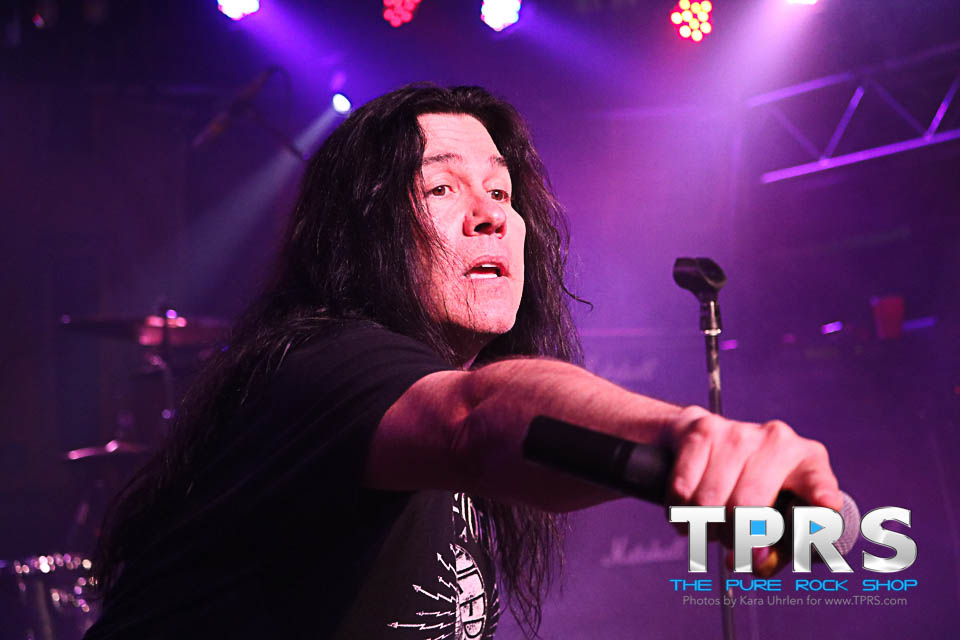 While it is always a good idea to leave fans wanting more, our only complaint would be that the set seemed a bit short after the strong build up to the show for this sold-out crowd on a Sunday night. So, we will leave you with a bit more.  You can check out the full audio interview we did with Mark Slaughter earlier this week for 91.7 FM WNJR in Washington, PA in advance of the show, where we discussed his new solo album Halfway There and the latest Slaughter news.

Be sure to follow us @ThePureRockShop, and check back here for more from the Slaughter band members Dana Strum Jeff Blando and Zoltan Chaney, as they’ll be through town again performing with Vince Neil on July 6 at the Meadows Racetrack & Casino just down the road from the radio station in Washington, PA, and follow Mark Slaughter for news on his own solo tour dates.