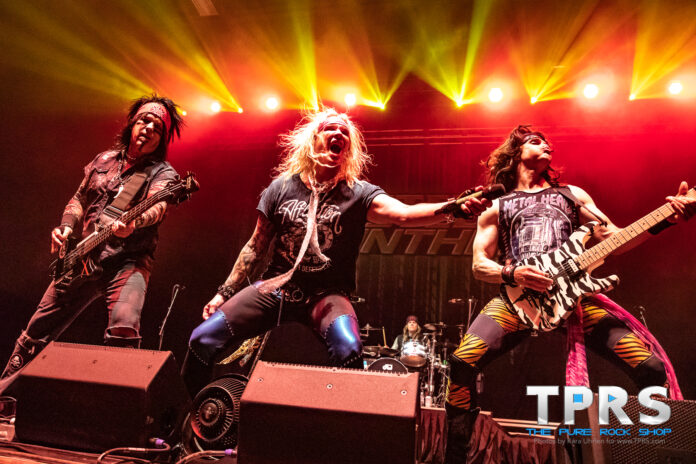 The guys from Steel Panther were looking for prey in the ‘Burgh on Thursday at their usual spot, the Stage AE, as they continue to torment the world on their 2022 Res-Erections Tour.

As many know, last year brought the devastating news of Lexxi Foxx’s departure.  Some say the shock may have actually hospitalized more people than COVID in 2021, but the band consistently has trouble with math.  In response to the news, Steel Panther had announced the Road To The Road Tournament to help them narrow the choices for a new recruit.  We’ve been told that Michael Starr, Satchel and Stix Zadinia worked with the public and whittled down the list of contestants to a number they could count as there were originally 1669 submissions. 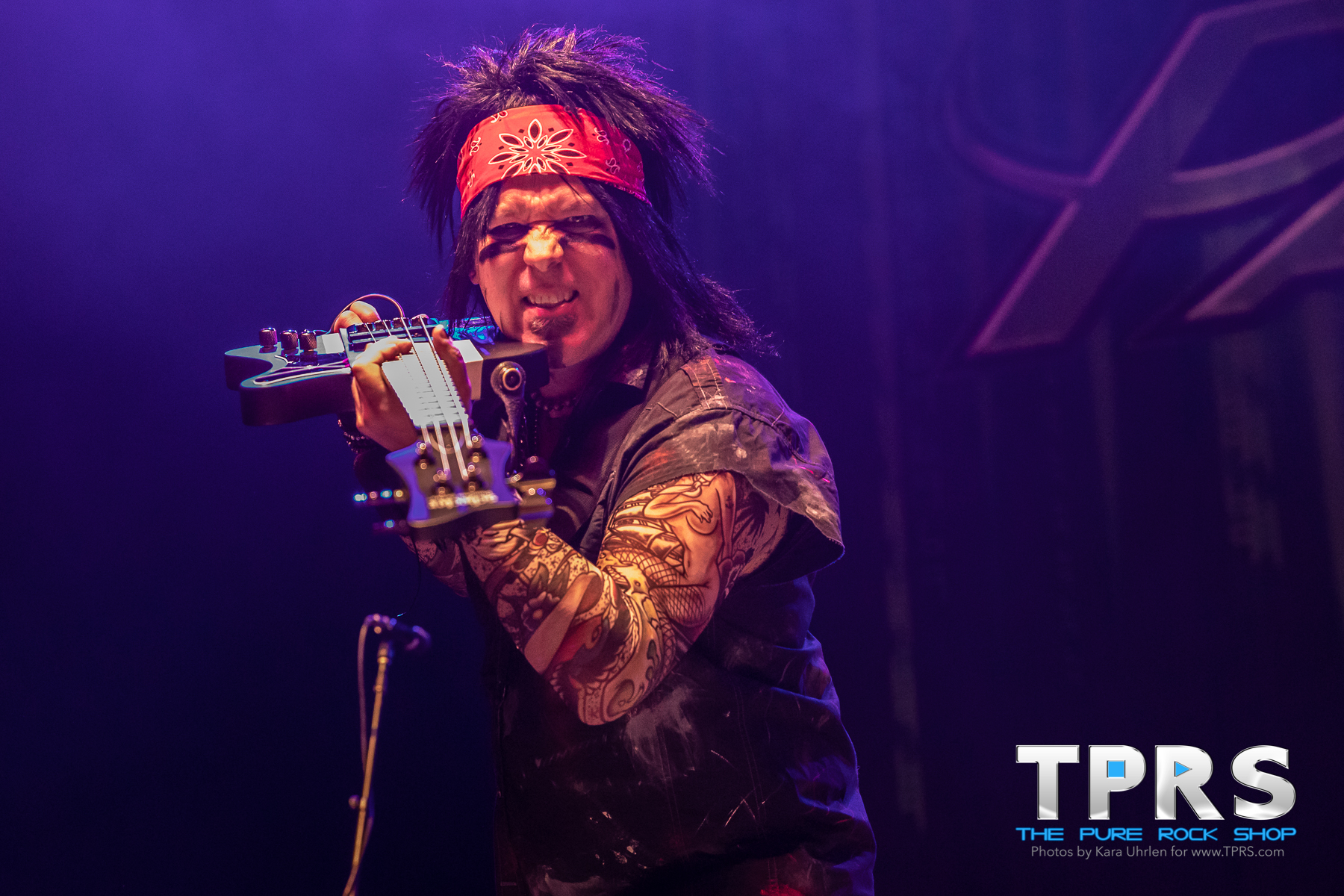 Meanwhile, we hear that Lexxi Foxx has failed attempts at “sex rehab” and moved on to a full-time career in “gay porn.”  Consequently, the fab three were joined by fill-in bassist Spyder this past week as they appear to still be looking for a permanent (and reliable) replacement for Lexxi. Spyder held his own, I mean, the guy can play bass.  He just needs to spend some more time learning how to catch.  You can’t perform a show right outside of the Steeler’s home at Heinz Field with a band that literally has “Steel” in the name, and consistently drop a hat when it is tossed at your bass guitar, am I right? 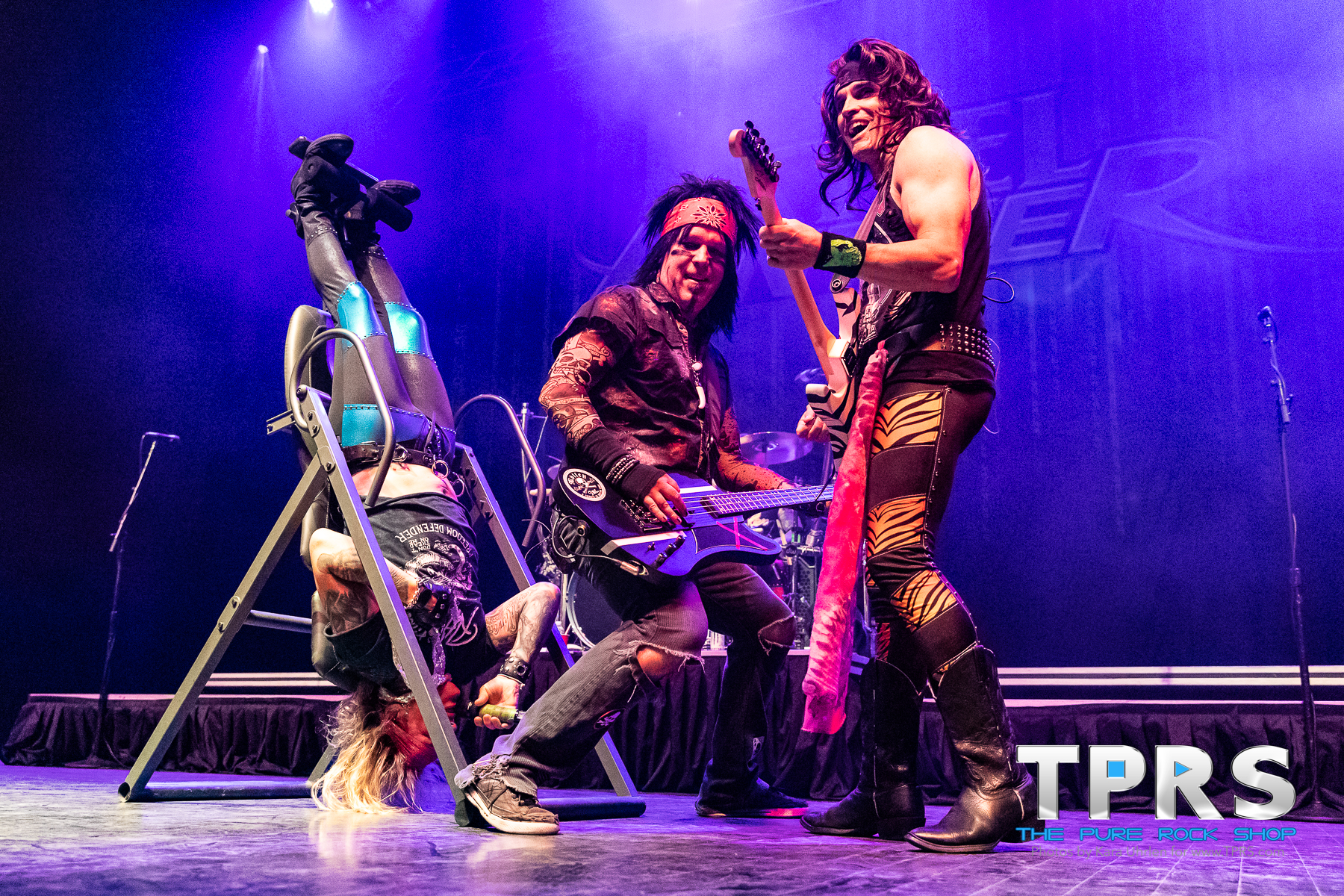 To recap, Harmless Habit lubricated the crowd before Steel Panther kicked off with the “Eyes of a Panther,” and the fun continued when vocalist Michael Starr decided to bring out an inversion table, and sing upside down! Not quite as funny as his Ozzy impression, but it was definitely another first for Stage AE. Starr could be found essentially standing on his head while belting out “All I Wanna Do is F*ck (Myself Tonight),” leaving himself vulnerable to the antics of his bandmates.  And if you don’t believe me (because I know there have been haters who think we just make this shit up), we’ve got the pictures to prove it! 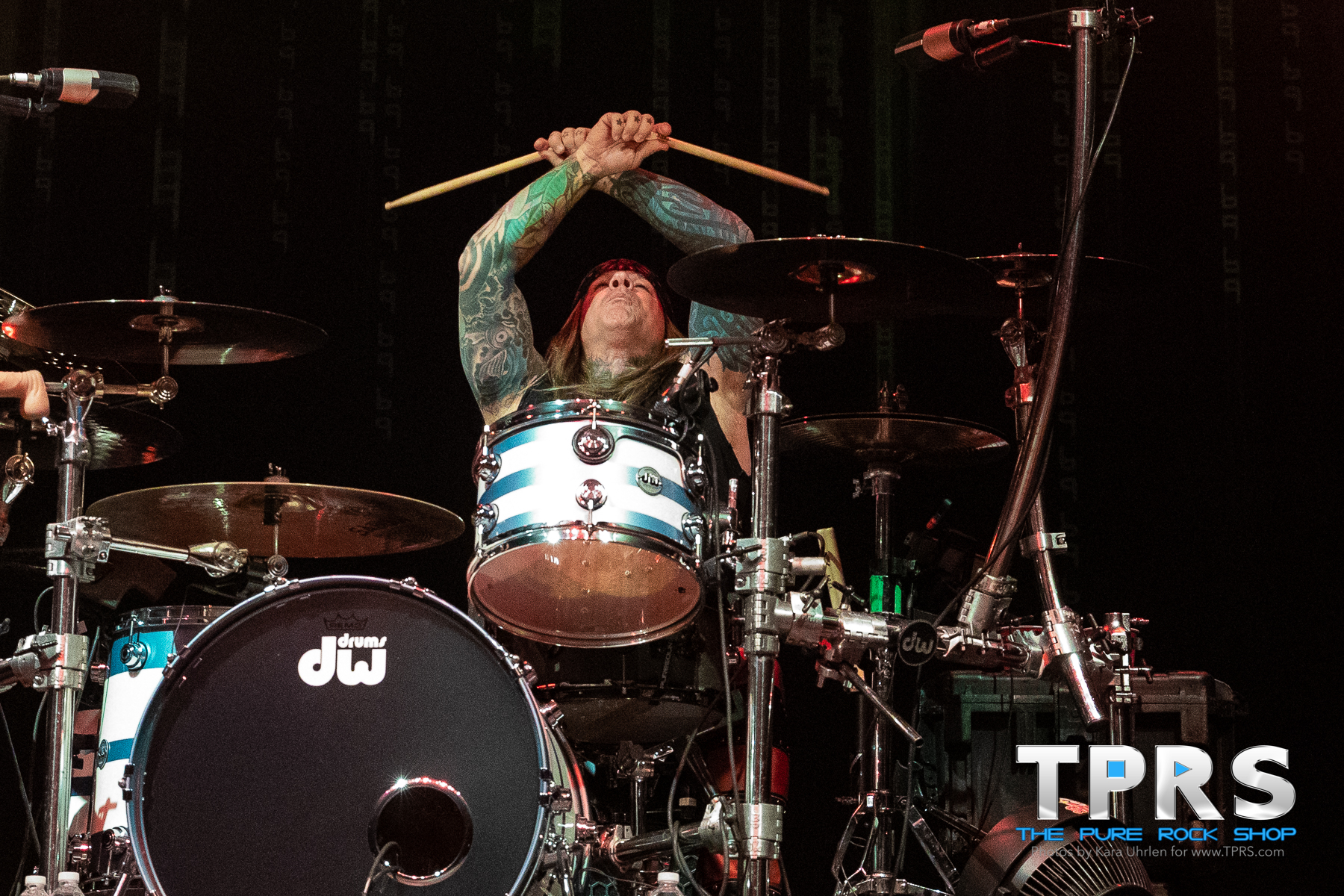 “Even though they are known for so many things throughout the world, we love Pfizer for their work in erectile dysfunction and their amazing blue pills. That is why we named our 2022 tour in honor of them. Those blue pills have made our world a better place. Res-Erections is going to be the party to not be missed and we are pulling out some surprises for these shows. If you lost your prescription or can’t see your drug dealer because of COVID, you won’t need a pill to rock this hard,” explains Steel Panther. 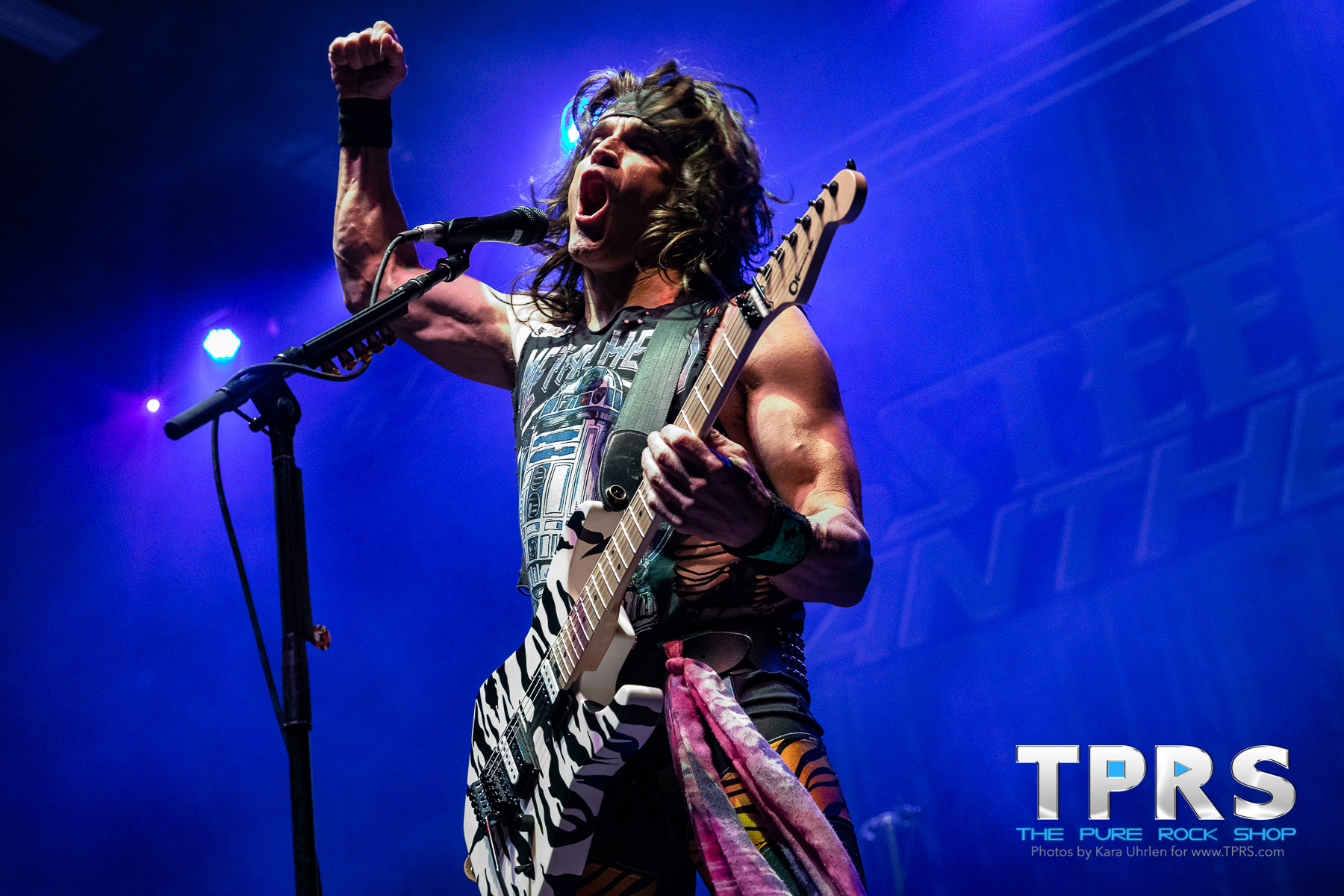 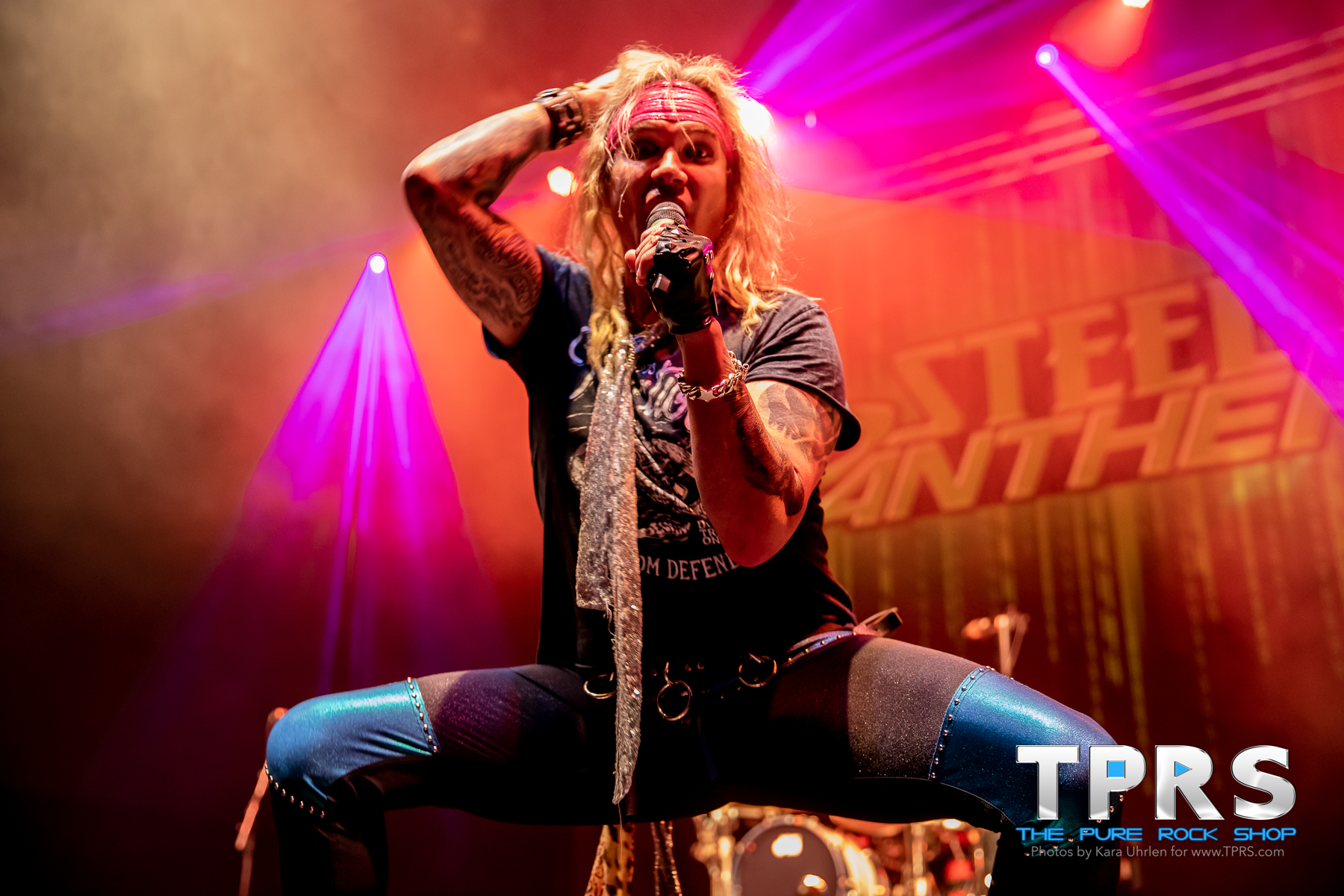 Follow Steel Panther on social or visit SteelPantherRocks.com for their current US tour dates, which we hear will include a special campground performance at Florida’s Welcome to Rockville later in May, and be sure to hit our archives for a nostalgic interview from the good old days.