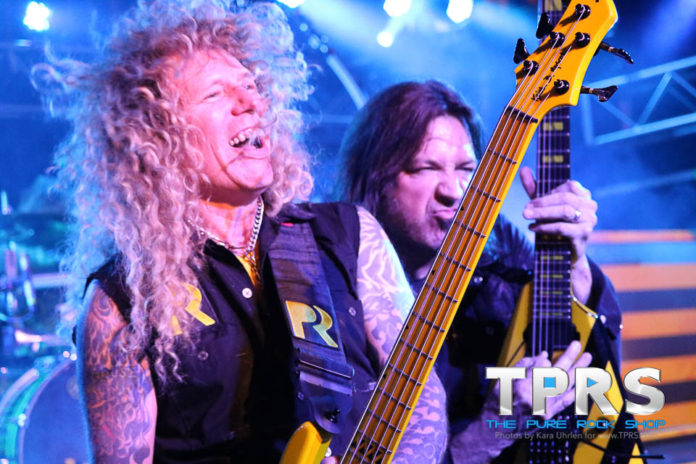 In support of their 10th studio album, God Damn Evil, Stryper performed at Jergel’s on Thursday, May 10 hot on the heals of festival shows for Frontiers Festival in Italy and Maryland’s M3 Rock Festival this past weekend.

Arriving late to the show due to our own daughter’s spring recital, I can’t fill you in on who opened.  We admittedly arrived late missing the first two Stryper songs due to their performance starting at an early 9pm.  But, when we arrived, the floor was packed with soldiers adorned in black and yellow – two colors our city of Pittsburgh wears well! 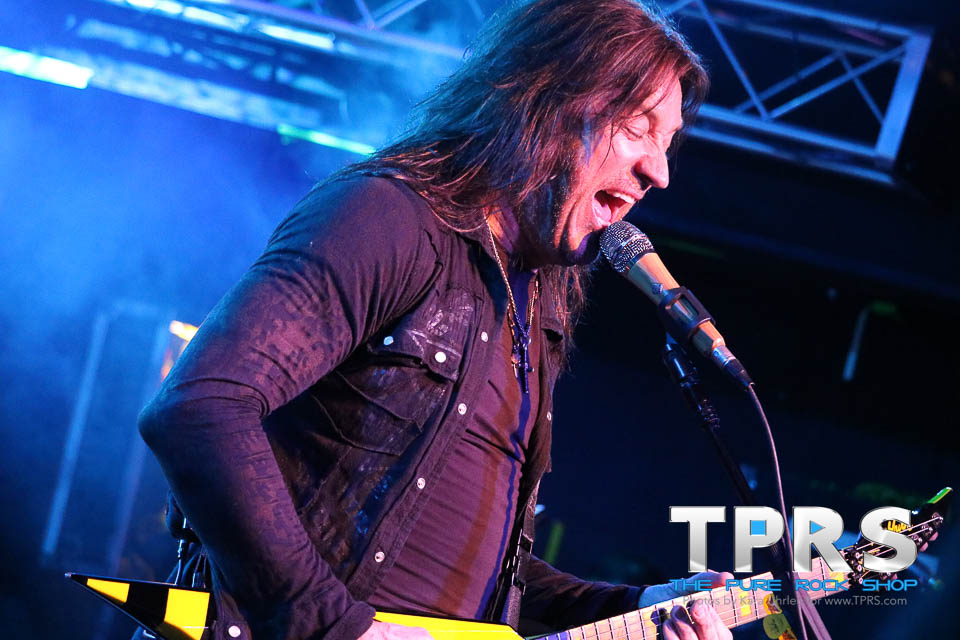 The Pure Rock Shop had caught up with frontman Michael Sweet in advance of the show to discuss the band’s new album, and how Stryper has evolved since my first time seeing them live at Duquesne University’s A.J. Palumbo center on their 1988 tour with Hurricane in support of In God We Trust some 30 years ago…

It was apparent at last night’s show that while heavier additions like “Sorry” and the album’s title track “God Damn Evil,” now round out the set, some things never change, including those much sought after copies of the New Testament that are tossed into the crowd during each show, which my partner in life and crime here still has from his spot in the front row back in 1988.  And, I’m happy to say, I now have my own, as do many who were in attendance last night. 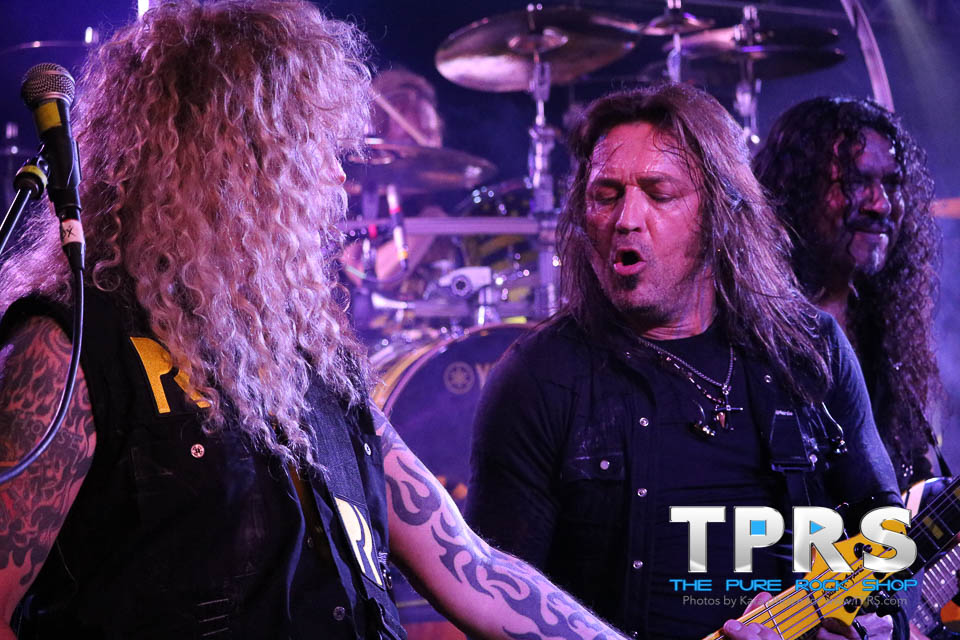 I’m really not sure what was more impressive, hearing a song like “Honestly” and having it take me back to my childhood or watching fans singing along to the tracks from the new album like they’ve been part of their lives just as long? Perhaps it’s that Stryper is still true to their biblical origins lifting us up with songs about God’s love and evil’s peril. 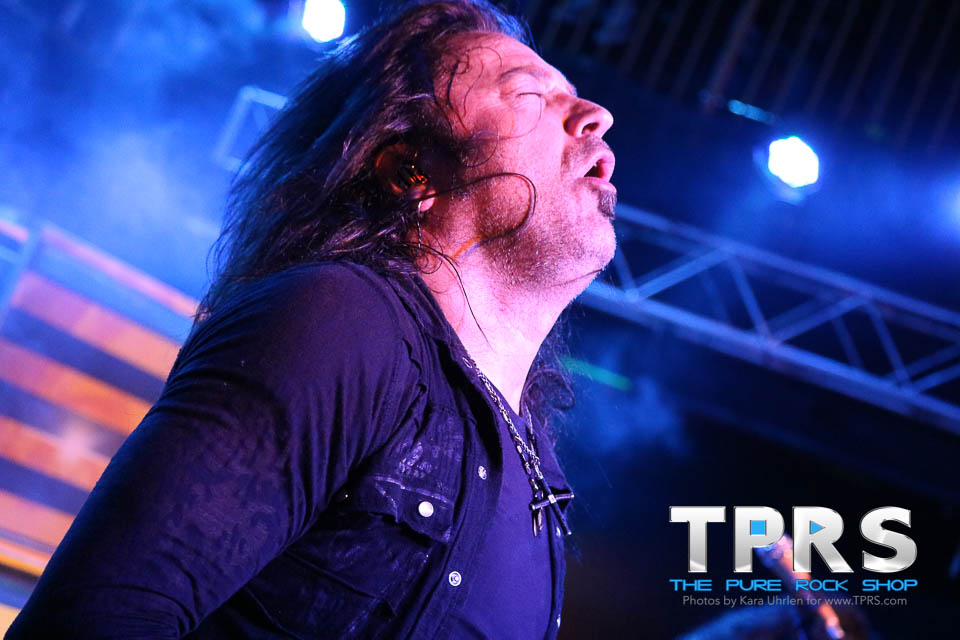 Having walked in late, I can tell you that the sound coming from inside the bar was without a doubt genuine, raw, and electric with energy and the view from the front was no different. So, like most fans, we enjoyed the laugh the band had in response to accusations about vocal tracks on the web this past week.  Actually, with new addition Perry Richardson sporting the band’s colors proudly and singing along next to Oz Fox on supporting vocals, Michael Sweet was sounding better than ever! 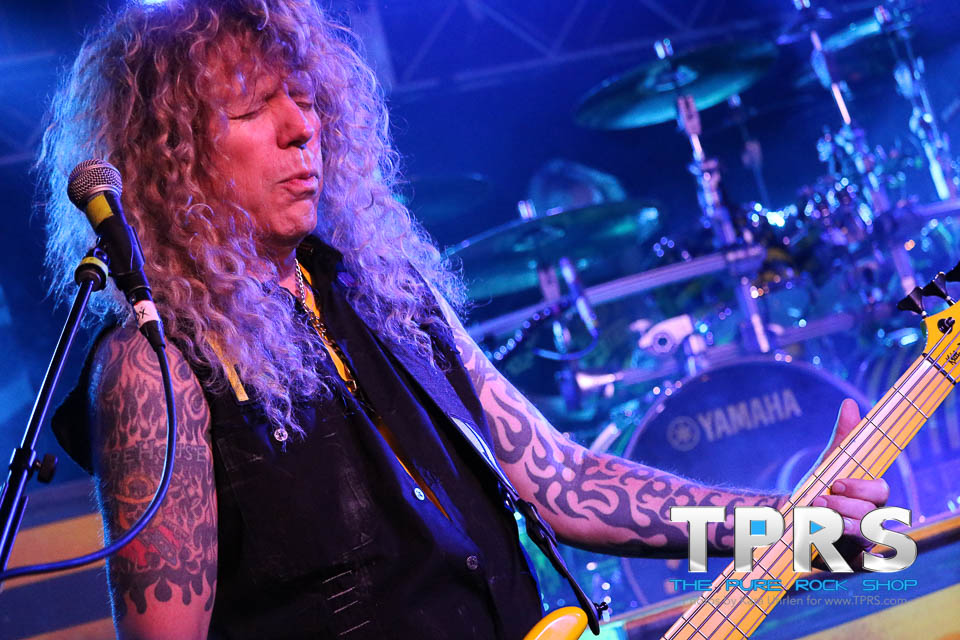 Stryper’s tour is just ramping up, so check out http://www.stryper.com for the latest dates and download the Stryper app for secret access to the band.  And be sure to follow The Pure Rock Shop for more tour coverage including GRAND ROCK TEMBER MUSIC FESTIVAL this September 6-8th in Hinkley, MN, where Stryper will perform on Friday, September 7th alongside Winger, KIX and Ratt.