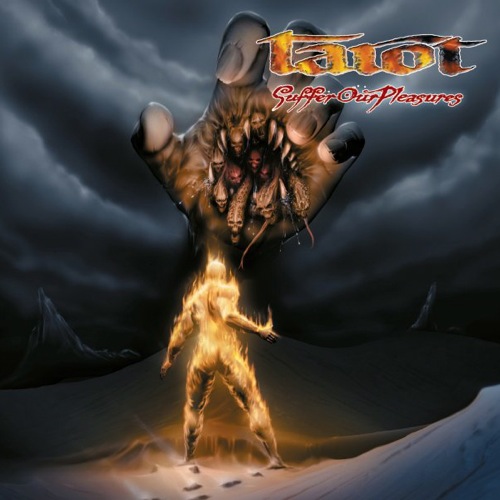 Tarot is one of those bands that over the years I had read about or heard about but never had the chance to hear. Based out of Finland, Tarot returns after a long absence with “Suffer Our Pleasures”. Bassist / vocalist Marco Hietala is also a member of Nightwish.

While sticking to their roots from the past obviously, Tarot is not afraid to mix in some more aggressive leanings into their repertory as well as some brief hints of progressive metal for good measure. For the most part vocally, Tarot calls to mind German legends Grave Digger and Running Wild, especially with the gruff nature of Marco’s vocals (which immediately strike you on the lead track “I Rule”). Brother Zachary Hietala offers up the razor sharp guitar riffs which further ensure this will not be a “happy power metal” romp. “Undead Son” is the stellar track of the disc with its foreboding tone and vibe. The use of keyboards on “Suffer Our Pleasures” are actually complimentary rather than an annoyance. This flavoring allows for musical comparisons to Pretty Maids.

While Nightwish may be the more successful band of the two, Marco’s decision to put out a new Tarot album was most welcome. The songs are strong enough overall to warrant a perusal of Tarot’s back catalogue.